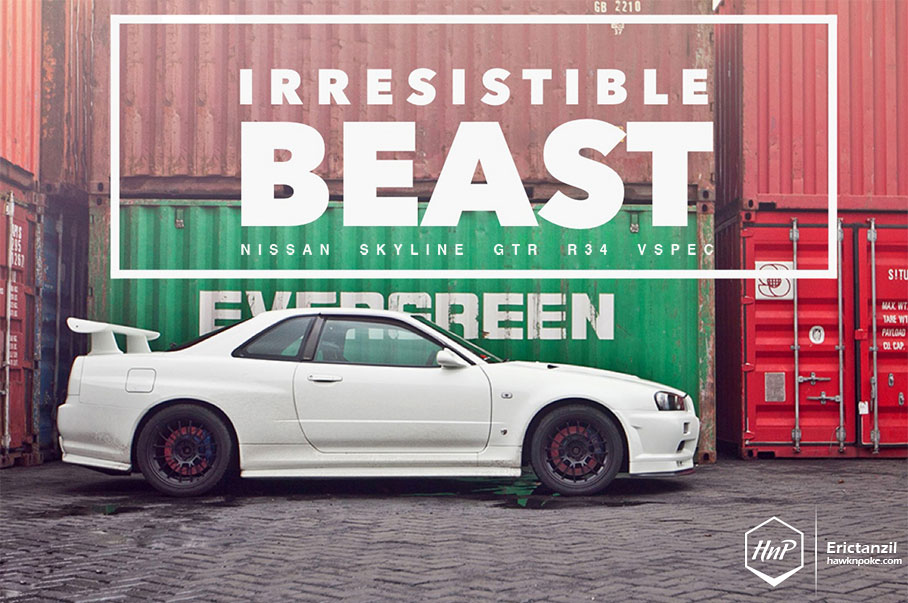 “Race car is a show car but a show car isn’t always a race car,” said Mr. F, owner of today’s GT-R from Surabaya, who also happened to be the owner of Evolution IX we featured weeks ago. I found his quote to be rather interesting and fairly true. Drive a modded (or even stock) GT-R to a meet and see for yourselves what will happen next. Bystanders would irresistibly turn their heads and some will swarm over the engine bay once the hood is popped. There’s a certain charisma inhibited by these Japanese beasts that has touched each and every one of us. Coupled with the GT-R’s rarity on our land, they have truly become the legendary irresistible beasts. 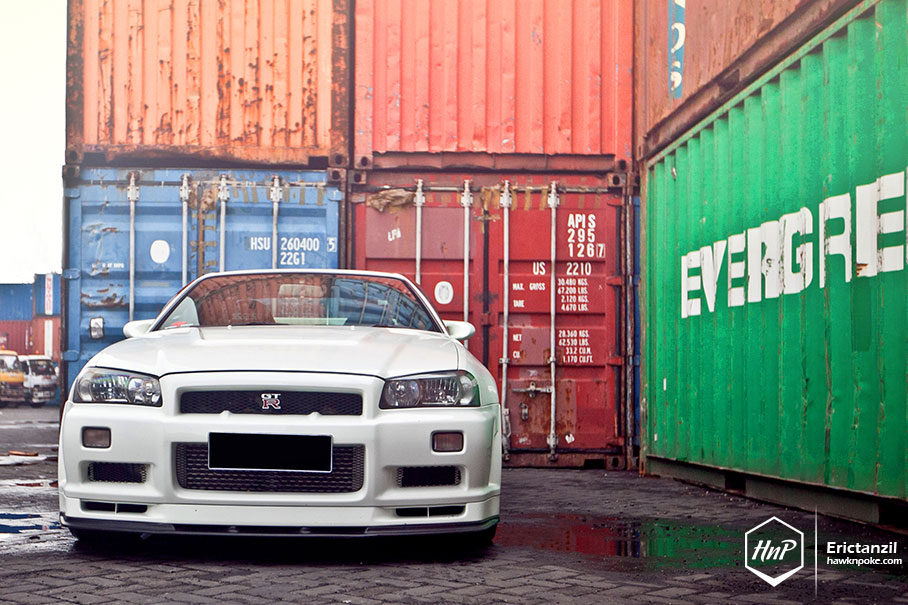 Mr F, being a Japanese car fan, has quite an interesting collection up his sleeves, among which are three R34’s. I kid you not, his other R34’s are the Nür and a Midnight Purple V-Spec II. This is his V-Spec R34, acquired about a year ago, and has been upgraded with some pretty mild GReddy setups underneath the bonnet. 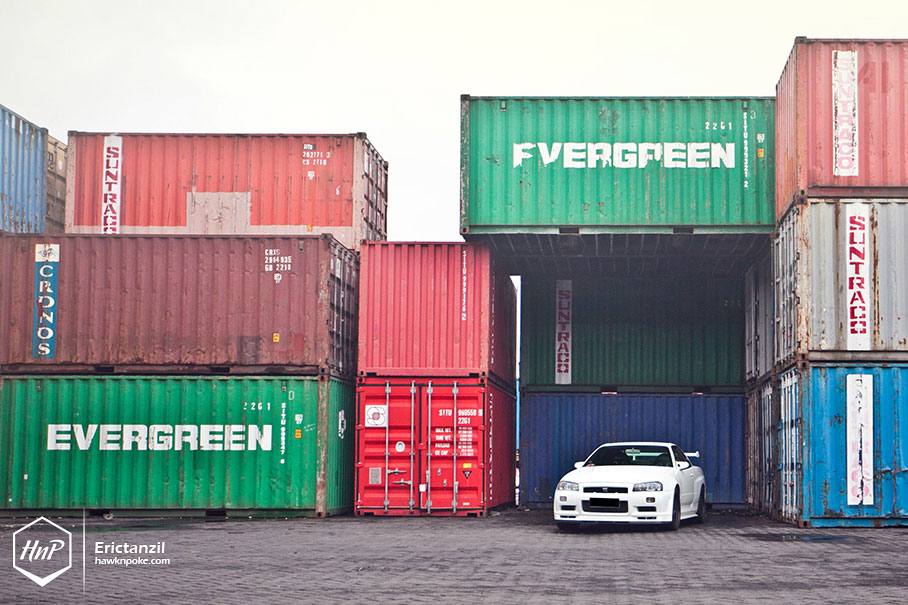 It was a love at first sight. Last year Mr F visited Jakarta to inspect two GT-R’s that he’s been interested in: this particular R34, and another being R35 Track Pack. First stop was to have a look at the R34. Upon inspection, he couldn’t help but to admire the R34’s near-stock exterior and mild engine upgrades. The perfect candidate to be added to his collection. 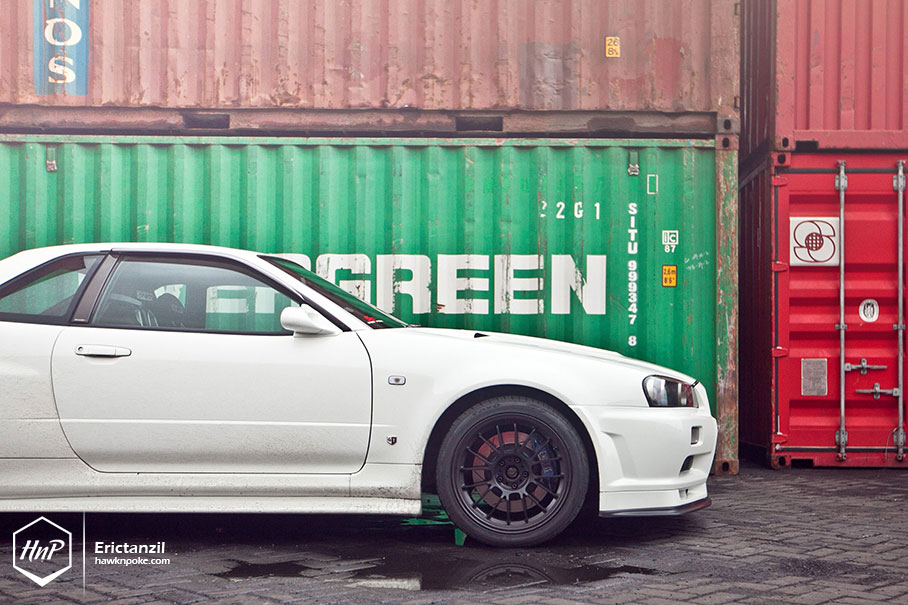 Without any second thoughts, he immediately closed the deal and decided to cancel the R35 visit. “I could’ve bought the R35 anytime any day, but finding such a great R34 is the one opportunity I shall not miss,” said Mr F. Even on the same day he purchased the R34, he received two other offers from his friends, offering him some extra Rp 100 million to get the beast out of his hand. 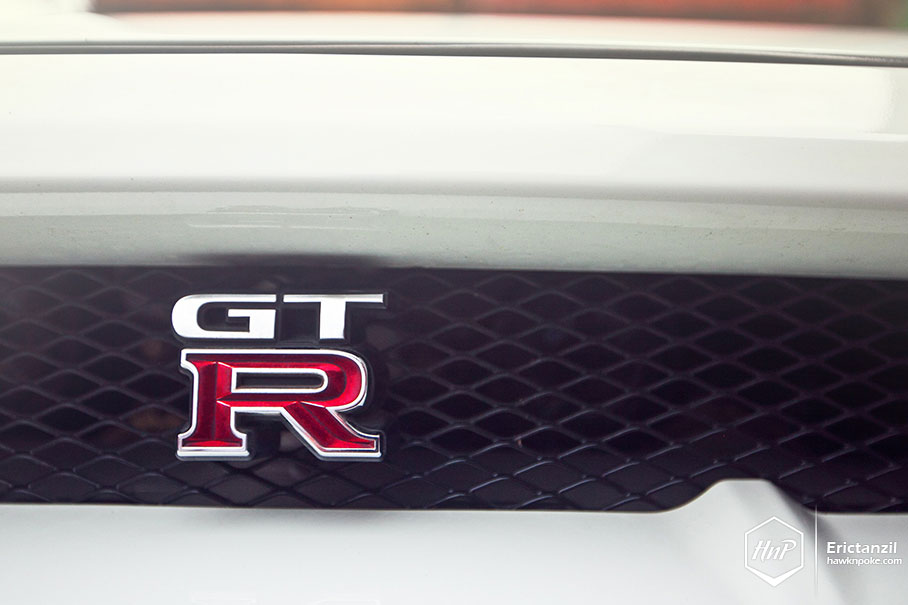 The badge of honor. Often replicated but never duplicated. Not the GT-T nor the GT-S. Proper RB26DETT underneath the bonnet, complete with V-Spec (Victory Specification) setups such as Active rear LSDs and intake/exhaust gas temperatures display. 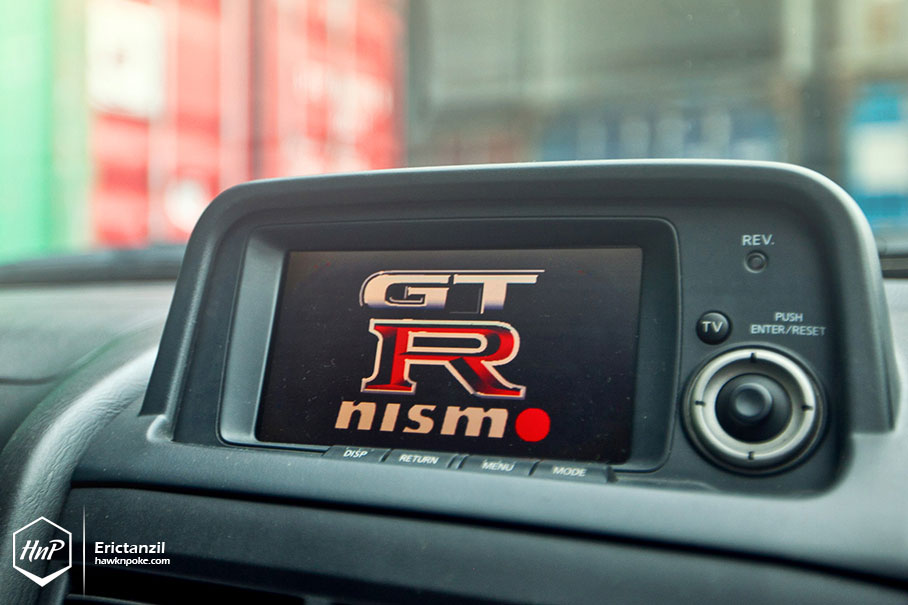 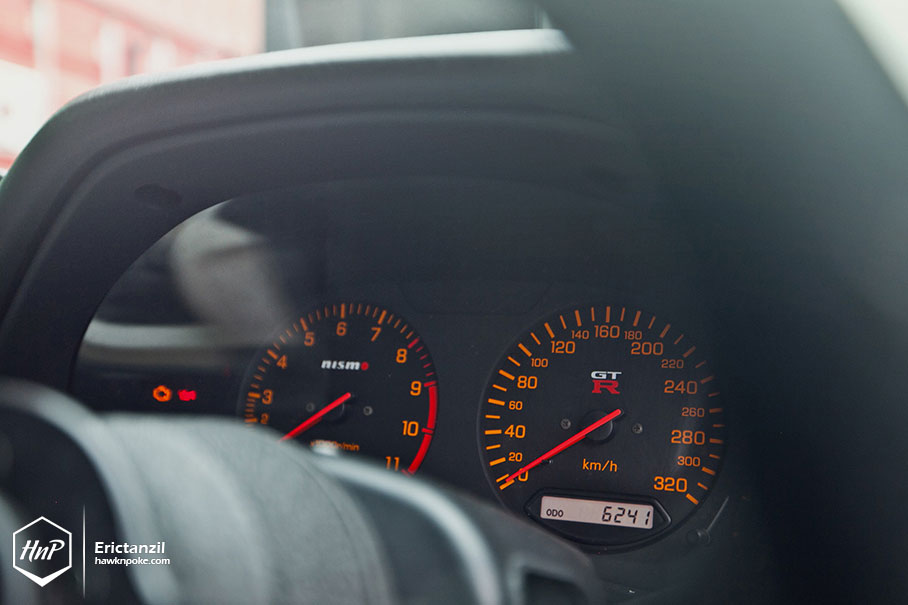 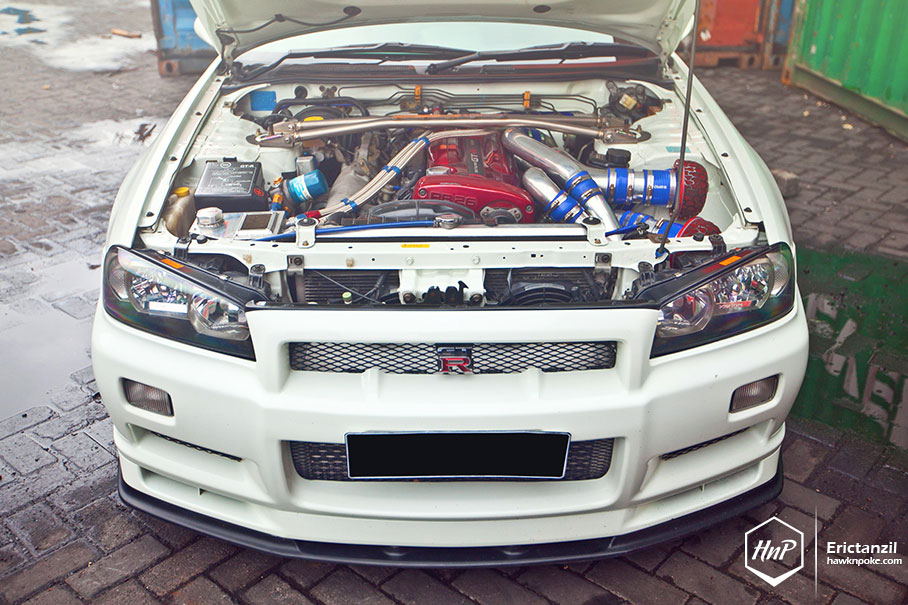 Exterior-wise the car has been left near-stock, apart from the Top Secret hood, Ganador mirrors and NISMO add-ons. But quite a lot of work has been done inside the engine bay. From GReddy bolt-on turbo upgrade, air flow kits to HKS Fcon V-Pro, the GT-R has been thoroughly set up for great daily driving experiences. Deemed by some as one of the most effective and simple turbo upgrades for the GT-R, the GReddy T517Z turbo kit is capable of pushing up to 588ps at 1.5 bar when required. 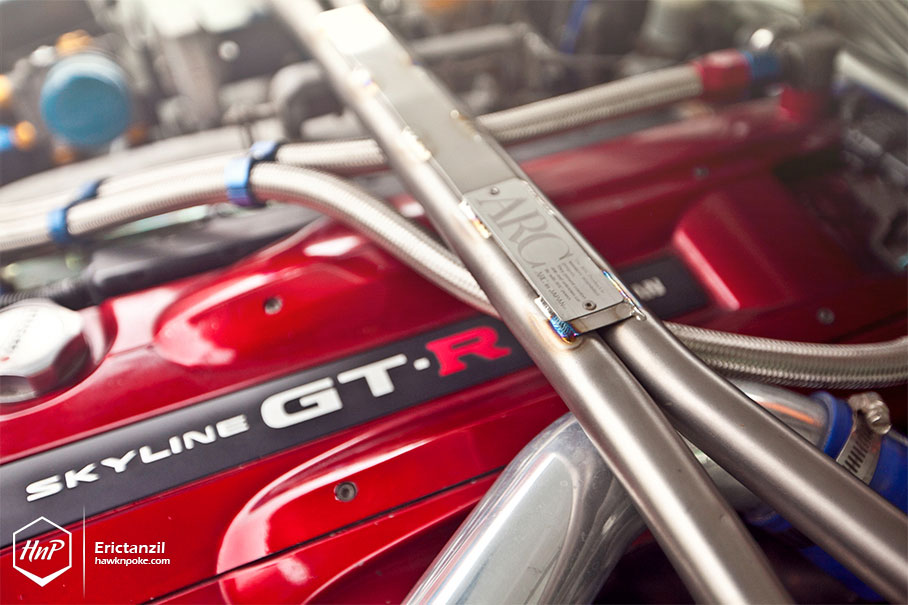 ARC front strut bar has also been installed to enhance the ride’s handling and to keep up with the power upgrades. Coupled with a set of Tein Type Flex coilovers, such a setup has greatly improved the stiffness and cornering capabilities of the beast. Despite being rolled off the factory floor as a V-Spec with lower ride height and stiffer suspension, nothing can truly beat the flexibility and customizability of such a coilover setup. 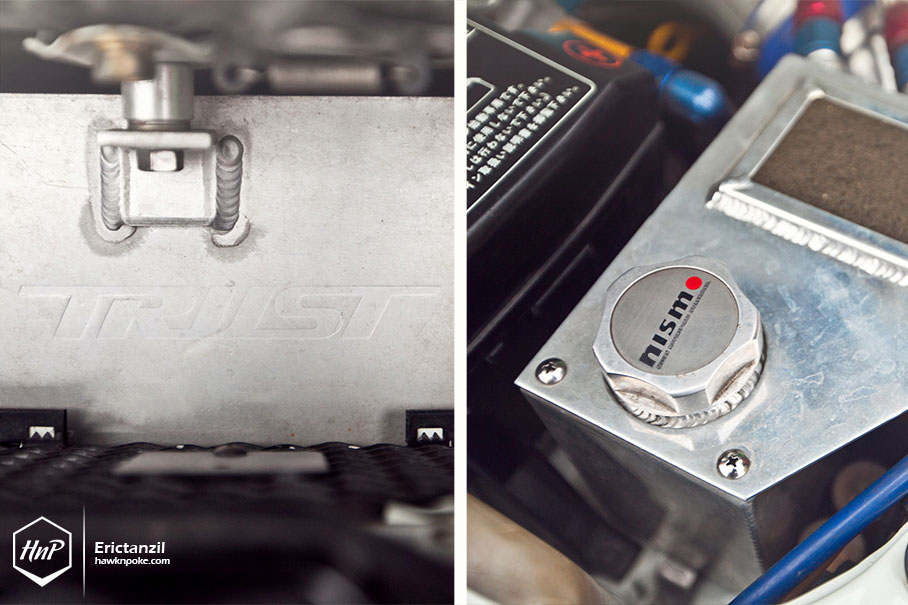 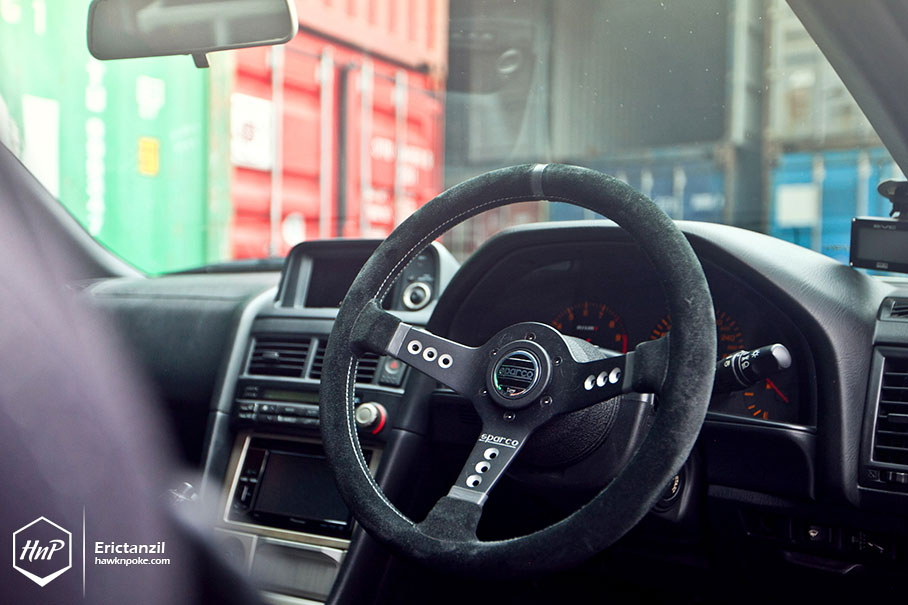 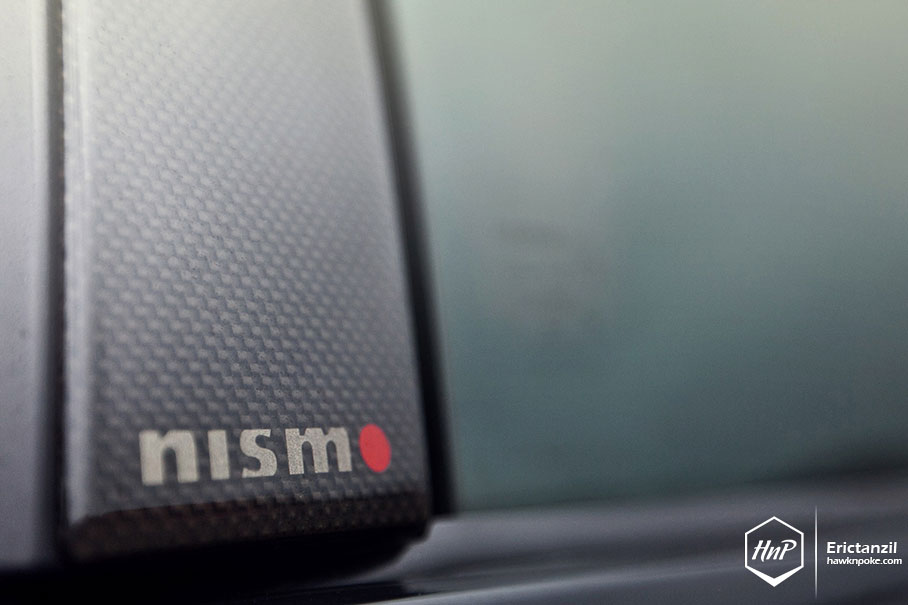 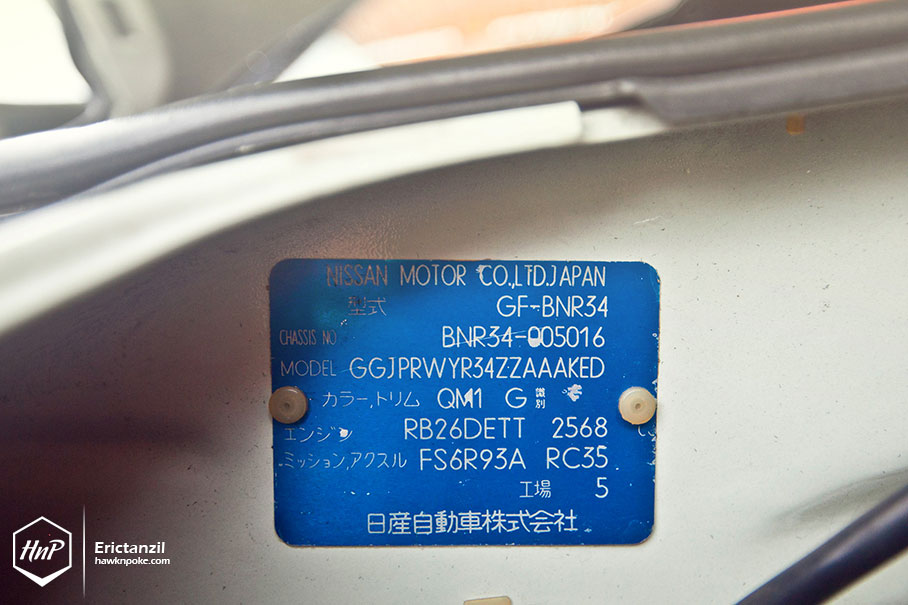 The seal of authenticity. BNR34 chassis with RB26DETT. 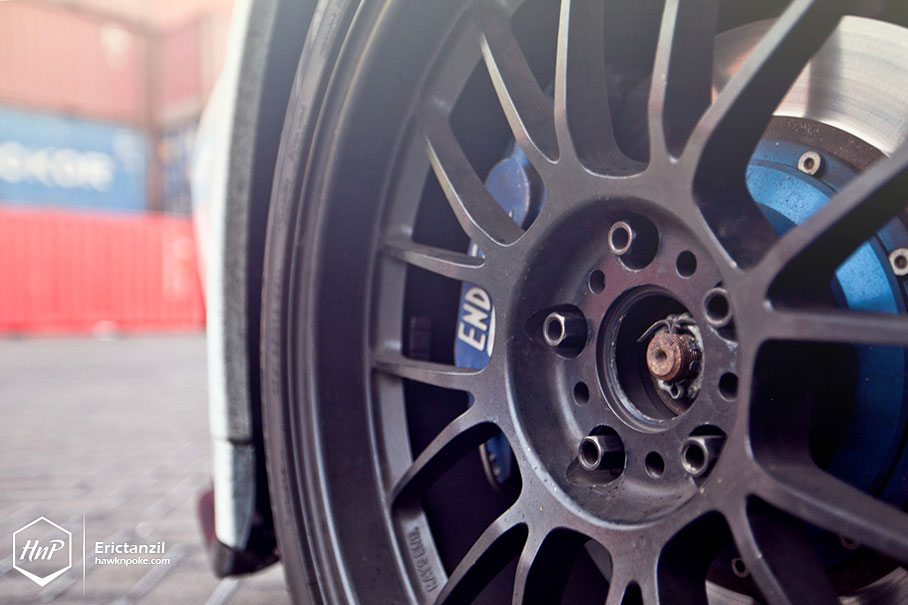 Footworks-wise Mr F relies on a set of forged Rays SE37K. Yes, you might’ve never heard of the model code before, as I believe they’re no longer in production. This fact simply makes them as rare as the car itself. Often regarded as one of the lighter wheels ever produced by Rays, these SE37K’s are always ready to take all those horsepowers down to the streets. 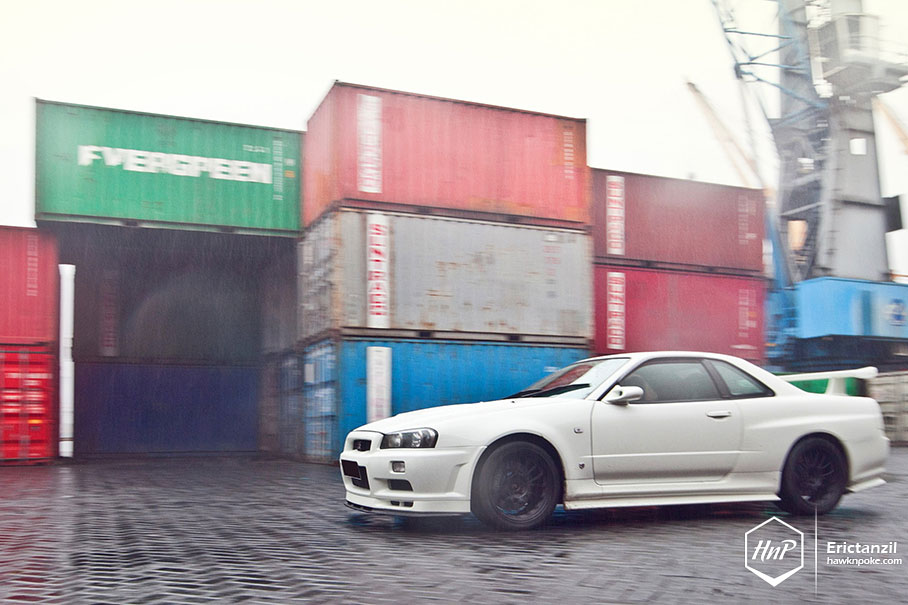 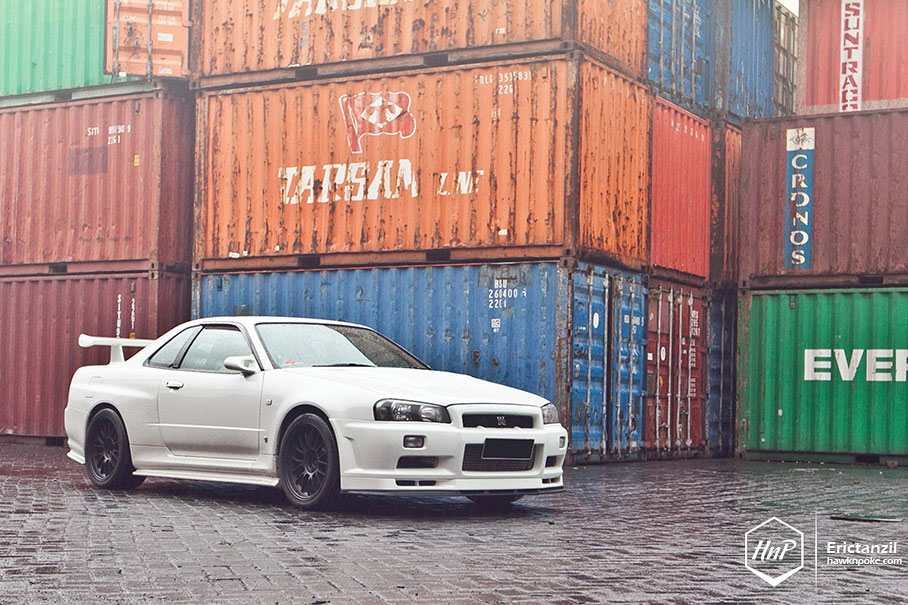 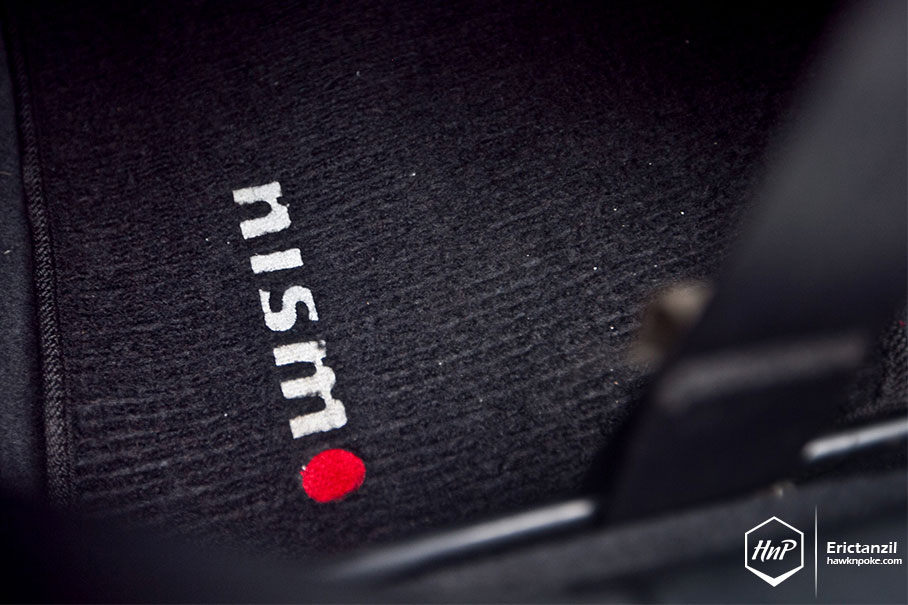 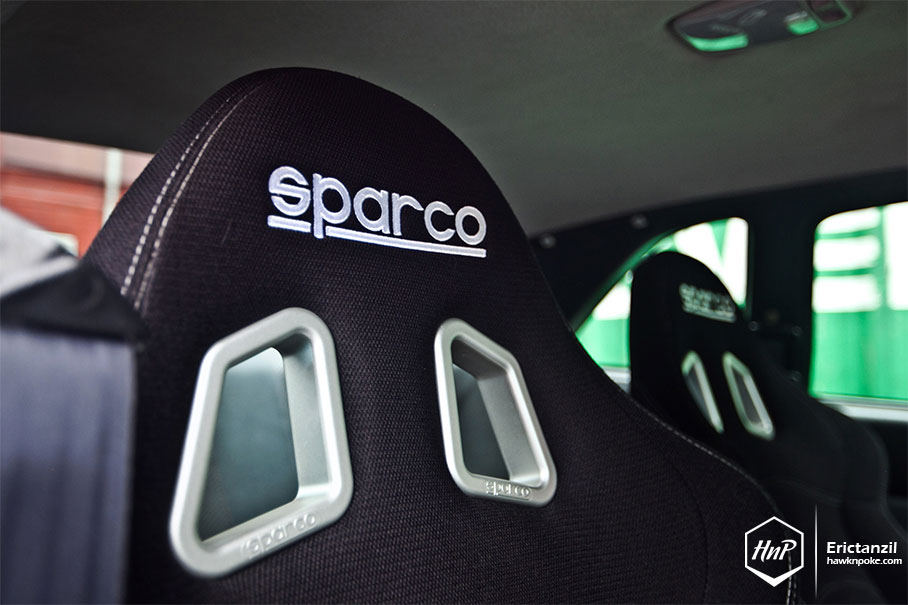 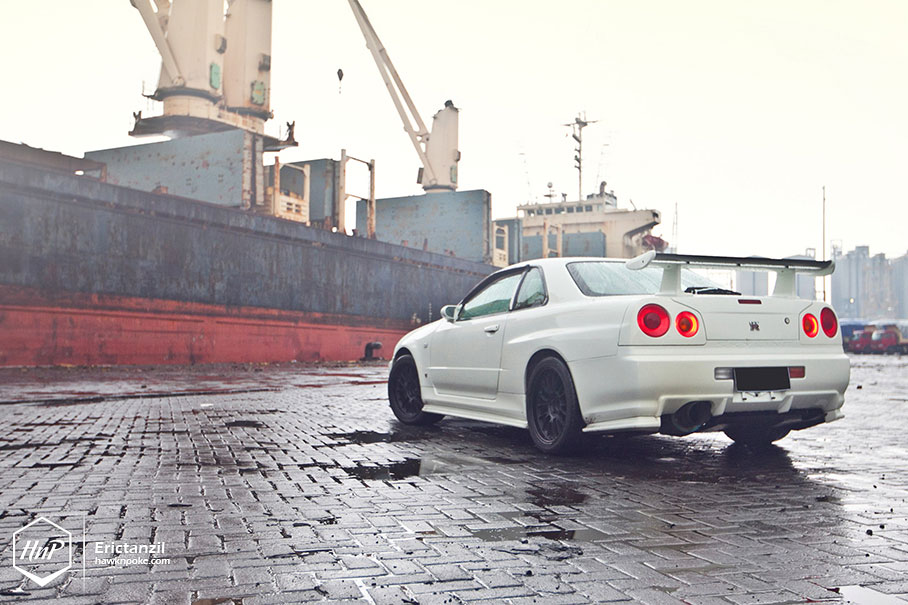 What’s next? Being a collectible item, Mr F can’t help but to keep the R34 under such an extremely good care. It isn’t everyday that he’s willing to take the R34 right after the rain. But given the limited time Eric the photographer had in Surabaya, the photo shoot simply had to be done. Among Mr F’s future plans for the ride is to install some more mild upgrades under the hood, to churn out even greater performance figures. 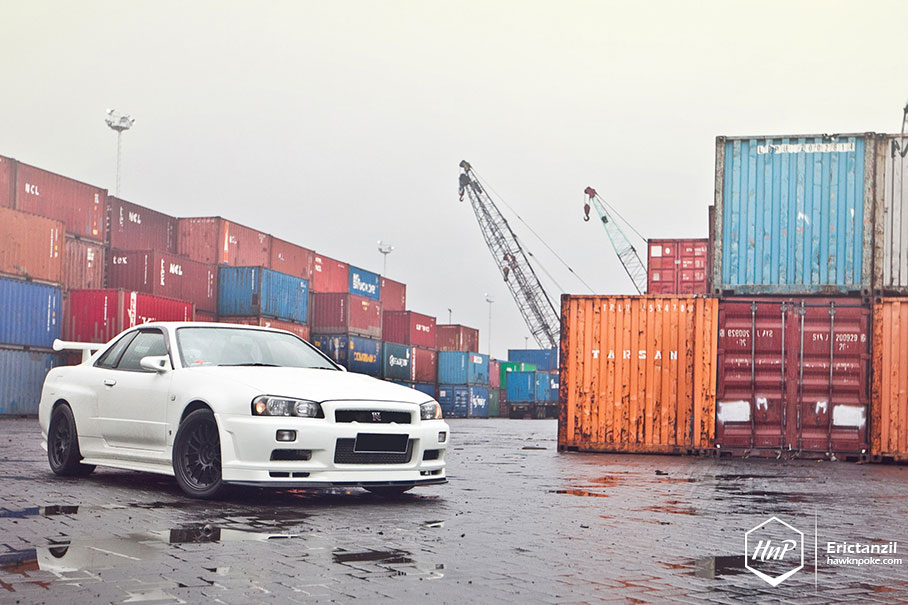 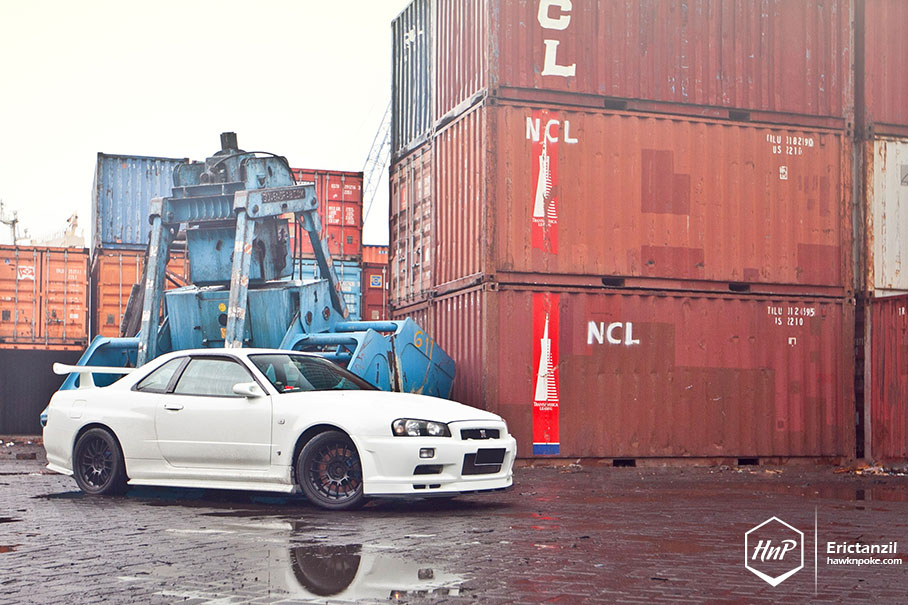