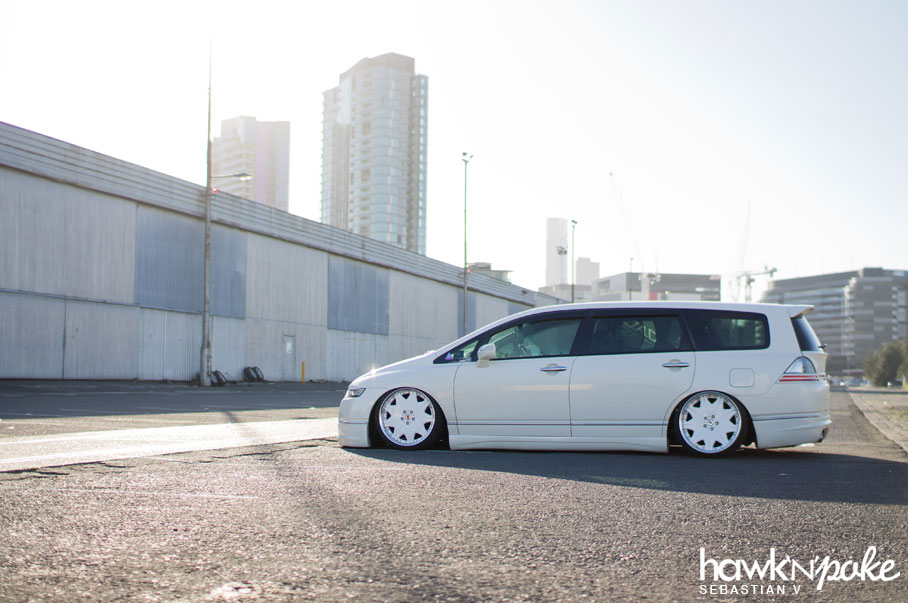 From the early days of hawk’n’poke until now, I personally have heard a lot of different stories from different types of modified car owners. Never before have I put myself in such a position, and never before have I ever been more satisfied. From high school students, young professionals, retirees, sport junkies, to the family man. One thing that I can reflect from all of their stories is that every single one of them has a strong pride for their ride; they truly treat their cars as a part of their family. Cars have no longer became objects for them. They have breathed their personalities into their cars in such a way that those cars have earned their souls. Their stories have become as wonderful as the moment wooden Pinocchio came into life – an object becoming a life. The story I’m going share today is no different. It’s about Daniel, the family man, and his beloved Odyssey. Daniel himself is an Indonesian who is currently living in Melbourne and belongs to the Agentz crew. 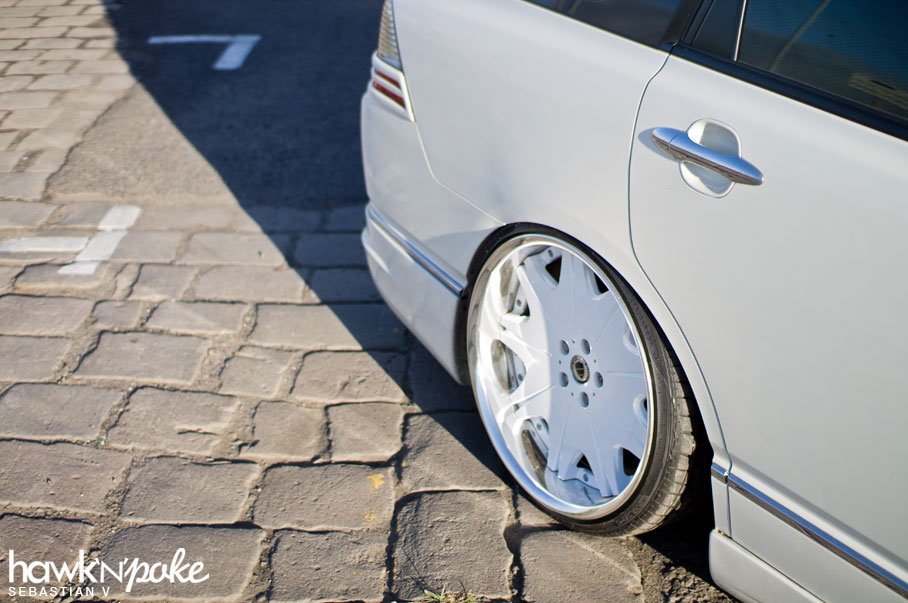 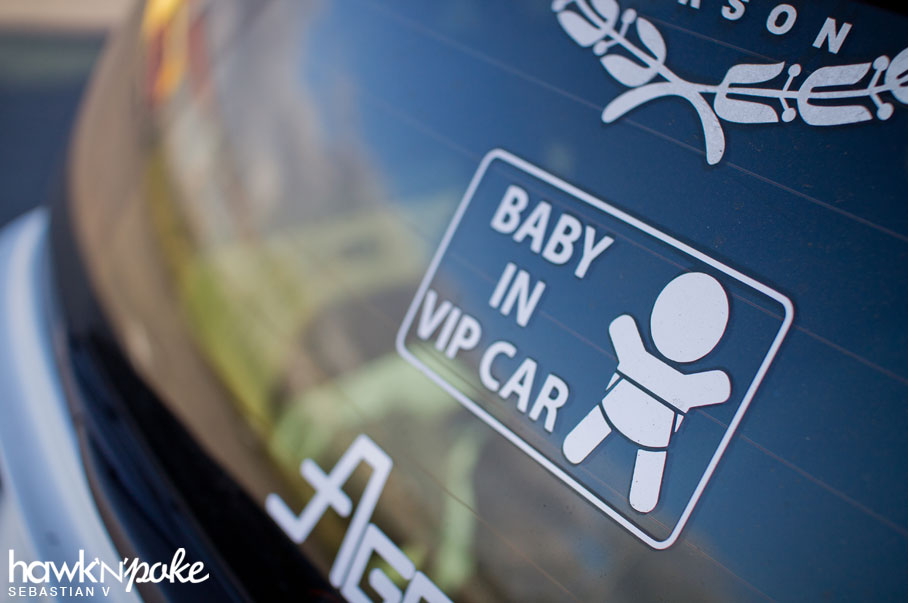 Each story from every owner has its own unique challenges in modifying the cars. The students were tight on their budgets, while the professionals were tight on their schedules. The challenges faced by the family man is another story. Becoming a father has presented a large sum of responsibilities to Daniel. While the bachelors treat their cars like their babies, Daniel has had his own daughter to take care of. As a result, scheduling the time to go to the workshops to take care of this Odyssey baby has proved to be rather difficult. 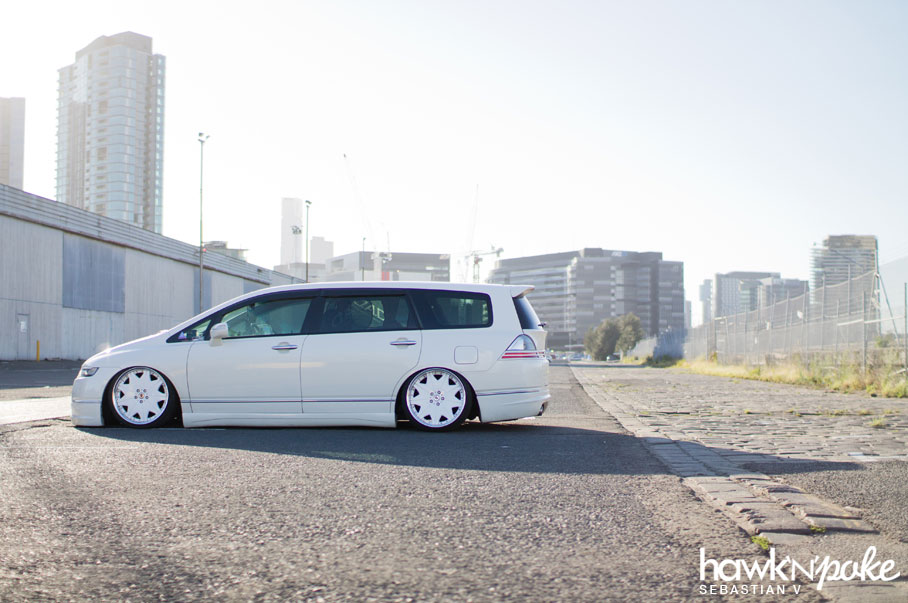 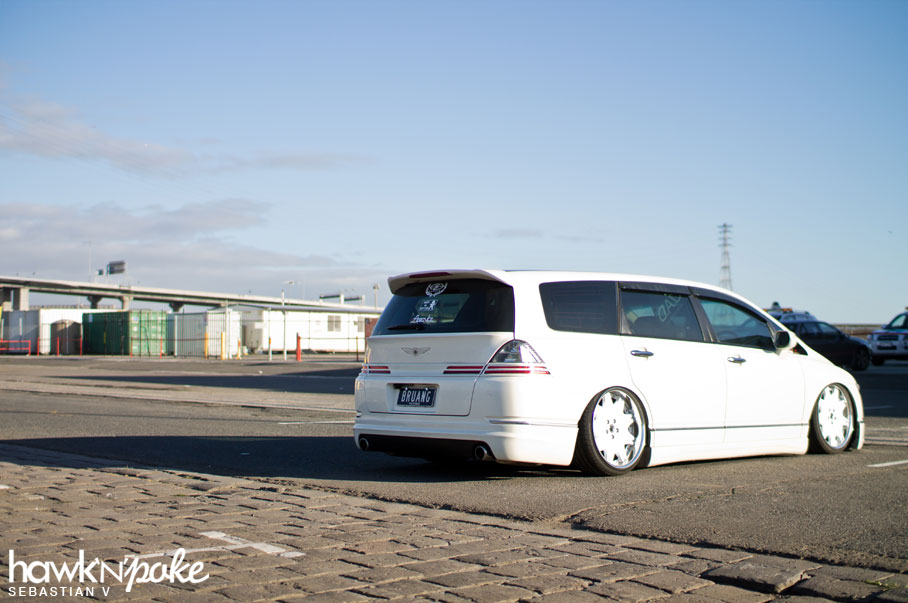 Daniel fell in love with the RB1 Odyssey ever since the day it was introduced in Japan in the year of 2003. But the fact that he’s been living in the land down under meant that it wasn’t until 2004 that the RB1 was introduced in Australia. By the time it was introduced, Daniel had already put his hands on a VIP-ed out Accord Euro. Too little too late. As a result, Daniel had decided to simply wait for the RB3 Odyssey. The waiting game didn’t work out either. By the year 2009, he could no longer had the patience to wait for the RB3 and plunged himself into buying this RB1 Odyssey you’re looking at. It’s the perfect family car to be VIP-ed. He has even purchased the body kit prior to receiving the car. 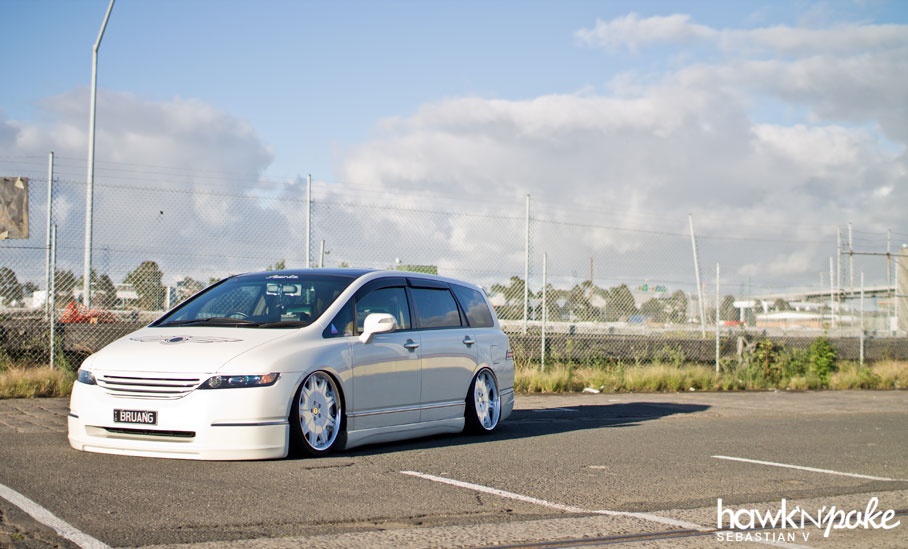 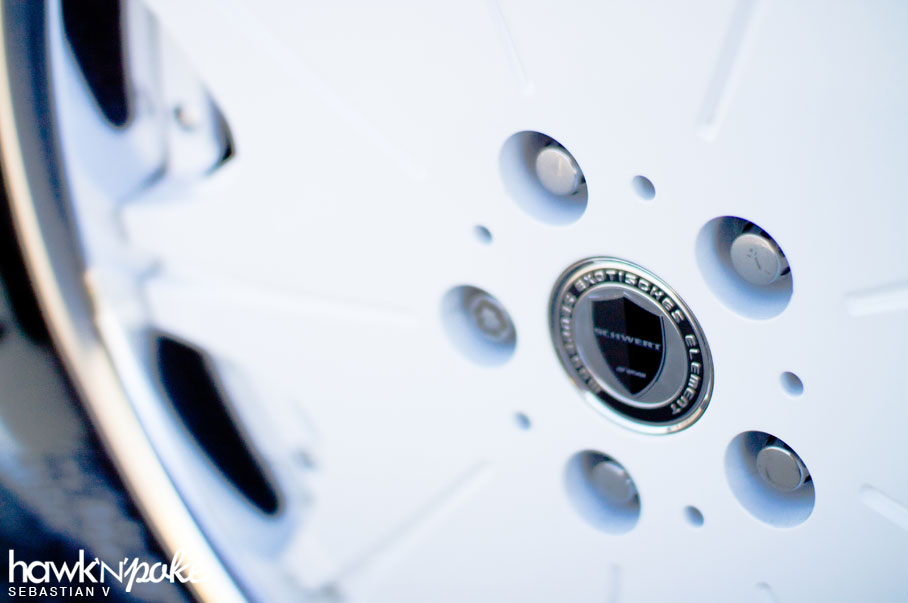 Splitting time between family and the RB1 hasn’t been the only challenge for Daniel. Odyssey parts are scarce in Australia – most people who buy the Odyssey have no plans in modifications, and thus Daniel has to buy most of the parts straight from Japan. 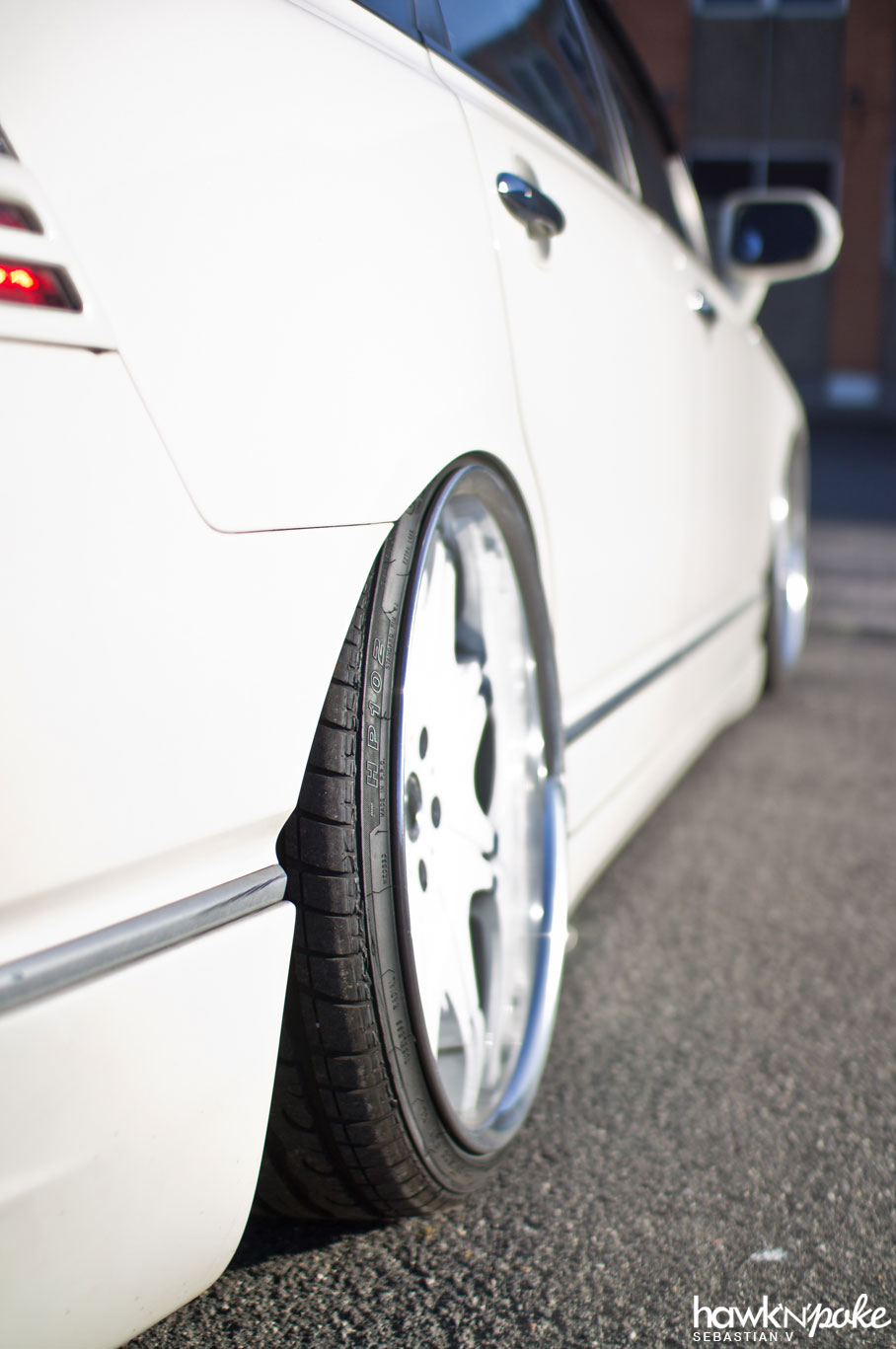 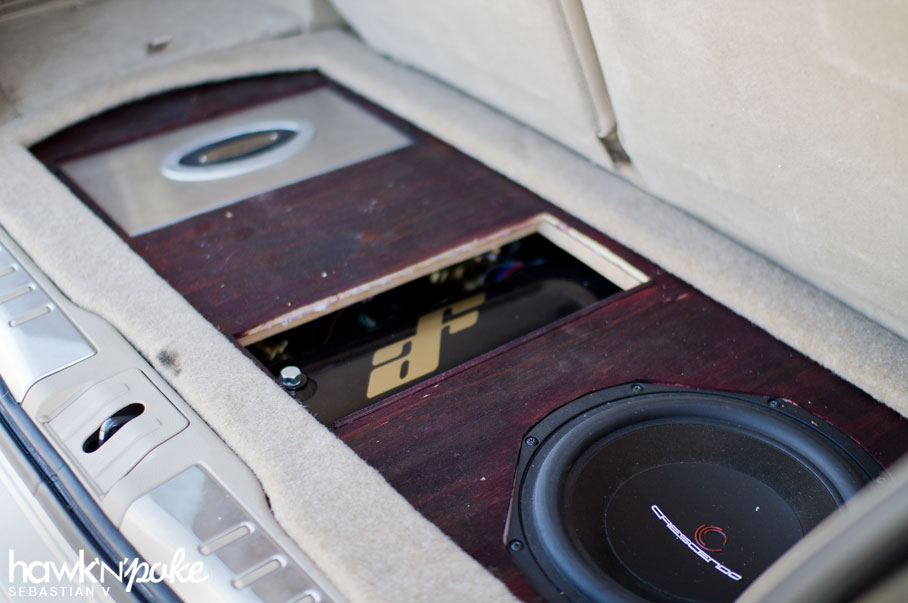 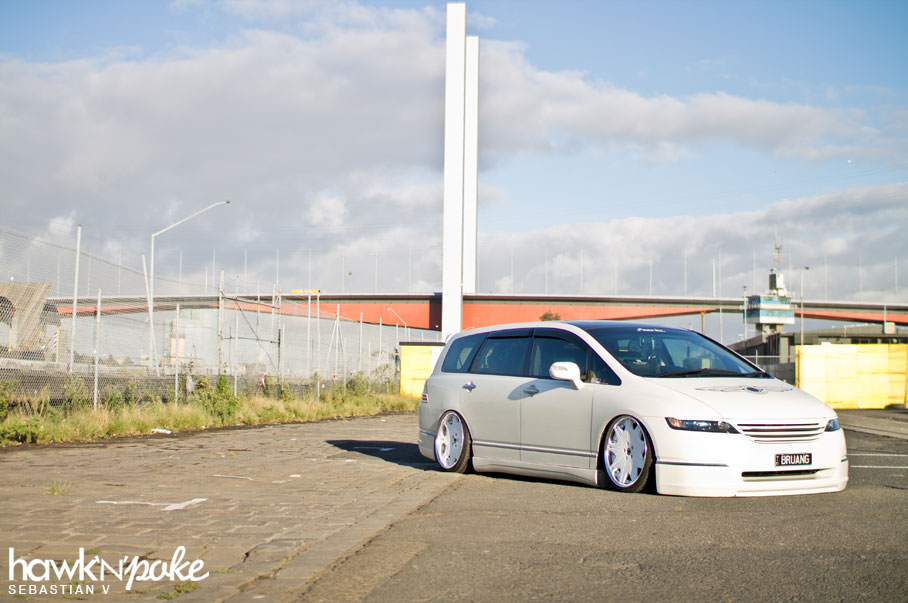 “The number plate BRUANG means bear in Indonesian and since the car is white, I usually tell everyone my car is a polar bear,” he joked. 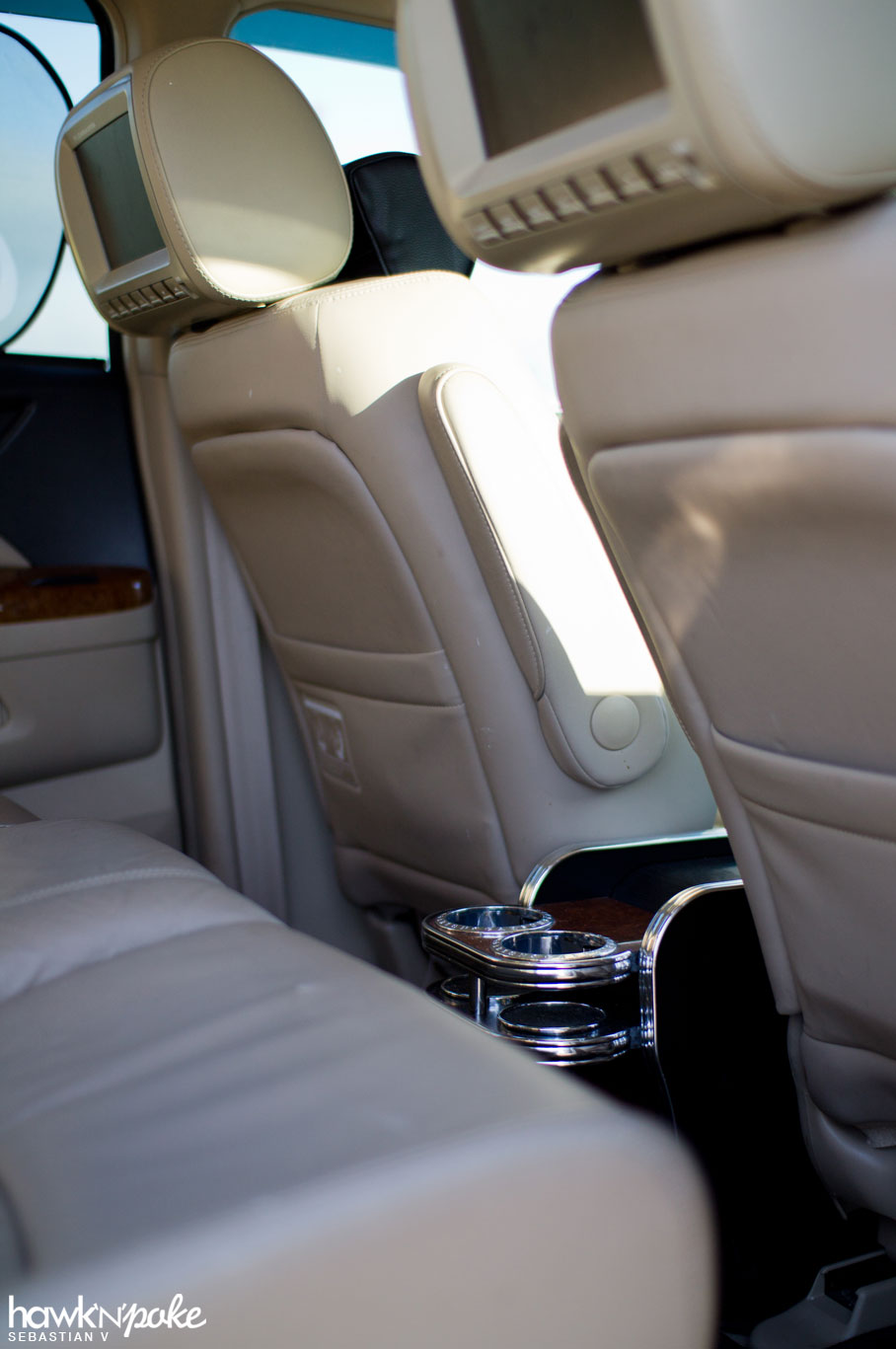 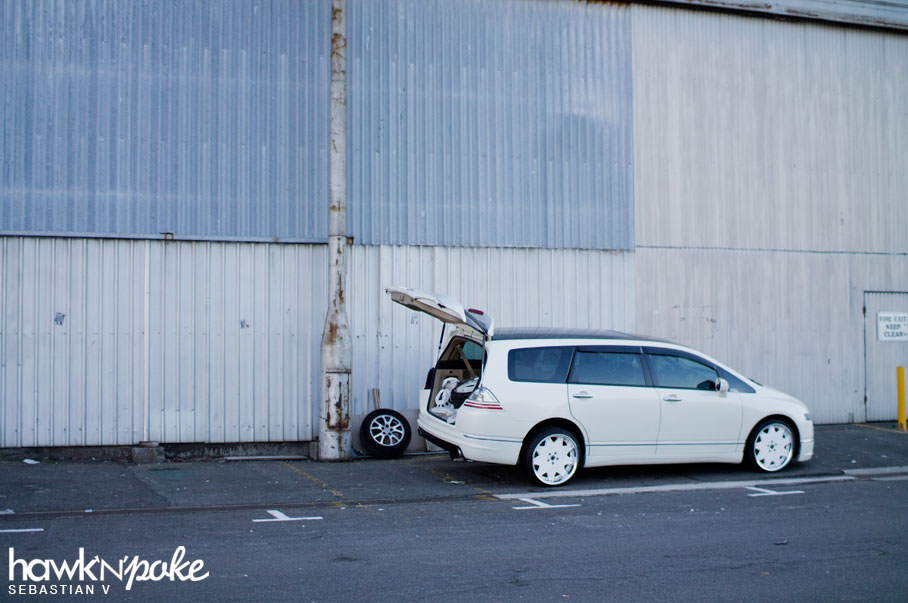 A future plan that Daniel has for his RB1 is to apply a wide body kit, so that he can fit his aggressive Weds Kranze wheels into the car!