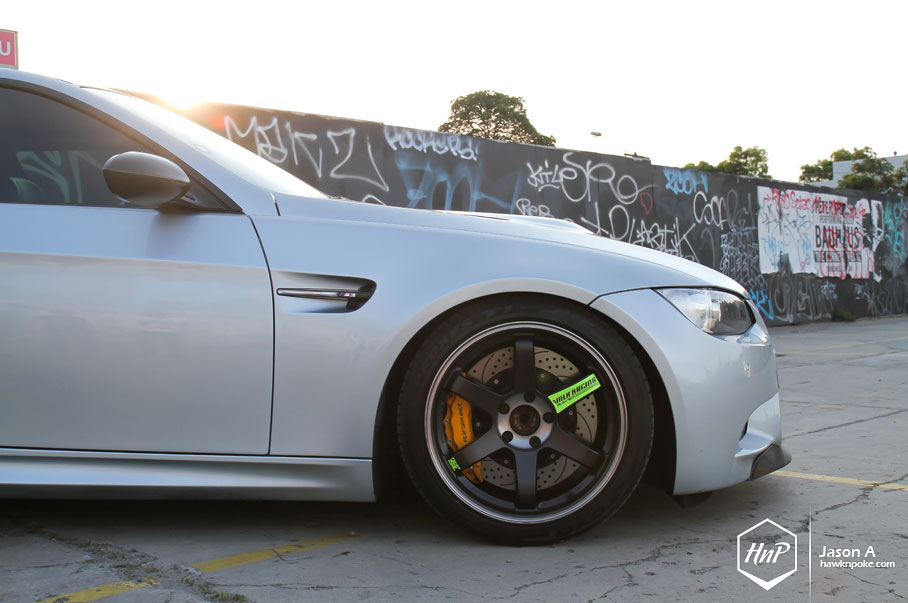 It’s now 2014 and Indonesia has once again starting to be plagued by a plethora of fusion concepts. Throughout our capital city nowadays you can taste entirely new levels of fusion foods. What’s unthinkable and untasteable can now be experienced thanks to local residents’ growing interest in all things creative. With plenty of foreign graduates currently returning back to this home country, they’re bringing along overseas influences into our local cultures. One of our local foods, ‘Martabak‘, for example, has now been fusioned with a wide range of chocolates from overseas, Toblerone to Ovomaltine. The end result? Nothing short of addicting. 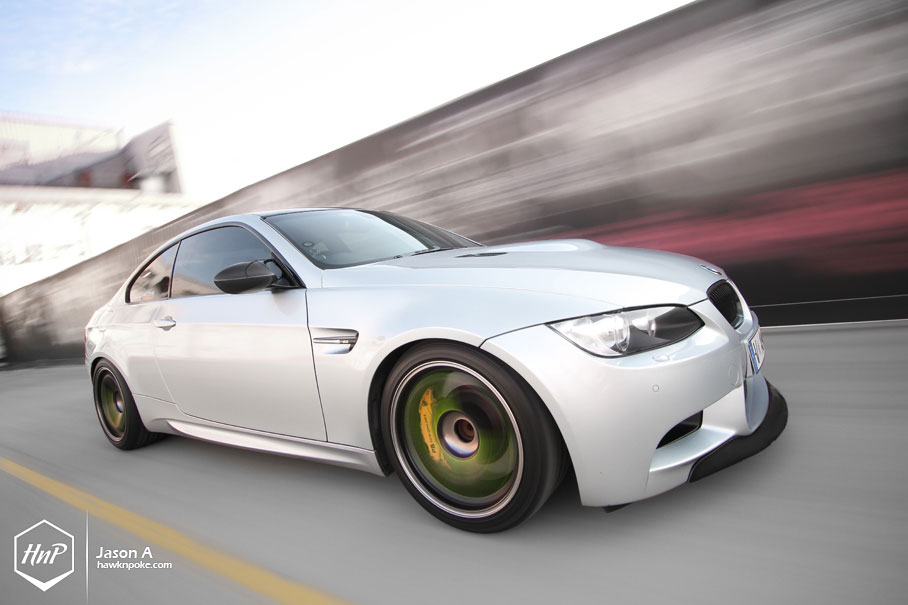 Same thing with cars. The growing online car scene has allowed enthusiasts worldwide to share their different perspectives towards cars. Every nation, every city nowadays can showcase their unique attitudes towards cars. From blogs to forums, from tumblr to instagram. The stance scene in Germany, for example, doesn’t involve a lot of over-width wheels and camber, but rely more on large diameter wheels and extreme static slammage. Meanwhile in Japan, nowadays they tend to put widebodykits on everything, including European cars. What a diverse world we’re living in. 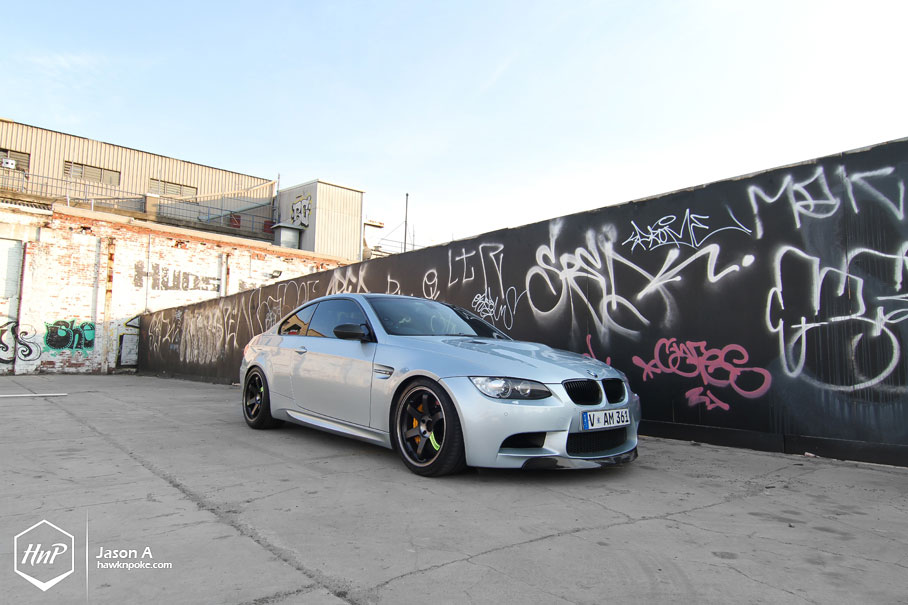 Meet Jason, another fan of everything on wheels, irrelevant of where it’s been made. Whether it’d be Japanese performance coupes or European sedans, he has showcased plenty of different ideas in modifying them. Among his past builds are S2000, 350Z, an Evolution, and the GESROT E46 coupe we featured before. Currently the ones he kept are this E92 M3, Evolution 8 MR and an E30 318i. Now that’s quite an interesting fusion in his garage. 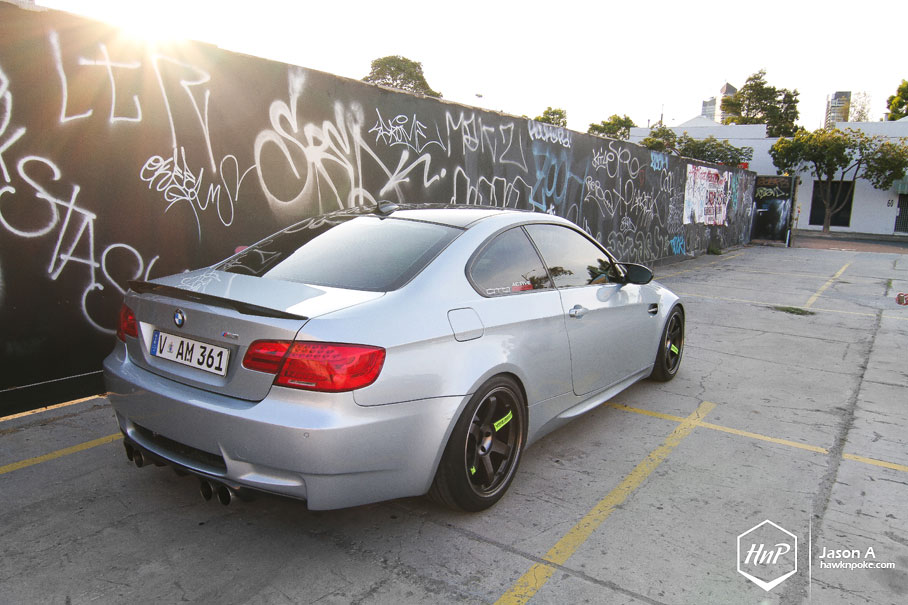 Stumbled upon a tragedy which forced him to part ways with the E46 coupe, his passion for BMW made him fell for another German ride. Better yet, this time it’s the M3 version of an E92. A contrasting story that led to a better ending. An initial plan to keep this owned-for-two-years E92 stock was soon scrapped through the installation of BBS LM-R. But then, wanting for something even more track-looking, the BBS was swapped with these Black Edition TE37SL. I know what you’re thinking, “seem to have seen this car before.” That’s because his setup is rather similar with Adit’s frozen grey M3. Continents apart, but both Indonesian-owned and featuring a similarly gorgeous Japan x Euro fusion. 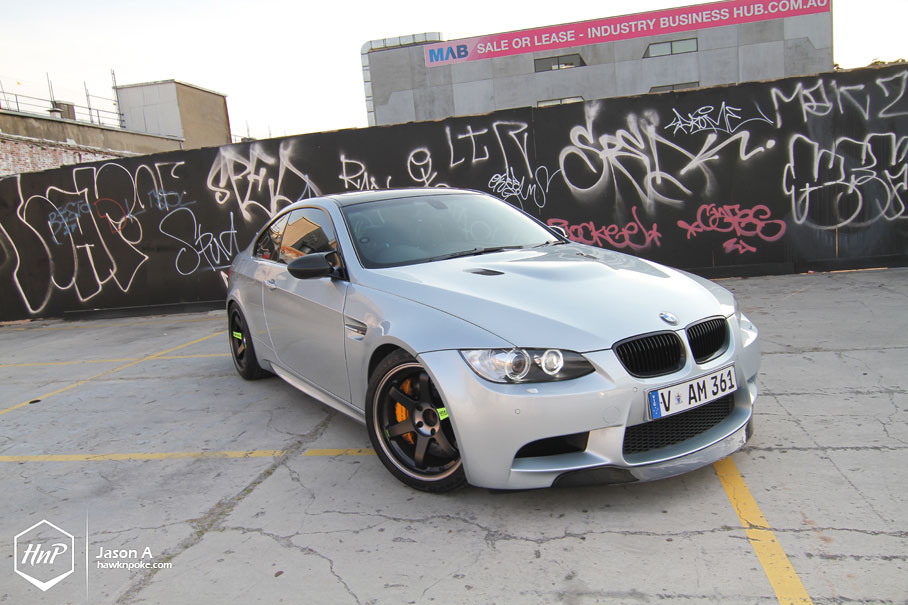 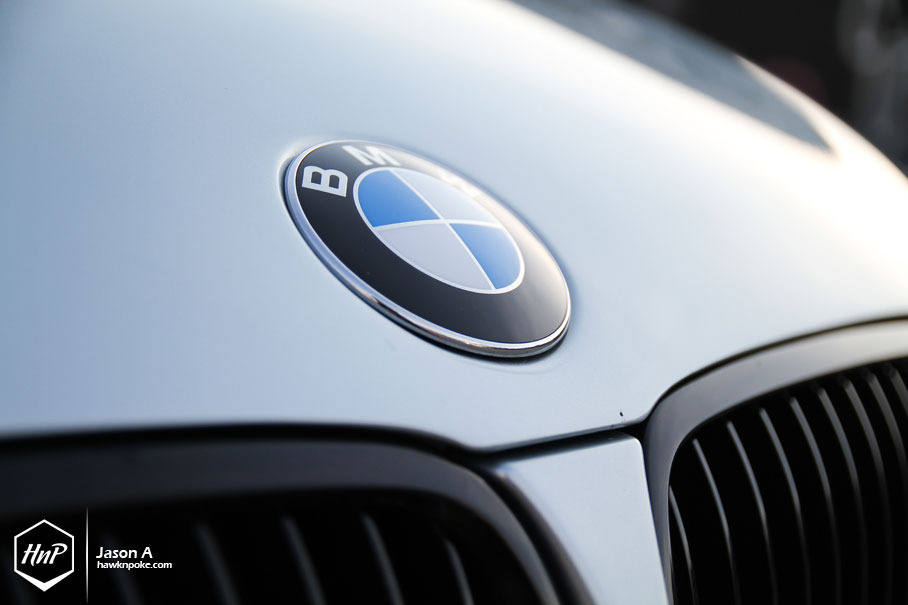 Performance-wise, this car has also received a bump of power, with Meisterschaft GT2 Exhaust and Macht schnell stage 1 intake. Complimenting the horsepower increase is a set of braking upgrades via PB Performance 8-pot big brake kit which occupies all four corners. Exterior-wise, it has received an interesting mix of parts as well, consisting of blacked-out parts, Arkym carbon, and Revinora front lip. 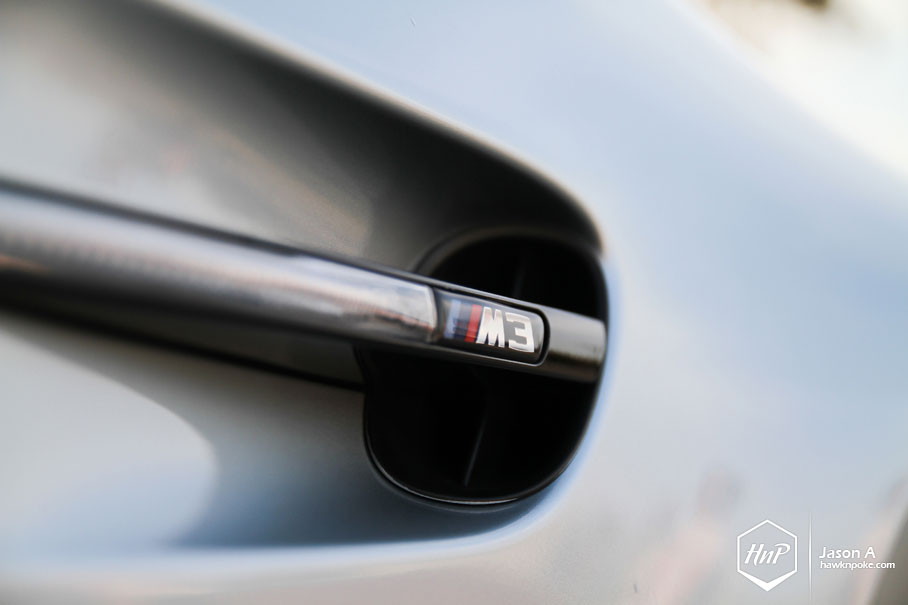 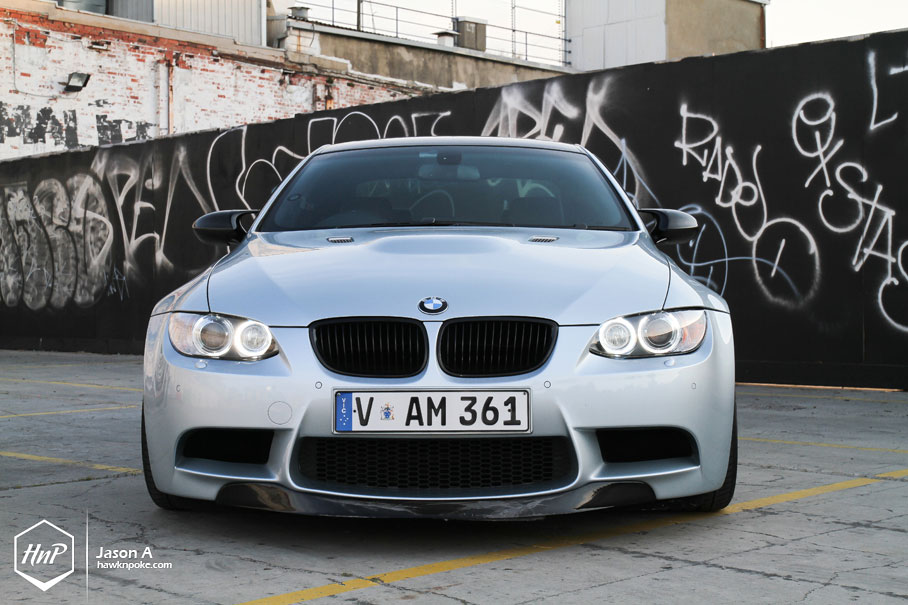 Jason’s future plan for the car is in either getting a catless X-pipe and BPM tune, or going all out via ESS VT2-650 supercharger. 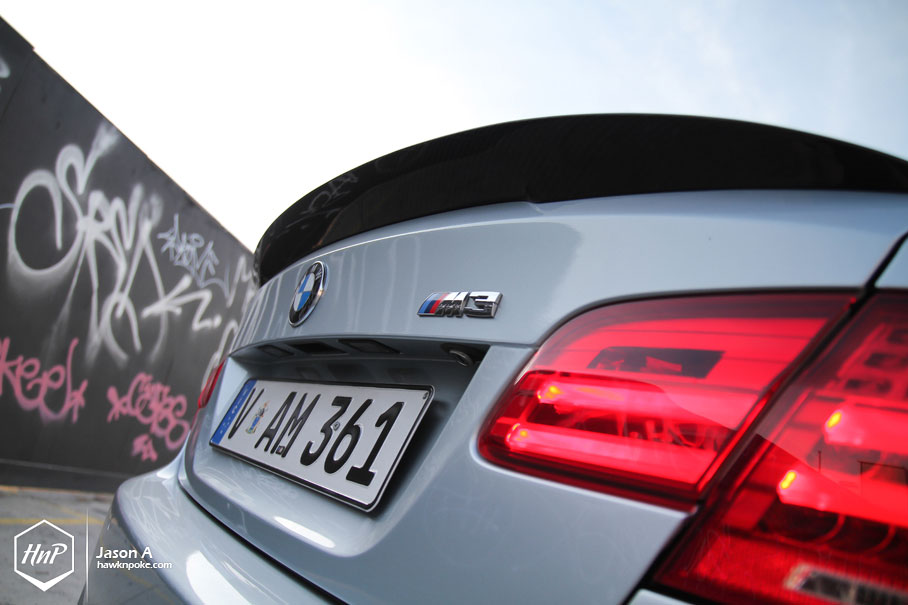