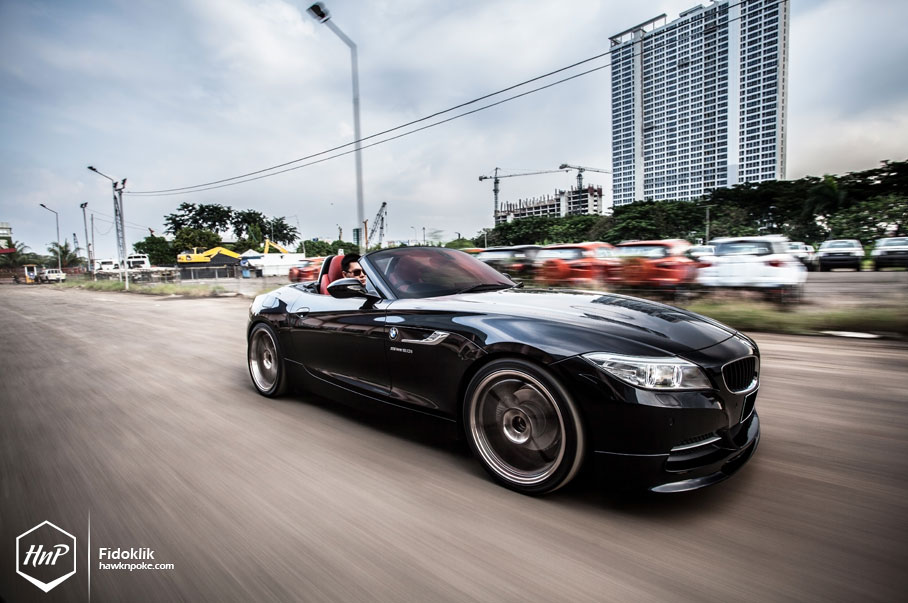 The convertibles. One of automotive enthusiasts’ most praised platforms. The fresh breeze of air, the sporty looks, the exhilarating driving experience, the pronounced exhaust and engine symphonies. Even non-car enthusiasts are undoubtedly impressed by the seduction of these drop-tops. But what’s even more attractive these days are the hard-tops, such as the one found on today’s Z4. With the push of a button the German speedster can be transformed from its coupe-looks into one menacing luxurious speedster. But coming up with such a proper convertible platform wasn’t without its rise-and-falls for BMW. 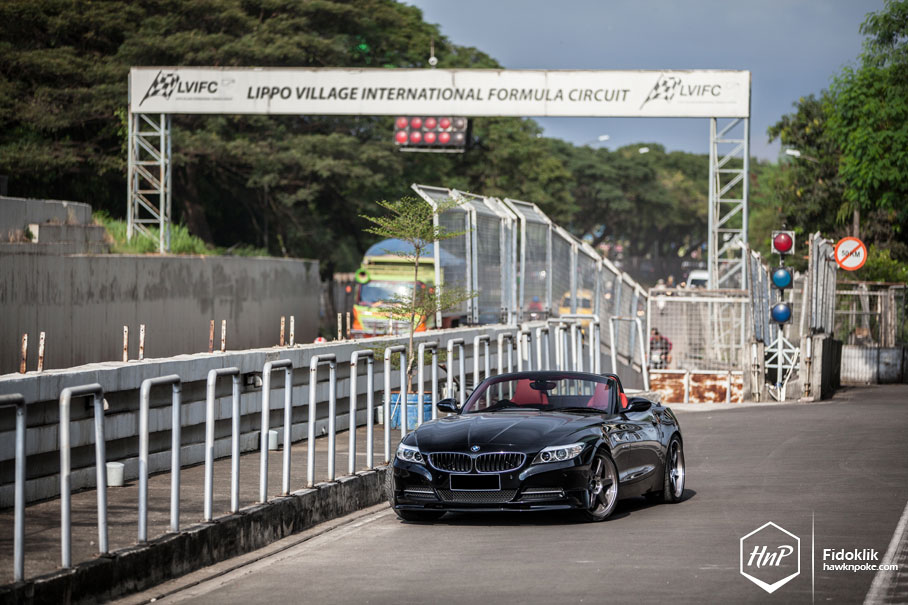 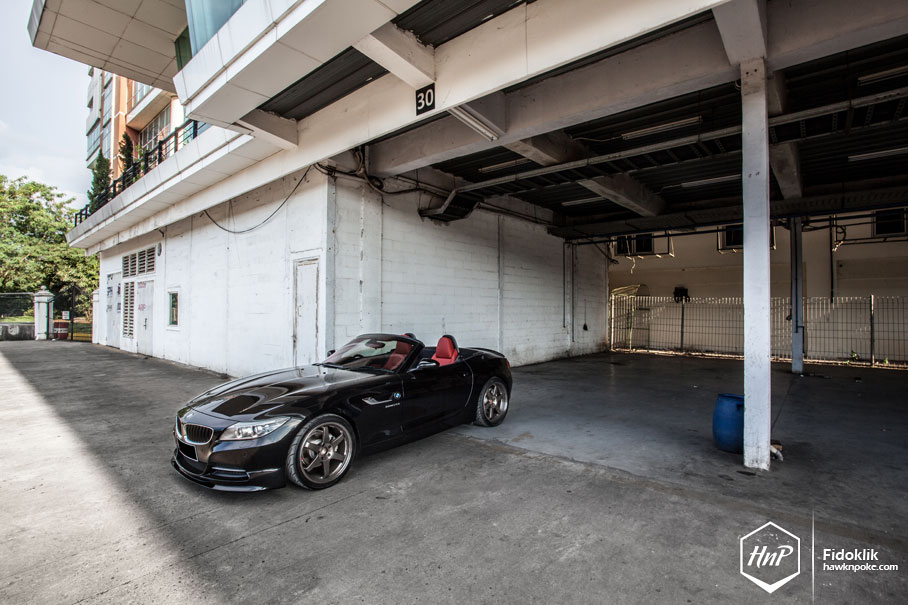 Discussing the gorgeous Z4 in this article wouldn’t be fair without first introducing its memorable predecessor: the BMW Z1. Built in 1989 while giving birth to the Z-platform at the same time, it’s the one car that has piled up BMW’s doubts for Z-platform’s feasibility. Three-year design period + 35,000 speculated orders, summed up only by a year-long production run and 8,012 production figures. The short end of the stick for BMW. Creating a five-year absence in the Z-platform until the release of Z3 in 1995. 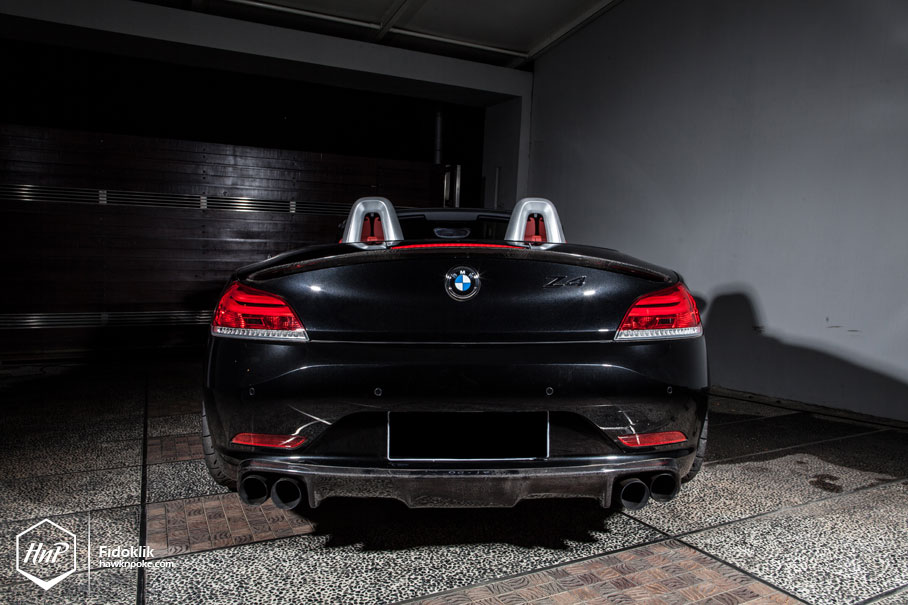 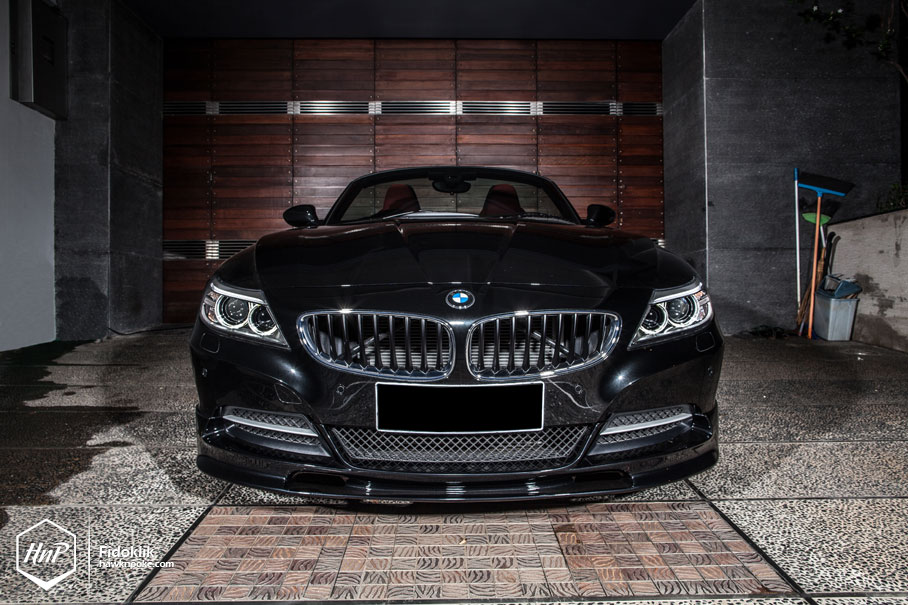 Even with the release of the Z3 in 1995, I was still far from impressed by BMW’s efforts in creating the perfect roadster. Yes it’s light, yes it was used in a Bond movie (GoldenEye), yes it has M versions, but I still personally find its proportions to be kind of awkward. The low and long bonnet meets a tall cabin along the way and ended by a very short rear end. Strange. But then came the Z4 in 2002, which won Automobile Magazine “Design of the Year Award” immediately after its release. That was the time when BMW took its Z designs to a whole new level.

By the year 2009, BMW freshened up its Z4 design with the one you’re looking at today, and won a Red Dot design award while doing so. Gone is the soft top, and now replaced by a retractable hard-top. Such a move has allowed consumers to experience the Z both as a coupe and a roadster. Coupled with its turbo-charged engine, the Z4 has became the perfect getaway vehicle to glorious touring drives.

Wanting to extract much more lively experiences out of the speedster, the owner of today’s Z4 has taken a leap into the sportiness area. Gone are the standard 17″ wheels, replaced by the undoubtedly feathery (when compared to OEM) set of TE37SL’s you’re staring at. Coupled with the KW V3+ suspension setup, not only is now the Z4 capable of devouring mountain routes, but also occasional track days. Maximum handling meets maximum comfort. 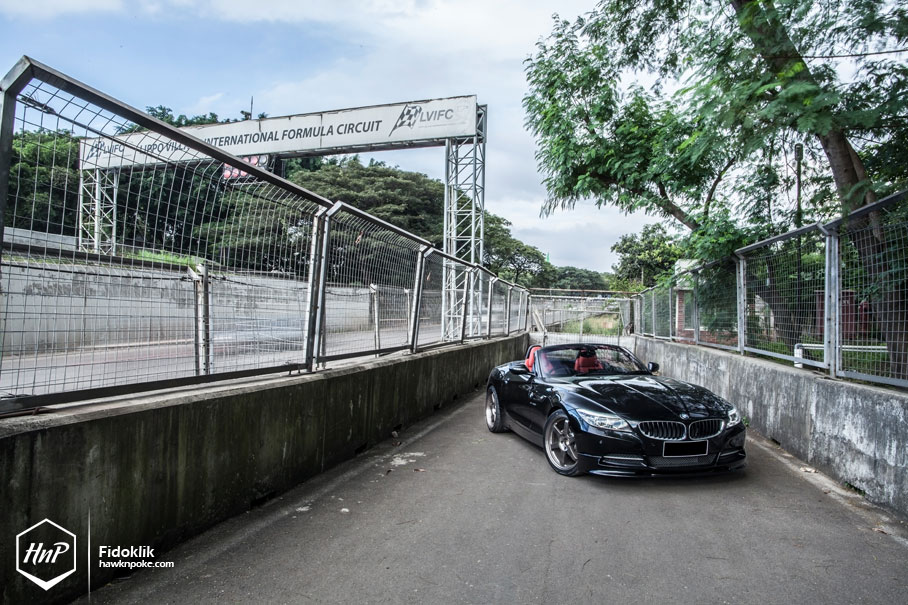 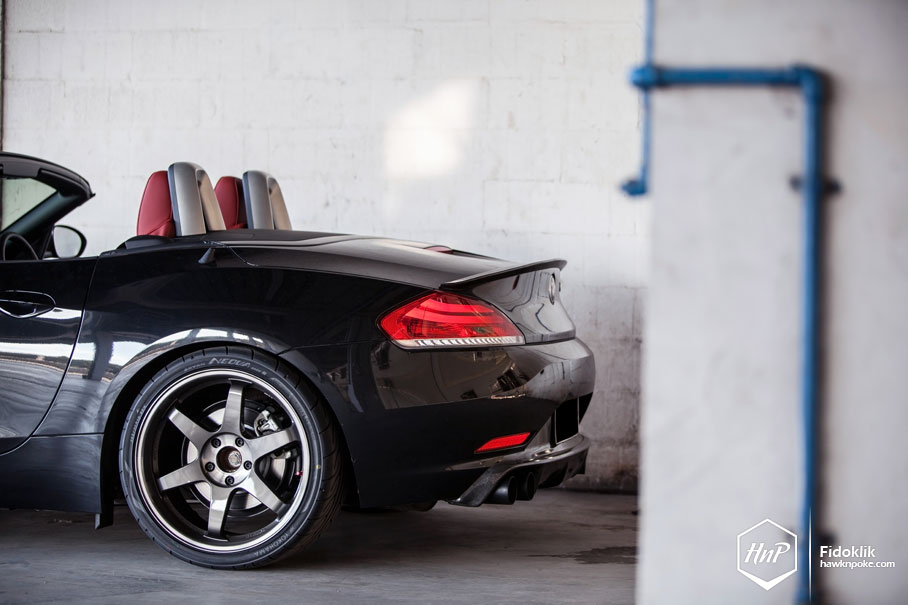 Lately I’ve also been noticing more and more owners going for the low-and-square setup. Meaning the stance of the ride itself has been set to be fairly low, but the tires have been sized properly, if not wider, than the wheels. Creating the perfect track-look and performance oriented setup. Proper setup for the proper speedster. 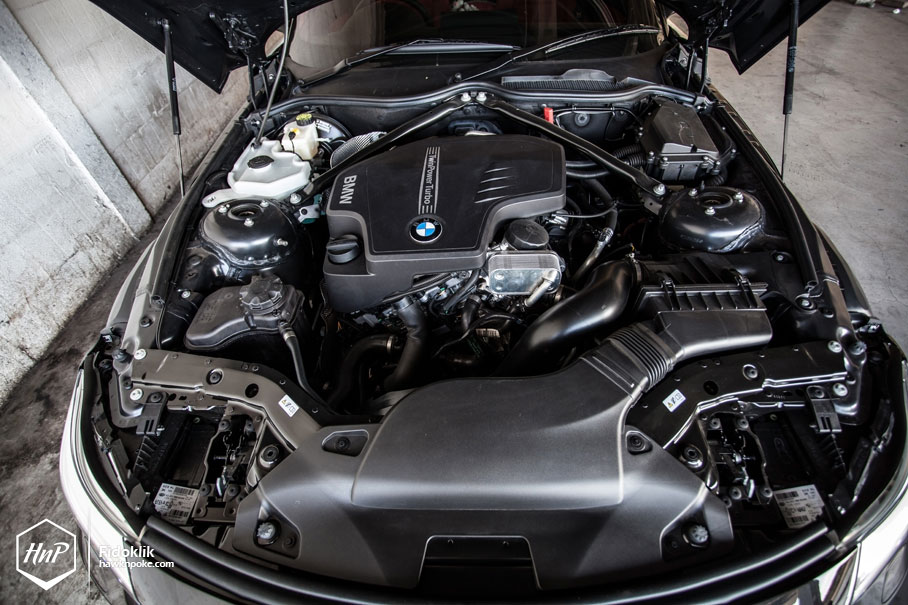 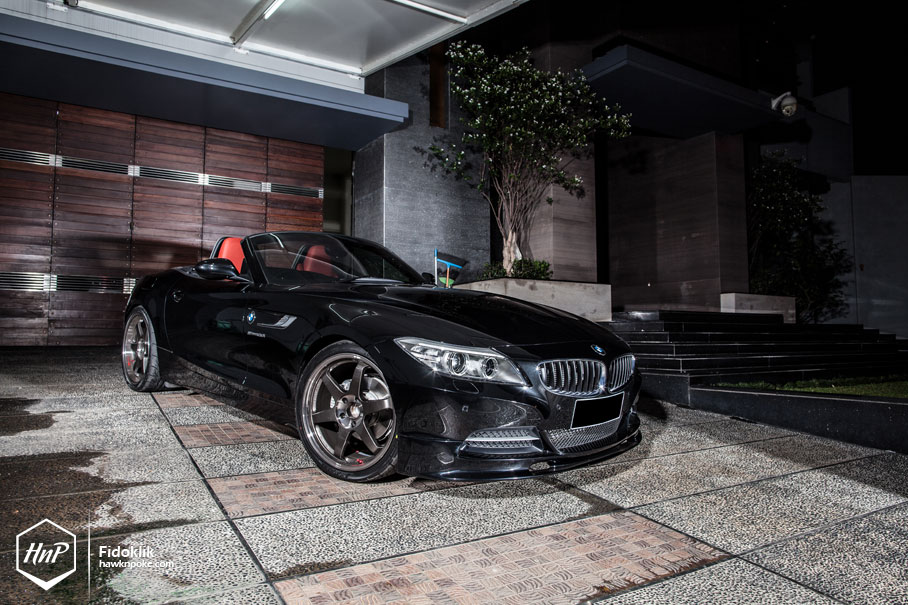 Having previously modded a Golf GTI MK6, Golf R MK6, BMW M3, BMW 1M coupe and Nissan GTR R35, I’m not suprised anymore by the owner’s choice of quality parts for his Z4 build. 3D Design front lip and Meisterchaft quad exhaust, for example, which were among our favorite tuning brands, have also been fitted to the Z. While future upgrades seem to involve around the must-have big brake kit and ECU reflash. 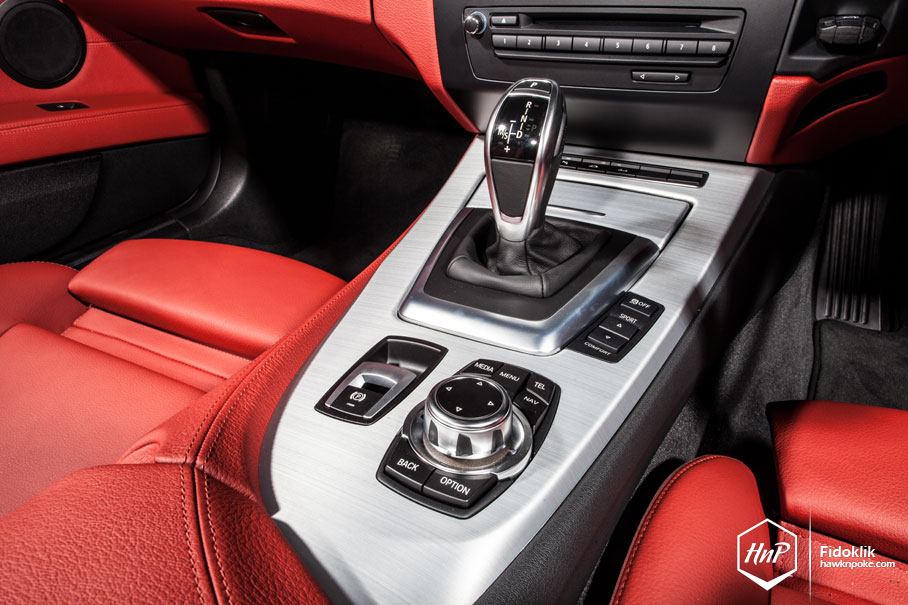 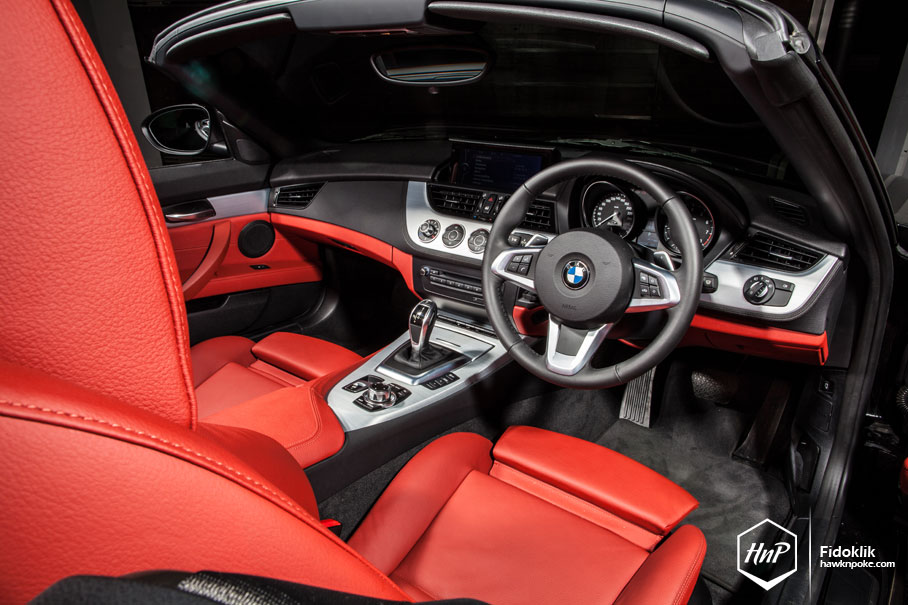 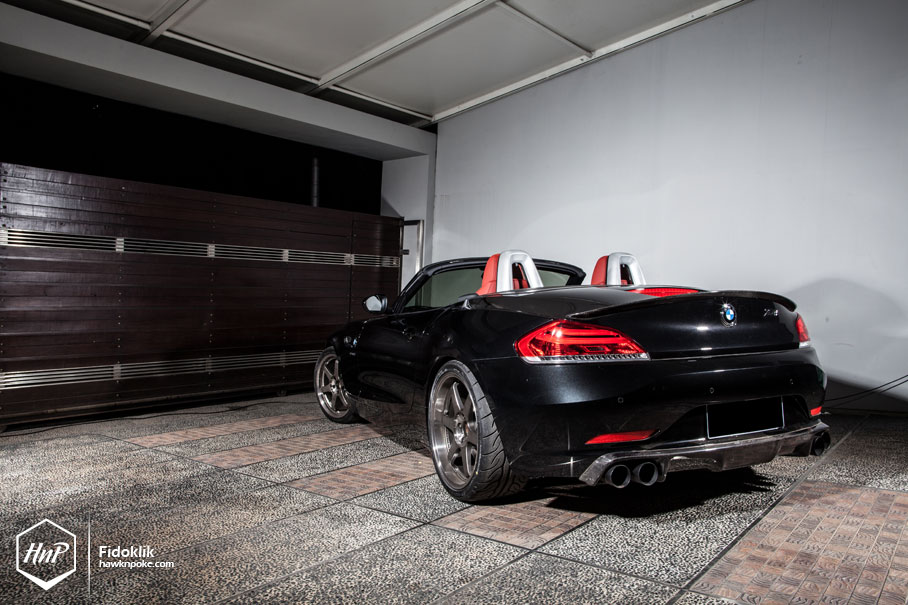