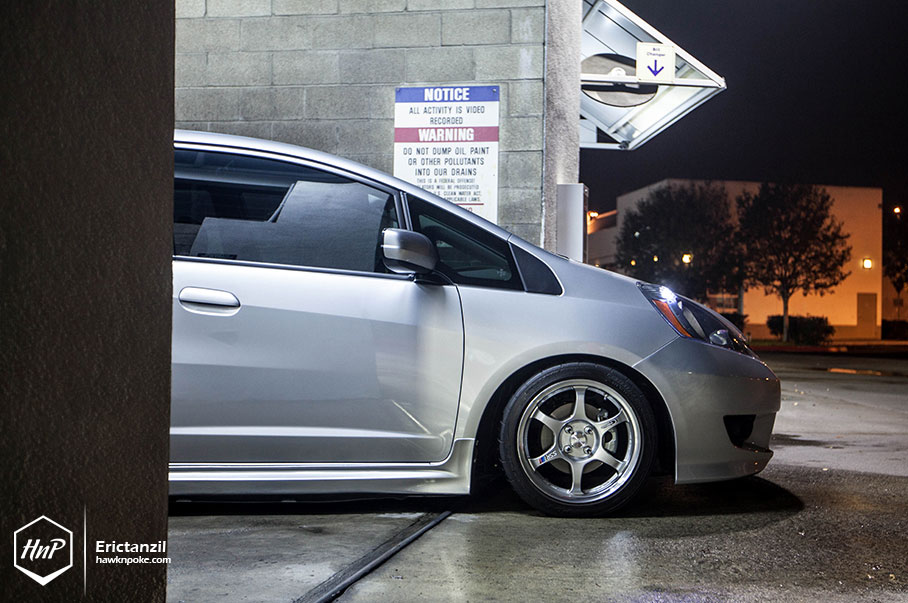 An overseas ride coming in! Today I have a set of pictures sent in by Eric Tanzil which he took during his US SEMA trip. Owned by a fellow Indonesian currently living in the states (Anthony), this USDM (US Domestic Market) Fit features quite a different look when compared to our local Honda Jazz. Details such as yellow headlight reflectors and the differently styled bumpers are among the most noticeable differences. While a lot of Jazz owners on our land are pursuing JDM (Japan Domestic Market) looks for their rides, I simply thought it’d be interesting to show you the USDM approach – something that would definitely stands out among the crowd. 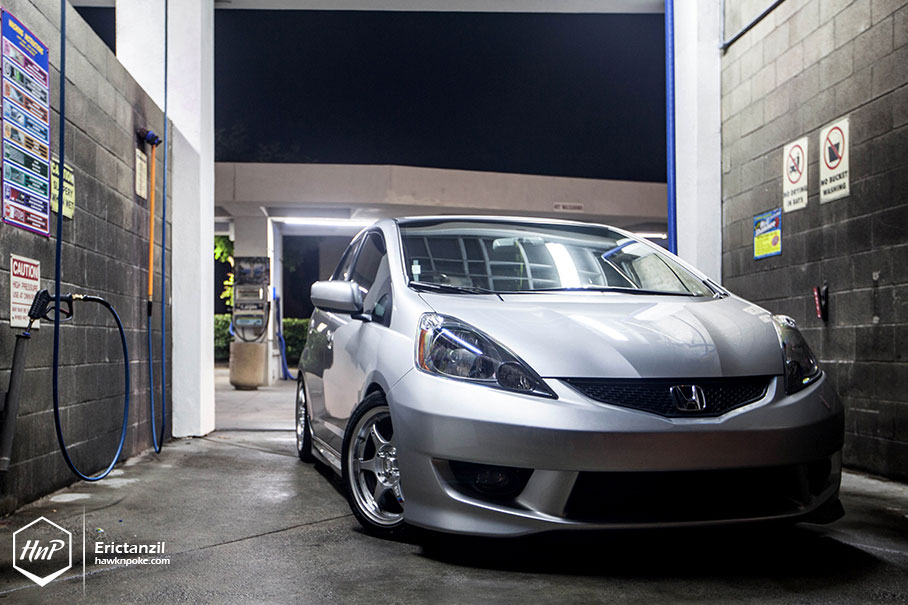 Started as a no-frills no-mods daily driven car, Anthony didn’t have any plans at first in customizing the car. “Windows tint and that’s about it,” he thought. But boy was he so wrong; after having successfully been persuaded by his friends to let go off all those wheel gaps, Anthony decided to install a set of Tein coilovers. With such a decent drop, the mod-bugs started to bite him from that point on; and the downhill snowball effect was begun. 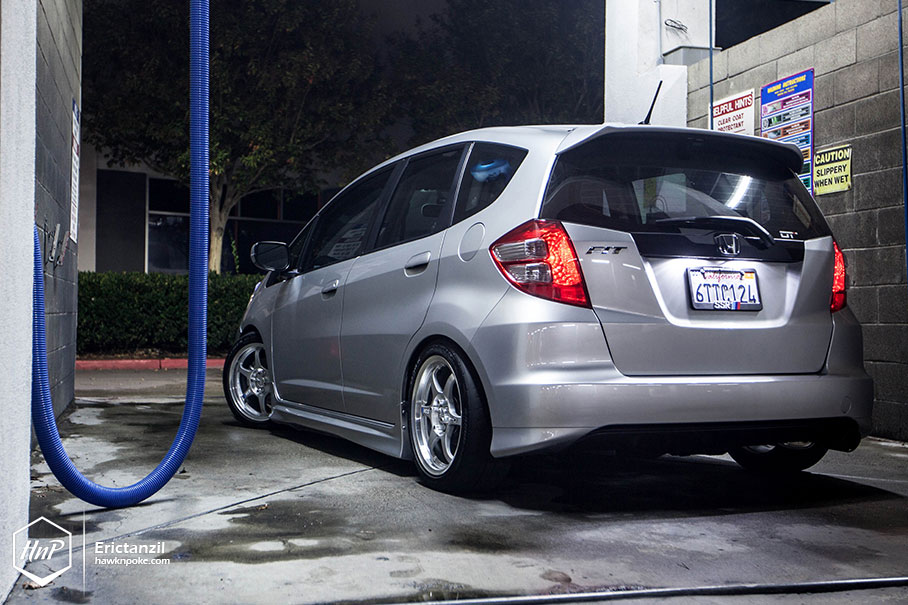 With the Fit sitting so close to the ground, Anthony started to realize that something is definitely missing on the car. It didn’t look quite right; to be completely stock exterior-wise yet being so low, definitely wasn’t right. So what followed are the USDM front Sport bodykit, a set of Mugen skirts and OEM rear spoilers as the solutions. Neat and sleek.
Drop? Done. Bodykit? Done. Wheels? Definitely next on the to-do list. 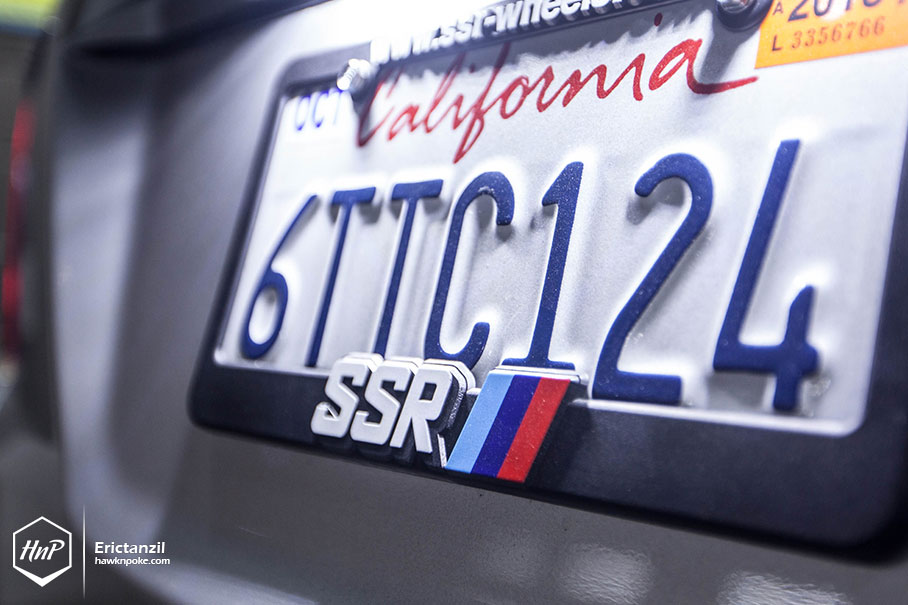 Wanting to keep the Fit’s practicality as his daily ride, Anthony decided to keep things rather safe footworks-wise. No fender pulls nor rolls can be found on his agenda. So this set of forged SSR Competition wheels came down as the jewels of choice, wrapped with Potenza tires. Weighing at just around 11lbs each, these 16″ SSR’s proved to be the perfect balance of looks and performance for Anthony’s daily routines. 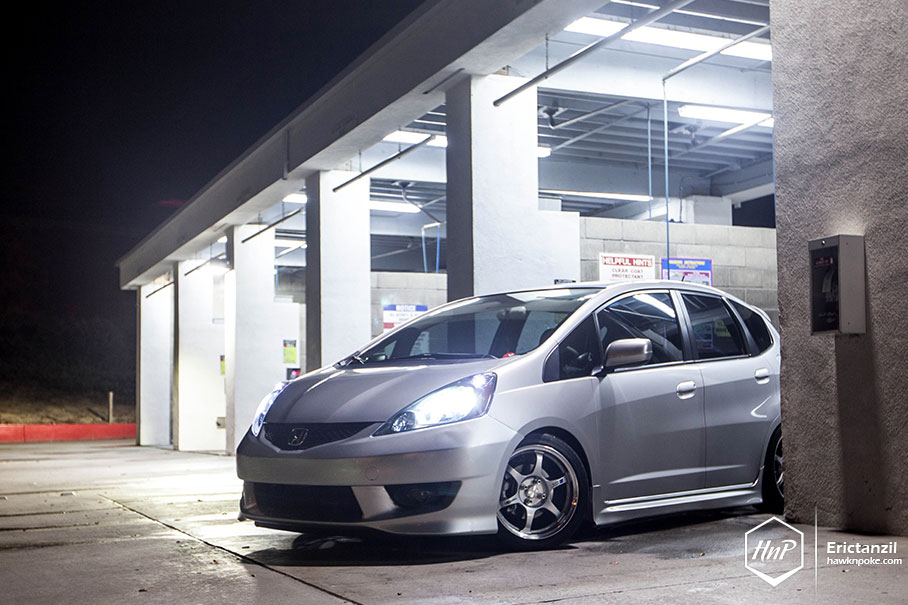 With major sectors (bodykit and wheels) already done, Anthony started going into the details. From HID to JDM tail lights to Mugen exhaust, I bet he has completely forgotten about the ‘no-frills no-mods’ plan he initially had. 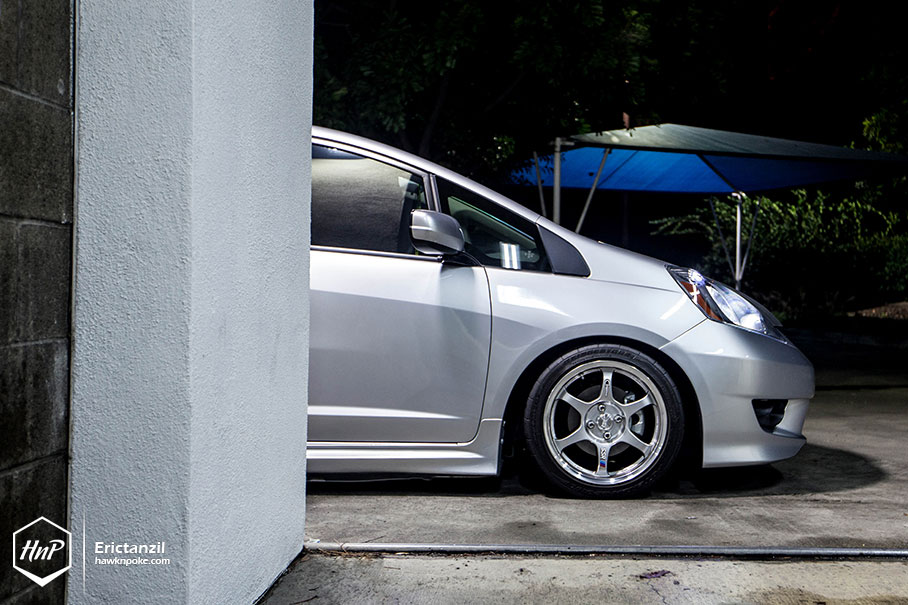 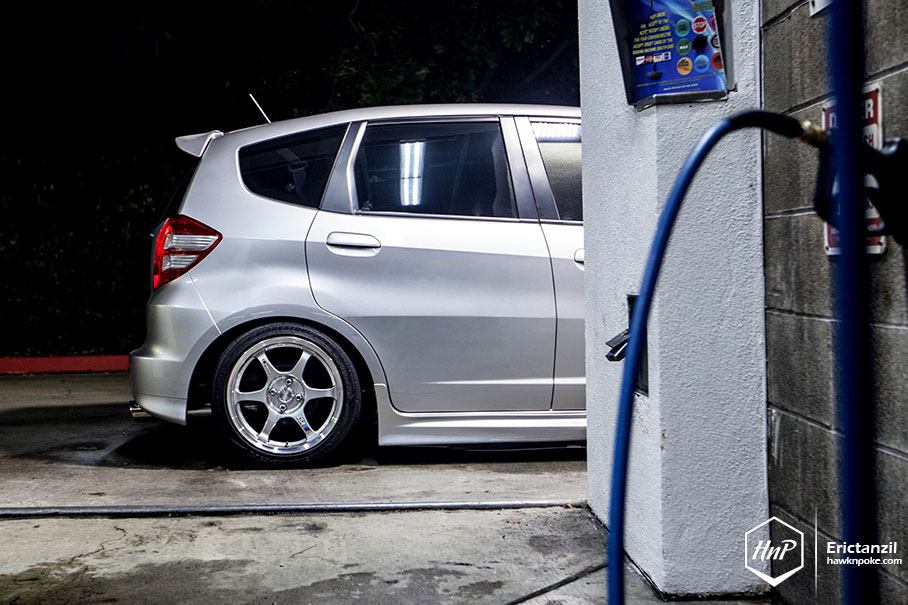 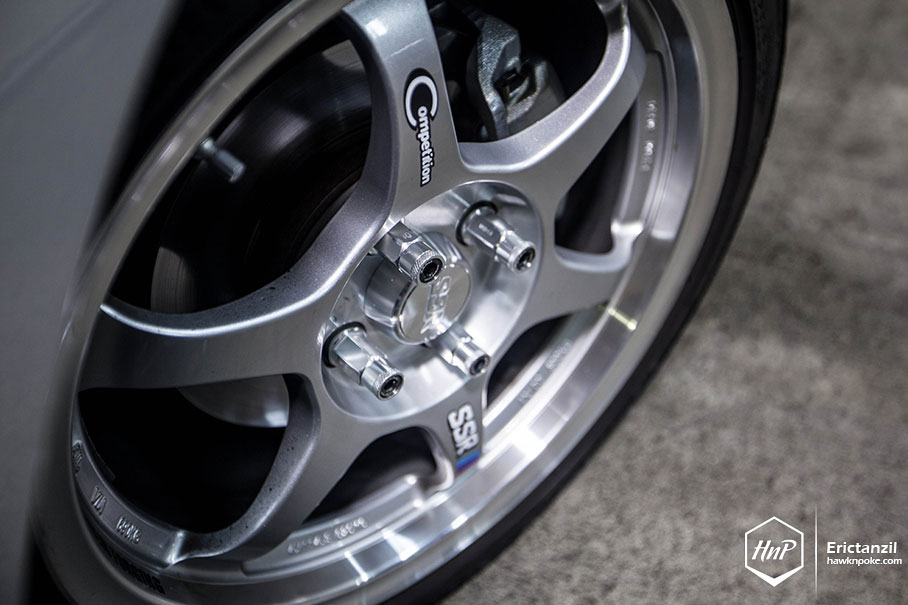 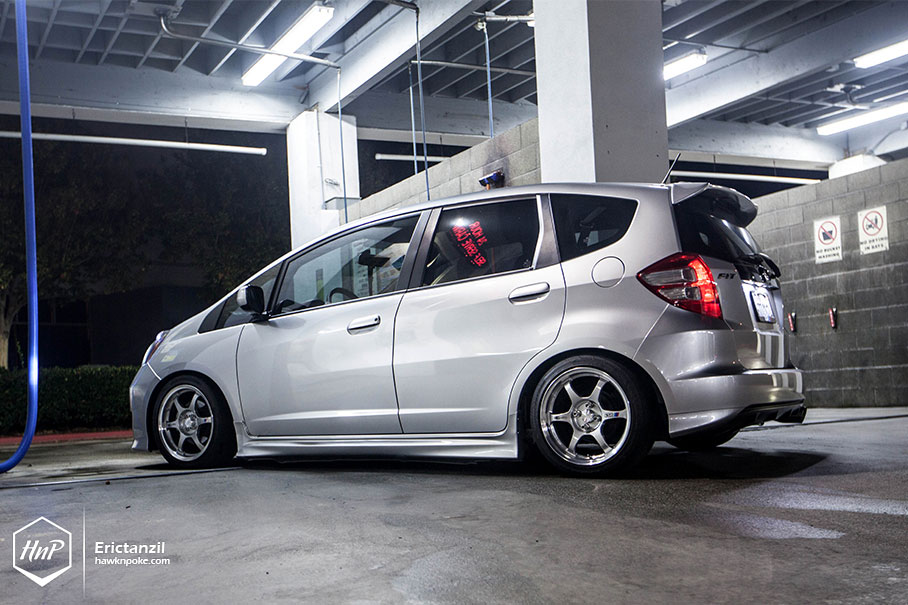 This USDM Fit is just the first out of a series of Indonesian-owned rides that Eric Tanzil has captured during his trip. Stay tuned for some crazier, head-turner builds Eric is currently working on. Hint: it’ll involve two memorable Toyota’s coupes.