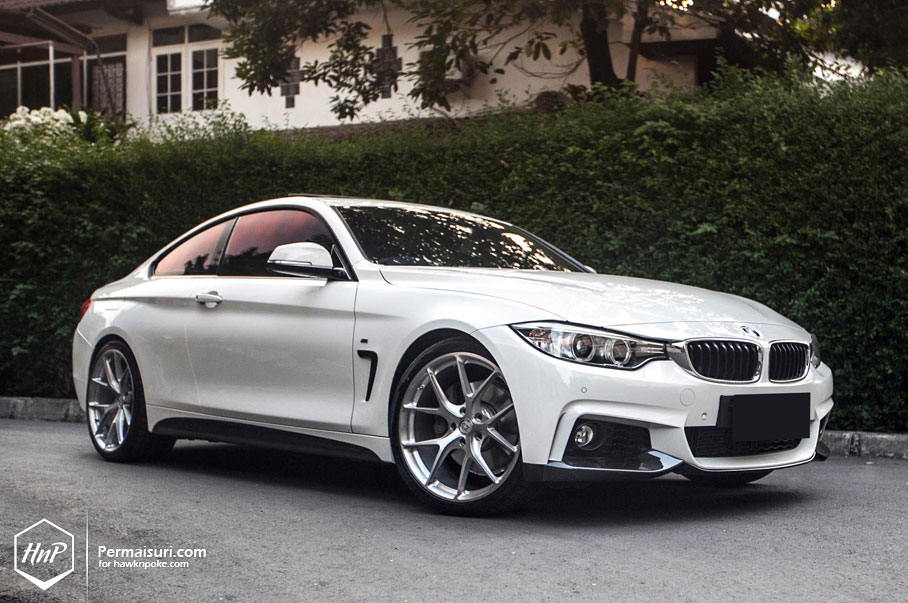 It’s no secret at all that Indonesia has become one of the most flourishing market in Asia, resulting in plenty of product bombardments from brands around the globe. High-end luxury cars have become one of these products. Nowadays there’s no shortage of prestigious cars you can stumble upon Indonesia’s streets. All the latest models from overseas can be found especially during the weekends. The citizens’ favorite high-end car of choice? The coupes. 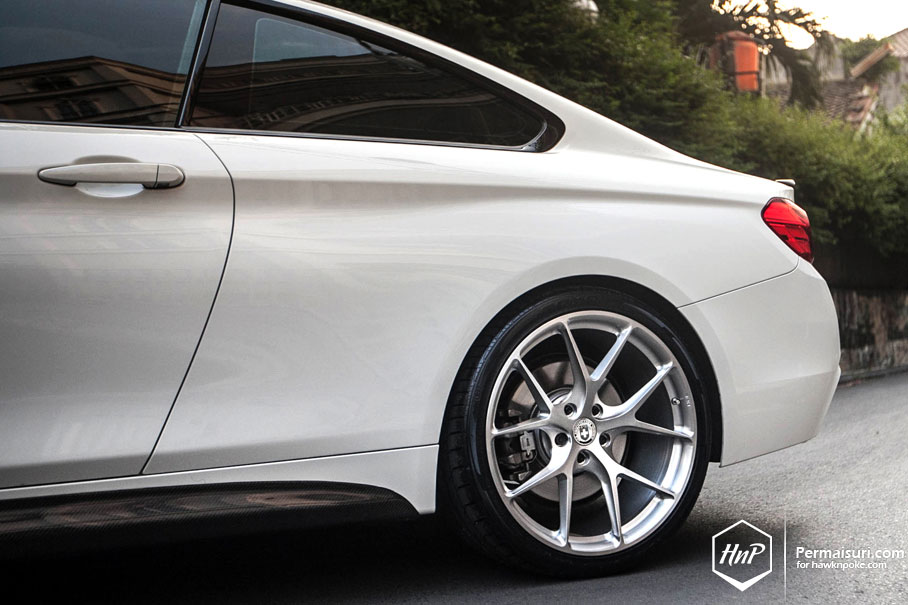 A term that originally came from French language verb ‘couper’, which means ‘cut’. The term ‘coupe’ was first applied to 19th-century carriages that had the rear-facing seats eliminated, resulting in a ‘cut in half’ appearance. These days a ‘coupe’ is referred to a car with limited rear seat volume. Furthermore, manufacturers have even expanded the term to coupe derivatives, such as sports coupe, convertible coupe, quad coupe, combi coupe, and even four-door coupe. Whatever the names would be, coupes emit a particularly sportier aura, making it one of the most desirable platforms ever. 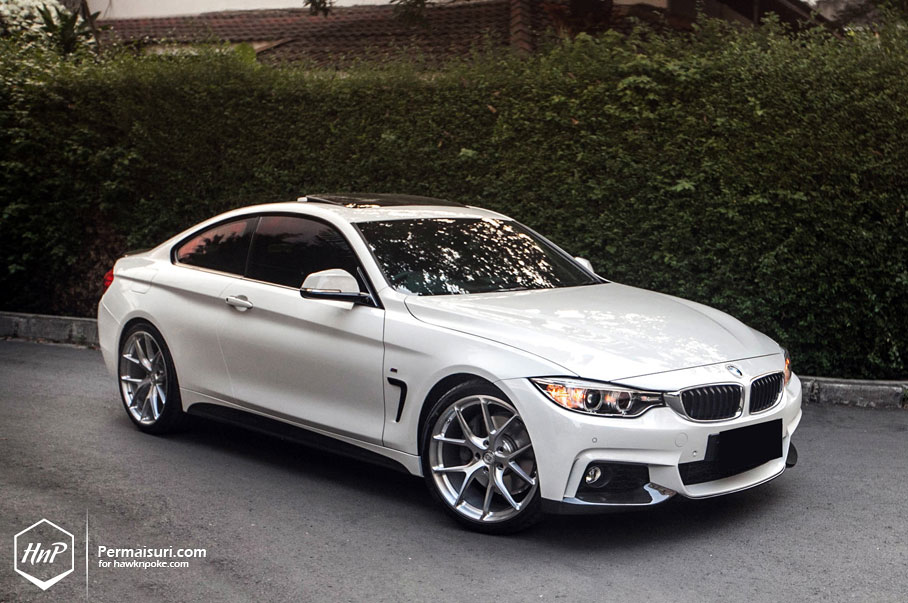 Names like Nissan 350Z, Toyota GT86, Audi TT, and Infiniti G37 are well-known examples of the most desirable coupes. Plenty of offerings are available out there, yet BMW has also become one of the pioneers in producing the modern era coupes, with its E21 in 1975. Today we have the E21’s indirect successor: the 4-Series (previously 3-Series coupe). Produced to compete in the same pond as Audi A5 and Mercedes-Benz C-Class coupe, the 4-series has some pretty serious competition at its trail. 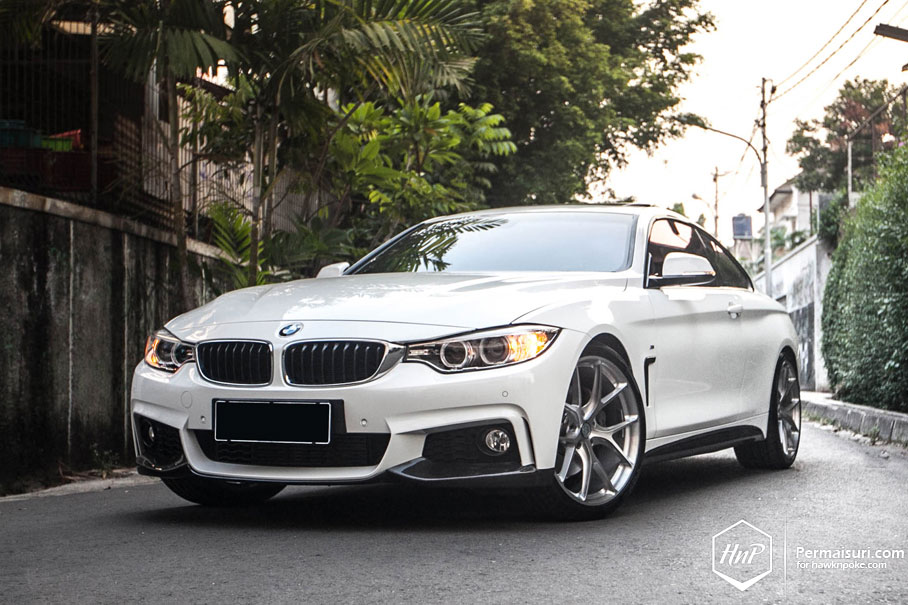 A car that features such an extravagant body style deserves top-notch quality parts in order to further stand out from the rest. That’s where the P-series from HRE Wheels comes in. Launched by HRE as the monoblock version of the well-known S-series, it has been proven to attract attentions all around the globe. Fully built in USA with the whole production happening in-house, the P101’s assembly from initial cutting process of the raw material, all the way to the finishing and superior quality control, made it a truly USA-made marvel. 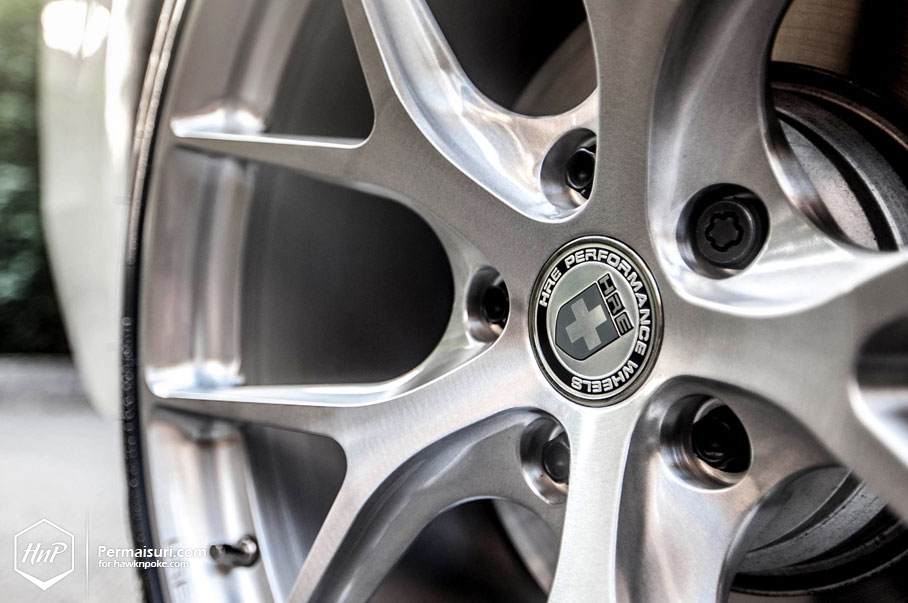 It is also one of the lightest wheels currently available on the market, with a weight of 10 kilograms for wheels measuring 20 inch in diameter. For individuals catering for exclusivity, HRE also offers P-series wheels tailored to one’s personal taste. From the diameter, width, offset, to the finishing desired; sufficiently saying, one could go wild or go mild with the specs. The cost of the exclusivity? An indent period ranging from 2 to 3 months. For the ones who prefer to put new wheels as quickly as possible onto their cars, fear nothing, for Permaisuri also has some of the wheels ready on its inventory. This particeular 4 series, for instance, rolls on 20 inch P101 wheels measuring 8,5 and 9,5 wrappped in Toyo DRB. With offsets measuring 30 on the front and 40 on the rear, it’s the Bimmer’s perfect companion. 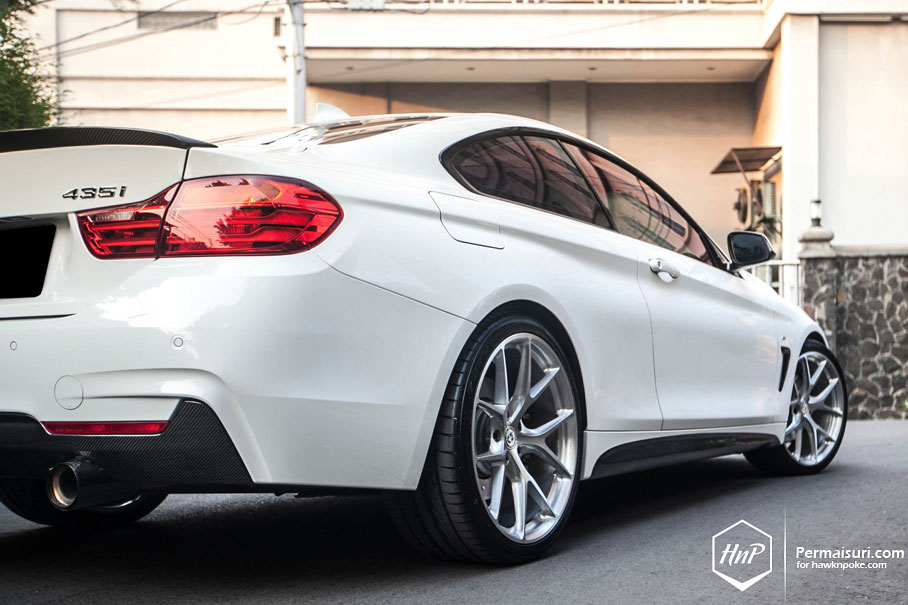 With the wheels off from the list, one often focus on the performance aspect of the build. Akrapovic exhaust this time fills the owner’s desire for a raspier engine notes. For the 4-series, Akrapovic’s offering could raise the power by 7.1 HP, increase the torque by 10.7 Nm, as well as reducing the weight by 0.8 kg. It also features ECU-controlled dual mode, in order to open and close the valves inside the exhaust, producing a choice of wild or mild in exhaust symphonies. 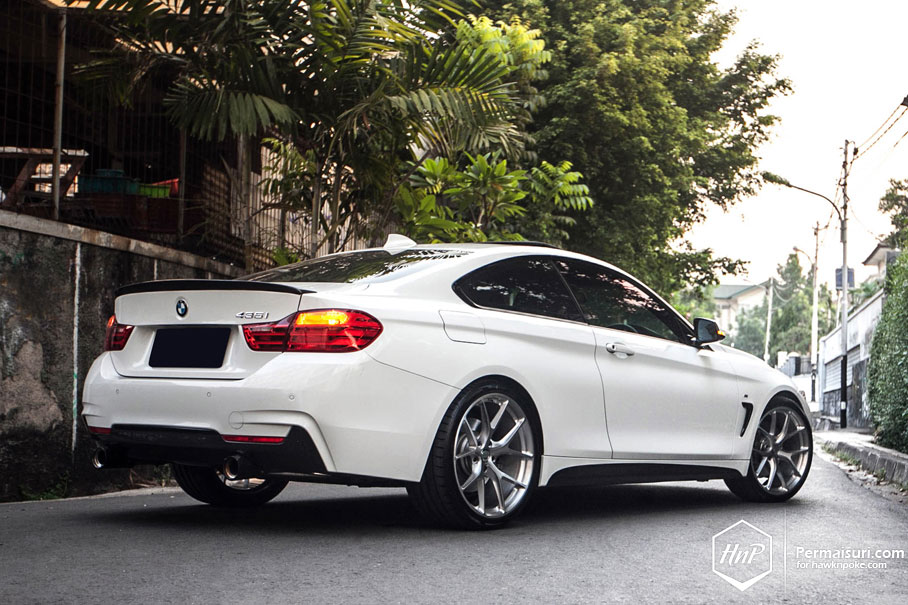 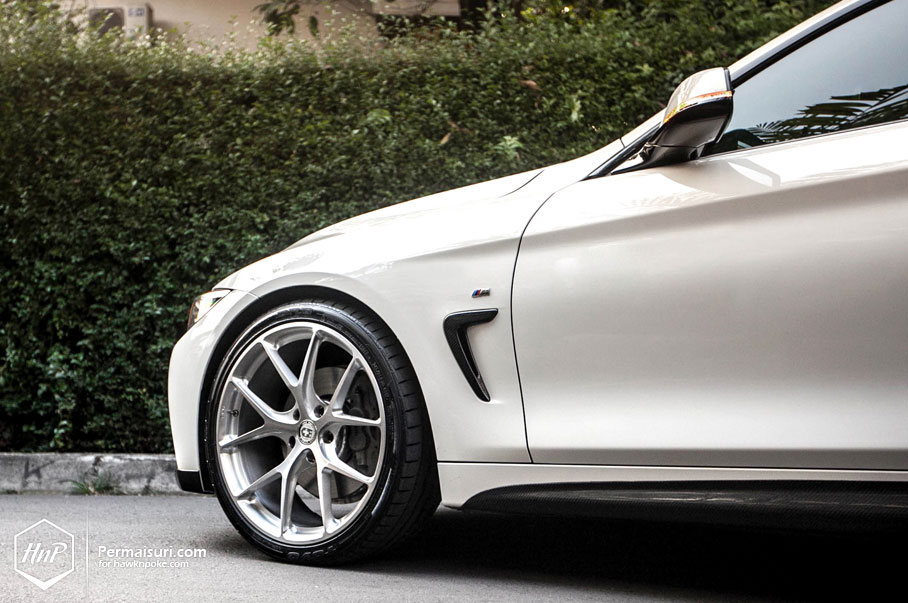