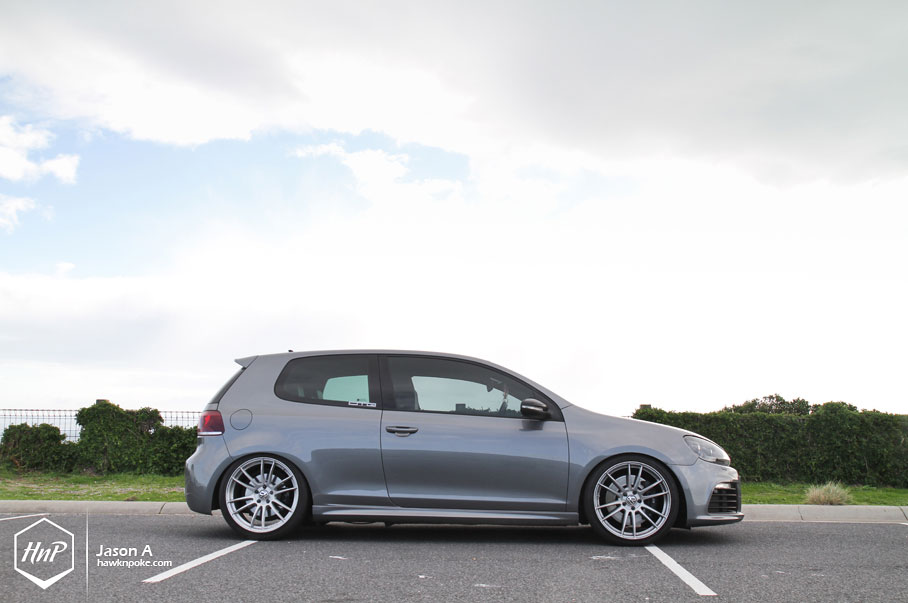 Off The Charts // Andreas’ Golf R on Rays

Straight from Melbourne’s gorgeous sceneries, Jason Alvin sent me these gorgeous captures of an Indonesian-owned Golf R. Couple of weeks ago we have the purple R32 from Sydney, and only last week we have an air-ed out GTI owned by Nick; today I have yet another Golf-platform build for the blog: this stunning Golf R owned by a fellow Indonesian named Andreas Yoesac. 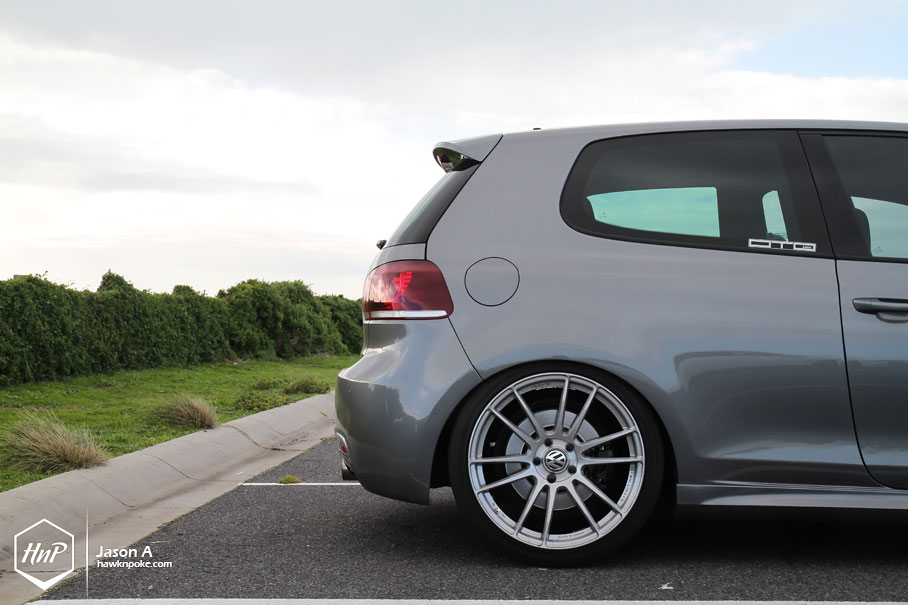 Andreas: “Having owned a 2011 Honda Civic in the past and a brother who owns a 370Z, I was lured into buying a Japanese sports car for my next car. But after months of consideration, I decided to try something different, something European. So the mighty Golf R became one of my options. 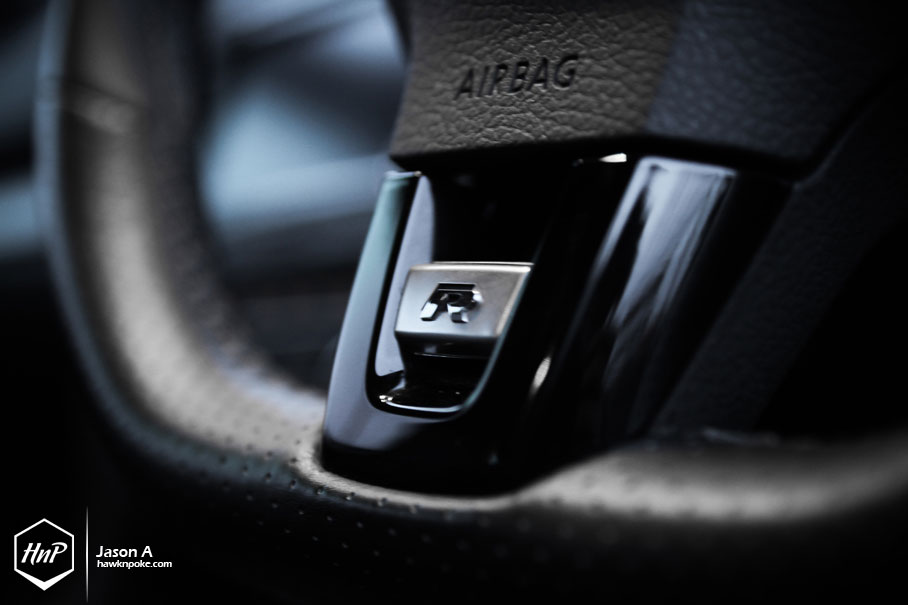 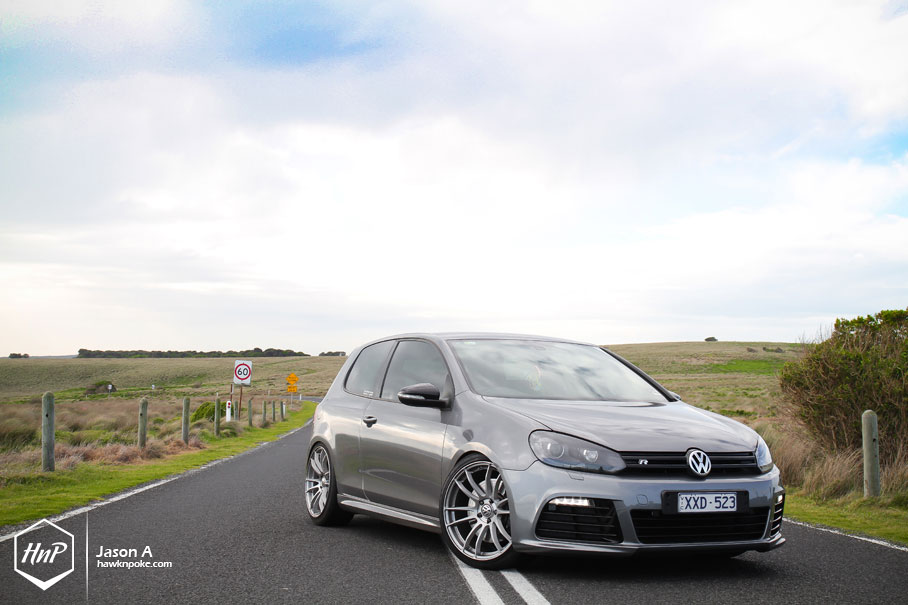 The 2-door Golf R is rare in the Australian market because of the Scirroco R’s popularity. Most buyers would choose the Scirocco when they needed a 2-door and the 4-door Golf when extra practicalities were necessary. However, following my searches at the Carsales website, I found this 2-door United Grey Golf R and it was the only 2-door for sale at that time. I was in love with it straight away and immediately decided to take delivery of the car. I also chose the Golf R instead of the GTI because the R has 4WD and is also rarer among Indonesians. 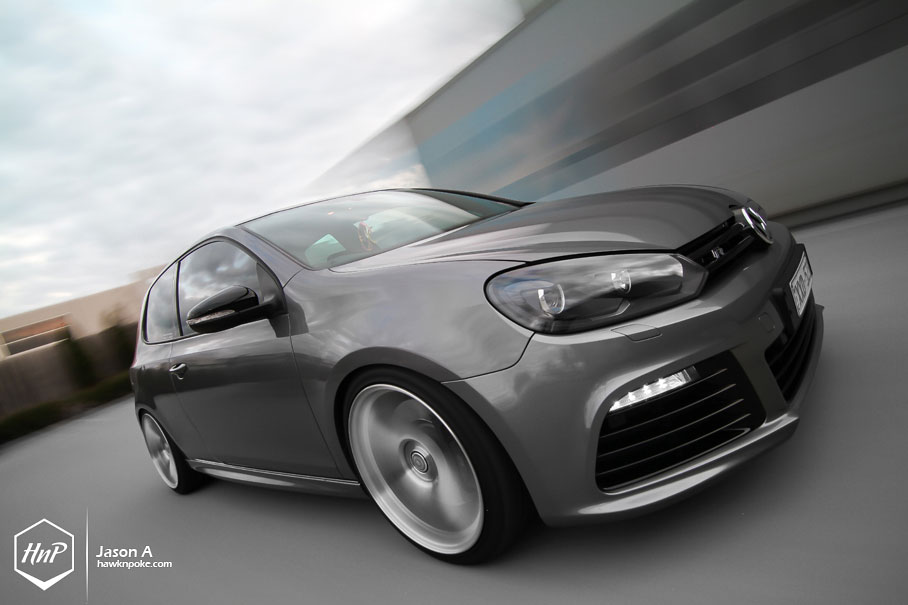 Some people say that aggressively lowered cars can’t be used for track days. But I love track days as much as I love stance. So I decided to setup my car as a “Trackable Stance”, with wheels and suspension settings made fairly low, yet still perfectly fine for going around the corners fast. 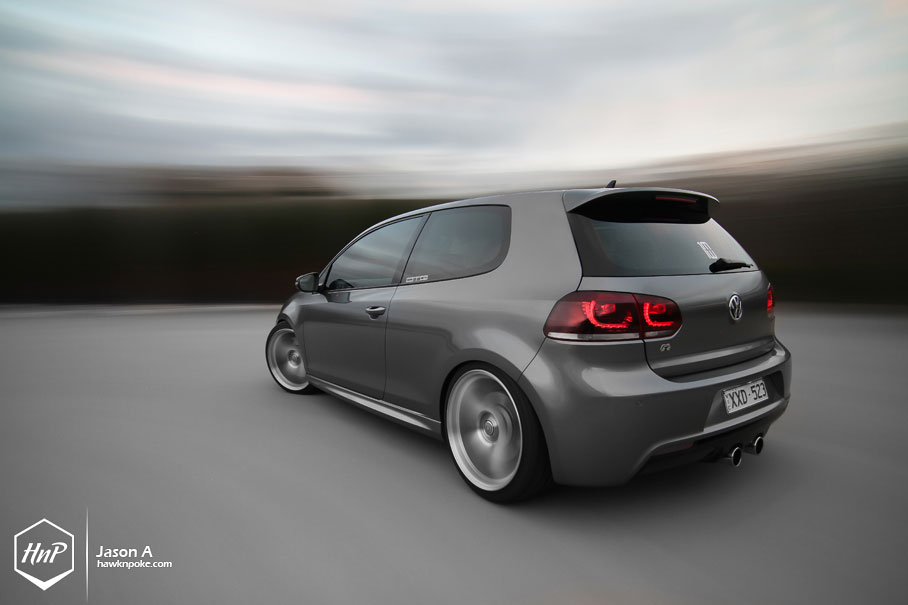 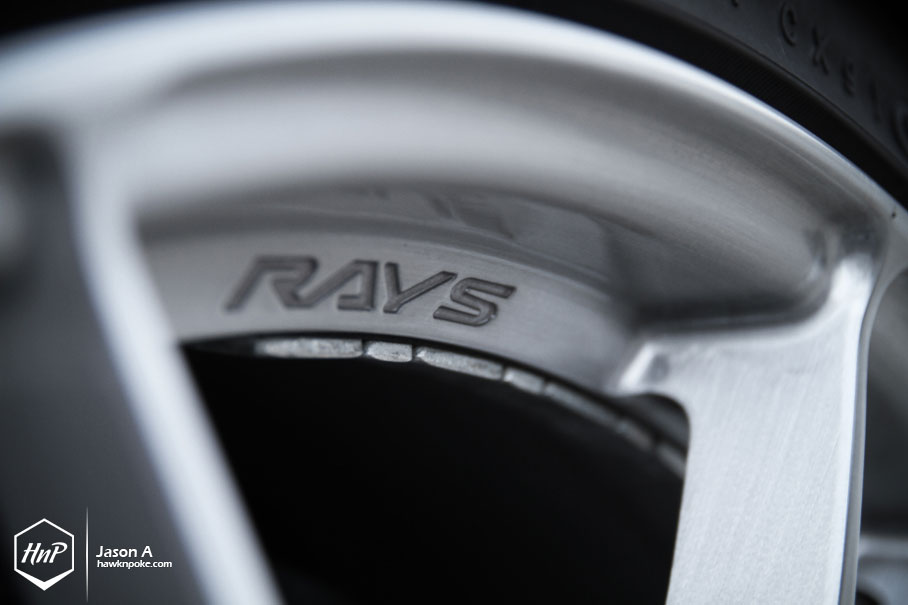 First thing I did upon my ownership of the car was to look for a proper set wheels, which I wanted to be light, strong and good-looking. I used to have a set of TE37 for my Civic and I believe that Rays is one of the best wheels manufacturers out there, with strong build quality, attractive design and excellent weight performance. That’s why I decided to find yet another set of Rays wheels for the R, and straight away went to a Rays Authorized Dealer in Melbourne. 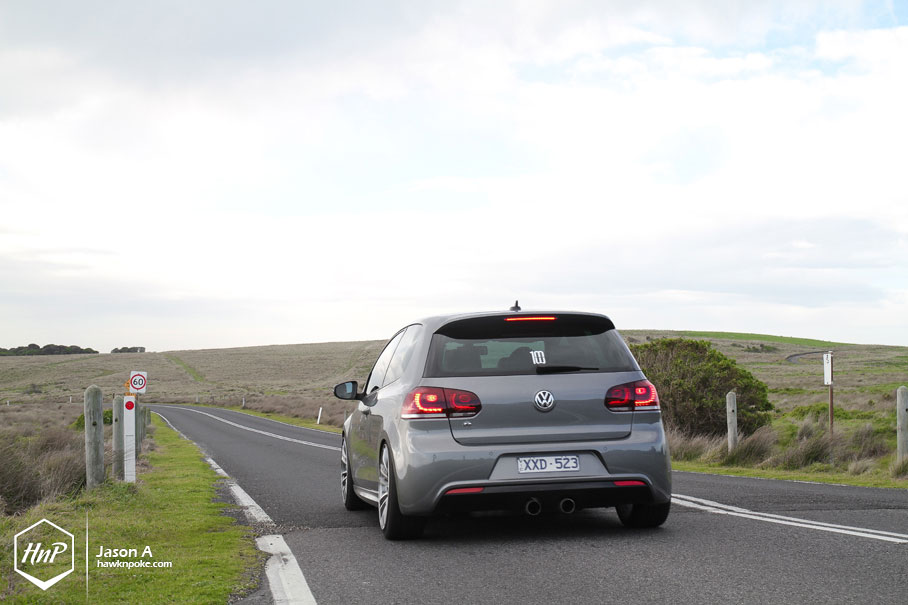 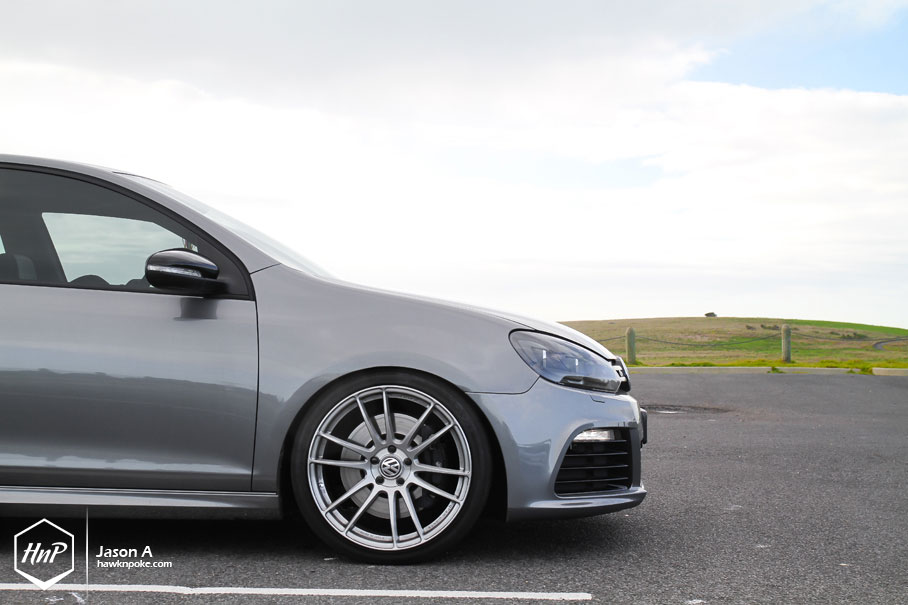 The brushed-finish Gram Lights 57Xtreme came down as my wheels of choice. This unique finishing was a custom order by the dealer to Rays, because there’s simply no ‘brushed finish’ option in the catalogue. Initially, the only sets Rays made were prototypes, and not to be sold to the market. However, through some off the charts methods, the dealer was able to order some 2 sets of the wheels in this awesome finishing, making them the only 2 sets in Australia. The sizing of the wheels were specifically designed for the Golf R, making them the perfect choice for me. 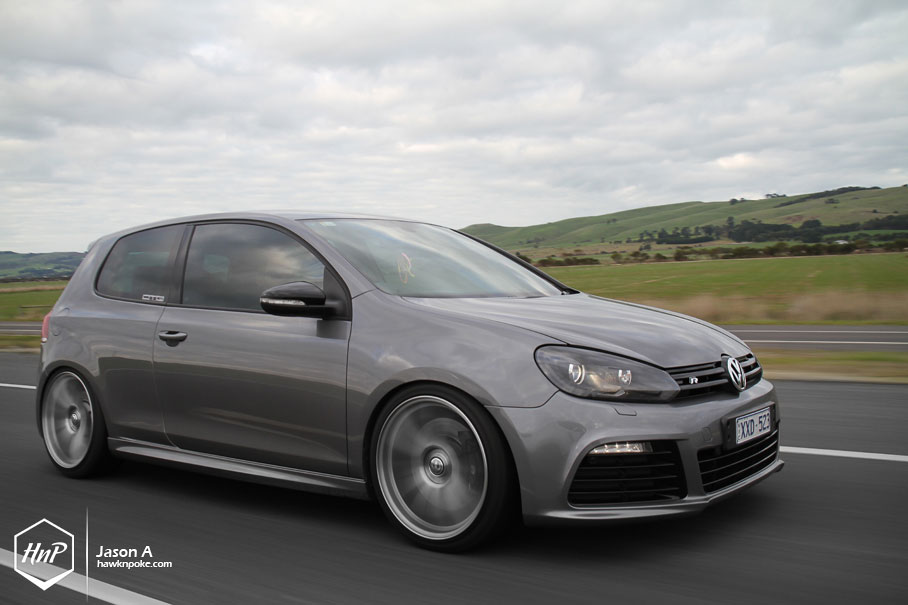 It is a sin to change wheels without doing suspension upgrades. So I installed the Ksport coilovers to stiffen up the ride and attain the “Zero Gap” look I’ve been after. Performance-wise I’ve also installed the Volant Air intake to spicen up the engine’s responsiveness and output figures.” Andreas Yoesac