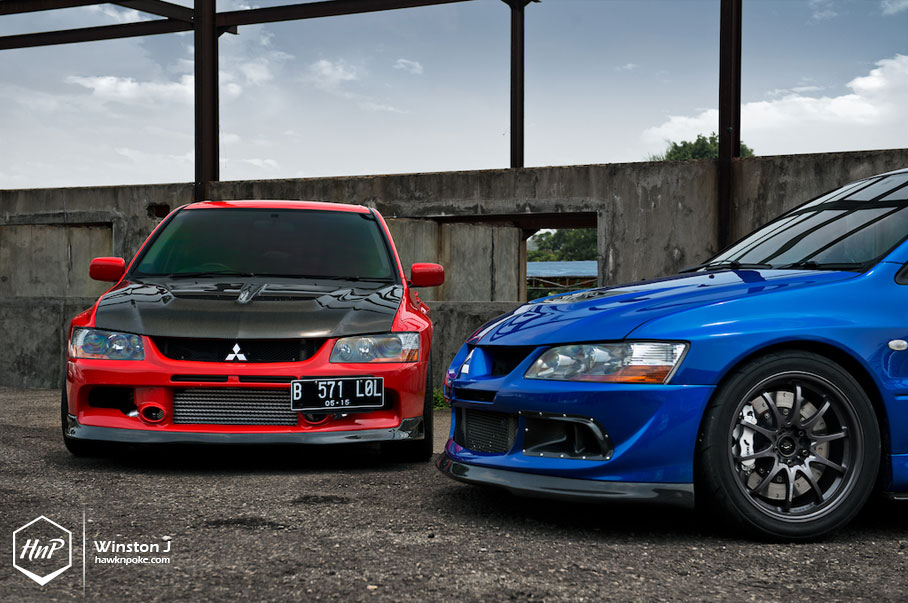 As a Flashback Friday, tonight I present to you a special photoshoot article featuring a pair of Lancer Evolution VIII’s captured by Winston J. Both rides have previously been featured on our site (Sanadi’s STI LOL Evo and the Daytona Blue Evo), so go ahead and check out those articles for the stories behind the builds! Meanwhile, this photoshoot has also become an unofficial farewell ceremony for the blue Evo. While both of these cars can usually be spotted together at the Excess Motoring garage Jakarta, right now the blue gem has been shipped over to Medan; currently residing under Ton’s Garage good care. Enjoy the captures! 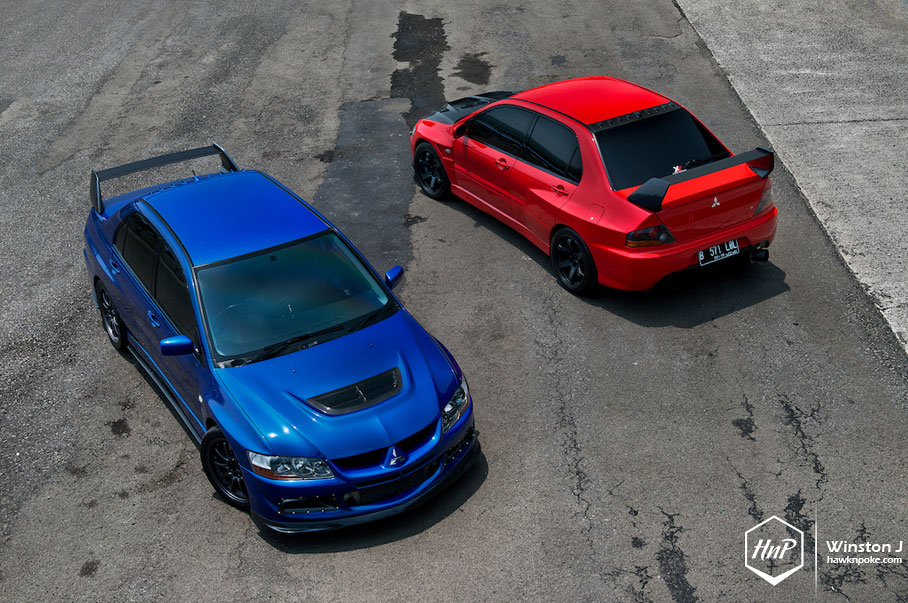 All clean and powerful. A lot of work has been done underneath all these spotless exterior works. The red warrior, for example, has been implanted with a GTX3076 turbo while the blue one has gone through a thorough internals rebuild. Both of these rides has essentially been rebuilt so well that they’re performing like new. 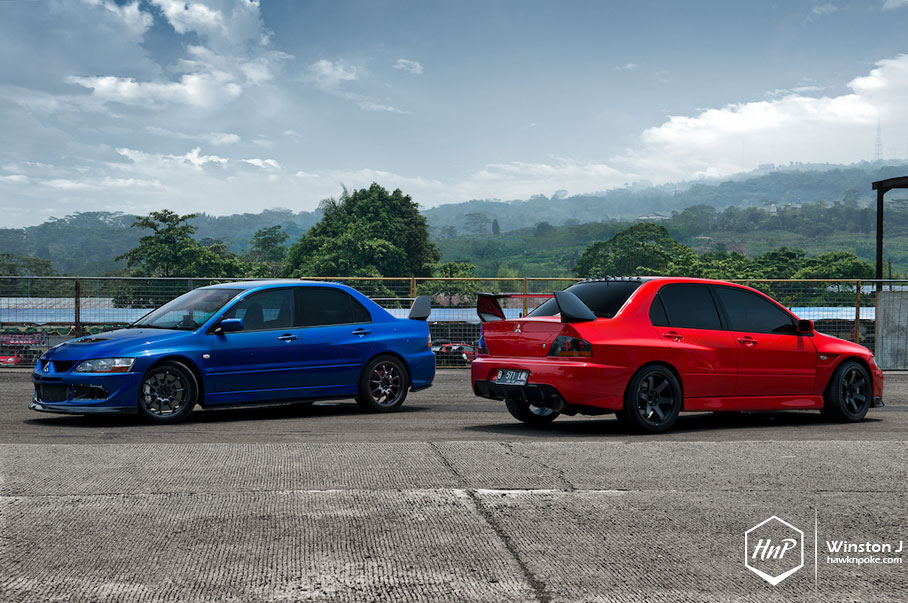 Daily drivable power. Despite all those aggressive mod list specified on both rides’ featured articles, neither is a beauty queen. They’ve been built to perform, reliable and daily drivable. 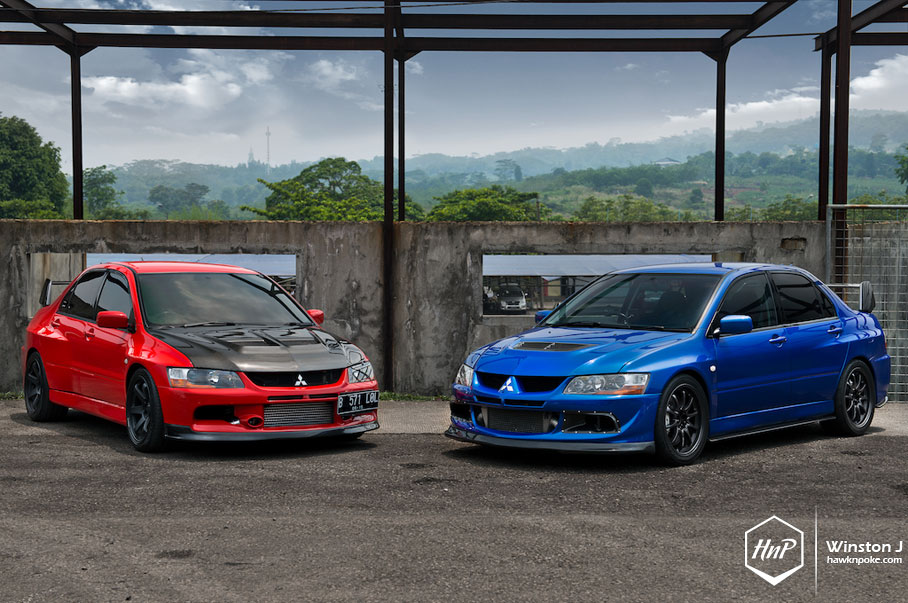 The subtle Do-Luck widebody and the carbon hood on the red Evo has given it the more aggressive look, while the blue gem relies on its painted-to-perfection Daytona shade to impress. 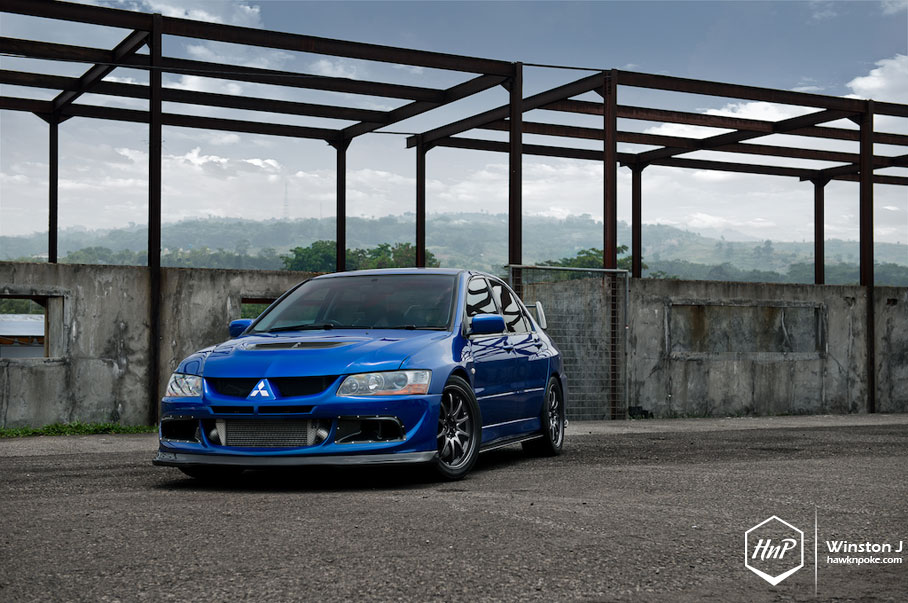 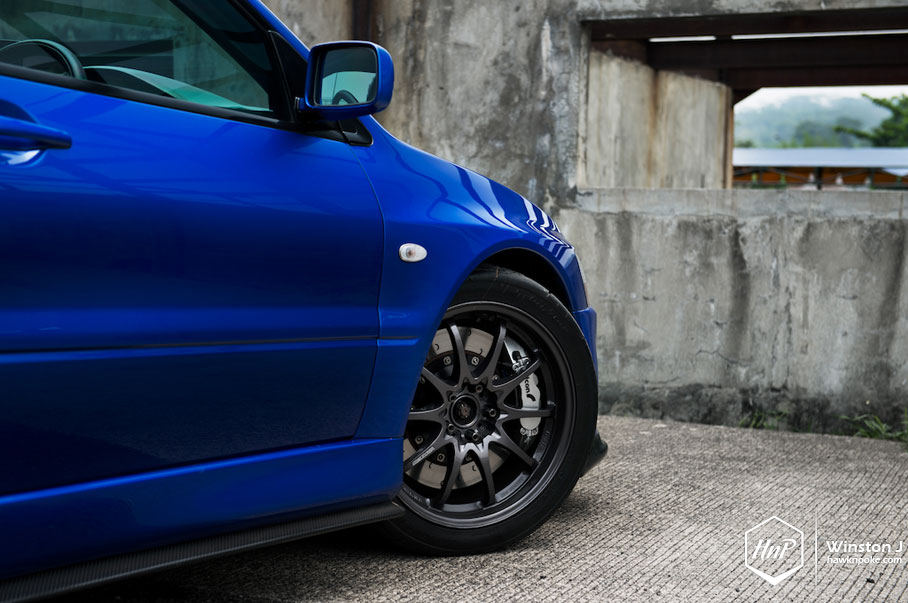 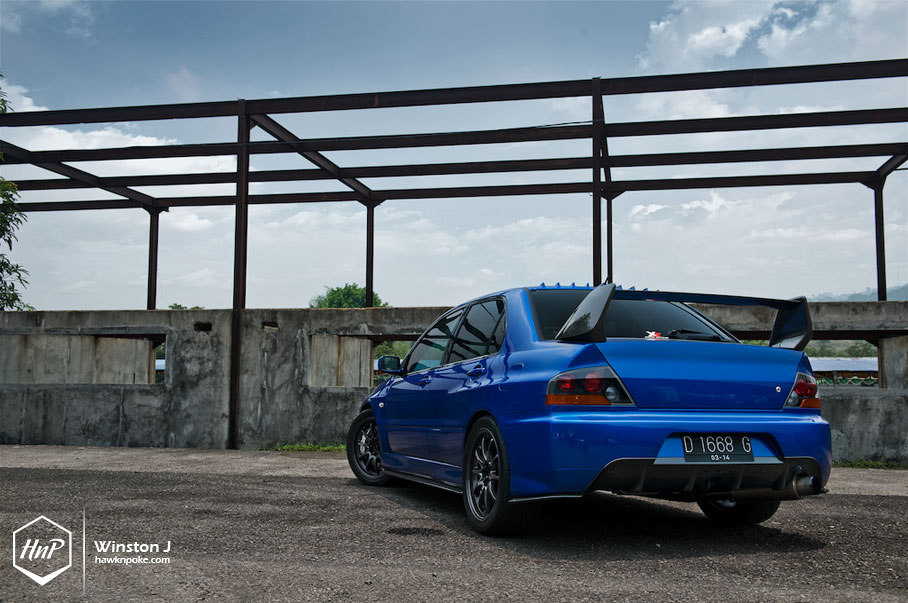 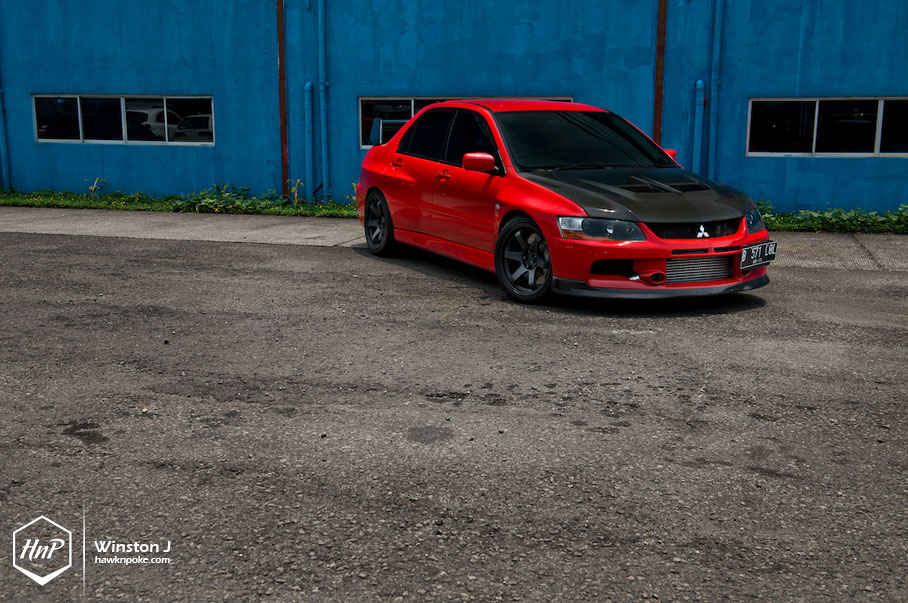 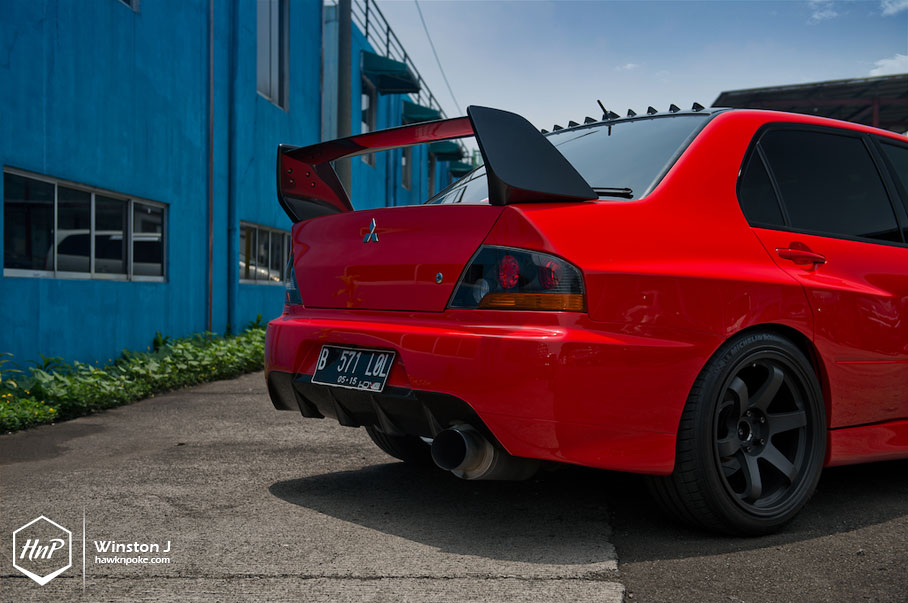 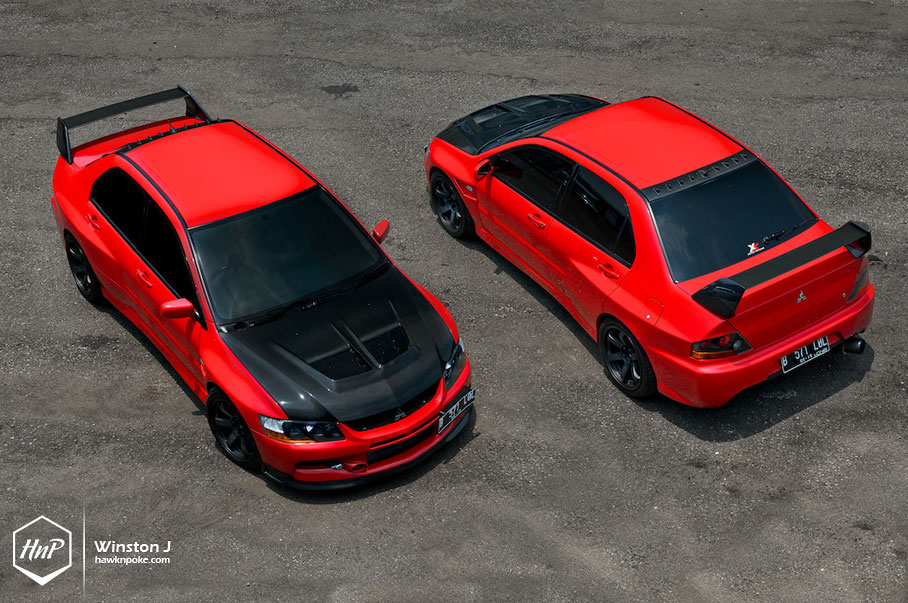