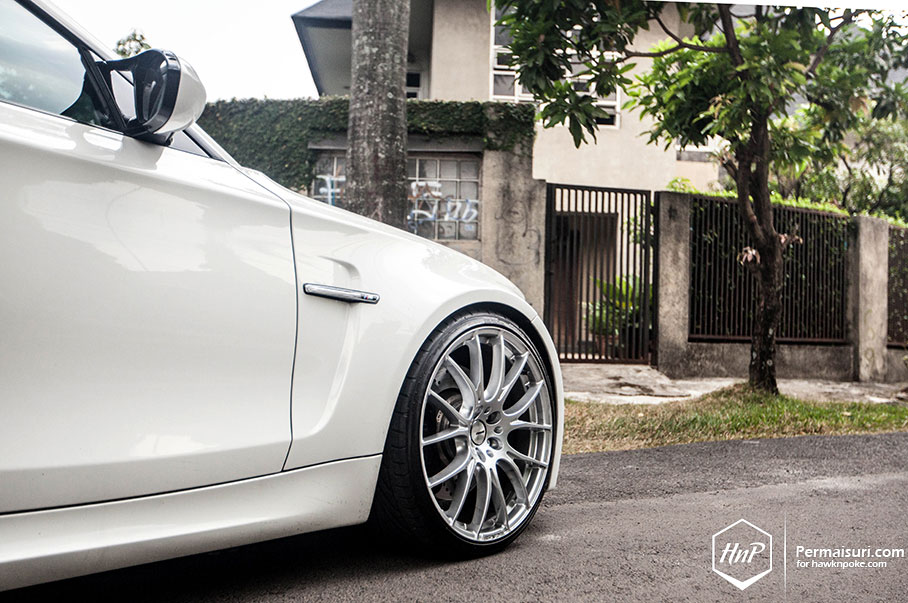 Last week we’ve featured the 135i on DPE, some time ago we’ve also featured the M135i on BBS; today it’s time for these rides’ beefier brother: the BMW 1M. Meaner, wider, and faster, the 1M has been infused by BMW Motorsport division’s culture of speed and precision on top of its 1-Series platform. From flared fenders to the aggressive bumpers, the 1M retained the M series’ styling cues while giving it a totally different form factor: the most compact modern M to date. Initially planned to be built under a 2,700-limited-unit production scheme, the 1M’s overwhelming demand forced BMW to put that plan aside, with current production figure hitting 6,300+ units mark worldwide. With its production being ended in June 2012, it has also become one of the rarer modern M cars on our streets. 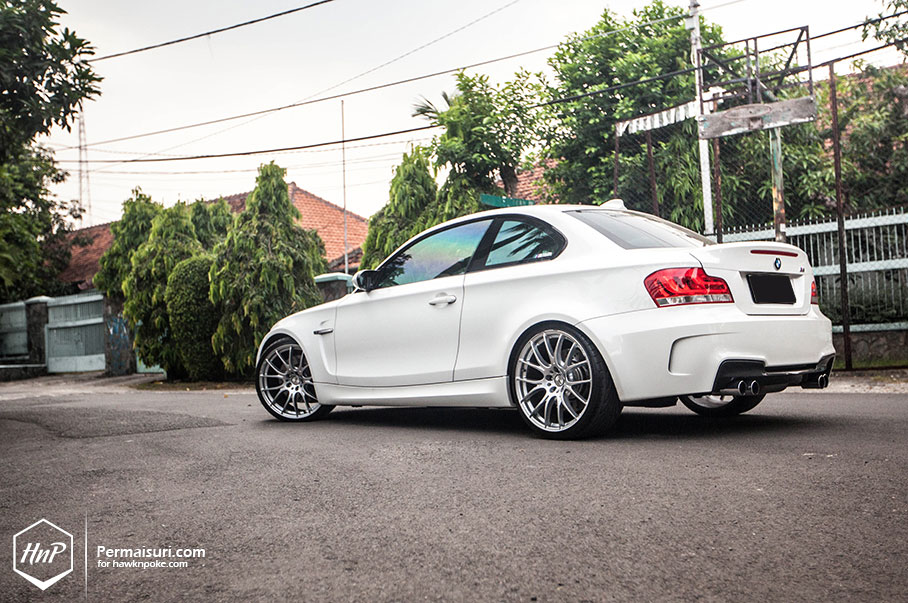 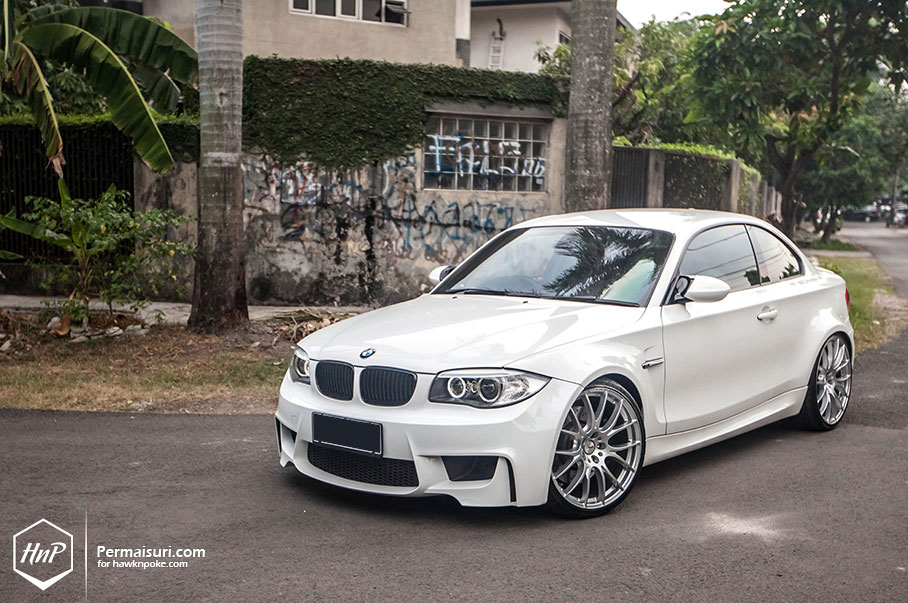 What I have today is a 1M dressed up by Permaisuri. From KW V3 Suspension to this set of gorgeous Rays Homura wheels, the whole package has combined a great Euro-on-Japanese-wheels-look for the sporty 1M. Coupled with the Akrapvovic Exhaust System, the M-tuned engine has also produced a much more interesting exhaust notes. 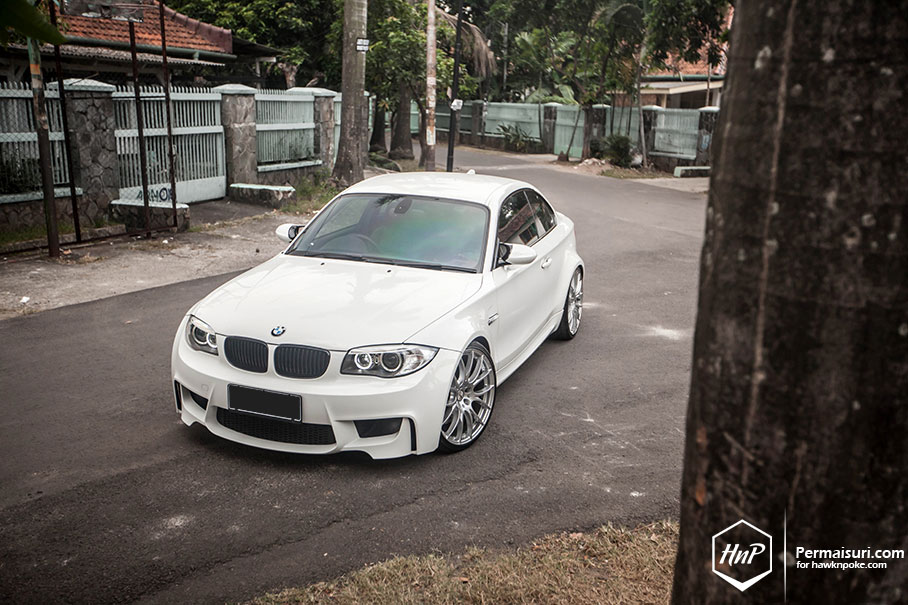 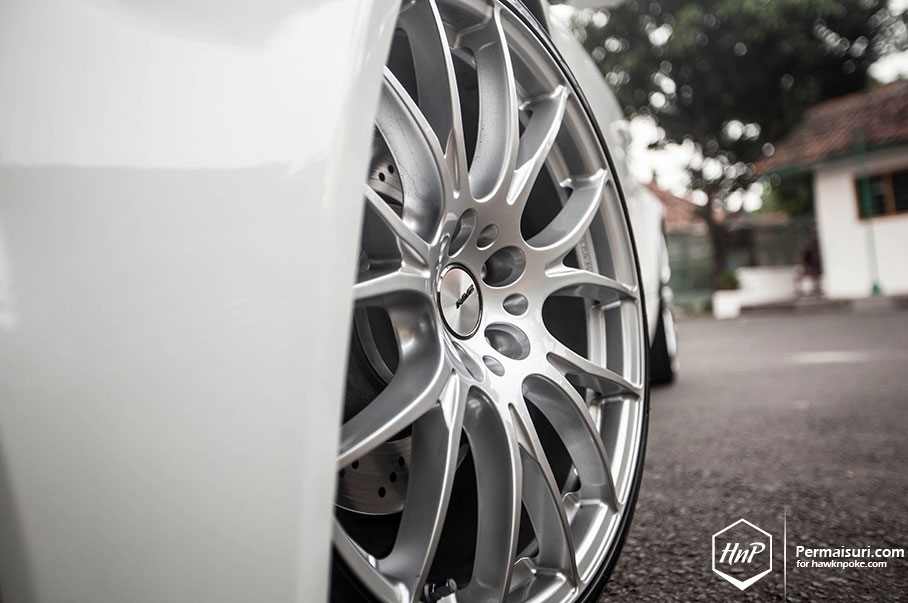