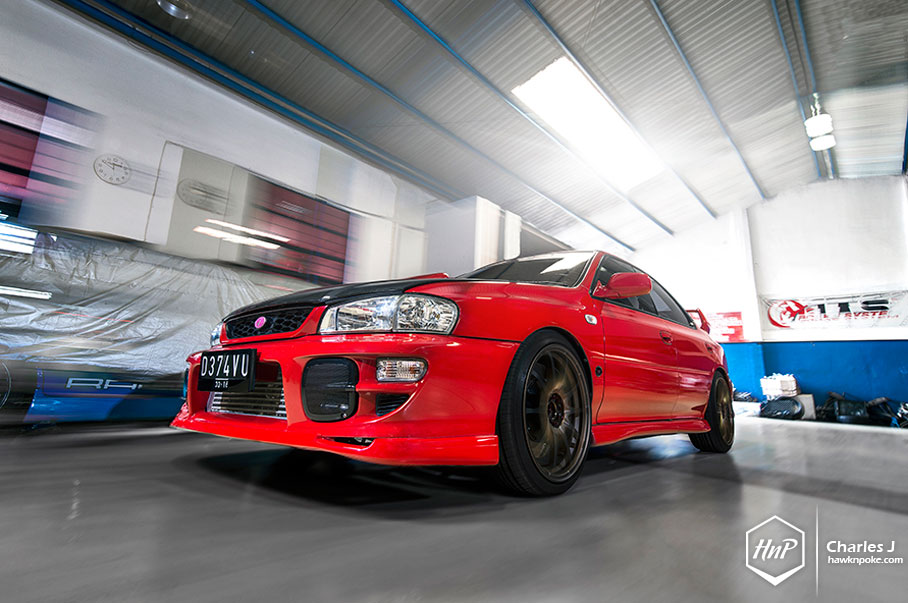 An ever-growing trend among car manufacturers’ rivalries these days is in the form of numbers “racing” (a race for higher HP and lower 0-60 times repeated on a yearly basis). A 1992 GC8 Subaru WRX, for example, came off the factory floor with 236HP. It’s rival, the 1992 Mitsubishi Evolution I topped the output simply by adding 8 extra HP, into 244HP. That extra 8HP is just-enough for Mitsubishi to brag and market its Evolution as having more horsepower than the WRX. But soon after Subaru introduced the STi version with 247HP, followed by Evolution II’s 252HP. You see, for every year and every generation a model was introduced, the manufacturers added that extra bit of ‘oomph’ to make sure the new car will stand out, at least on papers, from the previous gen’s or rival’s. Today it has come to the point where 2013 STi has 305HP and Evolution X has 291HP. Again, very close numbers, it’s as if Subaru and Mitsubishi have always gathered together for a debate class every year to decide their next cars’ HP figures. They no longer are competing on rallies, but on papers instead. So, do these figures truly represent the quality of the new models they introduced? Is the horsepower race really the tipping-point from which buyers should decide where to put their moneys into? I don’t think so, and Bob certainly doesn’t think so too. 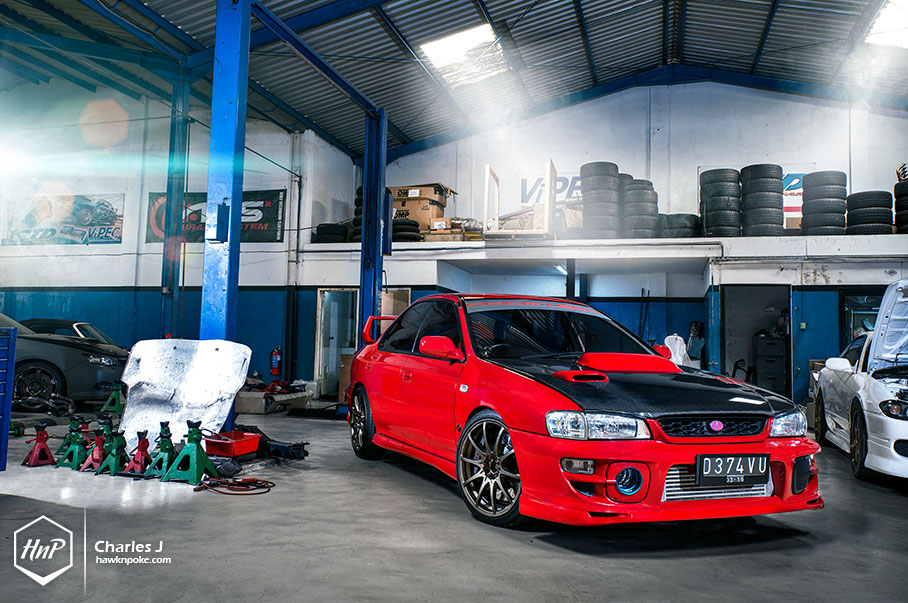 It all started in the year 1993, when Bob had a trip to Perth to visit some relatives and friends. If you recall, 1993 was the year when WRC Championship rivalries between Subaru and Mitsubishi were among the hottest automotive news at that time. These ‘budget’ high-performance sedans were taking over the streets all over the world for their highly modifiable platform, robust functionalities and WRC-celebrity status. The best bang-for-the-buck at that time. Even Australian Holden and Porsche dealers were threatened by the arrival of these Japanese intruders. The Holden V8’s were simply too heavy, while the Porsche’s were too expensive when compared to these GranTurismo warriors. Long story short, Bob got the chance to drive around in one of his cousin’s 1993 WRX during his trip, and what a life-changing experience it was. The grumbling boxer engine, the rally-inspired wings, the grippy AWD system, has all brain washed Bob into having the Subaru as his must-have future car. His Starlet at that time obviously fell short on every level compared to the Subaru. 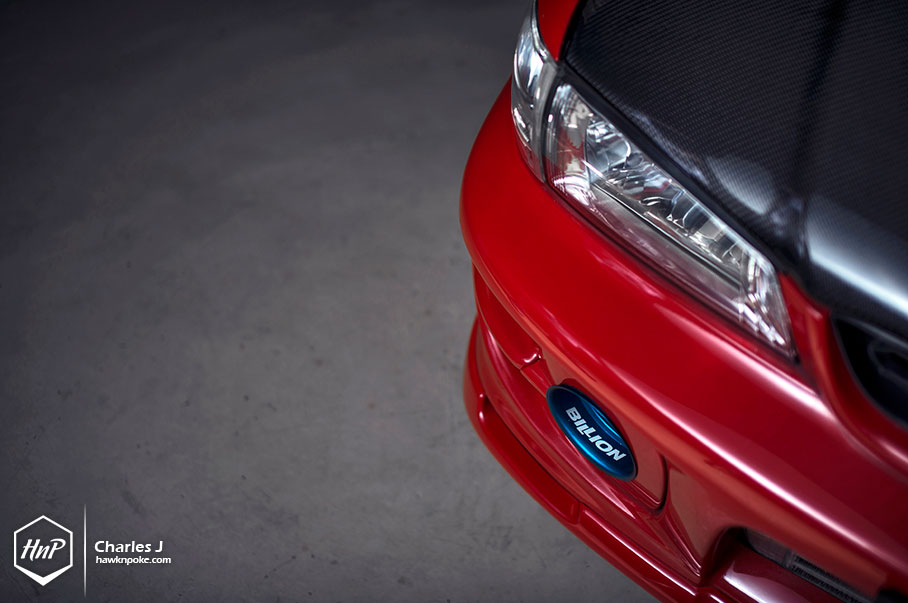 Fast forward 20 years later to 2013, Bob still has the same kind of excitement towards his 1994 GC8 Subaru, a car he is finally able to buy and enjoy. It’s a Deja Vu all over again to the moment he first sat on his cousin’s Rex. But this time his STi has been dialed all the way up to 11. With engine mod-list surpassing that of the exterior’s and interior’s combined, you know what kind of gearhead Bob is. But these all didn’t come so easy either. 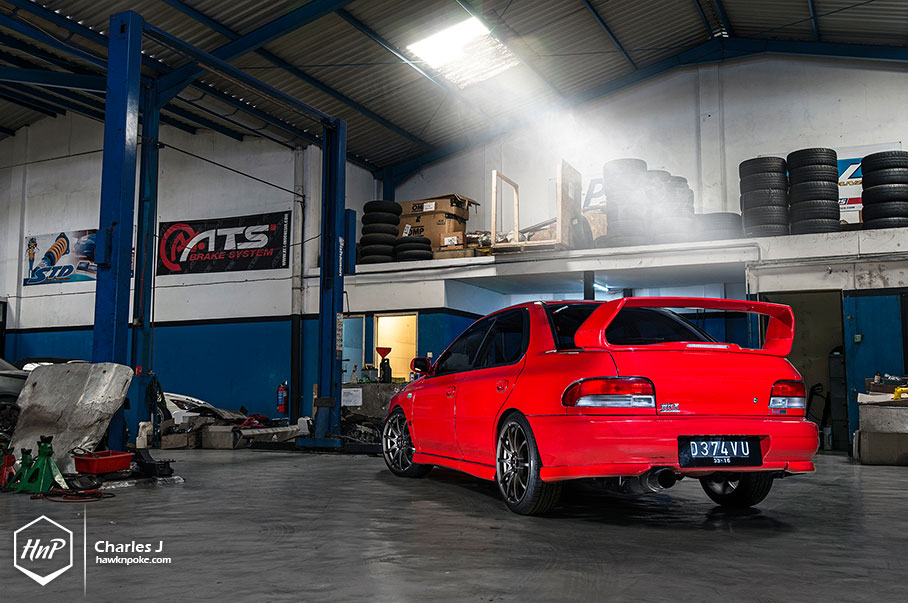 Ever since Bob sat inside his cousin’s Rex, he has grown a huge interest towards the WRX platform. But neither of his family members, especially his father, could share the same passion. “It’s simply too fast,” he’d suggest, “and what an ugly looking car it is to spend your money on.” So, instead of the Subie, Bob had the chance to drive around the Mazda MX6 and A4 Quattro instead during his study in Perth. Decent cars I shall say, but simply not satisfying enough for Bob. Deep down he still has that crush for the GC8 STi. 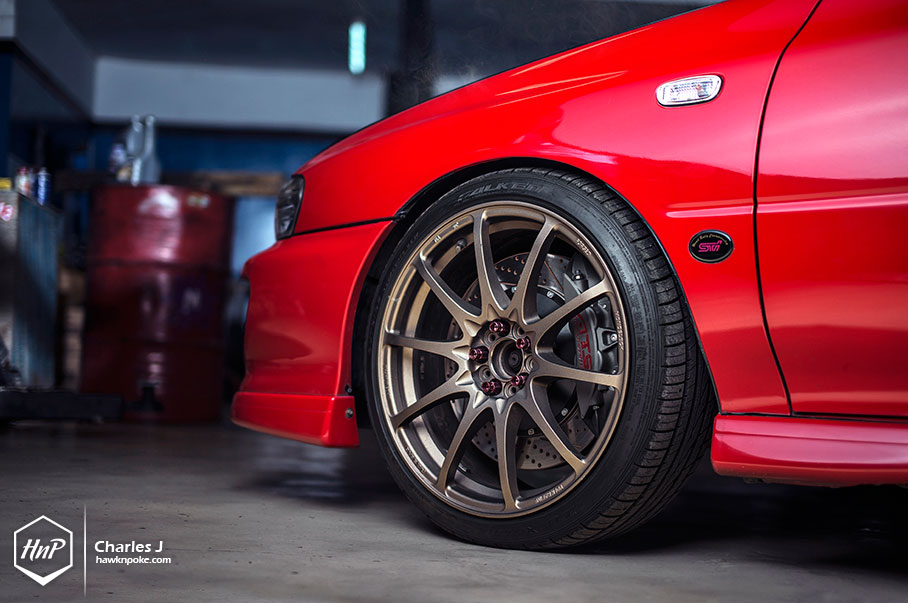 Upon finishing his studies and returning back to Jakarta for good (back then around 2003), Bob has planned another way for him to get the GC8 in Jakarta. Deja Vu all over again, neither of his family members had supporting comments towards the car. “Too ugly, too fast, and too old a car” this time, “why don’t you buy a proper car, like the Merc.” Despite these comments, Bob still decided to search and buy the car, without their consent. And what a surprise to him, a friend of his happened to be putting his GC8 for sale at that time. With ‘Deja Vu’ plates and complete paperworks, Bob didn’t even have to think twice before buying this red gem off his friend. What a rare find it was. 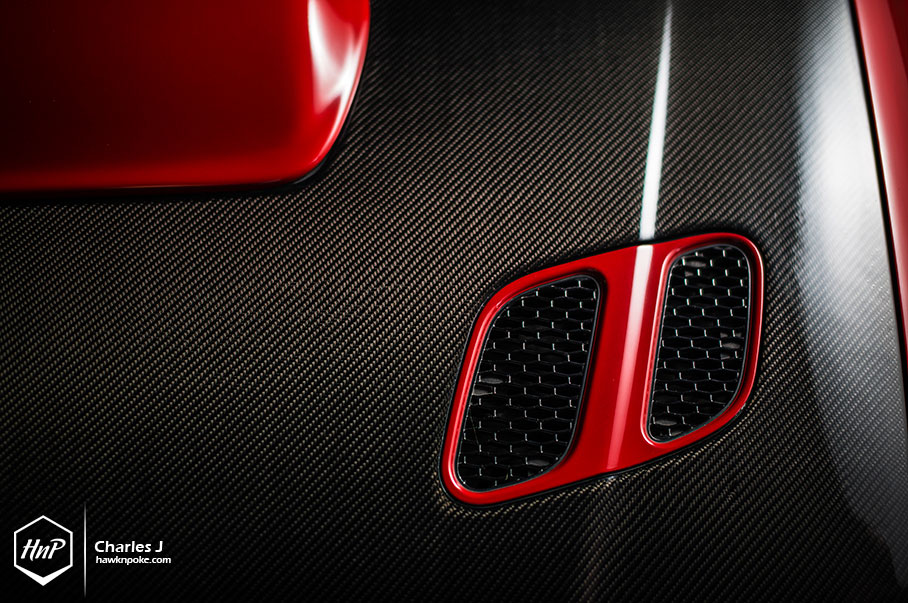 It was a long three months before his father found out about the forbidden car. Bob was seen driving it while his father was stuck behind him in traffic. He called Bob to check if it’s really him driving the bright red GC8 right in front of him. It was him. But some short arguments and laughters via the phone later, Bob did get the nods. However, even to this day, which is 6 years later, his father is still jokingly suggesting Bob to trade the STi for a Merc, knowing that the current market value of the GC8 is the same as some brand new Mercs. “Ain’t gonna happen,” said Bob, “unless it’s a R34 GT-R, that one I might give it a second thought.” 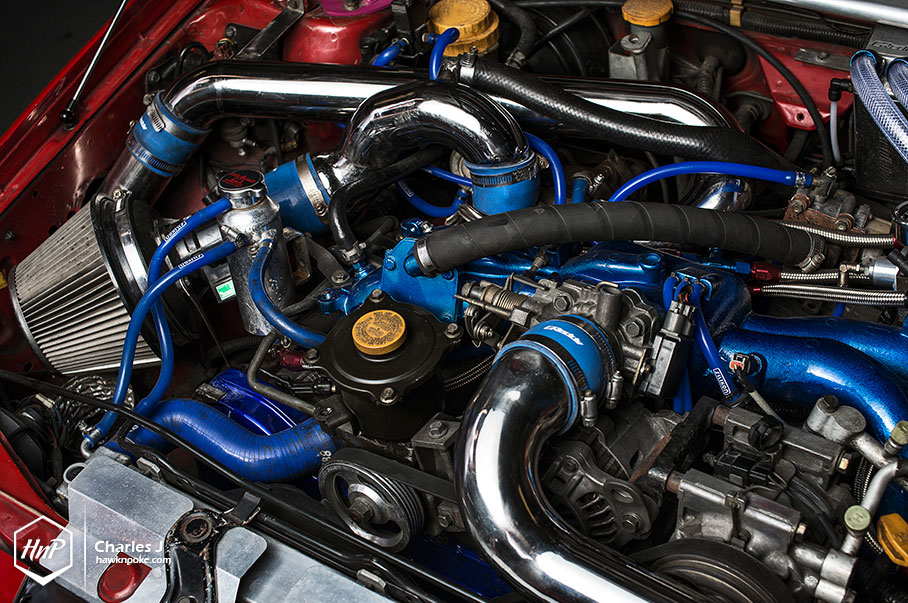 When it comes to modifications, Bob has decided not to pursue for the highest horsepower figures. For him, this GC8 build is to be focused on maintaining the car’s reliability while upgrading some of its parts to make daily drivings more exciting. Fun, quick, and functional, it’s the way that these STi’s are meant to be built the first time they came off the factory floors. And Bob wanted it to be kept that way. 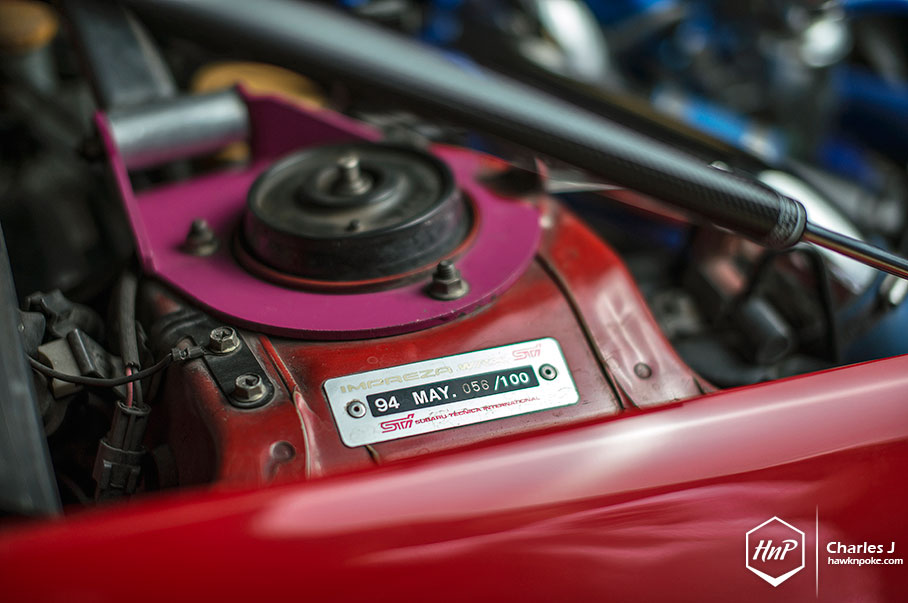 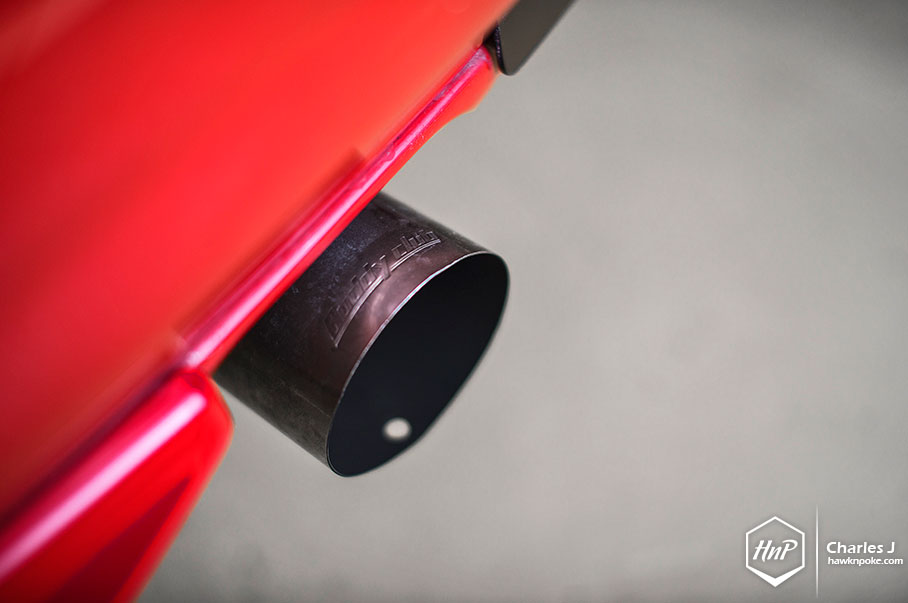 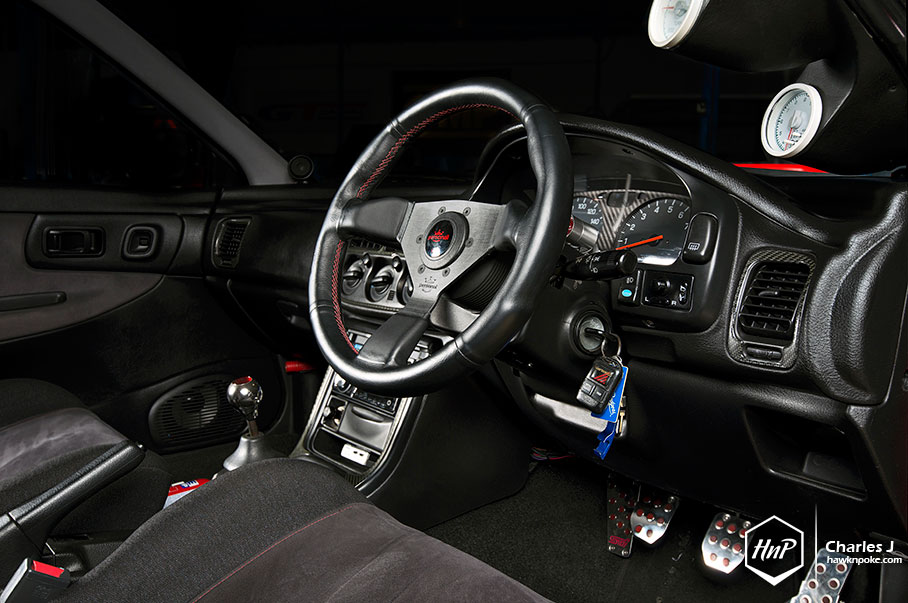