Brabus, one of the maestro tuners of Mercedes Benz, being in the same league as AMG, Renntech, Lorinser, and Carlsson. 1977 was the year when Brabus was established by Klaus BRAckman and Prof. Bodo BUSchmann. It’s been a trusted high performance tuning company ever since, specialized in Mercedes Benz.
What you are about to see in this article is an SLK that has been single tuned by Brabus. This is the Third Generation of SLK series that have made quite an impact to the Cabriolet/Convertible market out there. 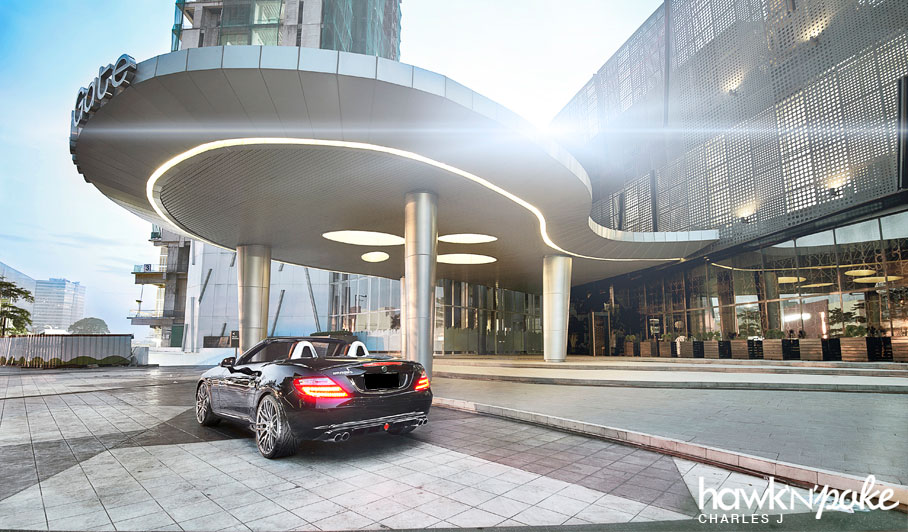 Impressive in its standard form, this SLK has been modified and tuned further by Brabus; transformed into what I call the state of “Perfection Redefined”. 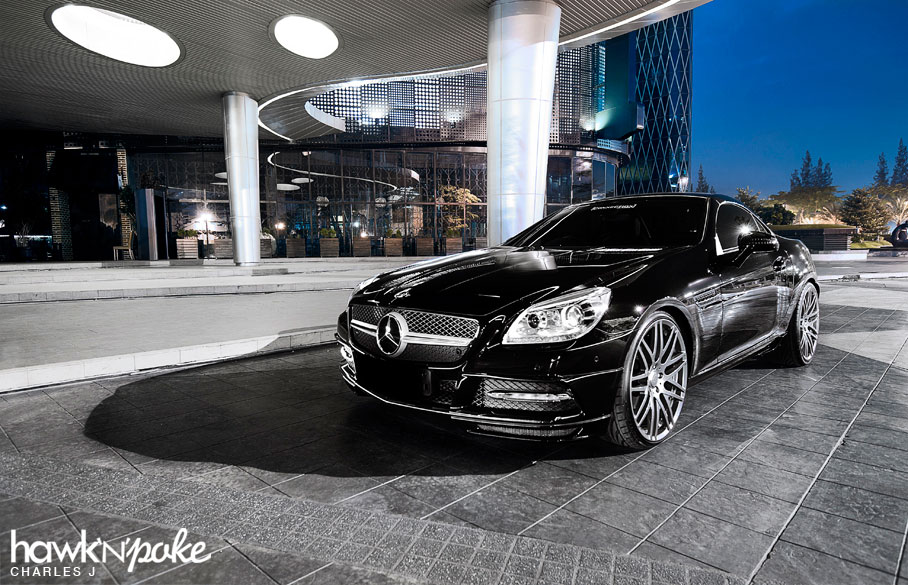 It comes with Brabus add on front bumper, side skirt, rear bumper, and rear spoiler for the body parts. The exhaust has also been touched by the delicate Brabus engineering. 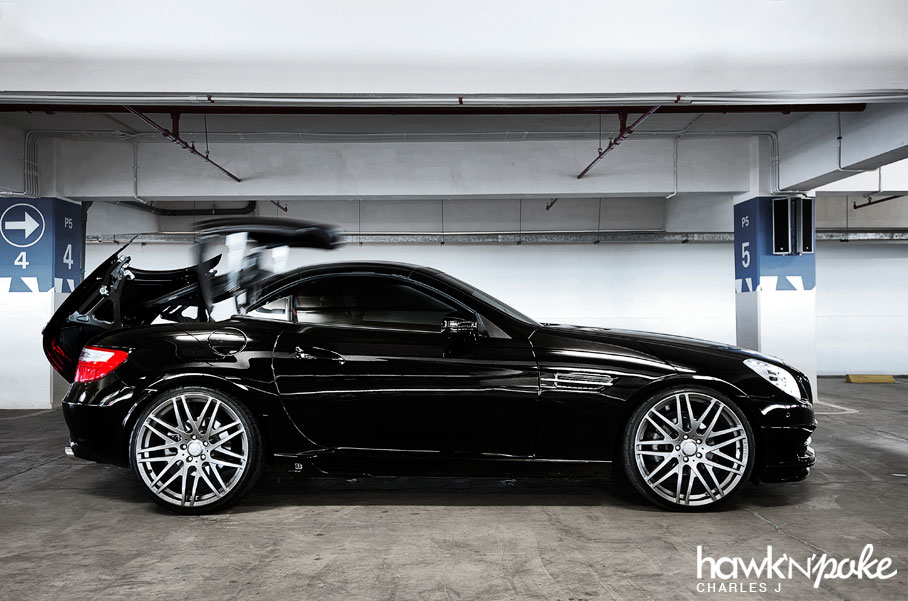 The latest design of this Monoblock type F wheels comes with a special finishing called the “Liquid Titanium”. It was chosen by the owner due to its harmony with the futuristic design of the new SLK. 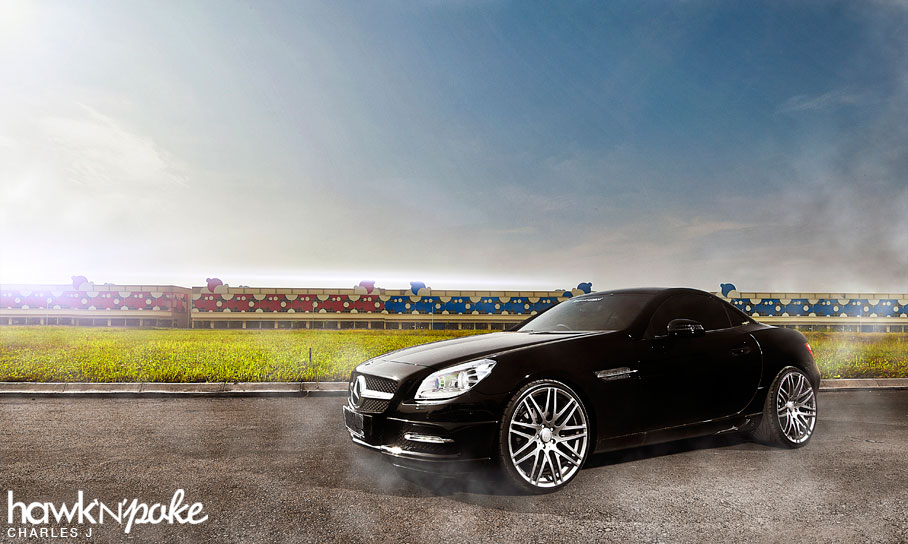 The owner trusted his suspension selection to KW Springs, whereby the ride is currently sitting lower than stock by around 2 inches. KW Springs are chosen because the owner still wants to maintain the comfort level of his ride. 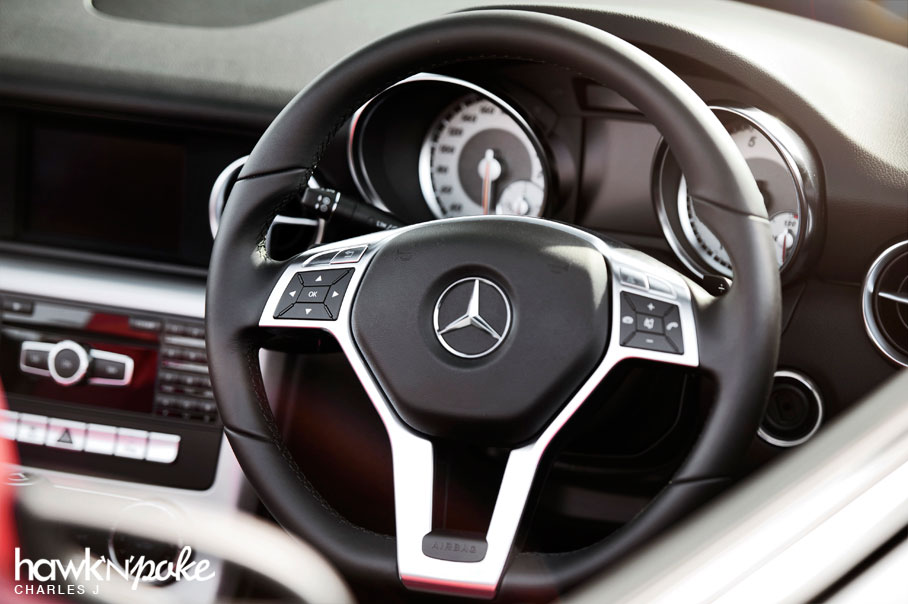 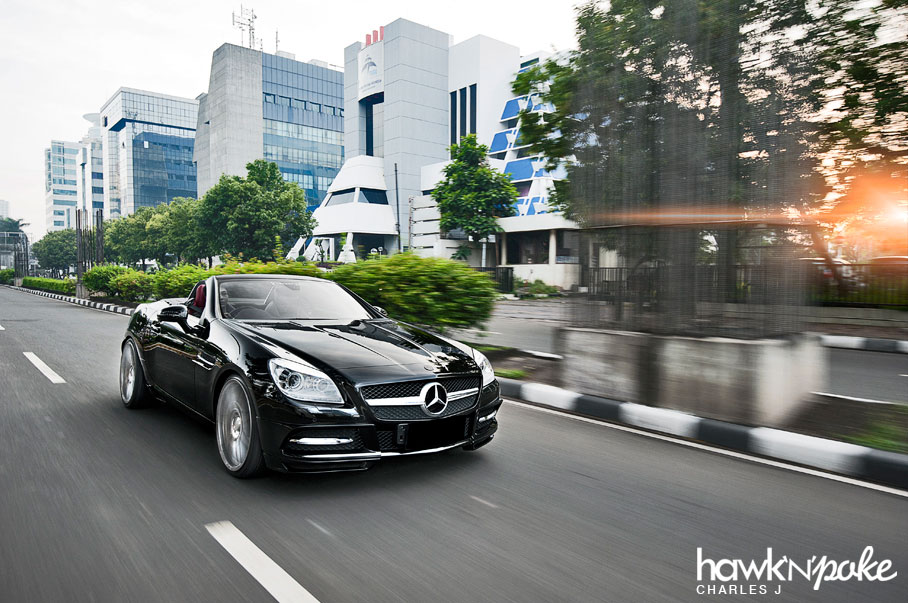 In the future, the owner is looking forward towards Brabus ECU reflash and some other minors accessories by Brabus, such as door knobs, shift knobs, and many more.
He really is addicted into becoming a Brabus single tuner! 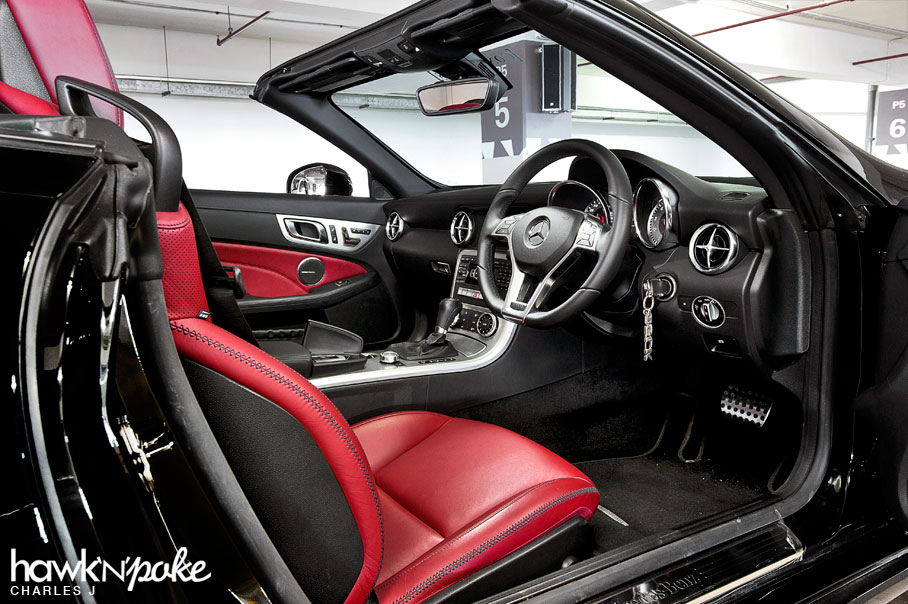 Aside from the car. We did the photo shoot early in the morning and had to move here and there because of the securities’ annoyance around the places we’re about to do the photoshoot. Even stranded places around under-construction buildings were restricted. Therefore we moved to several locations only to find that it took twice the time we usually needed to complete a car photo shoot. However, I think the results are well worth it! Credits to Evan and the owner who had patiently waited/assisted during the shoot! Actually we even went to the Management to ask for an approval for the photo shoot, yet it was still rejected! 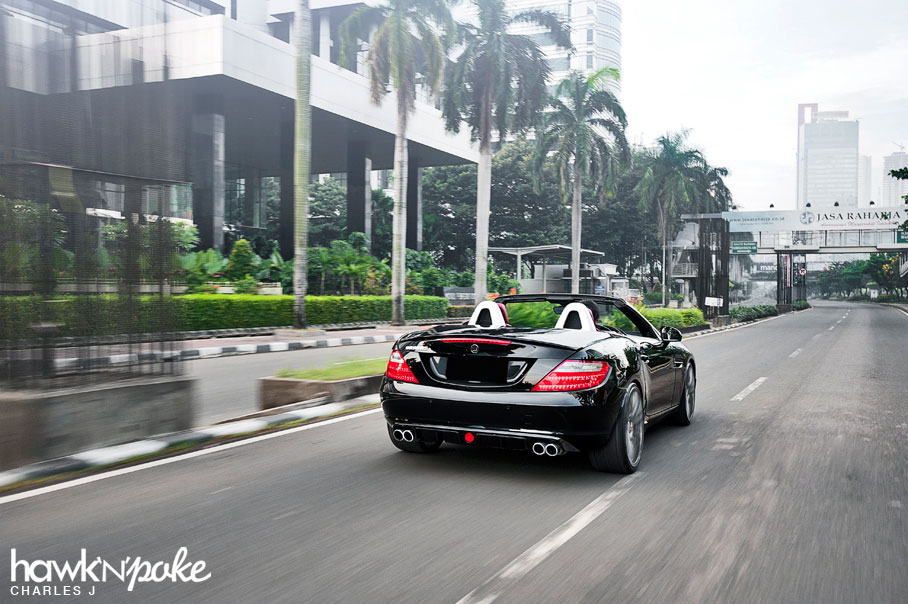 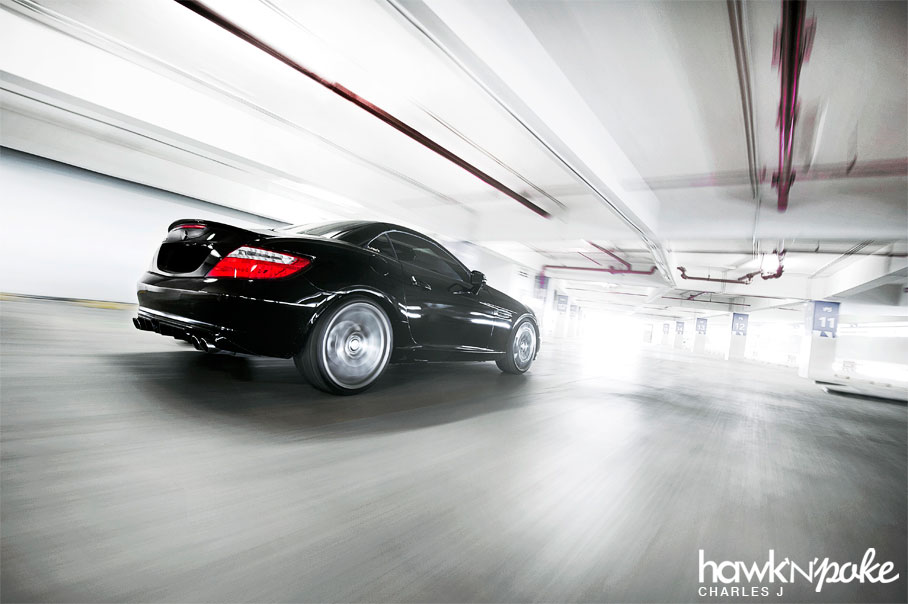 To conclude, though its been quite a troublesome photoshoot for the day, I enjoyed every moment shooting the SLK! It was exciting and fun. 🙂

Modifications were done by Concept Motorsport →