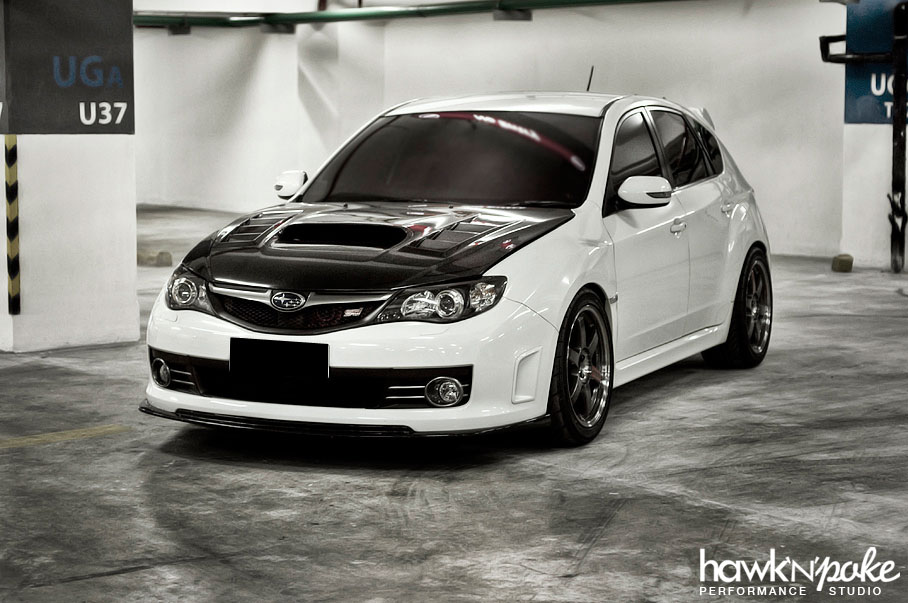 The worldwide demand for high performance cars has existed ever since the beginning of the automobiles. People have been dreaming for better and faster cars with every new generations introduced. But it was only in the recent decades that manufacturers have really started listening in to those demands closely. They started to introduce their own versions of ‘modified’ production cars. On top of that, the modification they do doesn’t simply occur in a one-stage form, sometimes the mods are even segmented into a couple of different stages! VW has the GTI and then the R; Mercedes has the AMG and the Black Series; Audi has the S and the RS; you name it.
What we have today is the highest factory production stage for a Subaru. It’s the STi. It’s a step above the WRX. A completely different animal compared to the base model Impreza. It’s the most advanced of it all. Yet, here it is today in the hands of Rocky, owner of Cockpit Autowork, to be modified further and turned into a beast that will rule them all. 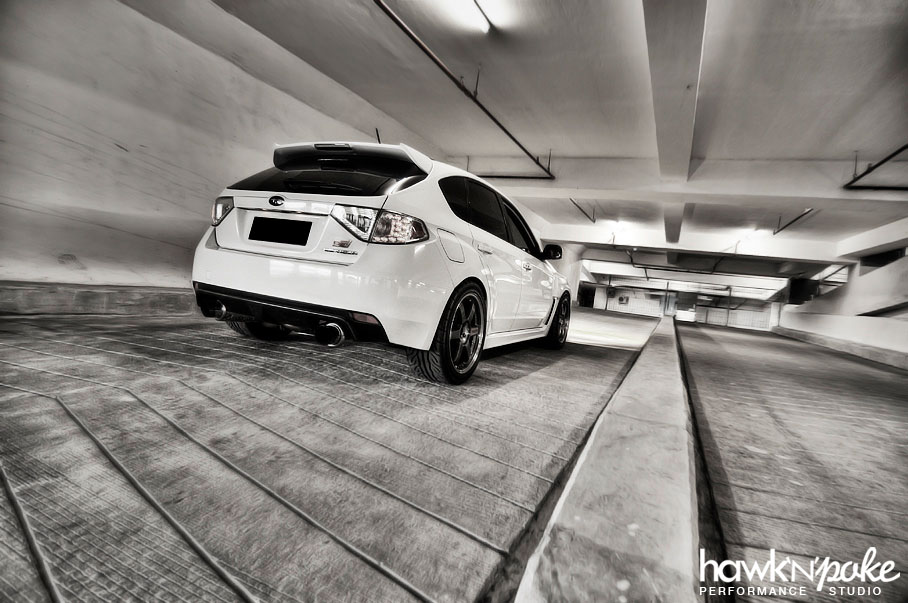 A Subaru isn’t a common sighting in Indonesia, let alone a modified JDM spec STi like this one. It takes a true enthusiast to admire such a car. Let’s be honest here, your geek friend might have mistaken the look of a Subaru for a Kia/Hyundai, and your girlfriend might haven’t even heard of the term Impreza, or perhaps even Subaru. But to all of us gear heads, the STi is a piece of heritage. A showcase of modern marveloulogy. Yes I just made that word up. The STi division itself was initially made by Subaru in the late 1980s solely for the purpose of coordinating their involvement in the FIA World Rally Championship. It wasn’t until several years later that they started to make these STi beasts available to the public. 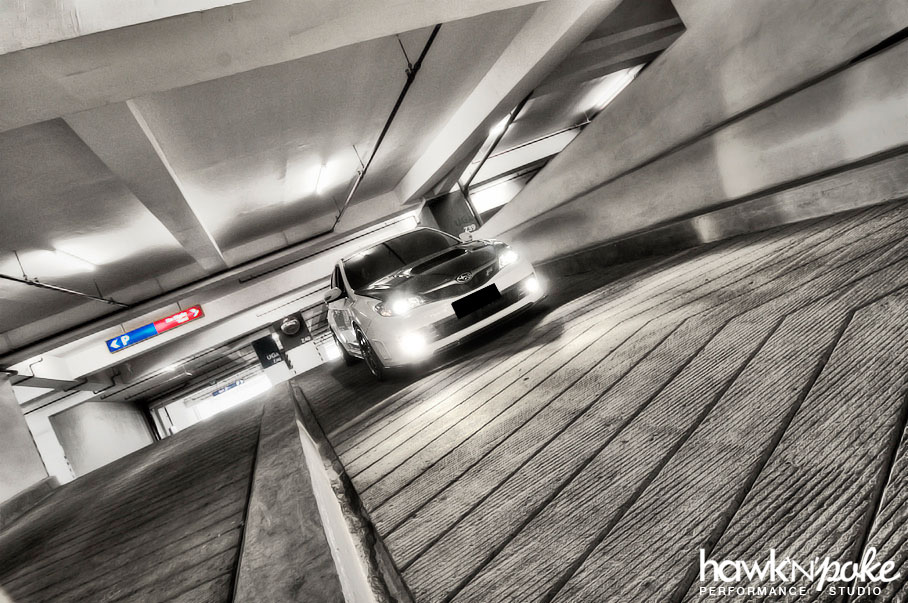 Enough of the STi lessons and back to Rocky’s ride. This white STi we’re looking at currently runs at 380HP. For a hatchback, that’s quite a lot already, you might say. But there are still huge potentials to be obtained, given that the car’s already been equipped with an AWD transmission from the production line. That’s why, the final HP figure that Rocky’s been aiming for is the 500HP mark. 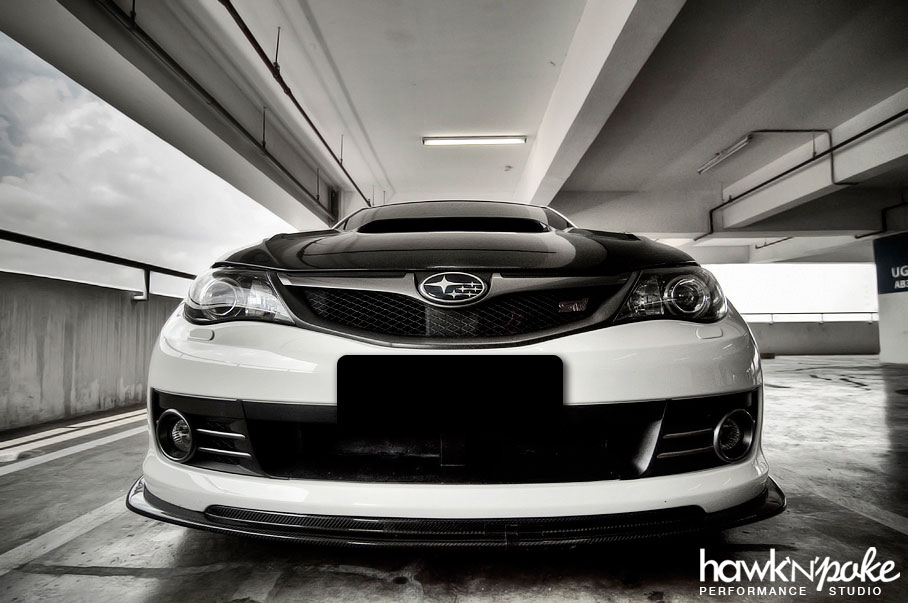 The car itself was built within only a week, with modifications that can still be considered as light bolt-on modifications. The larger pile of modifications are due to be done soon in these upcoming weeks. Parts have been ordered and Rocky’s simply waiting for them to arrive. 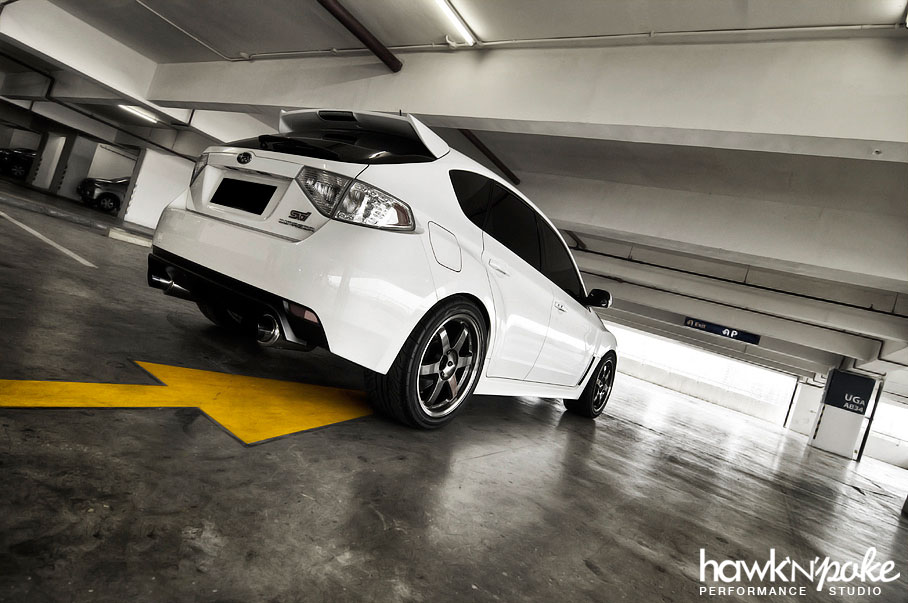 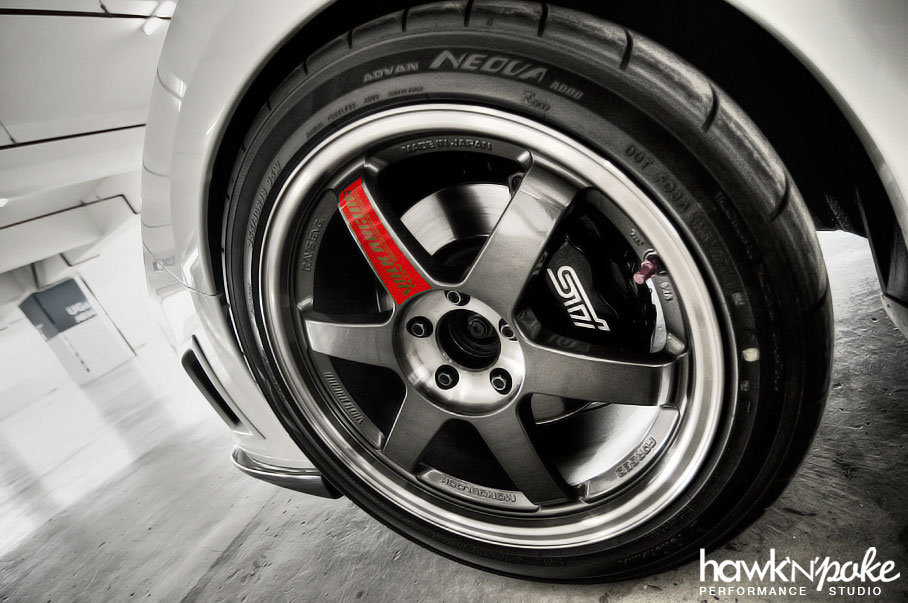 Thanks to Angga from Performance Studio for the pictures. We’ll keep you updated for the upcoming 500HP beast from Rocky!