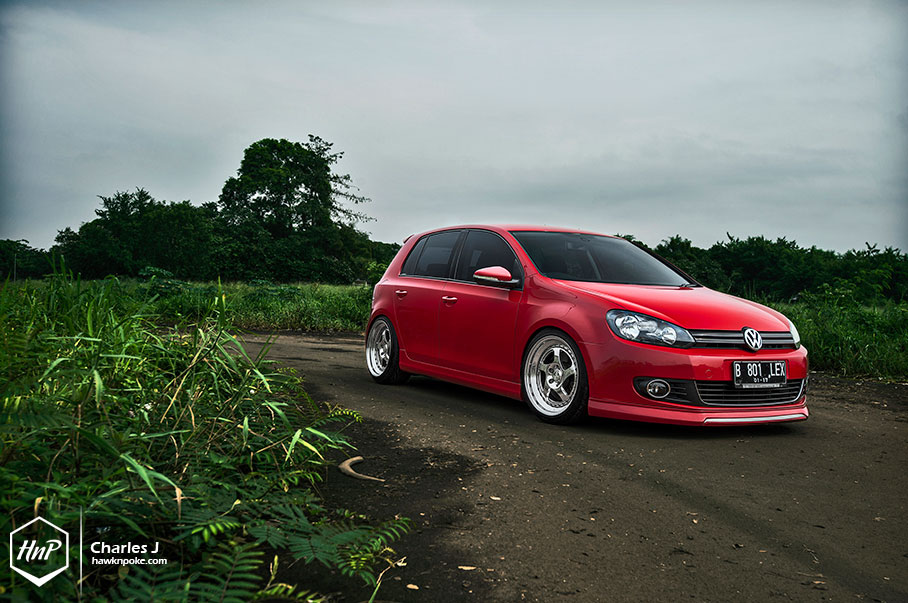 The aggressive fitment scene has spread across the world like a wildfire. Started from the idea of having widest wheels and lowered race cars to be used on the track, the aggressive fitment scene (some people refer to as ‘stance’) has been bringing the same approach to the streets, albeit with a lot more poke-and-camber. More style, less track-oriented. Recently the same trend has also been spreading wildly Indonesia and we are seeing more and more cars (even higher end ones) being given the same treatment. Today I have yet another example of a nicely executed fitment-oriented build: Alex Supremo’s Golf on CCW wheels. 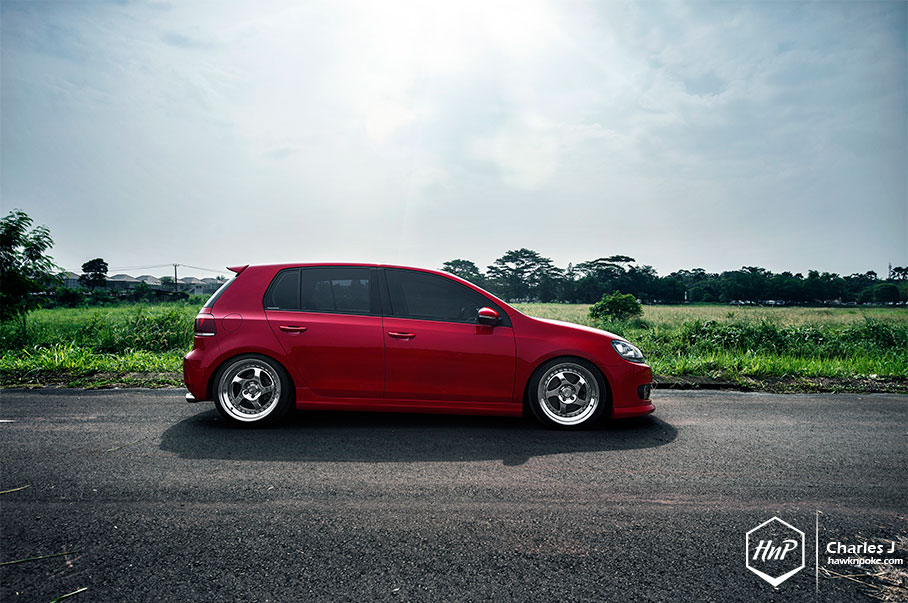 When Alex first received his red TSI, he has never planned in taking it into the aggressive fitment scene. His initial upgrades on the car were Rieger add-on bodykits and a set of Vorsteiner wheels. Moderate suspension lowering, just-enough to complete the sporty look he was after. Complimented with the air intake installation, it was the perfect setup for him to daily drive the functional turbocharged hatchback. But such a setup has now been a thing of the past. 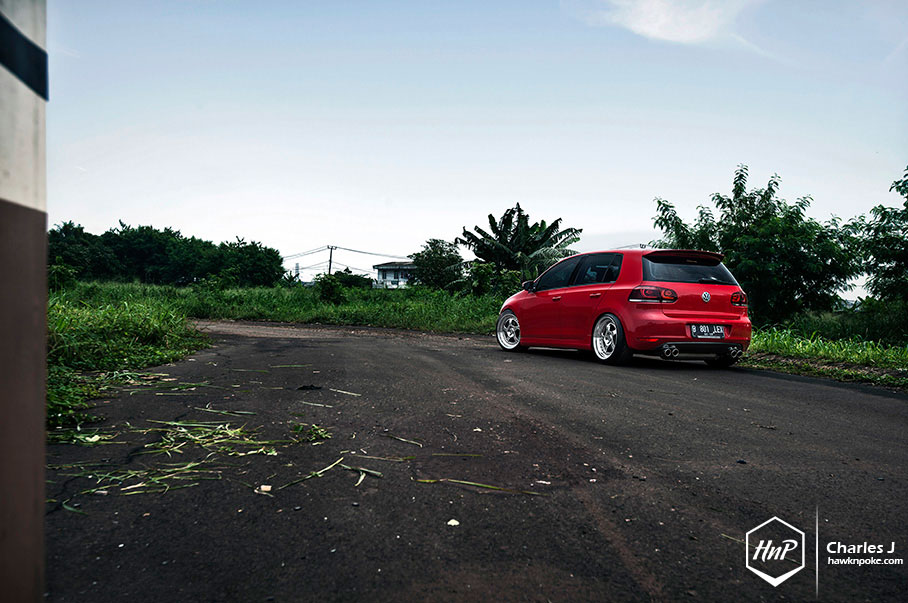 Thanks to his involvements in the aftermarket wheels retail scene (he owns Supremo Wheels Store at Jl Arteri), Alex got more deeply involved into the now-popular ‘stance’ cultures. The seductive looks of wide lips, stretched tires, and aggressive lowerings have lured Alex into doing the same to his TSI. The result is none other than today’s gorgeous photo shoot subject. Red TSI on stunning CCW forged wheels. 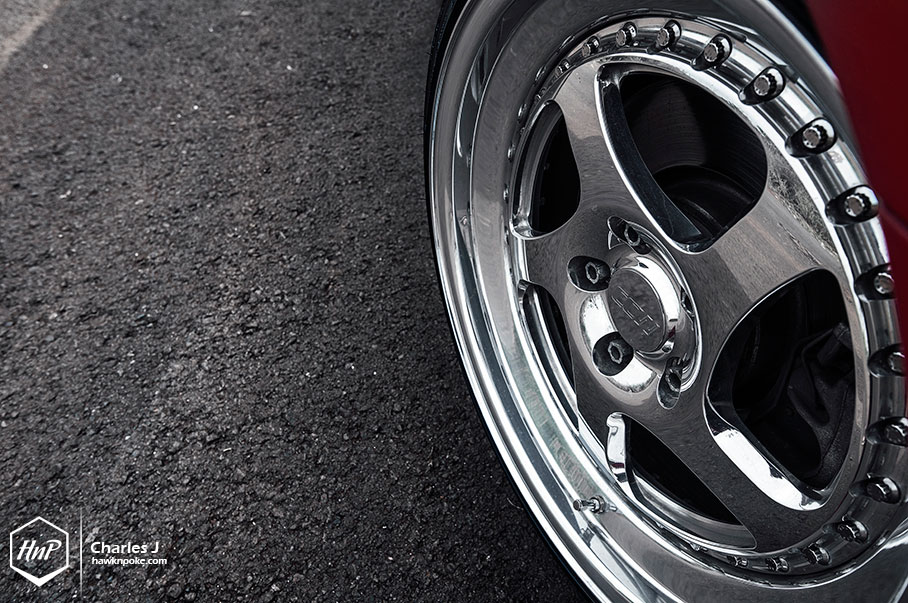 The tipping point. Out there in the US and other countries, plenty of VW’s and Golf’s have been built in this aggressive fitment style. But it wasn’t until this past couple of years that we’re seeing more and more VW’s being treated same way. I believe this trend will spread even further within the Indonesian VW community in these upcoming years. Afterall, we’ve even been seeing couple of air suspension GTI builds from Bandung and Surabaya. I’m pretty sure a lot more enthusiasts will be lured into doing the same. 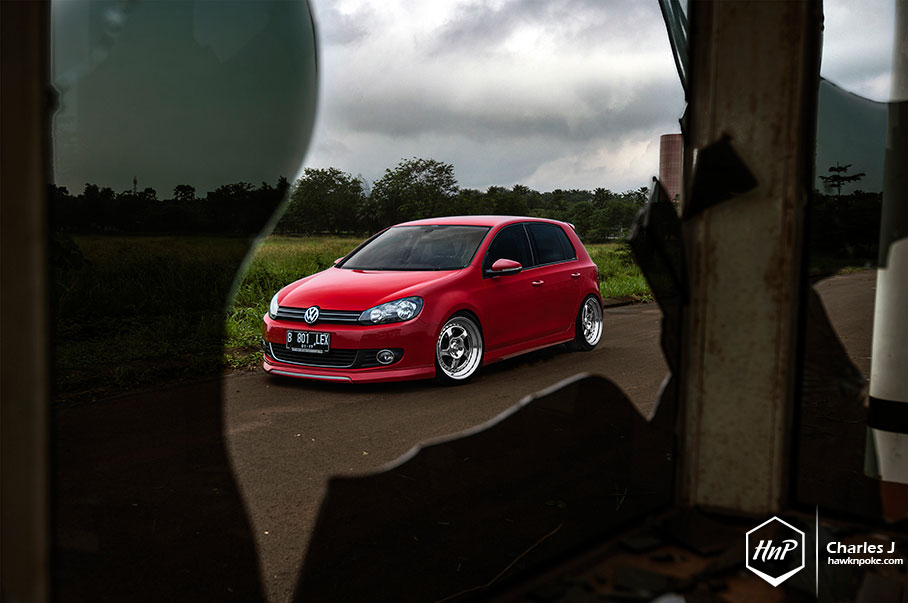 What’s next? Found among Alex’s wishlist are an air suspension setup and a fresh set of wheels (VIP Modular or Rotiform). Well, owning a wheels store himself, I could only imagine the temptations he faces everyday to own the newest models out there. 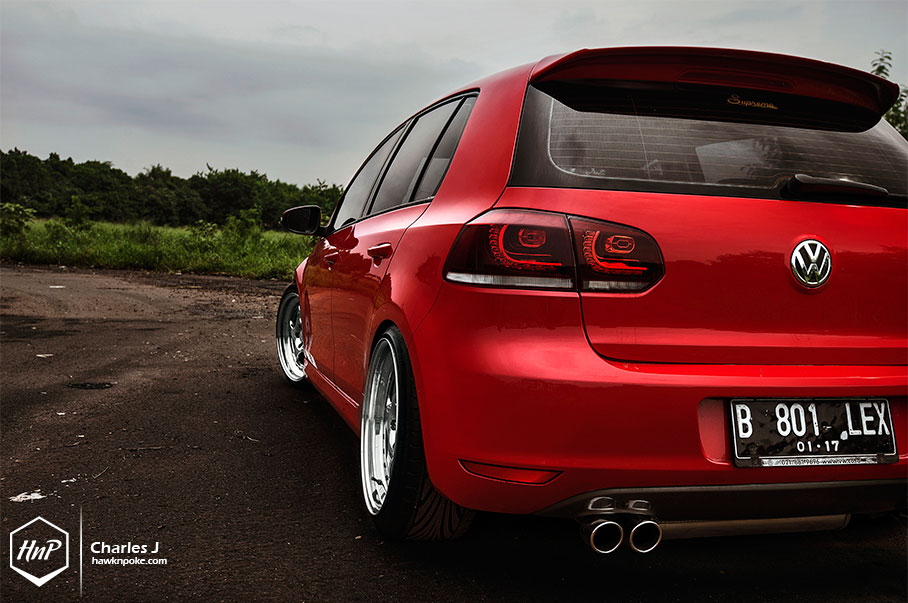 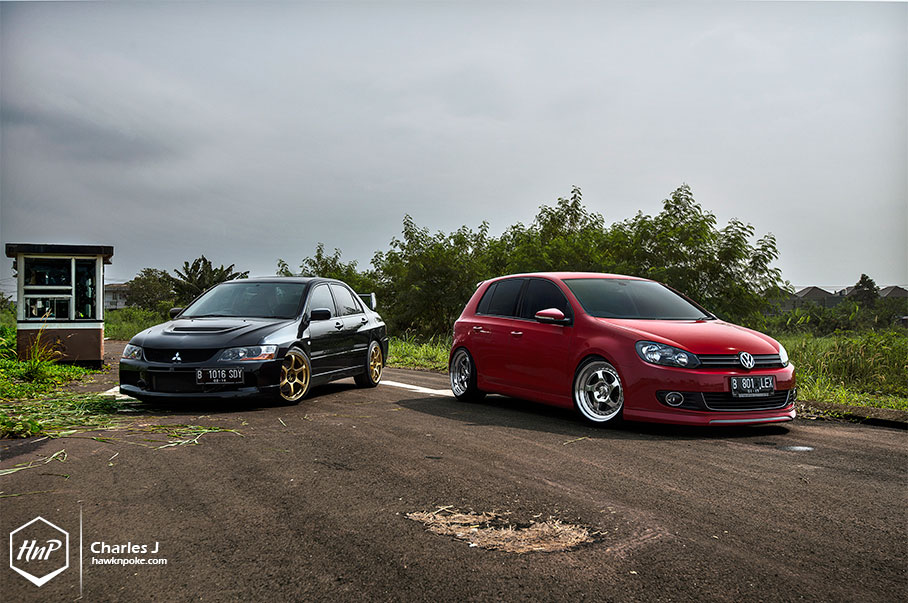 Rule the Streets // Sebastian’s Evo VIII on Volk Racing
A Month Later at Society by HnP
© Hawk'n'Poke. All rights reserved.