“Design must be functional, and functionality must be translated into visual aesthetics without any reliance on gimmicks that have to be explained,” said Ferdinand A. Porsche, the designer of the first 911.
His statement, in essence, is the 911 principle – a proof to the company’s strong roots to all things functional. All about performance and how aesthetic designs are built around it, without the need for gimmicky explanations. True, raw power, with no drama. This is also why every single 911 evolution step out there still relied on the same design cues, yet the entire technologies underneath the skin has been revolutionary improved with each generation forward. 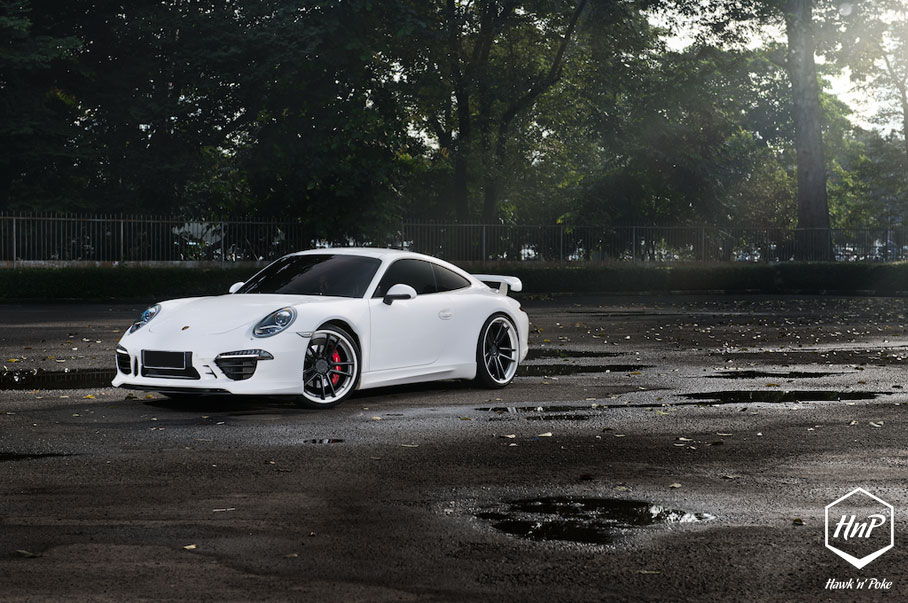 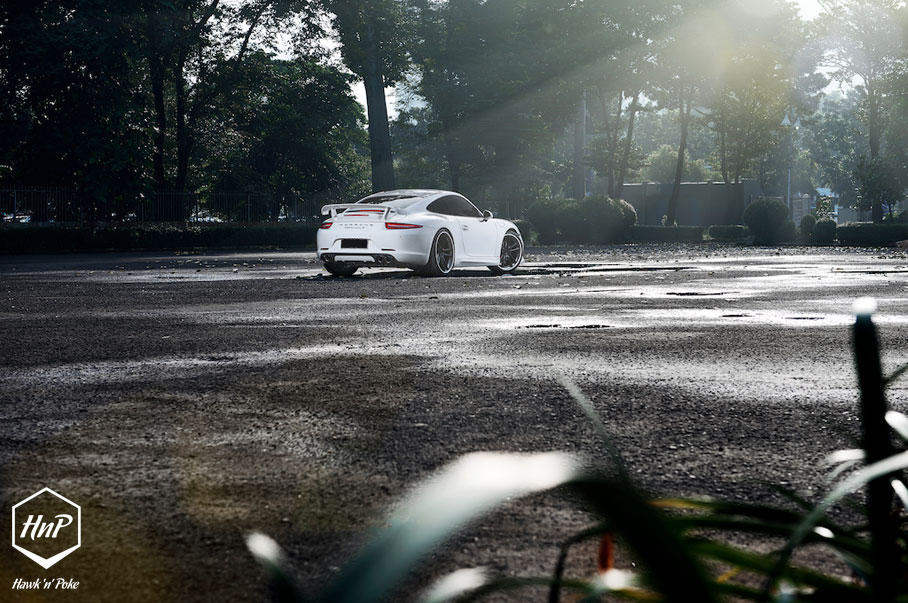 I have personally been more involved into Porsche’s lately, been shooting a few 911’s, and has also joined the Porsche Owners Club Indonesia community in their Bali event. What I’ve learned from these frequent encounters is that not only the ‘Porsche’ brand itself is so prestigious and respected in Indonesia, but the cars they built are also undoubtedly timeless and of world-class performance. Even the Porsche logo itself is so strong that it remained an icon with its “Stuttgart” letterings to this date. 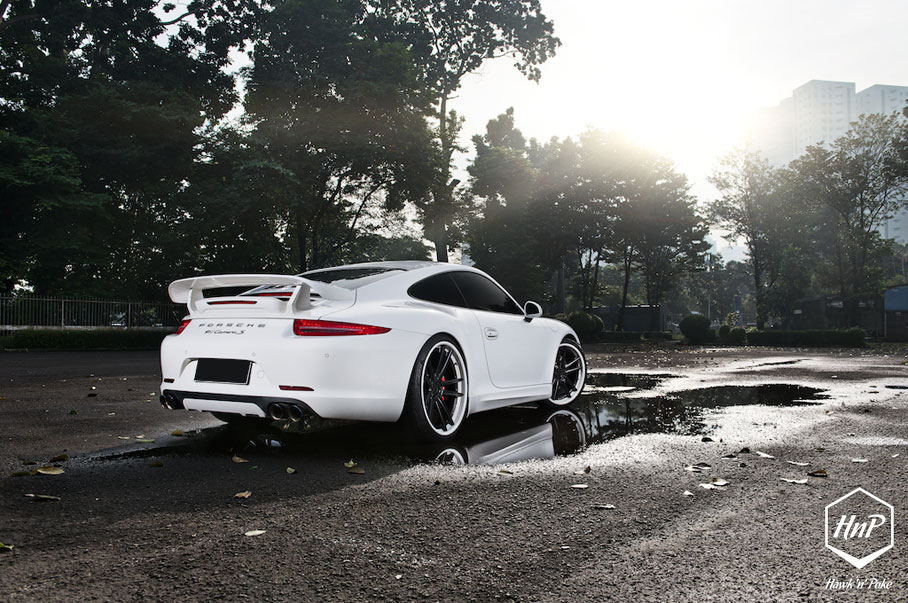 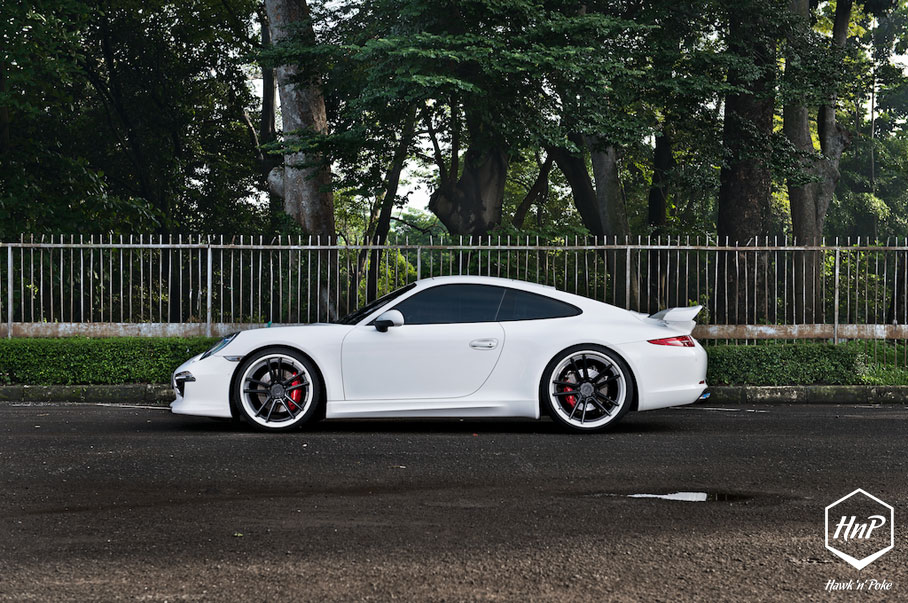 Today’s article revolve around this stunning 911 S equipped with a set of gorgeously color matched ADV.1 wheels. A very similar look as the yellow 911 we featured some time ago (link), but instead of yellow, this time it’s white. Very sporty and appealing. Despite the wheels being aftermarket and designed by ADV.1, I still see a lot of similarities between the two designs’ languages. Both being sleek and contoured around clean lines and depths. 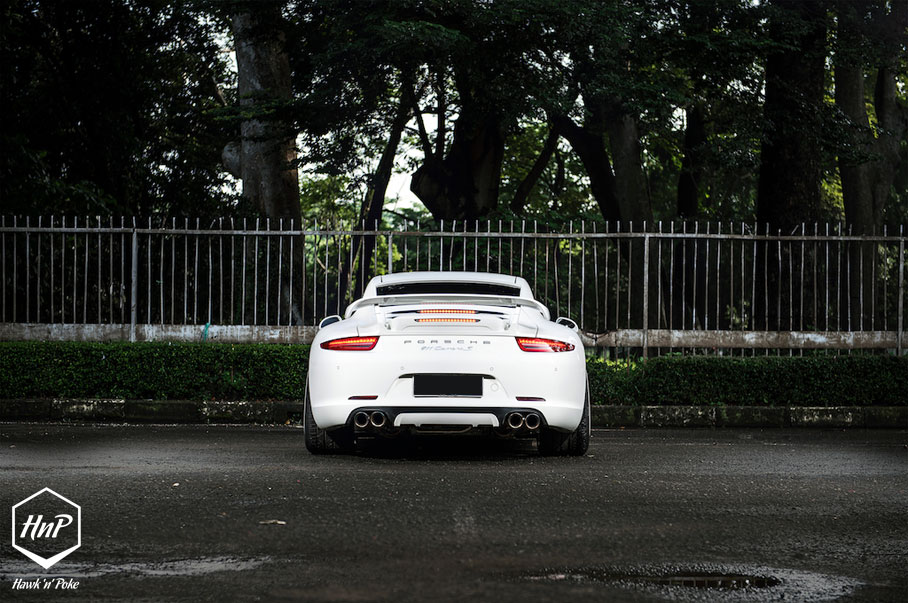 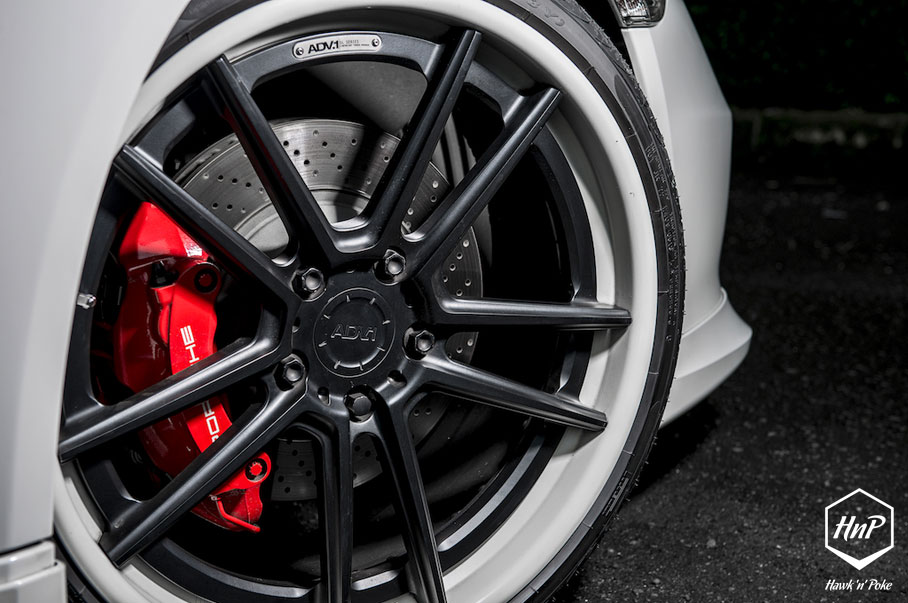 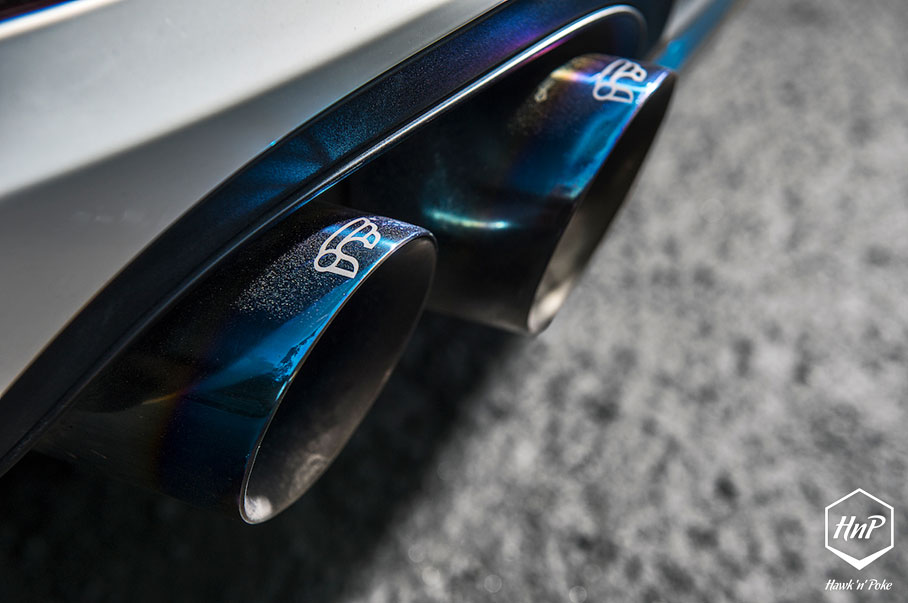 The recently trending innotech/IPE valvetronic exhaust has also been installed onto the 991S, with titanium tips. Such a setup has delivered a much louder and more glorious notes over the conservative stock setup, taking driving experiences to whole new level thanks to the enhanced Boxer noises. 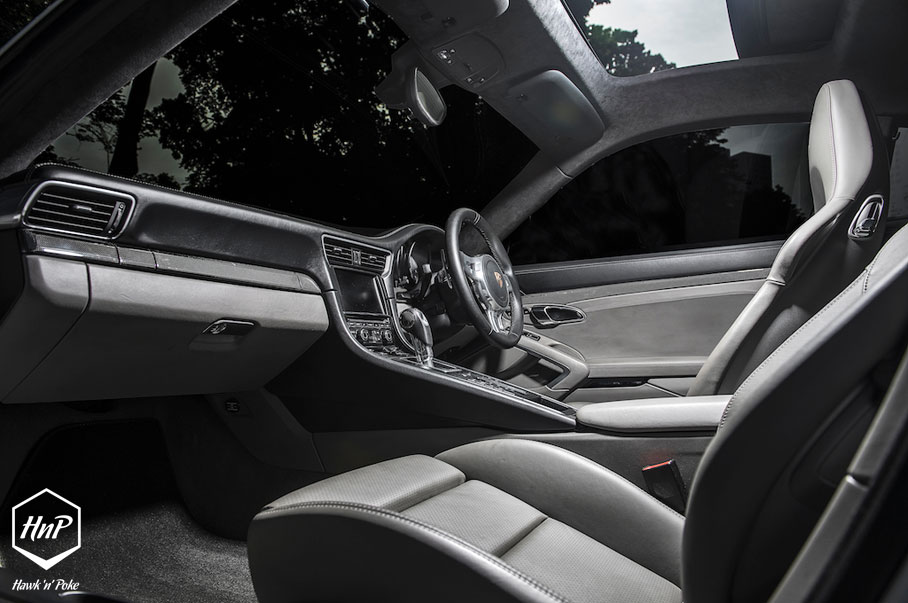 When it comes to the interior, the owner chose to combine carbon fibre panels with seductively comfortable grey shades of leather. Simple and sporty. Such colour combo continued to the exterior with the owner’s monochrome choice of staggered black on white lips 21″ front and 22″ rear ADV.1 5.2 wheels. 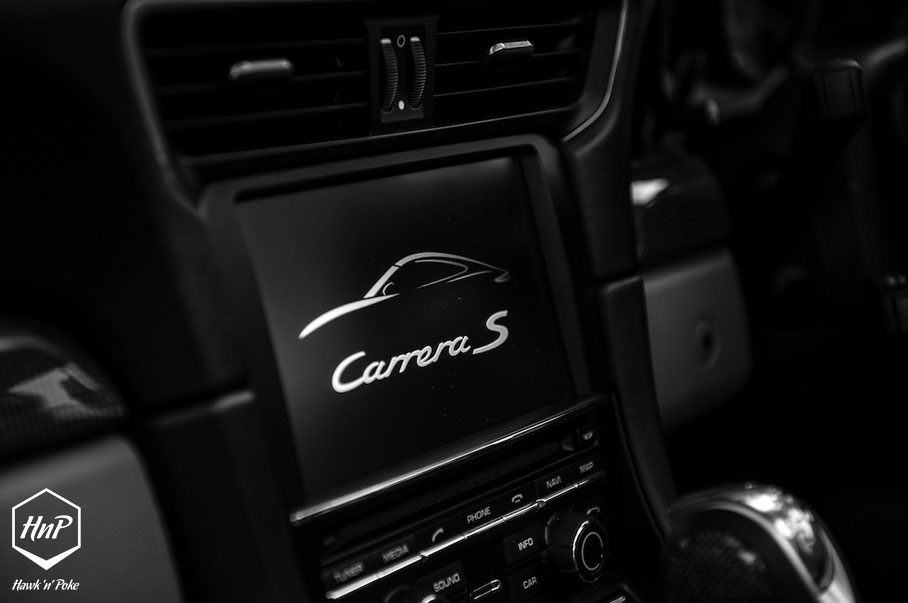 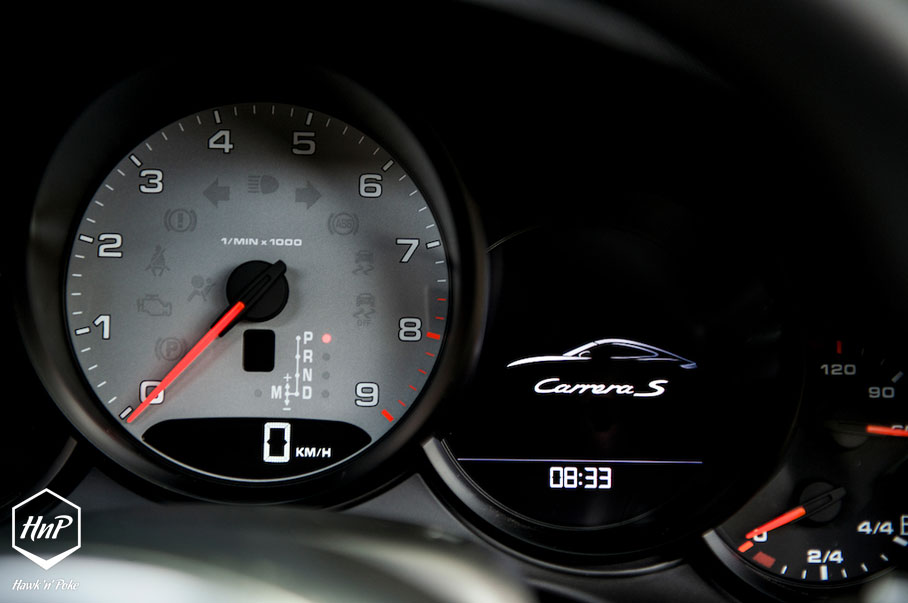 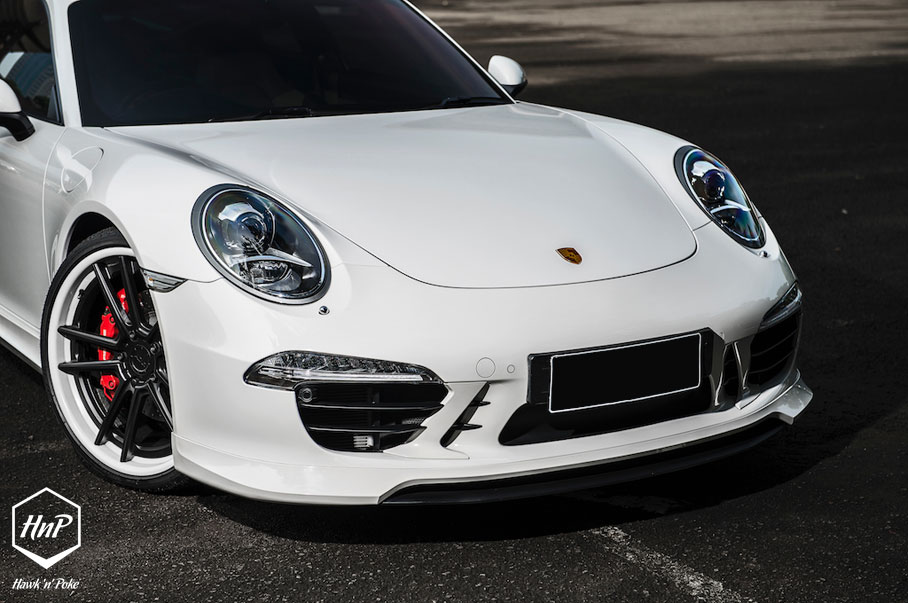 Unlike some outrageous ///M builds inside MOCI community, whose members mostly install supercharger upgrades, or ECU tunes at least, I’ve observed Porsche owners to be more conservative towards performance mods. From what I’m seeing, most Porsche owners would usually rely on the safe and tried wheels, aerokit, suspension and exhaust combo. A combination seen often, yet so perfectly executed each and every time. When it comes to Porsche performance upgrades, I believe most owners would rather trade their models for the Turbo or GT version of the 911. 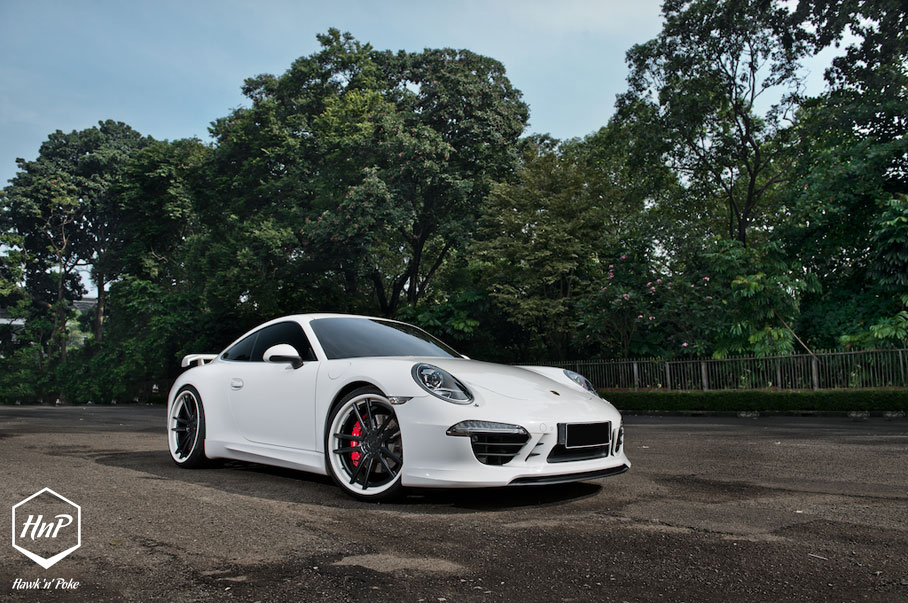 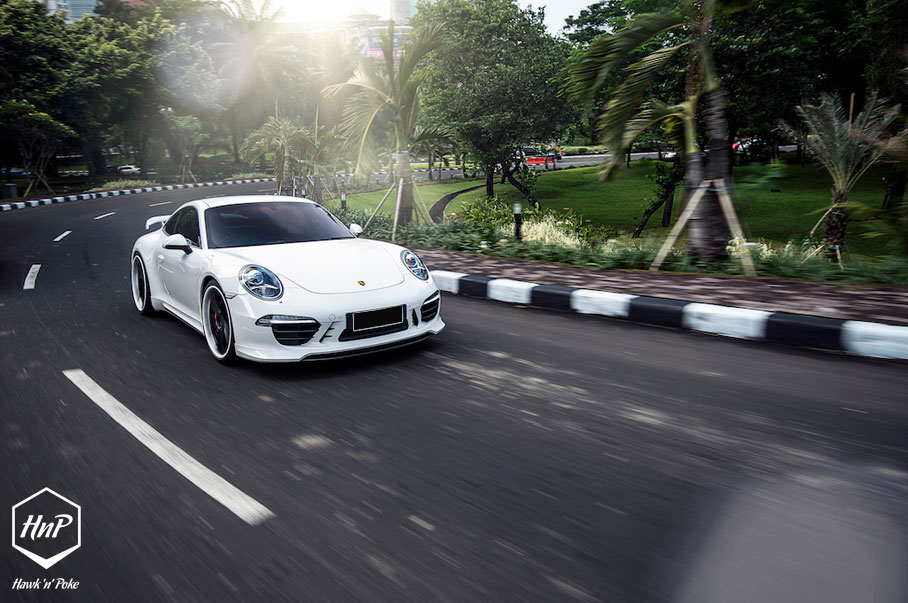 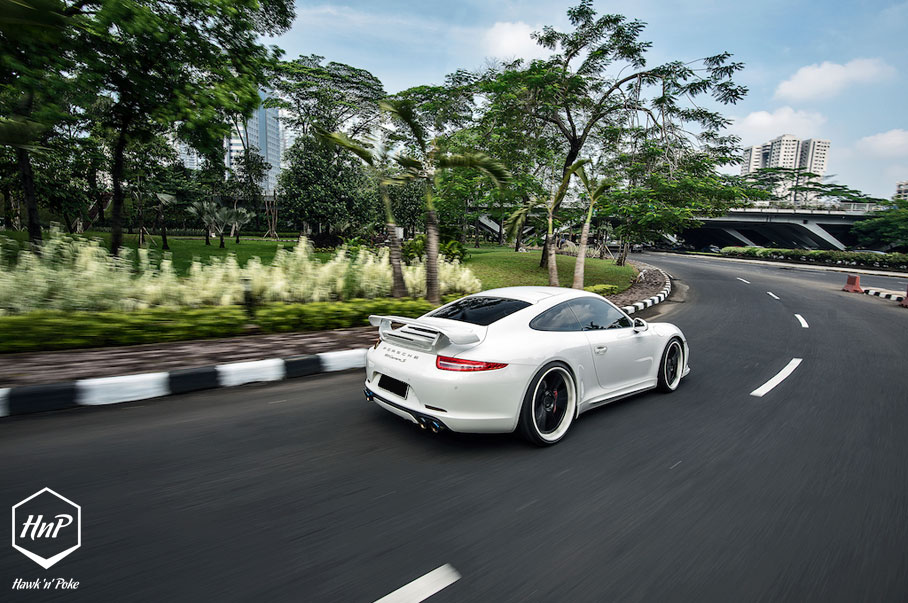