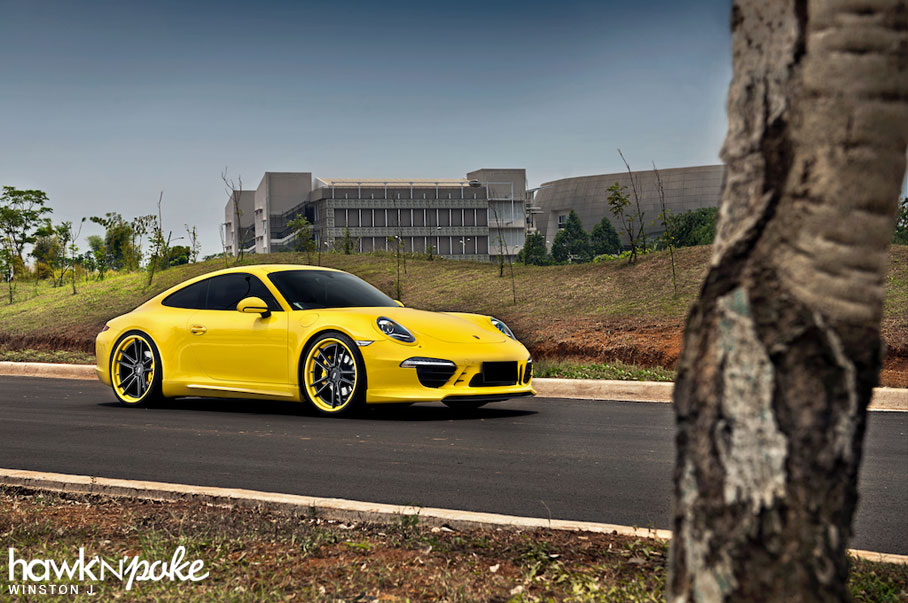 The Porsche 911 has always been one of the most praised automotive icon in the industry. When it was first launched in 1964, it instantly became the ‘cool’ sports car that everybody desired. It might not be as quick as the Ferrari, nor as lunatic as the Lamborghini, but its combination of husky performance and peculiar design has managed to win the hearts of many. Throughout the next decades it even started winning races and luring even more loyalists towards the brand. Despite being mocked by some as being no more than a Beetle with a Porsche badge, due to its engine being located at the wrong side of the chasis, the old 911’s unique mix of intimidating handling and affluent design has managed to differentiate it from the rest of the pack. However, in this 2012 evolution of the model, quite a lot has been changed. With bigger body, easier handling, better fuel efficiency and more electronic functions than your average smartphone, some entusiasts argued that the true 911 has died a long time ago. 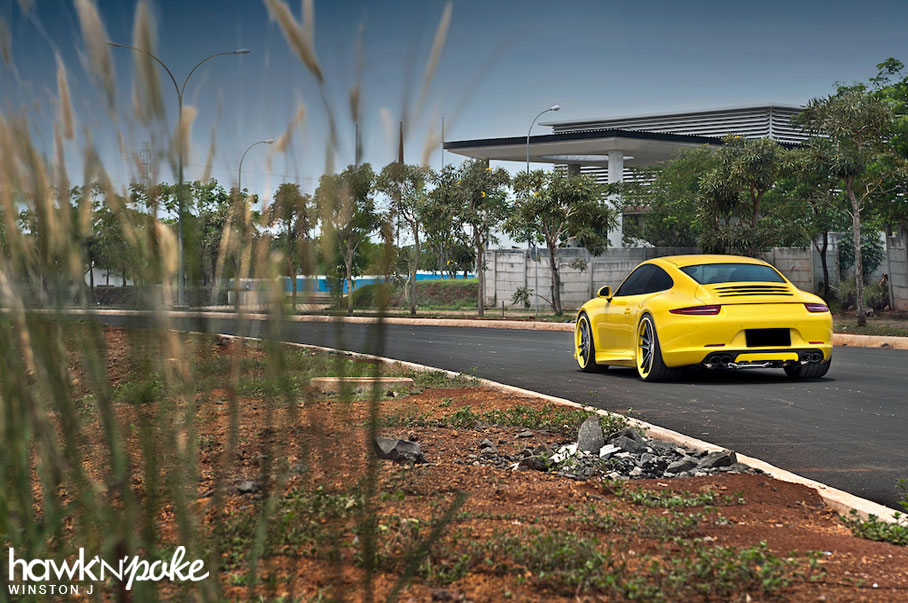 The design reiterations of the 911 models could always be described as being evolutionary rather than revolutionary. Porsche has always maintained its design proportions and curves to go in line with the previous models. I still remember Jeremy Clarkson jokingly argued on Top Gear, saying that those 911 designers must’ve been one of the laziest and overpaid designers in the car industry, because their new models always look the same. However, despite the similar body designs, actually quite a lot has changed underneath the shells. These latest models have become a friendlier sports cars compared to the exciting, thrilling machines the 911 used to be. In this latest 2012 model, for example, Porsche has even introduced a “Sound Symposer” system that pushes intake air into some sort of a membrane to ‘artificially’ enhance the sound of the engine. Other modernification examples also include the electronically assisted steering that makes the car much easier and better to handle, and the fuel saving systems that drop the engine to idle during decelerations. Overall, it seems that the 911 has turned into more of an expression of engineering marvels, rather than the eccentric icon it used to be. Some say that the only things left that differentiate the 911 from the other sports cars are its bug eyed design and wrong engine location. This is exactly why I regard the 2012 911 as an old dog with new tricks. Yes it still has its iconic design and engine, but it has also learned plenty of new tricks to keep up with the modern customers’ demands. After all, I believe these days the number of modern customers of Porsche has outnumbered the number of old school enthusiasts it has gathered. 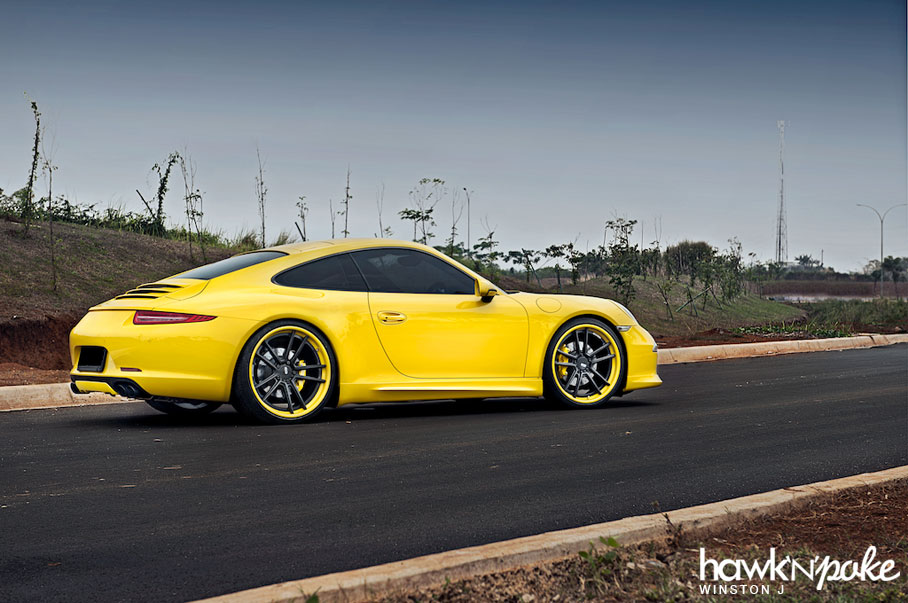 Moving on from the 911 history, today I present to you this well prepped 2012 991 911 wearing a complete set of TechArt bodykit and a set of staggered ADV.1 wheels (21″x9.5 front and 22″x12 back). This is a car that has been modified with top-notch branded parts, transforming it from being a ‘friendly sports car’ into a lifestyle icon. TechArt itself is a company that has been working closely with Porsche ever since it was founded in the year 1987, designing and testing aftermarket products that complement Porsche models’ performance and aesthetic designs. ADV.1, on the other hand, is a modern company that has transformed the wheel industry through its recent iconic design revolution. Combining these two brands together has created a Porsche 911 that is both timeless and contemporary. Not only has the old dog learned new tricks, it has also been doing it with plenty of style. 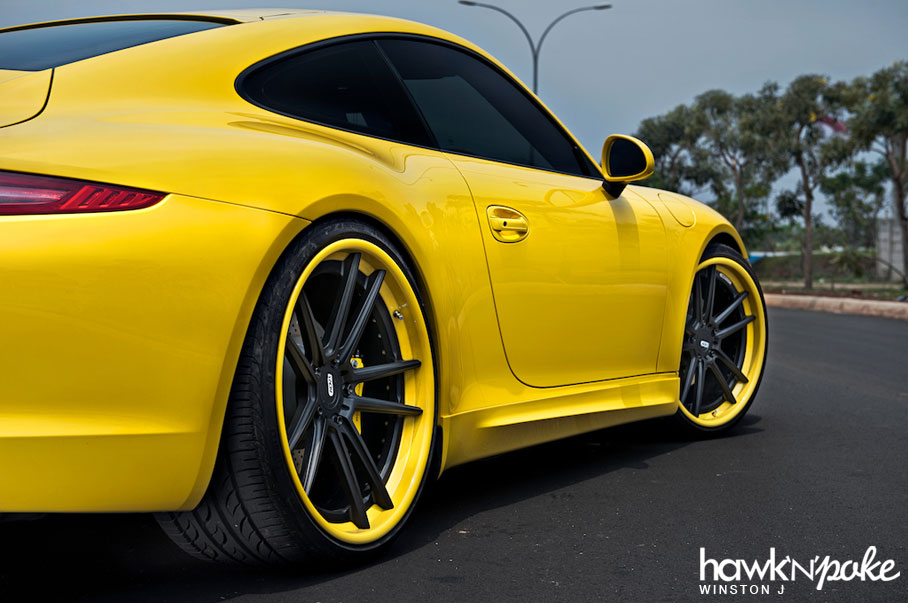 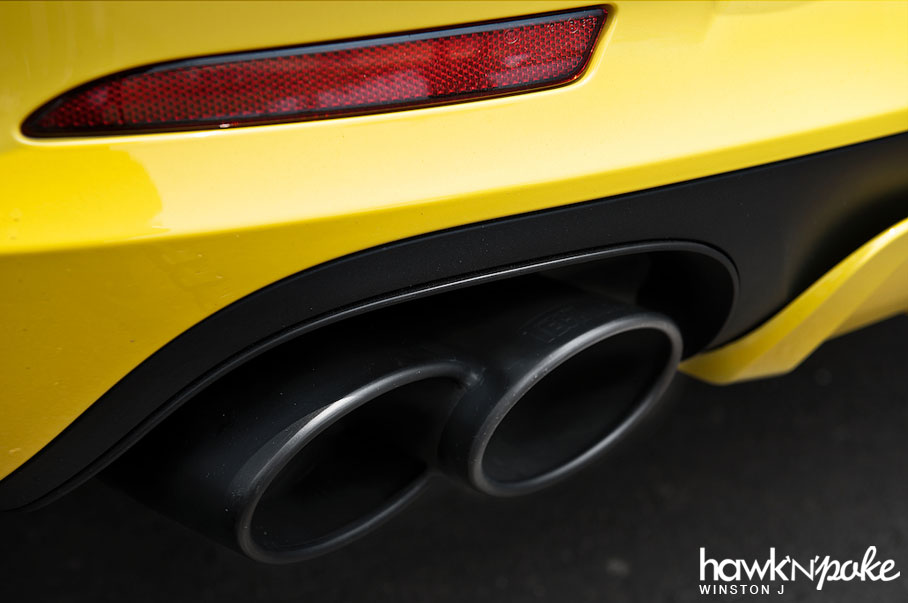 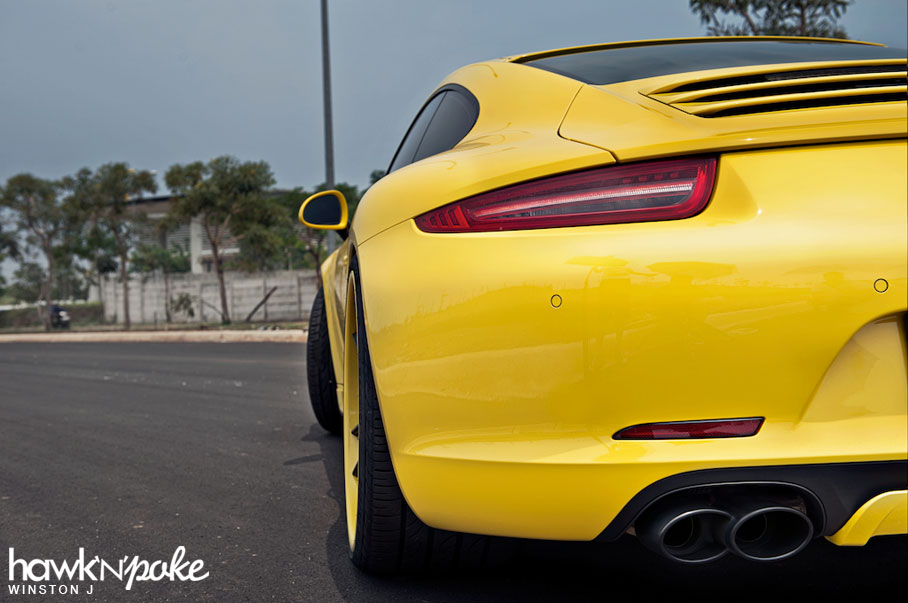 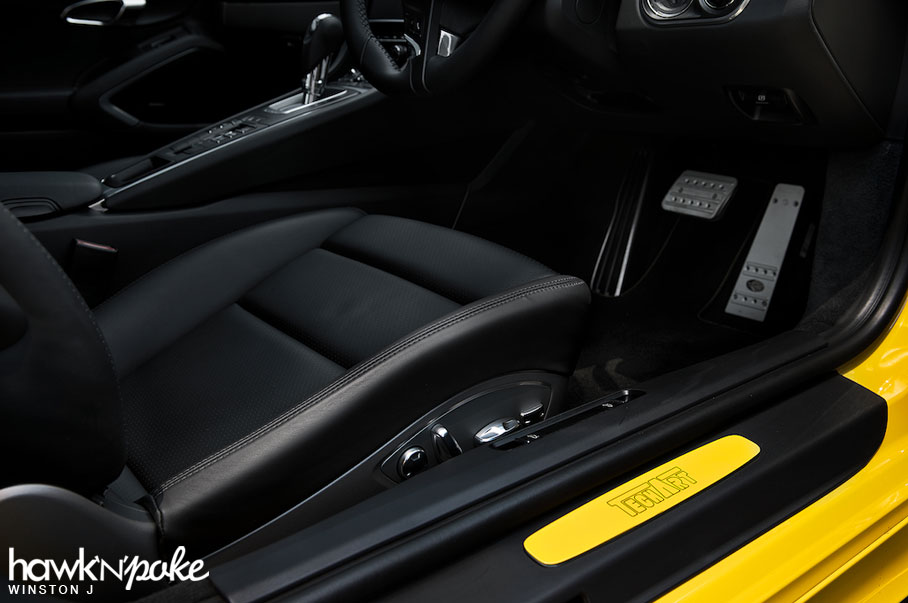 Before I forget to tell you, yes, as usual, our featured cars are Indonesian. Look at those buildings closely in the background and have a guess where the photo shoot was done. Also, do let us know what you think of the 2012 911 Porsche! Has the new 911 really lost its predecessor’s soul?

Meant to Be // Evolution X on Advan
Divergent // Ford Focus on Work
© Hawk'n'Poke. All rights reserved.