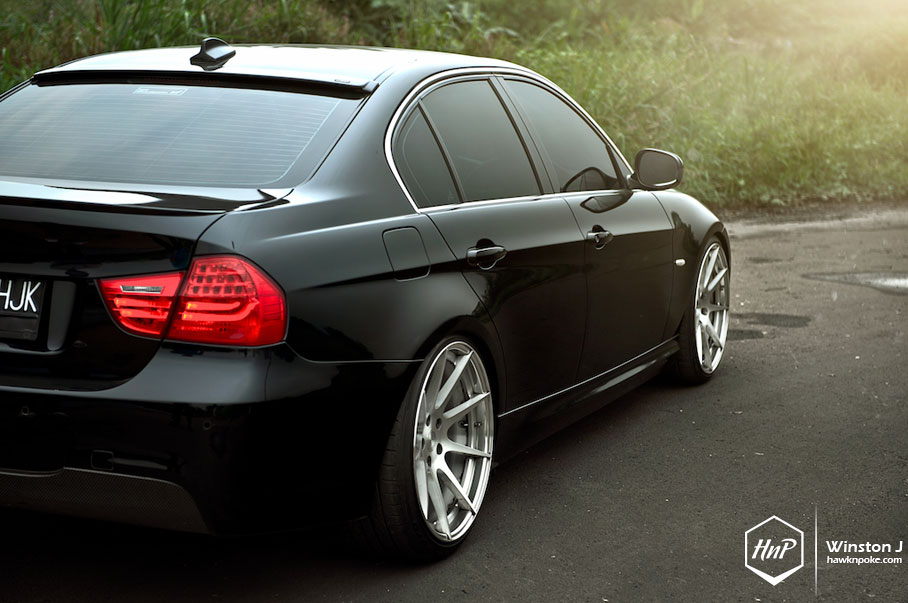 The BMW 3 Series started its life in 1975 as BMW’s response to the world’s oil crisis in 1973. The first 3 Series came only with a two-door version, dubbed the E21, with the very economical 1.6L engine. Not many of us common enthusiasts were aware of this model, because its successor is the more popular model here on our land, the E30 – the four-door. That was the birth to BMW’s compact four-door sedan, the greatgrandfather to the E90 I’m featuring today. Even at those 1970s era, the 3 Series were already competing directly with its two main rivals: Mercedes W201 190E and Audi 80 B2. A rivalry carried over even to this day. 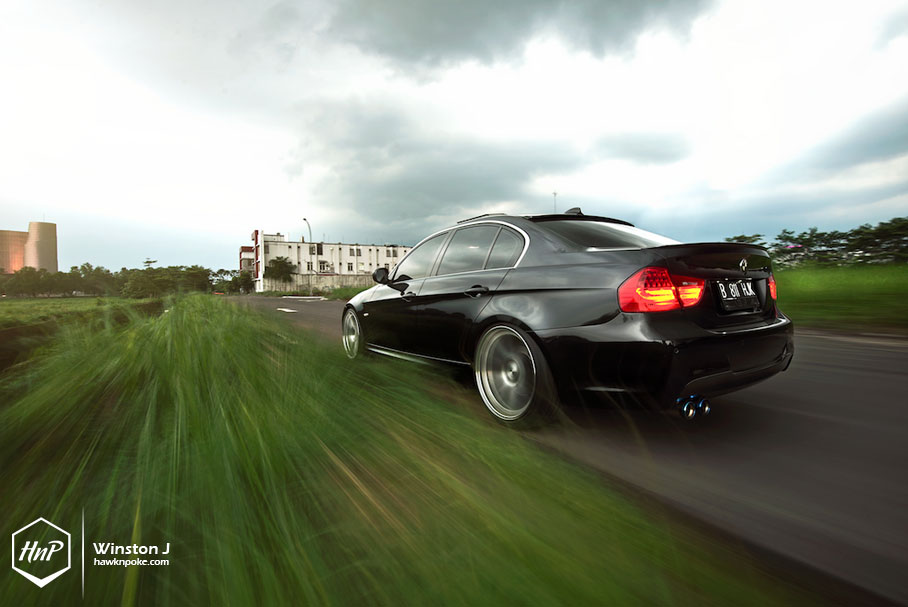 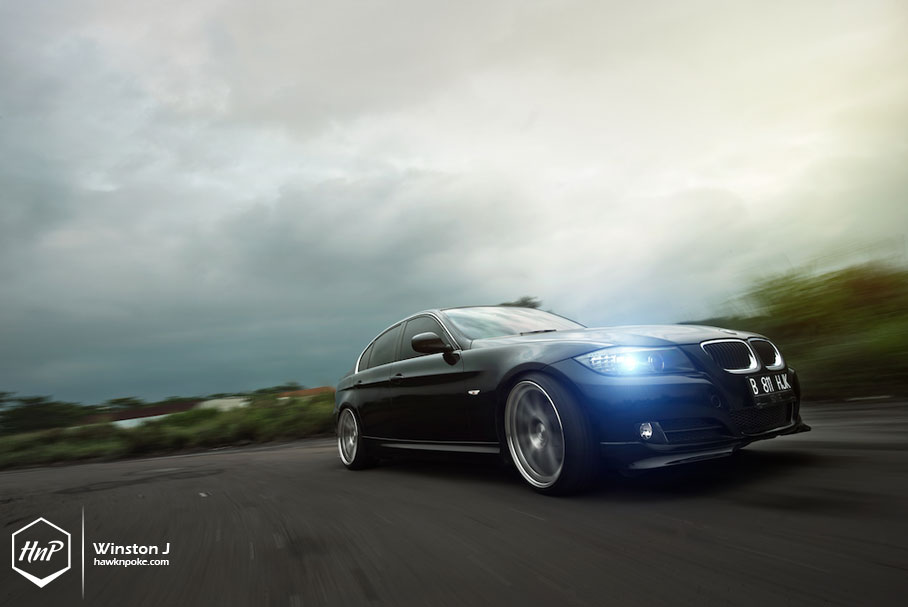 The rivalry has been a tough long competition for the 3 Series, however, BMW’s offerings are always known for their sportier characteristics than the other two. Many BMW enthusiasts were sold by the company’s well balanced chassis and rev-happy engines. 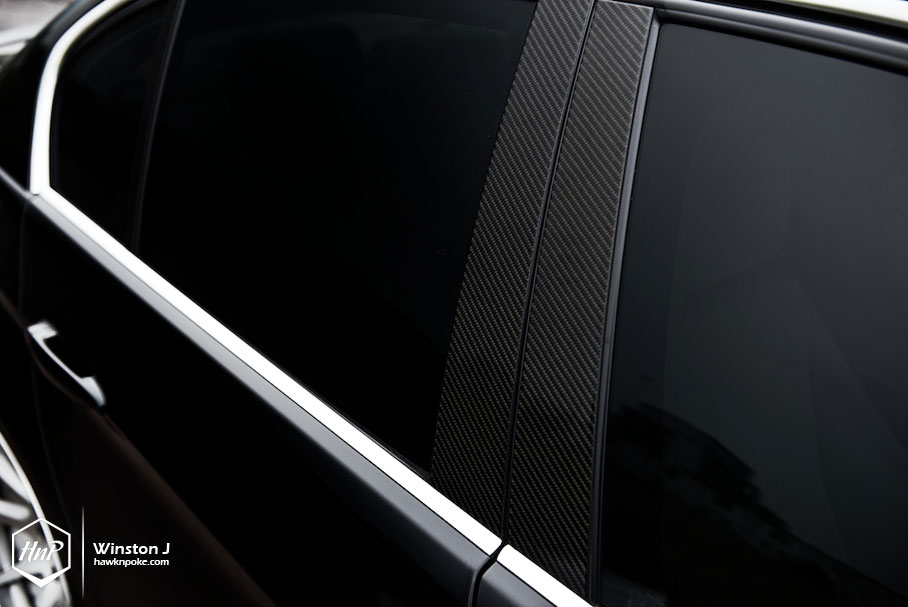 Hans the owner of this E90 was also sold on that sportiness idea, and brought it up to a whole new level. He’s turned the modern saloon into an even more stylish companion through plenty of parts he’s imported and installed himself. 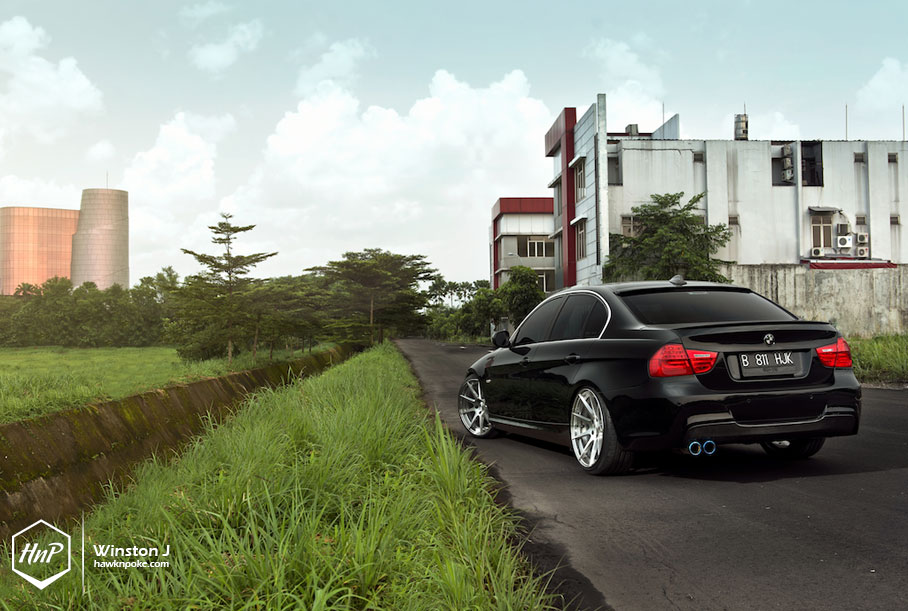 Carbon accents and burnt titanium exhaust tips. Schmiedmann interior parts to M Tech rear bumper. From the oil lid cover to the gorgeous Simota intake system, Hans has thoroughly styled his E90 so delicately that it deserves to be awarded as one of the best E90 in town. 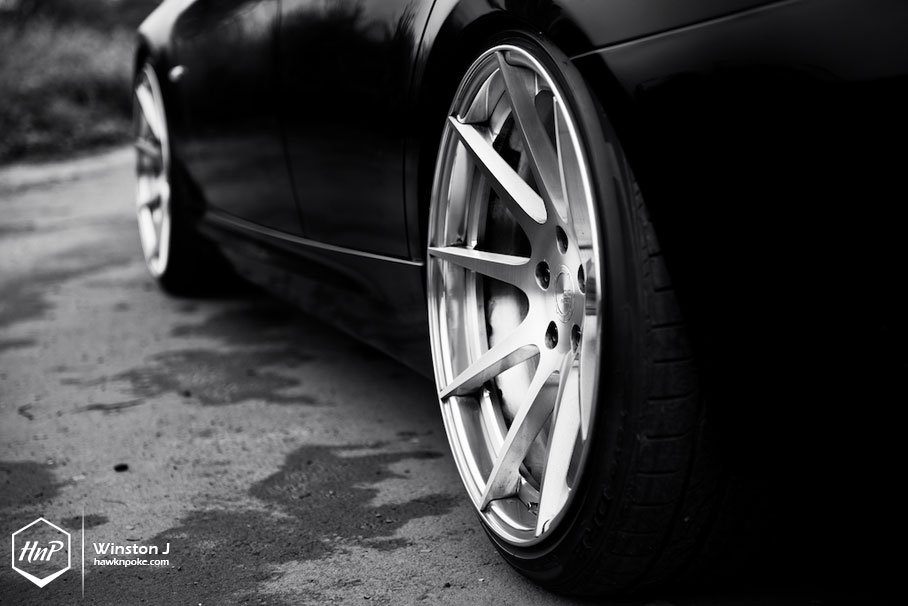 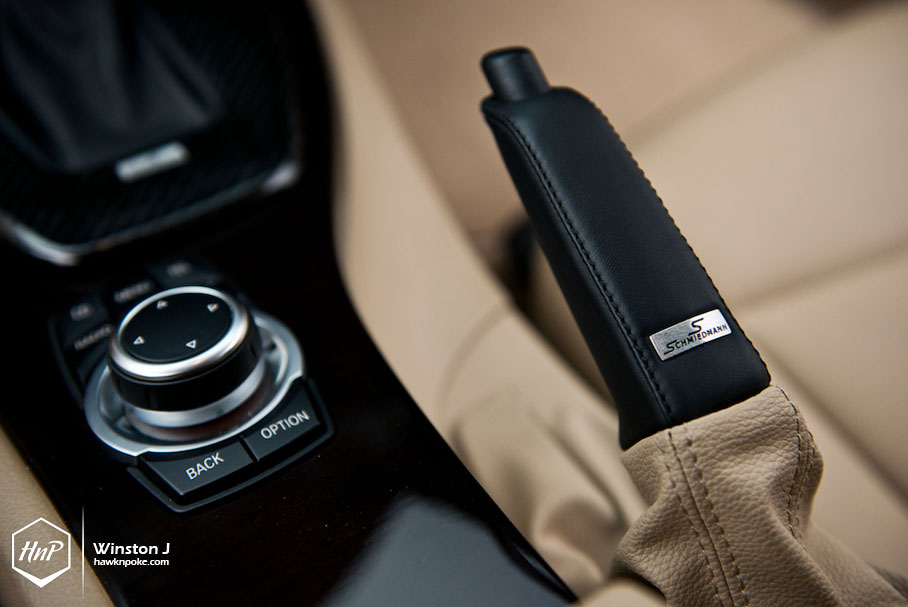 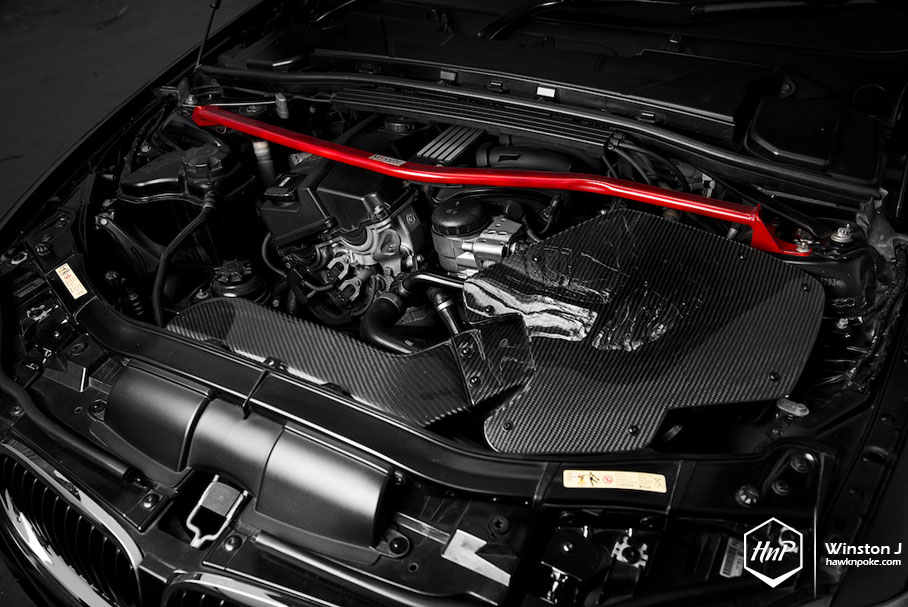 However, it’s not the “all show and no go” case over here either. Hans hasn’t forgotten to upgrade the car’s performance. He replaced the whole exhaust with custom downpipe and valvetronic exhaust system, which has been further complimented by Simota full carbon intake system ver.2 with cyclone. For chassis upgrade, he went with BC coilover and Ultra Racing front strut bar to tighten the grips of the car. 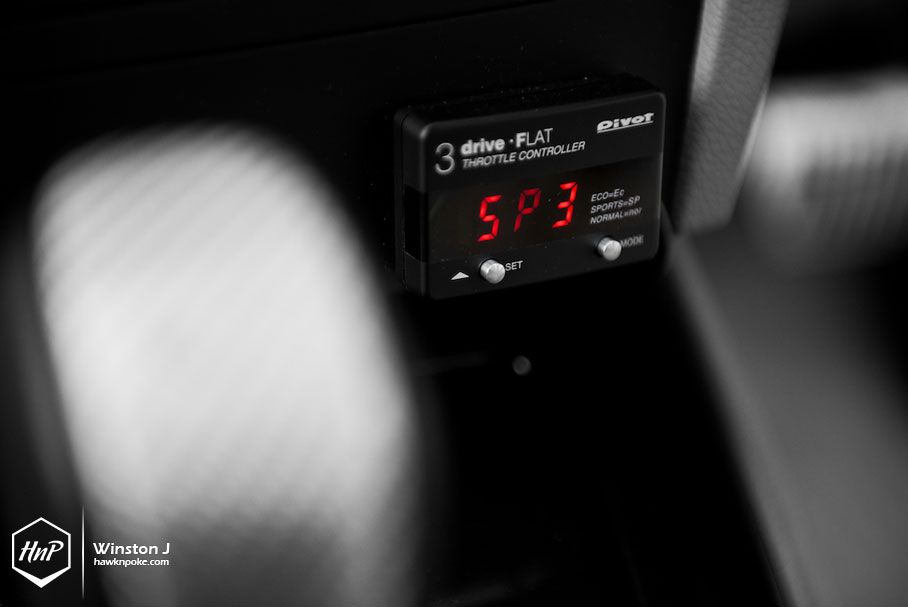 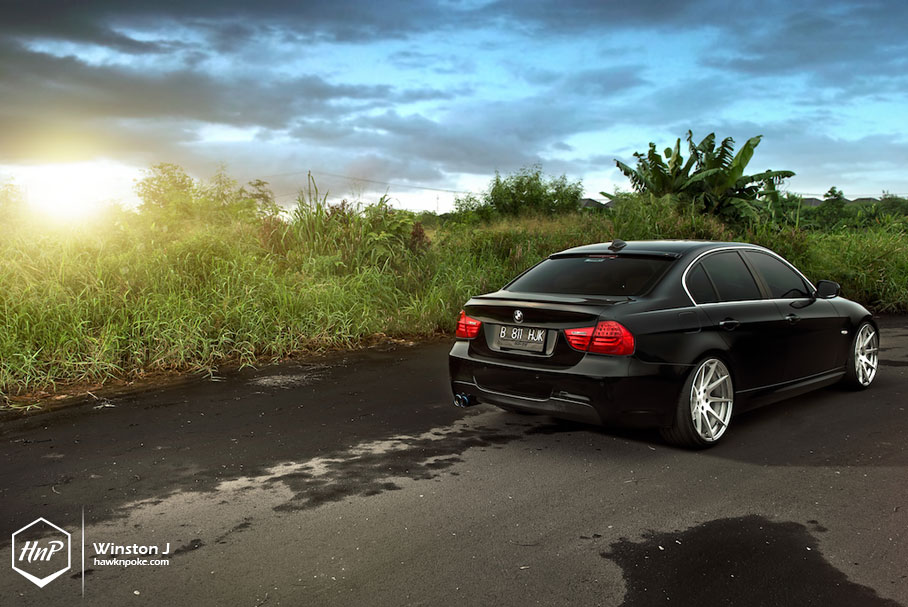 As for the wheels, Hans had chosen BC Forged HB series with a deep concave. Look at the concavity at the rear! These wheels are wrapped around on Toyo Tires to stick all that power to the ground. 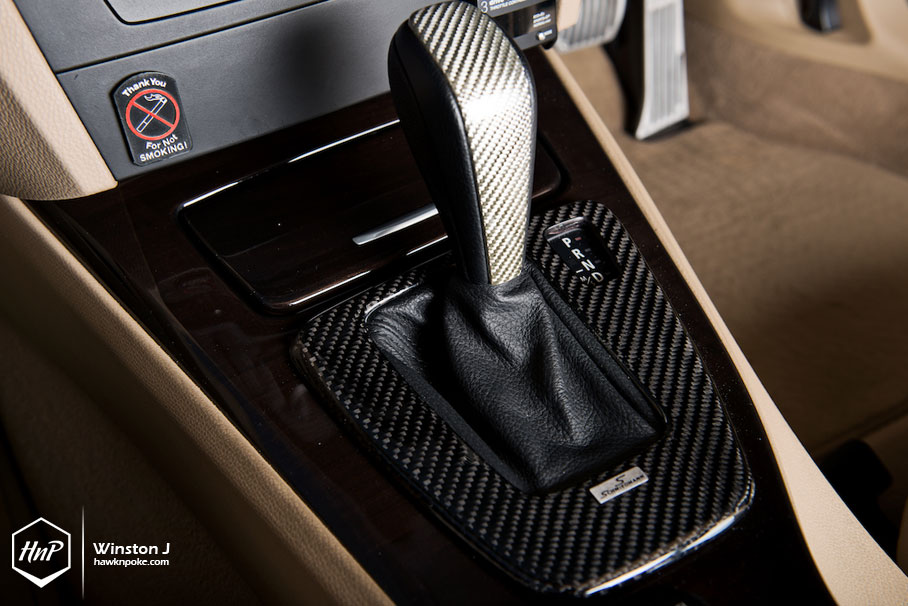 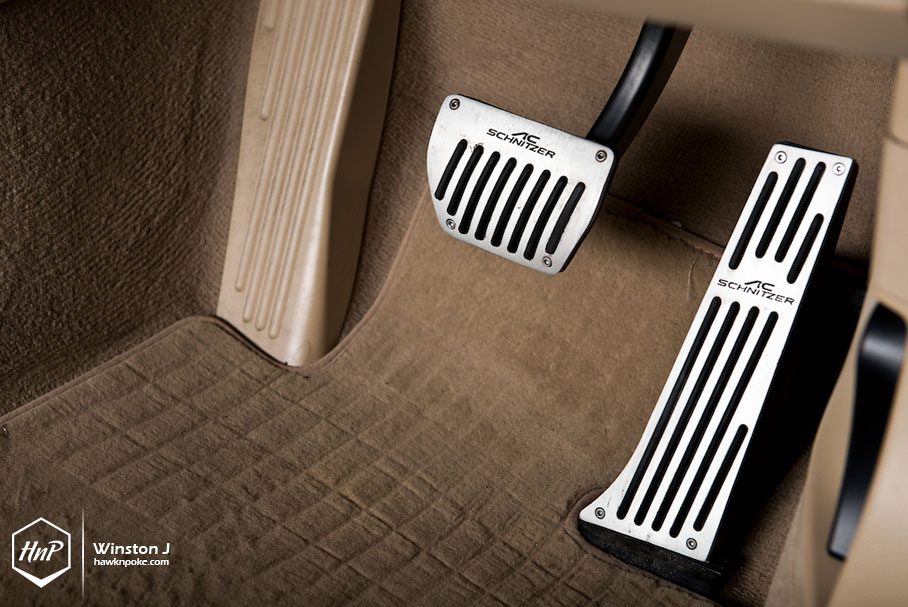 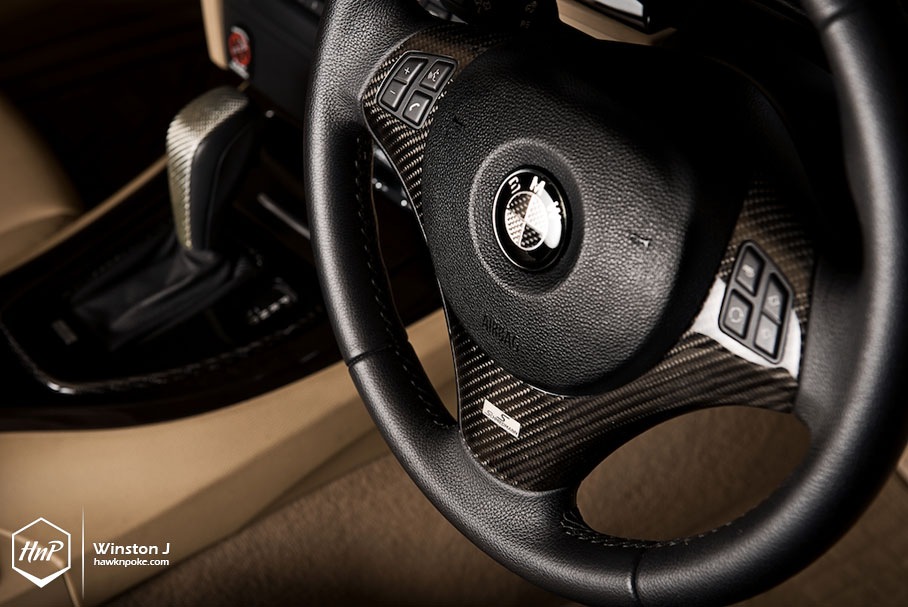 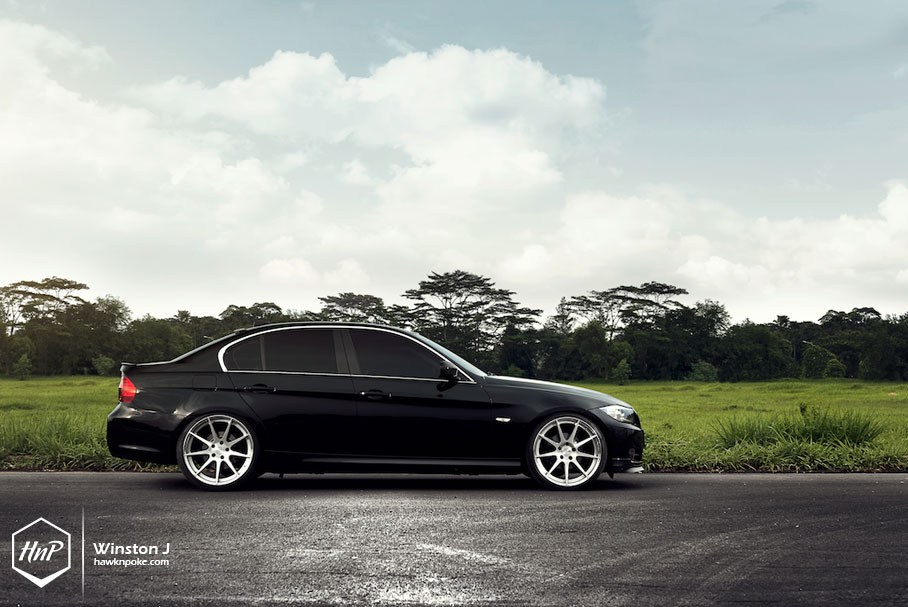 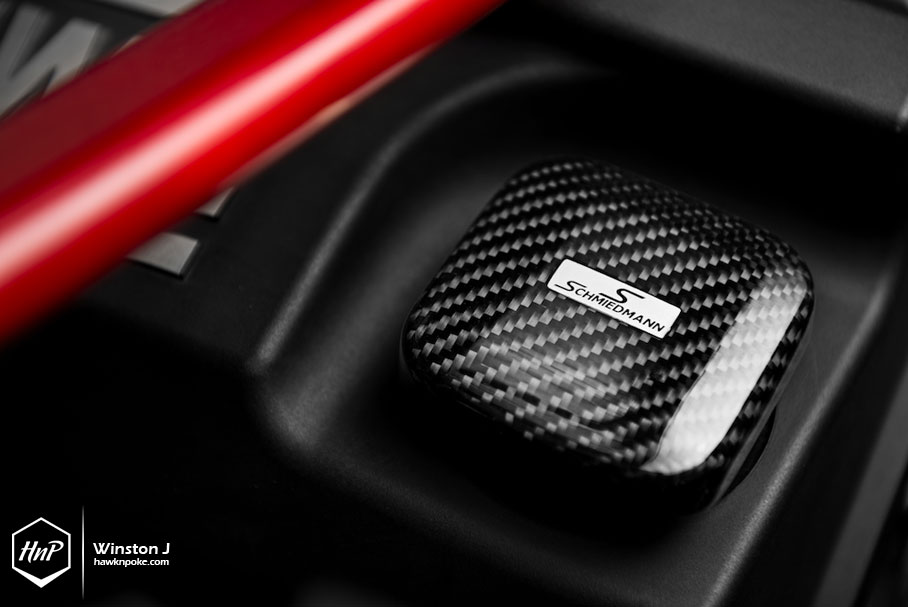 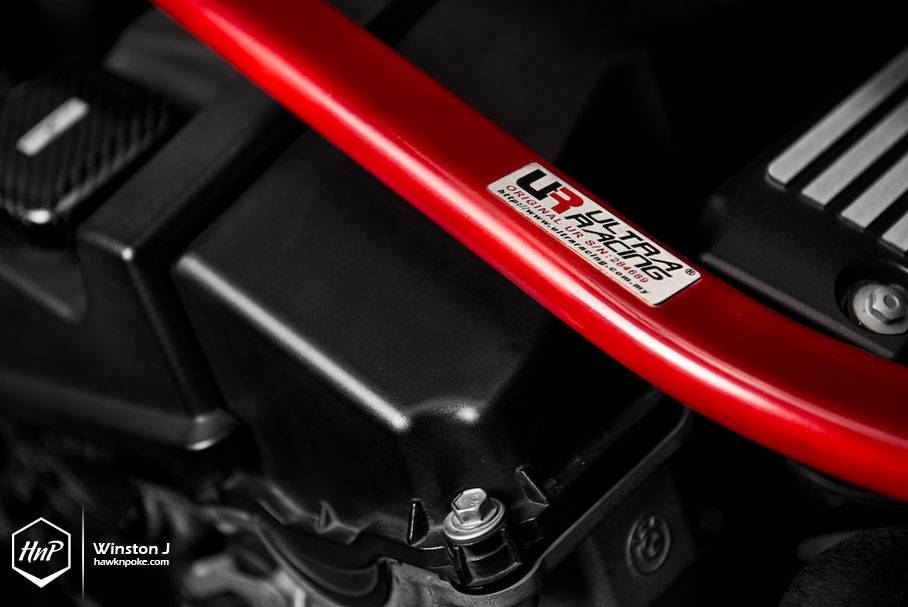 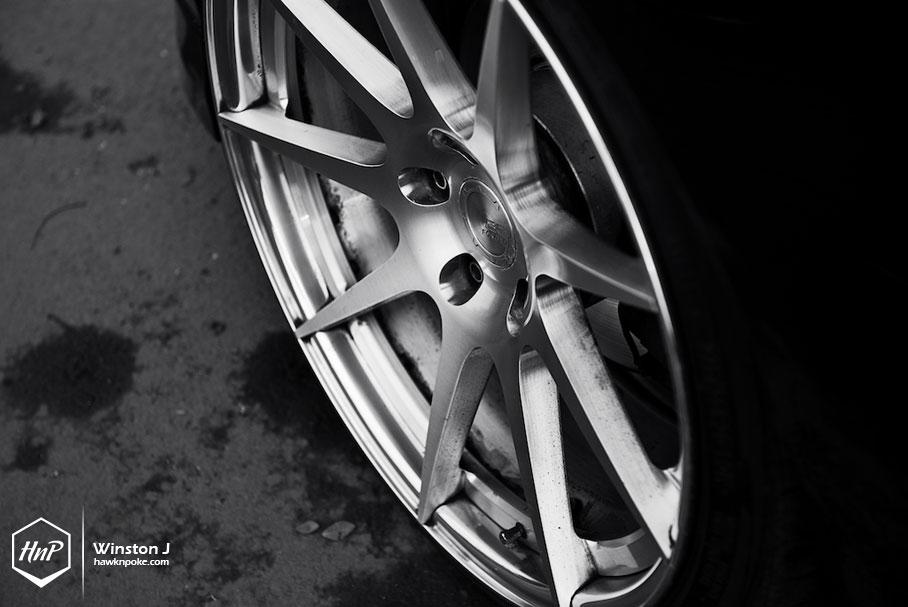 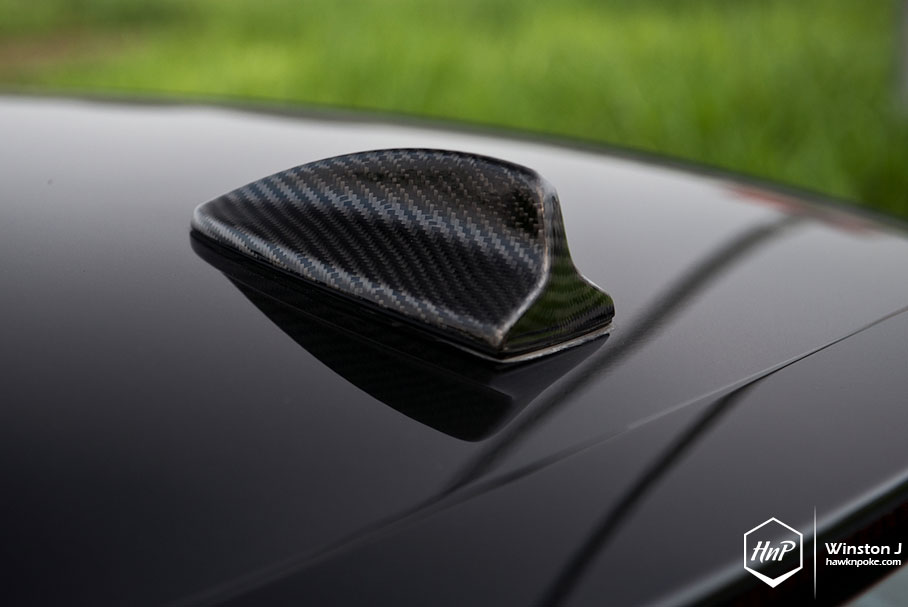 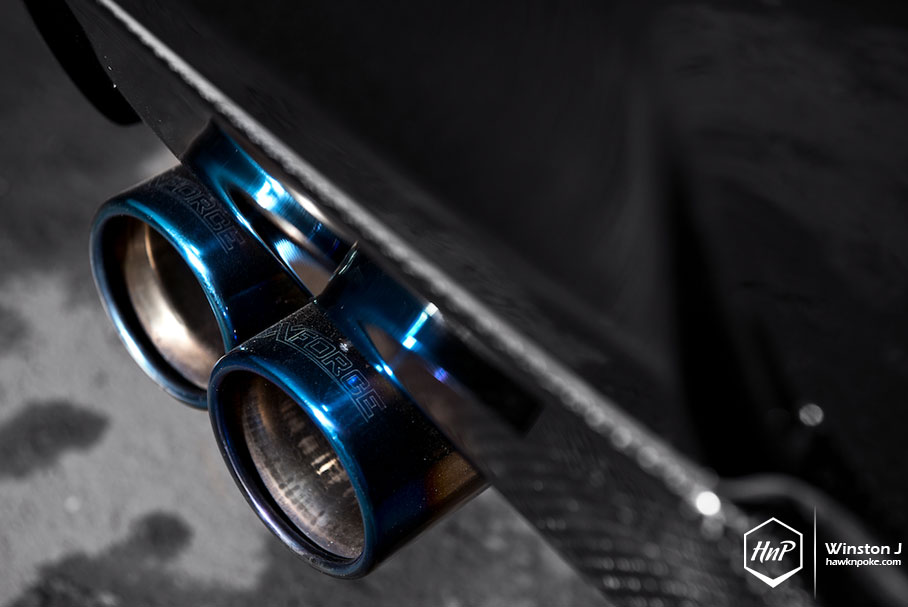