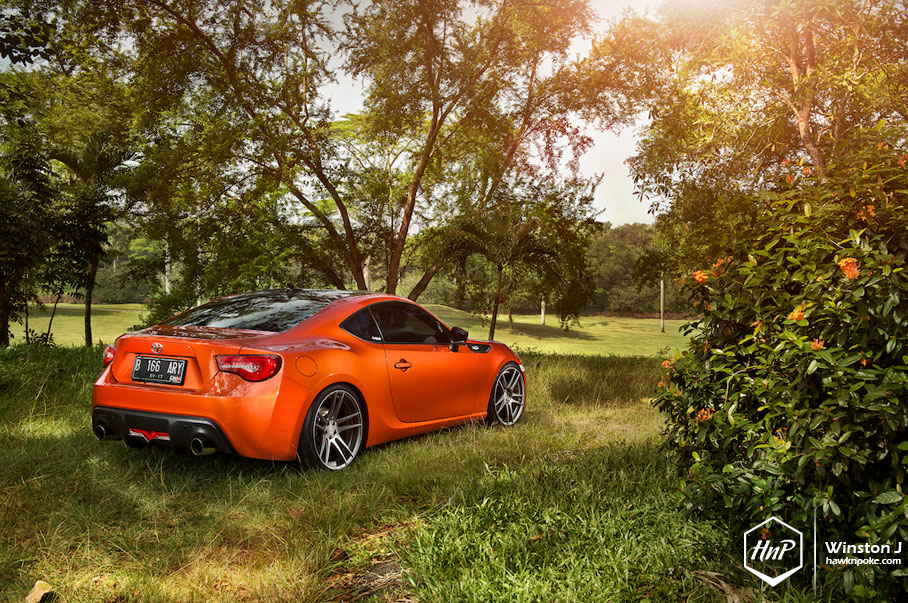 The mountains. Pitch dark. Screams of revving engines in the distance. Dancing headlights. Screeching tires. Coming closer every seconds. Upshifts. Downshifts. Revving symphonies among what seems to be two cars racing across the mountain roads. It was getting louder. And louder. Breaking silence as they passed. Coming closer and closer. Moments later a flash of pop-up headlights passed by right in front of, just right where you were standing. Just a flash, in mere seconds. Followed by what looks like a yellow rotary a few seconds later. It was none other than a scene off Initial D. The much praised AE86 have just won a race against its ‘beefier’ opponent – the RX7. Winning street races over cars that came with much sophisticated or larger engines have become a casual for Takumi, the talent behind the AE86’s wheel. These animes have helped in skyrocketting AE86’s popularity as the affordable sportscar of the 20th century. And it stayed that way for years. Many years. 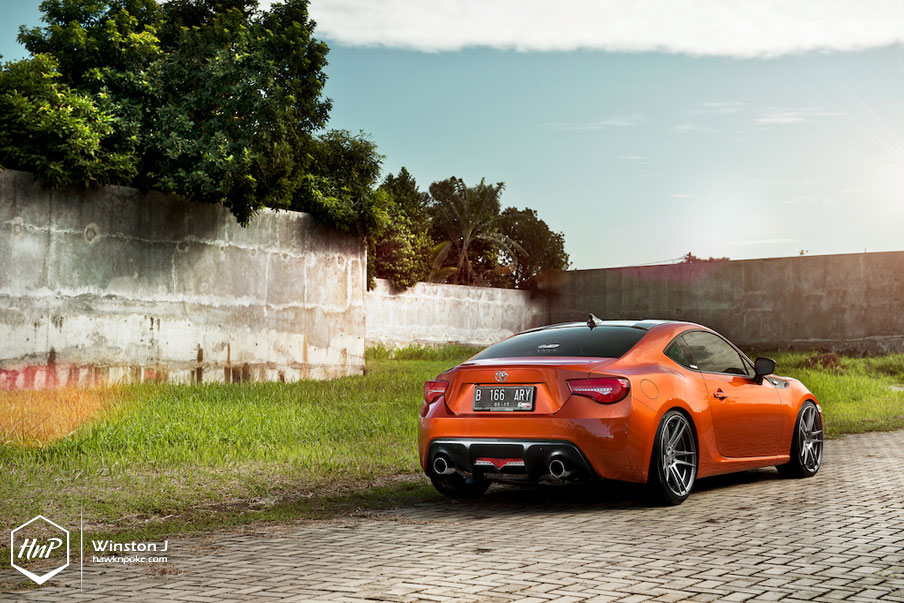 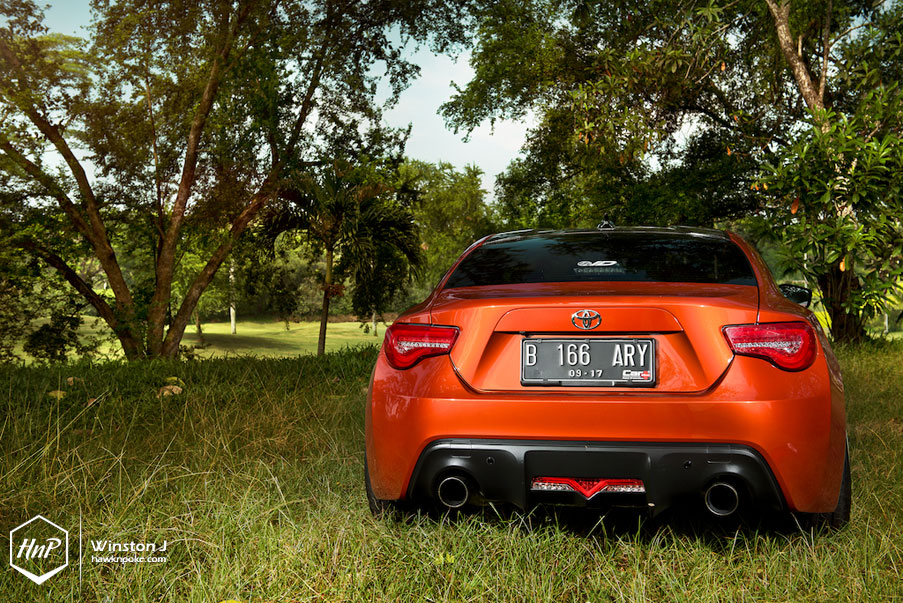 Affordable. Reliable. Rear wheel drive. Rev happy. Drift happy. The AE86 has won the heart of many fans worldwide. Both in pop cultures and motorsports. Initially praised at the mountains of Japan, followed by increasing fanbase at the race circuits of USA. It was the unexpectedly brilliant last child of Toyota’s last rear-wheel-drive Corolla. Too bad the production stopped on 1987. Just after five short years of production. 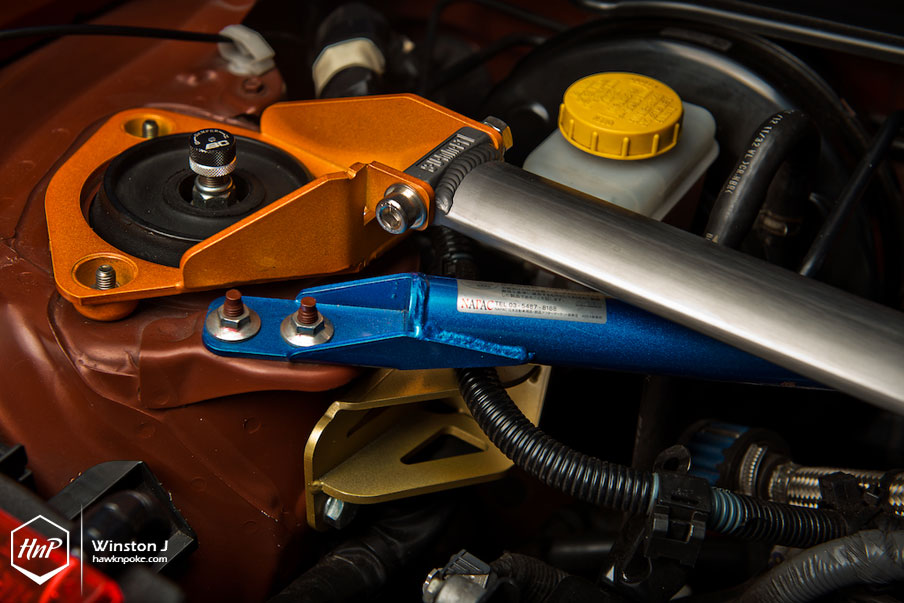 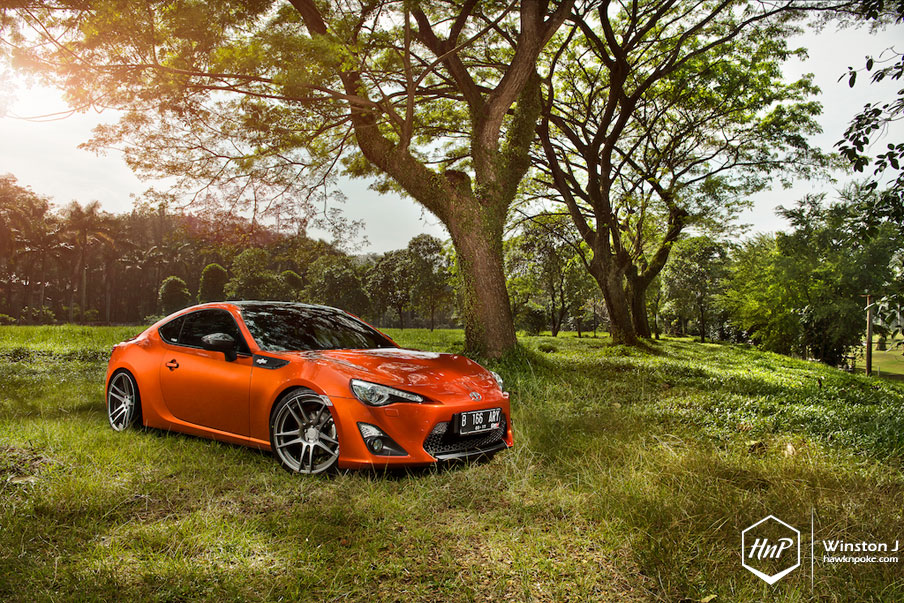 Fast forward to 2012. The AE86 still lived on among worldwide automotive fans. Pristine AE86’s have become collector’s items in some countries. While many others are still being raced, being revved to its maximum at drift and track circuits around the world. It has, essentially, become a living legend. The exclamation mark among Toyota’s history of dot-ty Corolla’s. The red suit among an otherwise monochromatic Corolla wardrobe. The gifted one. However, on that same year, Toyota has also put another mark on its 86 history: the first GT86’s were birthed on that year. A successor to the legend. A sportscar bearing a legacy name. A push for perfection. Toyota gave their best and highest hopes for the GT86. Bearing same equations (RWD, coupe, lightweight, reliability) with future-proof technologies, Toyota has placed its Ace cards on the table with the GT86. 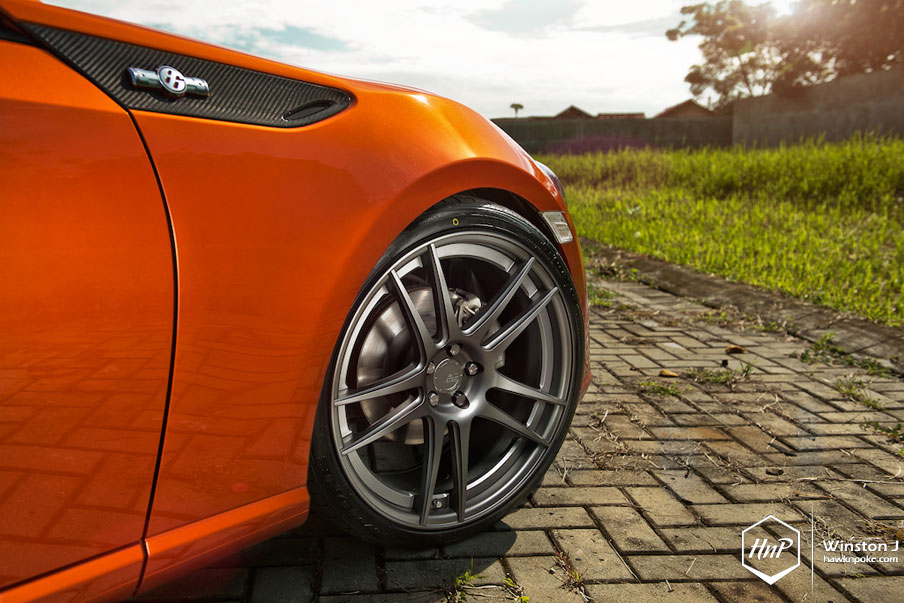 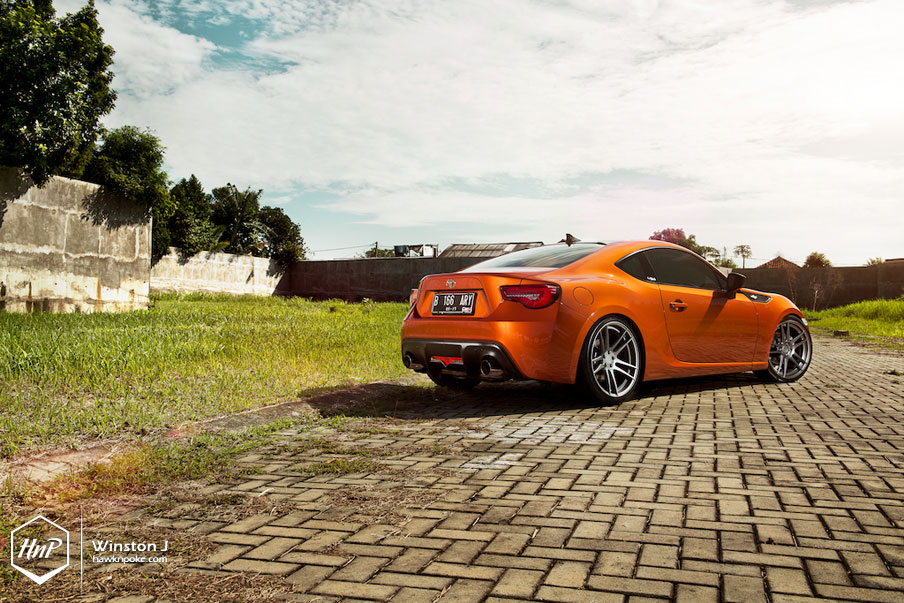 Among the first produced GT86’s worldwide, some managed to be delivered mid-year 2012 to Indonesia. The car I’m featuring today, owned by Lukman, is the first GT86 to be delivered to the hands of us, Indonesian customers. The lucky number one. The one who stole the show. The primetime. 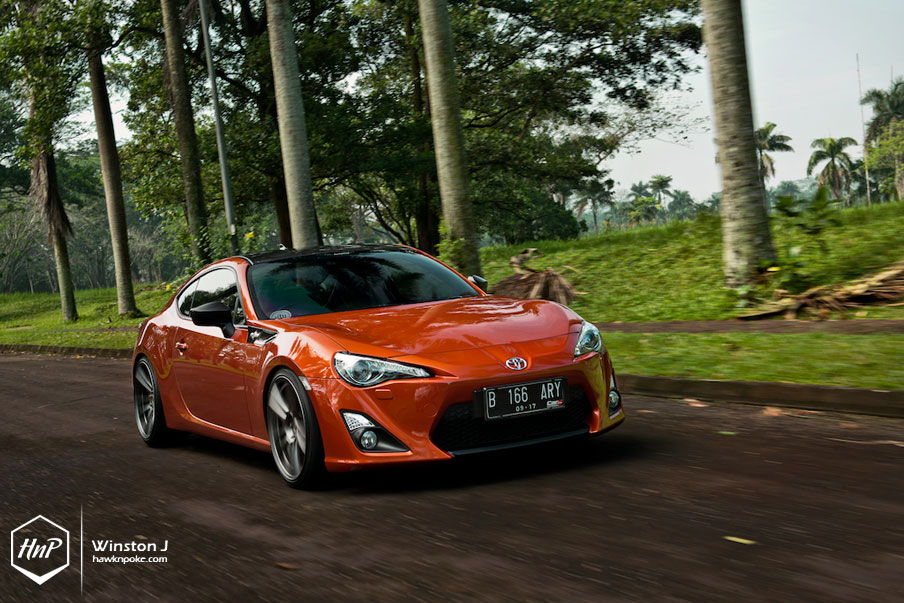 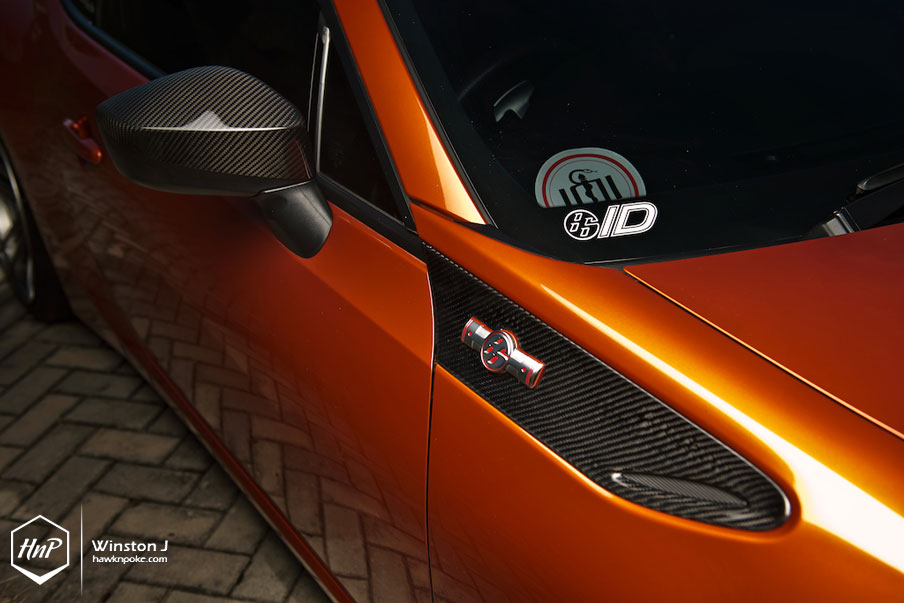 Being the first to drive the GT86 legally on our streets, it wasn’t a coincidence for Lukman to become the leader of 86ID (GT86 club of Indonesia). Obsessed by the 86’s history and a very well balanced personality, Lukman was among the firsts on our land to research deeply into the coupe’s modifiability. Empowered by such a knowledge, Lukman began his challenging journey of 86 modifications. From crafting the proper intake-and-tune combinations to installing some of the nicest lights, Lukman has gotten it all right. 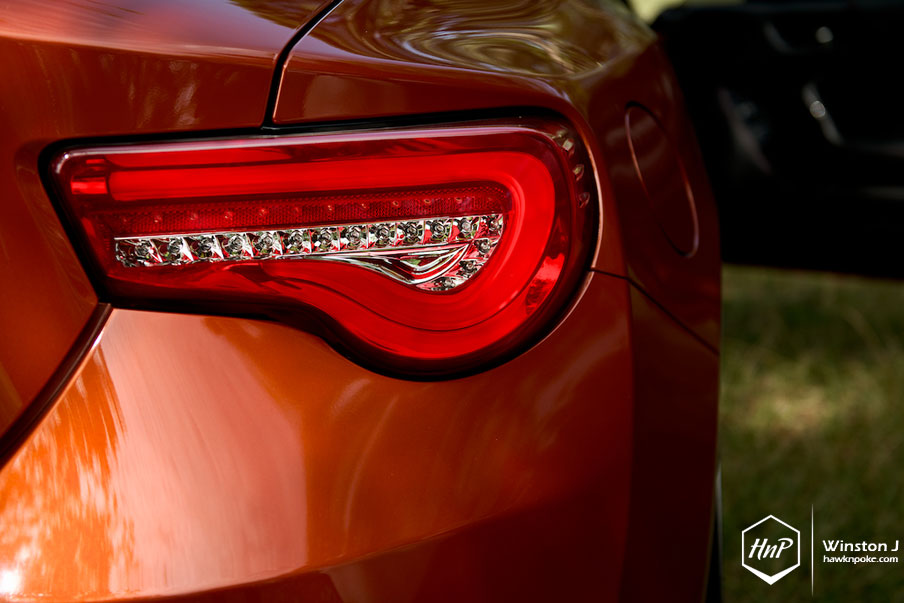 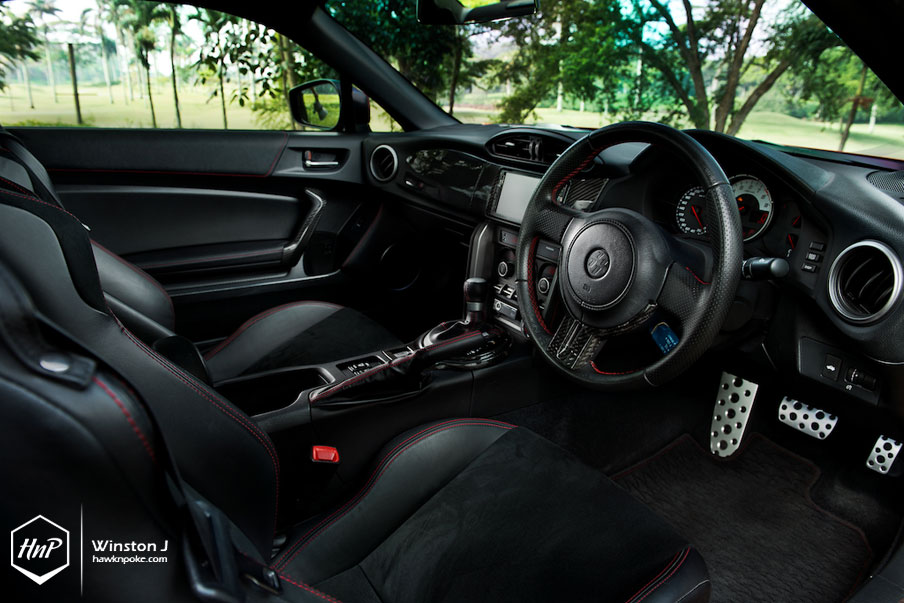 Leaving the GT86 in its stock form has never been the plan for Lukman since day-1. He’s determined to keep this car for years. Many years. Tinkering with all the upgrade-able aspects of the ride during those years. He believes that, one day, it too can become a legend. In future years where most cars will be electric and uneventful, the GT86 will live on as being one of the last affordable true enthusiasts’ cars. 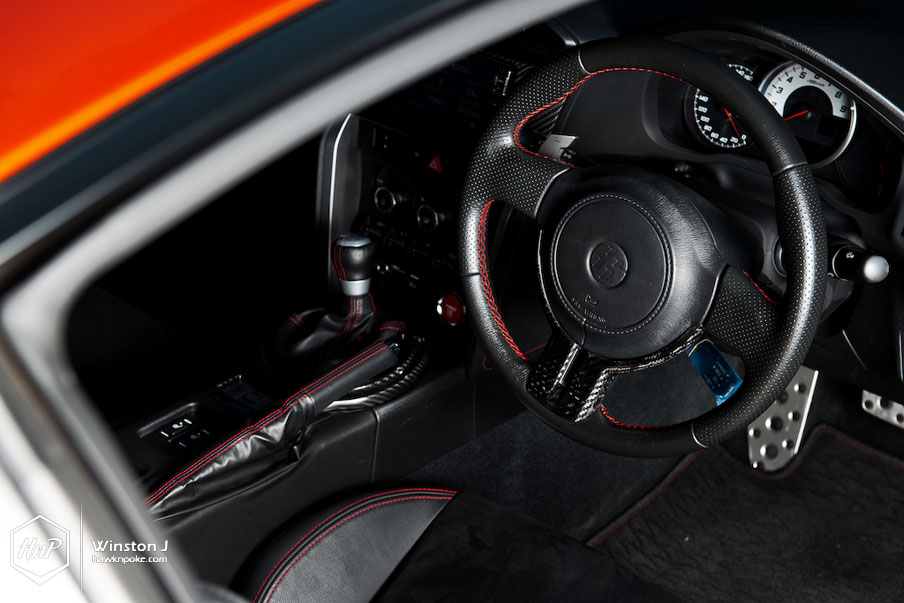 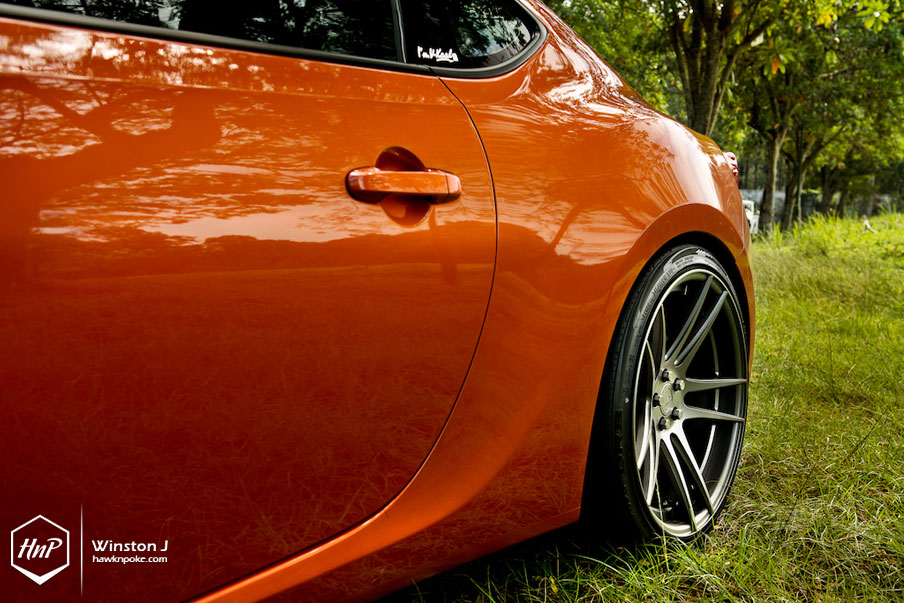 With modlist that I’d rather suggest you read yourself off the buttom of this post, Lukman is now planning to install a turbo kit for the car. While its 200HP stock figure might be more than enough for casual drivers, Lukman simply can’t resist the urge to upgrade his Metallic Fusion Orange to its maximum potentials. Having a snail under the bonnet is surely one of the nicest wasy to obtain those extra horsepowers. 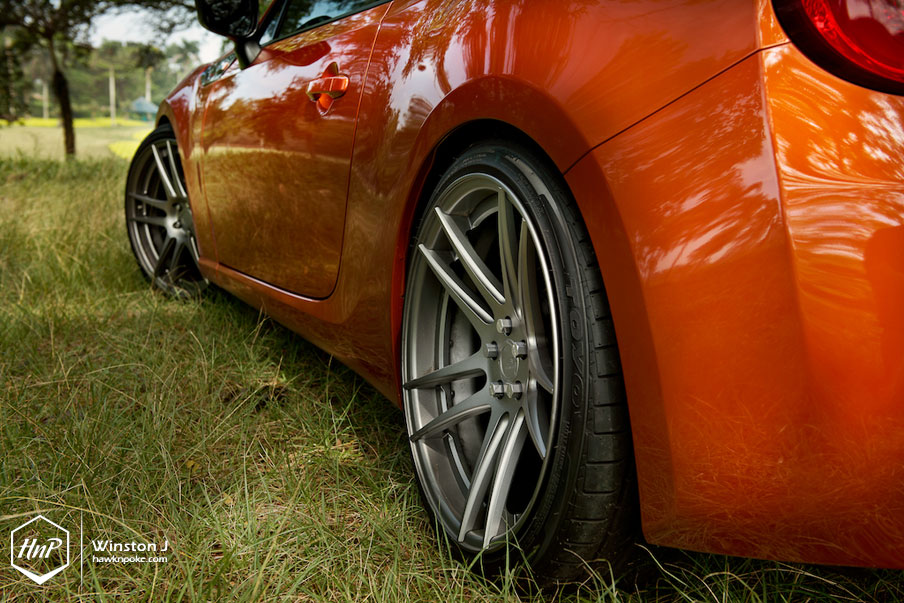 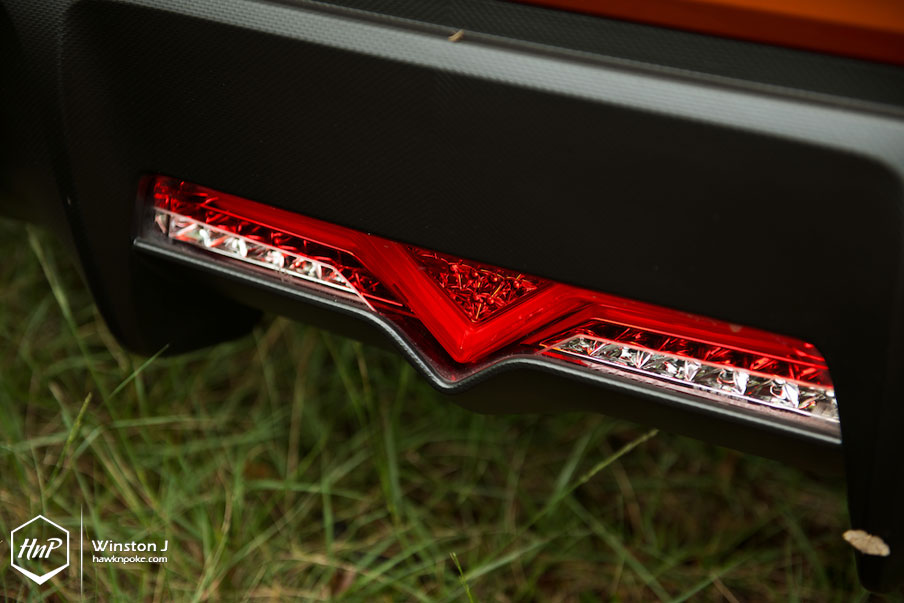 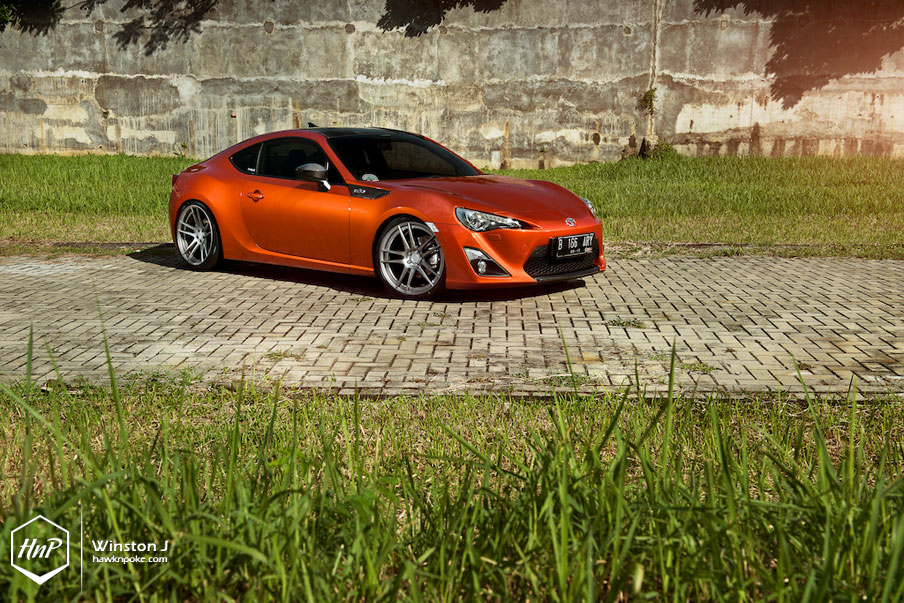 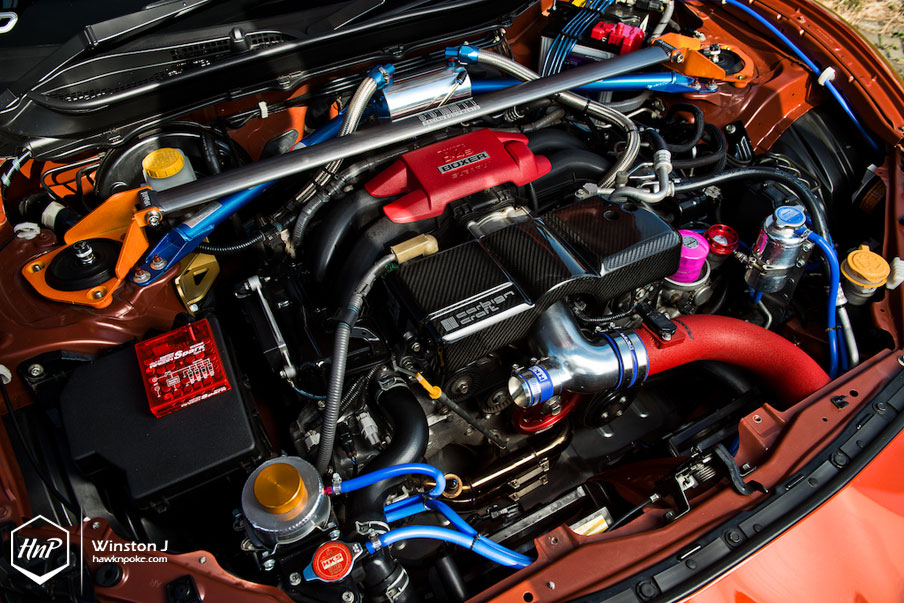 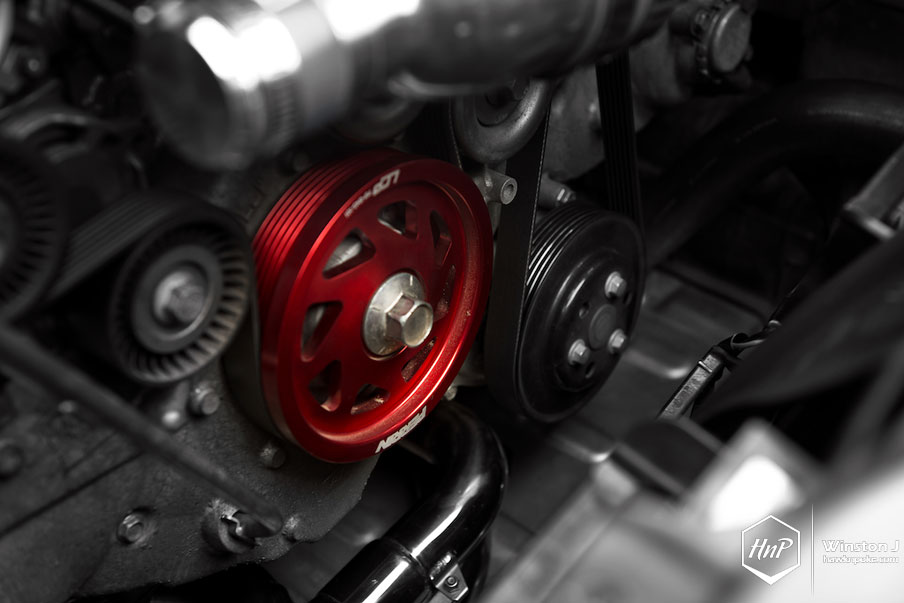 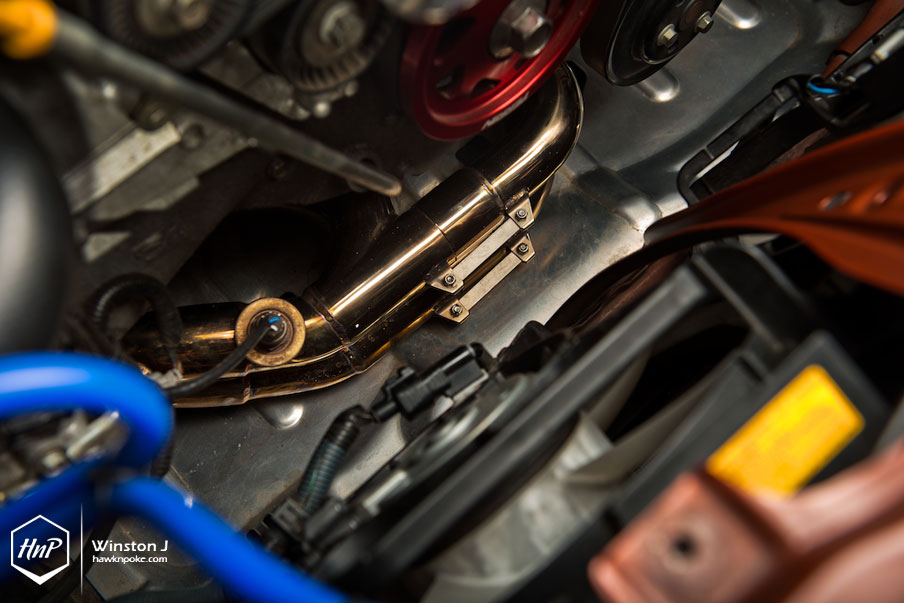 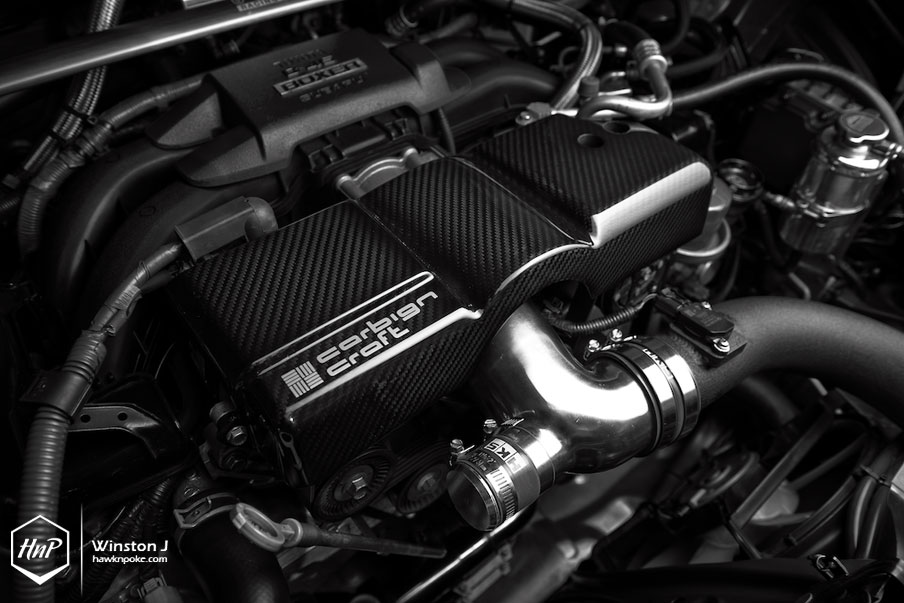 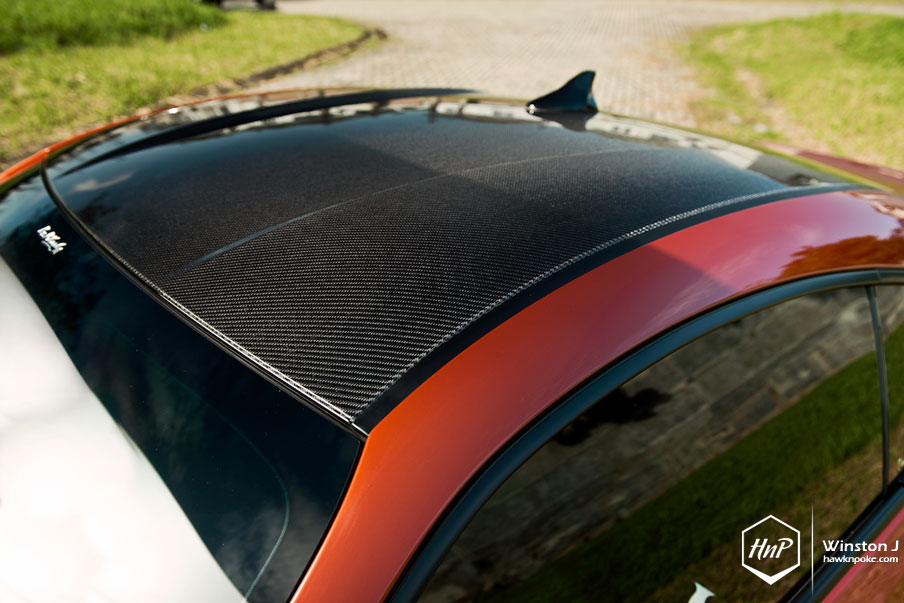 Will the GT86 live along the path of its successor? Will it perform up to the praised 86 name? Without the push of pop-cultures, will it ever be so popular worldwide? Only time will tell. But so far, looks like Toyota has gone on the right direction with the GT86. The car enthusiasts need a hero to free themselves from the world starting to be overtaken by Prius-es.