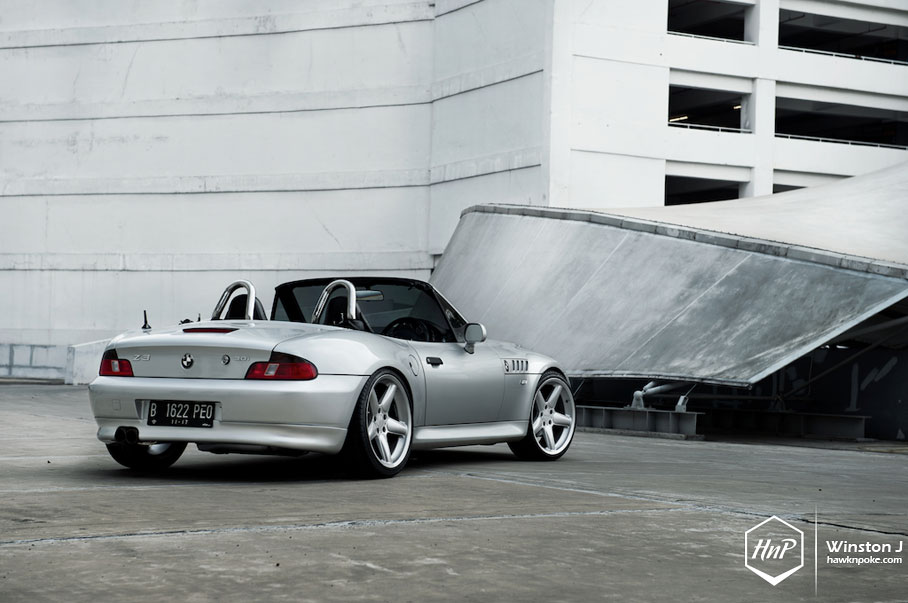 Thirteen. That’s the number of years this particular convertible has been roaming the streets of Indonesia. Yet the odometer hasn’t even touched 30,000 KM. Pristine and well cared; finding such a gem on the market proved to be a very rewarding experience for Nico, owner of this silver Z3. While younger generations might not know about a Z3’s retired-celebrity status, we still remember it as Bond’s first ever non British cars, which appeared in the box office hit 1995 GoldenEye. Introduced the year after in 1996, the Z3 became an instant hit among sportcar buyers; partly because of its movie endorsement and partly due to its seductive compact platform. 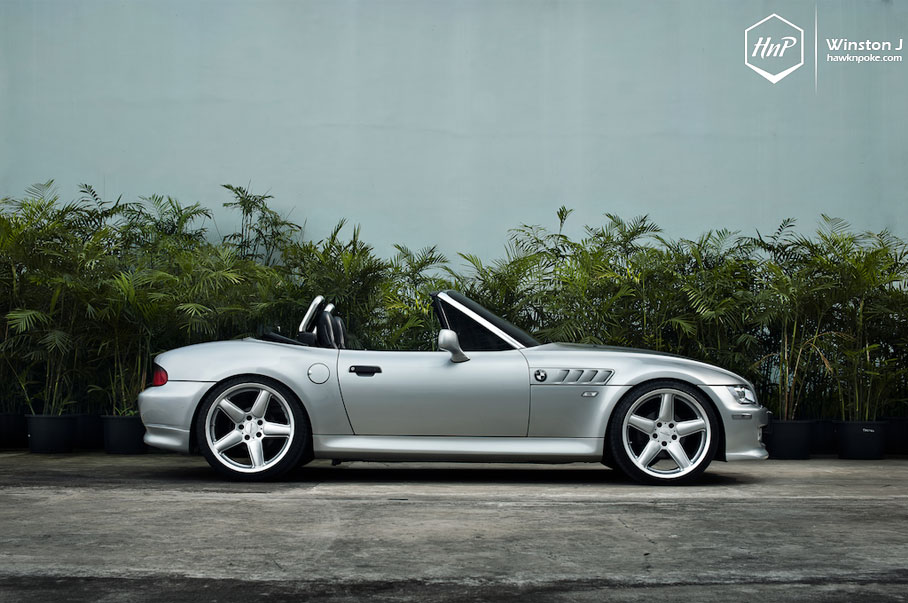 Fast forward to 2013. The ‘fitment scene’ has quickly been spreading all over the world, with Indonesia being one of its most recent followers. While some may call these tight wheel fitments as ridiculous, the majority of the crowd nowadays appreciate a lowered ride’s 0-wheel-gap status. Nico is undoubtedly among that crowd. Intending to have a more aggressive fitment on the car, he installed a set of 5-series spec-ed AC Schnitzer wheels on his ride. 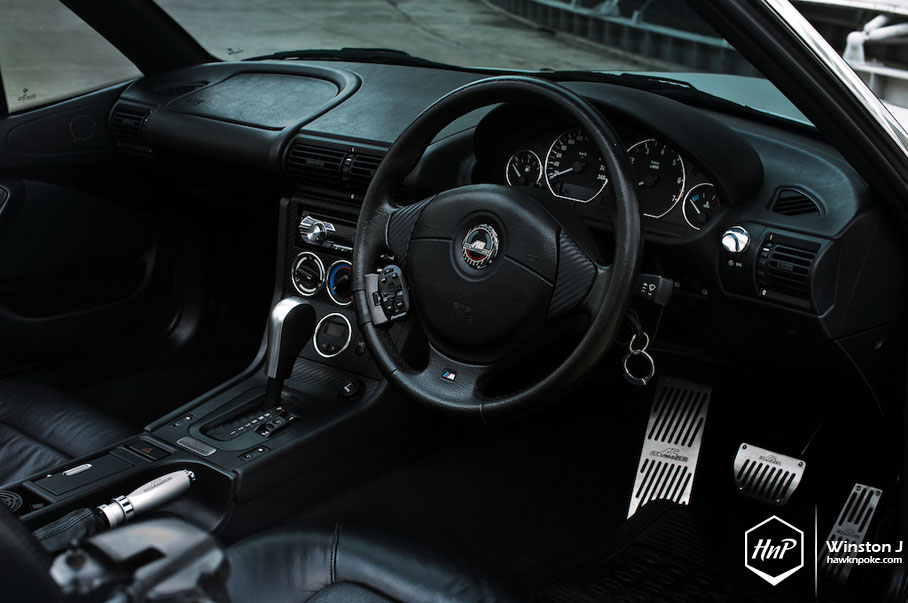 With only a handful of Z3 that have ever arrived here in Indonesia, Nico is determined to keep modifications simple and non distracting. Hamann bumpers and interior parts were among the other personal touches he put onto the car. 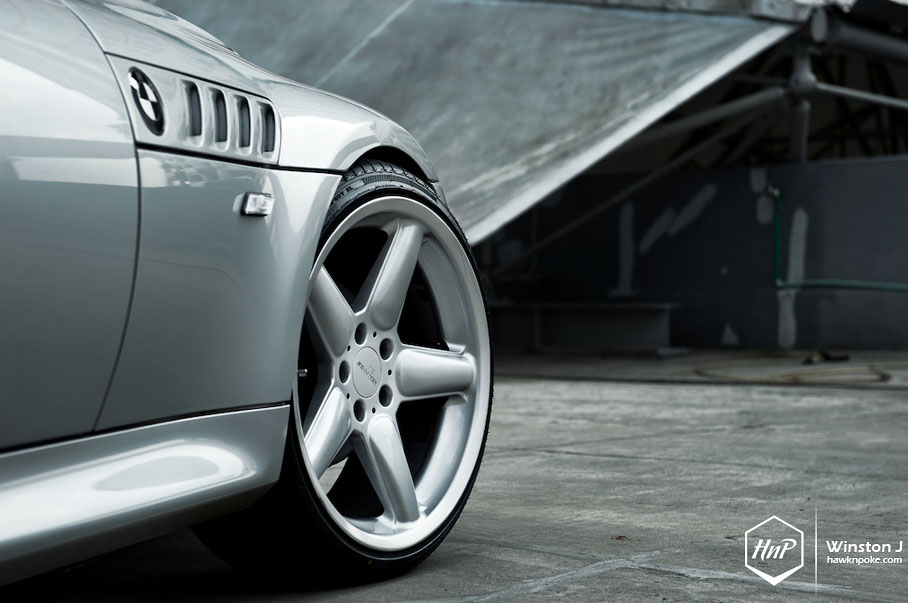 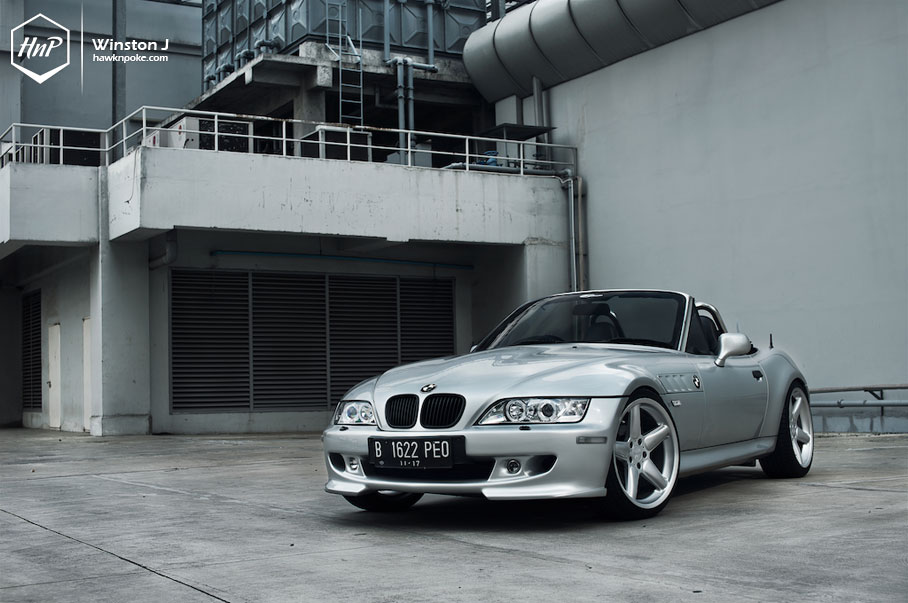