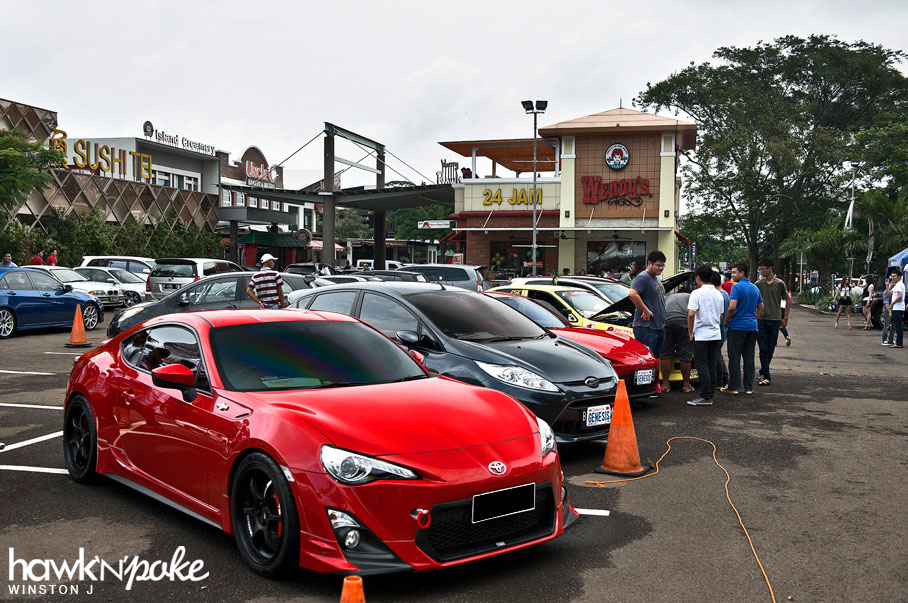 More pictures from GENESIS! These are several pics showcasing the booths area, entertainments and other stuffs! 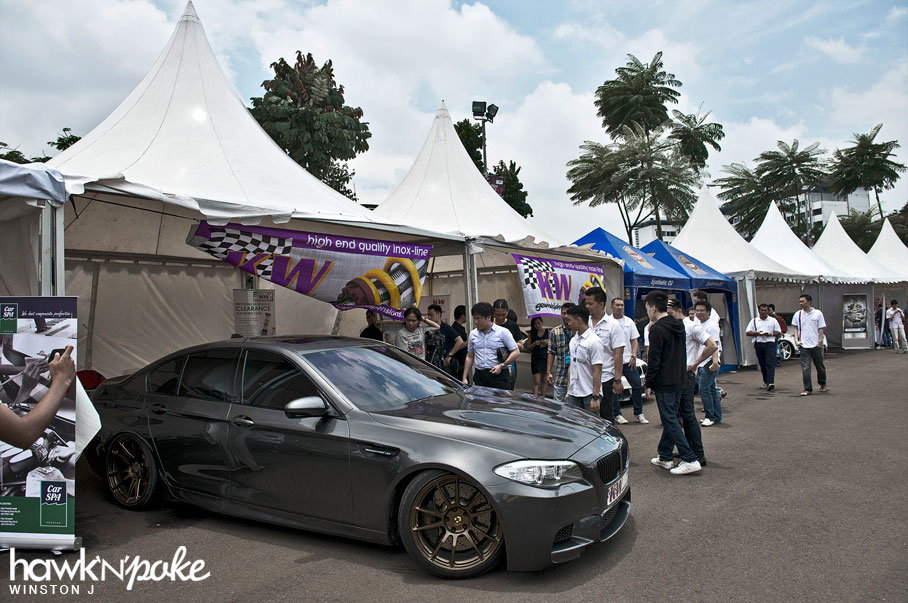 KW Suspensions had this well built M5 as their demo car. Equipped with KW Hydraulic Lift System, the M5 can have its entire chasis lifted up when necessary, maneuvering over speedbumps with ease! 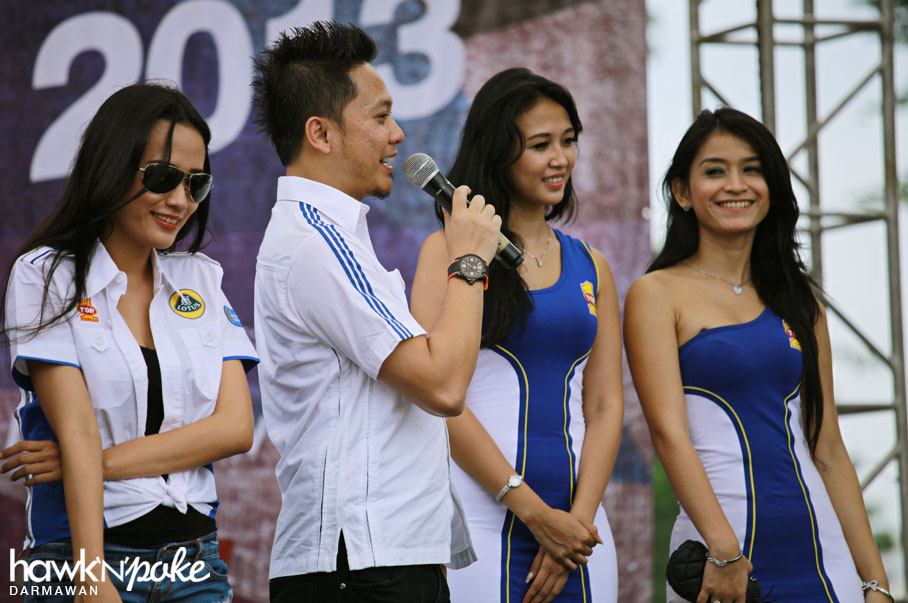 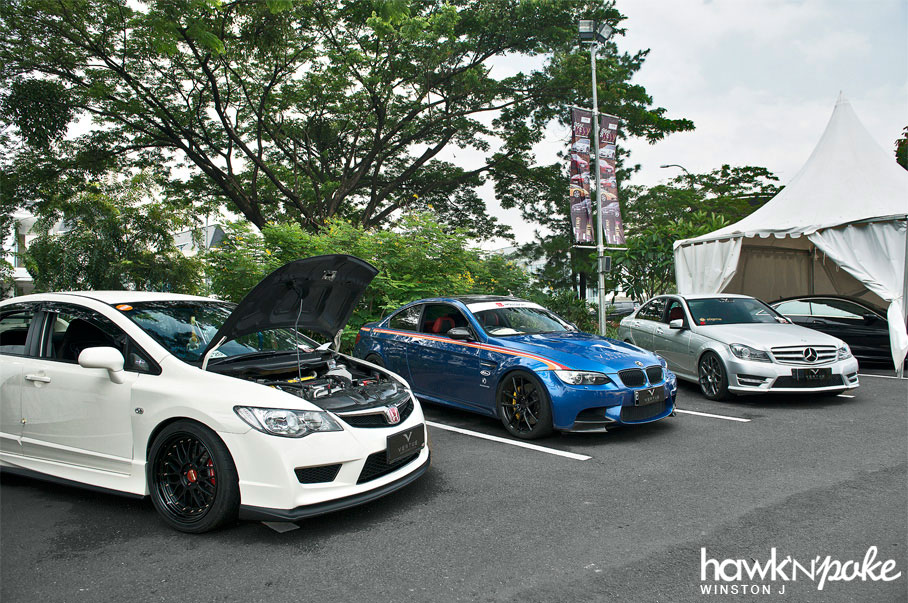 Vertue had a booth displaying their leather creations. They’ve also registered several cars into the car show to be their demo cars. 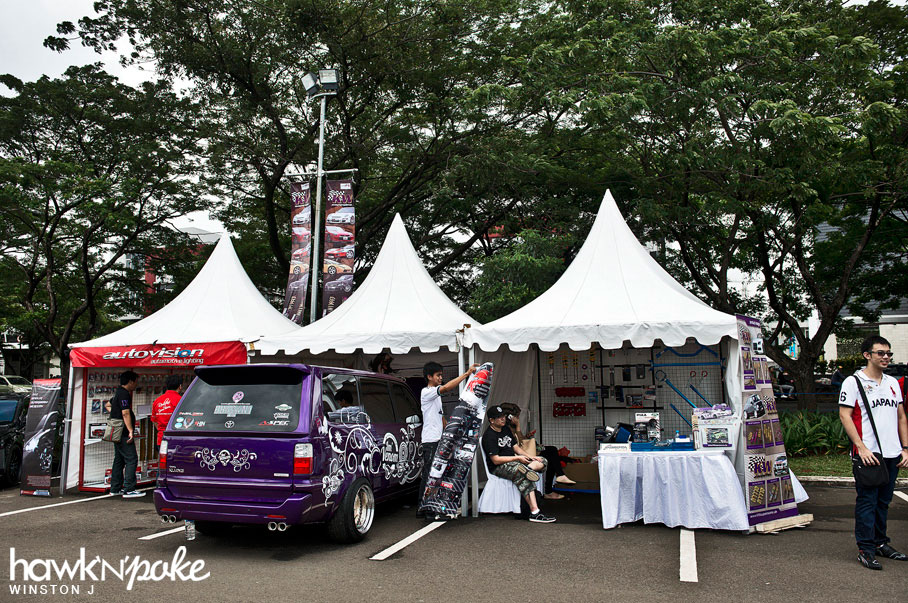 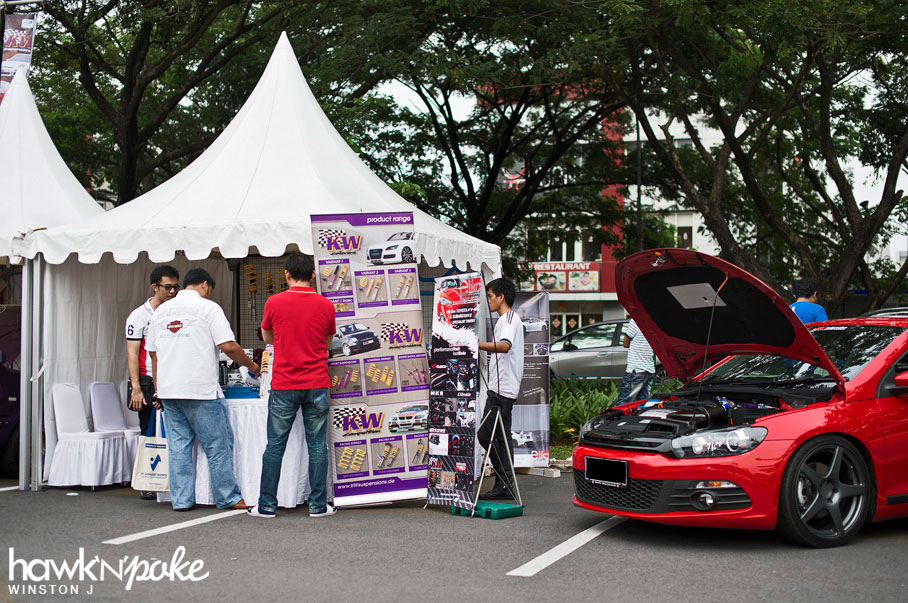 Autovision had quite several lighting products up their sleeves. Venom was punching out hips and hops out of its demo car. Elika had quite a few performance parts that enticed the interests of speed freaks. 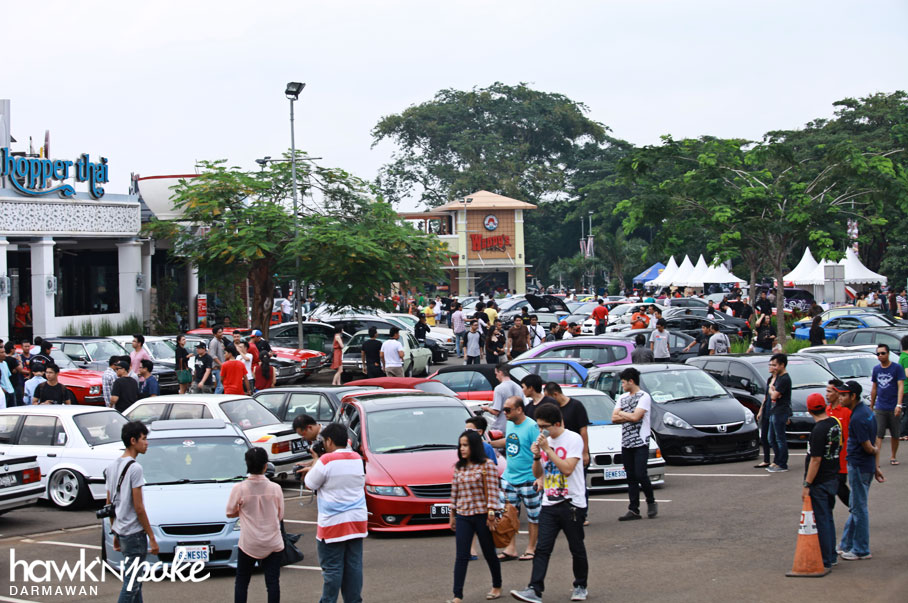 Booth renters admitted the crowd on the day being endless. Unlike indoor entrance-ticketed shows, GENESIS had certainly created a very different atmosphere. 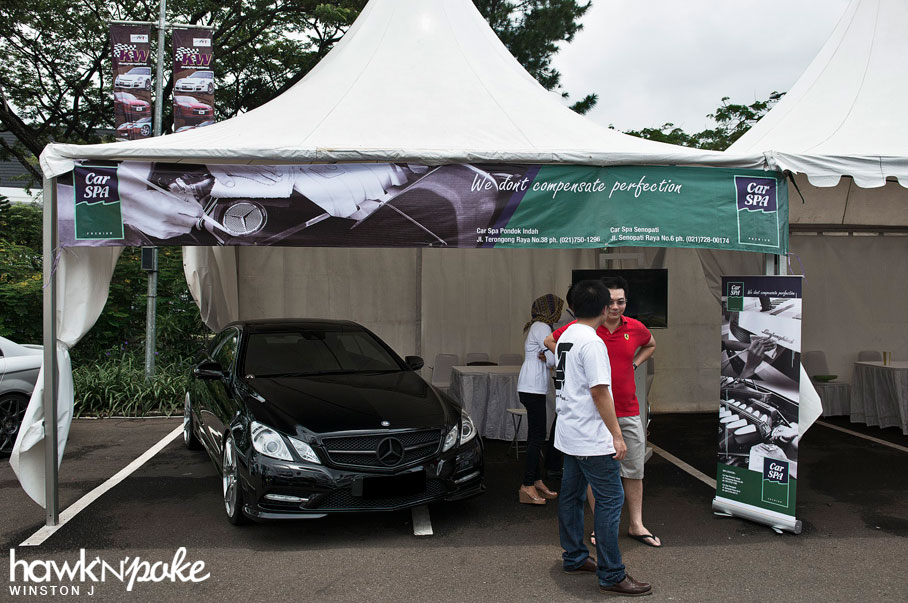 CarSpa proudly presented the E Coupe as its demo car. 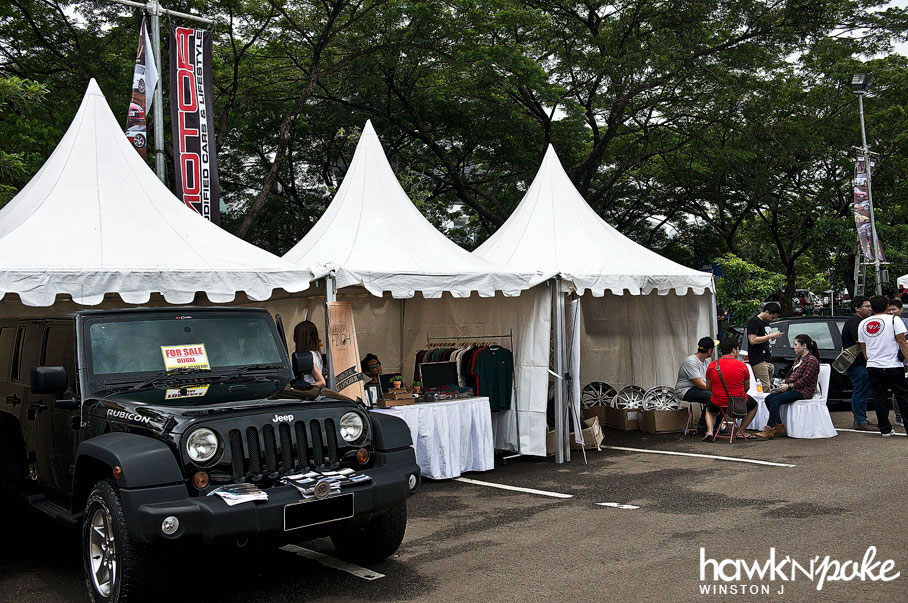 TopCars were selling the Jeep at the show. Next to it was The Original Finch offering their unique clothing line, and Supremo displaying quite a few attractive wheels. 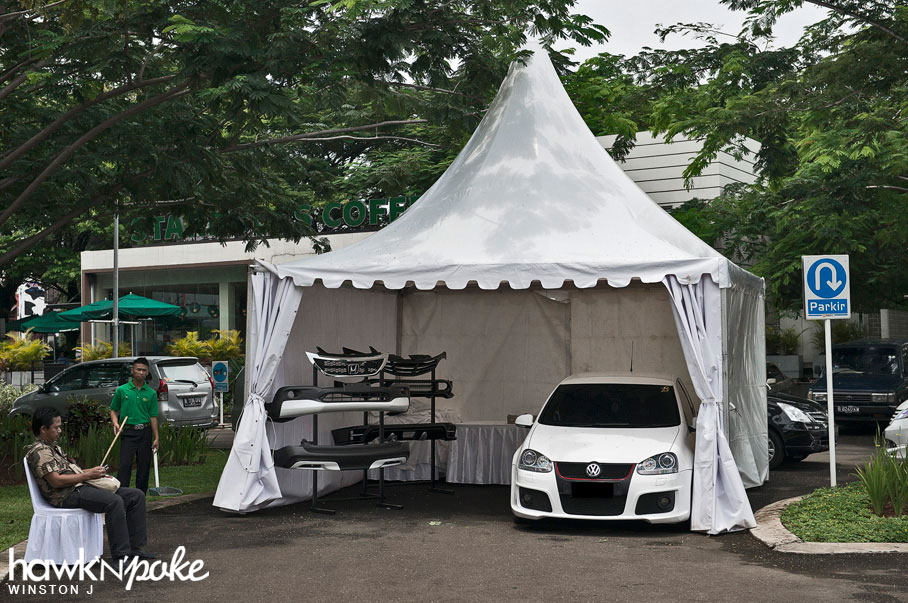 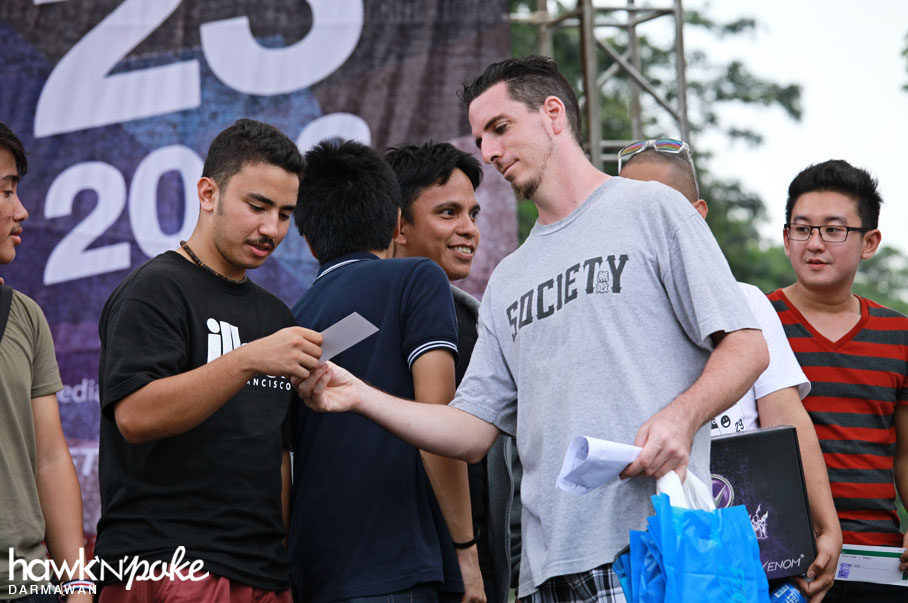 Akram, one of our lucky draw winners. We had Rp 39,000,000 worth of products and vouchers given away to GENESIS car show participants. 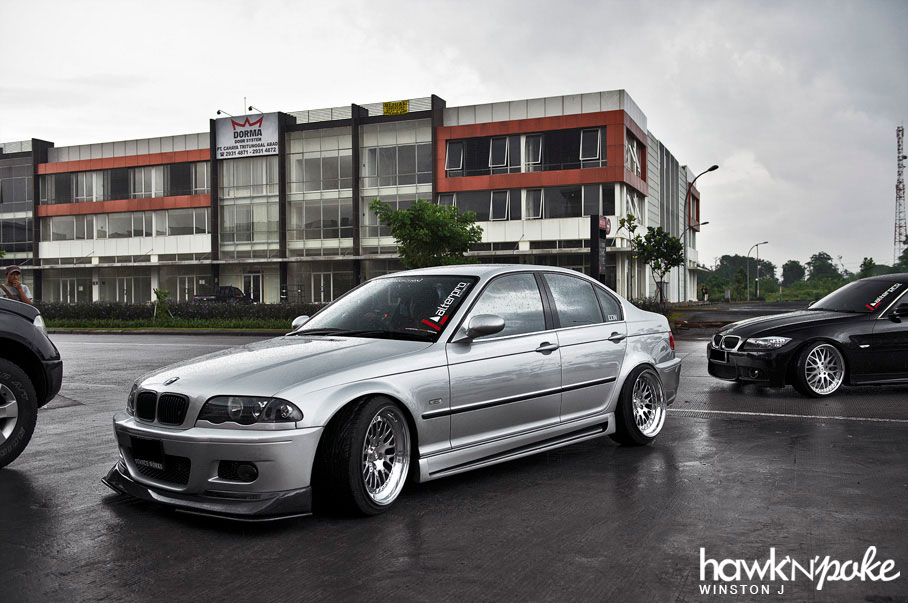 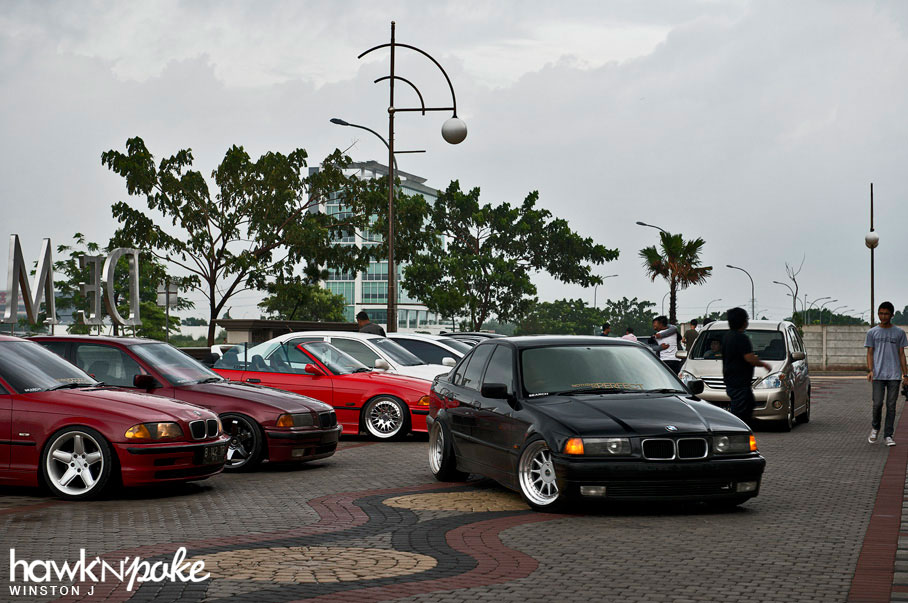 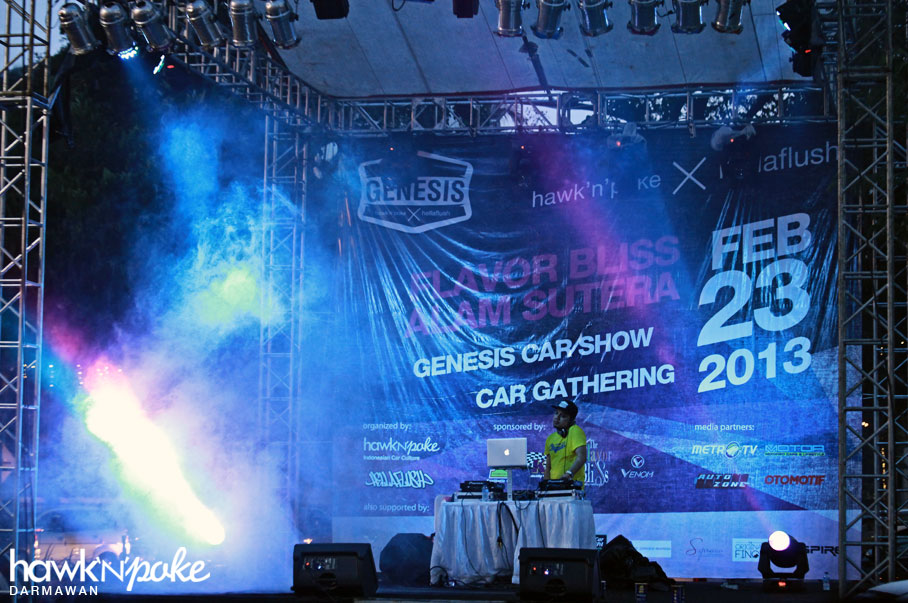 DJ Agung heated up the stage with his remixes from the evening ’til sometime later in the night, accompanying our dinner time.
We still have several more pictures in our harddrives waiting to be edited. Somagede also rented a booth on the day selling, automotive supplies. MOTOR also had a booth and held the instagram competition around their booth. Will post those pictures up soon!

Permaisuri Thursday // GTI MKV on BBS CH-R
Bringing Back the Fun // Toni’s GT86 on BC Forged
© Hawk'n'Poke. All rights reserved.