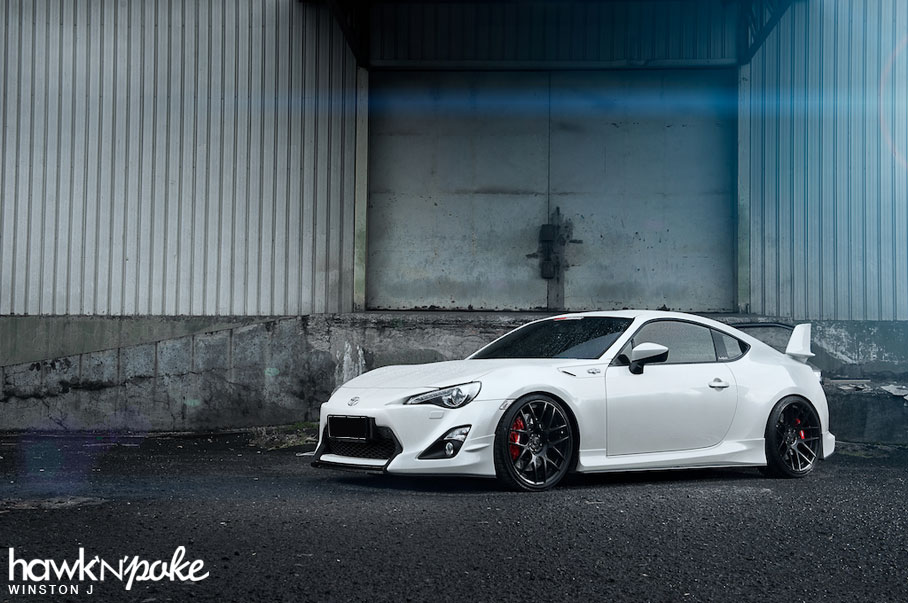 Bringing Back the Fun // Toni’s GT86 on BC Forged

Tetsuya Tada is his name and he’s the chief engineer, the mastermind, behind Toyota’s latest reinvention of an affordable sports car: the GT86. It all started when Mr Tada, who was working at Toyota as a chasis engineer at that time, received a phone call from Mr Toyoda (then Toyota Vice President). Mr Toyoda presented him with the opportunity to build a Toyota sports car under 0 constraints. It’s up to him as to what he’ll come up with. Whether it’d be super fast, extra small, or awfully cool, it’s up to him to simply go wild with it. But, whatever it’s going to be, it’s meant to exceed expectations, because it’s going to be Toyota’s re-introductory note in the sports car scene after a long period of tirelessly building Camry’s and Corolla’s.

Instead of coming up with superfast, uber-technical sports cars he could’ve built, Mr Tada presented Mr Toyoda with a car that has absolutely ‘nothing’ spectacular on it, on papers at least. No mind boggling 0-100 times. Doesn’t go round a track much faster than a Corolla. Has a plain 197HP 2.0L engine. Equipped with tires off a Prius. The project was halted for six months due to this idea. Not many in the department believed in Mr Tada’s vision. They thought he’s mental, to be given an army of resources and 0 constraints, simply asked to build a weapon, and yet come up with a small handgun instead.

However, after six months of halting, he was given the green light to create a prototype car based on his mental idea. To everyone’s surprise, the car has put wide smiles on every face who has test-drove it. The car’s definitely not been built to break any speed or track time records. It’s simply meant to be a fun, affordable, and tune-happy Toyota sports car. The car with which you can have fun on every corners without leaving a large hole inside your wallet. A reborn AE86. 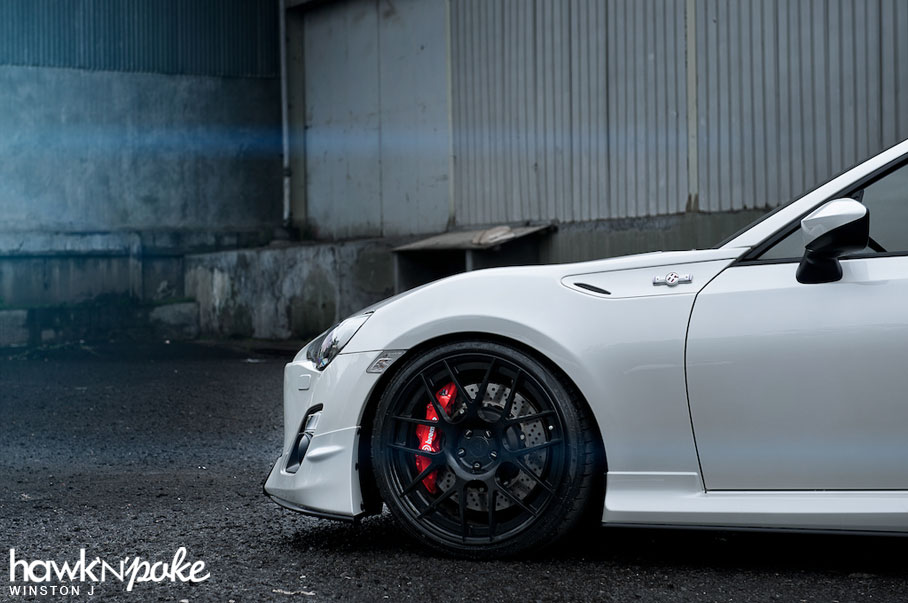 The car that Mr Tada came up with, the GT86, has won the hearts of every single automotive journalist in the planet. Even infamous-commenter Jeremy Clarkson agreed that the car deserved its title as Top Gear magazine Car of the Year. To have that kind of approval coming off a guy whose head is 99% filled with horsepower figures, is truly something monumental. 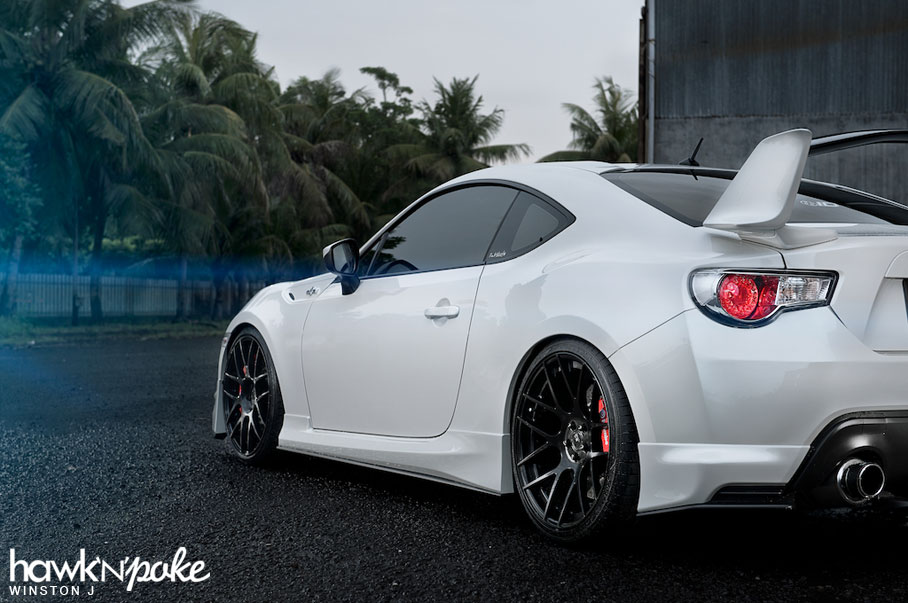 Enough with the starry GT86 folklores, I’ll continue on with this Indonesian owned GT86. Toni is his name and this is his Toyota GT86 that’s been built inside out. Literally. The built started from the engine stuffs and now gradually moving to exterior parts. 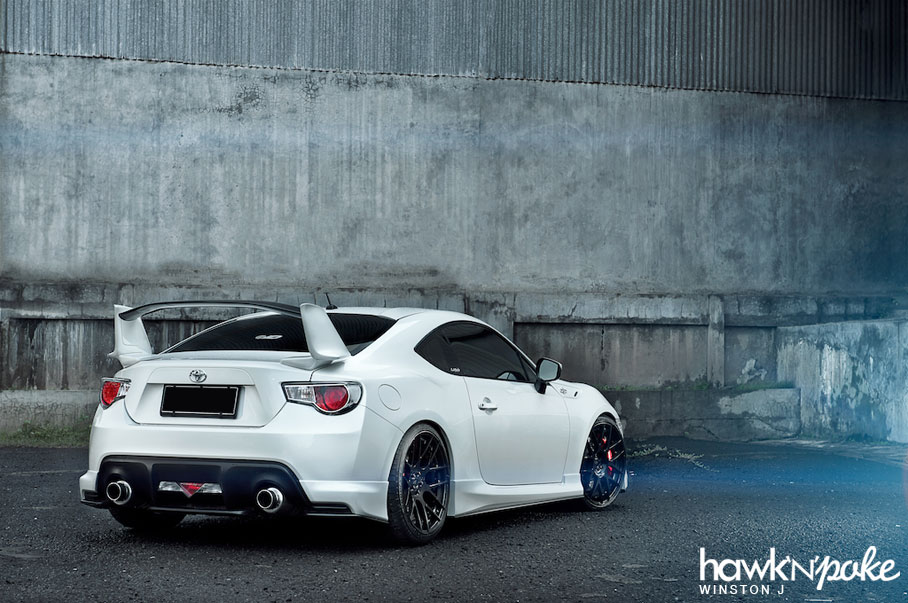 Off the factory floor, the GT86 has been equipped with a unique balance of 200HP boxer engine and narrow tires. Such rev happy internals, coupled with non sticky tires allowed the GT86 to be powerslided very easily. A larger engine would’ve ruined the slides, while wider tires would’ve ruined the fun. Mr Tada has hit the bull’s eye of the affordable-and-fun sports car equation. 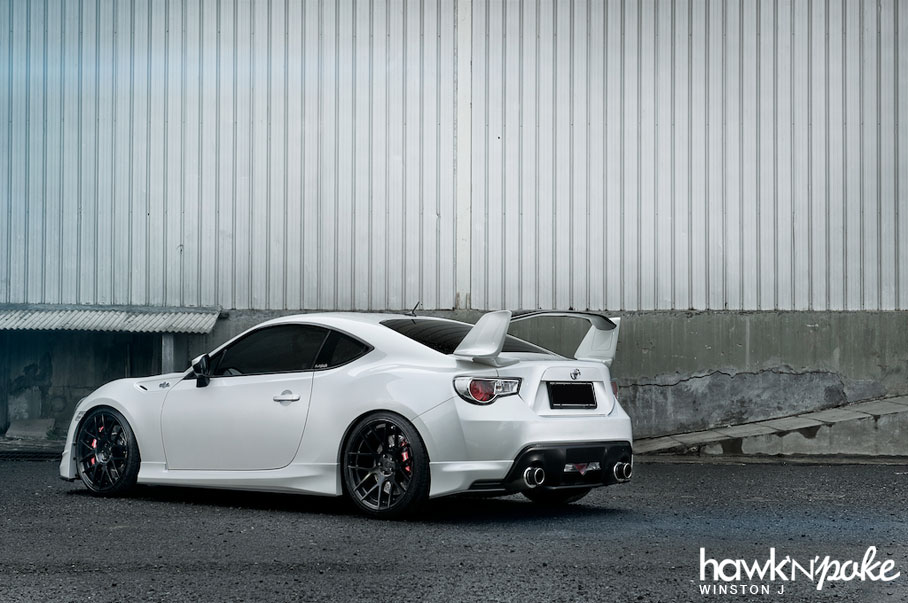 Amazed by the worldwide blazing reviews of the GT86, Toni quickly placed his hands on a white GT86 as soon as they started being introduced in Indonesia. Not content with the 200HP figure, Toni has planned for a supercharger kit installation for the boxer engine as soon as it’s available. However, while waiting for the Japanese tuners to arrive to tune the car, Toni settled for NA power for the time being. 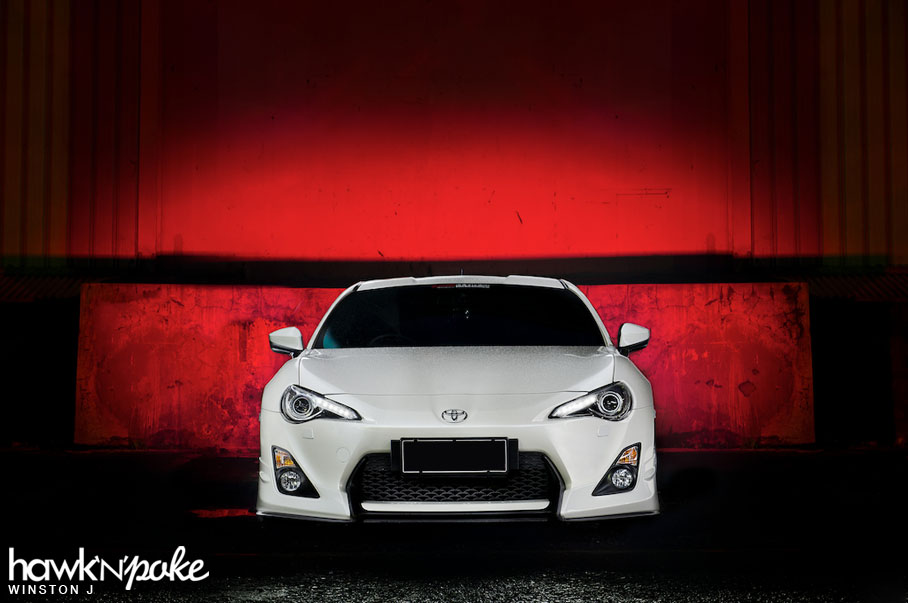 Preparing the car for its supercharger implant, Toni has installed a wide array of performance and handling enhancing modifications. From HKS pipes to Cusco strut bars. The famous KW Suspensions V3+ coilover system has also been installed to ensure the car’s ability in coping up with its larger horsepower output in the future. 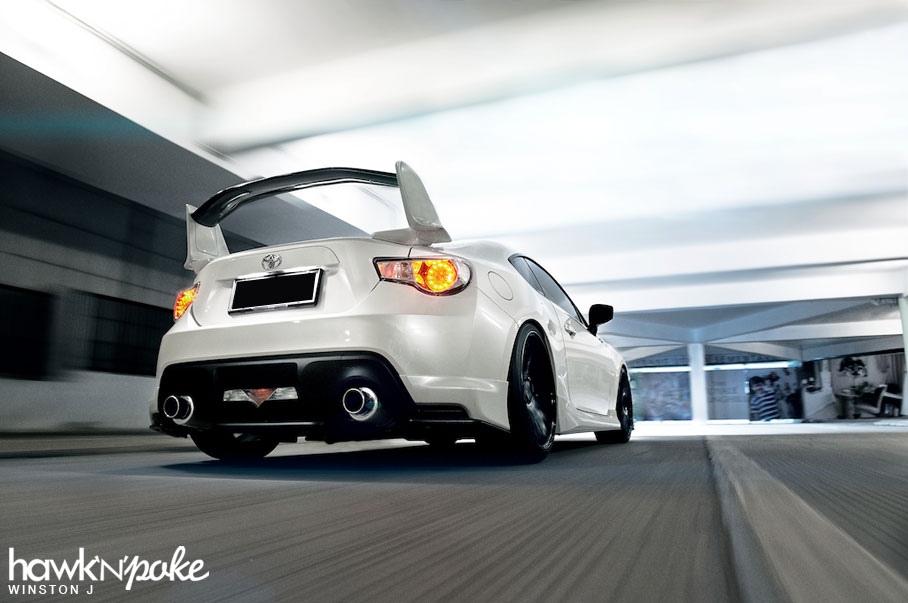 A set of 6-pot and 4-pot Brembo brakes are peeking out of the aggressive BC Forged wheels. Coupled with the sporty Toyota aerobodykit, the car’s looking much meaner than its stock counterparts. Goodbye Prius tires, hello to wider, stickier track grippers. 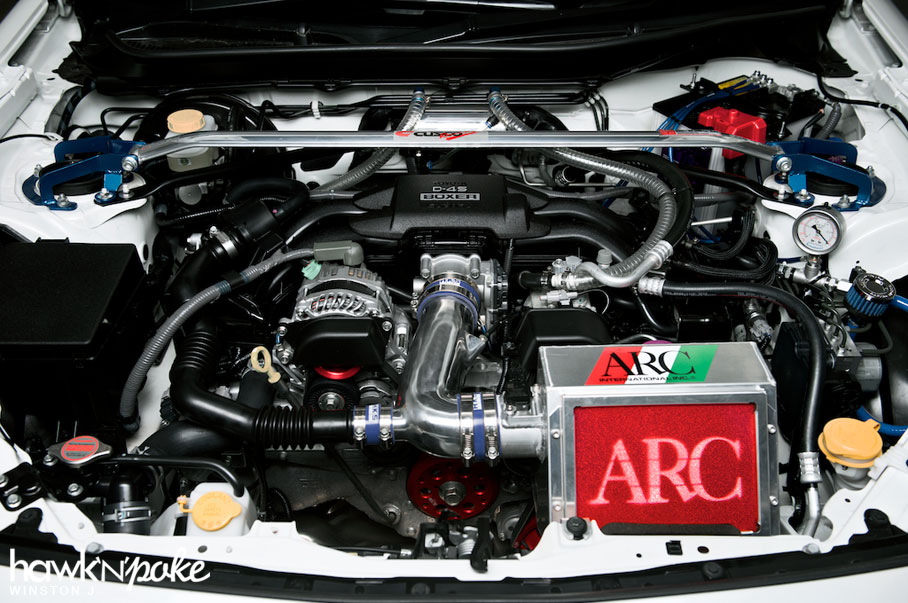 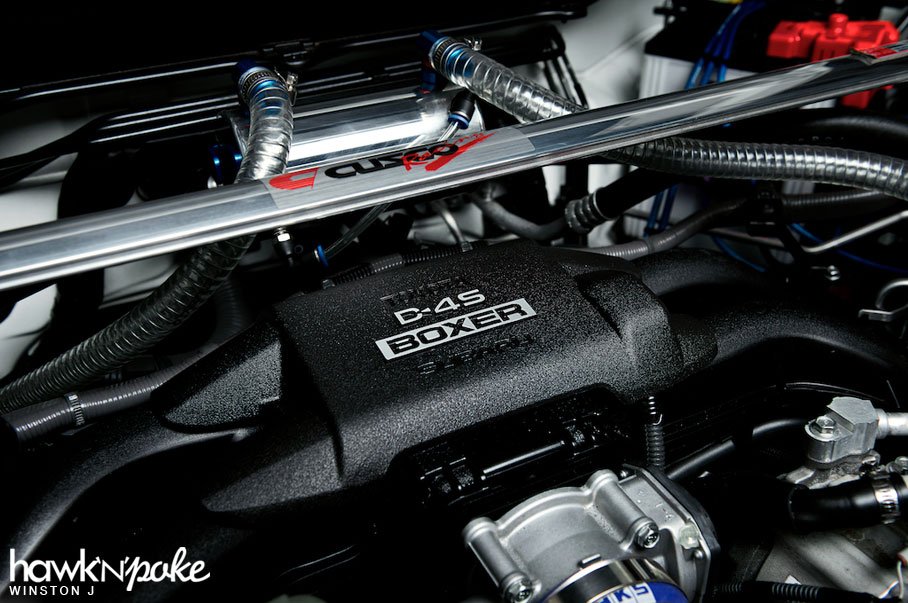 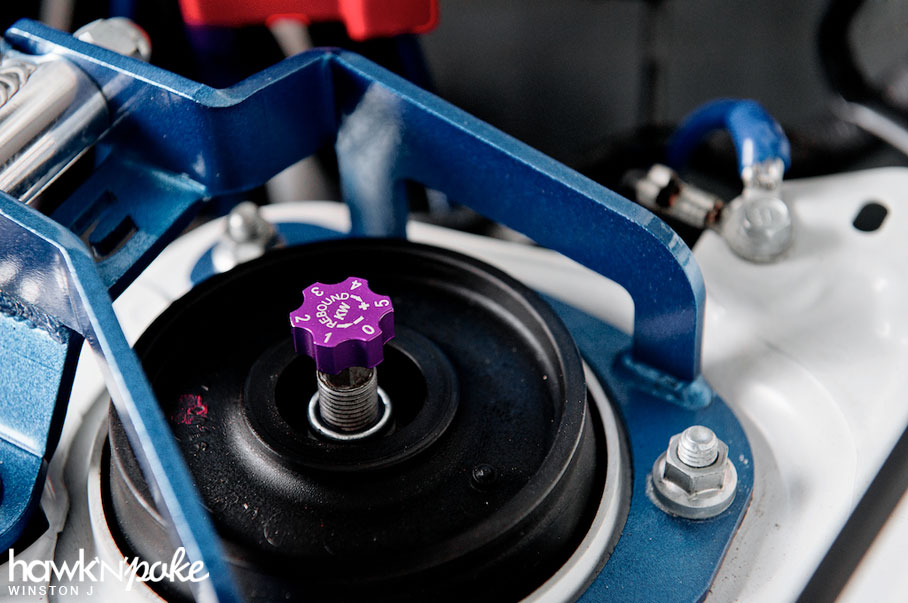 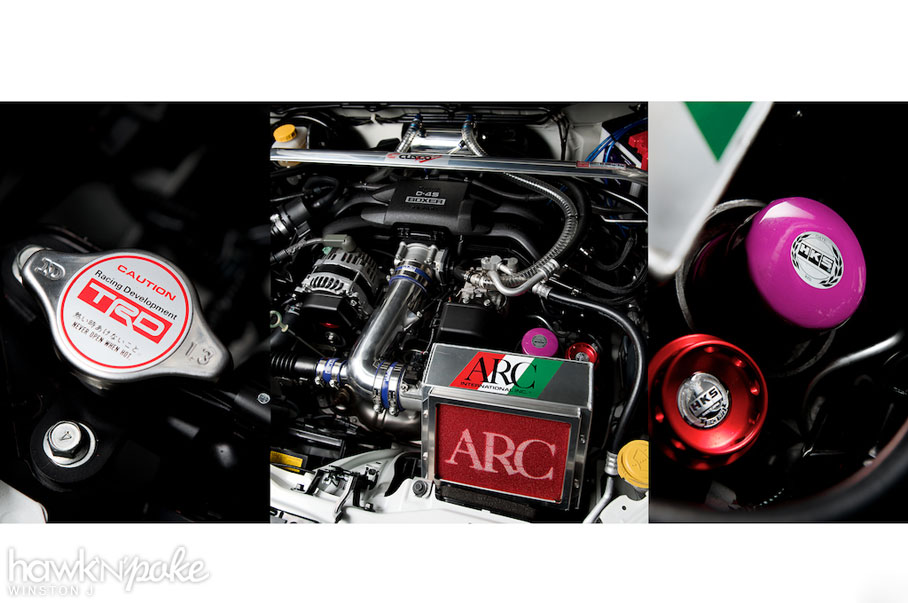 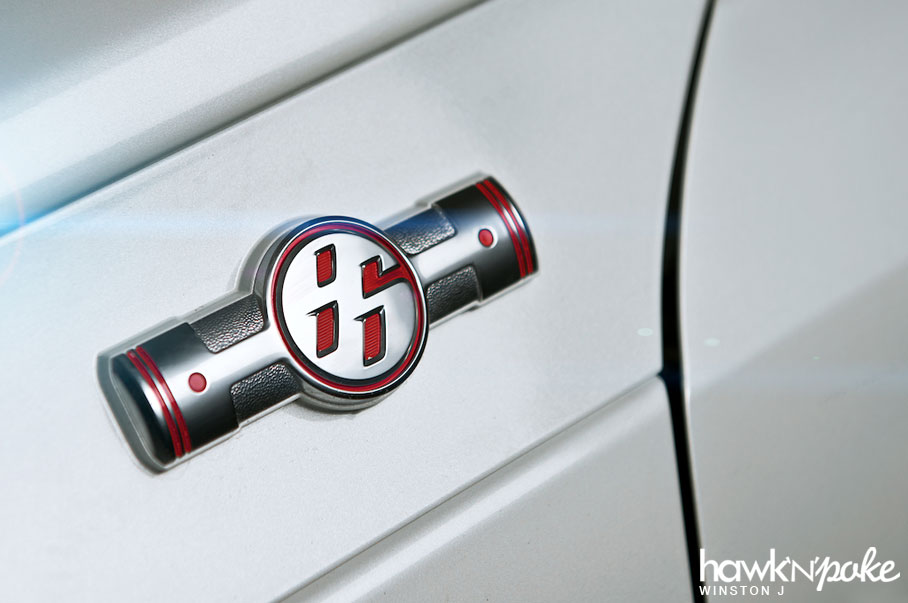 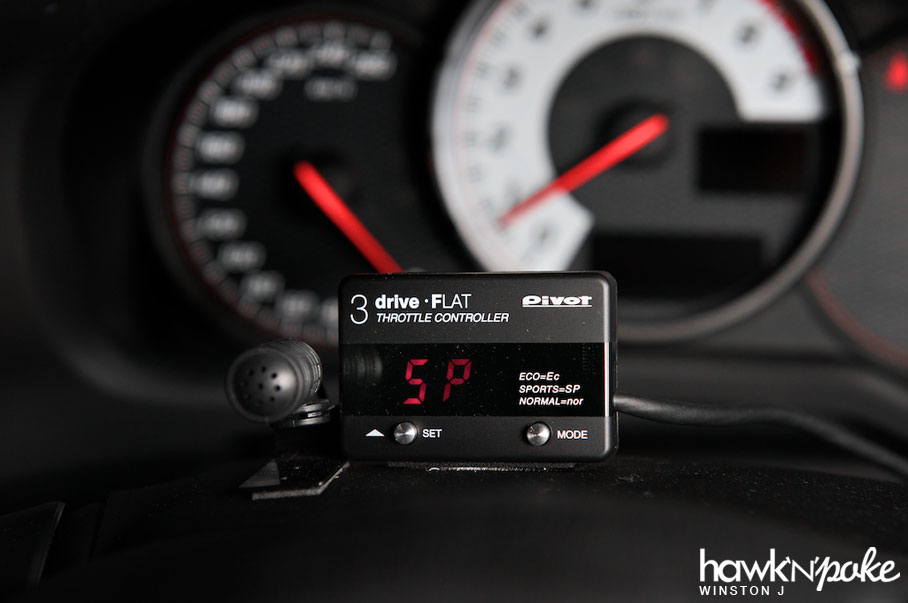 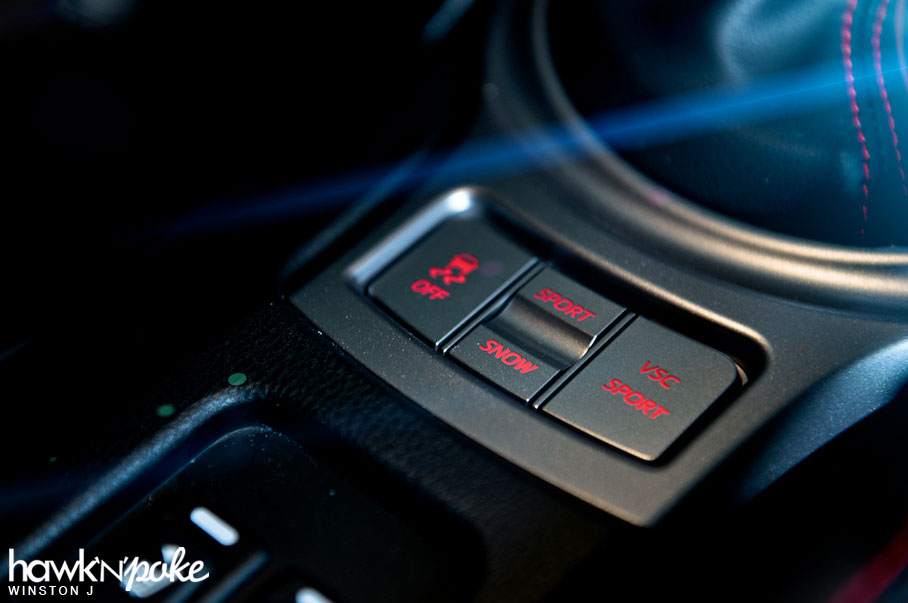 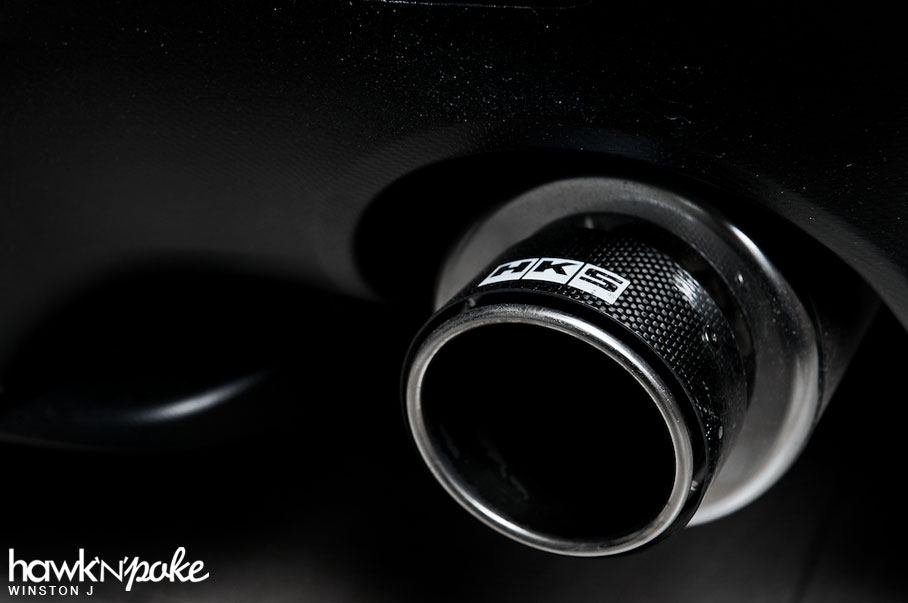