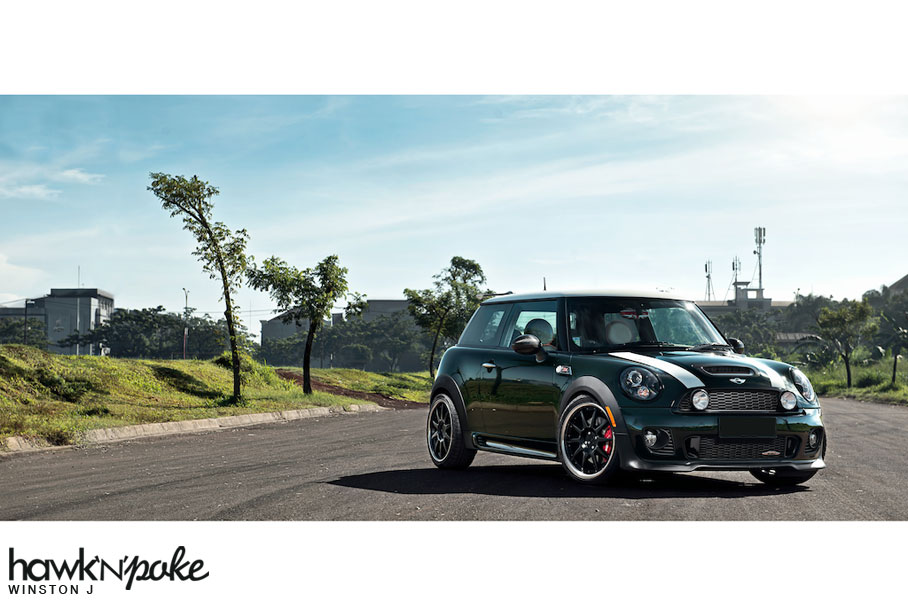 Most of you must’ve heard of John Cooper Works as one of the costliest and most lavish trims available for a MINI. These cars have upgraded engines and refined exterior options. In a way, they are beefed-up MINI’s in a racing outfit. John Cooper was the name of the JCW Company’s founder. He was a British racing legend and the revolutionary designer of rear-engined race cars, at a time when most race cars were front-engined. You see, this MINI we’re posting today, is not the standard JCW MINI. It is the Championship 50 edition. It is one of the 250-unit limited edition MINI’s that were made to celebrate the 50th anniversary of John Cooper F1 team’s first championship victory. This is number 204 out of 250 and it is located here in Indonesia. 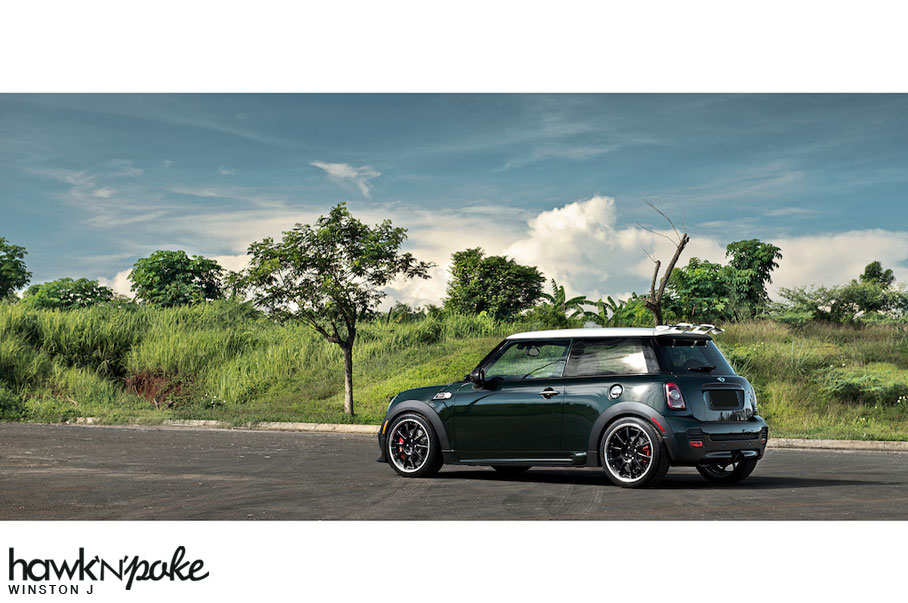 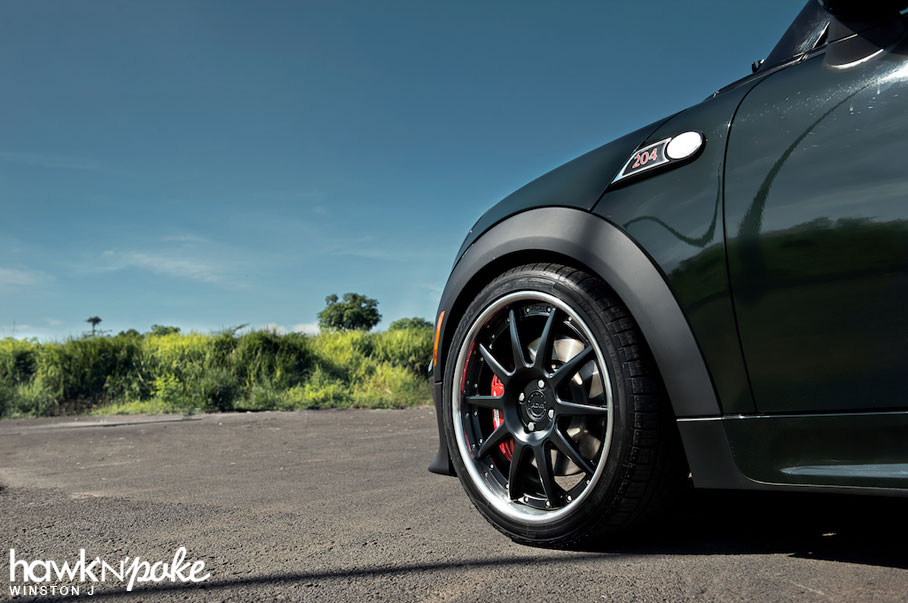 The Championship 50 MINI comes only in Connaught Green color, with black and carbon fiber trims that has successfully created the appealing racing contrast. A pair of Pepper White stripes runs through the hood of the car, along with a color matched roof. The whole package screams out British racing heritage. 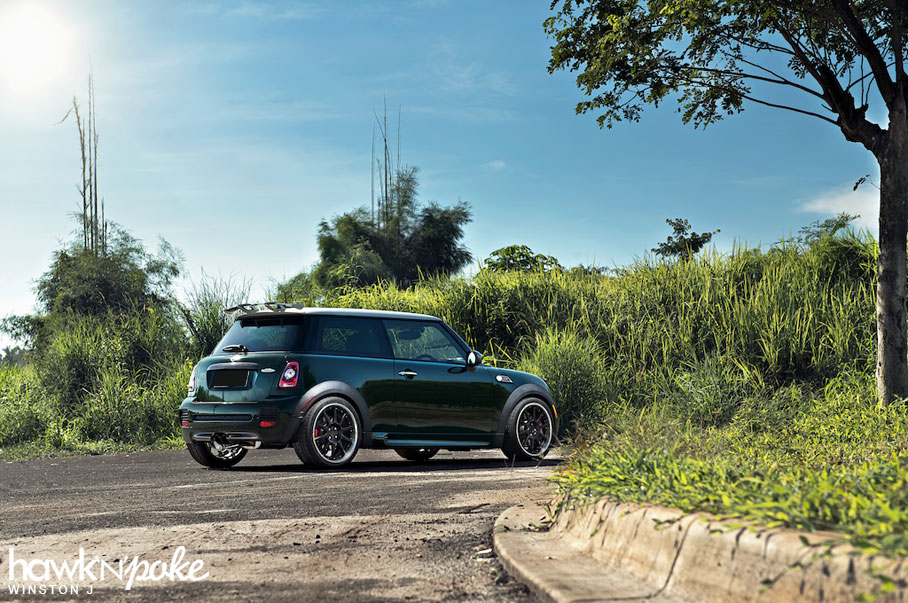 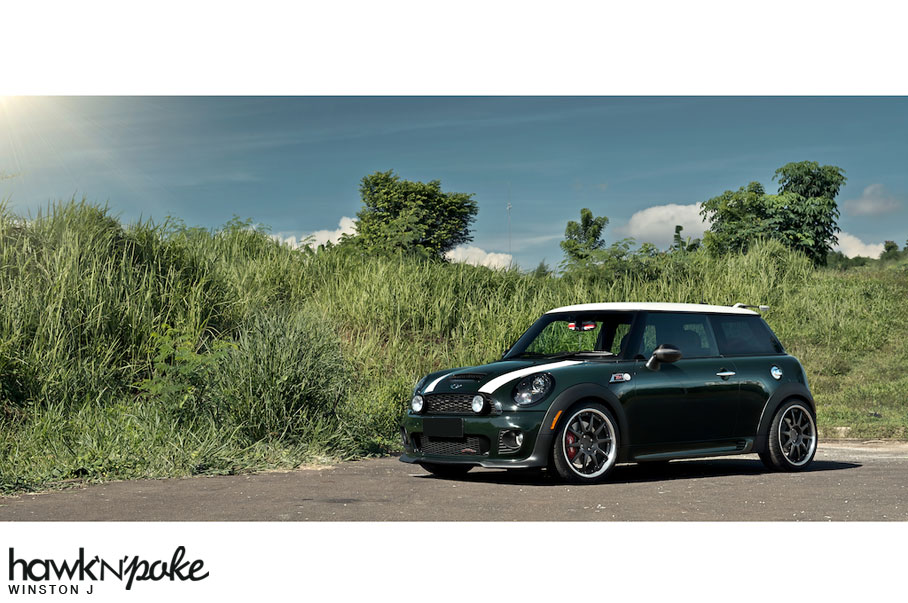 Despite the car being a limited edition, the owner has still managed to put it under his personal modification tastes. A set of 18″ ADV.1 wheels has replaced the “standard” OEM wheels, and a whole bunch of performance and handling upgrades were installed to intensify the driving pleasure. Amongst the most noticeable upgrades were the Macht tuning kit and valvetronic turboback, adding a 35HP bump to the engine output. Only a first-hand driving experience can describe the excitement of having around 250HP within such a small package. 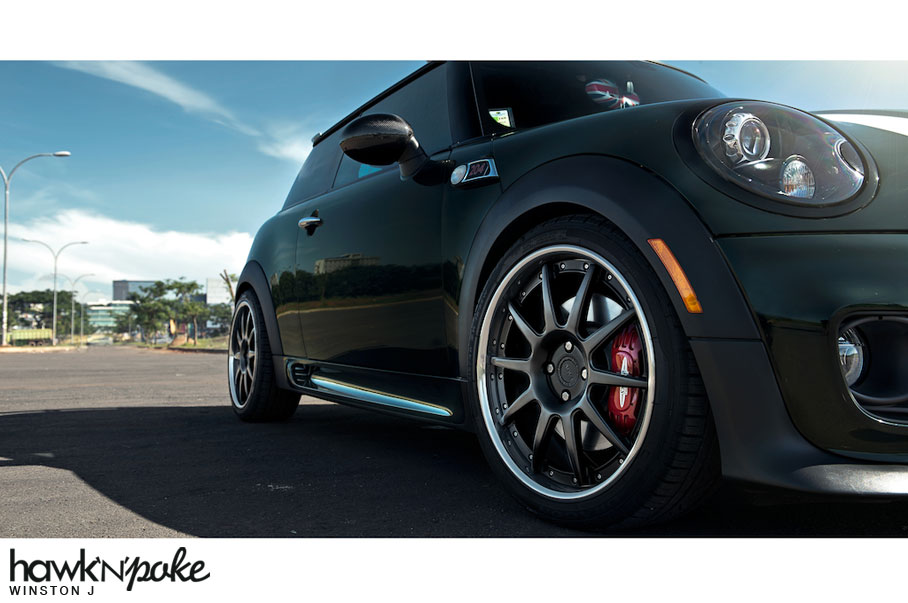 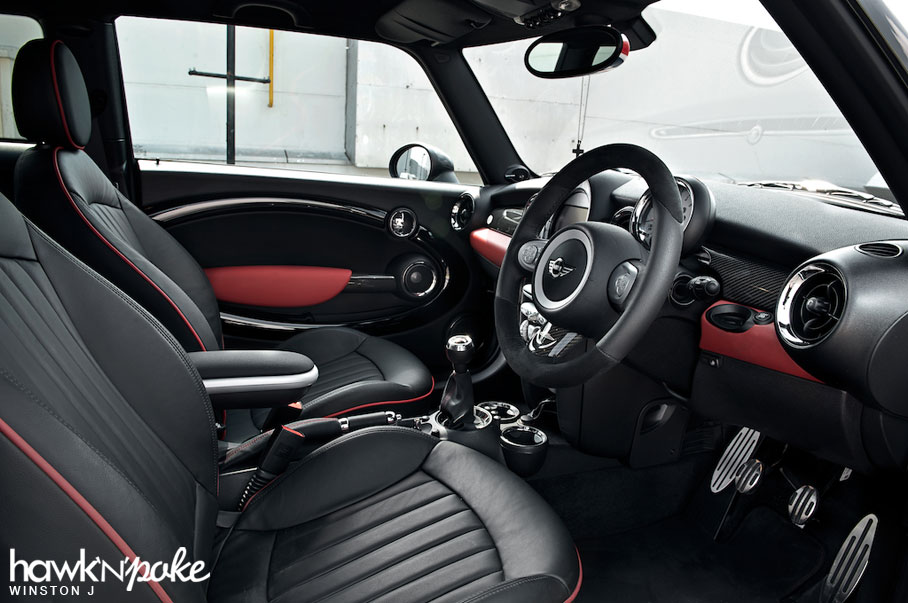 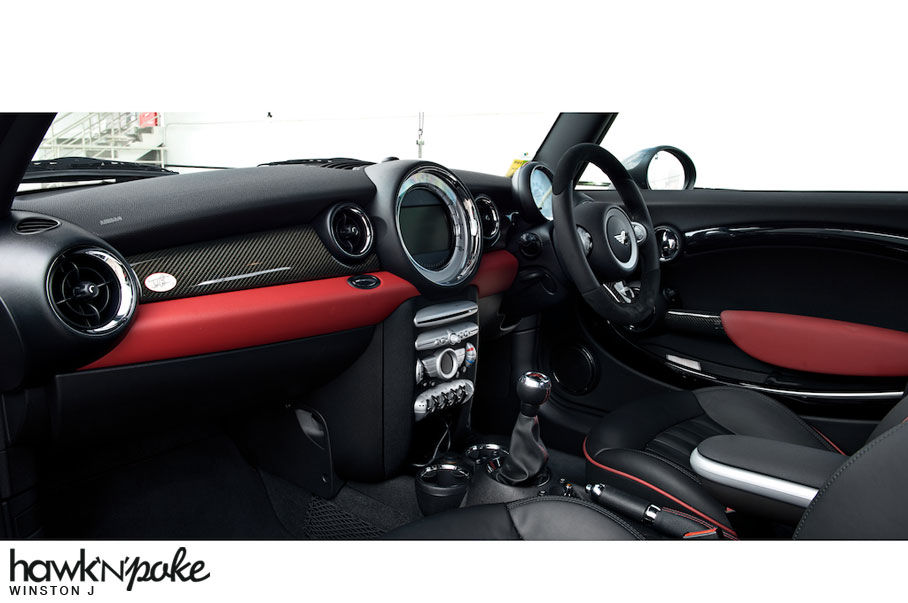 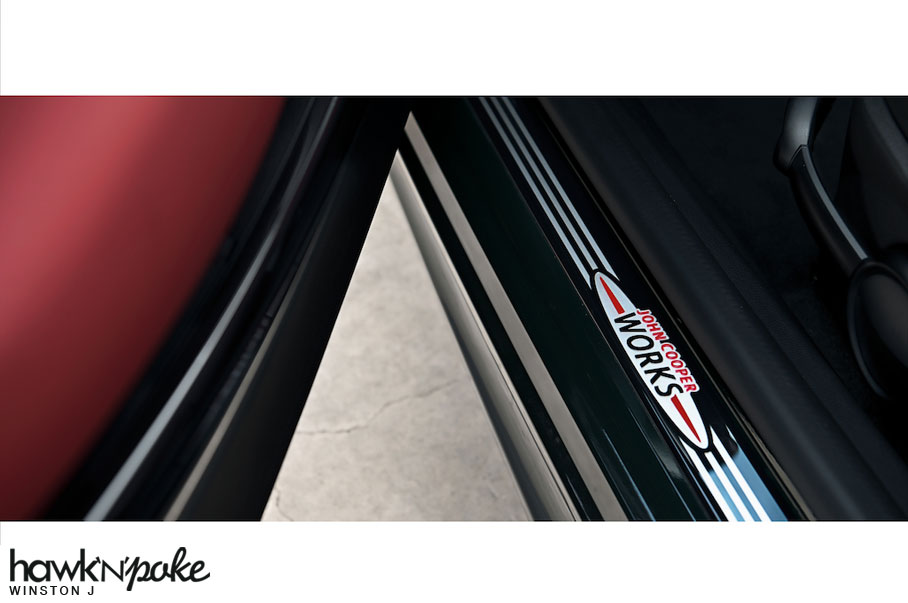 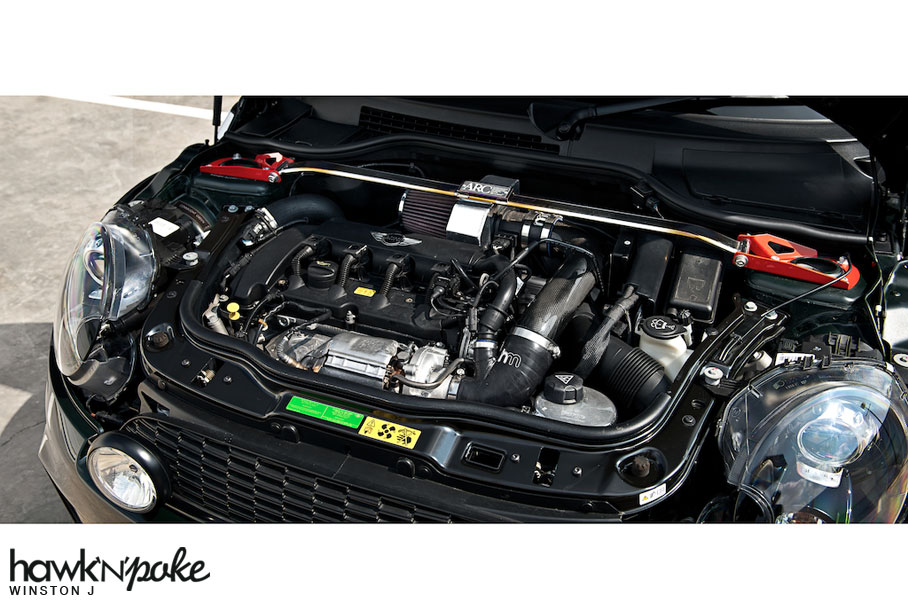 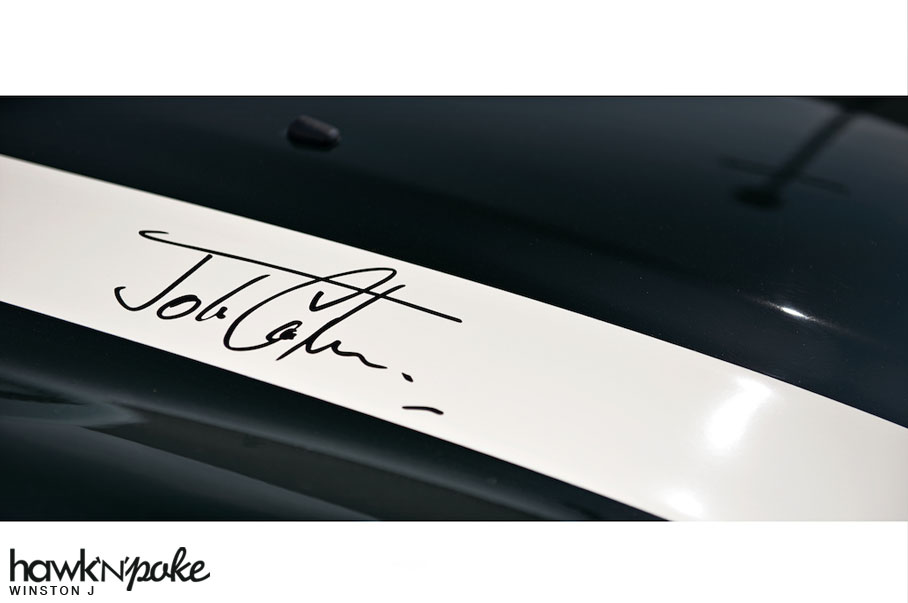