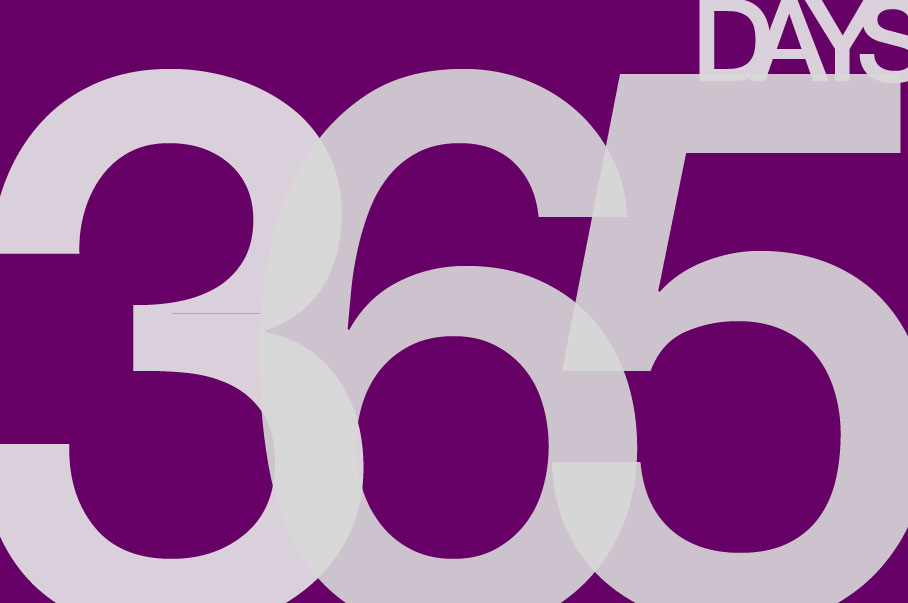 Last year, around this time of the month, one tiny waterdrop fell into the sea of Indonesian automotive journalism. Upon its initial drop, only a selected few noticed its presence. Plenty are those who’ve noticed it but never really put much hope in it. That waterdrop didn’t care, it kept on expanding at its own pace, believing that one day it will be the change that’s needed in the Indonesian automotive journalism. That tiny waterdrop was us, hawk’n’poke, and this is my journey as the founder through our 365 days story of enthusiasm, struggles and accomplishments. 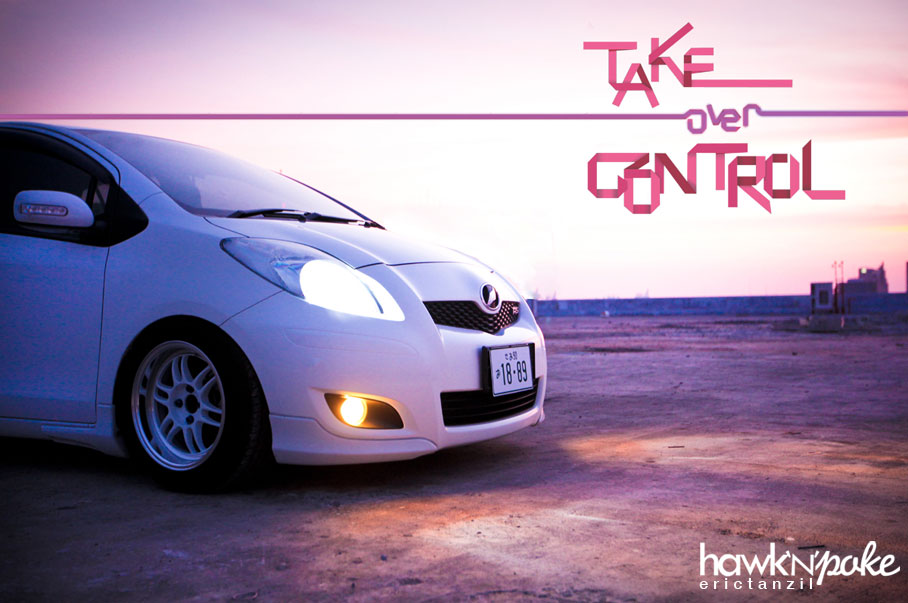 This nicely stanced Yaris was one of our first featured cars.

The Why
Despite my bachelor degree in marketing, I spent most of my spare time dealing with Photoshop, web creations and a whole bunch of other Adobe prouducts. I didn’t take any courses on them whatsoever; I simply did one online tutorial after the other. These things intrigued me, they allow me to put ideas into tangible, displayable forms. My interest in these digital creations came second only after my upmost passion: cars. That’s why, combining these two major interests, I finally decided to launch the site hawknpoke.com. The main concept in creating hawk’n’poke is for it to act as a curated gallery of Indonesia’s most properly modified rides. By ‘proper’ I mean clean builds, original parts, and neat overall package. I wanted hawk’n’poke to represent Indonesia to the world; to show them what we have and to have much pride in Indonesian automotive scene. This is why all cars featured at hawk’n’poke are strictly owned by Indonesians or located in Indonesia, and we take quality of builds quite seriously. Funny thing is, I have seen quite a few people having a hard time believing that these cars are Indonesian. Perhaps because of the covered up license plates, which are actually done for privacy purposes.

I’ve seen far too many ‘crappy-ly’ modified Indonesian rides being shown off on local magazines and other publications. I don’t really think that these are the stuffs you will want to show off to the world. They would simply laugh and ridicule them. I truly believe that there are still plenty of Indonesians who need to ‘re-learn’ the art of modification. Some profit oriented media simply isn’t good enough to educate them on this matter. That’s why I’ve also intended hawk’n’poke to be the benchmark to which people can gather automotive modification ideas. 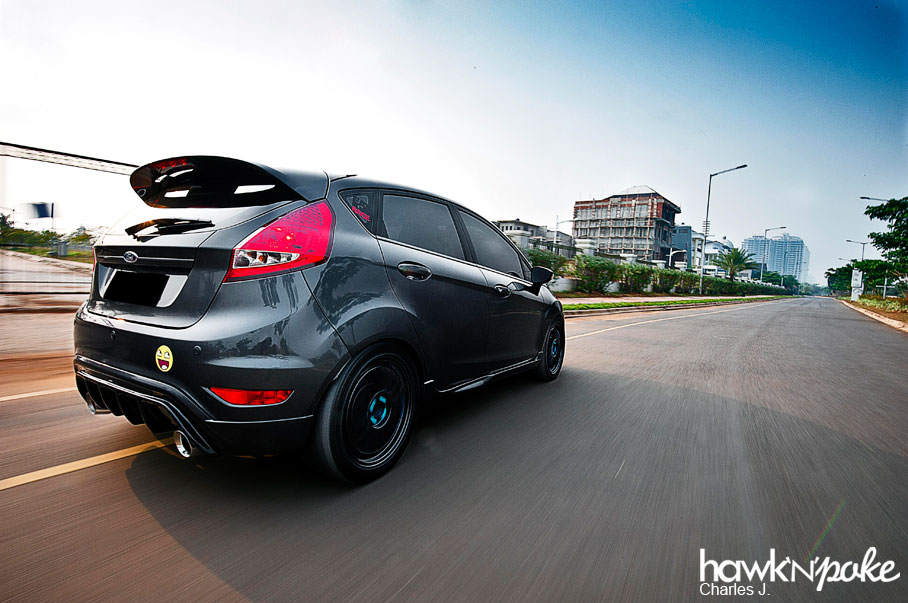 Charles’s personal ride which we featured last year. Might be the only Indonesian Fiesta with Milltek exhaust. It has now been sold and Charles moved on to a Fortuner to accomodate his photography rigs and equipment.

The Team
Prior to launching the site, I knew I wouldn’t be able to manage the site all by myself. That was the time I started looking for like-minded individuals for helping in doing the photoshoots and writing articles. A few of my close friends (Darmawan/Cunz and Felisiani) agreed to help in maintaining hawknpoke.com while I continued my search for photographers and feature-worthy cars. Quite a lot of car owners and photographers I have contacted, some never replied my emails; they didn’t believe in the idea. Only a few of then-hobbyist photographers promptly responded; and, boy, were they very interested in the idea! Mex, Charles and Eric were three of the ‘initial’ photographers. They were there for hawk’n’poke since the beginning and I would like to express my largest gratitude to them. I’m sure by this time they must have been very proud of the decision they made. Following this initial batch of photographers, there were other casual photographers from locations throughout Indonesia. 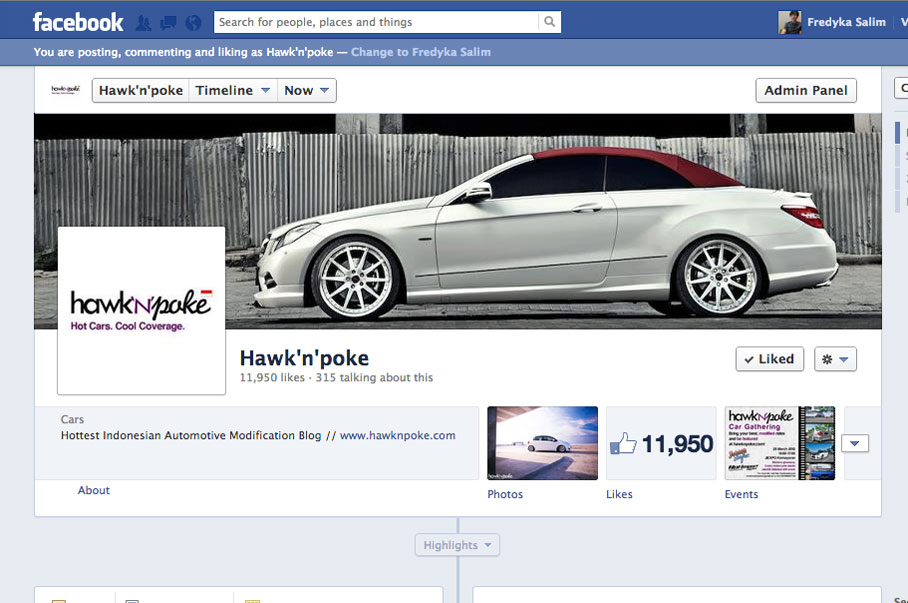 The Impact
Making an impact to the internet through a start-up website was far from easy. I used to spend a lot on advertising just to keep the visitors coming in, while others in the team were busy preparing weekly schedule of feature cars to be posted. Building a Facebook page, Twitter account, and Instagram account were all part of our efforts in making a larger impact on the automotive scene. With all these accounts updated daily in our 365 days of operation, we finally managed not only to cause a stir in the Indonesian online automotive world, but also to the global scene. Wheel manufacturers have been frequently observing our site for our most recent photoshoots of cars wearing their wheels. HRE, Work, Wald, Morr are only some of those who have posted our photoshoots on their official sites/galleries.

Another interesting fact is that our regular visitors do not only come from Indonesia either. Second most popular country of origin is the United States, followed by Australia. Looking at this fact, I then decided to simply write hawk’n’poke articles in English; no more bilingual articles. This way hawk’n’poke could have a larger global impact. 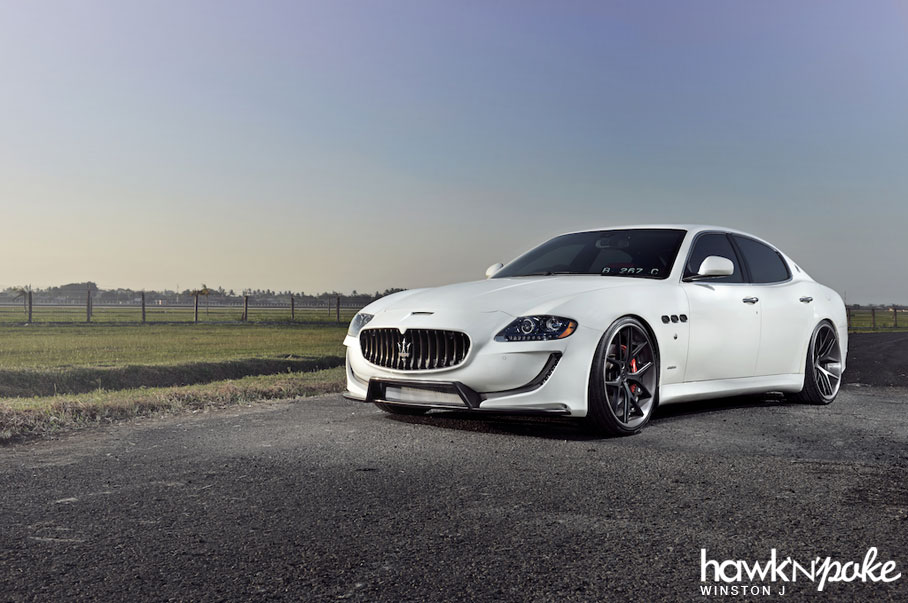 The Fairy Design Quattroporte is one of my personal favorite featured cars (link →).

The Cars
When we first started, the team (photographers) used to post a lot of the files they could already find sitting in their hard drive. It was the past photo shoots that has never really been posted on such blogs. The first car we posted, the Fiesta (link →) was even Charles J’s personal ride at that time. The first several cars we posted were small city cars like the Fiesta and Mazda 2, but now we have been dealing with a larger variety of cars including Maserati, Rolls Royce, plenty of BMWs and Mercs. There’s also an R8 coming up! Oops I didn’t just say that. Actually some readers complained about us having too many European cars these days. I apologize for that, and I promise I’ll always keep in mind to post varied modification styles. 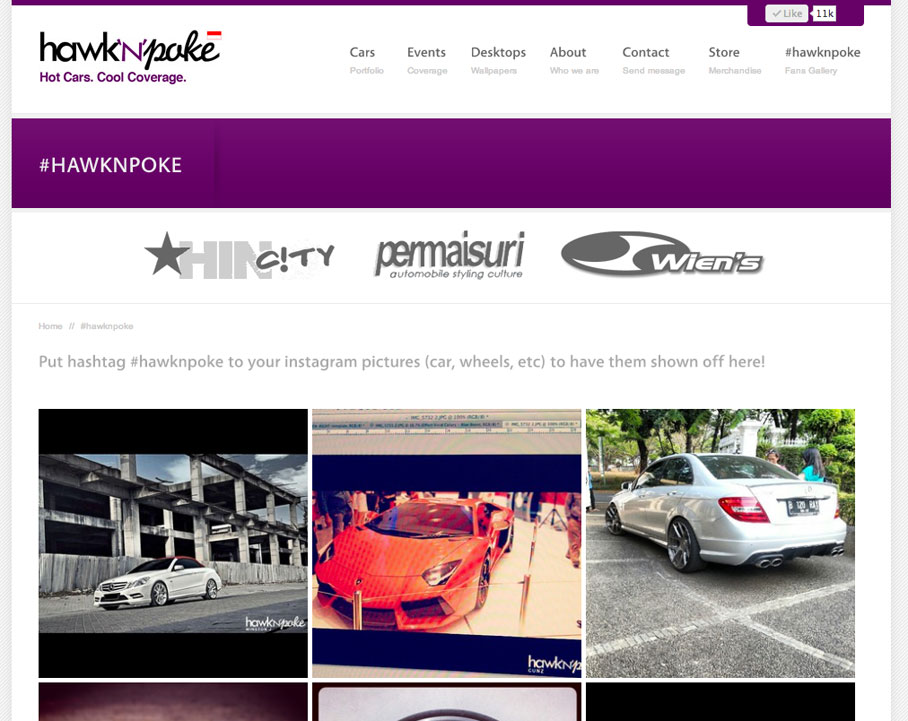 The Expansion
In an effort to further expand our presence, we initiated the idea of hashtag #hawknpoke. Instagram users can tag their pictures with #hawknpoke and their posts will automatically be posted on our hashtag page. This was aimed to create a more interactive website; for us to better interact with our visitors, and also for visitors to interact with one another. Apart from this idea, we have also established our online store. Official stickers, shirts and keychains have been selling pretty well. 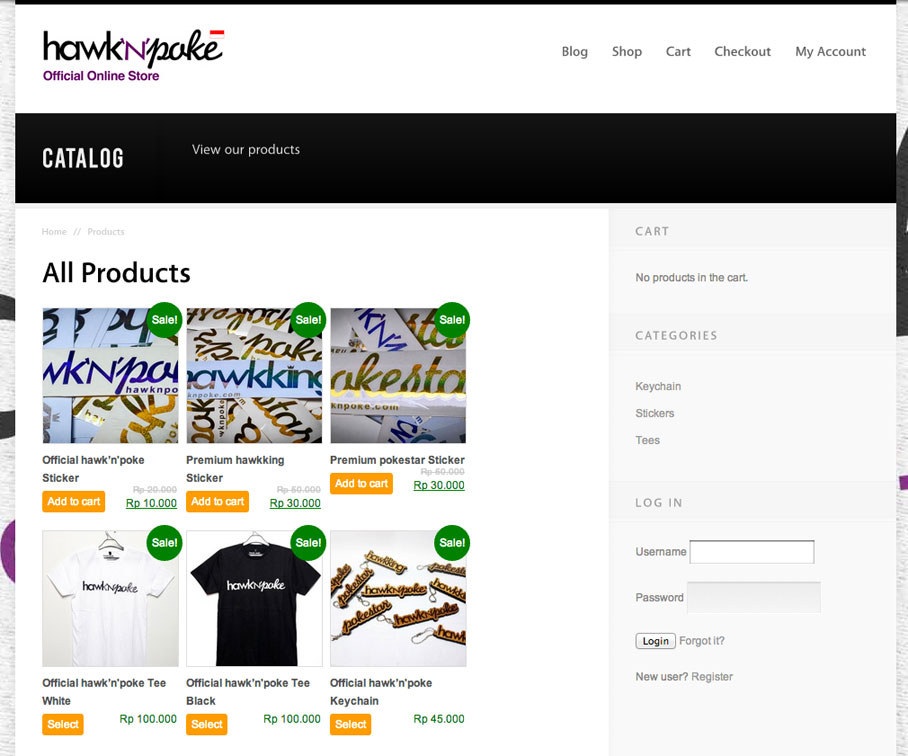 The Future
There are still plenty of room in which I really want hawk’n’poke to grow. 365 days might sound much, but I felt as if it was only yesterday. The team still frequently finds difficulties in gathering feature worthy cars, and we are also still aiming to create our own event in the future. By the way, if you remember correctly, our past event was done in collaboration with Jo from banana-auto.com. It was the Jakdrift Slidefest. We managed to gather around 200 modified cars to attend the drifting practice/championship event. We hope in the near future we can make an even more spectacular event to enlarge our splash in this Indonesian automotive scene; or even global scene if possible. Afterall, we are still the same tiny waterdrop that tried to expand our presence in the sea of Indonesian automotive journalism.