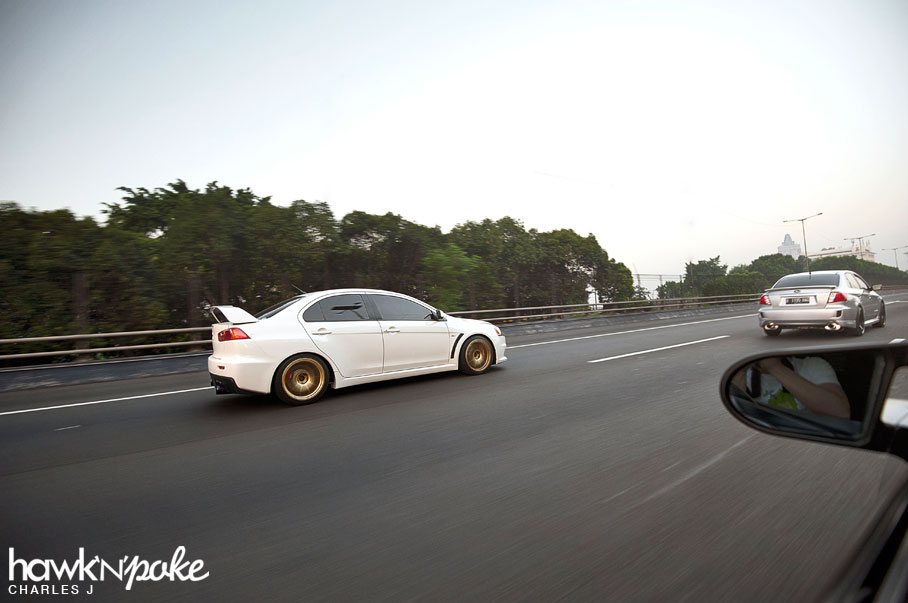 It’s been a while since the last time I posted articles on hawk’n’poke. What I’m posting today is an article about a group of friends who called themselves cruising addicts. There were no fancy wheels nor poking tires; they all meet for the pleasure of driving their cars on empty traffics. I was invited by one of them to come and to take some pictures. 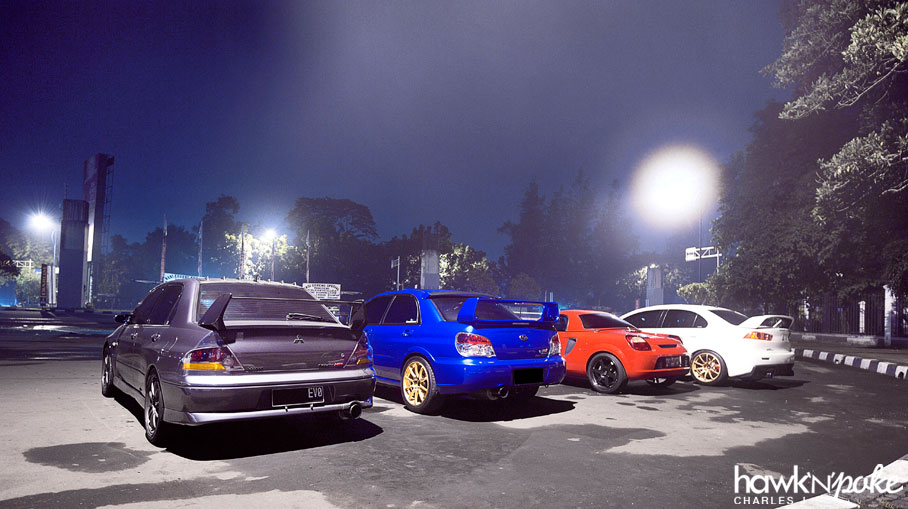 The cruising started early in the morning/dawn around 5AM, followed by a breakfast gathering around Senayan area. 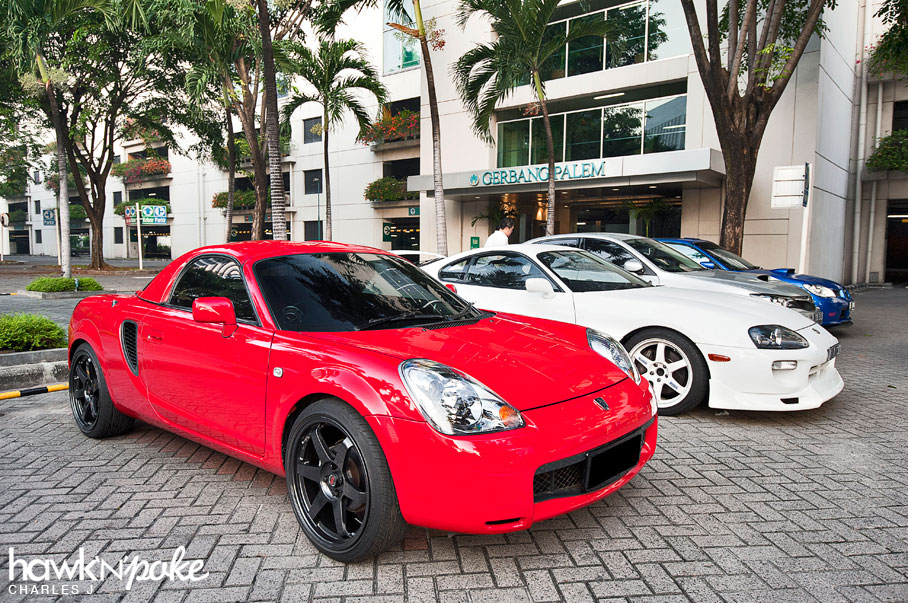 I heard that the Red MR-S has a turbo. 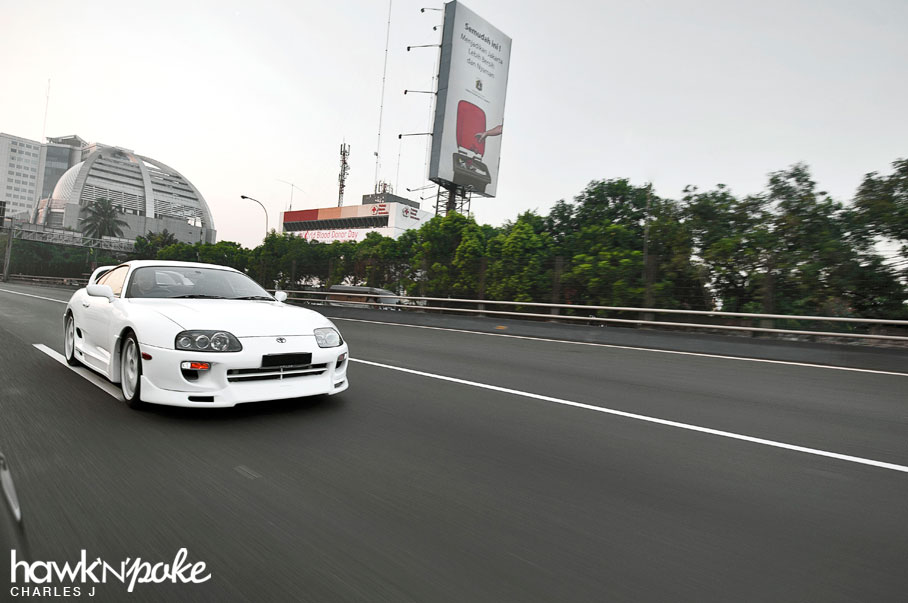 This Toyota Supra is no ordinary Supra, it was the 1997 Anniversary edition. What makes it different is its non-VVT-i engine, which is easier to mod/rebuild. The exteriors have been facelifted to the latest production version. 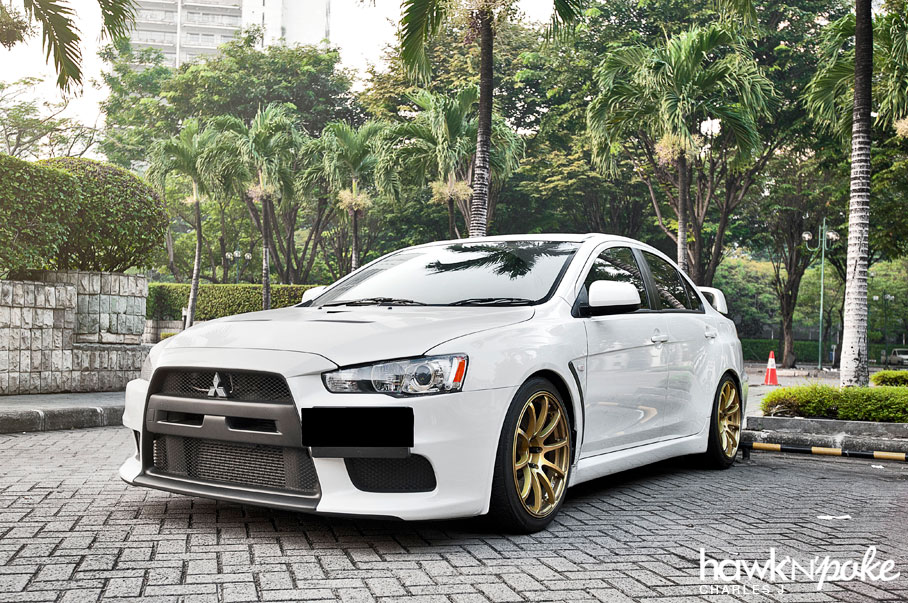 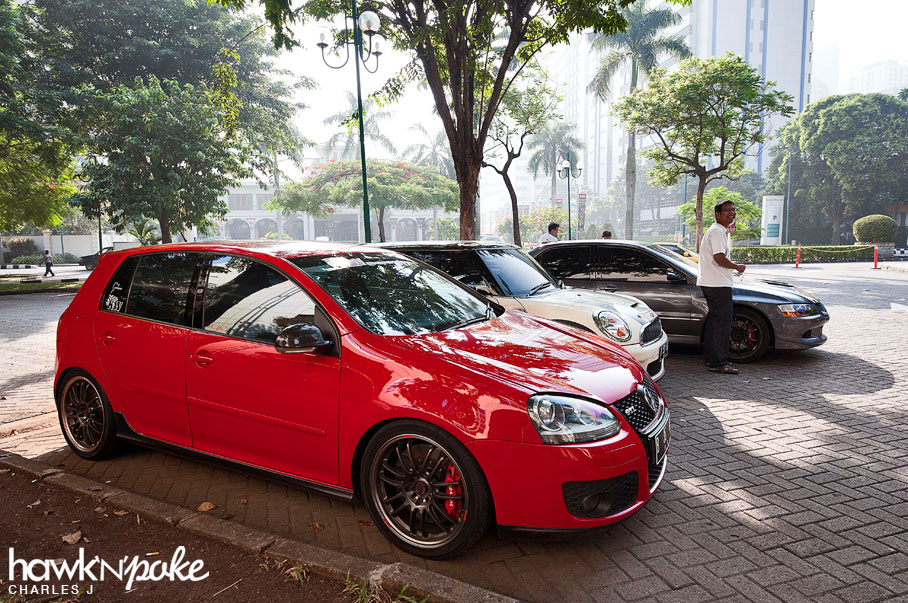 A fine red GTI MK5 sitting on the all new Volk Rays RE30 Clubsport, which is a refresh to the RE30 lineup. 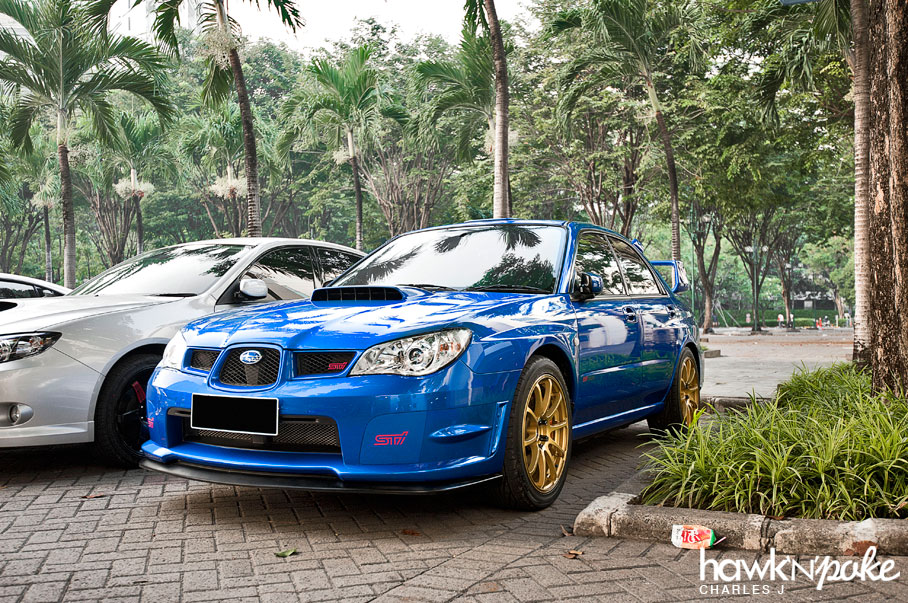 Subaru WRX STI Spec C here was one of my favorite cars for the day; it was so clean that it looked like brand new! 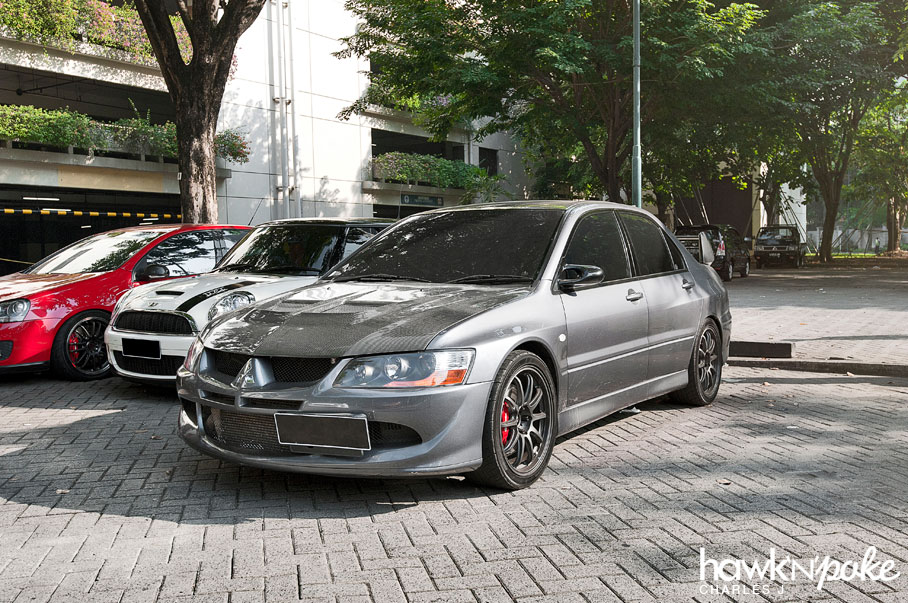 Evo VIII MR was the car that I’ve been riding shotgun on! It has Prodrive GC10 wheels, Aragosta Coilovers, and Varis CF hood. 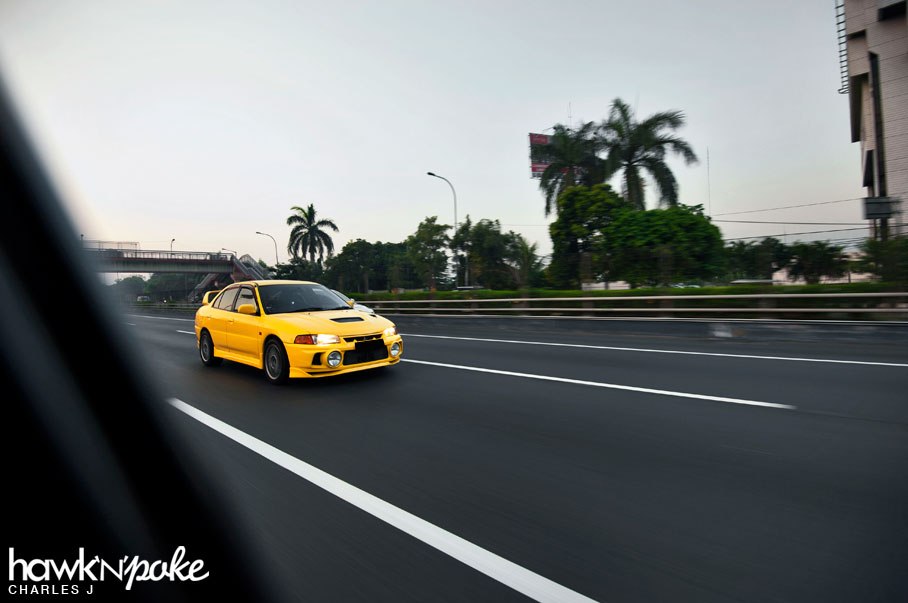 Yellow Lancer has undergone a total conversion to Evolution spec and it reaches a total output of around 400HP. 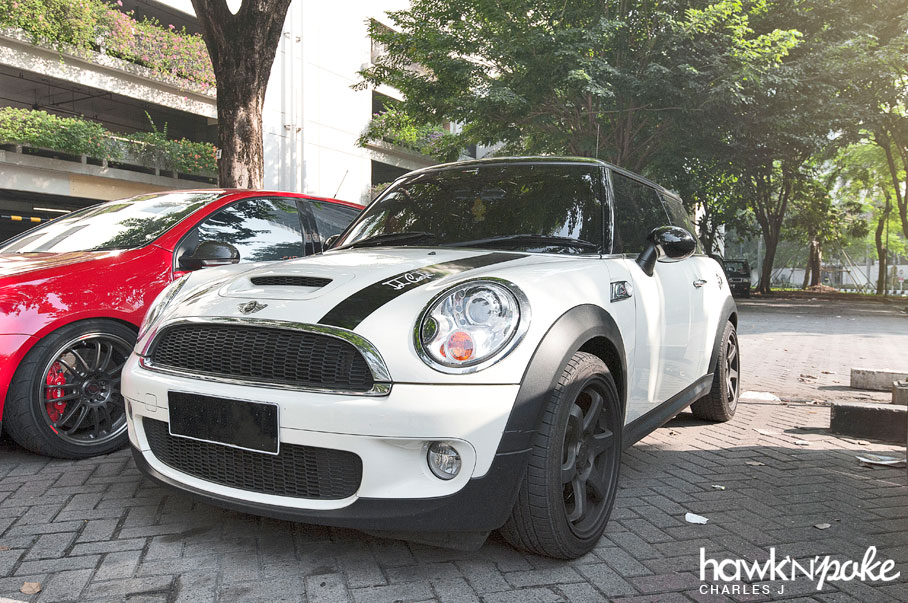 Last but not least was the Mini COOPER S equipped with G Games.
They held this cruising event at least once a month at max. The cruising event is by invitation only, but everyone is welcome to inquire and join as long as they can keep up and abide rules.