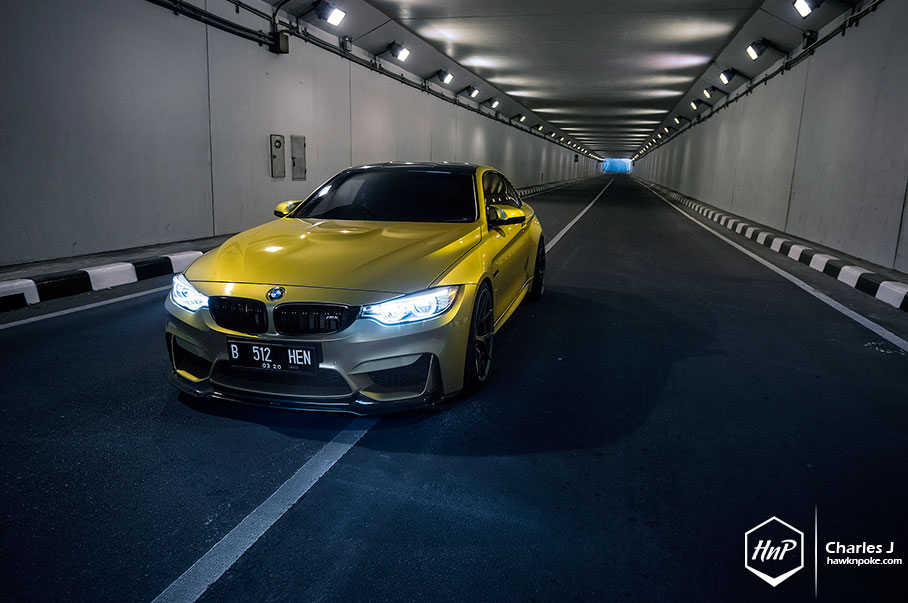 Henry Ford, the ‘father of automobiles’, once said, “If I had asked people what they wanted, they would’ve said faster horses.” Decades later, the father of iPhones, Steve Jobs, also repeated this idea in his own fashion: “people don’t know what they want until you show it to them.” In essence, these people shared the same idea about ‘visions of founders that surpass the needs/wants customers have ever expressed’. Their focus on invention, invention and invention have become the companies’ upmost values within their corporate cultures. It’s the one thing that has made good products remarkable and small companies profitable. In BMW’s terms, invention is the key to conquer the world with their Ultimate Driving Machines. 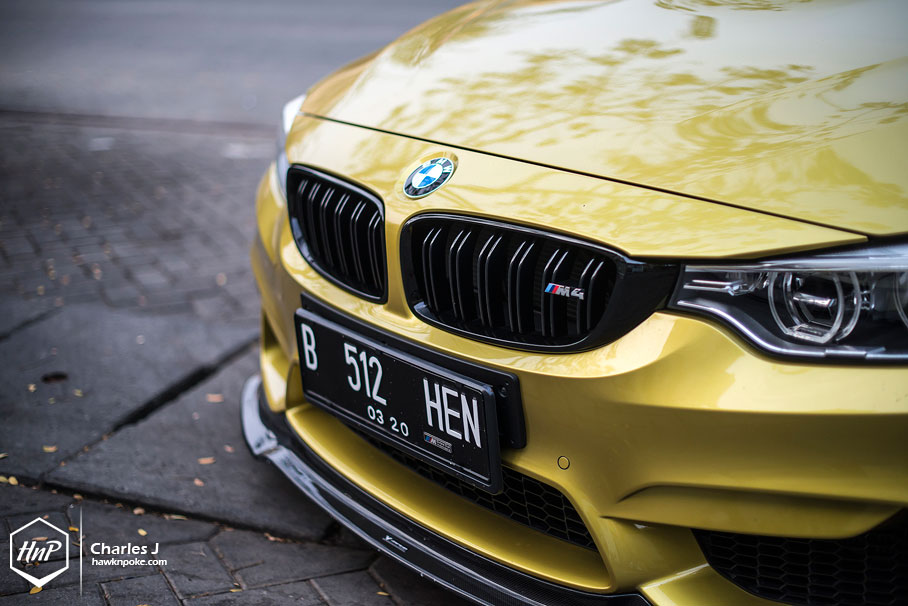 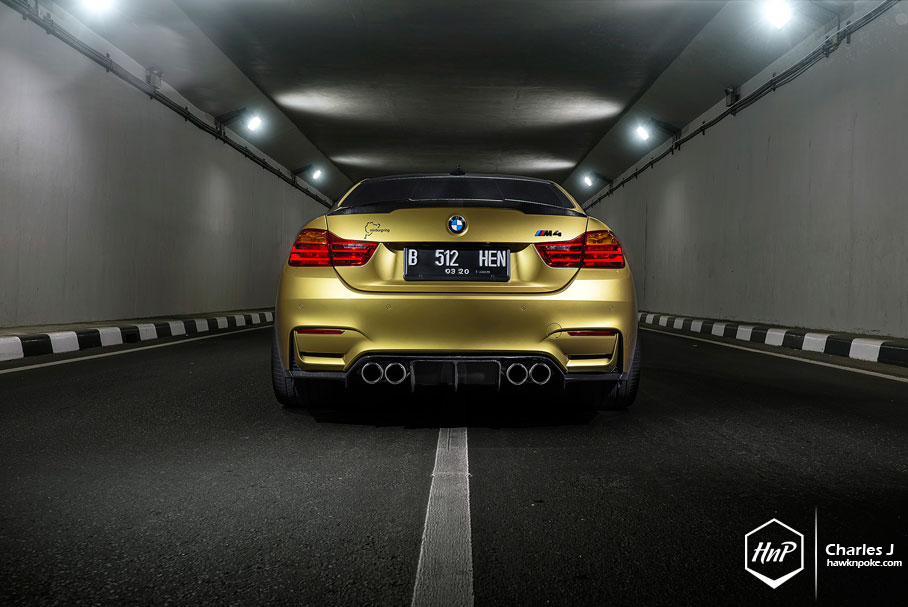 Ask any diehard car enthusiasts nowadays and they’d swear over the greatness of ‘more cylinders’ and ‘less electronics’ over ‘tiny engines’ and ‘over-aided driving experiences’. Gasoline is always better than Electric. V12 owns V10. V8 kicks I6 in the b***. Manual is more masculine than Automatic. And so on. Yet times are changing and car manufacturers are squeezing their engineering teams inside-out to prove that these people are wrong with their stereotypes. Tesla, for example, has successfully convinced the world into believing that Electric cars are finally here and worthy of their driveways. The Tesla S’s massive torque, instant acceleration and zero emissions proved that you too can rule quarter-miles while saving polar bears at the same time. For BMW, their goal through this latest M4 is to take the ‘V8 > I6’ myths into a bust. 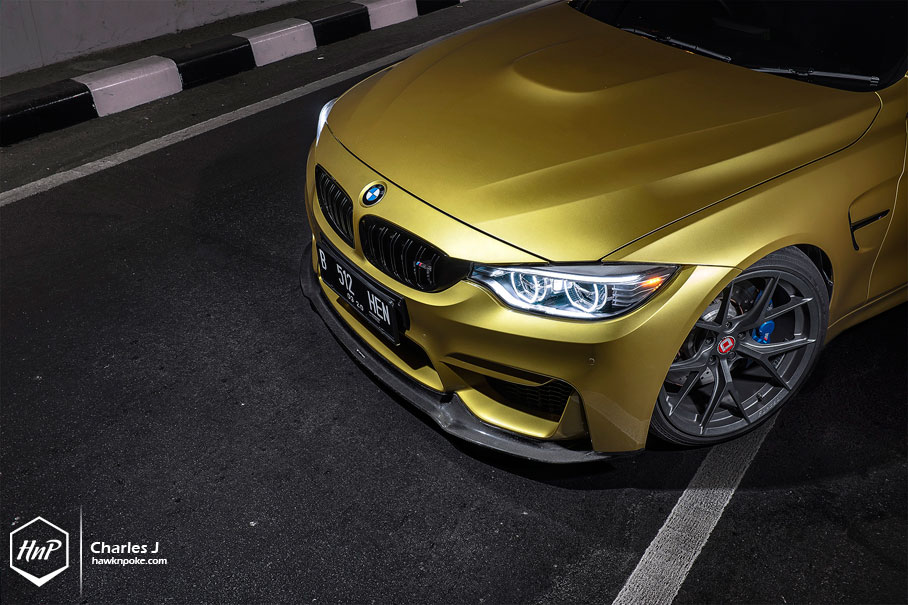 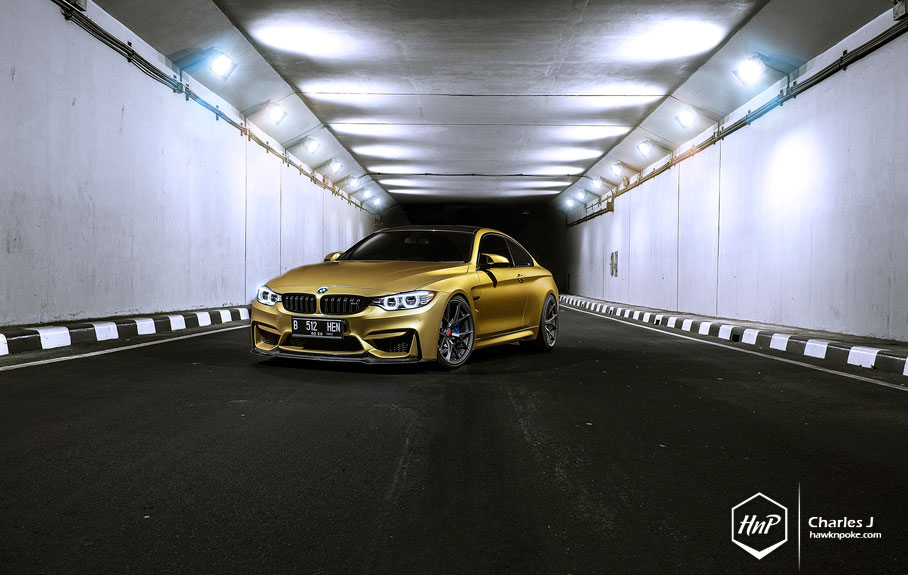 Yes, the M4 has ‘fake engine sounds’ pumped through its stereo. And the only way to take those out is by removing the fuses, which will unavoidably put your stereo system into limp mode at the same time. Yes, there are rumours that MI5 replaced M4’s engine noises in the movie with those of V8’s for a so-called ‘cinematic experience.’ And yes, the M4 has gained more electronics and driving assists than some owners would’ve ever preferred. But have all these things ruined BMW’s newest iteration of Ultimate Driving Machine? I don’t think so. 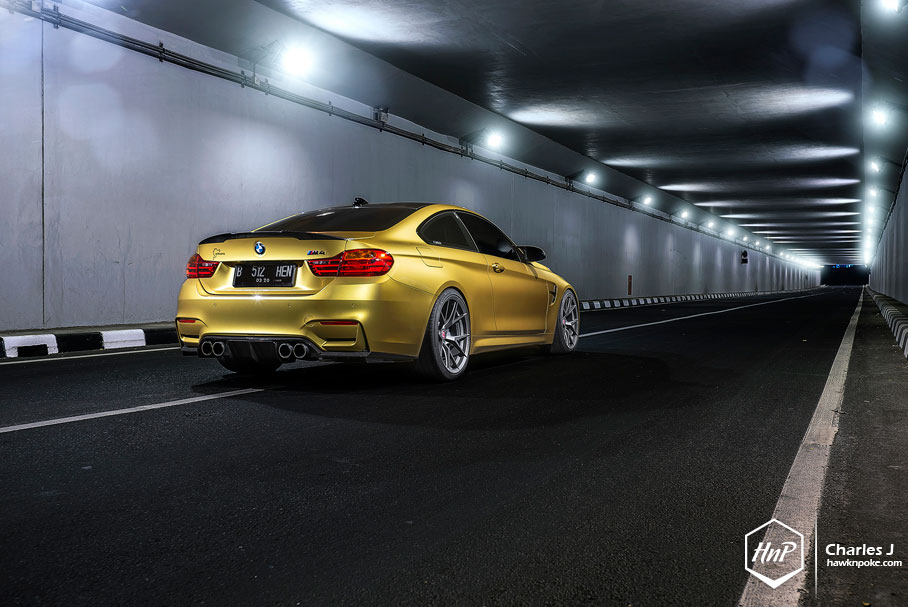 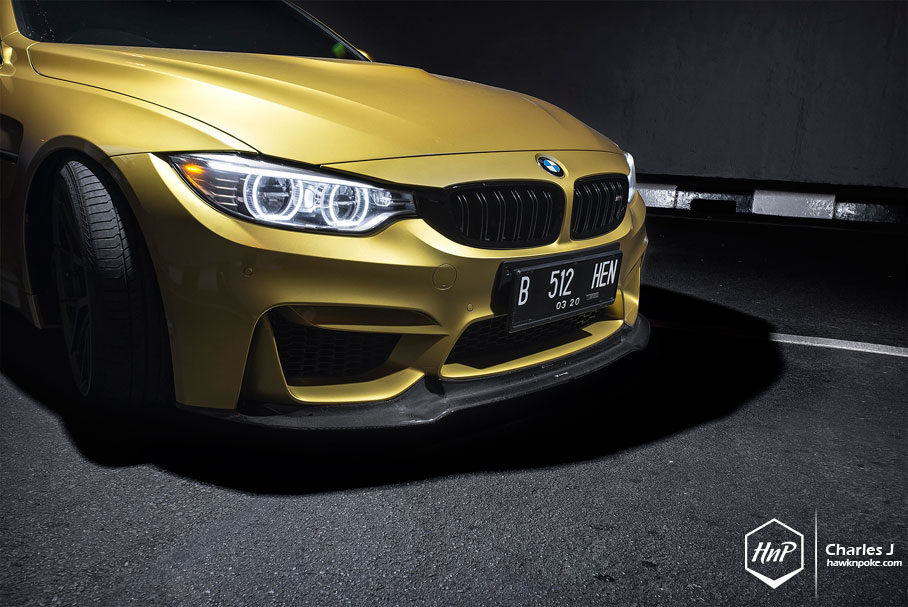 For the same reason that people are missing the ‘raw’ experience of riding a horse and the ‘physical keyboard’ typing experience on their smartphones, there are always things to miss about when moving onto newer technologies. Yes, the V8 from previous M3 was an undeniably remarkable hero on the battlefield, and yes there’ll never be a car that could match all of its traits at the same time. However, 2015 is definitely not the time for us to cherish the past, but to be prepared for the future instead. The same way that today’s cars are ending up with over 400HP as opposed to the 1HP ‘engine’ of horses, this new M4 is another incremental step towards the future’s self-sustainable, all-powerful Ultimate Driving Experience. Therefore, it won’t even be a surprise at all if the next generation M4 will be powered by batteries instead of gasolines. Old tech is always dying and new techs are the ones defining the future. It’s the one fact that we all cannot run away from. (There’s always going to be the more-expensive GTS/GT3/RS ‘raw’ versions of automobiles anyway right?) 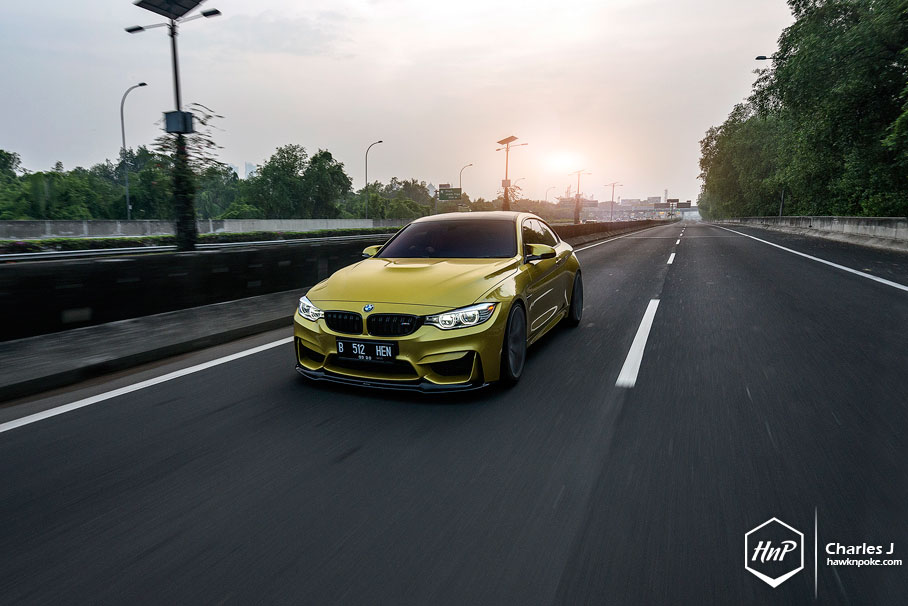 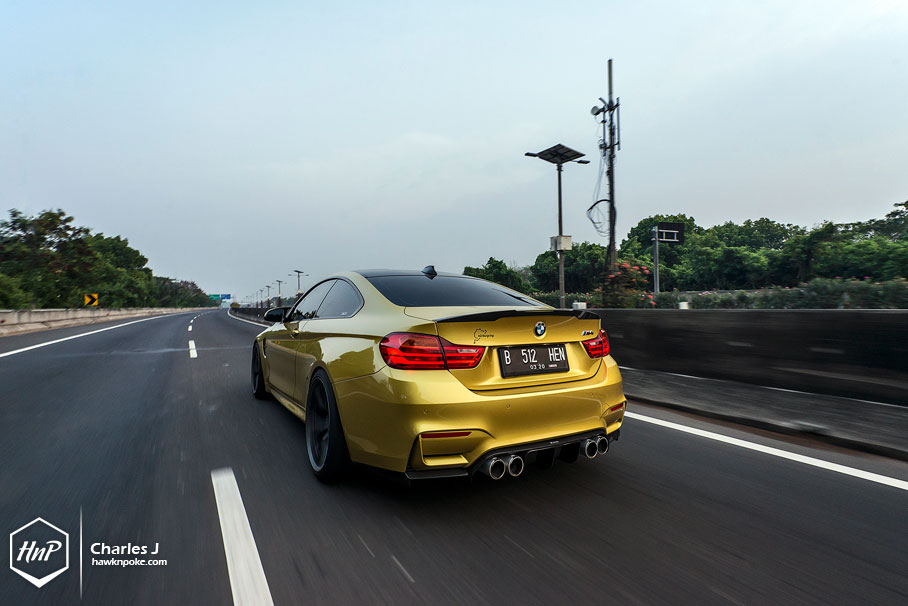 On the topic of today’s M4, this gorgeous Austin Yellow coupe has only been in Henry’s ownership for several months. Yet already he’s fulfilling his pursue for modifications. Having previously dressed up his 911 S, this M4 proved to be the lighter, nimbler, and more proper casual-track-performer he’s always wanted. Starting things safe and sure, Henry opted for subtle performance upgrades to enhance the M4’s capabilities for both circuits and daily use. 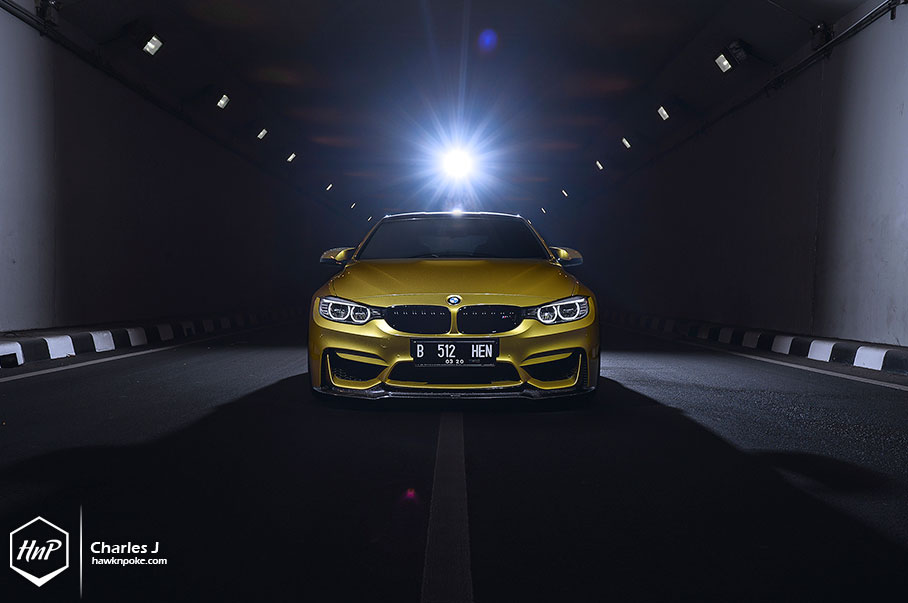 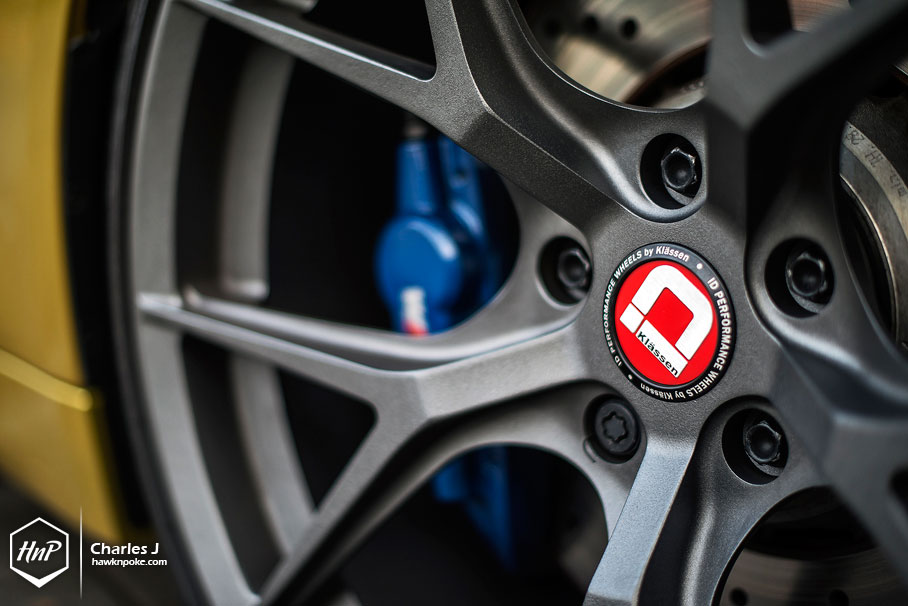 Wheels-wise, Henry chose a set of forged Klässen iD M52R wheels to provide the M4 with better grip and lighter acceleration at the same time. Coupled with H&R lowering springs, Eisenmann exhaust and Vorsteiner carbon fiber aeros, Henry has certainly created a good starting point to enhance the M4’s performance without sacrificing any of its functionalities. Among his future plans are to upgrade the brakes for an even greater stopping performance. 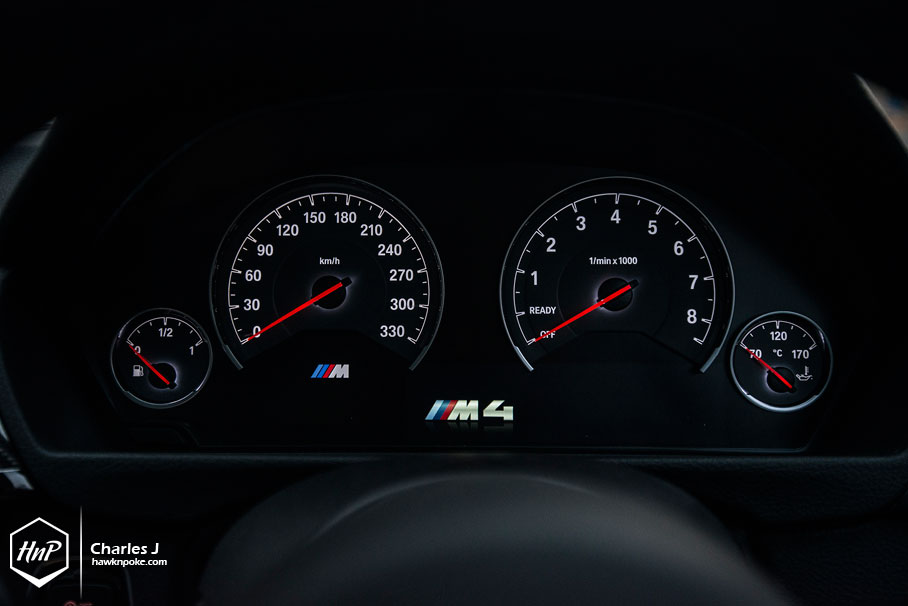 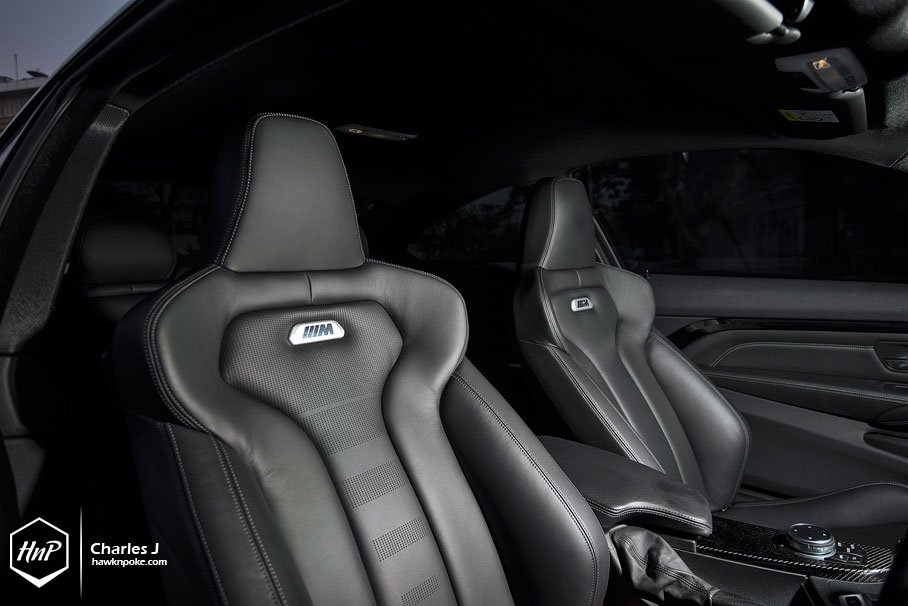 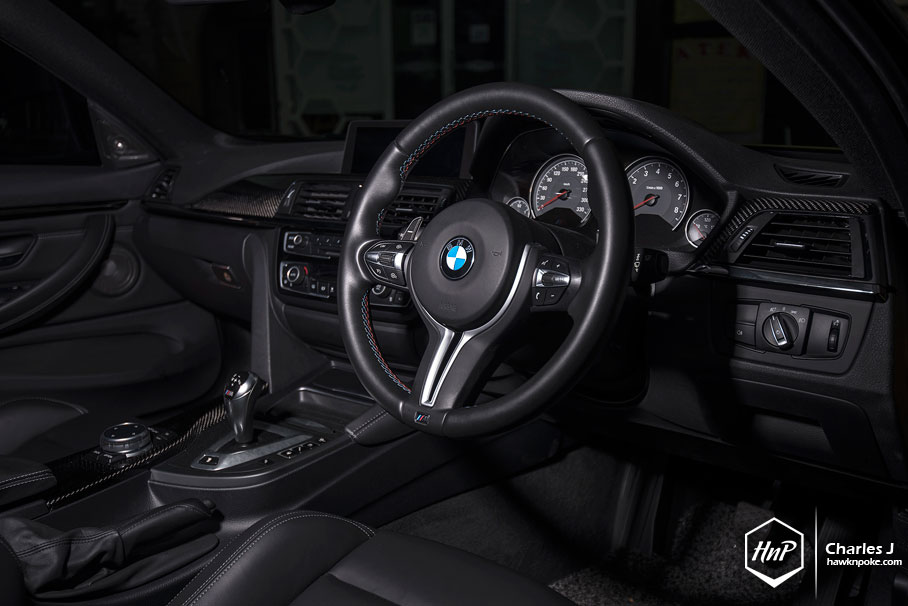 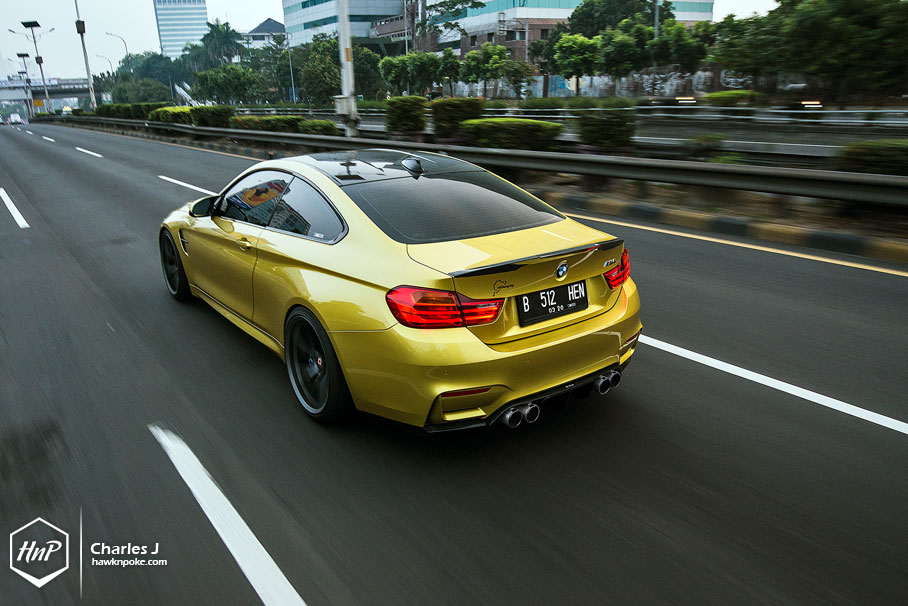 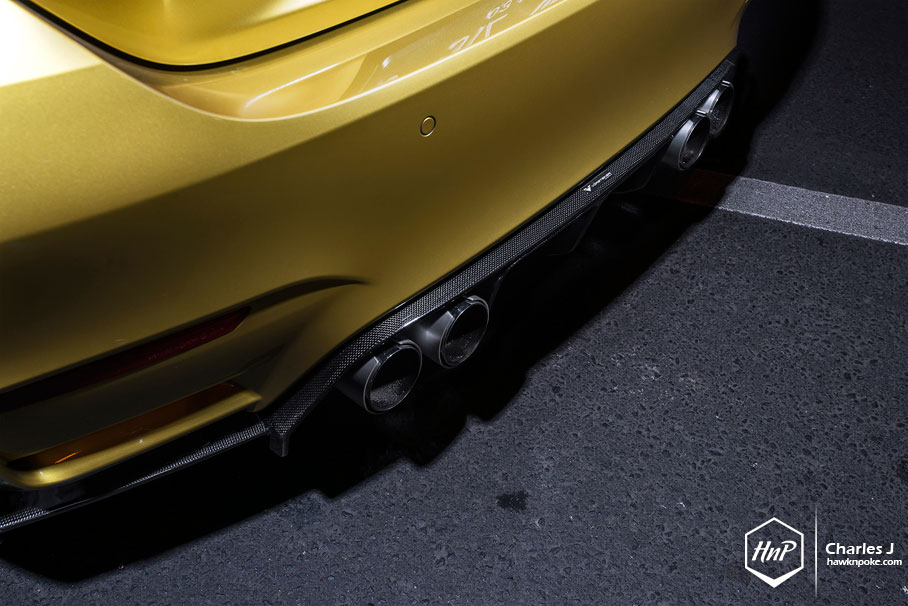