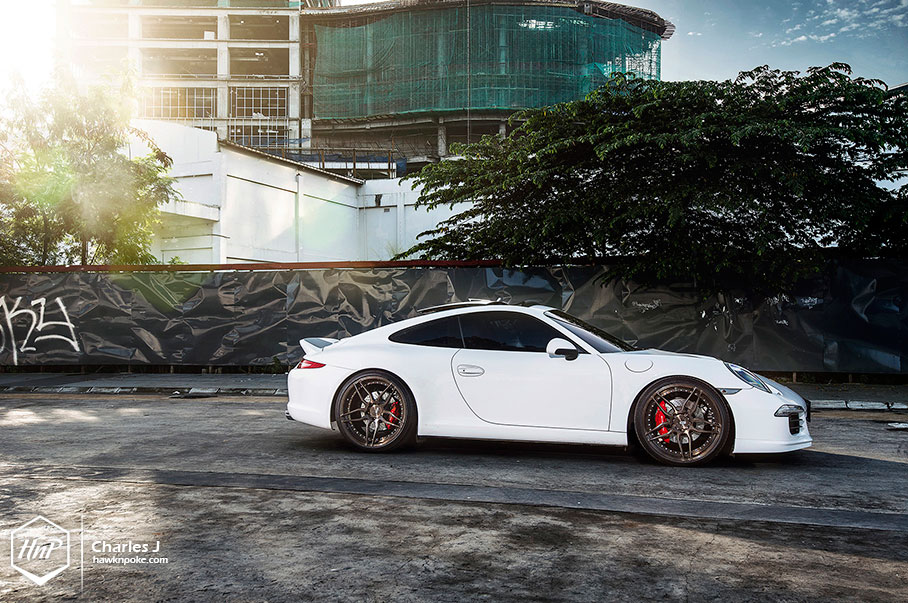 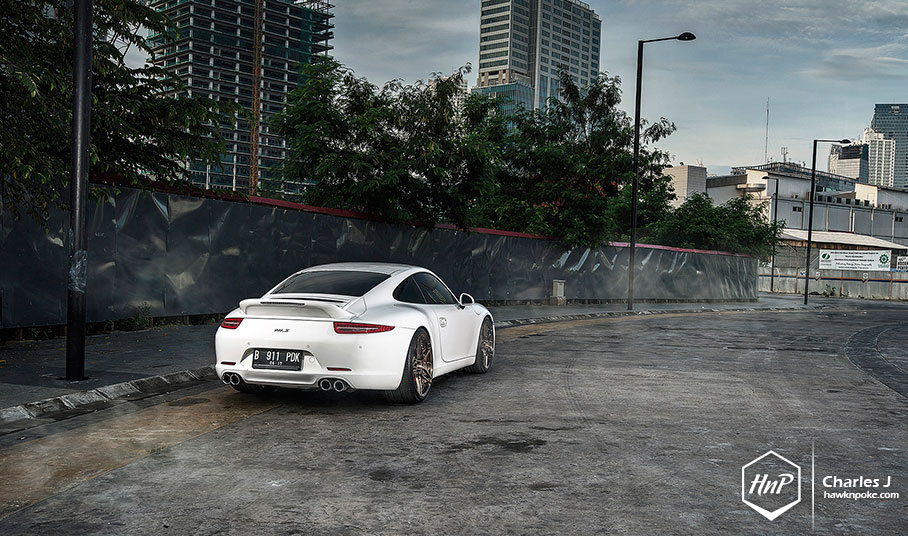 I always have a special soft spot for the Carrera. Two-door high-performance sports car with a unique rear-mounted Boxer engine, an arguably interesting road-car formula ever since it was born in 1948. I’m pretty sure most of the non-car crowds will not be able to differentiate the different generations of 911. Porsche has undoubtedly been so conservative in its exterior design that every 911 always have those similar proportions and fascia. From the classic series to the modern lineups, the changes have always been rather evolutionary than revolutionary. 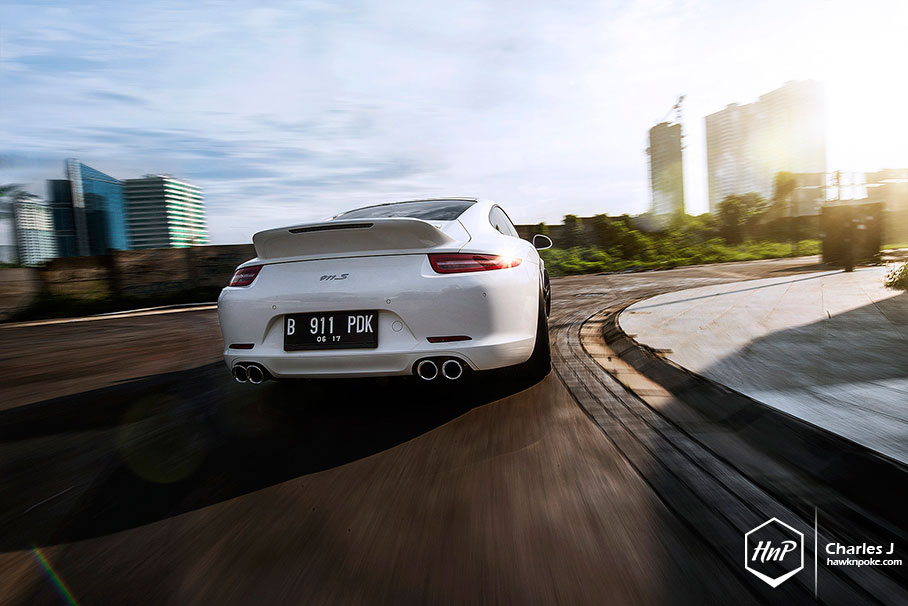 What makes 911’s so great are their one-chassis-for-all characteristic. They can be built as a daily car, performance-tuned, head-turner modified rides, touring racecars, and even endurance racecars. This is also why there are so many different kinds of 911 currently available, from RWD Carrera and S, 4WD Carrera 4 and 4S, turbocharged Carrera Turbo and Turbo S, and the motorsports oriented GT2/GT3/RS. Also currently popular in the mix are the RWB (Rauh-Welt Belgriff) and Singer Porsches – rebirths for classic Porsches. 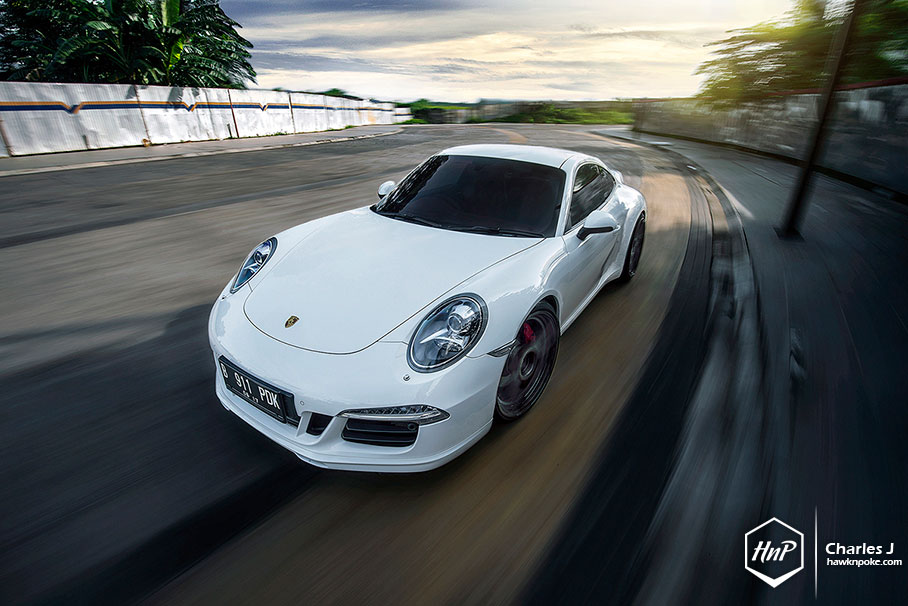 Today I present to you a 991 Carrera S with Aerokit Cup and ADV.1 wheels. Henry the owner claimed that he’s been in love with Porsche for quite a while, and finally decided to get the latest model – the 991 Carrera S. Not too flashy to drive around, unlike a Ferrari/Lamborghini, yet packing all the performance and excitements you can enjoy on the streets. These street-purposed Porsche’s are all about the driving pleasures – putting all the available powers on the streets. No over powers, pure excitements at its upper limits. 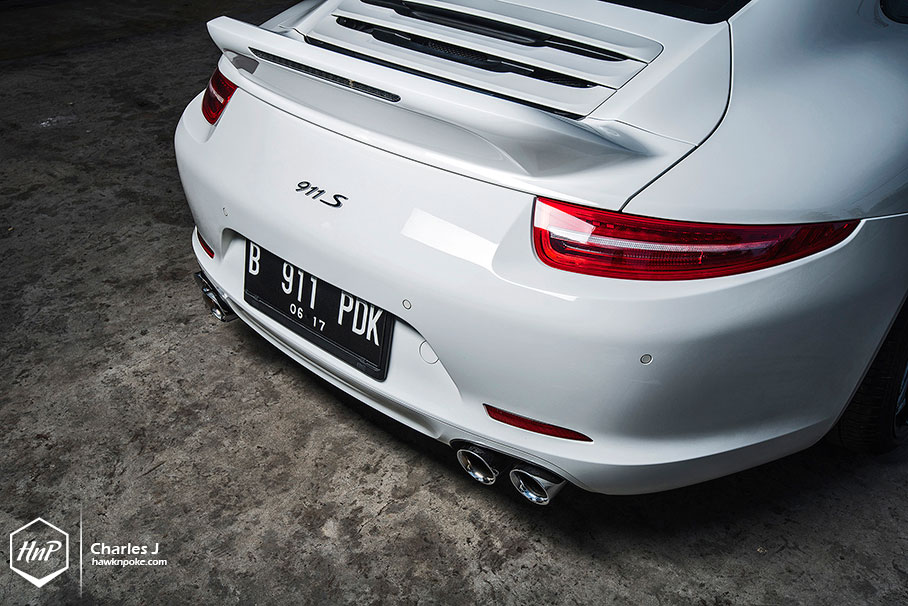 Henry took a step further by modding his favorite white 991S with the help of Antelope Ban, by installing a set of 21” ADV.1 005 MV2 SL wheels. Cup Aerokit add-ons with ducktail and H&R springs have also been installed to maximize its head-turner status. Meanwhile in the engine and exhaust areas he chose IPE evolution Exhaust System and Fabspeed air intake. 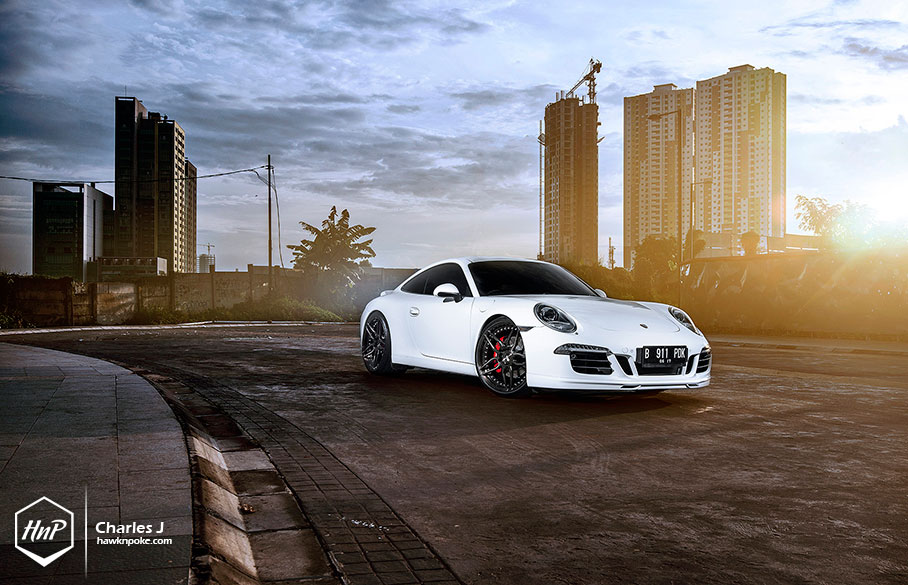 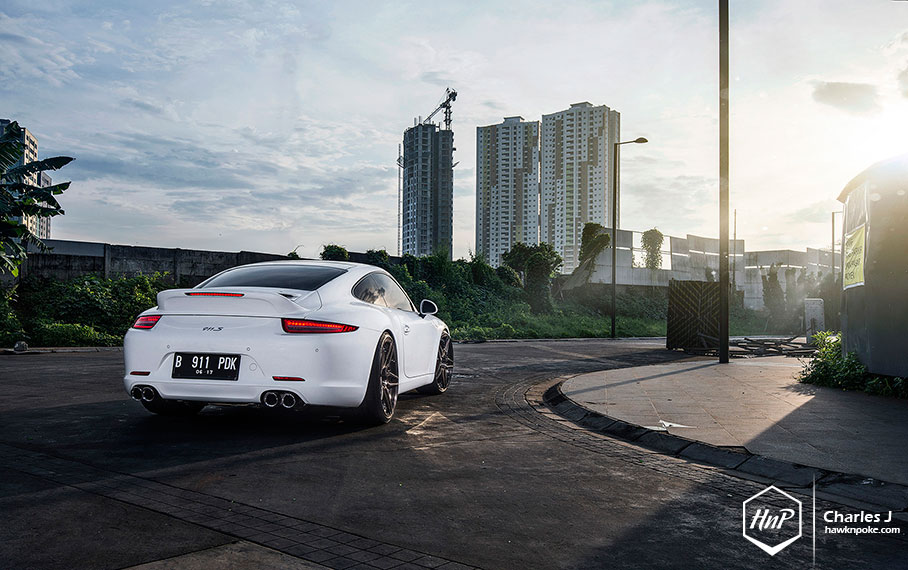 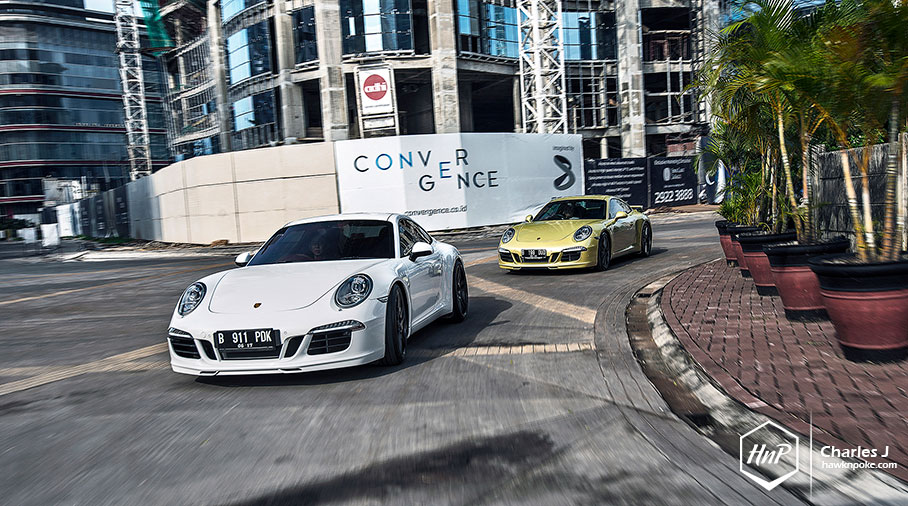 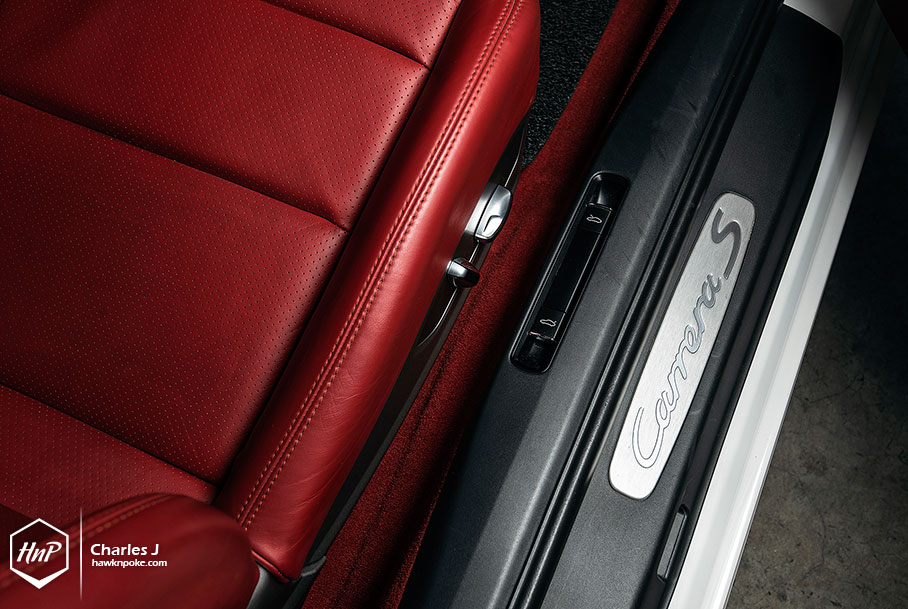 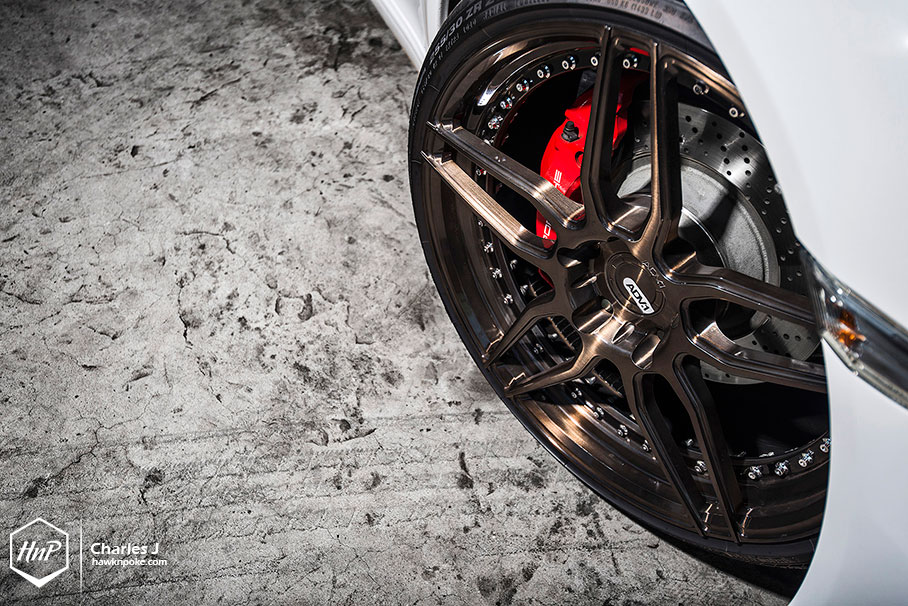 “What I like about these wheels is the brushed-smoke finishing and the rear fitments with 12.5″ widths,” Henry said. Such stunning finishing has greatly complimented the 991S’ sleek white color scheme. 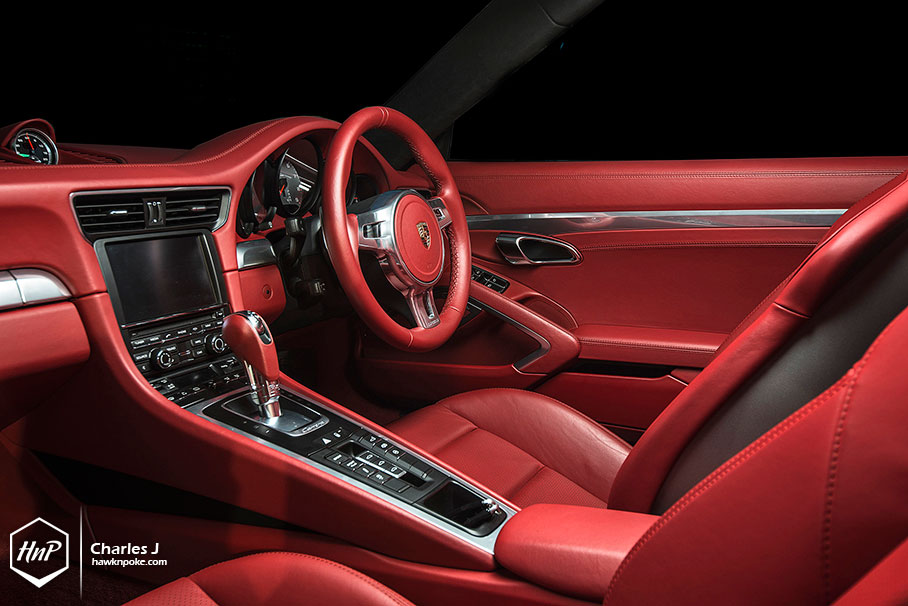 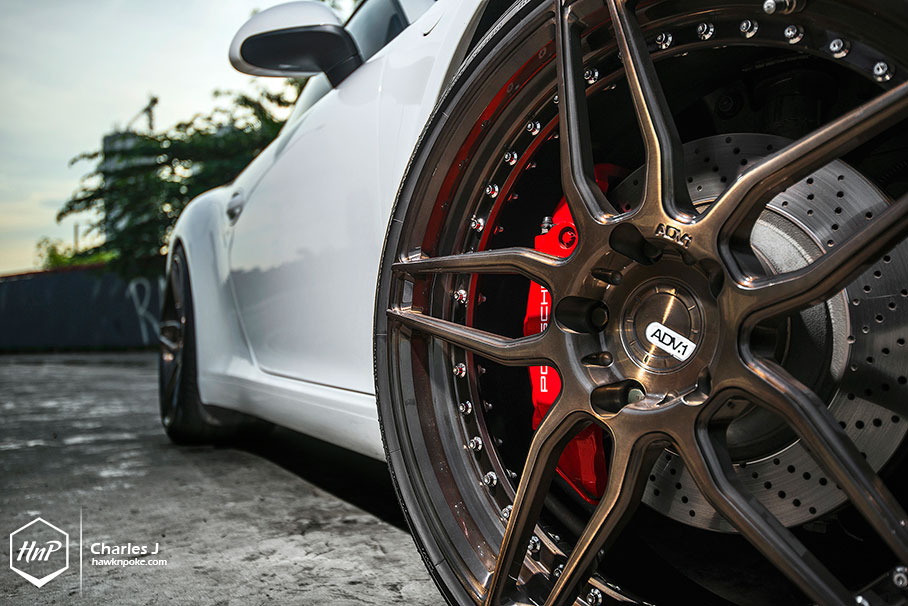 Henry’s future plan is to install a Vorsteiner carbon fiber rear diffuser. Also, currently the car has been wrapped into a Matte Silver Color, not the OEM white you’re looking at today.