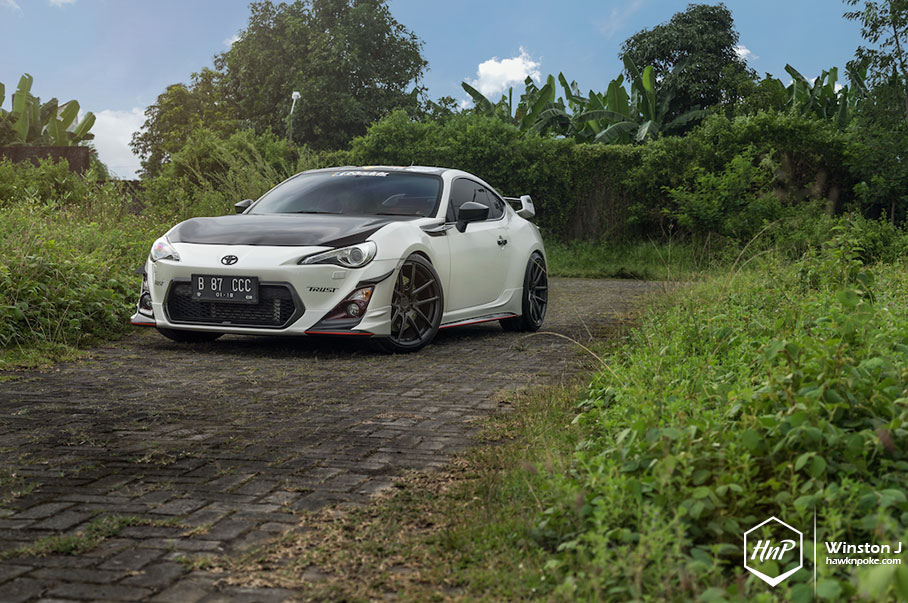 Let me begin this post with an honest statement: I really do think that the Neo-Hachi Roku’s (new 86’s) are amongst the most versatile cars money can buy. No, I’m not talking about how you could drive your entire family comfortably in it, nor about your cross-country trips across the mainland. I’m talking about how seemingly endless the tuning possibilities for these new-era compact sports cars are. Whether it’d be mild or wild; daily cruiser, tire slayer or track warrior; stock, dropped, or slammed, these cars have traits that are similar to blank canvases – begging to be turned into project cars, only limited to the owners’ imaginations. 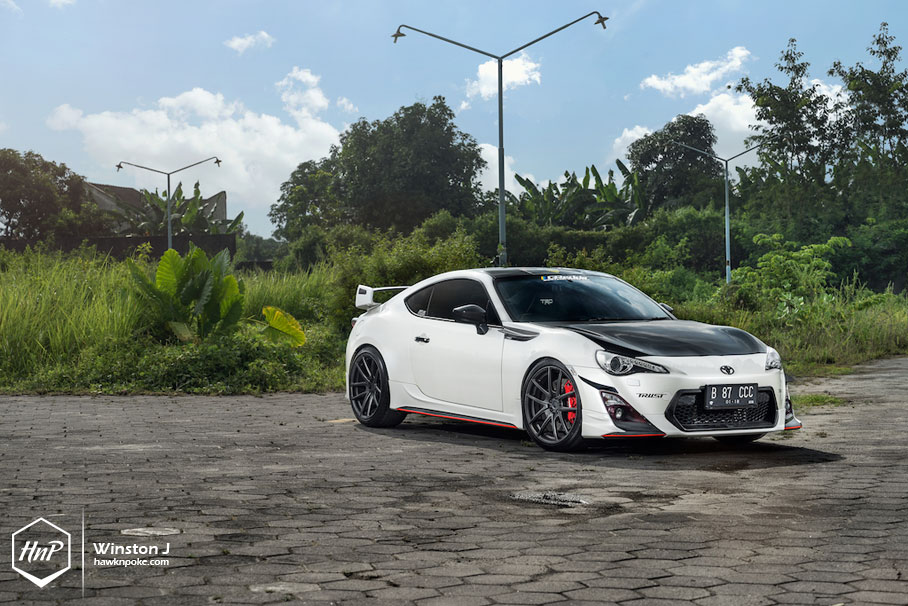 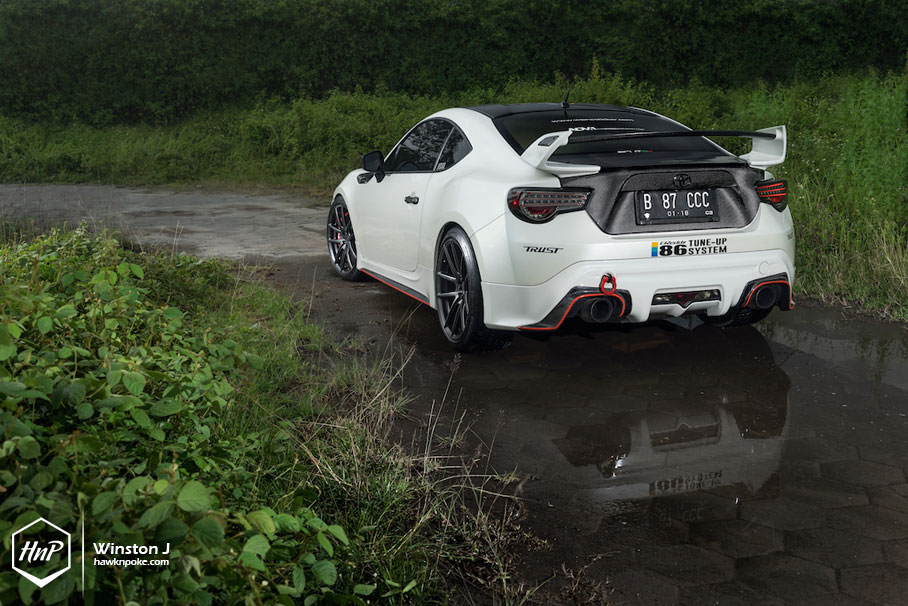 First produced in January 2012, this successor to the legendary AE86 quickly garnered attentions worldwide thanks to its DNA trait: the rebirth of a reasonably-priced RWD sports coupe with a tune-happy 2-litre boxer engine. Unquestionably, soon the GT86 created a massive cult of followers and an endless chain of aftermarket parts. Same thing seemed to have happened in Indonesia’s largest cities: Jakarta, Surabaya and Medan. This time, though, we’ve managed to spot a hidden gem amongst the country sides: city of Surakarta (Solo). 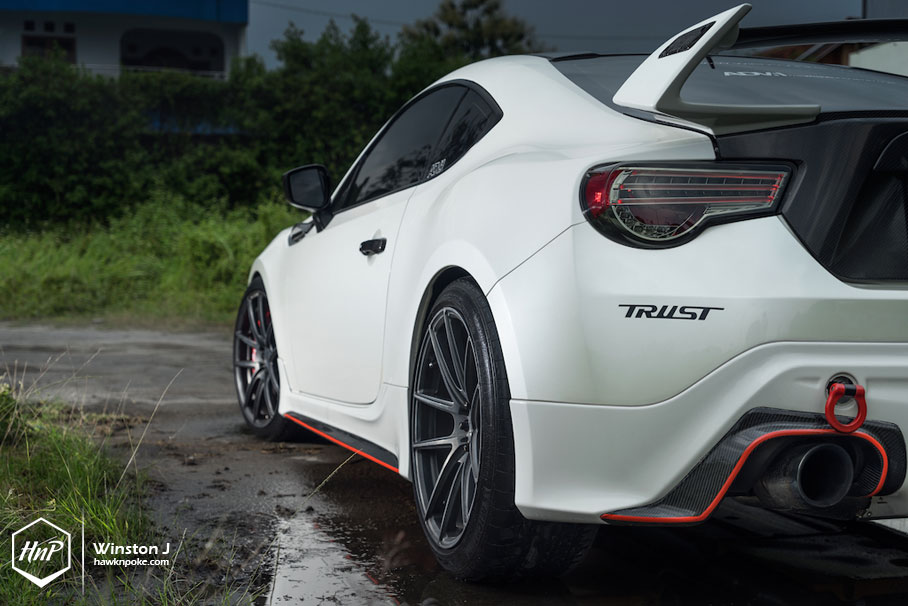 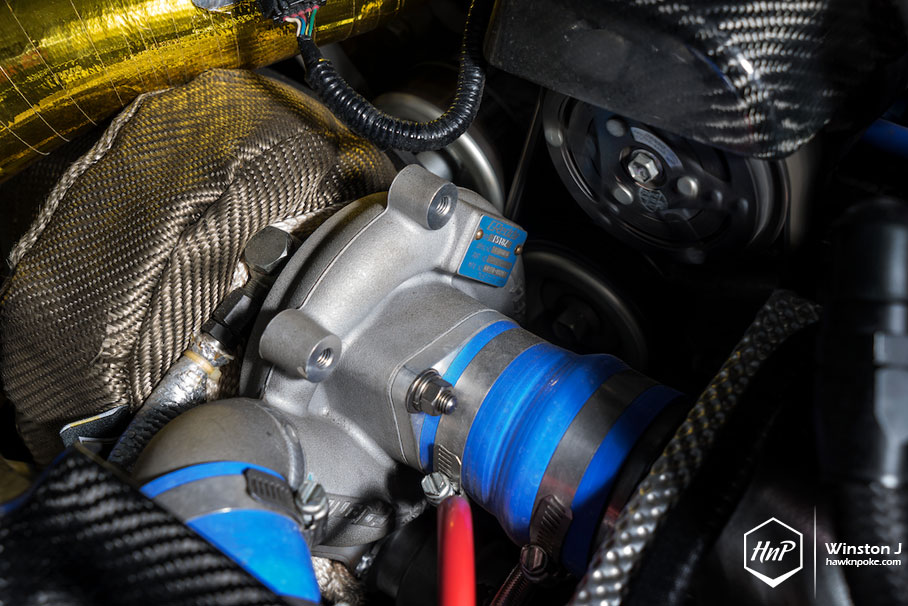 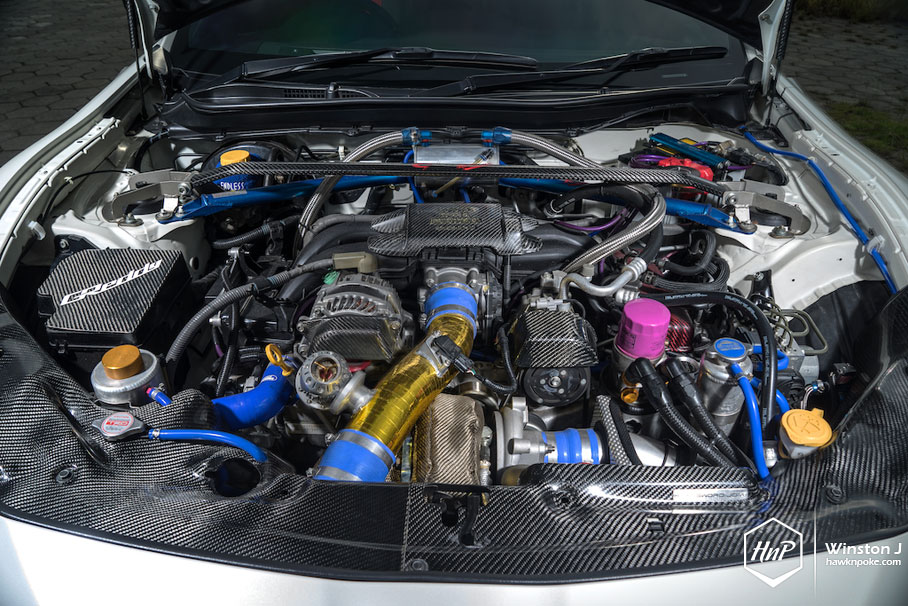 Since the beginning, 86’s have been designed to be tuned; to be fast. To become the prided race cars of the future. To be turbocharged, supercharged or even engine-swapped. That’s why Dicky, owner of today’s GT86, has also taken a similar approach in his Neo Hachiroku build. Up and foremost is his choice for a complete lineup of GReddy turbo kit parts underneath the engine bay. Such complete kit adds roughly 100HP onto the car easily. Supplemented by Dasteq Unichip and a plethora of airflow upgrades, such a combination could flawlessly churns out more than 300HP out of the 2-litre boxer engine. 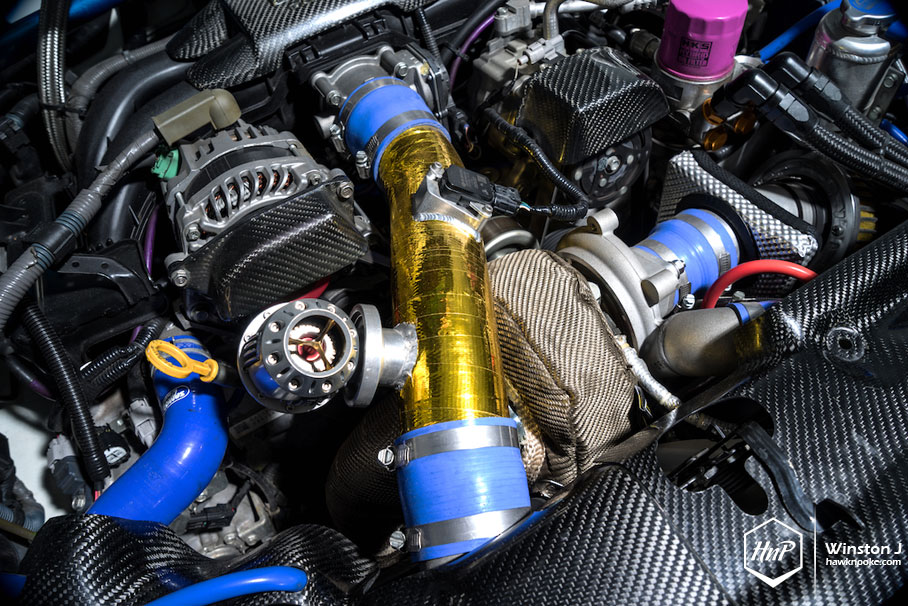 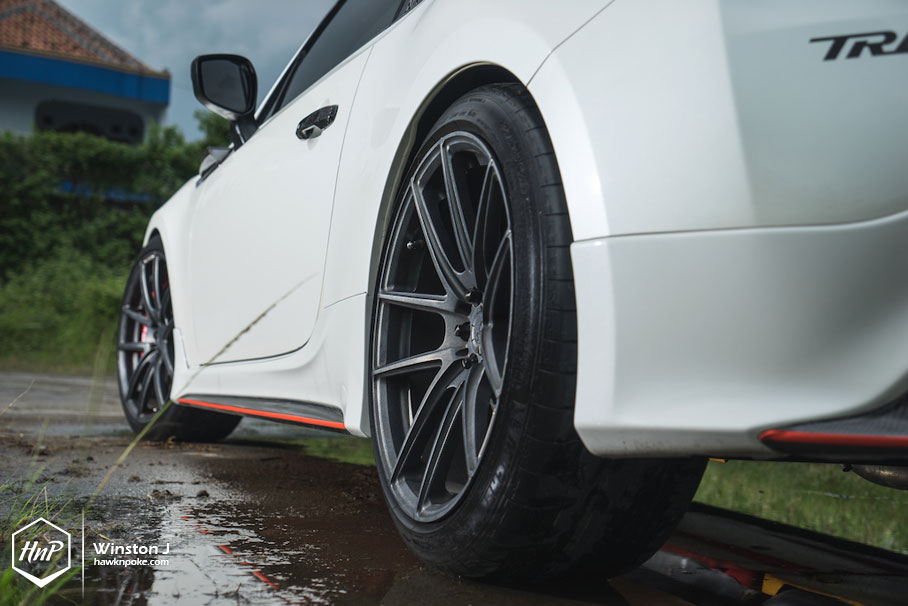 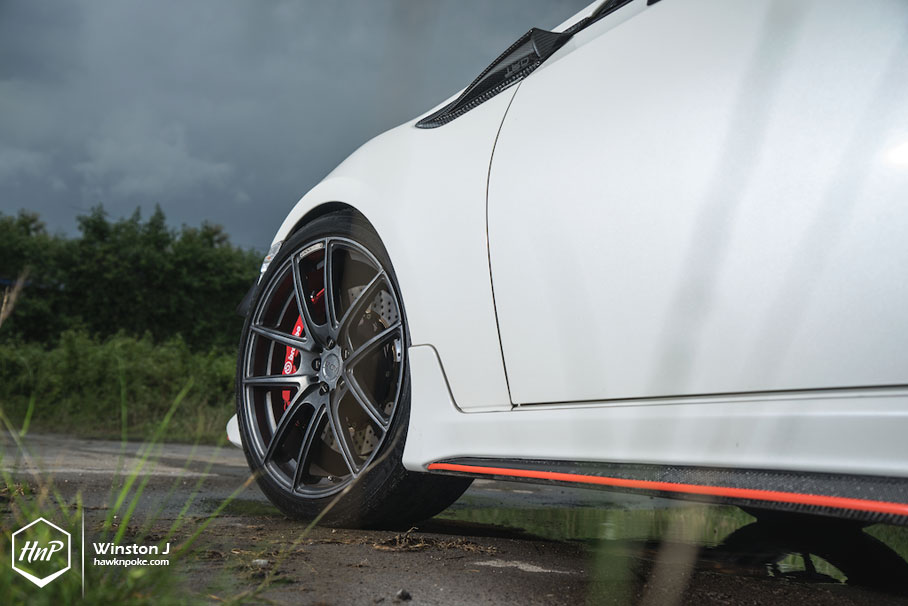 Handling-wise, the mods are properly executed too; Cusco underbraces, power braces, and strut bars helped the car taming all the G-forces around corners, while bolt-on 6-pot Brembo brakes managed its stopping power. 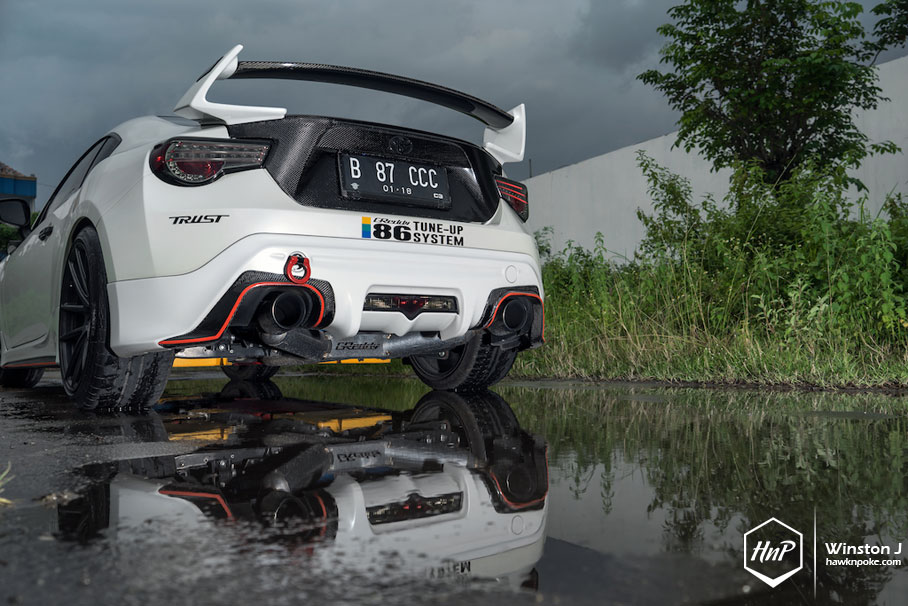 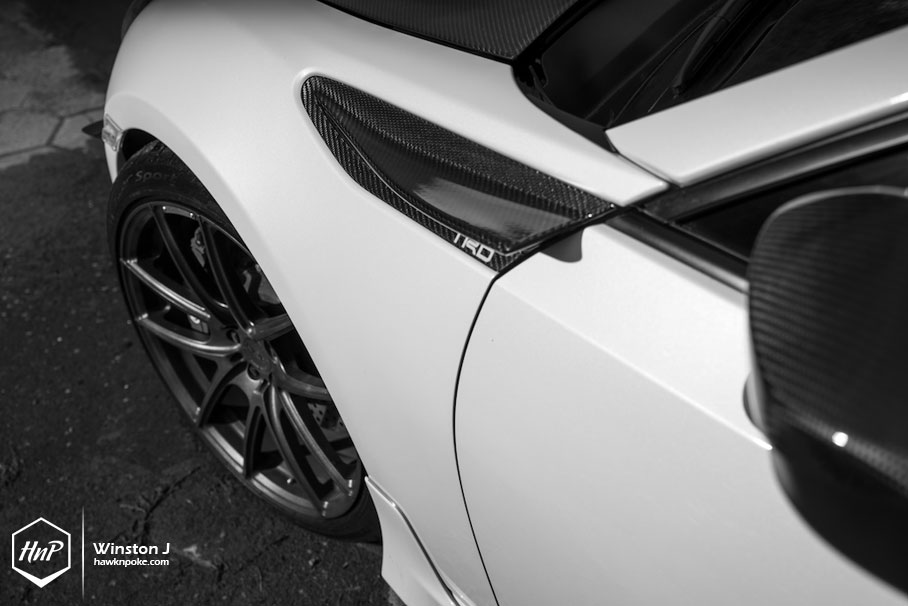 A car with such an array of performance mods deserves an aggressive look. Dicky has also done this superbly, with an instantly-recognised set of TRD carbon parts, bodykit, Tommy Kaira carbon wing, Ken Performance carbon hood, Jericho carbon roof, and Jericho carbon trunk. Clearly, then, Dicky has developed an attraction to all-things carbon. 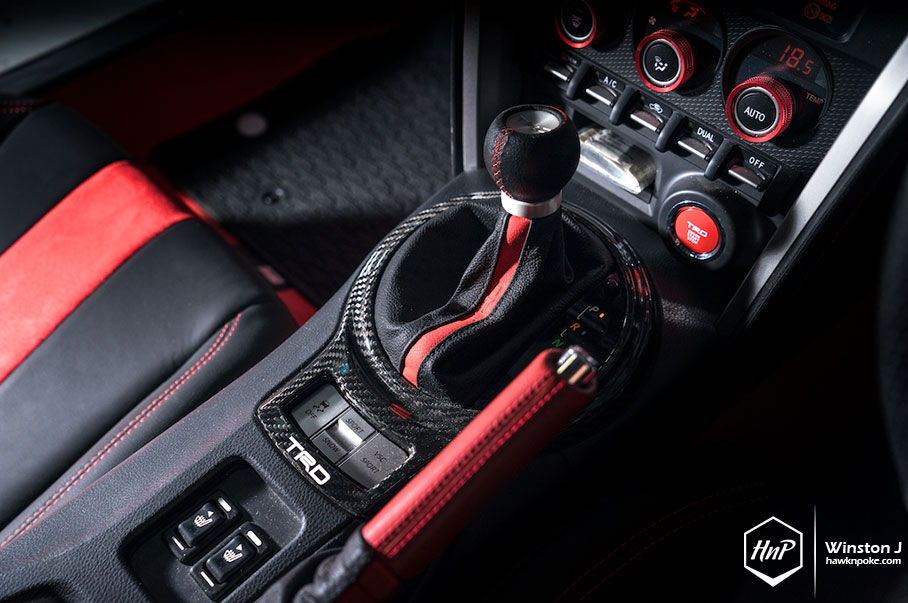 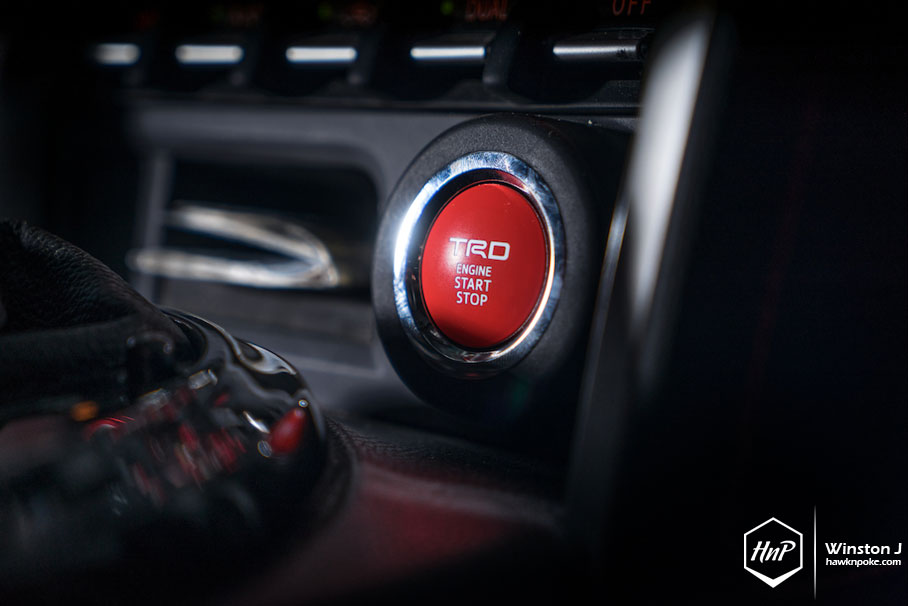 Inside into the interior, carbon themes are still aplenty to be found, from the Autocraft steering wheel to the Ken Performance carbon dashboard. Aggressive inside and out. 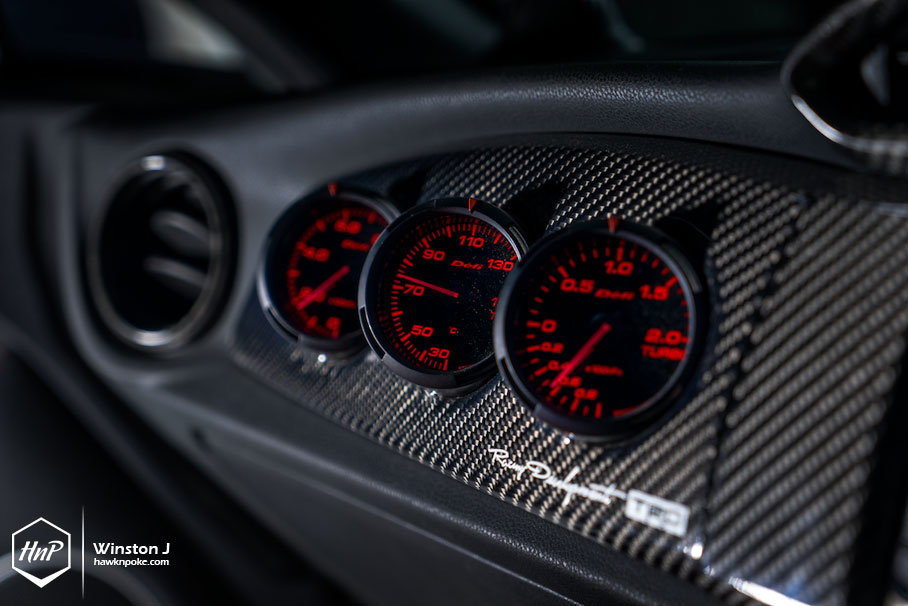 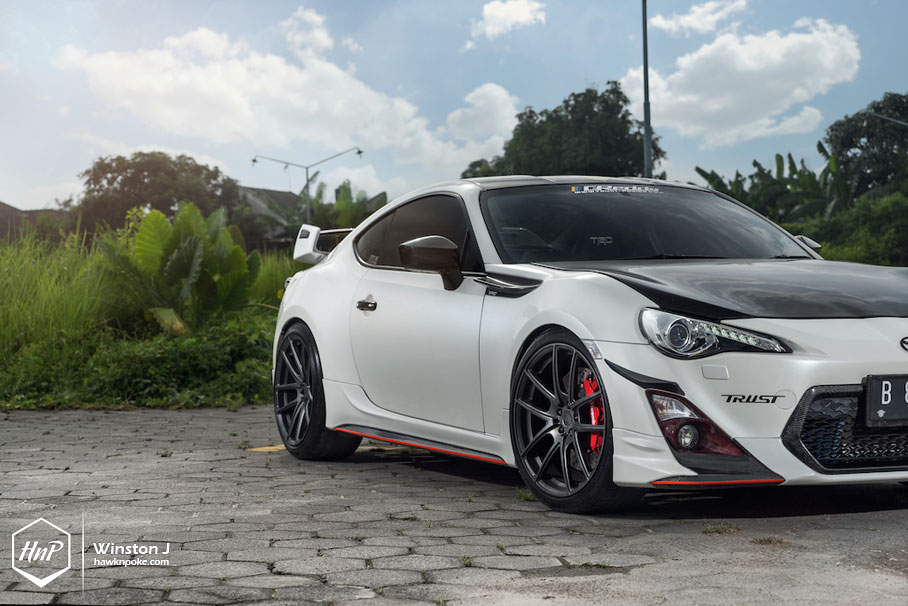 The entire mod list is then topped out by these lightweight-forged ADV.1 wheels on all corners. Staggered at 19″x8.5 fronts and 10.5 rears, such a setup ensures proper delivery of all those rear-wheel-drive goodness onto the streets. 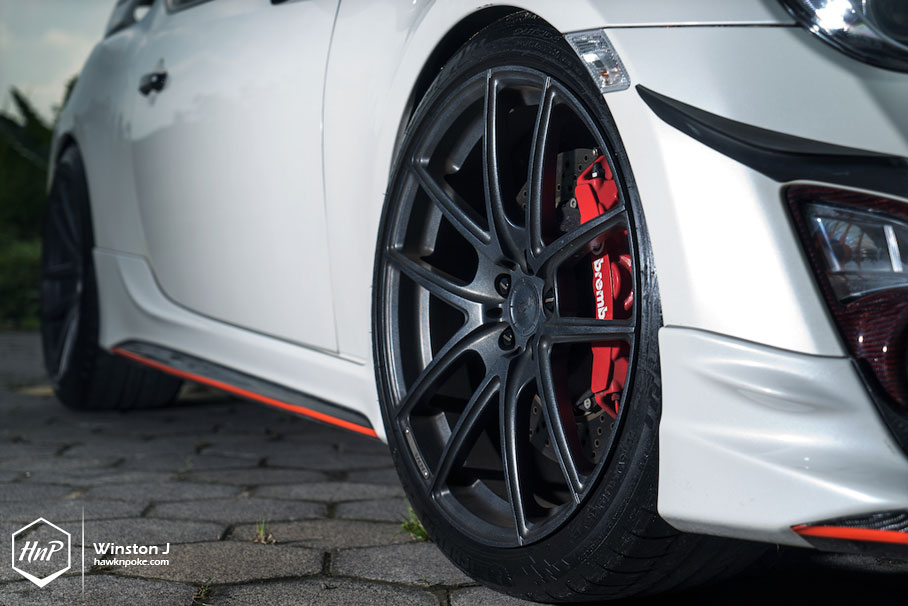 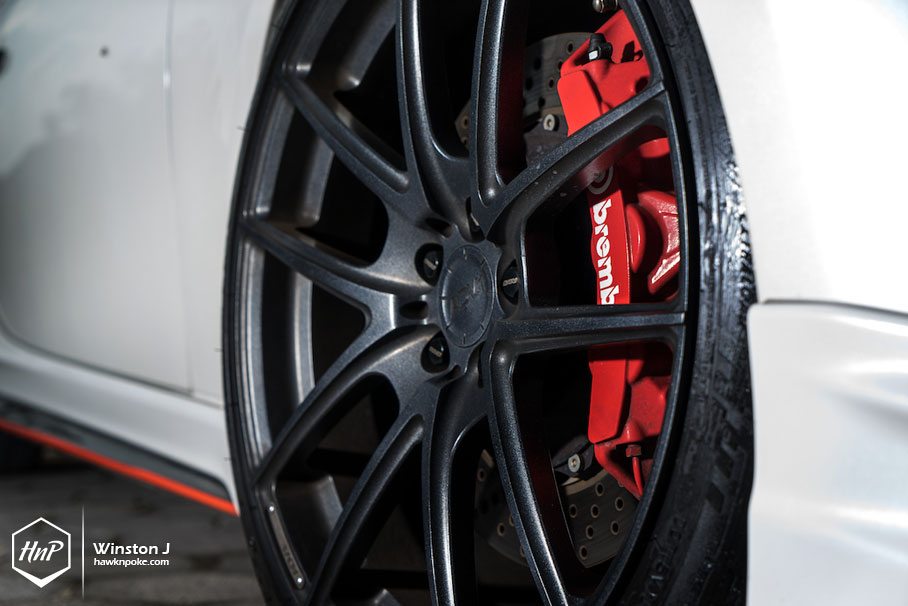 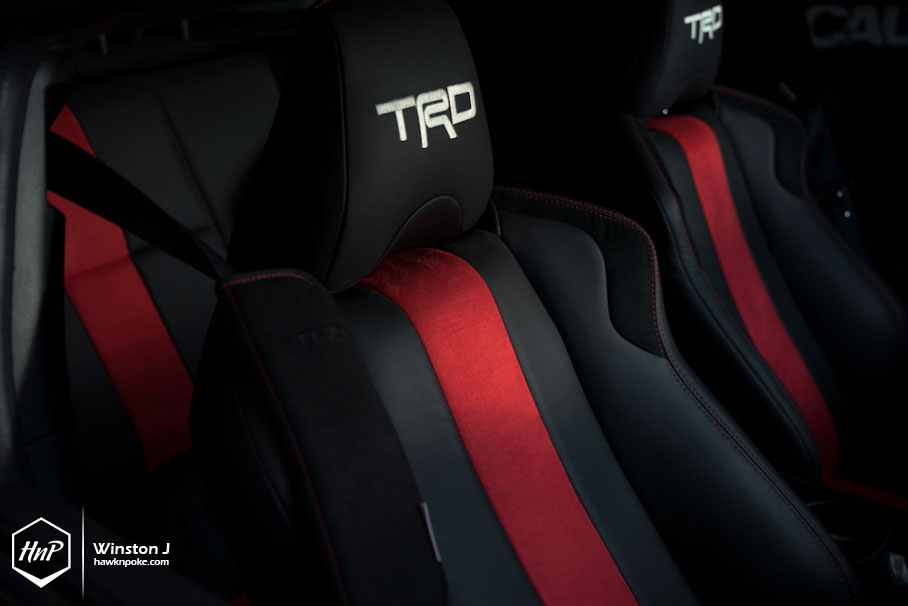 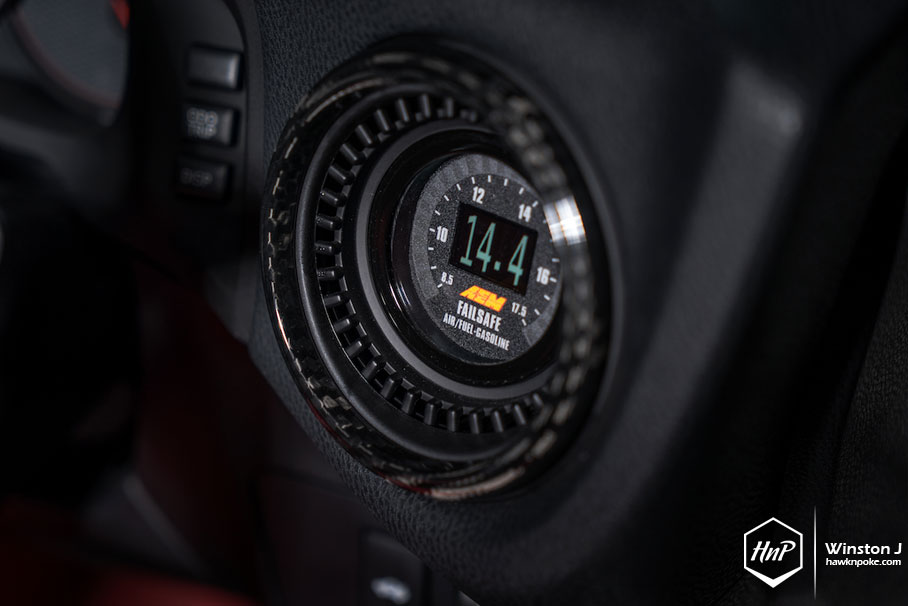 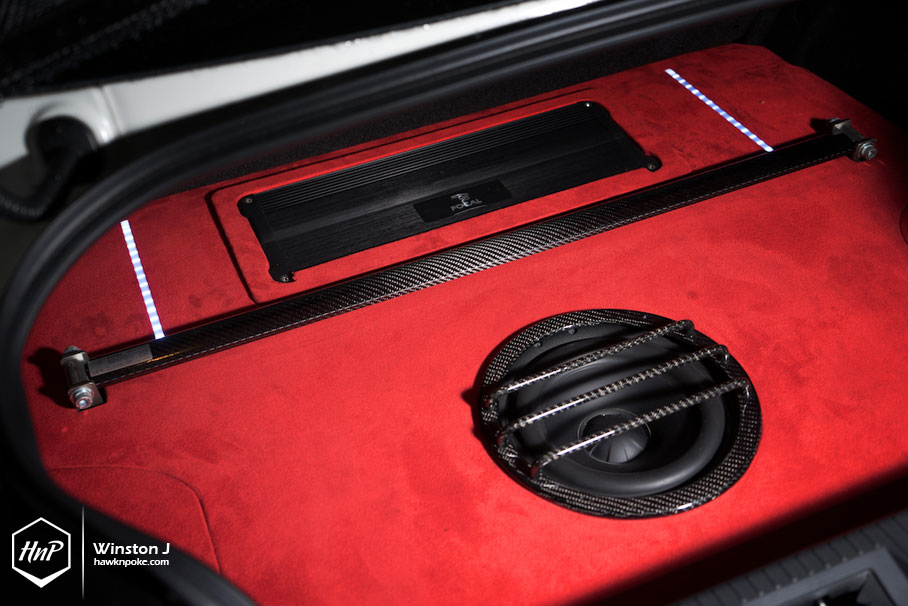 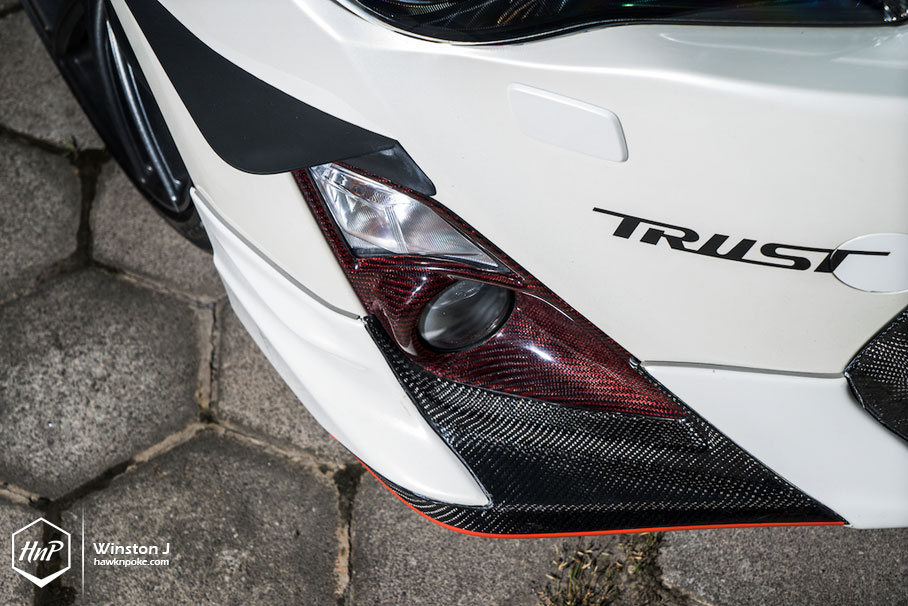 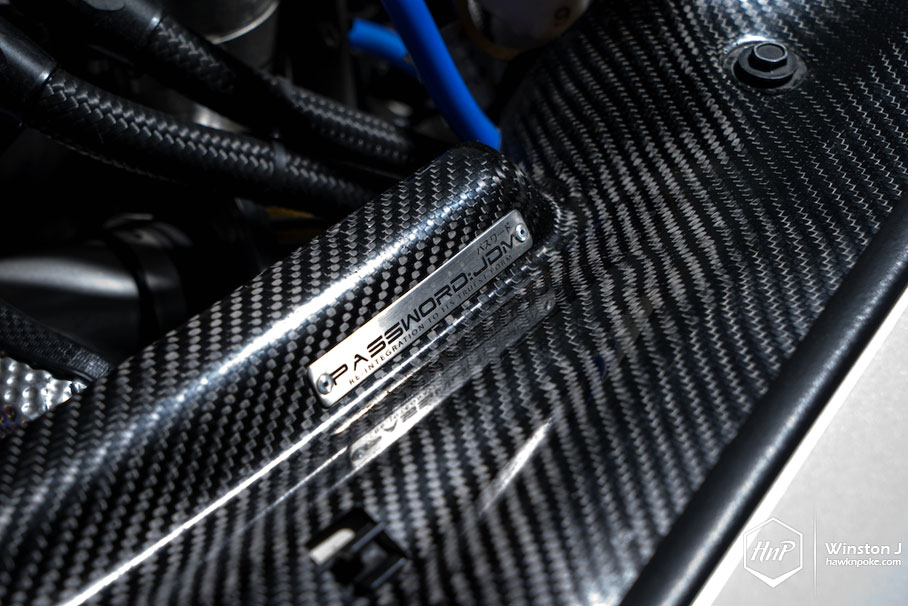 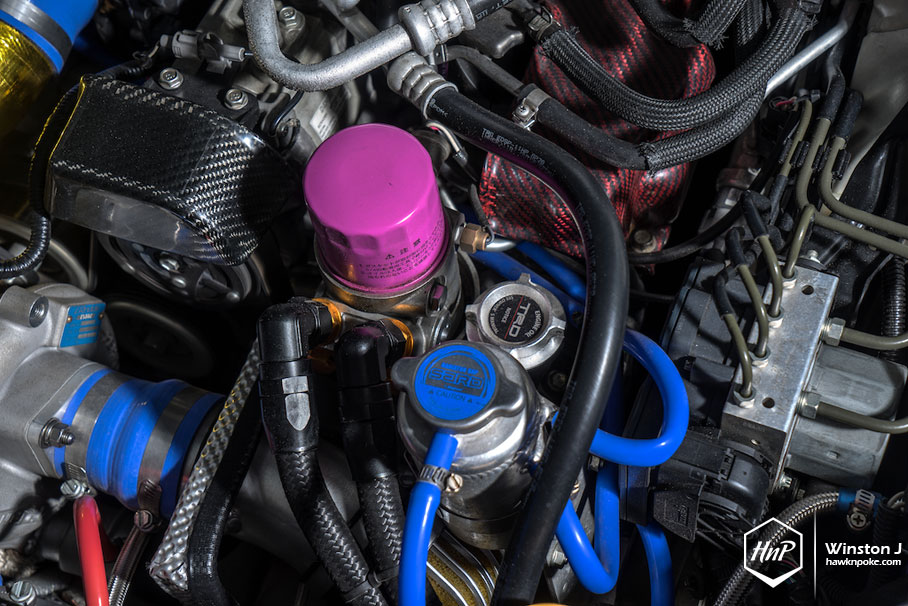