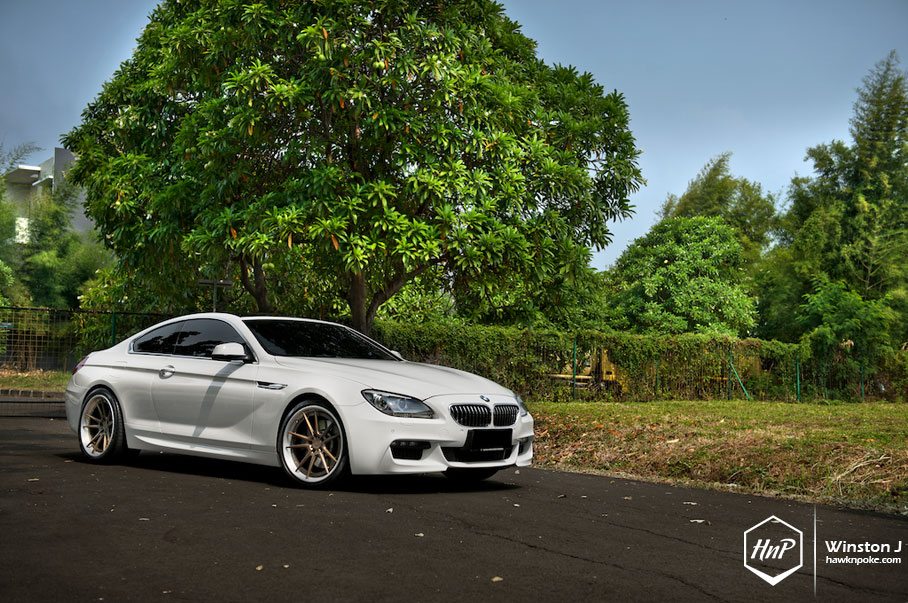 Have you ever wondered what ‘BMW’ stands for? Apparently it’s Bayerische Motoren Werke, or Bavarian Motor Works in English. ‘Bavarian’ because one of BMW’s founding companies was headquartered in Bavaria, and ‘Motor Works’ because it used to specialize in the manufacture of engines/motors, especially aircraft engines. Why aircraft engines? Because BMW was conceived from the merger of three companies, two of which (Rapp Motorenwerke and Bayerische Flugzeugwerke) were aircraft manufacturers that were very successful in producing flying war machines during the World War I. Past the World War I era, however, the demands for these aircrafts dropped immediately and the company started shifting its production to other machines, such as motorbikes and cars. From aircrafts to luxury vehicles, BMW has surely gone a pretty long way, but one thing has always been kept the same: BMW is all about producing machines that are built to perform. 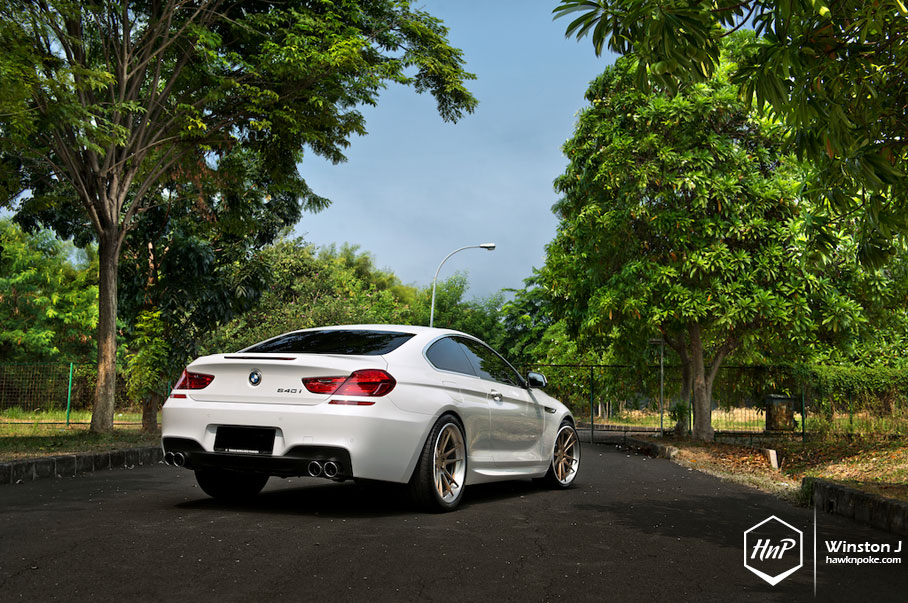 Meet the 640i. A car that nobody in this world actually needs or wants; that is, until one sees it in person. I mean, what kind of kid of this world would’ve said he wanted a 6-Series one day when he grows up? I’m pretty sure if you ask them to pick out of several options they would’ve chosen the Aston or Maserati.
It’s based on the 5-Series and 7-Series platform, yet it has two fewer doors and a much lower roofline, so it’s pretty huge but not necessarily roomy. It’s a bit too large for spirited drives either, yet it has six-cylinder turbo engine. So what’s the point that BMW is trying to make with the 640i? Doesn’t it have enough models already in its line up? From 1 to 7 and X to Z. 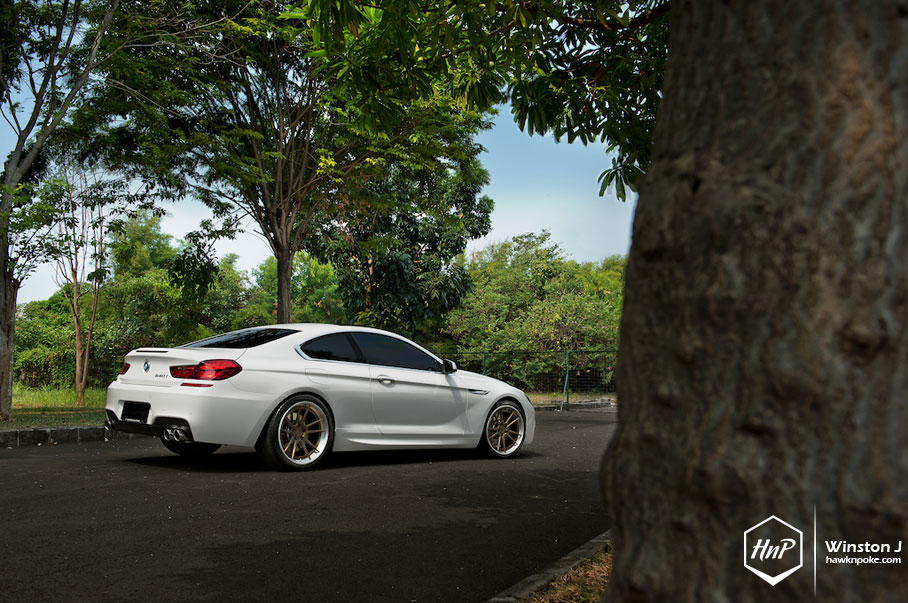 The gentleman’s coupe. For whatever BMW is trying to achieve with the 6 Series, it has done so ever beautifully. Sporting the much refined look of BMW’s infamous ‘Bangle Butt’, the 6 Series is a poetry in motion. Not easily replicated and a prime example of evolution. It is pretty much the result of continuos progressions and refinements that BMW has gone through ever since it produced its first aircraft engine. It looks good standing still and performs flawlessly in accelerations. That’s not something that an overnight car manufacturer would be able to achieve. 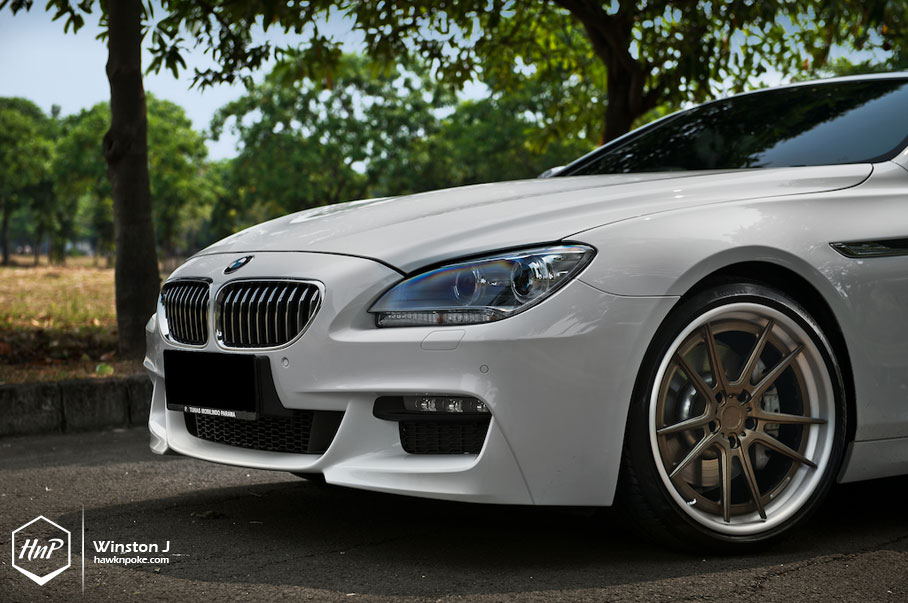 A refined coupe is calling for the refined individuals. Yes there’s the 1 Series coupe, then there’s the 3 Series coupe and also Z4 coupe. BMW has gotten quite a few coupes already in its current lineup. But each one appeals to different kinds of individuals. The 1 would most probably suit first time buyers, while the 3 and Z are for the younger individuals who seeks excitement out of their coupes. The 6 Series is far from boring though. It is a coupe in which one can sip his coffee while driving past 200km/h in the Autobahn, and a coupe that won’t let him feel all the Gs the car’s experiencing during high speed turns thanks to its lavishly upholstered seats. Essentially, the coupe for the gentlemen. 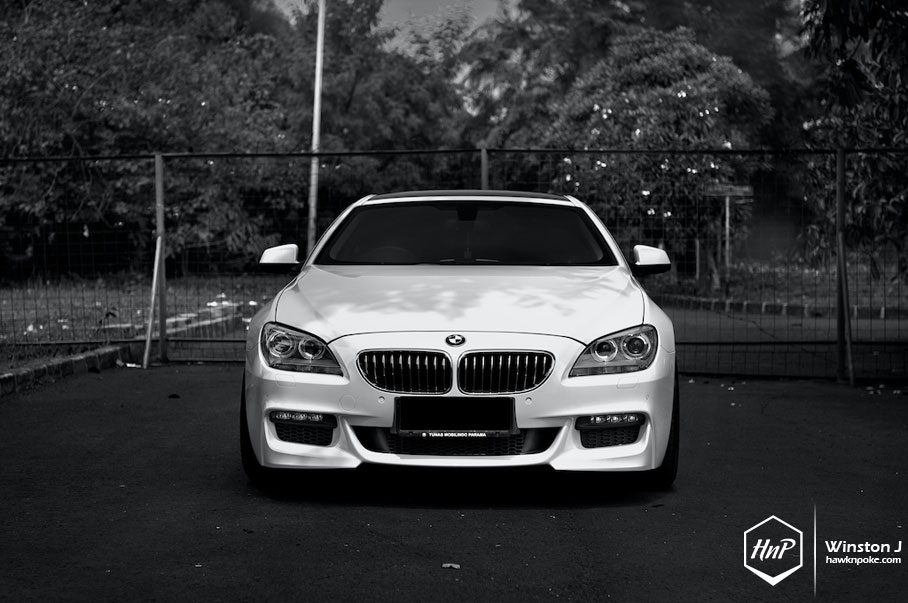 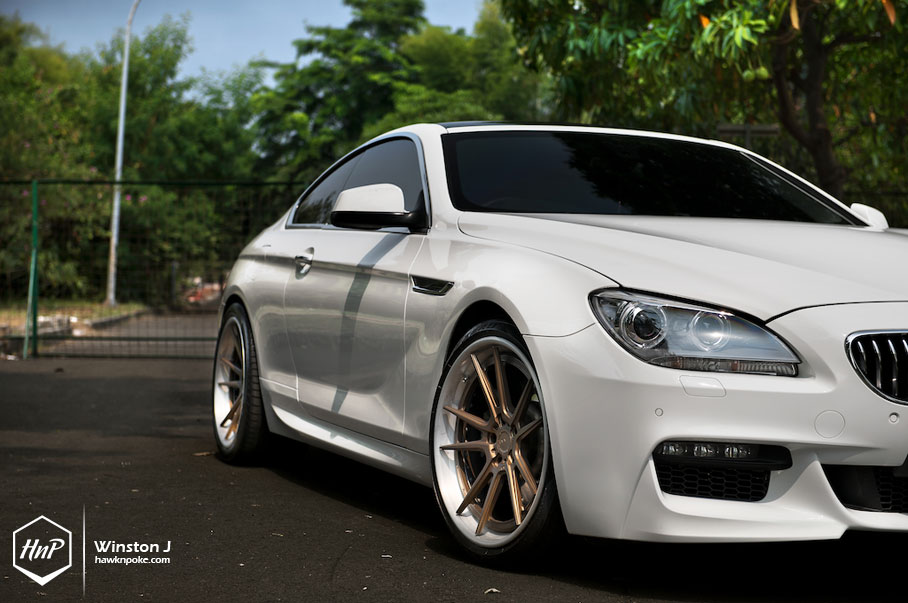 What I have today is a 640i that has further been refined to suit the owner’s individuality. A set of gorgeous 20″ ADV.1 wheels filled the fenders to ever so gracefully compliment the M Tech bodykit installed by Inspire. Sporty and distinctive, these ‘minor’ mods have given a major rework on the 6 Series’ physical appeal. 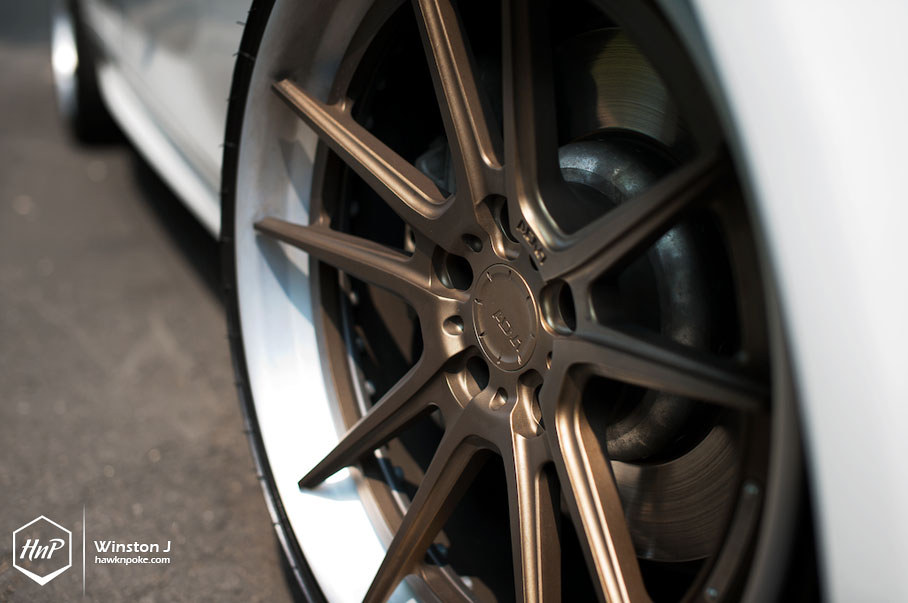 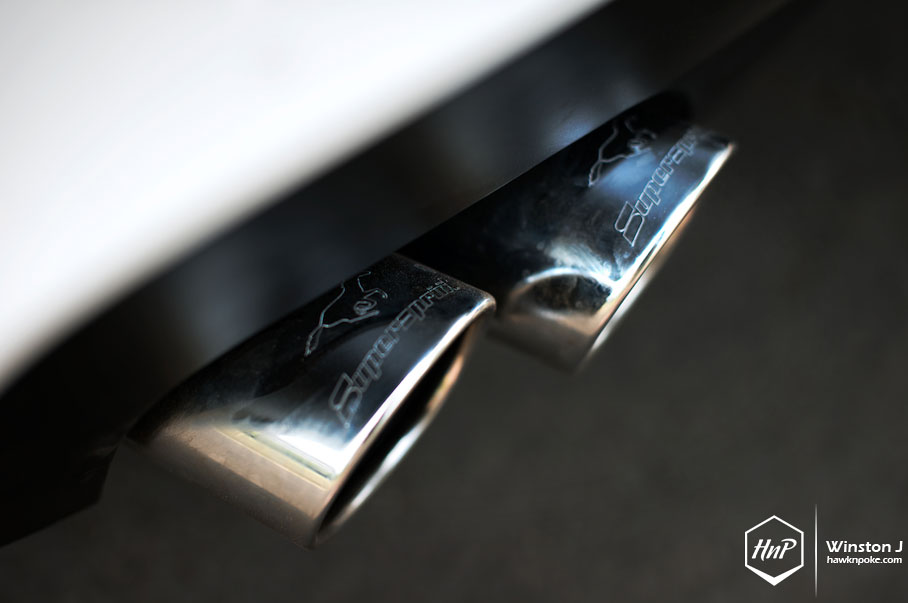 Being a grand tourer, BMW has given the 6 Series a rather humble exhaust note despite its six-cylinder 320bhp turbo engine. Perfect for the long drives and particularly suitable for the formal occasions. Yet, today’s owner has decided to spice things up a notch through the installation of this Supersprint exhaust. Adding a deeper grumble and higher pitch to the engine’s roars, making it the perfect companion to weekend morning drives. 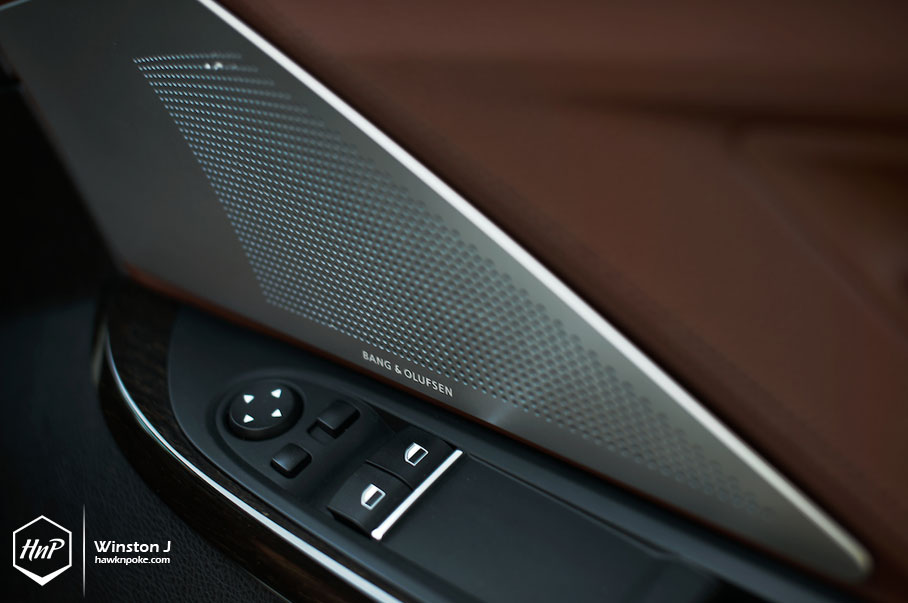 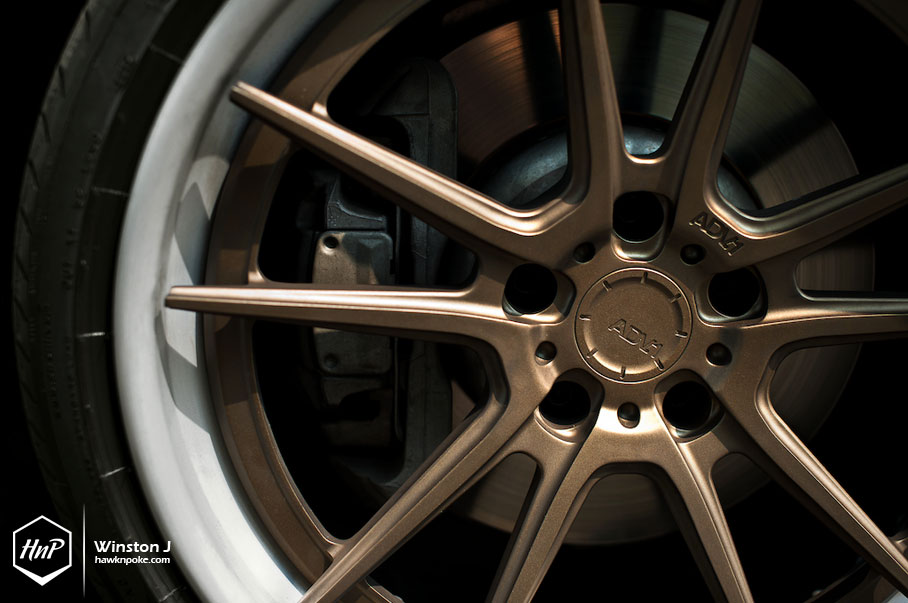