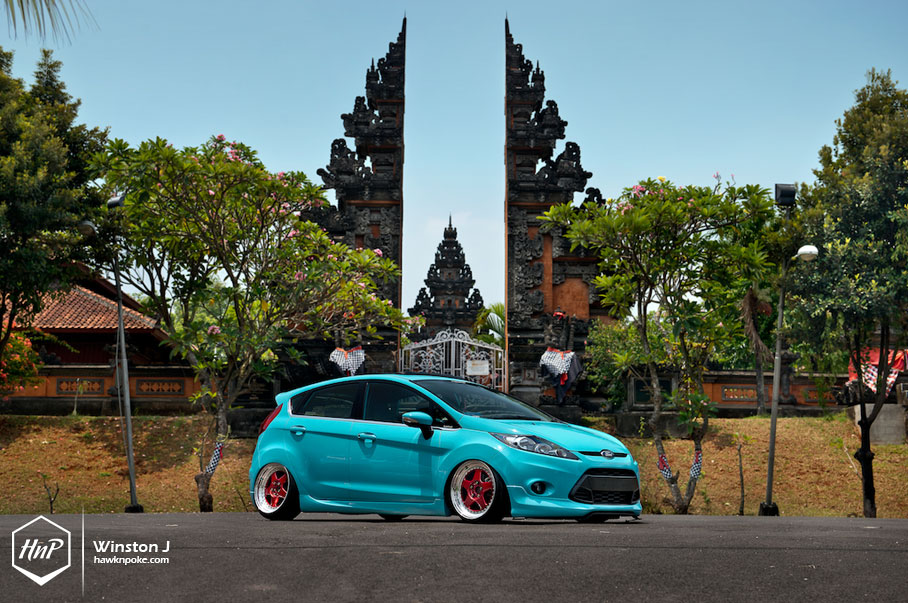 It’s about time. Perhaps you’ve seen it roaming our streets. Perhaps you’ve stared at it during stance-meets. Or perhaps you’ve even tried to find out who the owner is. As smooth as bubble gums, as mesmerizing as a piece of art. Today I’m presenting you this – Jakarta’s famous Minty Fiesta. Crisp. Spotless. And unique. This is Kenji and his so-fresh-I-can’t-believe-it’s-a-Ford Fiesta. 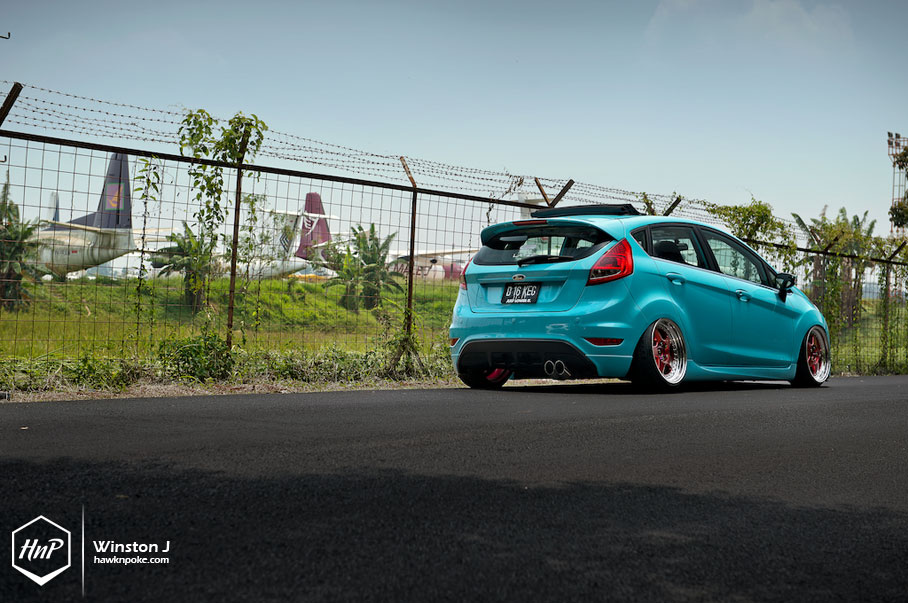 Skipping classes at school just to check on the car when it was in the bodyshop. Yes, Kenji did that. Meeting a total stranger who gave away a namecard, asking Kenji to let him know incase one day the car’s for sale. Yes, that did happen too. A lot of work and care has been put into this build and the result has really paid off. Take the custom bodykit, for example. I, for one, am amongst the most sceptical towards custom bodykits. Out of all that I’ve seen, perhaps only 1 out of 10 can be regarded as nice, with the rest either being too bland or too riced out. But that’s not the case with Kenji’s. The body add-ons have been fitted so perfectly that none of the parts look out of place. Even complimenting the ride’s minty flavor flawlessly. 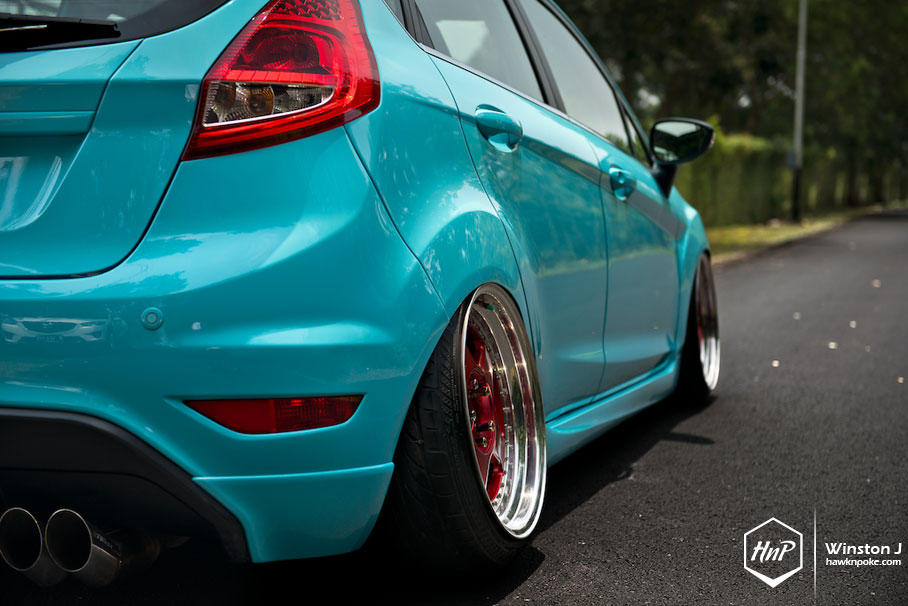 Then there’s the Mint. What started as a street-racing themed ride has been turned into an aggressively fitted show stopper. How did that happen? Well, Kenji who used to be a fan of speed has gone tired of the look that most Fiesta’s in our city share: simple add-ons with sporty wheels. So he took the plunge, paid Platinum a visit, and came up with this minty color for his new obsession: low-and-fitted. 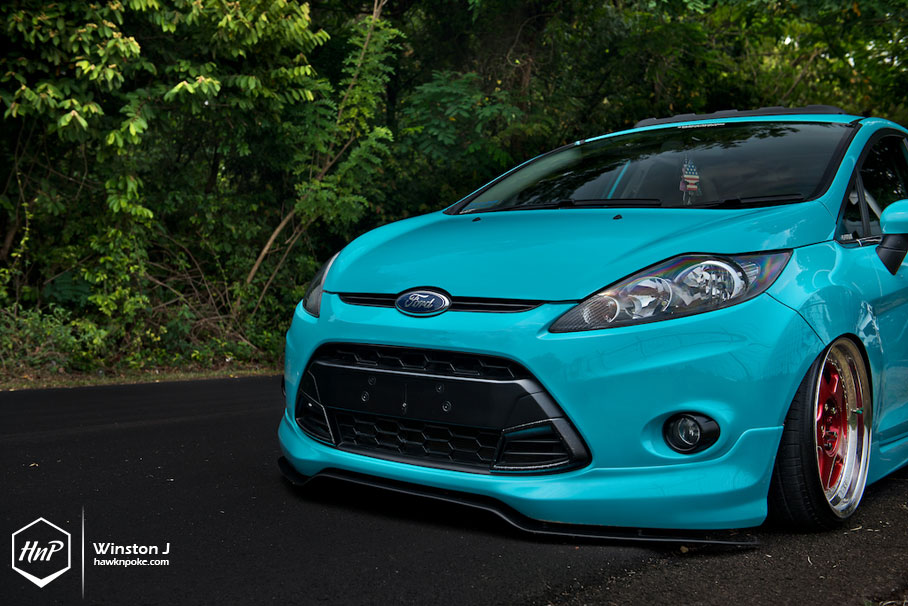 Static lips yet not a carshow queen. Despite the ride’s ground-hugger status, Kenji is still driving around in it a lot. Even throughout the roads he took to our photo shoot location, those lips have unavoidably kissed quite a few speedbumps. Yet it is still intact. 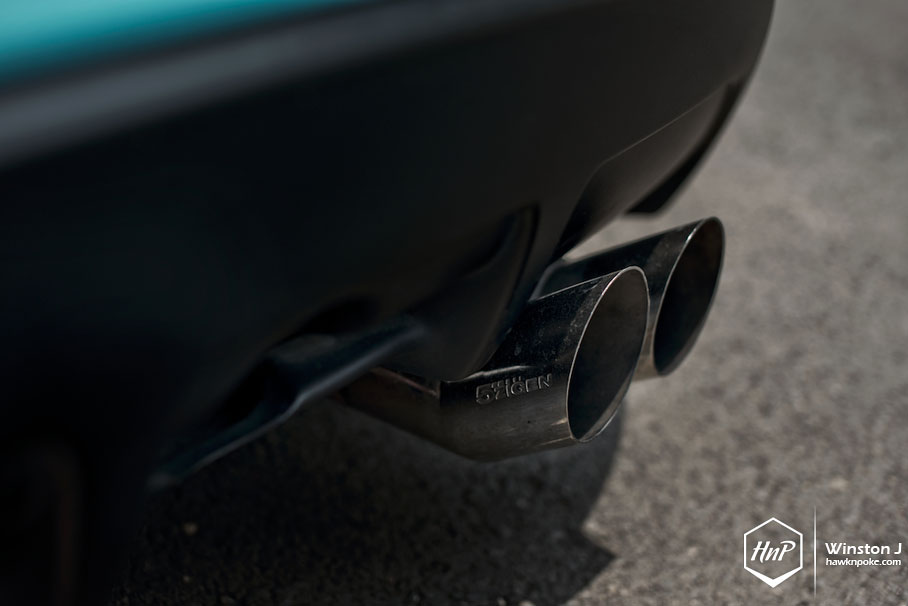 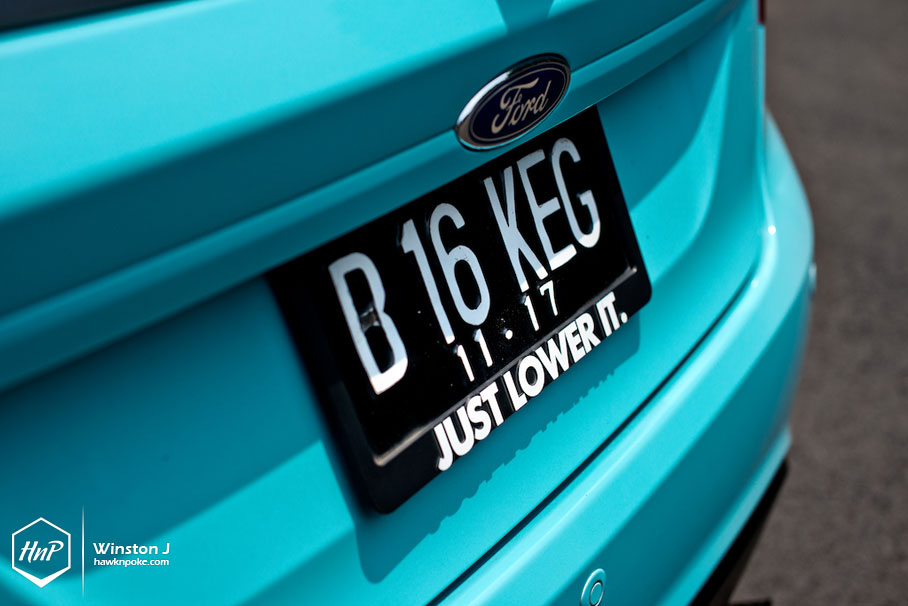 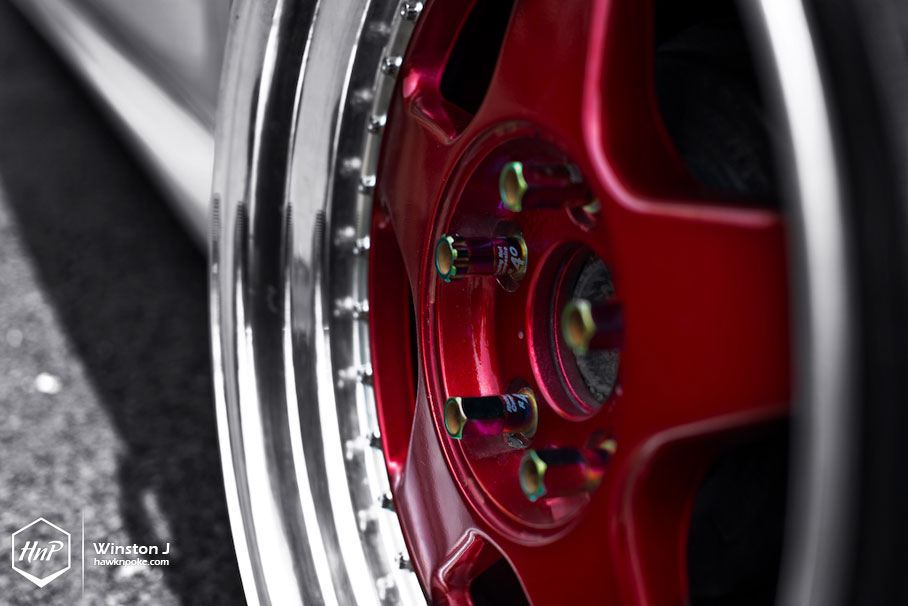 Wheels of choice came down to this set of OZ Futura with red candy flavor. Step-lipped and staggered, these wheels have definitely set the ride apart from other aggressively fitted Fiesta’s. Through the installation of Bilstein shocks and custom springs Kenji has attained this static hard-parked status. 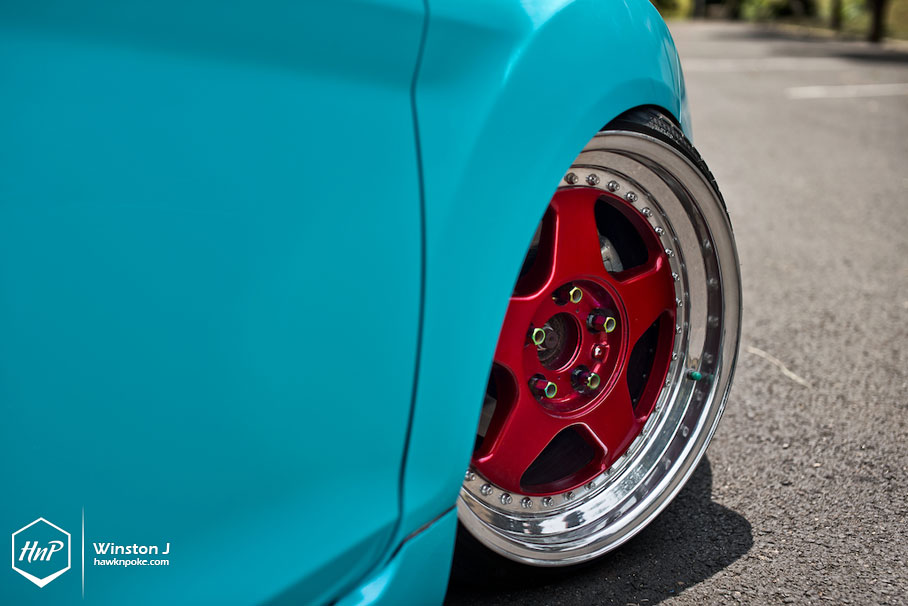 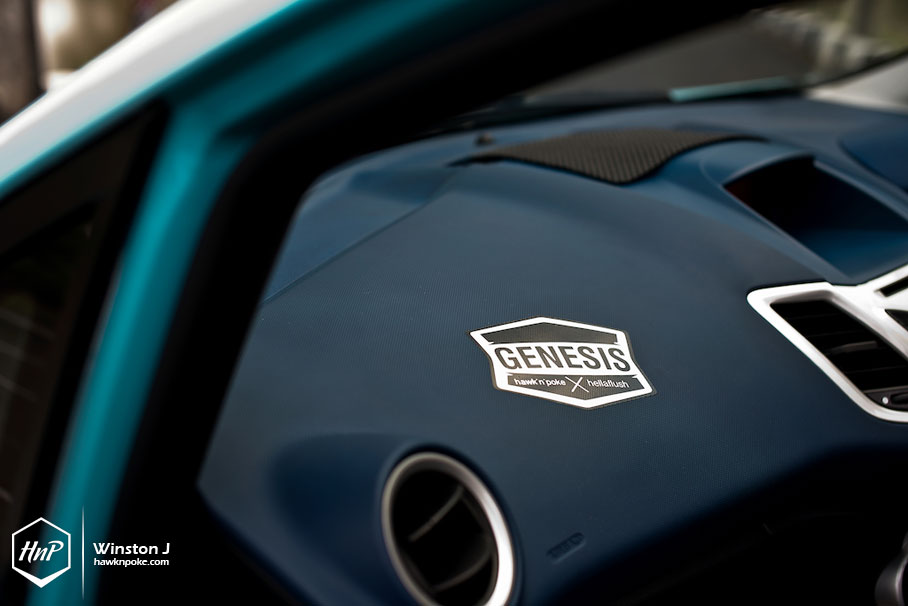 A remembrance to the car show we did earlier this year – the GENESIS. Check out our site often for our announcement to next year’s even-better creative events. 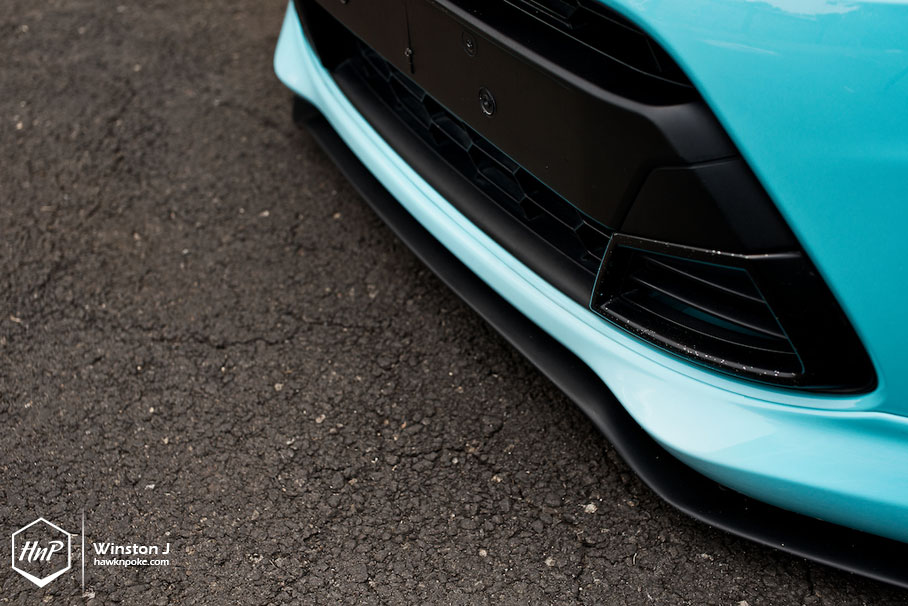 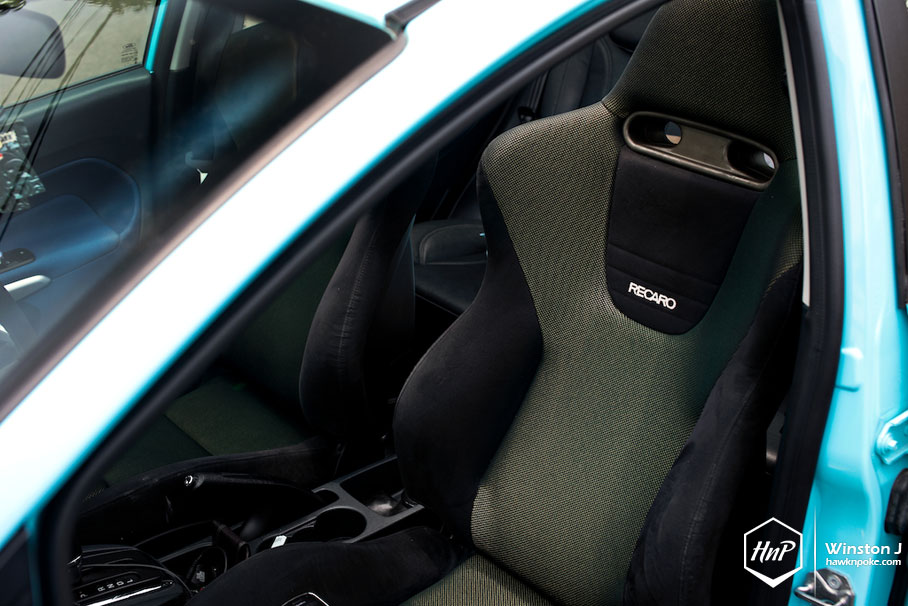 What’s next? Kenji is planning on having a wider bodykit installed to his Fiesta, so that even wilder spec of wheels can be fitted. A turbo-kit installation has also been planned for the future!