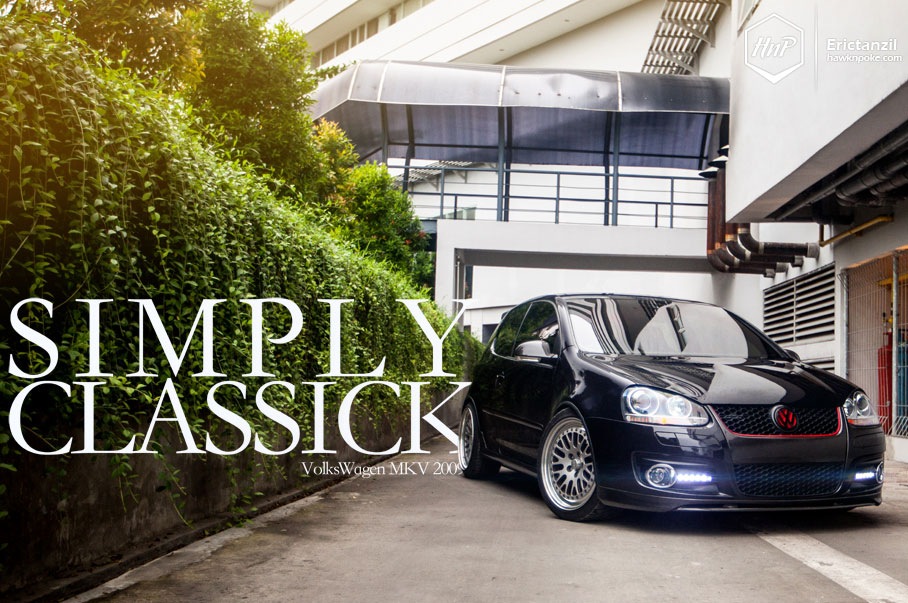 I used to think that Golf’s are boring and GTI’s are overpriced ($57k over here vs $25k in US). Leave the R alone, $80k for a hatchback was utterly unjustifiable for me. But then one day I got to sit in one of my friend’s GTI; after that one drive behind the wheel of the GTI, my shallow perception was left changed forever.

As he drove me around the city, the GTI felt like a gentle, comfortable and yet delightfully pretty quick car. But then, climbing up to the highway ramp, he put the pedal flat on the floor; the tame beast surprisingly spun its wheels so fast it’s losing tractions even past second gear. Shifting the DSG to S-mode on the highway made it dash even more, overtaking other cars very very easily with its turbocharged 2.0L engine. That experience left me believing that the GTI is in fact a perfect combination of both comfort and performance at its price. Two-car characteristics balanced perfectly in a single car. Meet Hendra, the owner of this K04 GTI we are featuring today. GTI’s signature traits must have lured him into buying one; but unlike me, he’s determined to derive maximum performance out of his, while still maintaining the German’s comfy interior. 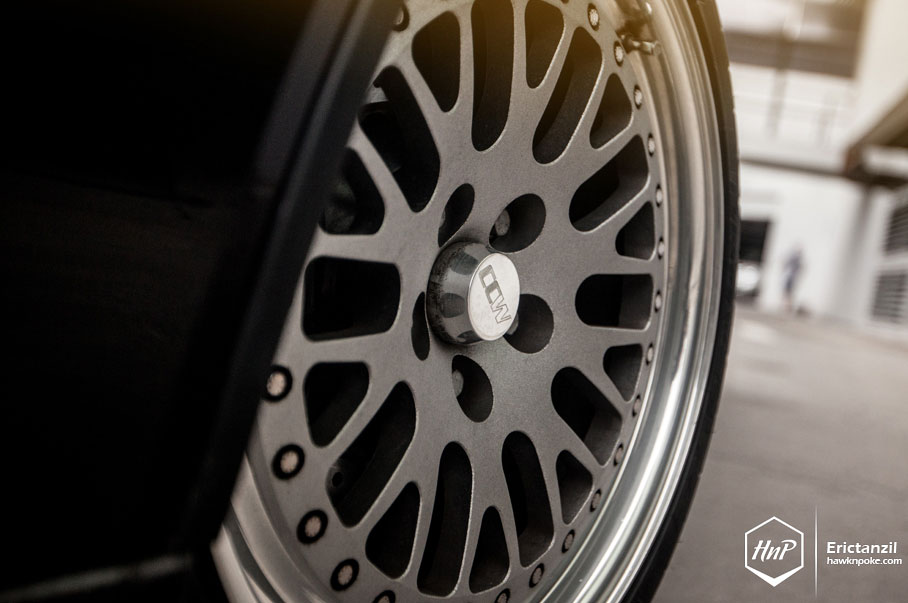 His most recent update on the car is the set of CCW Classic’s, replacing his previously installed BBS wheels. The worldwide popularity of lowered VW’s on CCW’s must’ve lured him into installing these step-lipped custom made jewels. 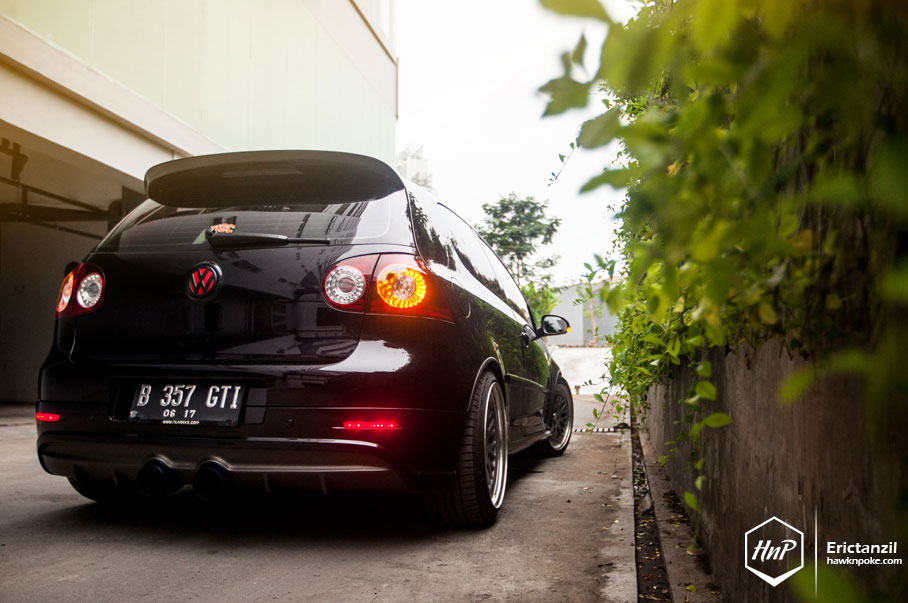 What you can see on the outside of this GTI are the least of the mods. Peeking underneath the bonnet reveals the massive work that’s been done to the ride. Starting his mods in 2009 with a Stage 1 tune, Hendra found himself constantly craving for more power, thus ending up with the K04 turbo swap you’re looking at today. Faced with the limited access to the VW tuning world (he lives in Surabaya by the way), Hendra relied much upon the internet to guide him in choosing modification parts. 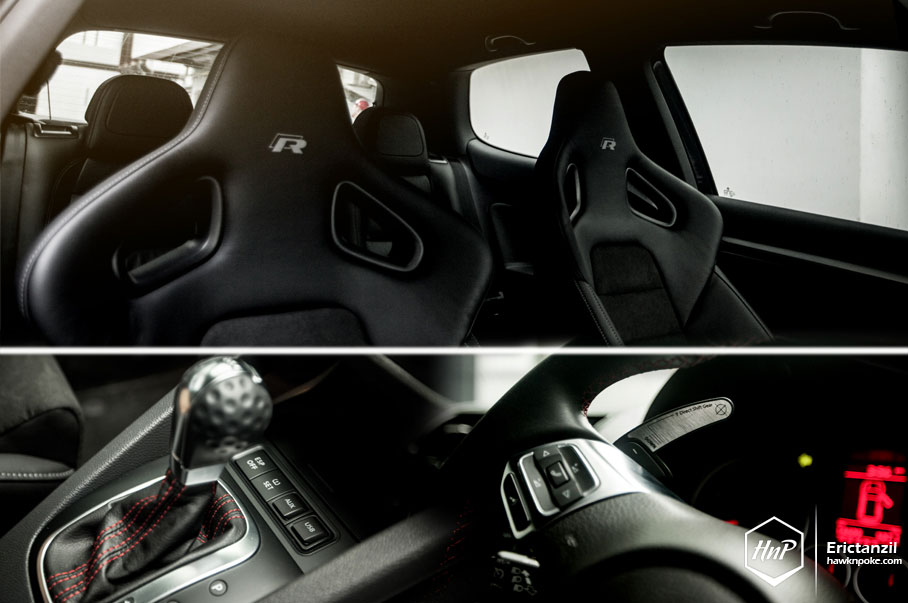 Moving on from the engine works, Hendra found himself intrigued by the endless amount of mods that can be done to both the exterior and interior of the car. The R seats and MK6 retrofitted climate control, for example, are two of the most subtle yet challenging interior mods he made. Oh, and the Golf-ball shaped DSG shifter has also added a nice touch too! Exterior-wise, the rear lamps have been replaced with LED versions, and the R32 rear valance has added a much sportier look ro the rear end of the car. 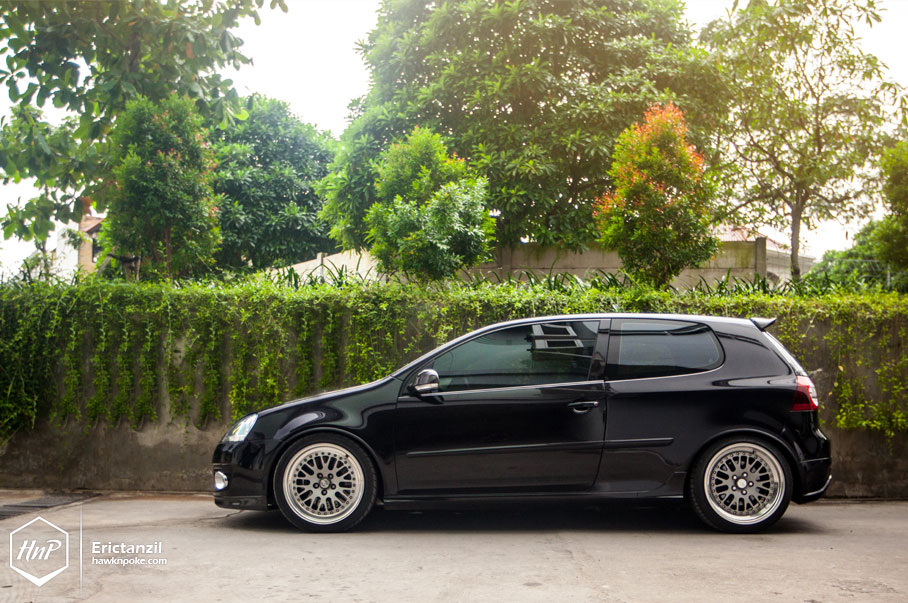