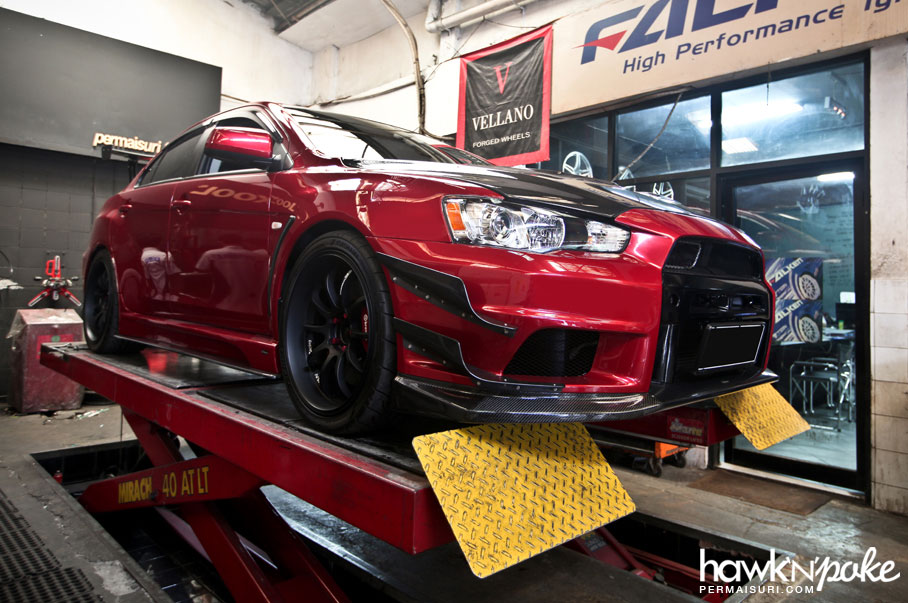 Meant to Be // Evolution X on Advan

Plenty of problems can arise in the process of modifying a car. In most cases, those problems are caused by premature and bad decisions. Let me put it this way. Back then when I was a kid, I once received a Honda S2000 remote control as a gift. It was the fastest RC car I’ve ever had at that time. The day I put in the batteries and switched on the little racer was the most exciting day I could remember. A couple of days then passed and the excitement went down quite significantly. Okay the RC’s fast, the RC’s cool, but my neighbor had another one that looked exactly the same. What happened when the excitement went down and the ego struck in? I immediately thought of modifying it. A couple of searches on the Celeron computer I had had inspired me to replace the dynamo to make the S2000 run faster. A minute upon shutting down the PC I found myself gathering Tamiya dynamos, which I believe were faster, to replace the RC car’s dynamo. Boy, was I so wrong! A couple of bolting and soldering hours later, the RC car ran worse than it did before. I then had to refit the factory dynamo back into place, with a fifth-grader soldering work that looks like s#!t compared to the manufacturer’s work. I ended up having a crippled RC car that’s even worse than my neighbor’s. See what I did with the RC car? Truth be told, plenty of folks these days are still doing the same thing to their real life cars. 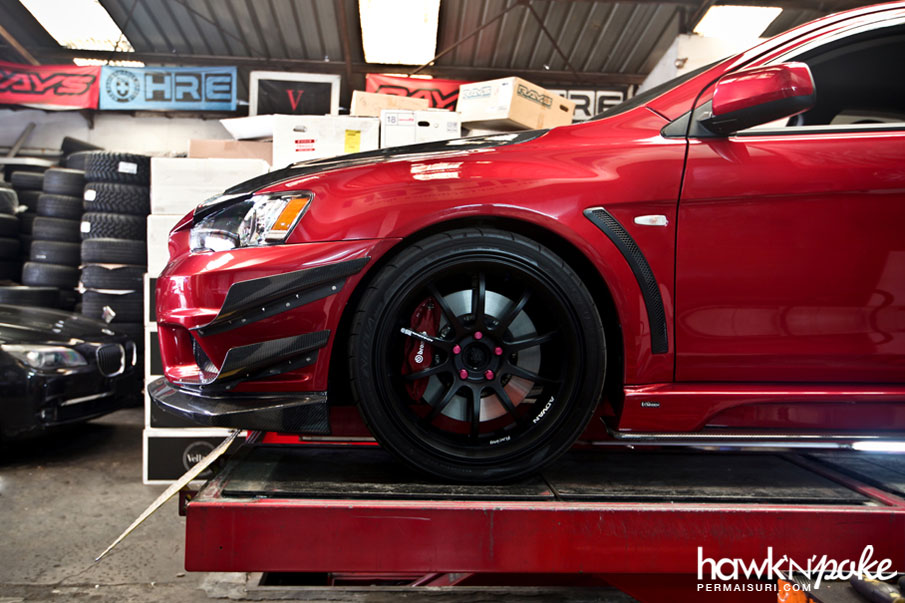 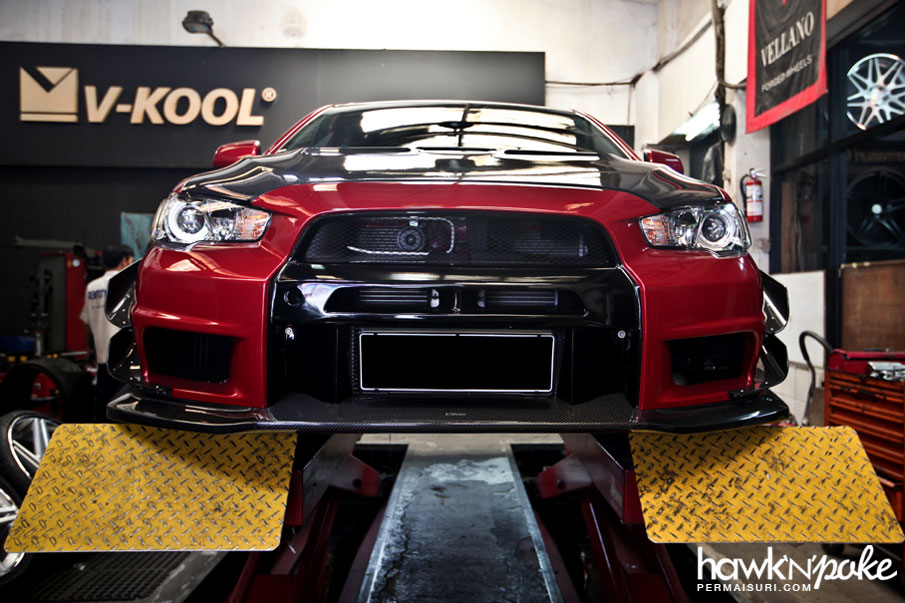 Money can’t buy taste they said. It’s so true. When it comes to car modifications, one have to start with the planning process. You can’t simply jump into the internet and find whatever you think is good and do it right away on the car. You ought to have a vision on how you want the car to be in the end; you have to observe the trend, ask a couple of ‘well informed’ friends. Even if you don’t have the complete picture on how the car will look like, at least stick with a single theme. Performance? Stance? VIP? They’re all good if you choose to install parts that can complement one another with the same theme. Once you’ve decided then you can start upgrading with the proper parts step by step. If you have the money then you can do it all at once; but if you don’t, please don’t settle for second bests. Stick with your plan. Don’t repeat what I did with the RC car, replacing its dynamo with a worse Tamiya dynamo. Save up your cash and buy the parts you’ve planned! 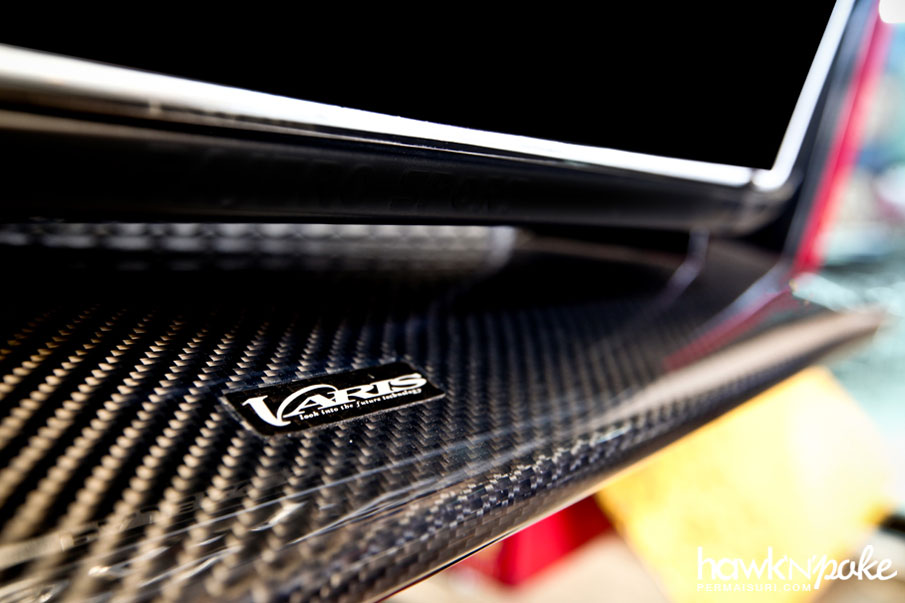 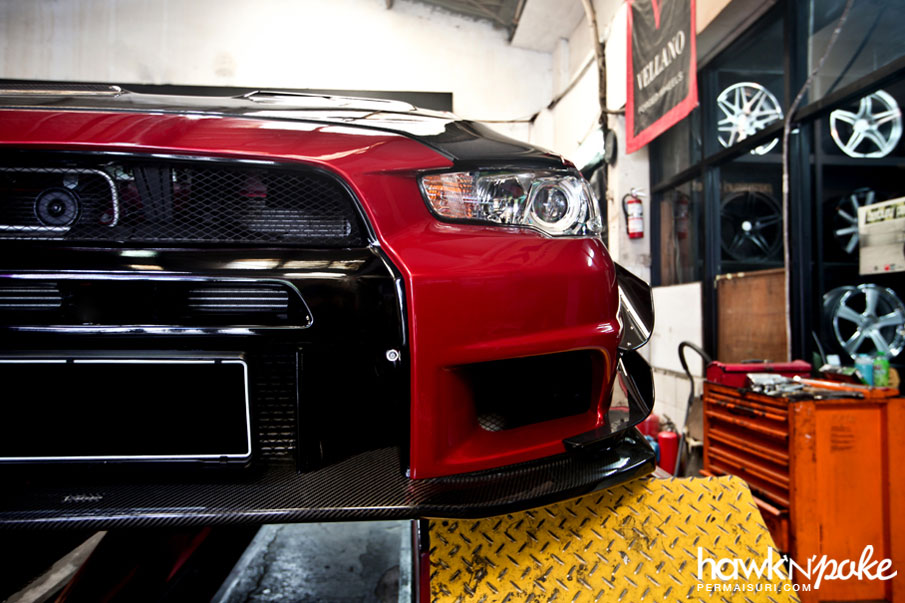 Apart from jumping too quick on decisions, I’ve also seen a lot of people who do cheap mods in a hope to get an uber cool result. This thing simply doesn’t work that way. Replacing your Toyota badge with a Lexus badge won’t make your car any nicer, putting on huge wings wouldn’t make it accelerate any faster, and replacing your OEM ‘original’ wheels with knockoffs/replicas won’t make you ride any safer. I can go on forever with these cheap mods being unequal to cool mods examples. Let’s put it this way. Imagine you’ve managed to replace every single part of your Japanese car with aftermarket replicas, wouldn’t you end up having a 100% replica car? That’s downright pathetic. Even more saddening are cars which have been 100% modified to look like another car. People will look down on you and say you’re too cheap to afford the real deal. Okay, enough of the ‘edutaining’ session, I’ll show you what’s proper: this Evolution X sent in by Permaisuri. Oh, one more thing, it is also important for you to consult your modification ideas with aftermarket parts shops. Don’t rely on those shops which are simply focused on taking out every single penny you have. Instead, look for the trustworthy shops with which owners/salespersons you can talk to and consult. One of these shops, I believe, is definitely Permaisuri. 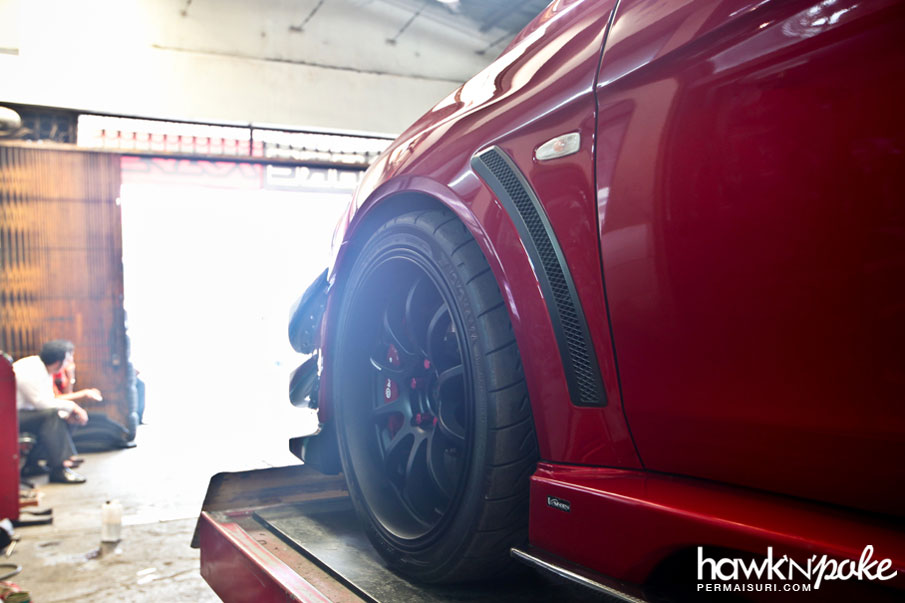 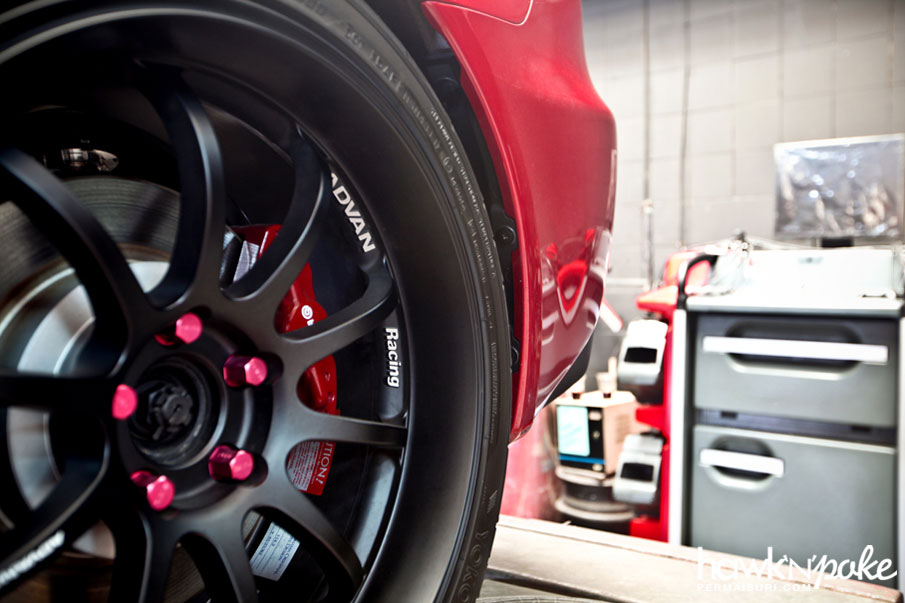 The Evolution X sports a complete set of Votex bodykit with carbon fiber parts, including hood and trunk. For the wheels, the owner chose a set of black Advan RZ-DF. The whole red and black theme has been executed flawlessly. The carbon parts gave the black contrasts while the red Brembo calipers seductively sneak out of the wheel spokes. Looking at such a car, I could definitely conclude that the whole modification theme has been well planned. Every single part on the car is meant to be there and it is there for a purpose. This is right. This is proper. 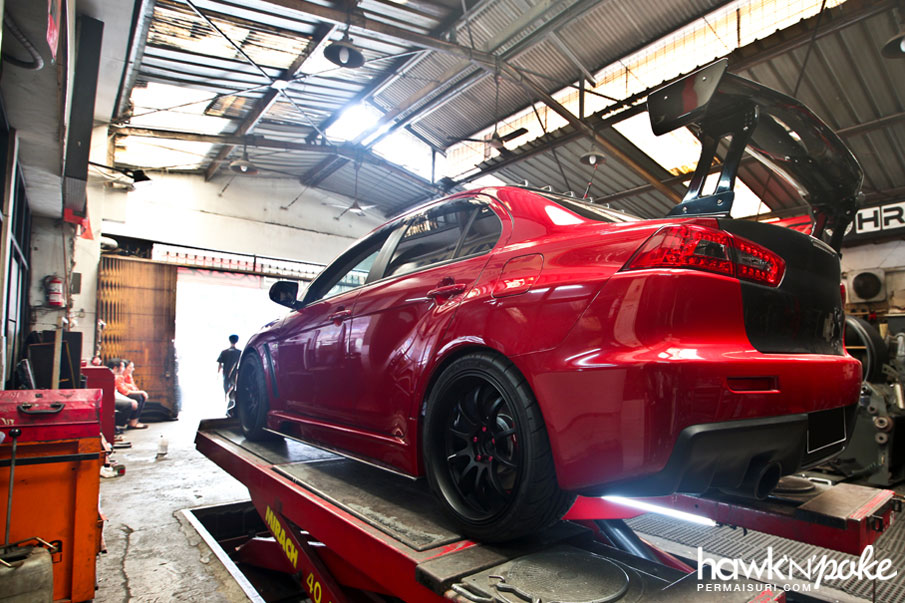 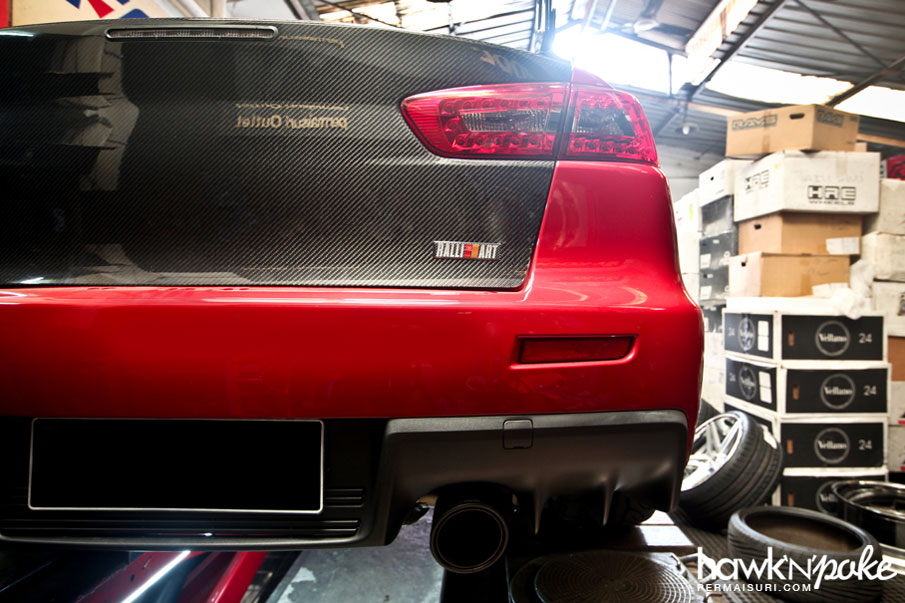 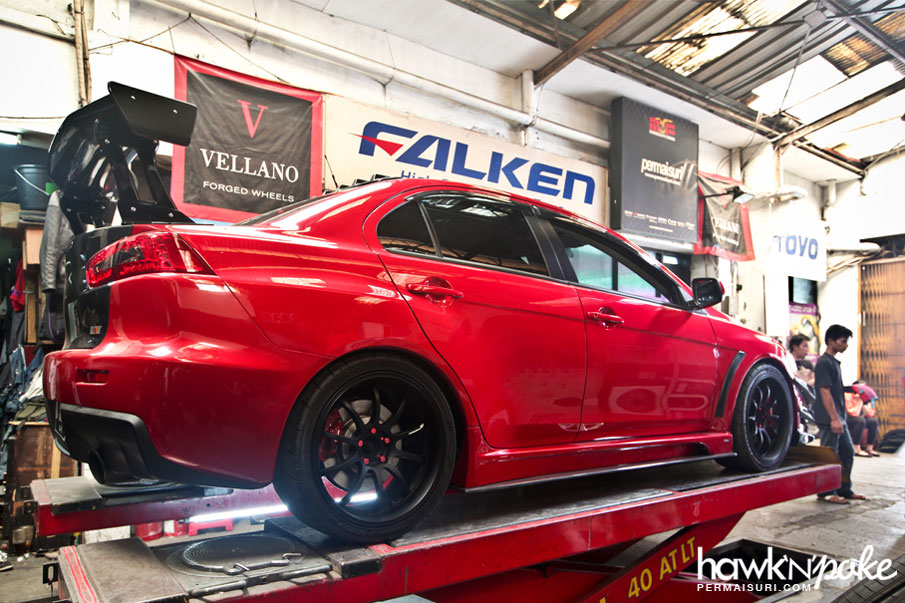 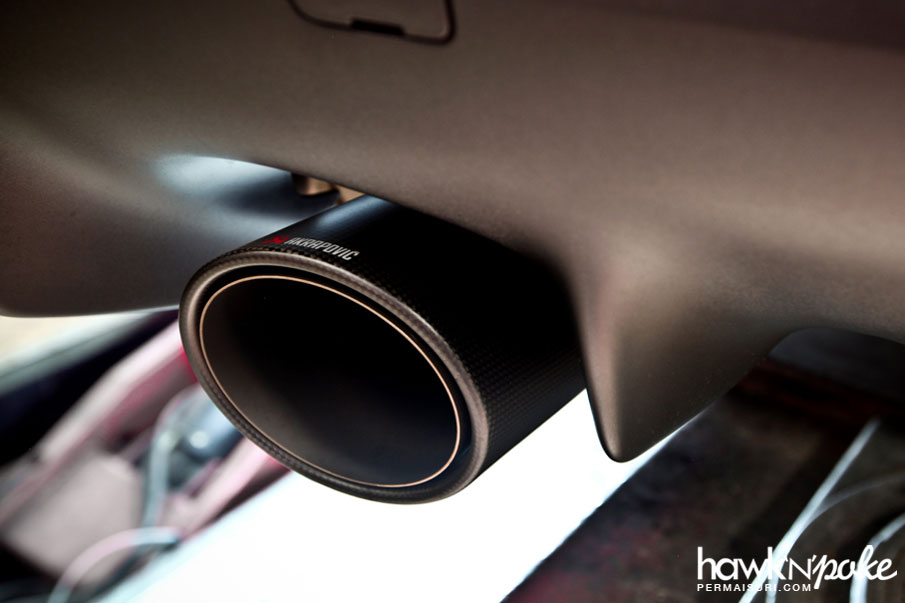 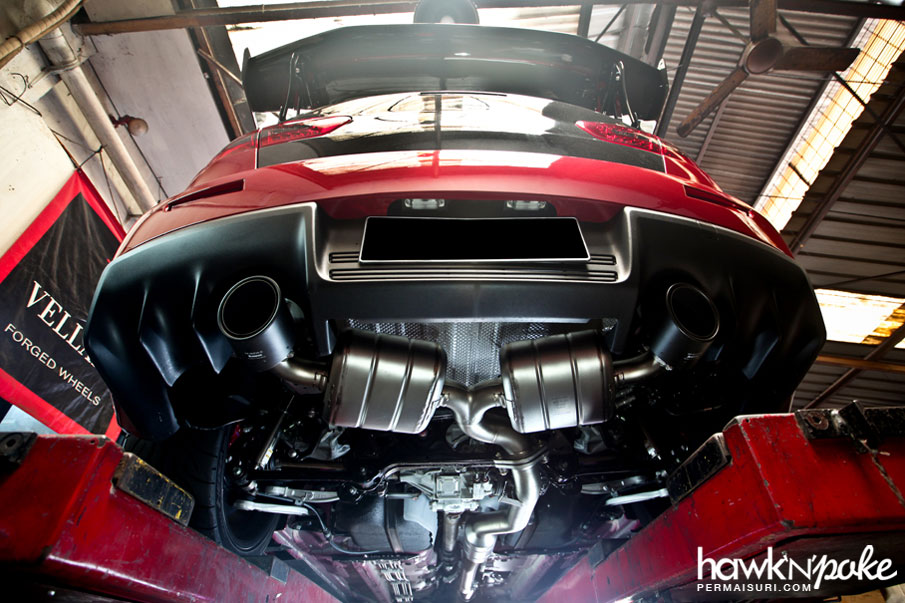 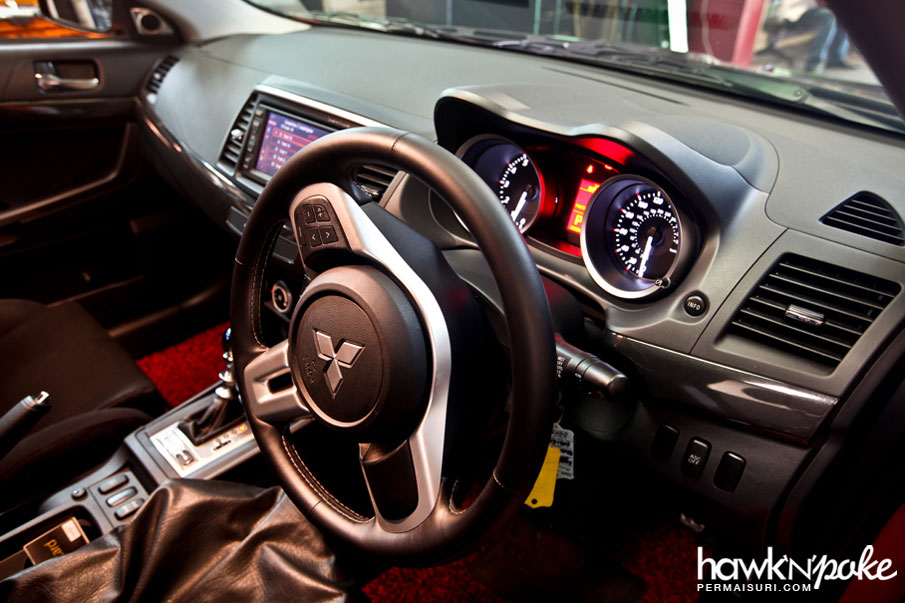 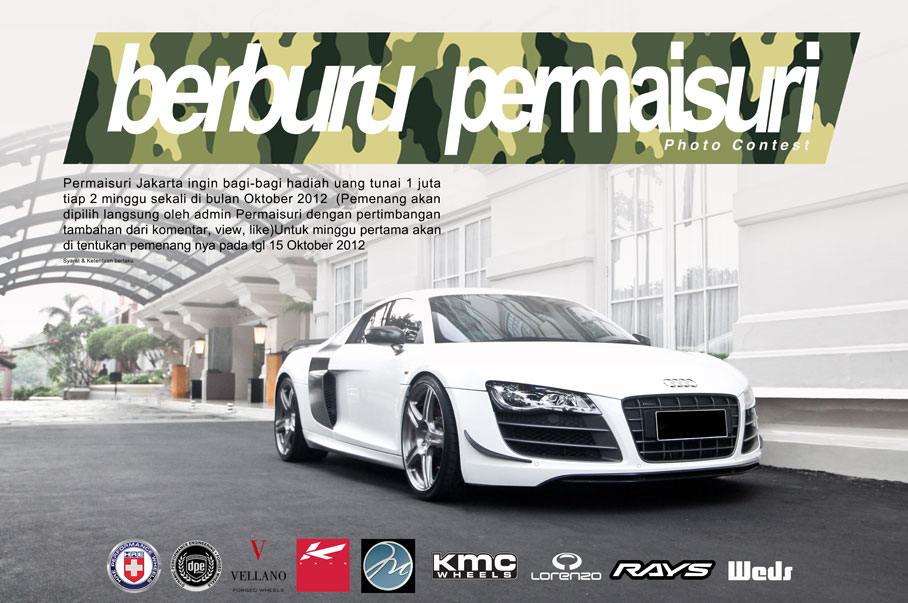