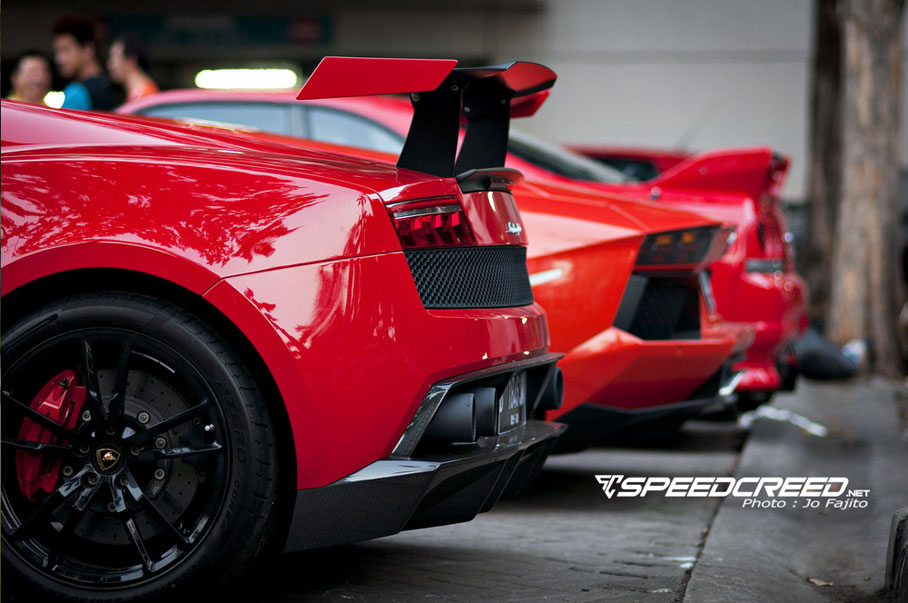 SLS, Aventador, Gallardo, GTR, M3, M5, and the list goes on for Speed Creed’s current members. The expanding sports car community recently held a Merdeka Run specifically attended by red, and white cars. The event was held on 18 August 2012 and crowded by quite a lot of performance oriented and exotic cars. Owners whose cars were unfortunately neither red nor white decided to wrap theirs into different shades of red/white at Wien’s Sticker. It shows just how much Speed Creed members respect their country’s red and white pride. More info visit: SpeedCreed.net →.

Want to have your community featured at hawk’n’poke?
Drop us an email at hawknpoke[at]gmail[dot]com or simply fill in the form below.