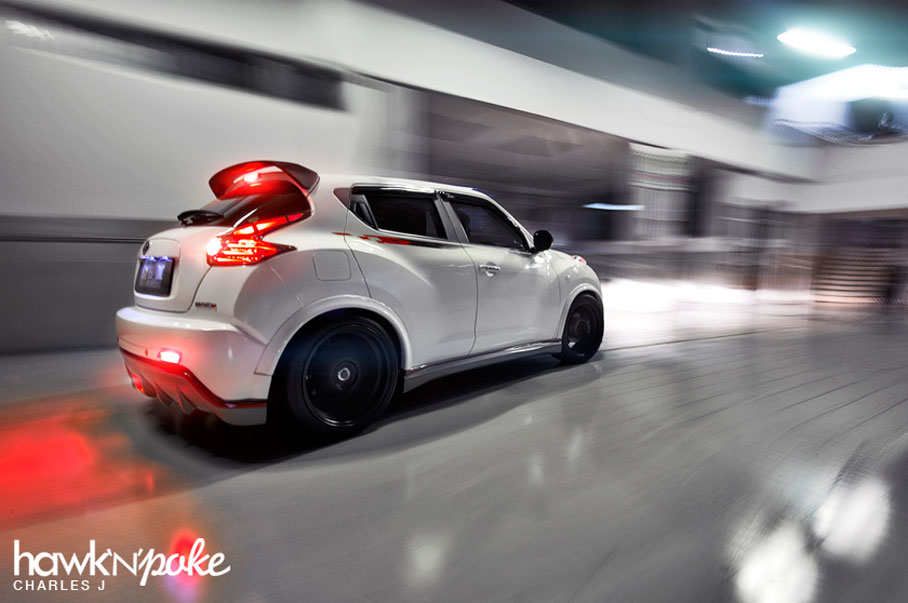 Quite a few days have passed ever since our latest feature. Some of our editorial members are currently having a holiday and myself has been overseas and faced with a difficulty in getting access to the internet. However, today we are finally able to show you this awesome Juke owned by Daniel (owner of Sahara, PIK) who is determined to transform his Juke into a well-rounded performer. 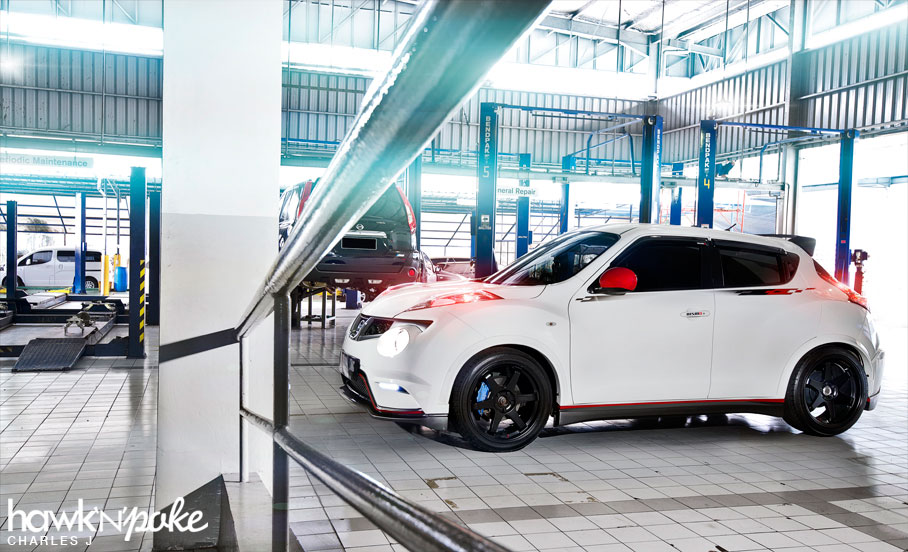 The Nissan Juke was introduced by Nissan Japan in the year of 2010 and has shortly after been locally produced by Nissan Indonesia for the Indonesian market. The Indonesian Juke’s price and engine specifications were set to compete with the Honda Jazz, Swift, and other popular city cars. Unlike the overseas availability of a 1.6L turbo engine, the Indonesian Juke has only been supplied with a 1.5L engine. This had been quite a disappointing news for Daniel, who had eagerly been waiting for the 1.6L Juke’s arrival in Indonesia. This disappointment has further fueled Daniel’s plans and intentions in modifying his ride. 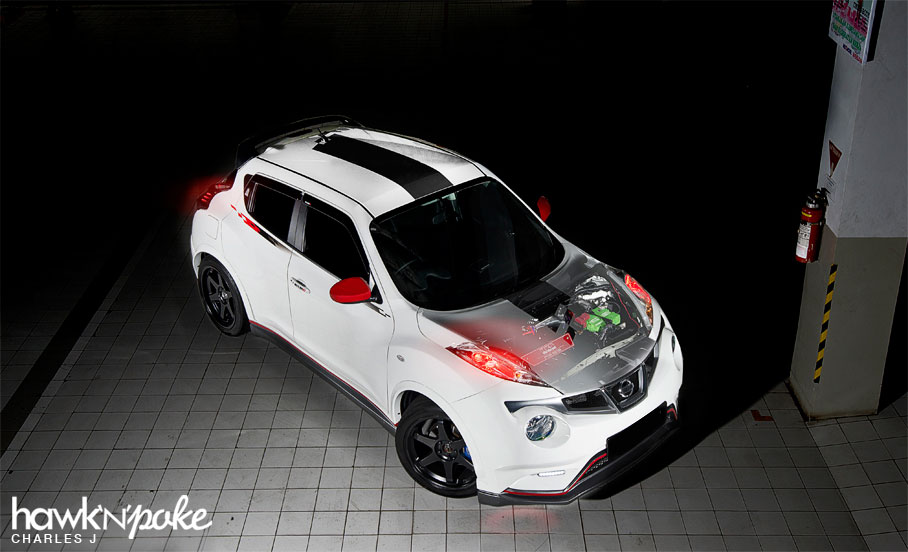 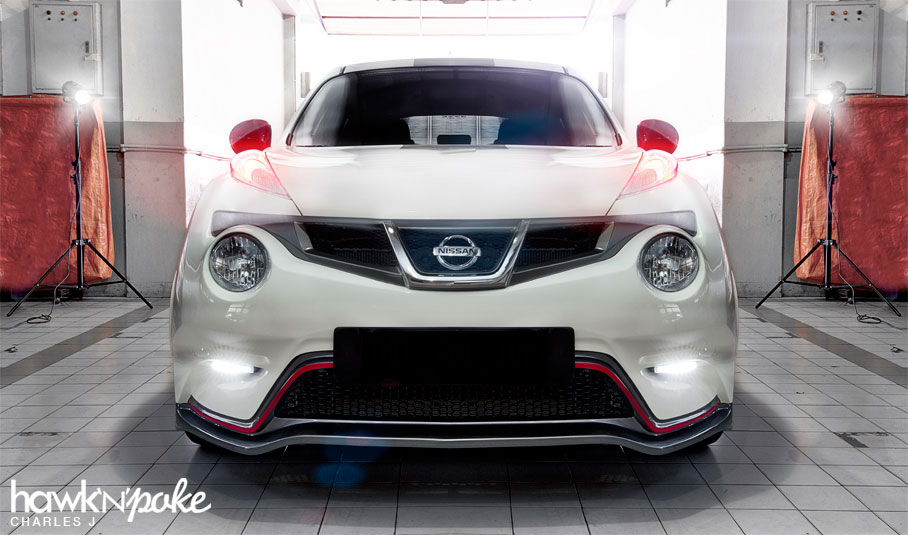 There has been two main objectives in which Daniel has targeted his modifications at: performance improvements and contest-worthy appearance. In the appearance sector, Daniel has chosen a full Nismo theme, along with the Nismo body kit, decals and accessories. He intended to make his car look 90% Nismo, plus 10% personal touches. 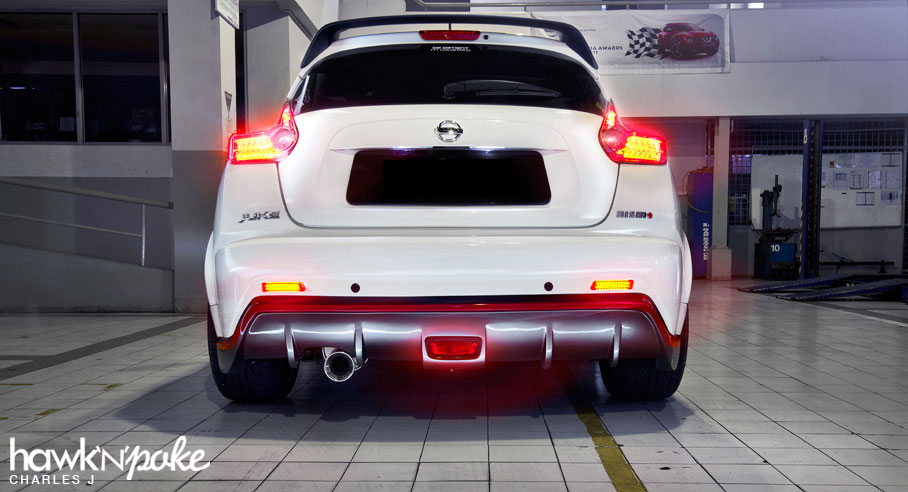 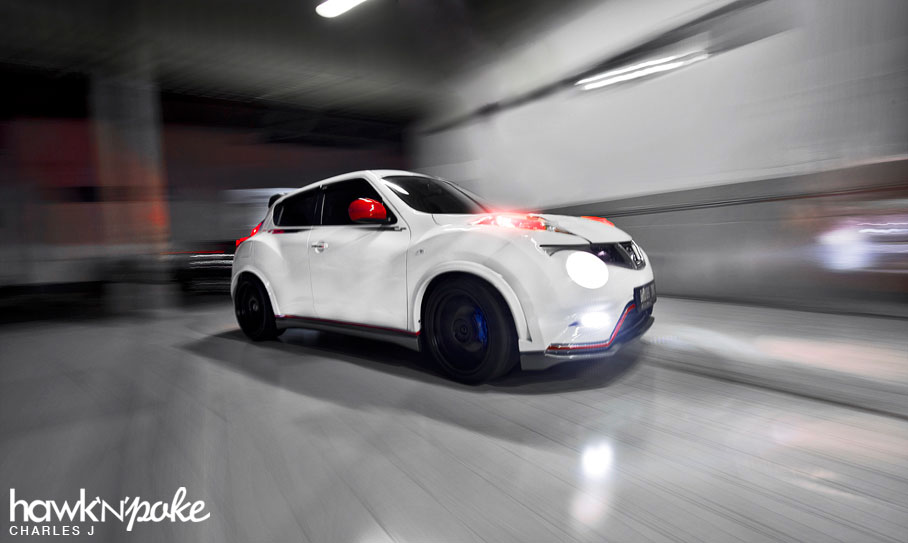 When it comes to performance, the 1.5L stock engine has been far from satisfying for Daniel. Thus, he installed a Dastek Unichip Q+ for a quick and easy performance boost, while still planning for some more thorough performance improvements for the future. 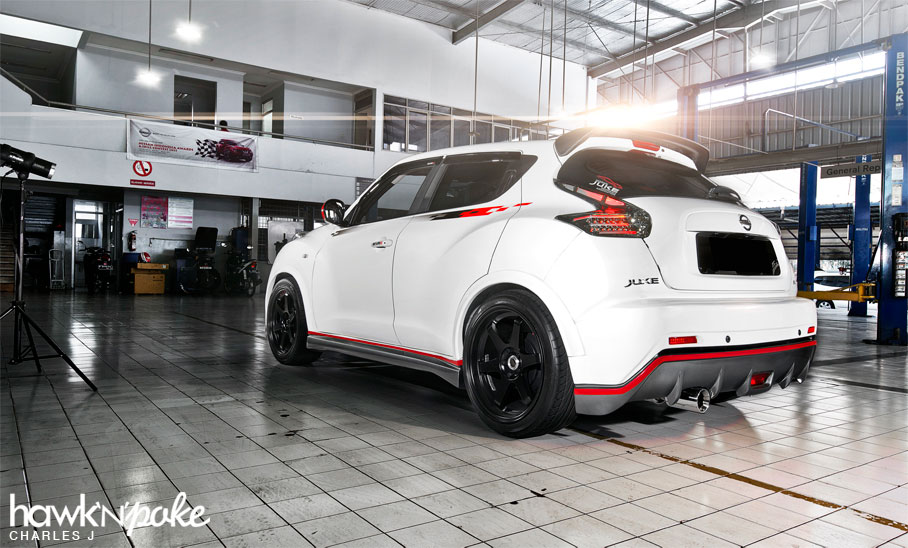 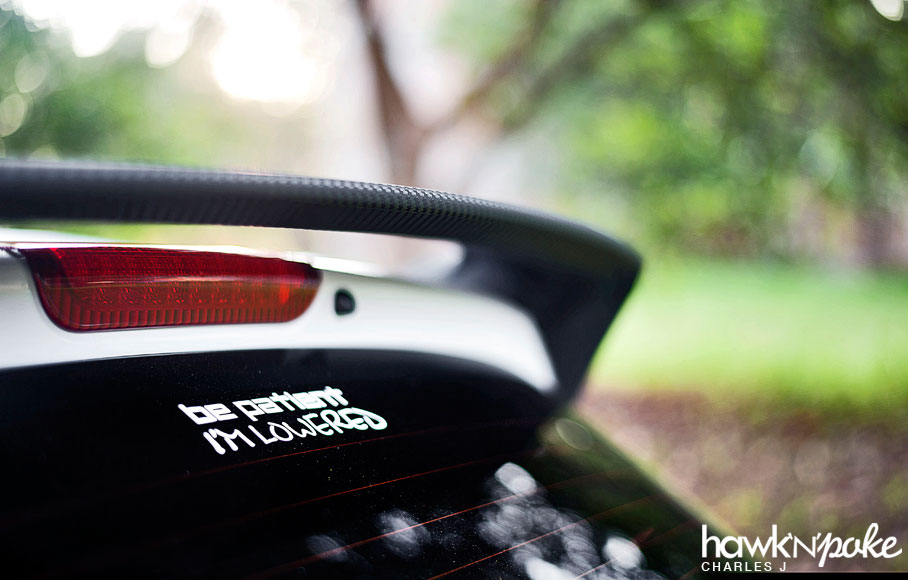 At the wheels and suspension compartments, Daniel chose a set of TE37 wheels which are coupled with a Tein Street Basis suspension system. A set of Under Control underbracings has also been installed to improve the handling of his Juke. 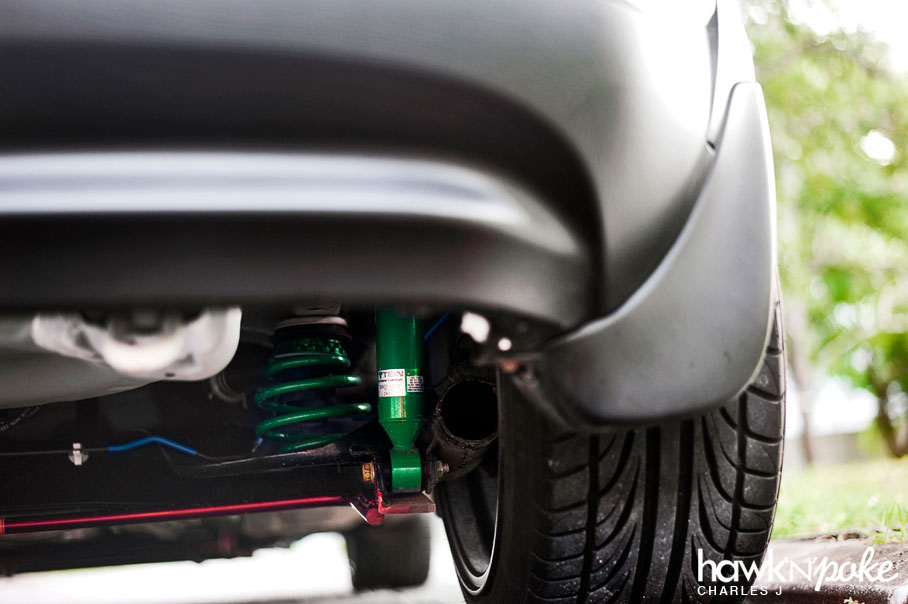