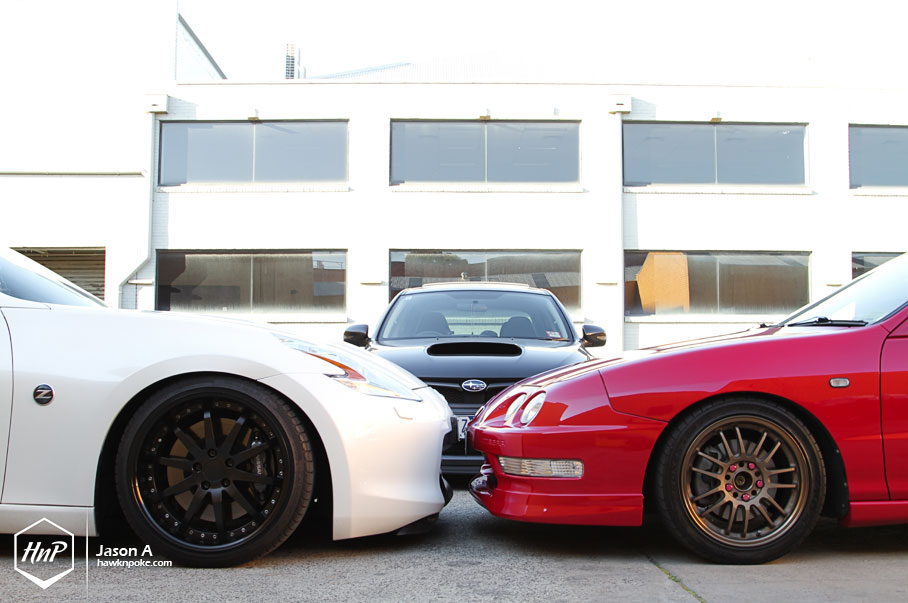 A fresh send-in for today’s article came from Jason Alvin, a fellow Indonesian HnP contributor currently living in Melbourne. Through his set of pictures and story, he’d like to offer us a unique insight into the three different Indonesian-owned builds he’s been frequently hanging out with. First up is Yohanes’ 370Z on Gnosis, then there’s Jason’s personal Integra Type R and also Ryan’s Impreza on a set of custom-spec CCW wheels. I’ve personally seen some pretty wildly modified Indo-owned rides out there in Australia, and I shall admit that us Indonesians are amongst the most enthusiastic towards car mods! Scroll down to know more about these three IndoMelbournians! 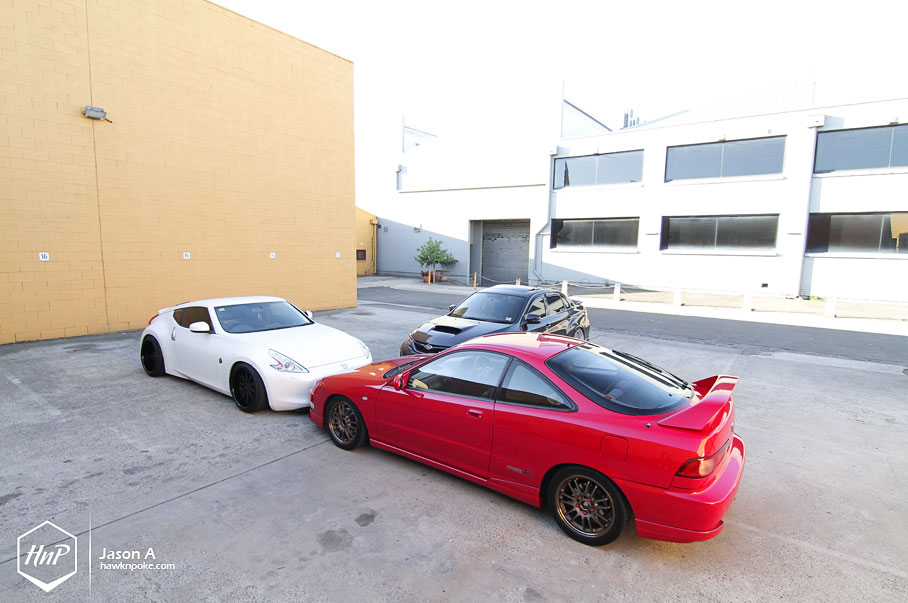 For the majority of us, our love for everything automotive often start early in our youth. I personally still remember my childhood memories of collecting Hot Wheels and taking apart Tamiya race cars to squeeze more speed out of those tiny dynamos. For Jason (Integra) and Ryan (Subaru), this is also the case. Jason has always been a die-hard Honda fan for as long as he could remember, and Ryan has also been following and breathing everything automotive ever since his high school days. Yohanes (370Z), on the other hand, has a totally different story. It wasn’t until during his stays in Melbourne that he started having interest towards cars. 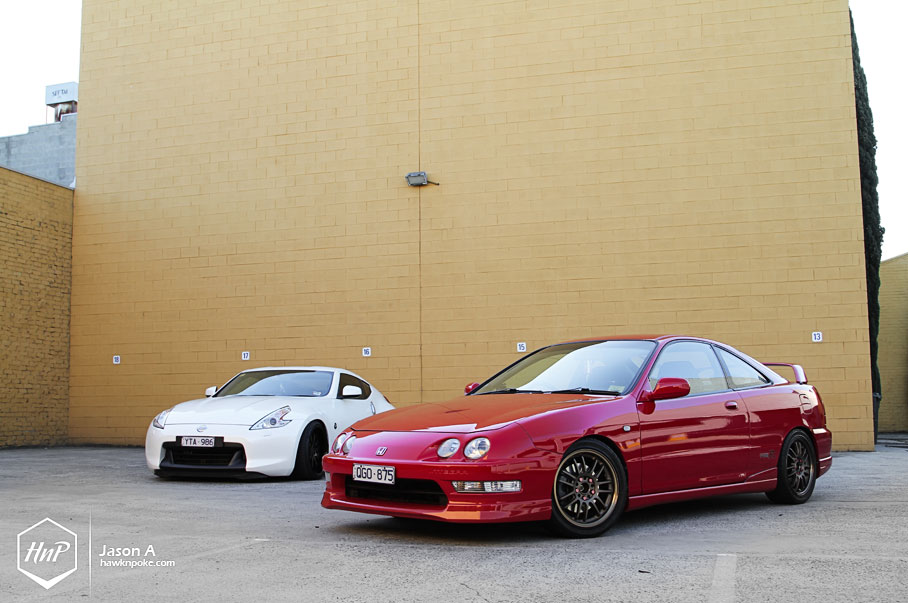 Time-travelling back several years, Yohanes (370Z) didn’t even care about cars when he was still in Indonesia, let alone modifying cars. Despite having a brother who owns a workshop (Hybrid Autoconcept) in Bandung, Yohanes wasn’t really into cars at that time. However, as he journeyed into the land down under, he was rather surprised by the reasonable pricing of the Japanese sports cars over there. A brand-new 370Z costs around AUD 60,000 while second hand prices can be as low as AUD 35,000. Same car would’ve costed more than Rp 1.5b over here. 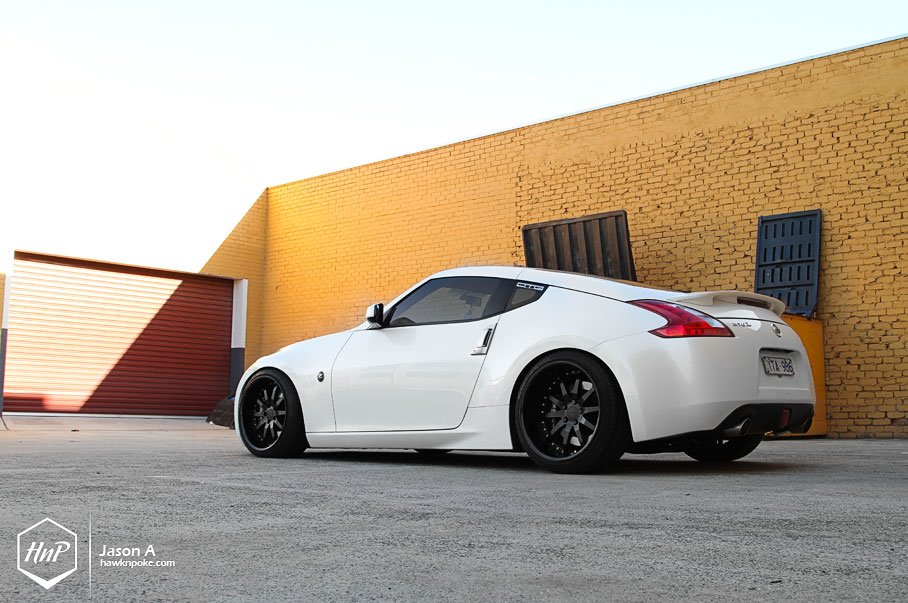 Wanting to find a car that’s rarely found in Indonesia, Yohanes was faced with three different options: Audi TT, Nissan 350Z and the 370Z. Living in the land down under presented Yohanes with the opportunity to drive better cars for the same amount of money he’d spend in Indonesia. Dream-come-true. 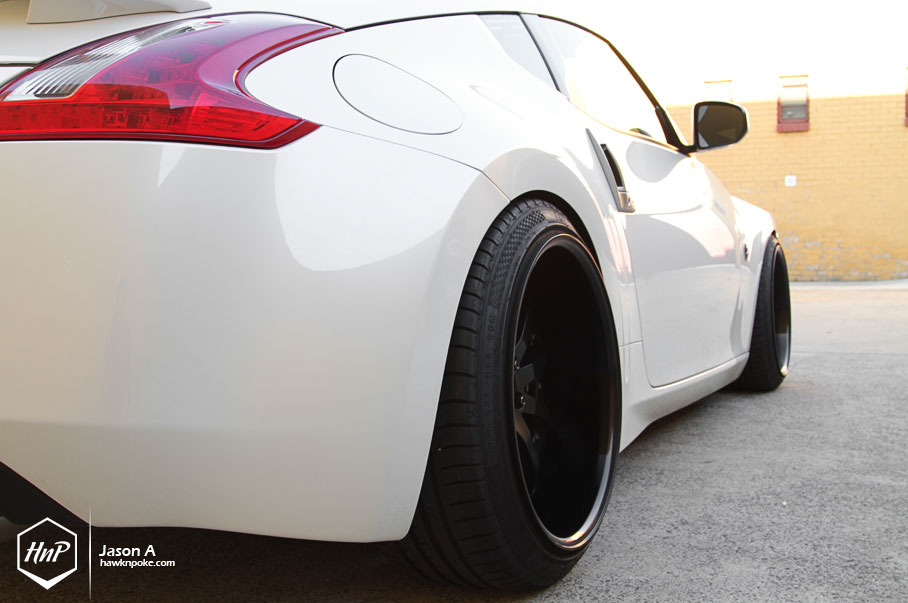 His choice fell down to the 370Z you’re looking at today. Having friends that are so passionate in all-things automotives, Yohanes couldn’t help but to try modifying his beloved coupe. First mods were these pair of aggressively-specced Gnosis he acquired from a friend, plus lowering springs. Not content with the amount of lowering the springs gave, he then switched over to a set of BC coilovers. 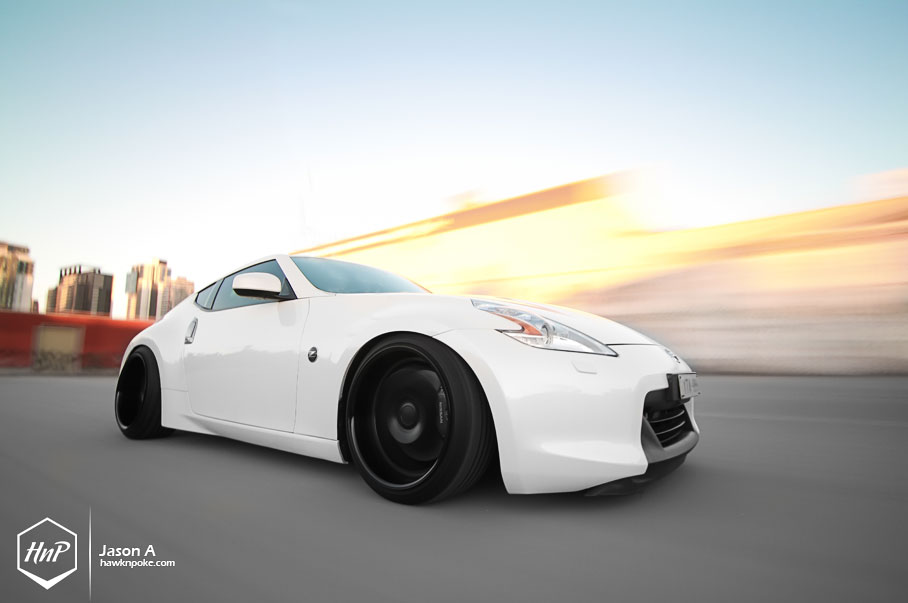 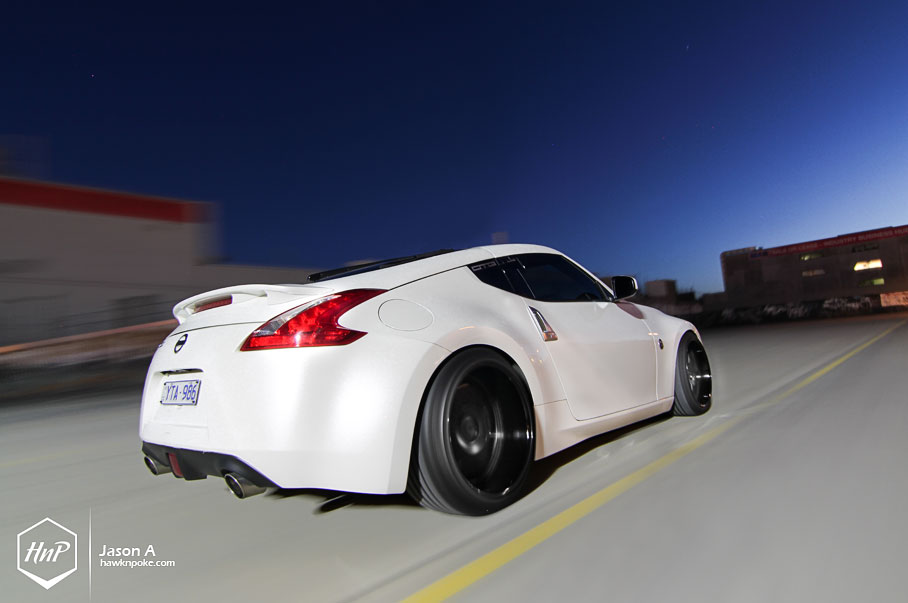 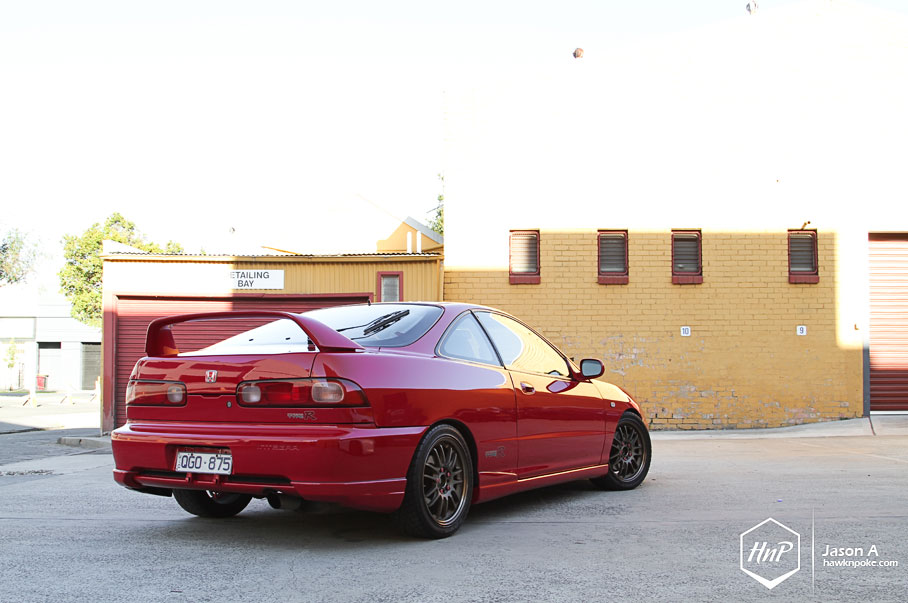 Jason used to drive a Toyota Kijang back in the days he was living in Indonesia, despite being a true Honda fan. There was simply no opportunity for him at that time to own a Honda. However, as he migrated to Melbourne for his studies, he took the time to make his dream come true – owning a Honda coupe. Saving his hard earned money from the part-time jobs he had, he planned on purchasing an EG or EK initially. However, after a year with no luck in finding a reasonably priced one, he cashed out his savings to get this DC2R instead. 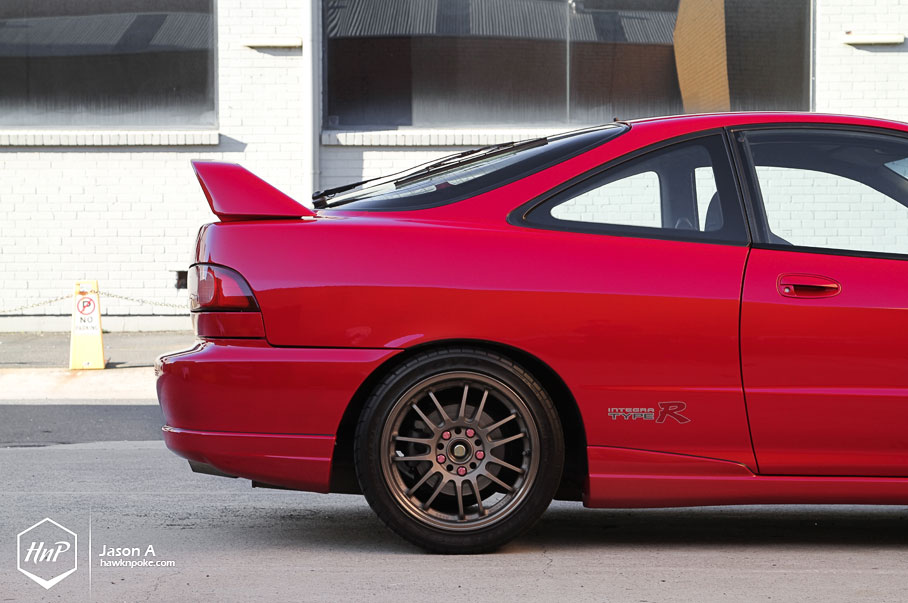 Jason admitted the Integra wasn’t one of the most well-maintained 2nd hand cars when he bought it. Swirl marks, scratches, and even spider webs everywhere under the hood. However, his hobby in car detailing and cleaning turned this situation around into the perfect project car for him to start with. Simple, functional mods were all that he has planned for his JDM ride. That’s why he sticked to safely specced Volk Rays as his wheels of choice, unlike Yohanes who’s aggressively installed the wide Gnosis into his Z. 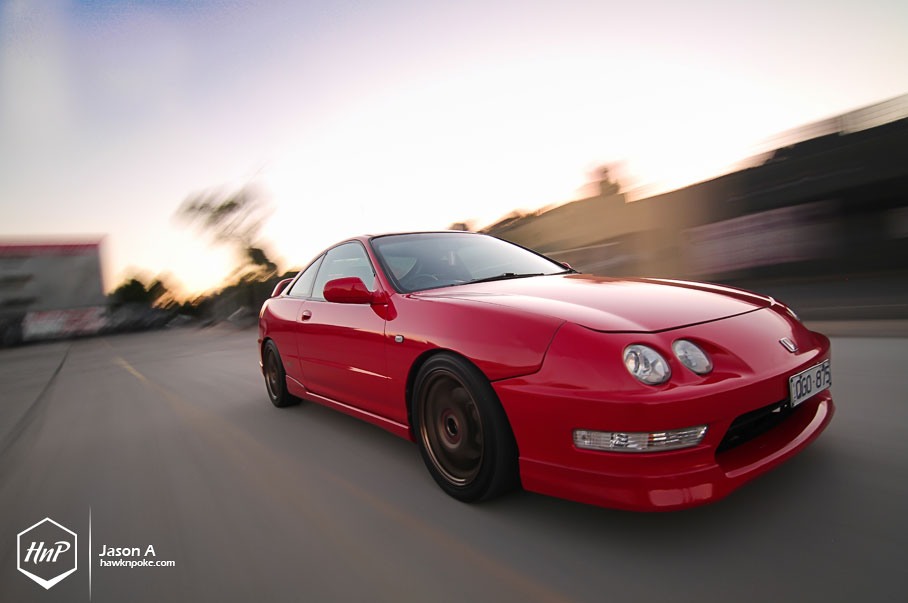 Upon acquiring the car, it took Jason some fourteen hours of detailing to get the car in the condition you see today. The paint has been refreshed and every single inch of the car has been thoroughly cleaned. I truly couldn’t imagine what would’ve happened if detailing wasn’t a hobby of his. Fourteen hours of delicate work. 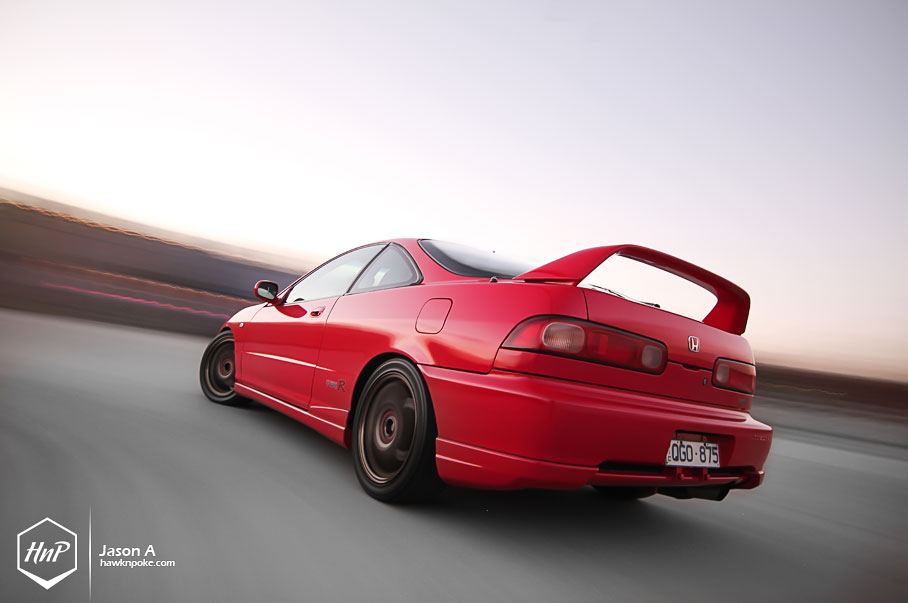 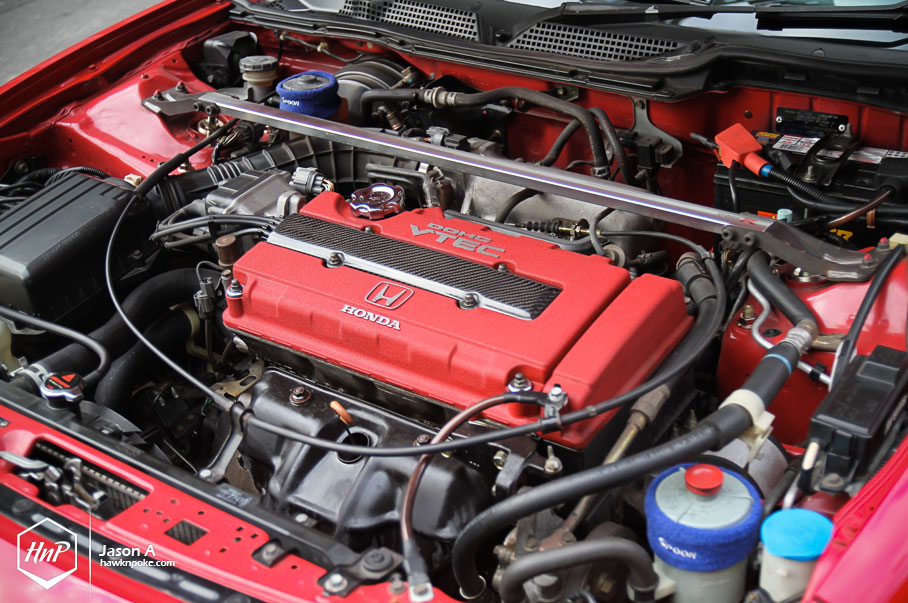 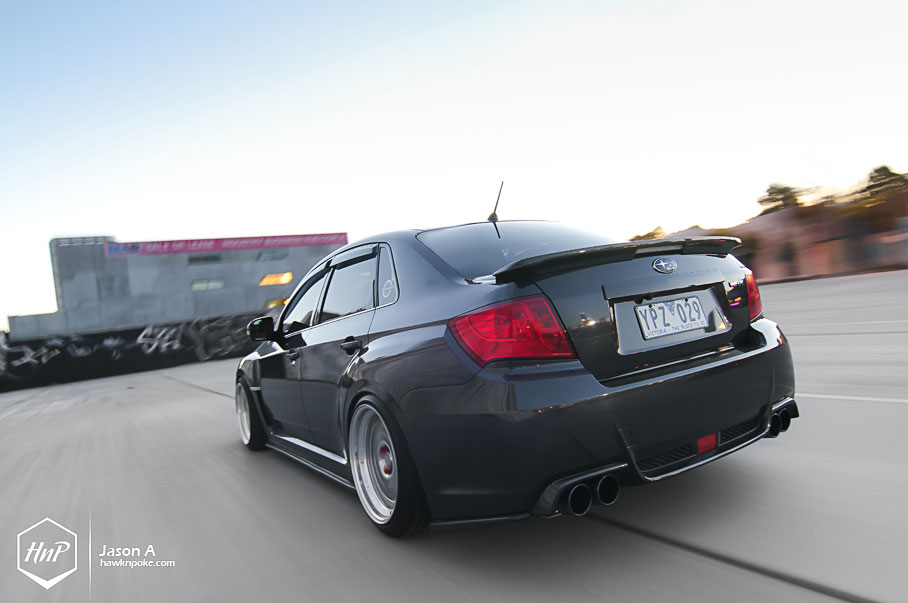 Next up, I’d like to introduce you to Ryan and his cleanly modified Subaru Impreza WRX. Wanting to own the do-it-all Japanese warrior, Ryan considered the Evo and the WRX as his purchase options. Lured by the Subaru’s iconic boxer engine, he then decided to buy the WRX you’re looking at today. An all-wheel-drive all-rounder that’s perfect for daily trips, groceries, as well as being a people-carrier when necessary. 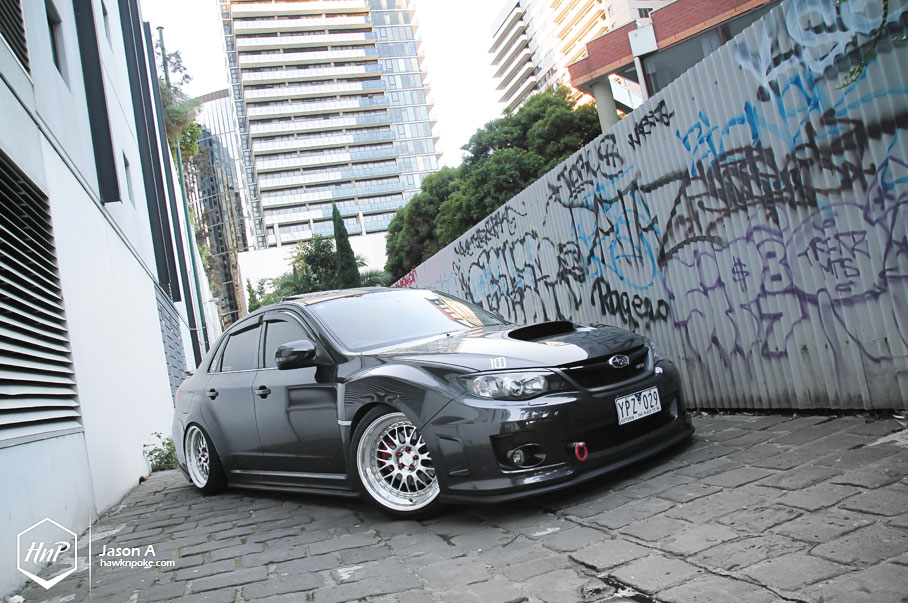 Initially it wasn’t in Ryan’s agenda to modify the ride, as Australia has been well-known for their strict vehicle modification rules. Wheels can’t be too wide, suspensions can’t be too low; basically they’re against everything that the aggressive-fitment crowds are pursuing the days. For road-safety reasons. 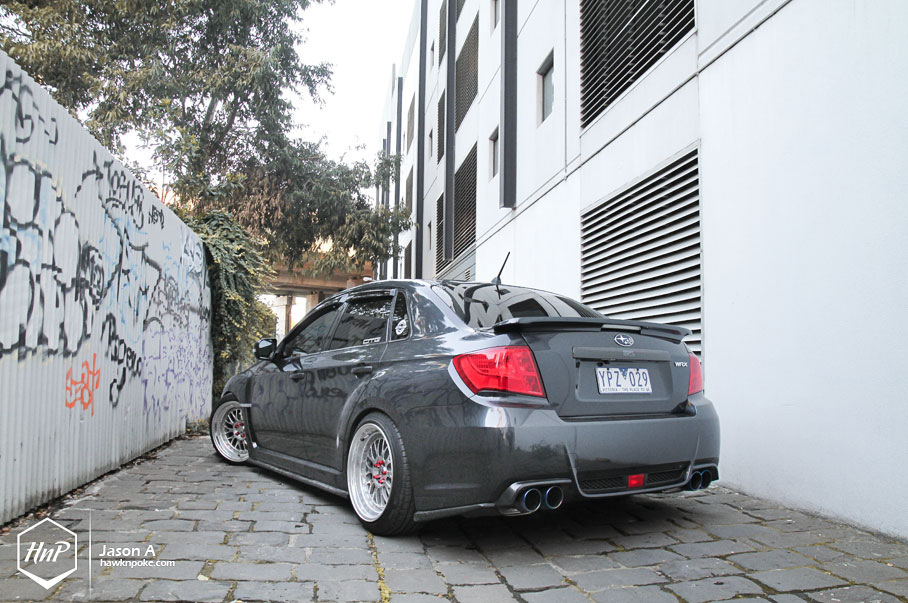 However, just a short period after, scrapped were those initial no-mod plans and Ryan quickly found himself unable to resist the modification temptations. From wheels to exhaust, it all went snowballing from there. His passion for mods simply can’t be stopped by Australia’s strict rules. 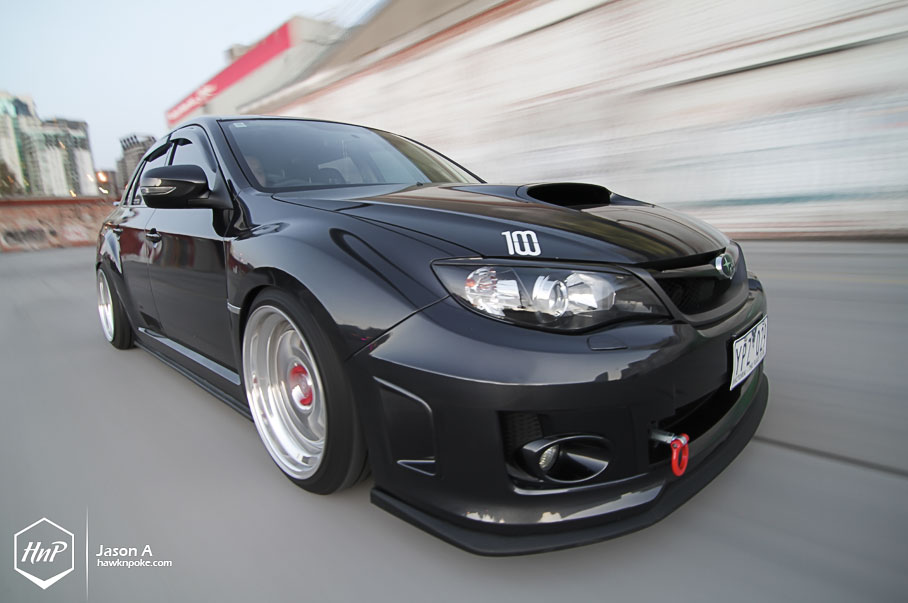 However, owning a Subaru presented a unique challenge for Ryan, especially in finding the right set of wheels that he’d like. Initially he planned on installing a set of Japanese wheels for the ride; but after some thorough searches, he still can’t find one that can satisfy his appetite. Therefore, he went over to the US offerings, and became interested in CCW’s great line up of modular wheels. Capable of building any set of wheels with any bolt patterns and widths, CCW was the perfect solution for Ryan despite the four months wait. Unwrapping this set of LM20 18″x10 after the months-long wait was one of the best days in his automotive journals. 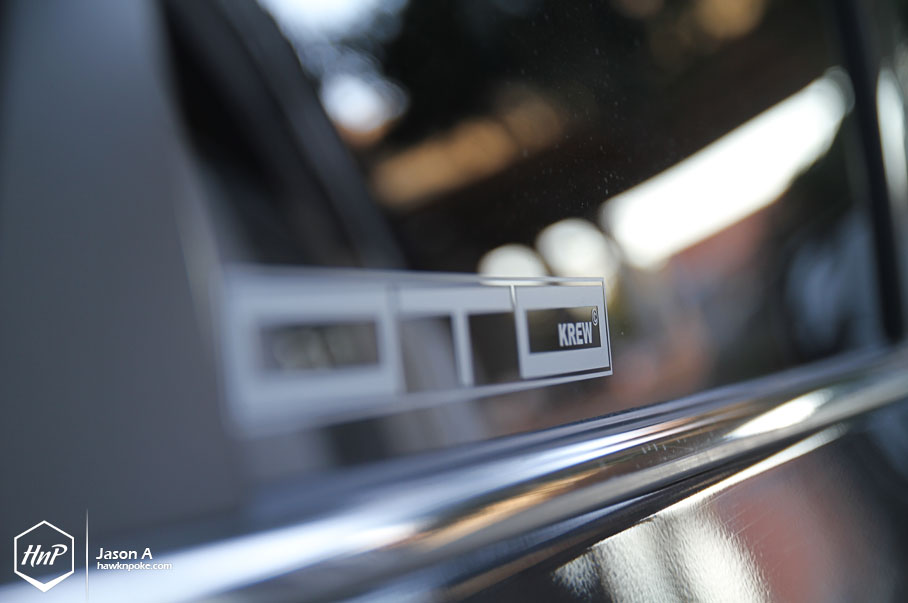 OTO KREW, one of the oldest Indonesian car club in Australia, which is also the club in which these fellow Indonesians are a part of. Can’t wait to receive more Indonesian-owned builds from Jason in the near future!