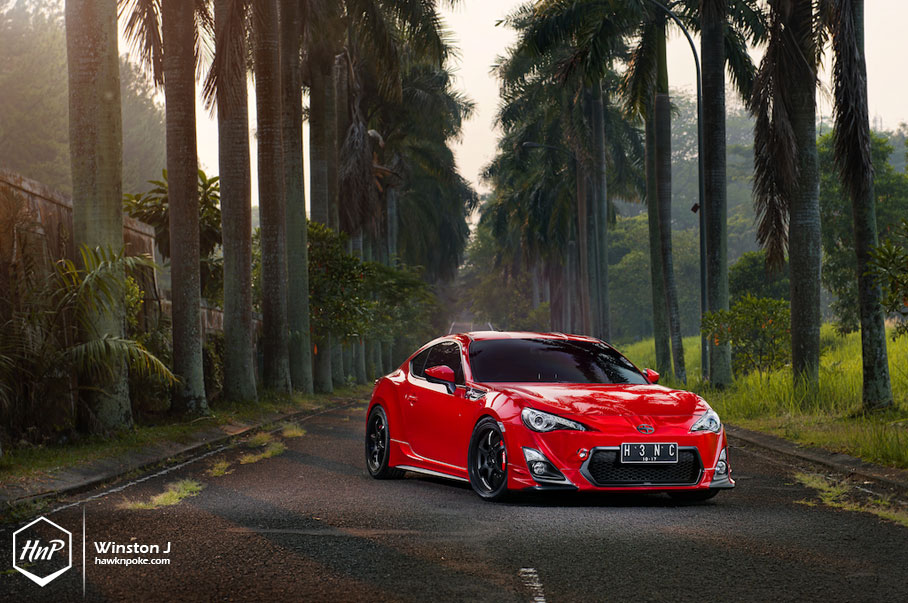 Introduced back in 2012, the Toyota GT86 has become a strong contender in the affordable rear-wheel drive sportcars market. Also known in the US as the Scion FR-S (Front-engine Rear-wheel-drive – Sport), the GT86 has been marketed by Toyota specifically as a blank canvas from which owners can explore the limitless tuning options that are available in the market. Encouraging owners to draw their own paintings and pour their wildly creative ideas; to build unique, personalized custom rides. Even before its release, aftermarket parts have been developed along with the car, especially through Toyota’s own TRD lineup. Fast forward a year later to 2013, the number of aftermarket parts available have grown exponentially, with the most substantial of all being the turbo-kits and supercharger-kits. Turning the humble 86 platform into some serious performance-oriented sportcars. This leads us to today’s featured ride: Heintje’s GT86 boosted with the AVO Stage 2 turbo-kit, and supported by a plethora of sporty mods that have turned this blank canvas into one fierce high-performance headturner. 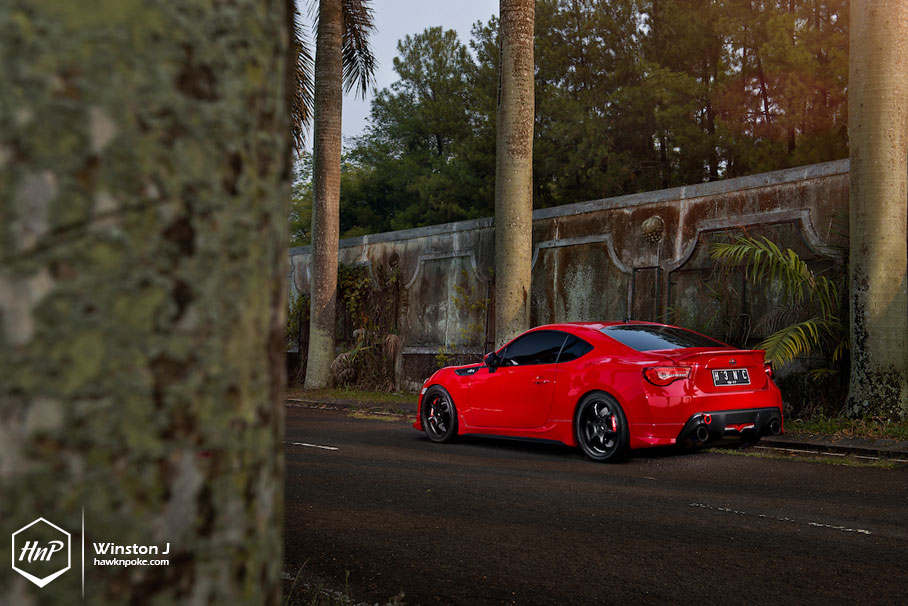 Unlike other Toyota cars in the market, the GT86 is surely among the few that’s been built ground-up entirely from a new concept. Not some ‘lineup branch’ or sub-models like the AE86, which was a part of the Corolla family. Or other Toyota cars that have simply be freshened up yearly, like the Yaris. The GT86 is a GT86. A standalone sporty coupe initiated by the collaboration between Toyota and Subaru. Built with a clear purpose – to excite. 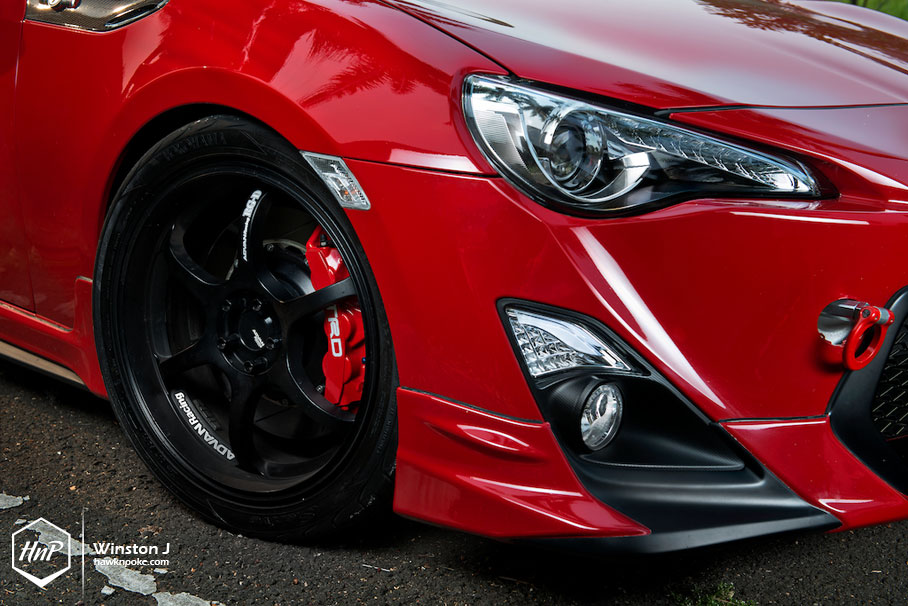 Dropped on Tein coilovers and rolling on a set of matte black Advan RG-D wheels, Heintje’s Lightning Red 86 surely looks as fast as it performs. 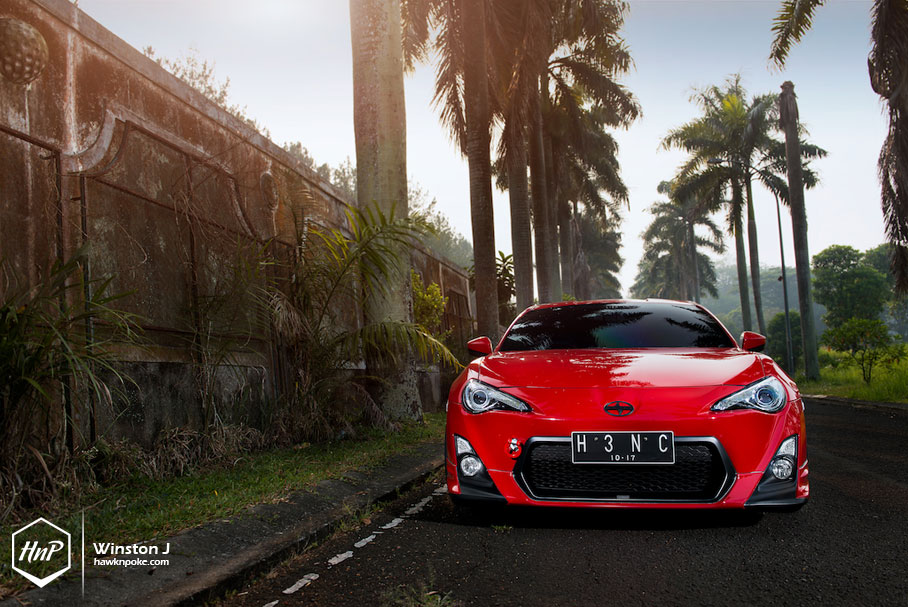 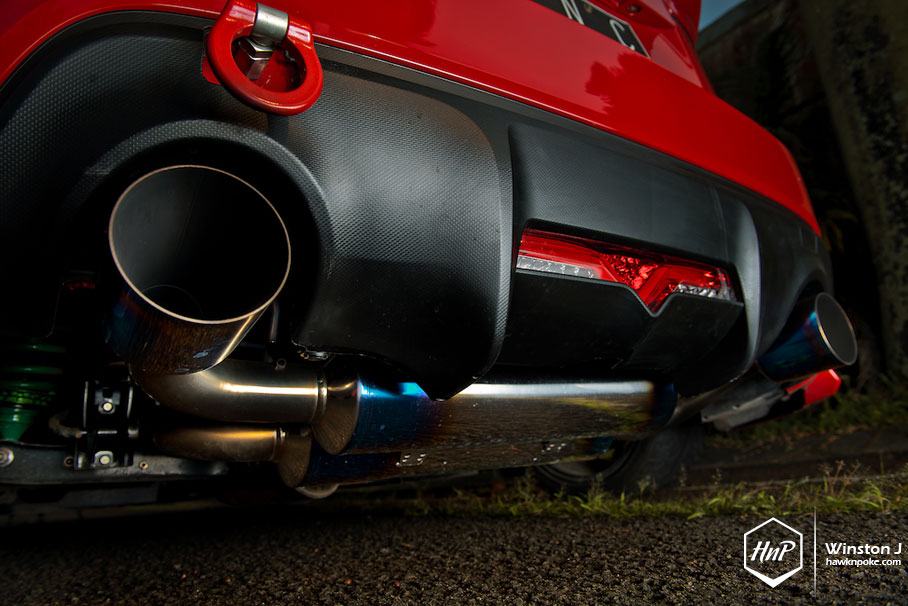 Heintje’s most favourite part of the build – the Amuse R1 Titan exhaust. With Titanium construction and Amuse’s superior build quality, the exhaust system has dialed up the boxer engine’s sound to some glorious levels of excitement. 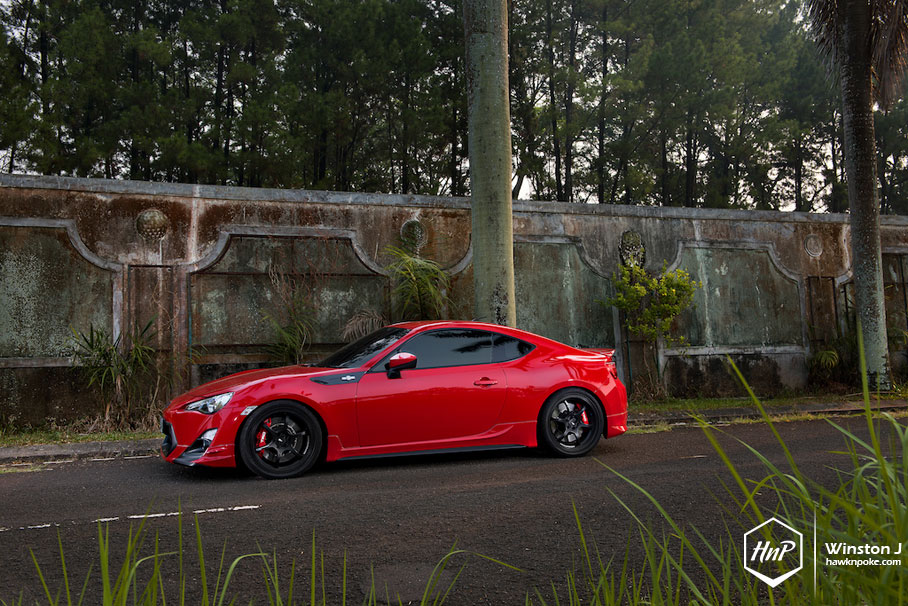 From carbon side fender grills to the TRD bodykit, the 86 keeps its rather humble appearance despite what’s lurking under the hood. No GT wings nor wild bodykits to be found on this sporty coupe either. 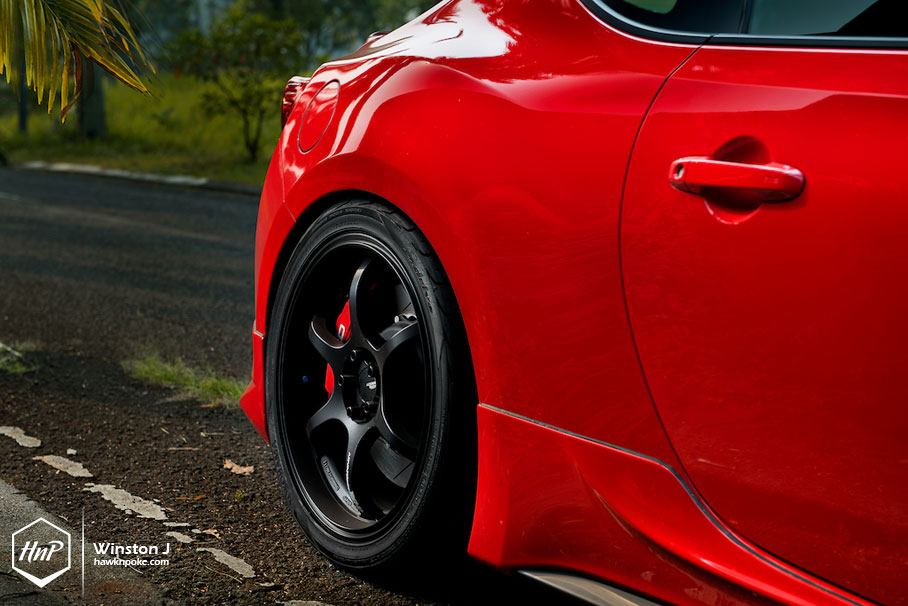 It doesn’t always have to be stanced to look nice. Heintje’s approach on his 86 is to lower the ride just enough for the meaty Yokohama tires to throw away most of the nasty wheel gaps. 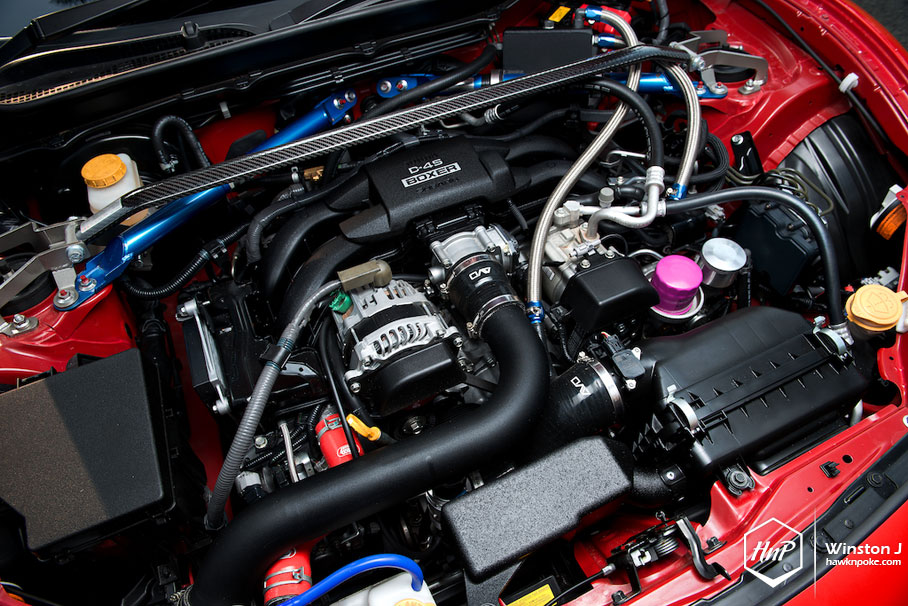 And here’s a picture at heart of the build. AVO Stage 2 turbokit has been installed, essentially boosting the 86’s output up to 35% more than its 200HP stock output. A bunch of Cusco reinforcement parts have also been installed to keep the 86’s rigidity in handling all those extra HP. 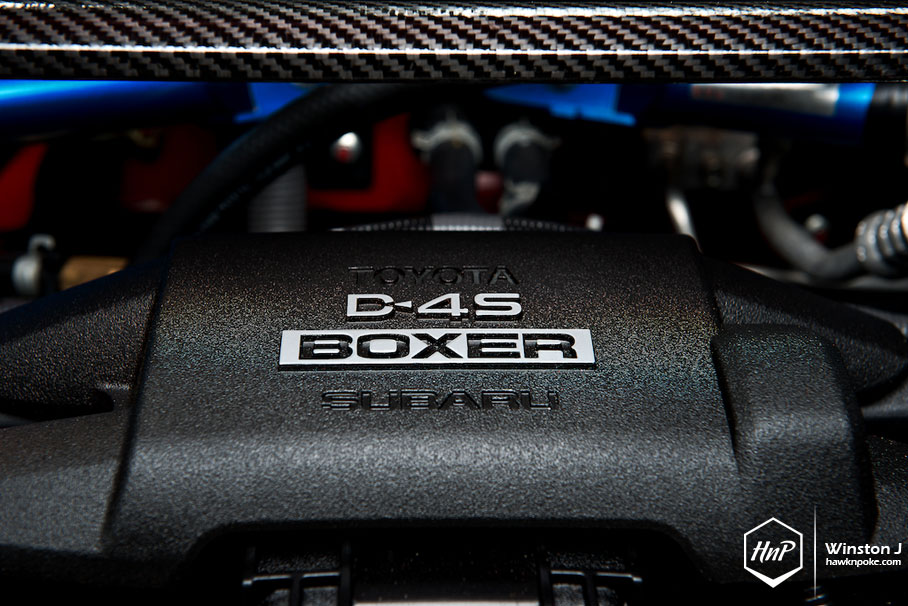 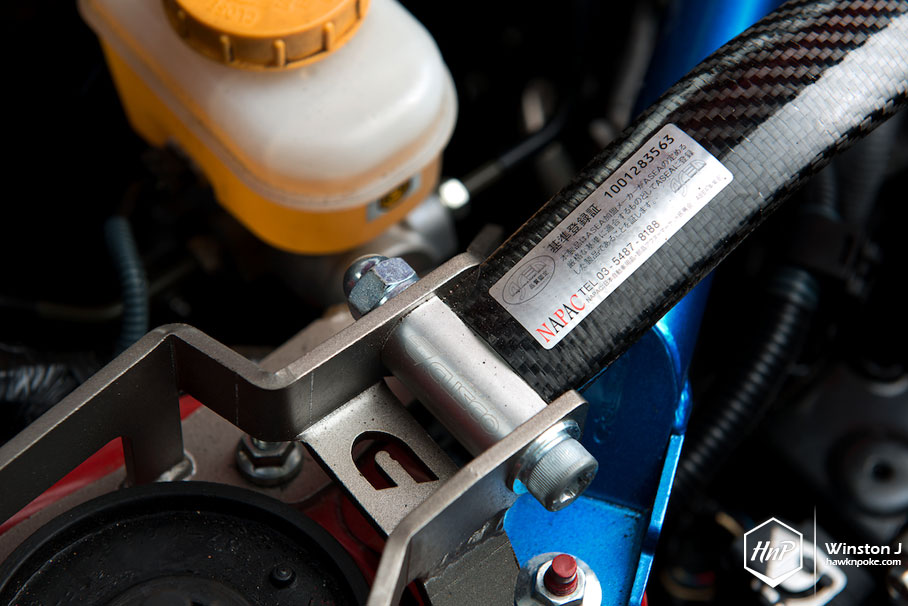 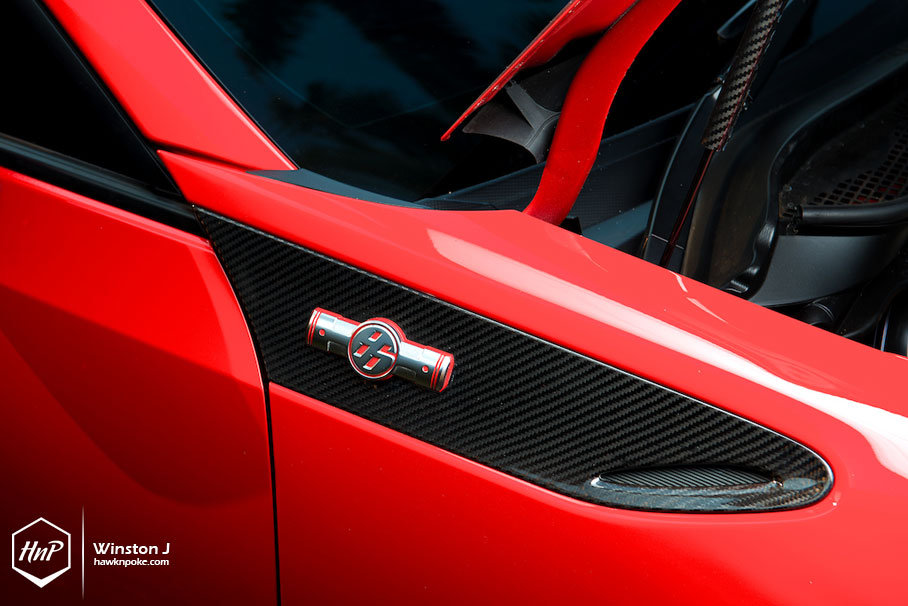 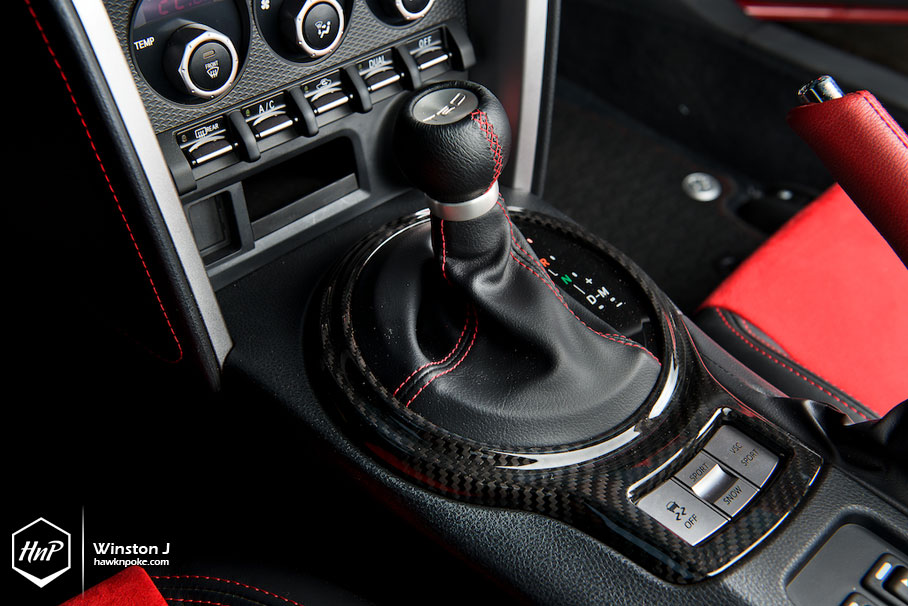 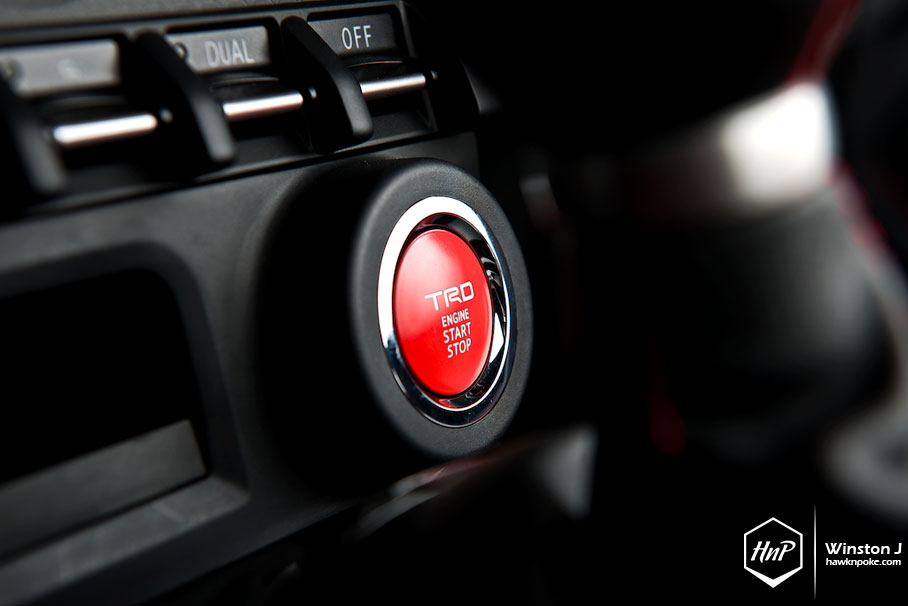 TRD start button has also been installed by Heintje to complement all the other TRD parts he has installed. What’s not pictured is a pair of TRD door stabilizers at each doors to enhance the 86’s rigidity during turns and maneuvers. 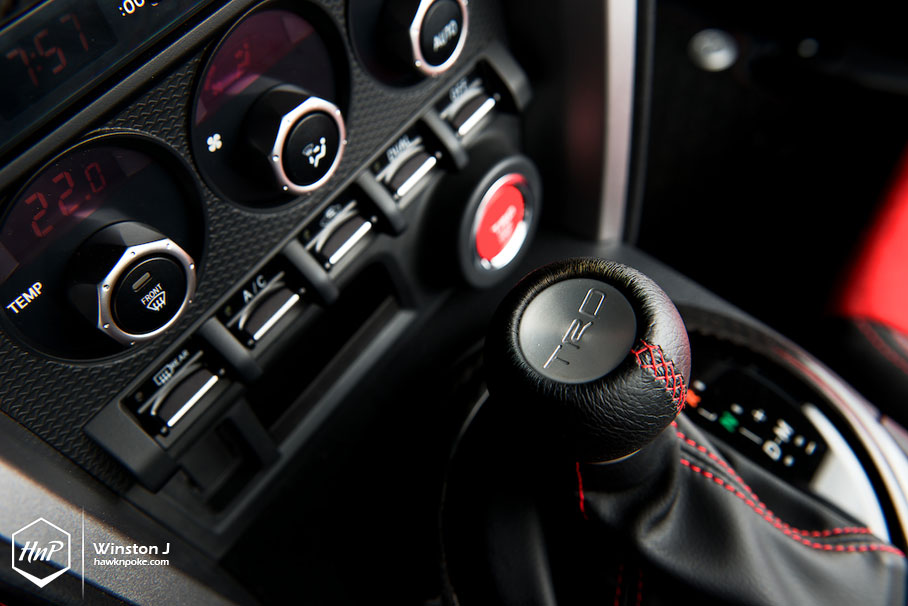 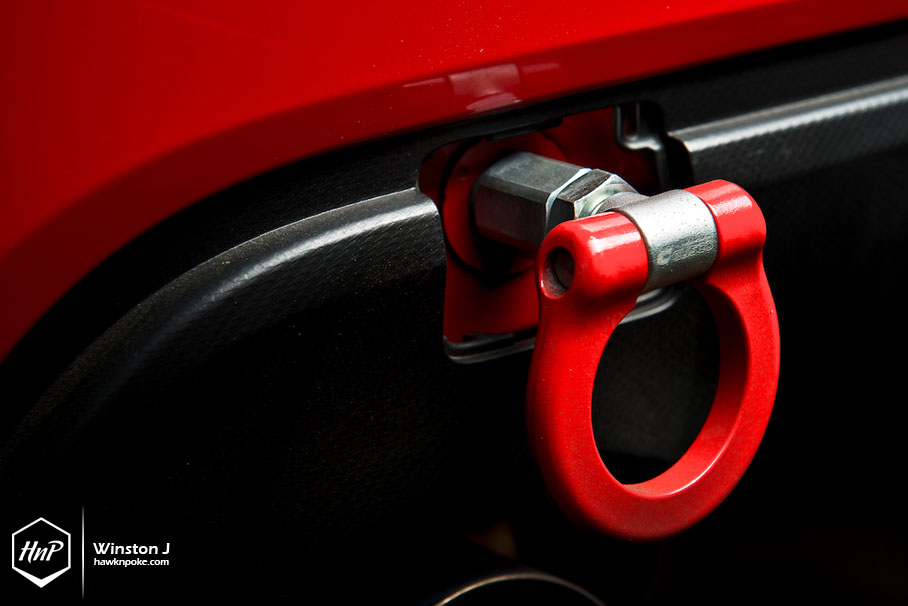 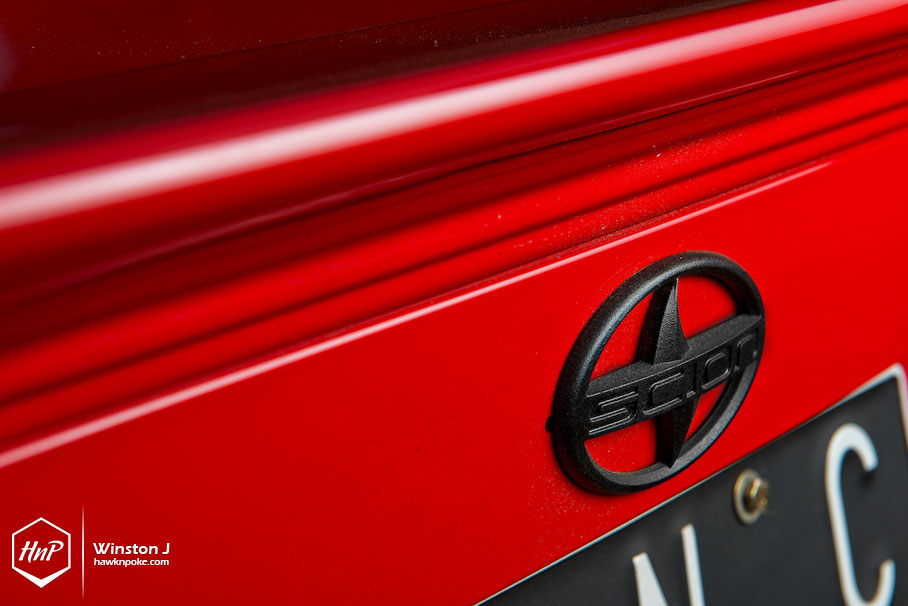 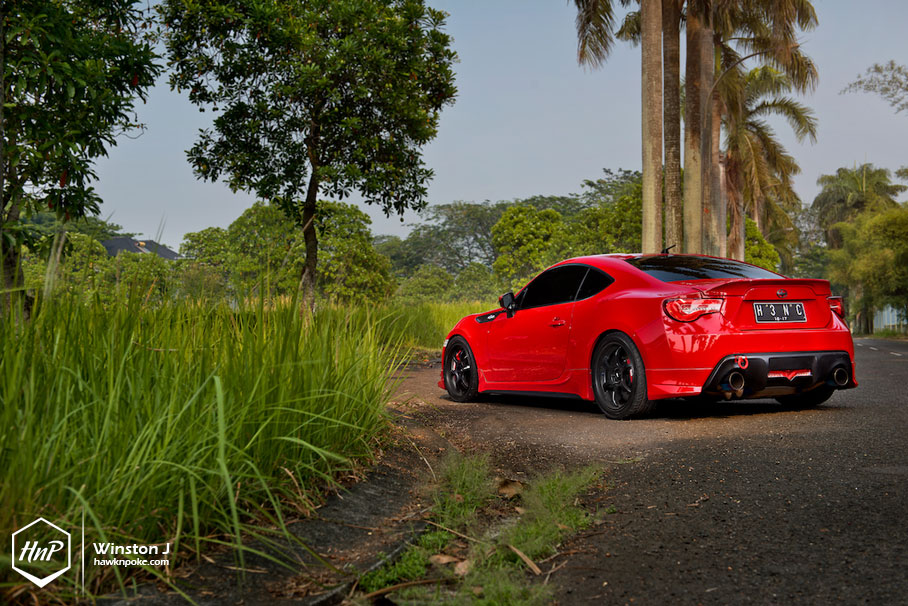 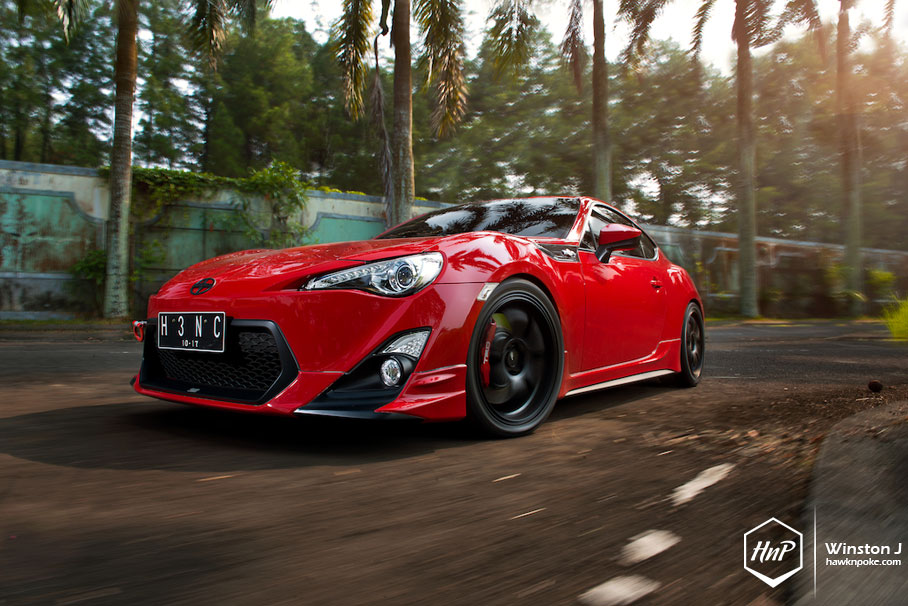 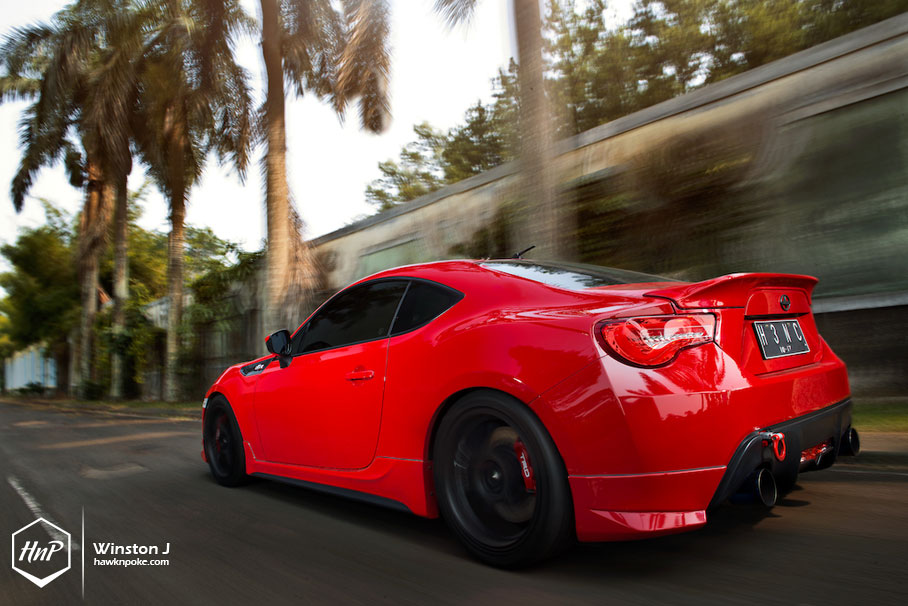 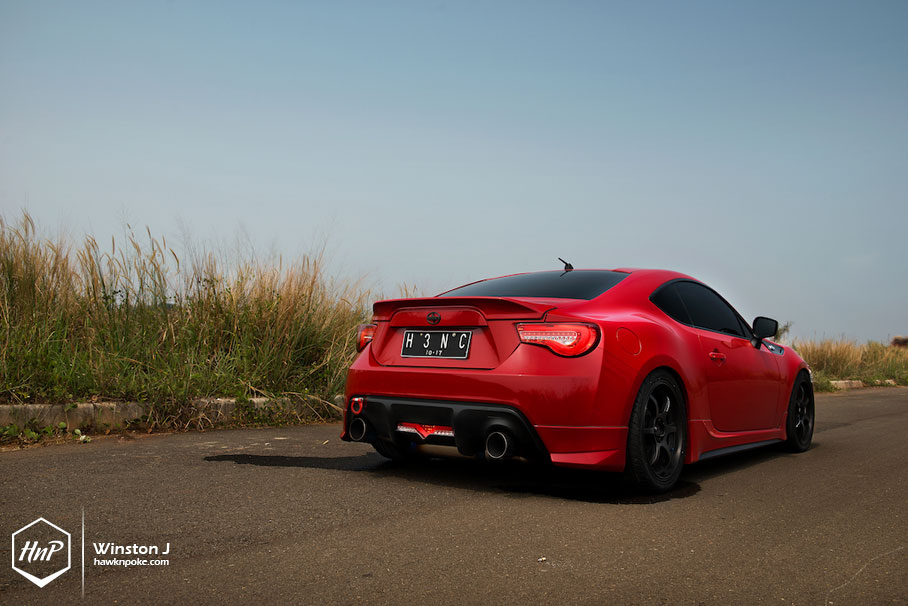