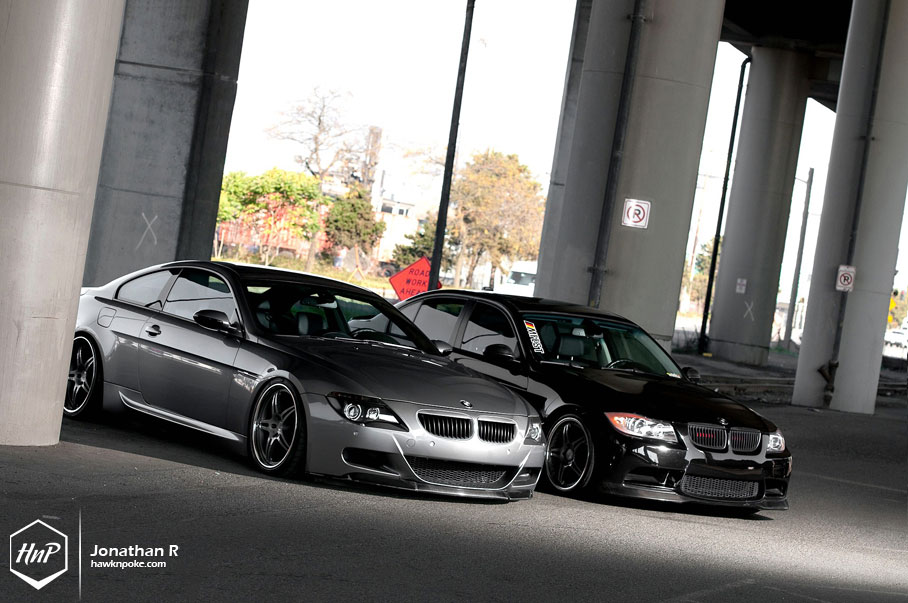 POWER. The single most substantial word that has always been synonymized with the letter M. Lots of power. Enough to get you from 0 to 100km/h in less than 4.5s. Enough to give you a brain concussion if your feet get just a little bit too excited during a corner. Risky. Breathtaking. Thrilling. Explosive. Like bungee jumping with your eyes closed. Or taming a tiger in the middle of a dense rainforest. You know it’s there. Keeping its all huge and powerful growls just for the right moments. And you just have to find a way to put them all under your command. Meet Edwin, the commander to this V10-powered static-low M6 on HRE wheels. A burnout machine with ride-height so low it should only be measured correctly in millimeters. 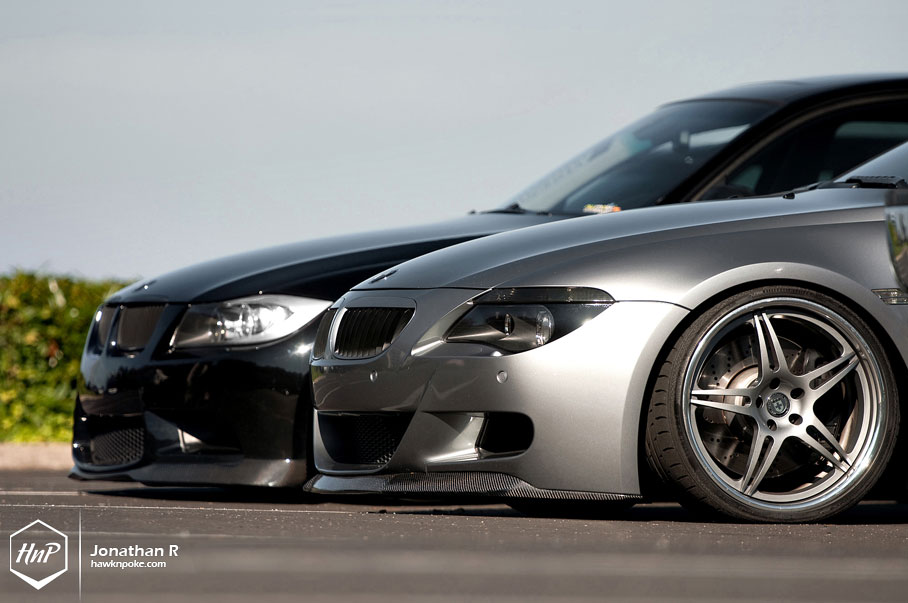 First introduced in 2005, BMW launched the E63 M6 using a lot of carried over formula from the M5. From its 500hp V10 engine to the SMG III gearbox. BMW has essentially transplanted the heart of the M5 into a sleeker, muscular coupe body. Flamboyant and glamorous, the 6 Series’ design has often been regarded by some as one of the most iconic and timeless BMW designs of all times. 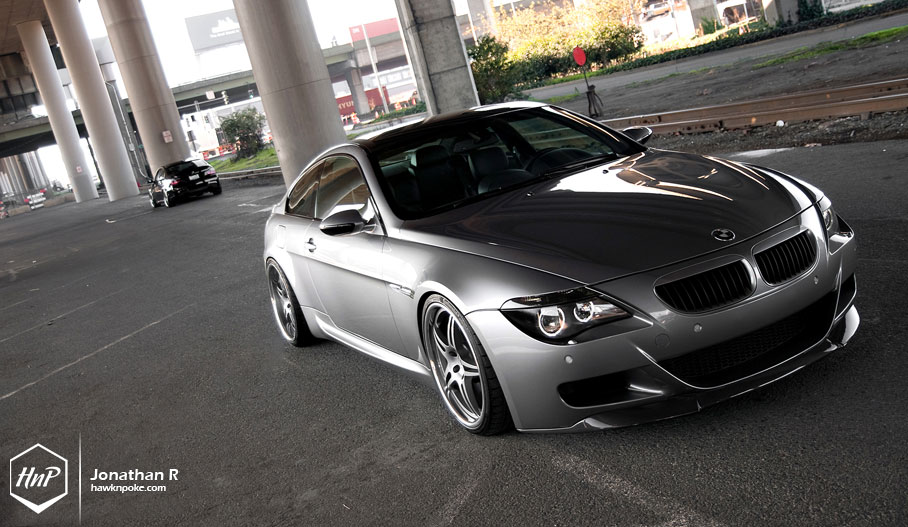 From such a powerful letter came a huge-load of capabilities. But as with all M cars, it’s not always about how much power the engine can produce under a certain period of time. Instead, it is more towards how much of those power you can control and put on the ground. Yes, for sure the geeky Germans have done their part in installing the most advanced ECUs and traction controls to cuff the beast, but at the end of the day its your dancing feet that does the driving. A little confession from Edwin; he did get some near-crashes quite a few times when his feet put down a little bit too much force on the gas pedal. 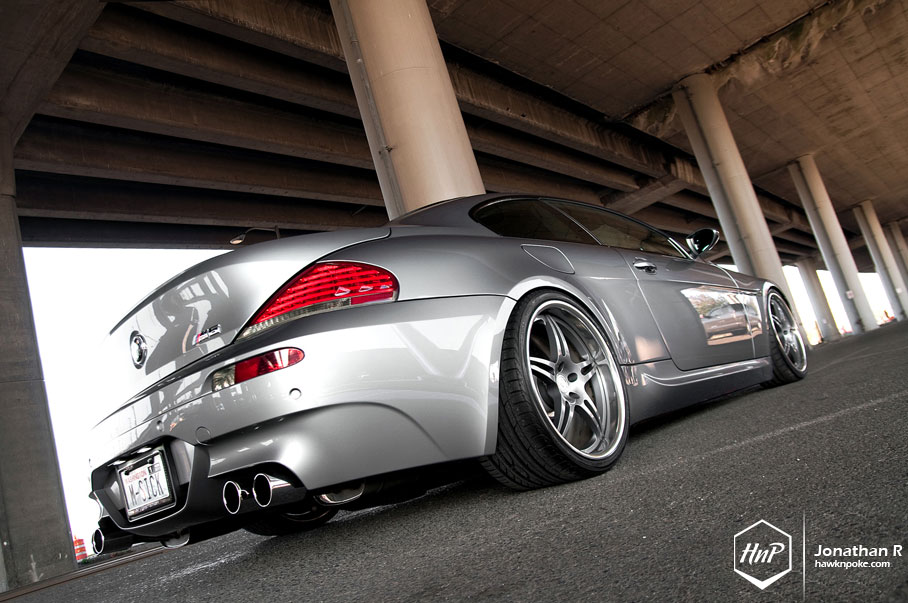 M-SICK. Being a fan of modded BMW’s, Edwin has had quite a few BMW builds under his sleeves. Before this M6 he built in the US, he has an E90 back then when he was still living in Indonesia. And right now that he has returned to our land for good, he’s back at building yet another modded BMW – the F10 we’ll soon also be featuring on the site. 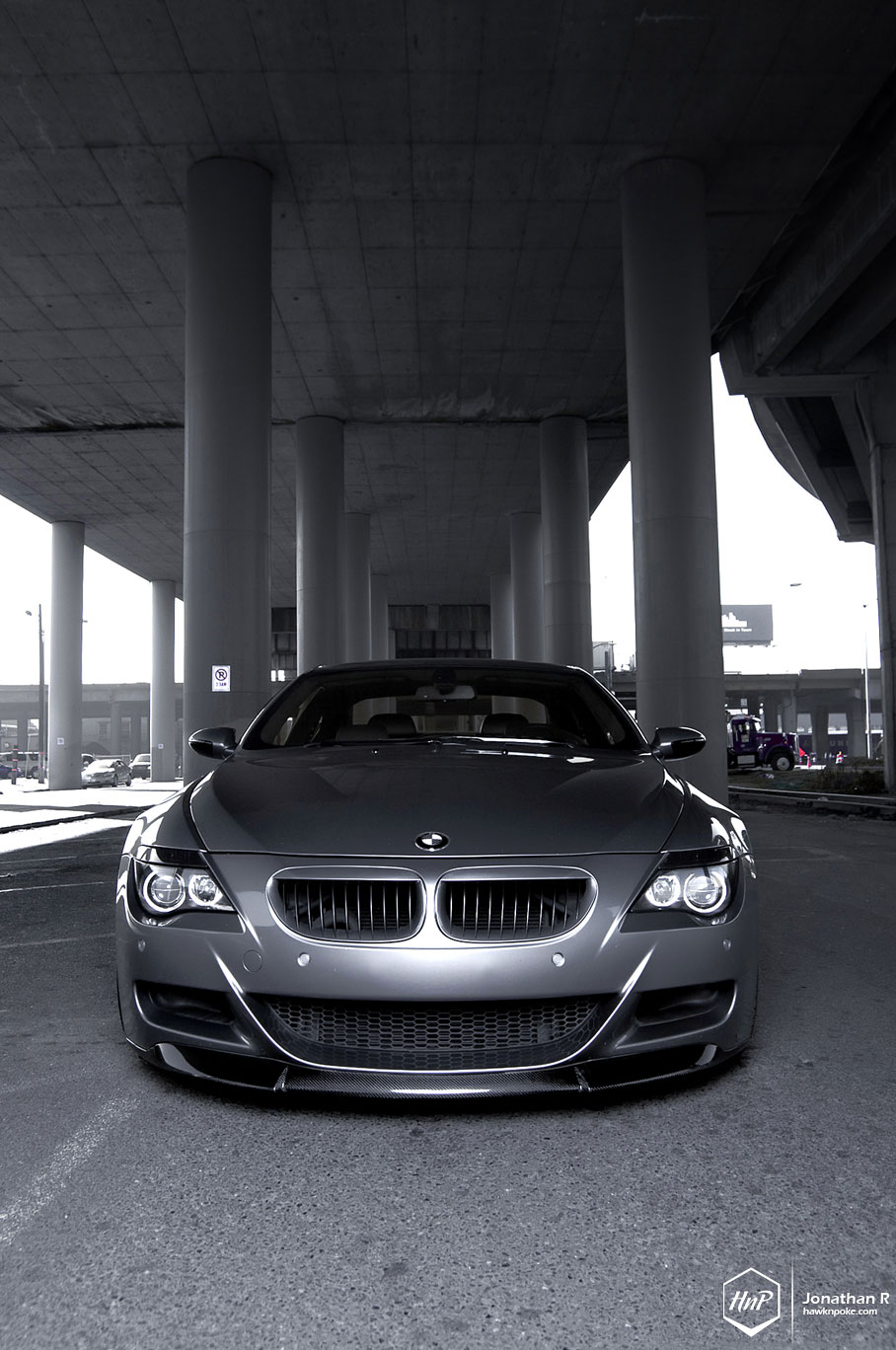 For the M6, Edwin knew all along that the car has in fact been infused by more than enough power the moment it left the factory. That’s why most of the mods he did didn’t revolve around horsepower upgrades anymore. He focused instead on intensifying the V10’s roars and the ride’s static stance. 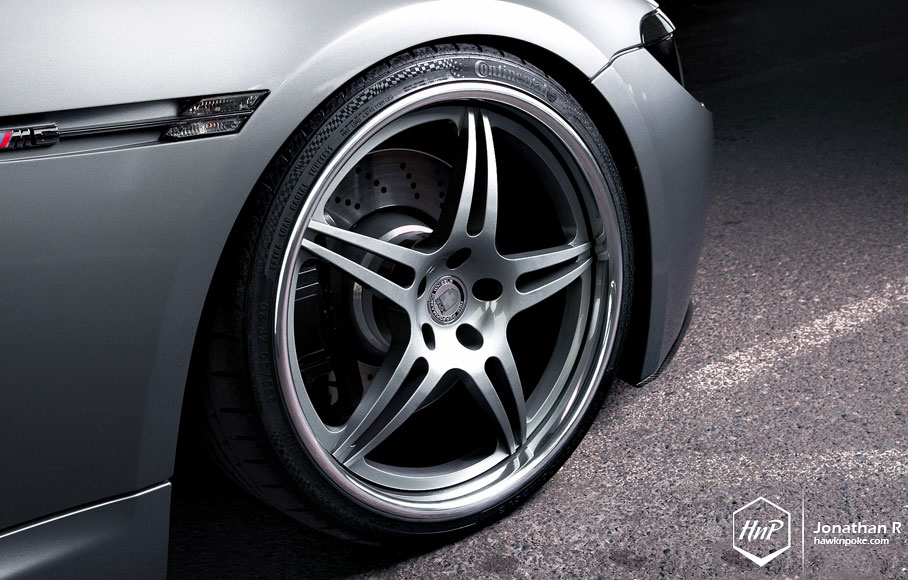 Wheels of choice came down to this set of flawless 20″ HREs. Coupled with the huge OEM drilled rotors and short H&R springs, this M6 is surely one of the lowest out there you might’ve ever seen. Especially pronounced through the installation of the Vorsteiner front lip. 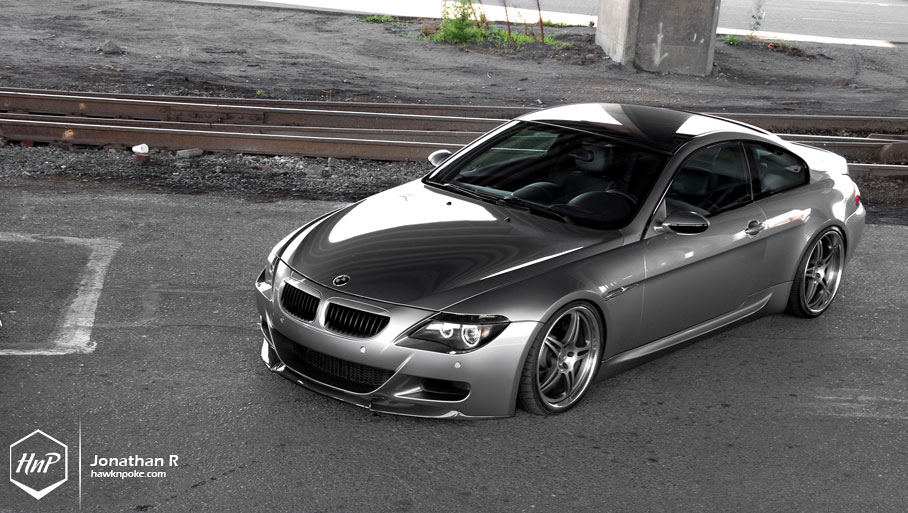 Prior to leaving the US for good, Edwin did have a chance to own another ride besides the M6 – an Aston Martin. However, as sophisticated and exotic as the Aston can be, Edwin admitted that it was still no match to the M6’s driving pleasure. There’s just something so right that BMW engineers have done to bring the ///M experience to life. 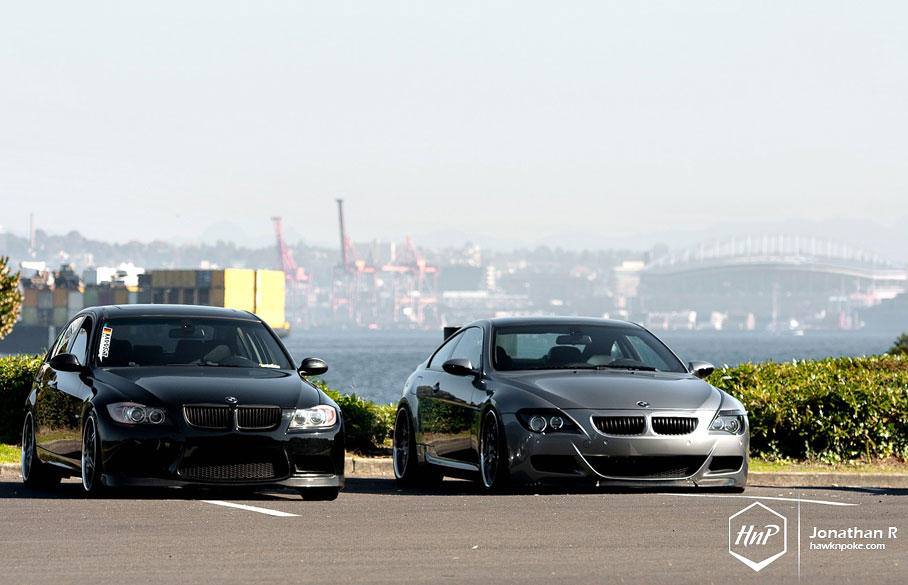 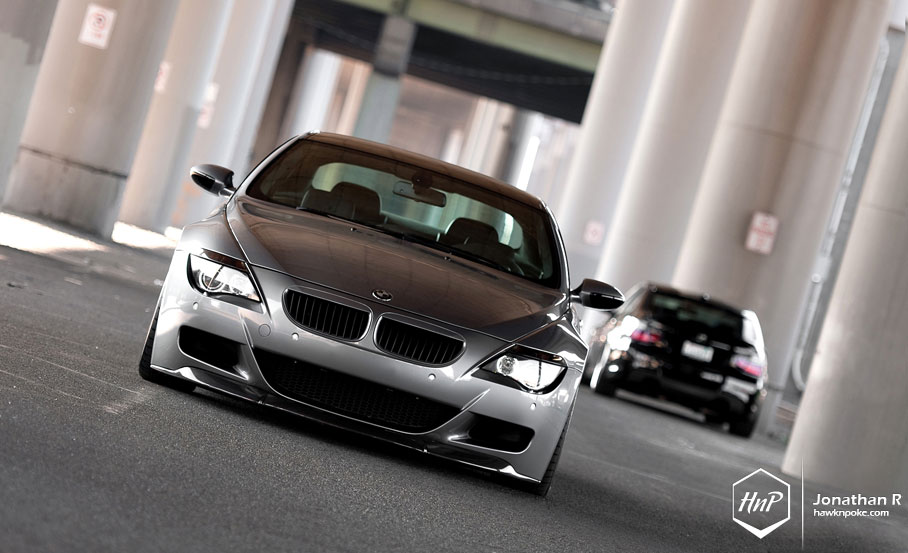 What’s next? Well I’ve told you earlier that we’re going to feature Edwin’s current F10 next. But apart from that he’s also currenly trying to get his hands on a CLS63 AMG. Unfaithful you might say, but I think it’s just another route for Edwin to compare the ///M experience to other brands’. Perhaps finding himself going back to the ///M at the end of the day. 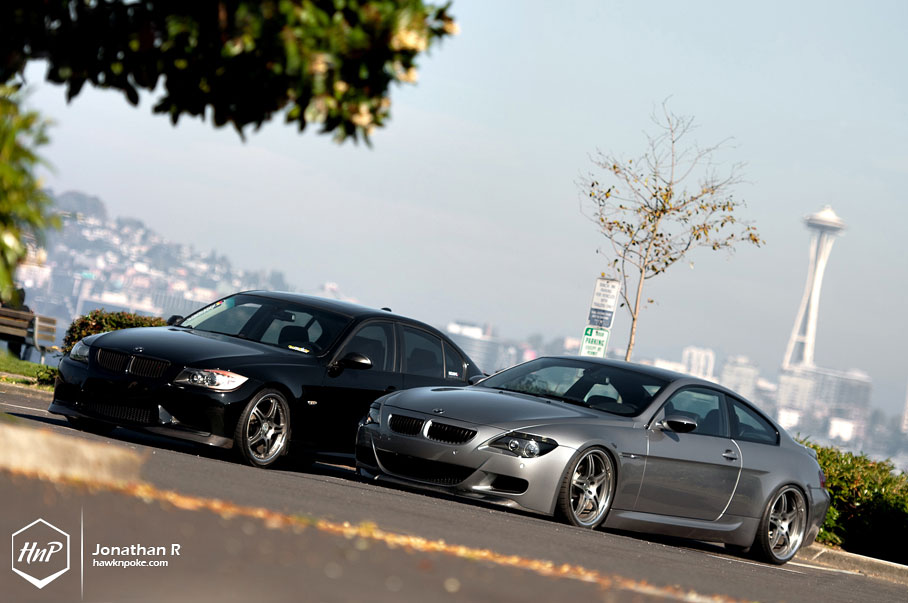