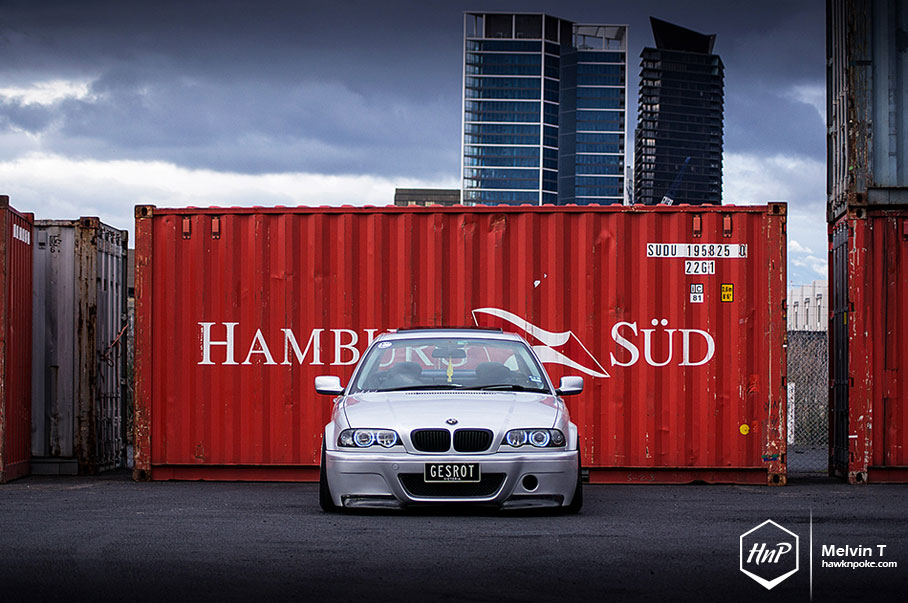 Let me start this one off by reminding you how lucky we are who modify cars within Indonesia. No speed limits in practice. No modification rules. Easily accessible imported parts (though I’m afraid that might change in the near future). Wanna sweep the streets with your static-2MM-ground-clearance VIP Lexus? No problem. Wanna test your GTR’s new turbo kit going 300+ Km/h inside the highway? Your fear be your own limits. Morning runs. Midnight runs. Tackle those all. But yes, cars do cost a lot more here (+100% taxes!) and roads are as bubbly as orthopedic sandals. Still, at the end of the day, you have to appreciate what we have here, knowing what others are facing overseas. Do you know that some countries have an 80+ paged guidebook just to explain on what you can/cannot do to your suspension modifications? Plus, 70+ paged guidebook on vehicle body modifications and still, 20+ more guidebooks like these ruling vehicle modifications. Meet Jason, an Indonesian who’s currently living in Melbourne. Reading the Australian suspension modification guidebook while looking at his ride, I assure you his GESROT 3 series is barely legal. 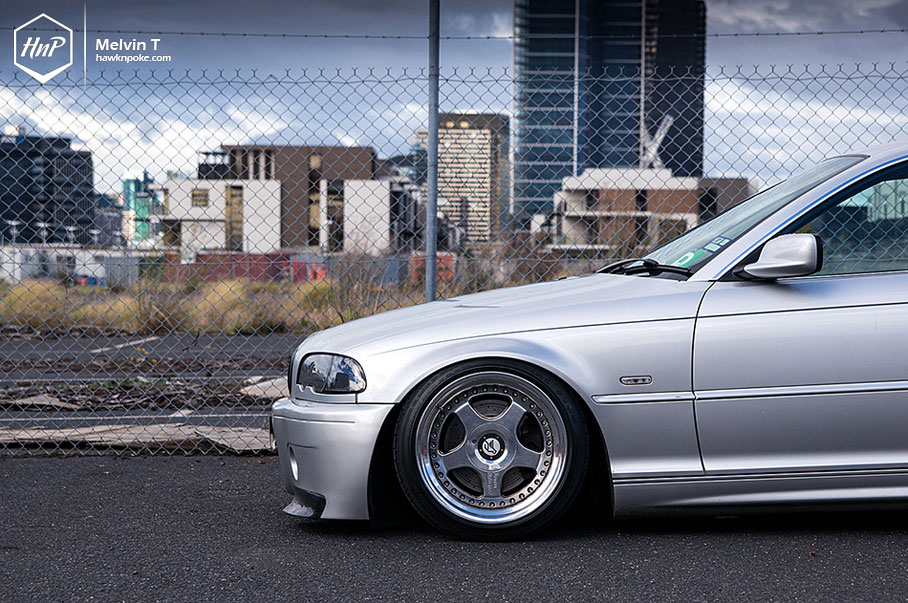 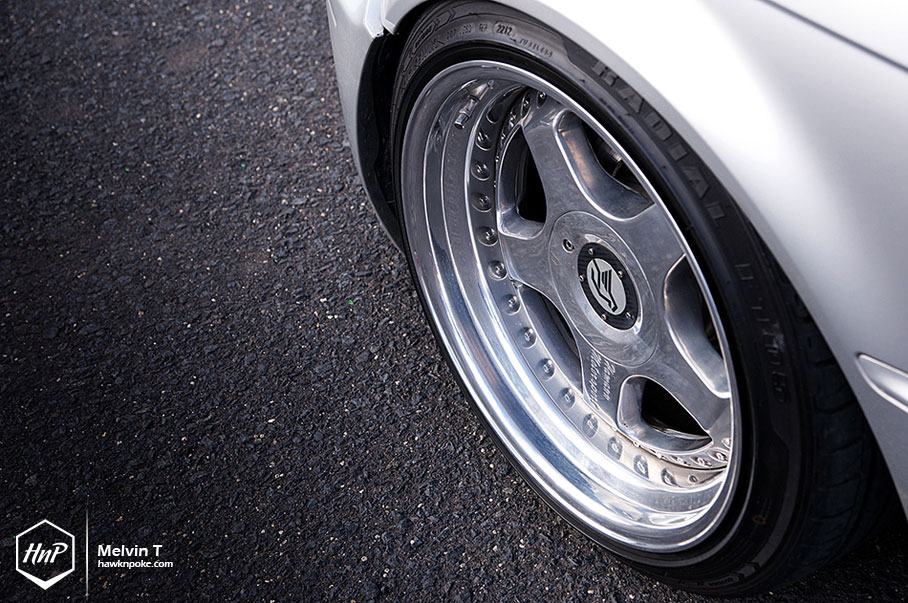 Jason’s love for BMW runs in the family. Back in Jakarta, his dad used to own an E46 sedan that’s been nicely fitted with Hamann wheels and equipped with upgraded audio system. Pretty much inspired by his dad, Jason decided to get his hands on this Titanium silver 1999 328Ci. While not being widely available in Indonesia, the Ci is actually a common find in Australia. Having been able to modify this silver jewel has brought excitements to both Jason and his dad. 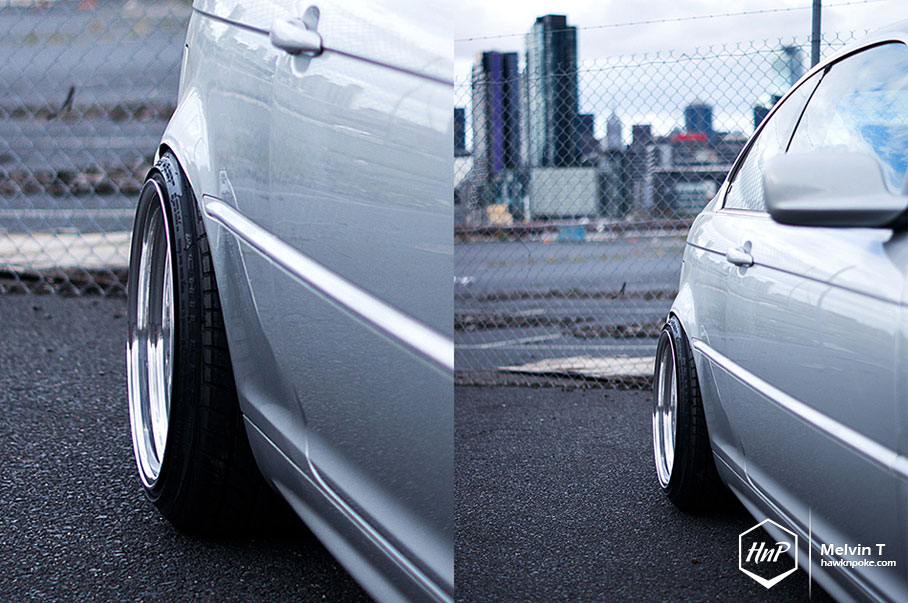 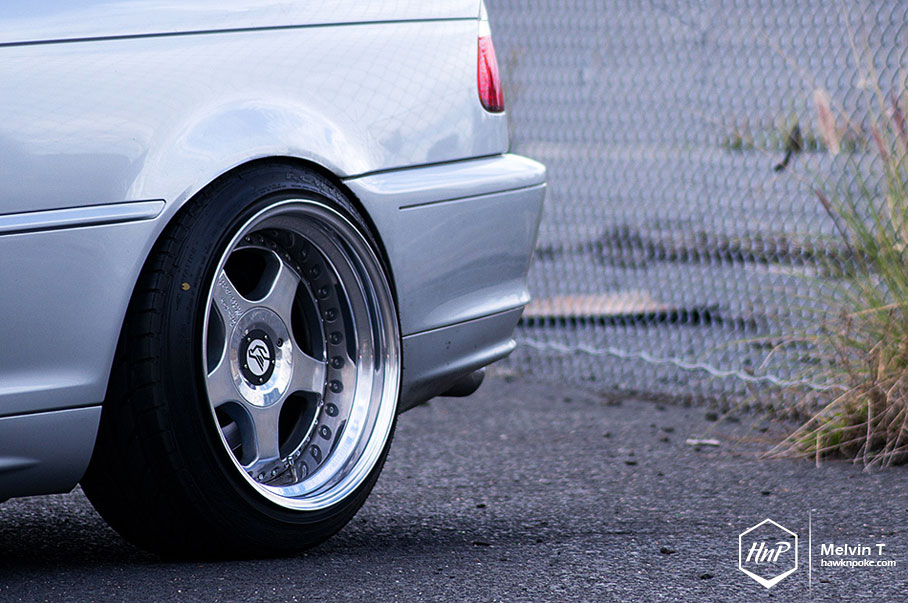 While used to having an S2000 as his daily driver and this Ci as a weekend ride, Jason decided to go all out in regard to the suspension and wheel fitment modifications on the Ci. It’s all about low and wide! He used to run -6 degree camber at the rears. But that was back then before his ride got defected by the cop. Long story short, he once got defected right after exiting a workshop where he has just had some tyres replaced. Again, cops over there are well known for their effective strategy in waiting for cars to exit workshops and stance events. 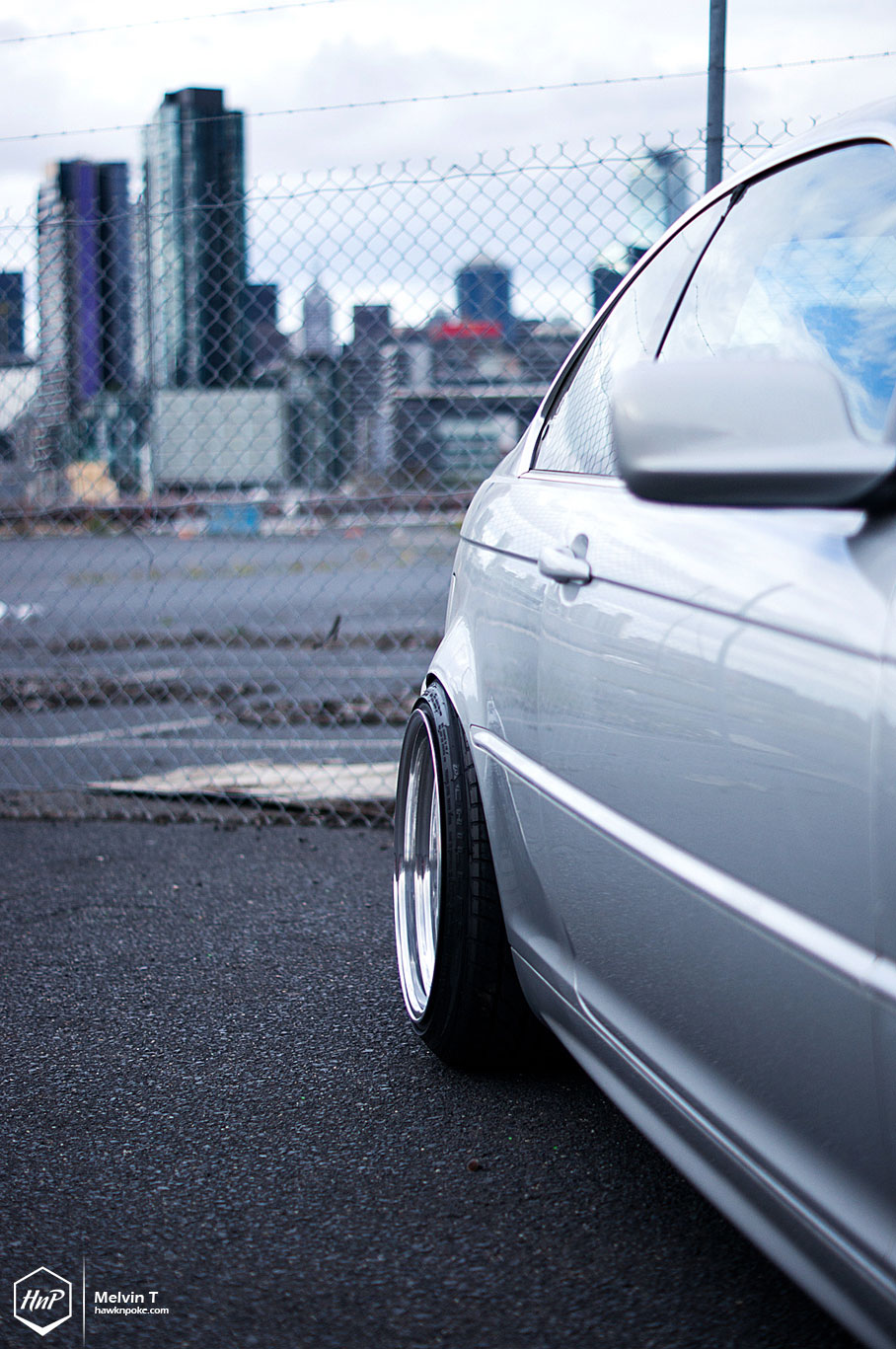 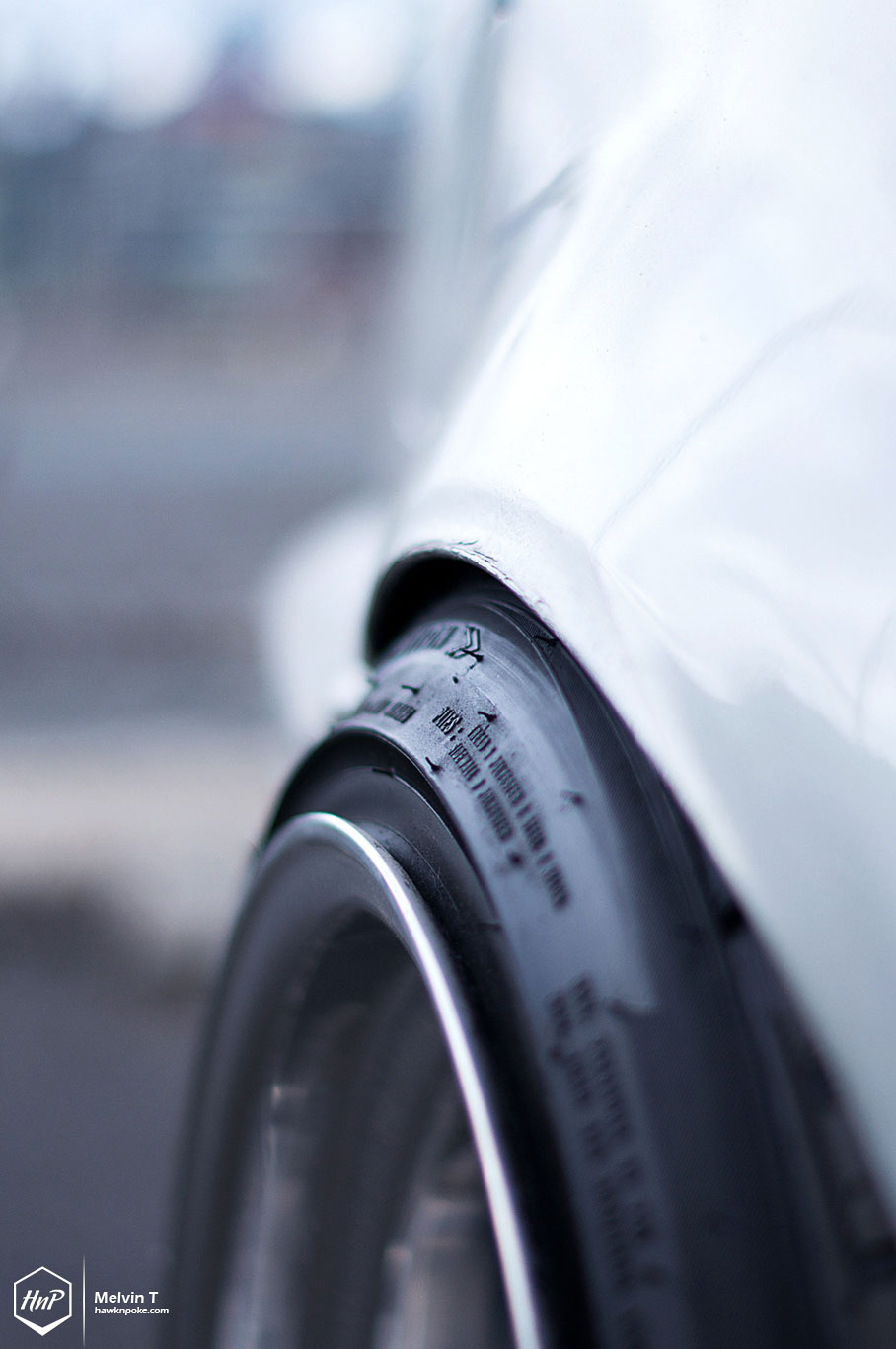 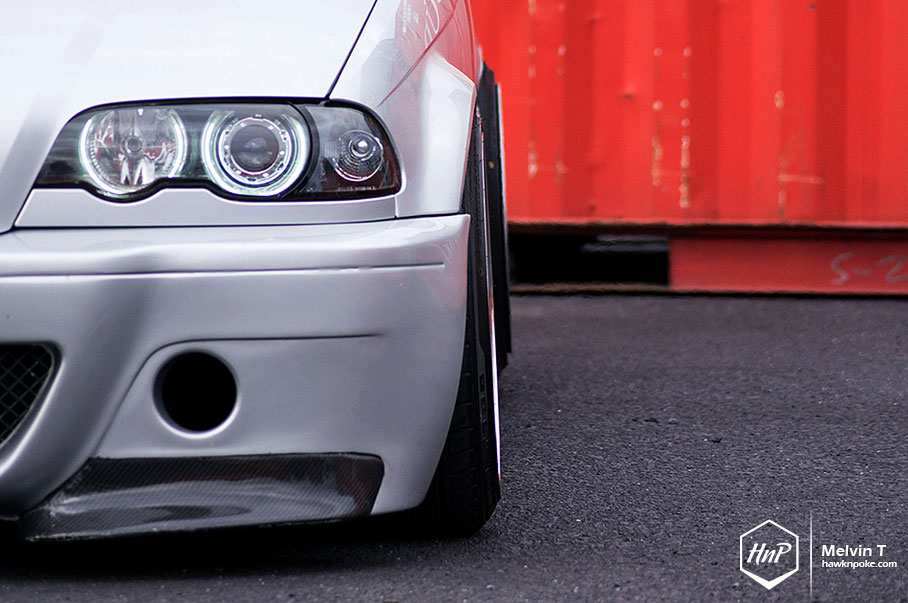 Despite the rules and frequencies of being defected, I know some Indonesians over there who simply continue on with their passion towards the aggressive fitment scene. Jason being one of them. Look at those front lips yourself, I bet they are within MMs off the ground. 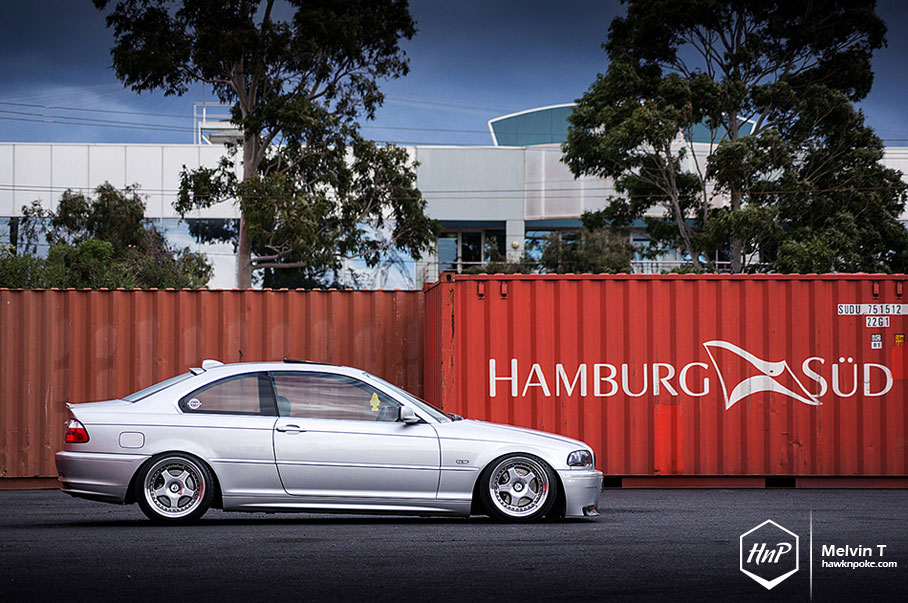 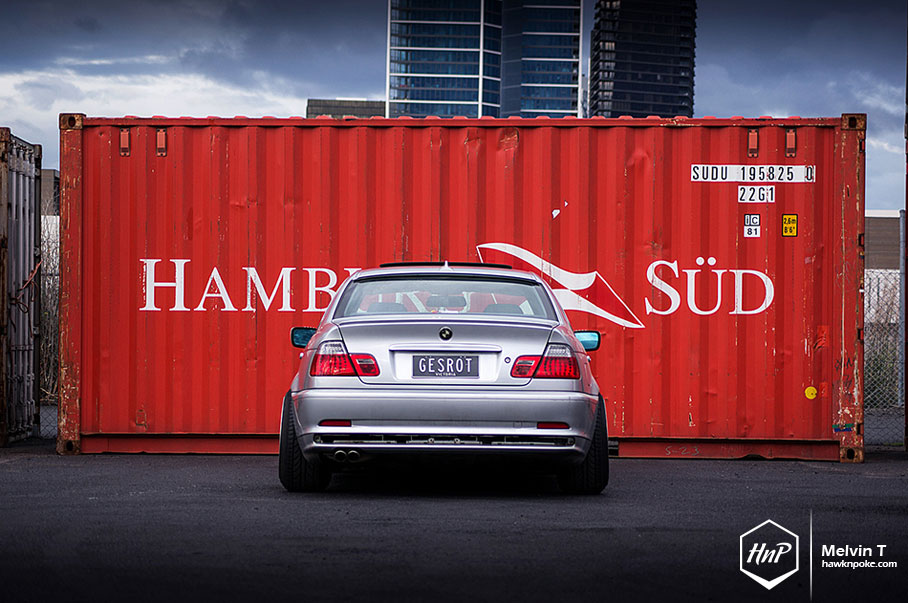 The 3 series’ current state you’re looking at is still actually a work-in-progress. Among Jason’s to-do list is an engine swap. Here’s us hoping there’ll be an M3 engine growling inside the engine bay. 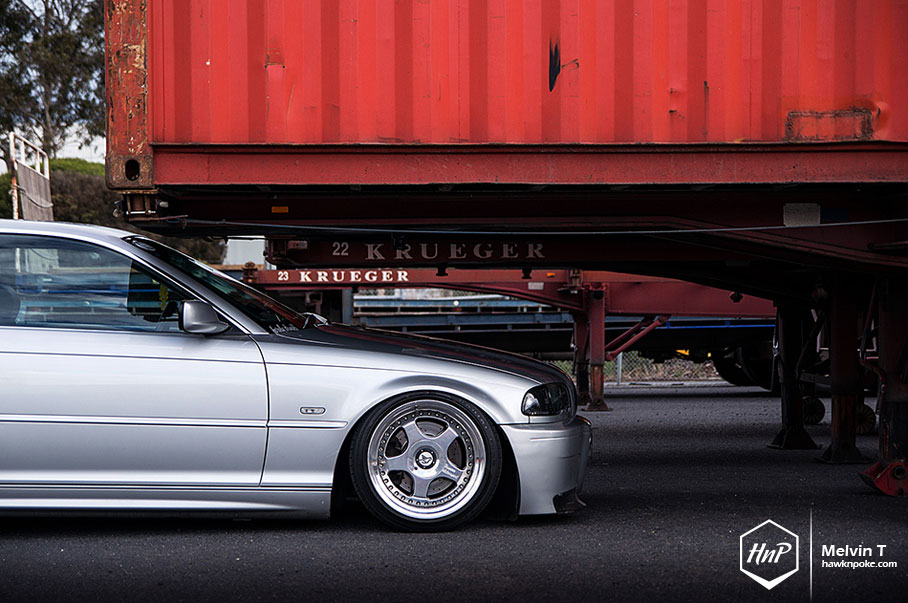 Thanks to Melvin Tang for taking these great captures of the Ci!