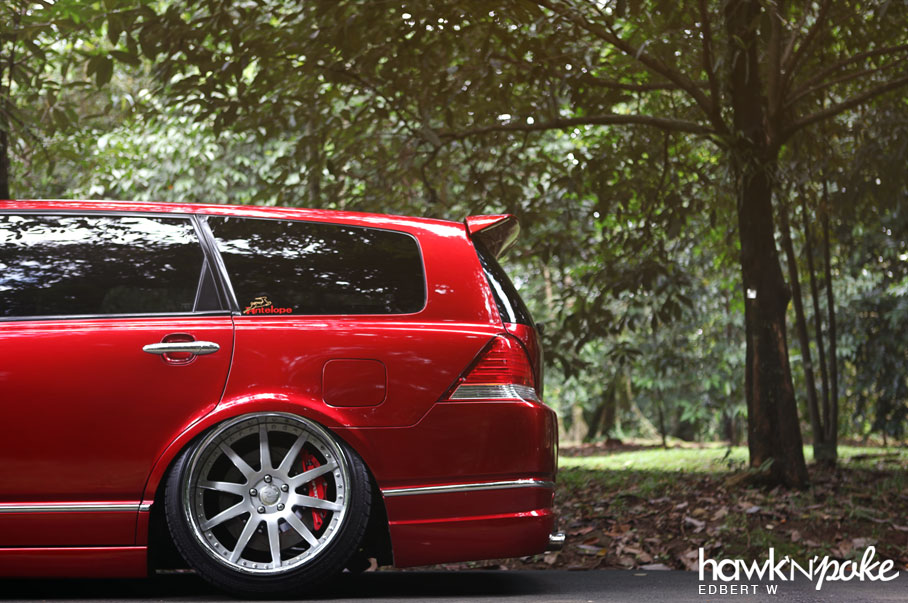 Every once in a while, car enthusiasts turn into different directions in regard to personal modification preferences. Some migrate from being JDM fans to Euro fans. Others evolve from stance lovers to VIP worshippers. Few, however, stick to being performance lovers – squeezing every single possible horsepower out of the ride’s engine. Edbert used to be one of those, the sports cars enthusiasts; but today we are featuring his Candy Red Odyssey with a set of hydraulic suspension. What has happened along the way? 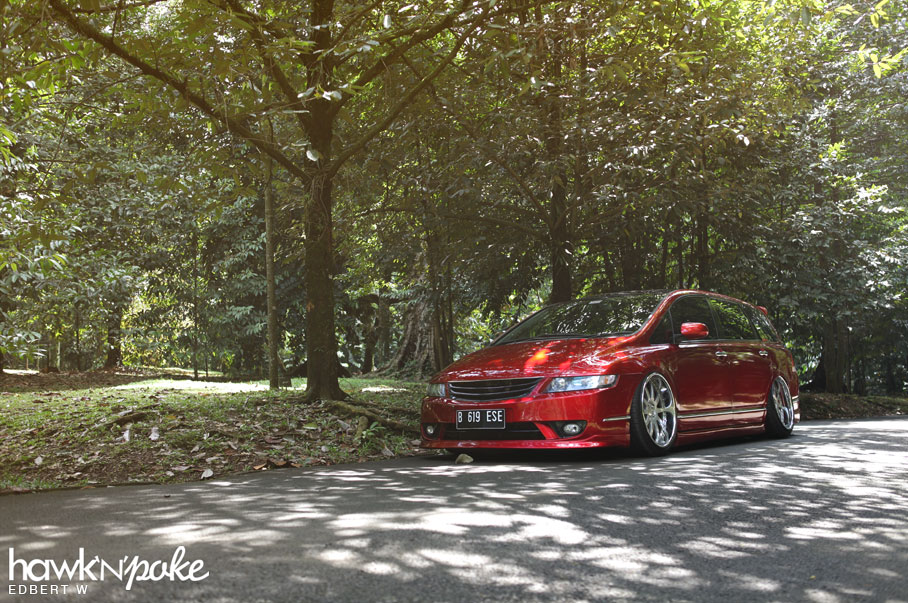 The internet these days is a very powerful brain washer. The kind of blog you read and the styles of rides they post can greatly influence one’s preference towards modifications. Inspired by VIP-ed out Lexus’s and Japanese rides out there when he was still living in the states, Edbert got bitten by the VIP bug. He started to like the fitment of tucked in wheels with non-static suspensions. His ride of choice at that time was the Mercedes W140 S-Class, a large bodied sedan which turned out to be the perfect starting point for a VIP ride. 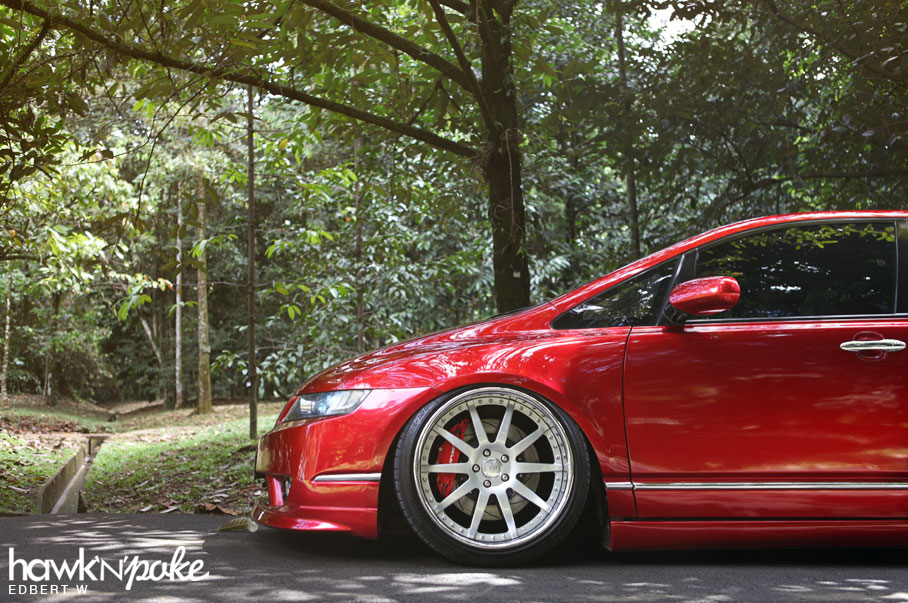 By the time Edbert finished his study in the states, he returned to Indonesia with a mission: to build a VIP-style Japanese van that’s so simple and clean at the same time. The Odyssey was opted and immediately he started his VIP journey. From 20″ Modulare wheels to the red candy paint with custom bodywork, the whole setup has been well thought of even before being executed. Only hindrance being the air suspension he used to had. Having blown out the air bags, Edbert opted the hydraulic route of suspension instead. Having driven car with hydraulic system for quite a while, he started to believe in the superiority of hydraulics over air suspension. 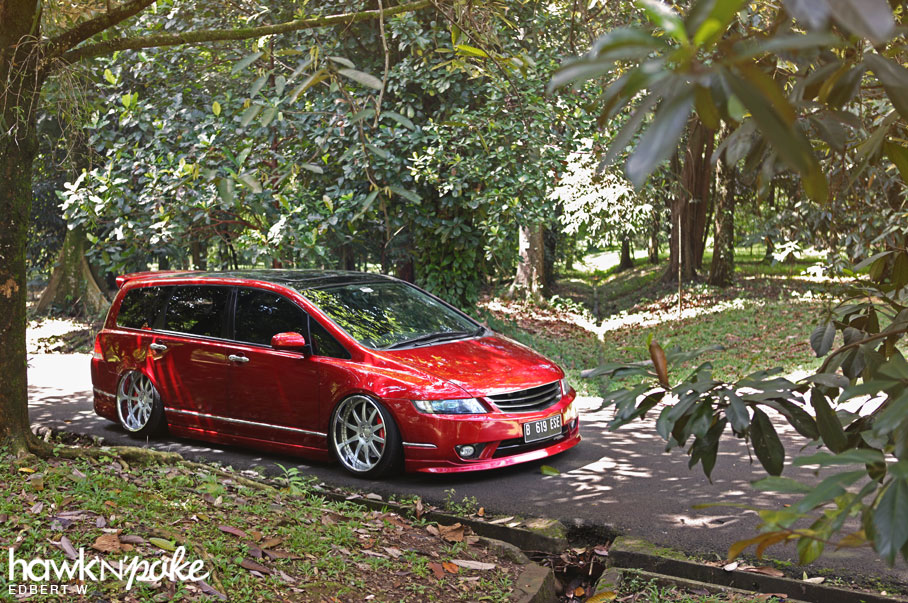 Despite never been intending to win any sort of contests in Indonesia, Edbert’s Odyssey turned out to be Hellaflush’s most favorite ride at GENESIS Car Show. He went home with several Hellaflush exclusive merchandises, including not-for-sale Hellaflush approved stickers. 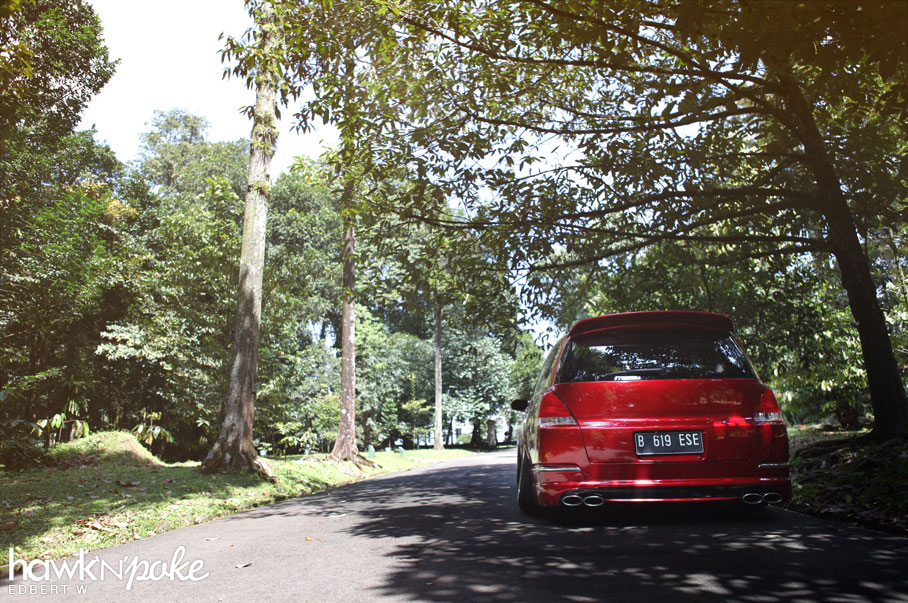 Some of you might’ve wondered the numbers and letters on his license plates. Well, 619 turned out to be the area code for San Diego, the city he used to live in. These numbers represent a piece of memory he took back from those days he was living in the states. The days he got into the world of VIP car culture. Those “ESE” at the back? It’s a sort of “bro” in Mexican language. 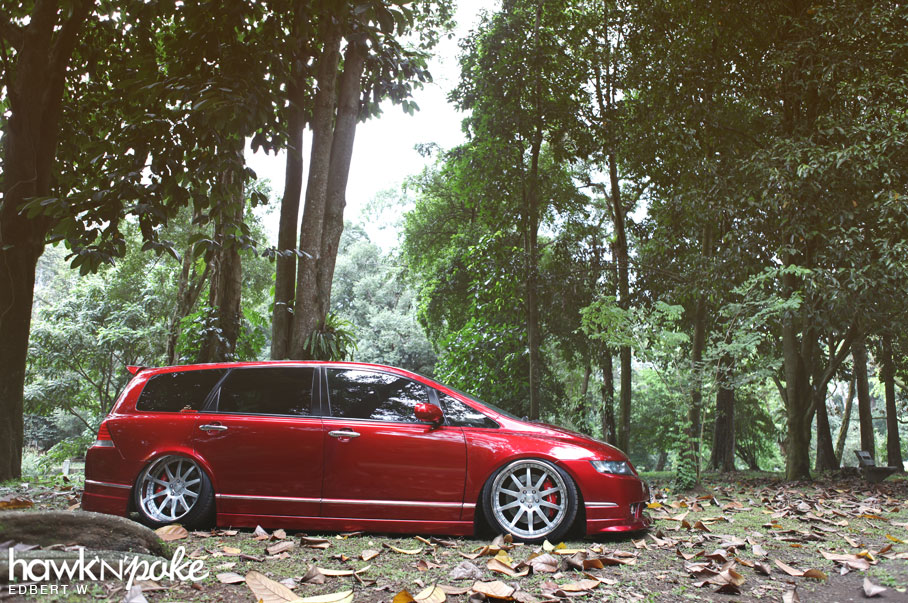 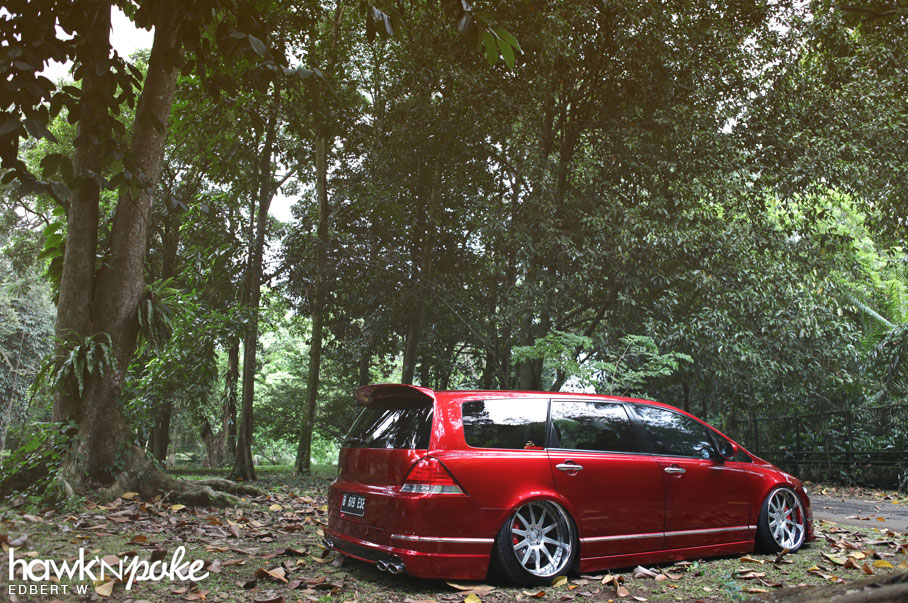 So what has happened to the sports car lover side of Edbert? He surely still has it within him. He currently has another project car that’ll be directed towards the performance route of modifications: a blue Toyota GT86. We’ll surely by having our eyes on that ride once its finished. 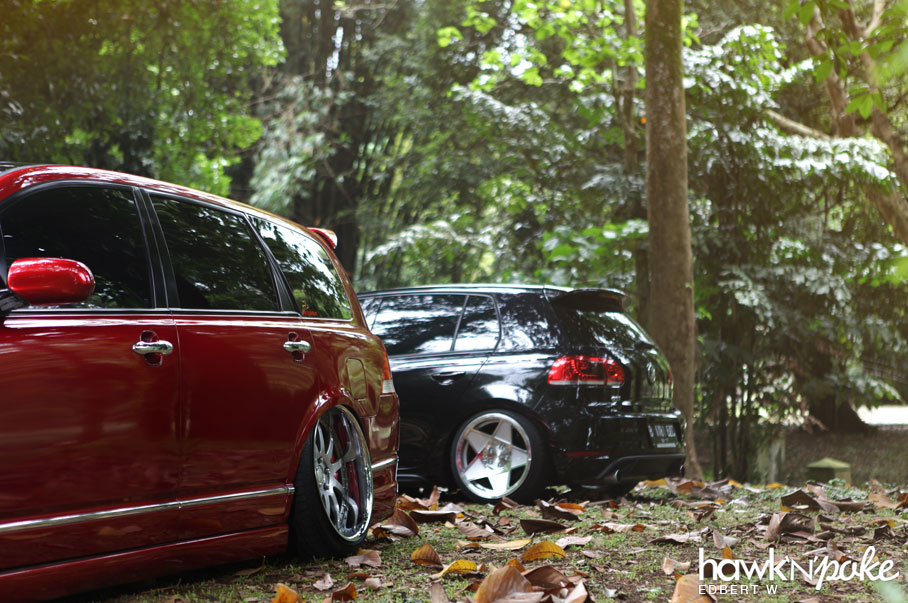