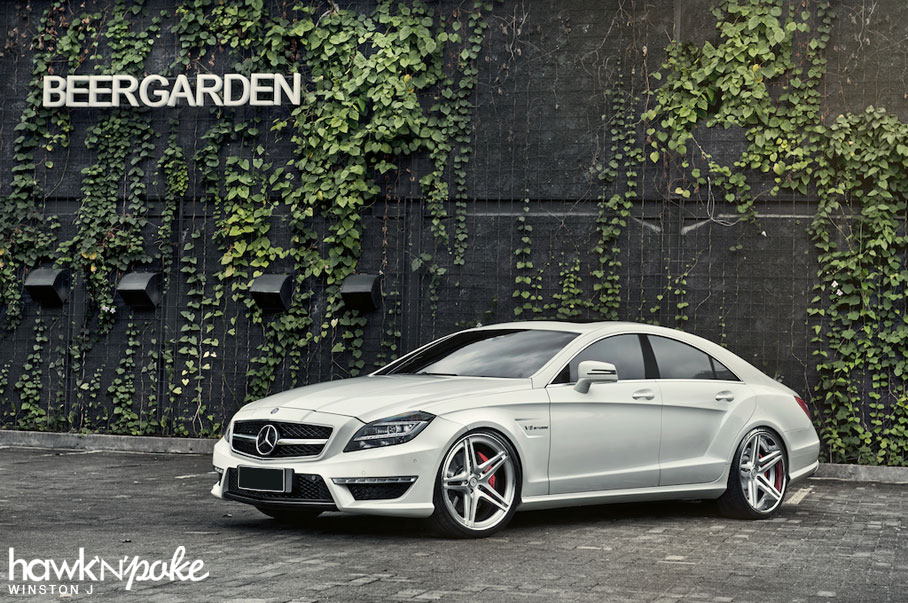 It wasn’t until the recent years that car manufacturers have been going all out marketing their ‘four-door coupé’ models. Some has even been using the jargon ‘Gran Coupé’ to further confuse the market. Who actually started it? Mercedes Benz did, with the CLS. Go check out their site, they call it the CLS-Class Coupé, yet there are four doors attached the car. For centuries, the French word ‘coupé’ has been used to describe hardtopped two-door cars. If this were the 1990, people will simply laugh at you if you tell them that you arrive in your four-door coupé. It is the equivalent of saying a V6 engine having 8 cylinders. However, time has changed and these four-door coupés have become the status symbol for those who want to carry their young children but still want to look fashionable while doing so. I said young children because most of the time these four-door coupés can only either carry hobbits or children at their back seats comfortably. For those who want to look fashionable and fast while doing so, now there are four-door performance coupés. Meet the CLS63 AMG. It’s a coupé with four doors that’s been attached to a supercar’s engine. 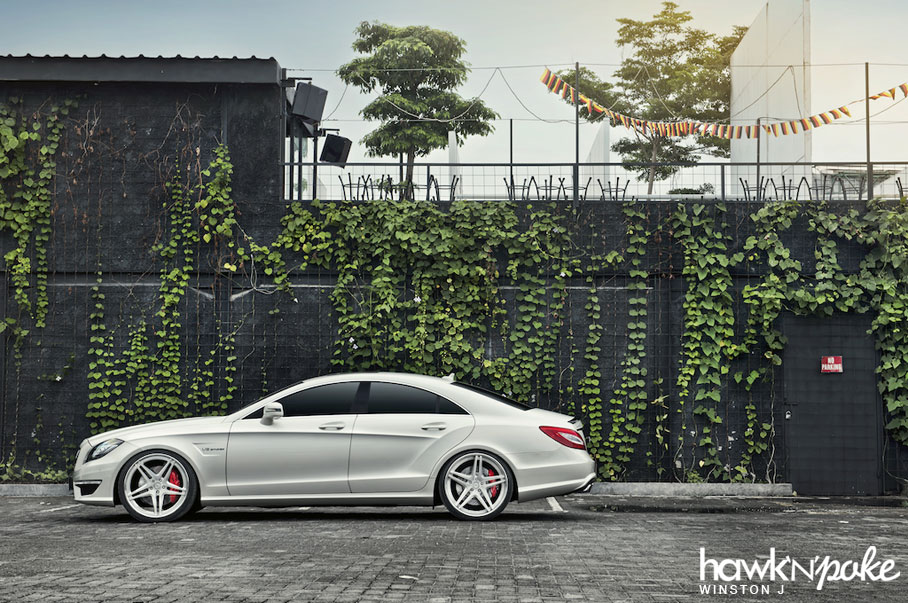 Hearing the model name CLS63 might’ve instantly started you guessing the car has a 6.3L engine. These days, however, it is no longer the case. This new CLS63 has a 5.5L bi-turbo engine instead, same thing with the SL63. Mercedes has been doing this for a while and quite frankly we are fine with it. If you don’t like it, then blame those greenpeace fanatics. The 5.5L bi-turbo engine actually produces power that’s equivalent to the 6.3L NA, but runs much more efficiently while doing so, with less pollution, and that’s cool. 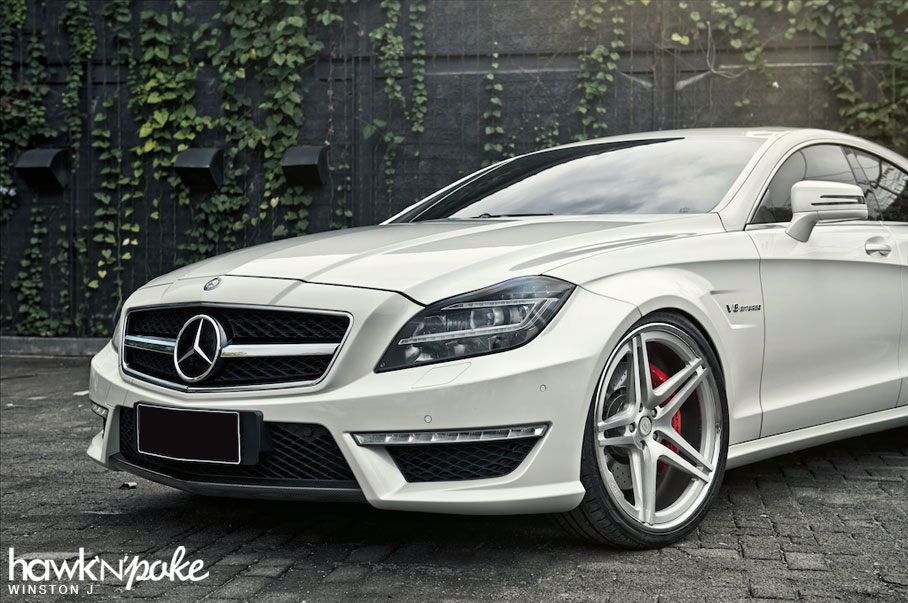 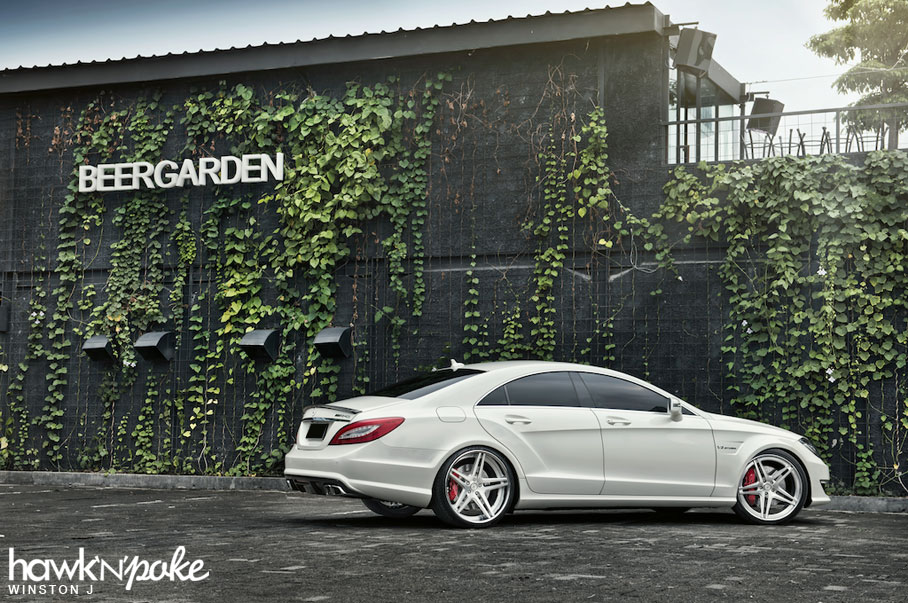 Enough with the CLS63 controversies. I am showing you off today this CLS63 AMG that’s running on a set of gorgeous, Permaisuri-delivered, DPE wheels. Not only that it is an AMG, the owner has also opted for the Performance Package. It is frankly an exorbitant option that adds some extra HP out of the engine, attached carbon fiber parts on the body, and added those red colored ceramic brakes. 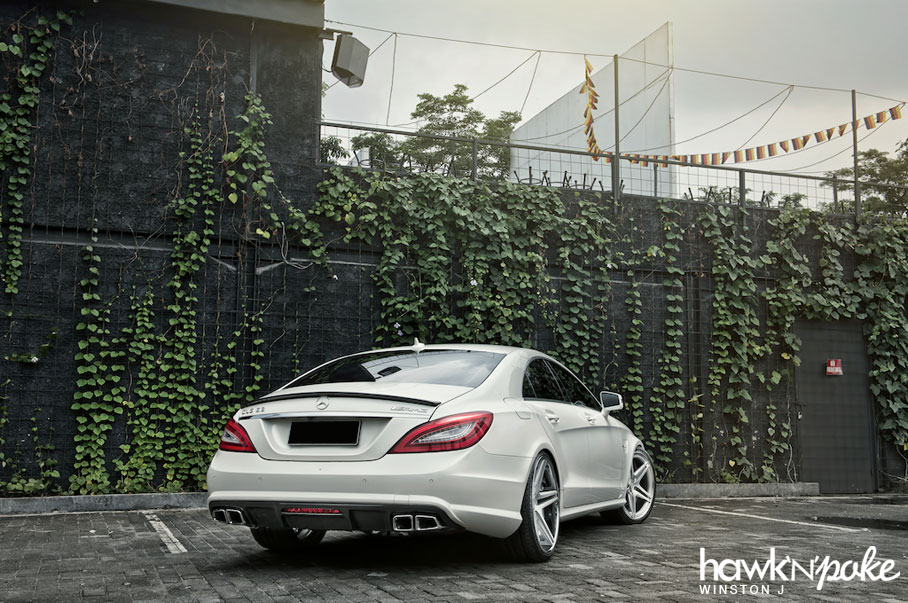 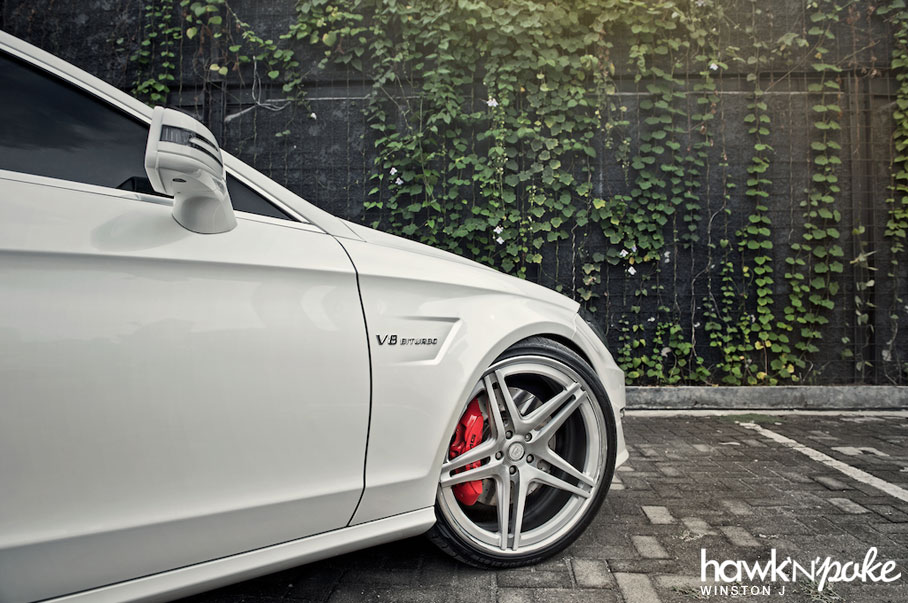 Why did the owner chose the CLS63 AMG? Coming from an E60 M5, he admitted that this seems to be a slower car compared to his M5. However, the look of the CLS has always been irresistible to him, and in case he ever needed some extra HP, he can simply retune the car to deliver more than 700HP. I’m guessing that’s bound to happen in the near future. 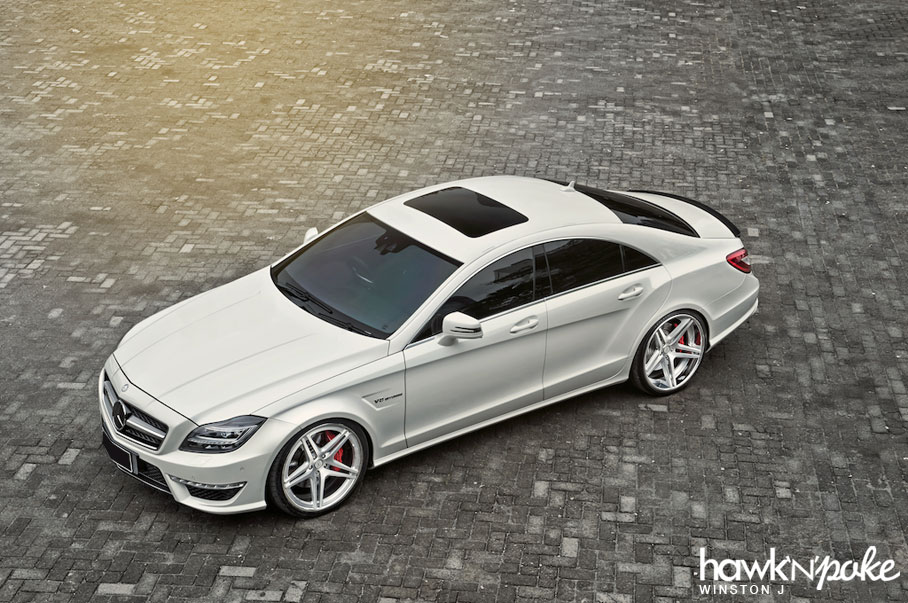 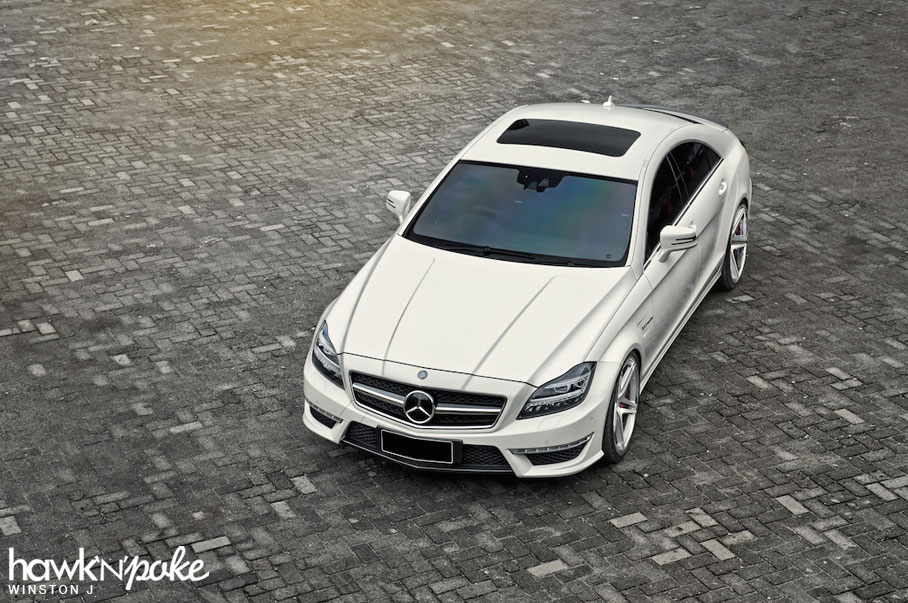