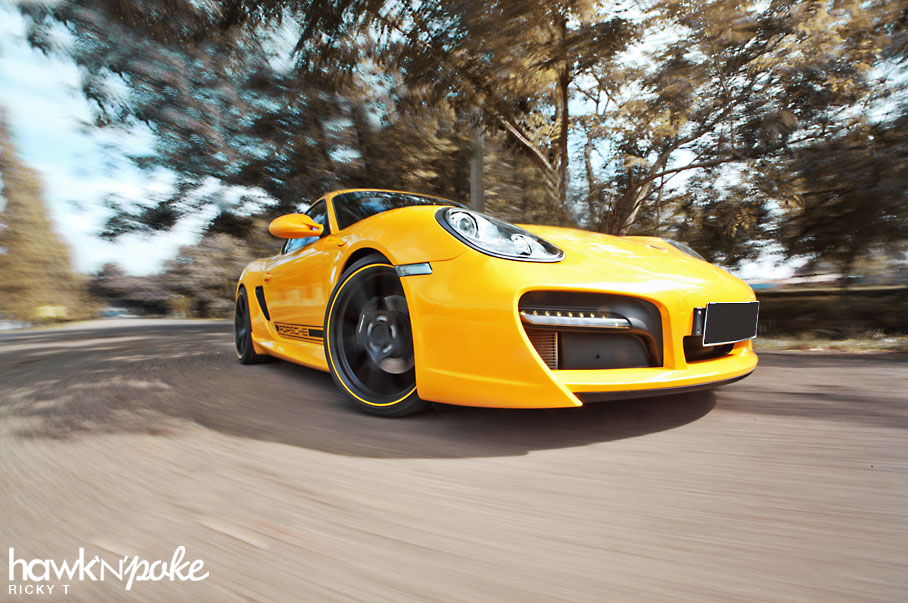 The Porsche Cayman might’ve been a very common sight in the metropolitan city of Jakarta and Surabaya. Even the new 991 911 has become a quite frequent sight these days. We have even featured one that’s sporting a set of ADV.1 staggered 21″-22″ wheels a few weeks ago (link →). None of these cars, however, have experienced the same spotlight-treatment as this Cayman we are featuring today. Ricky, the photographer, found this rare sight in Palembang, a city 1700Km away from the metropolitan. It is a city that’s more well known for its rivers and fishcakes, rather than posh automobiles. This Cayman has earned the title of being the most seductive sports car in town and might as well be the only Porsche within a few hundred Kilometers. 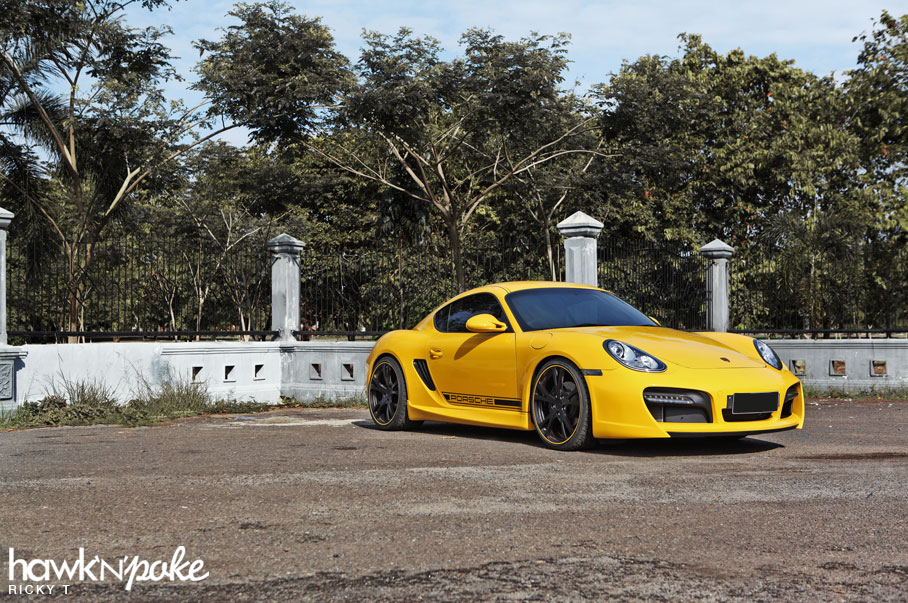 No matter what car you drive, Indonesians always treat two-doors as being much superior than four-doors, don’t you agree? From a foreigner’s perspective, this ‘principle’ must be quite peculiar. I guess this has been one of Indonesia’s unique car cultures. Try parking a two-door VW GTI and a four-door one on the lobby of a mall and let me know which will be rejected and sent to the uncompromisingly steep parking lots. This is Indonesia. Even an M5 owner once told me he got rejected on the lobby of a mall while an SLK was allowed to park there. Why? Because the security saw his M5 as being another four-door. Despite lecturing the security with a few hours of BMW twin-turbo V8 engine vs Mercedes 1.8L engine lesson, he drove on. Now, going back to the Cayman. It’s bright yellow in colour, it’s got only two doors, it has a menacing exhaust note, and, of course, it is a Porsche; imagine driving this car in a city packed with MPVs and city cars. How can this car not be the town’s spotlight? 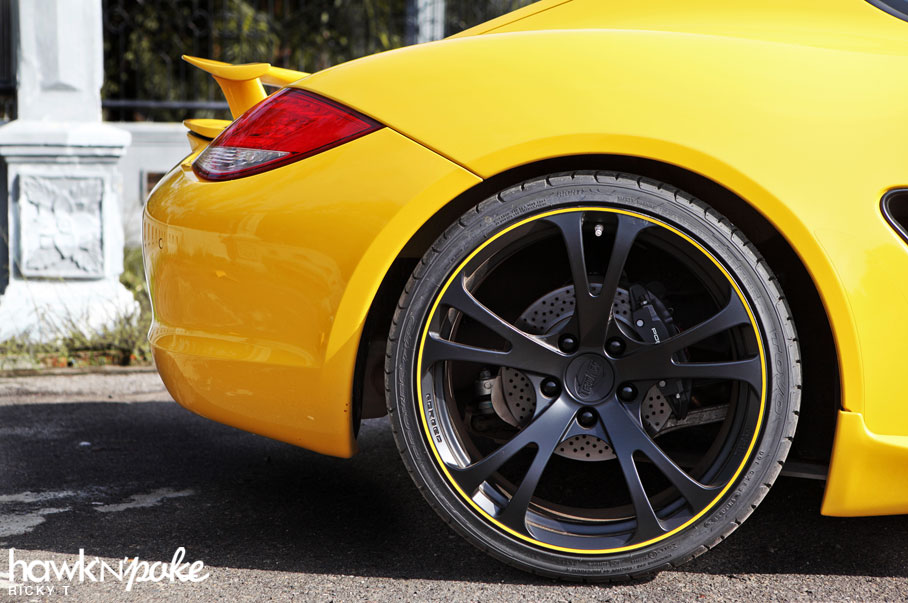 Driving a yellow Cayman in Palembang has initially attracted enough from on-lookers for Steven Christianto. Audio upgrades were the only modifications he did when he first got the vehicle. However, just like the classic modification story, he then was persuaded into adding more upgrades, fueled by his friends’ ‘suggestions’. Then came the TechArt wheels, then the bodykit, and also the Capristo exhaust. So what has he ended up with? A well-optioned Porsche Cayman which exhaust note has greatly matched its aggressive fascia. Has he regretted the friends’ ‘suggestions’? Definite no. 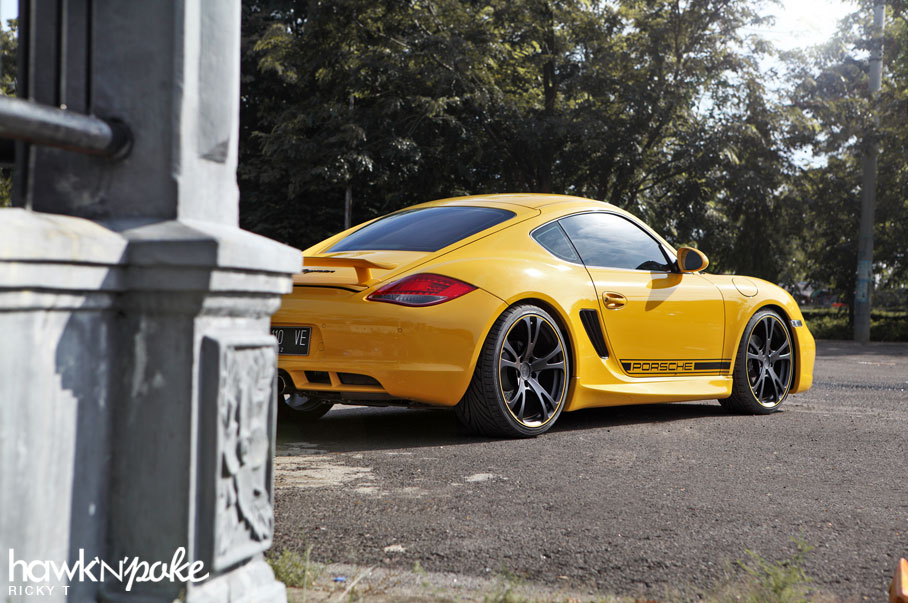 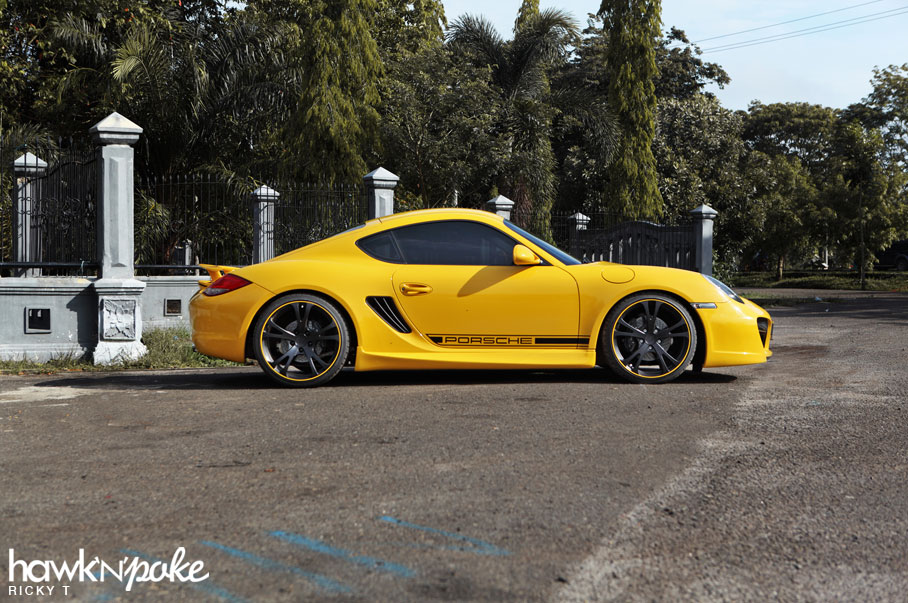 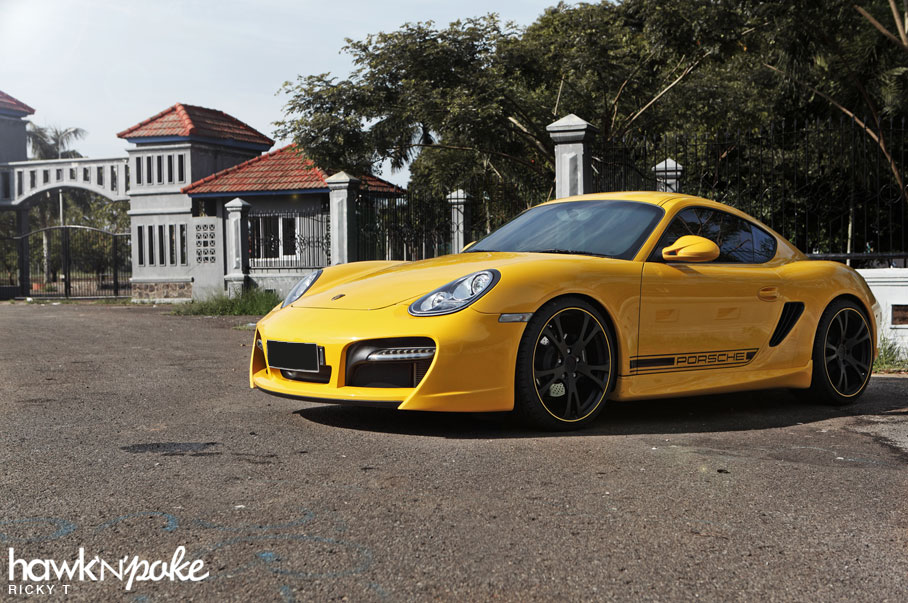 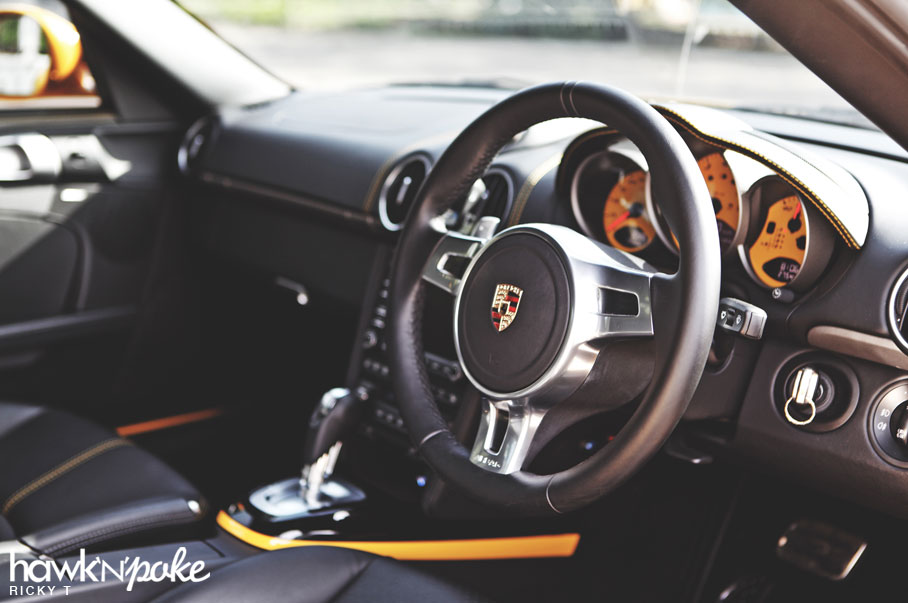 What do you think of Indonesia’s peculiar praise for two-door cars? Are they going to be forever this way?