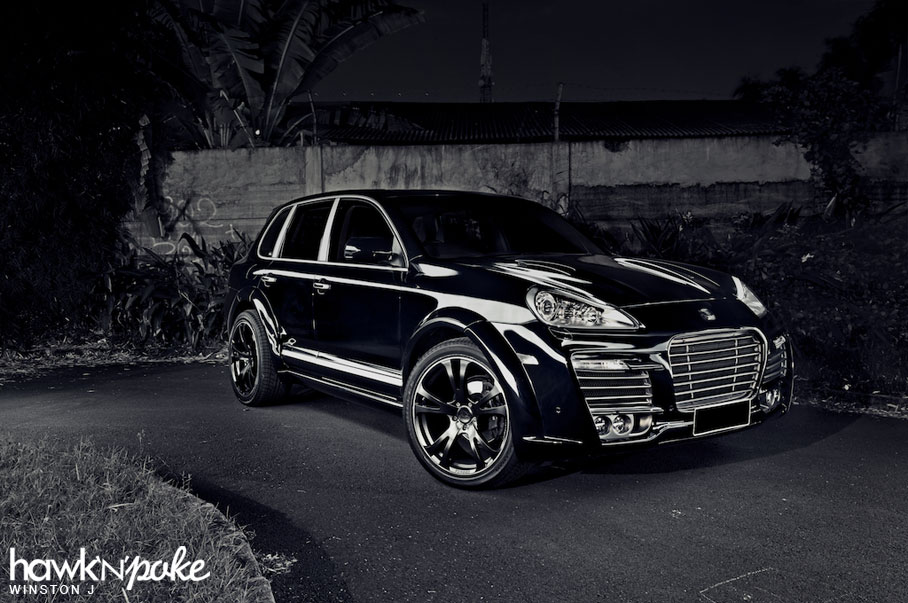 The German Porsche brand is well known for its sportscars, known for their fantastic handling qualities and top notch engine performance; born for the track. Despite those heritage, then came the SUV, Porsche Cayenne in 2002, which drew quite a controversy when it was first launched. “What on earth is a sportscar company doing in producing an SUV?” 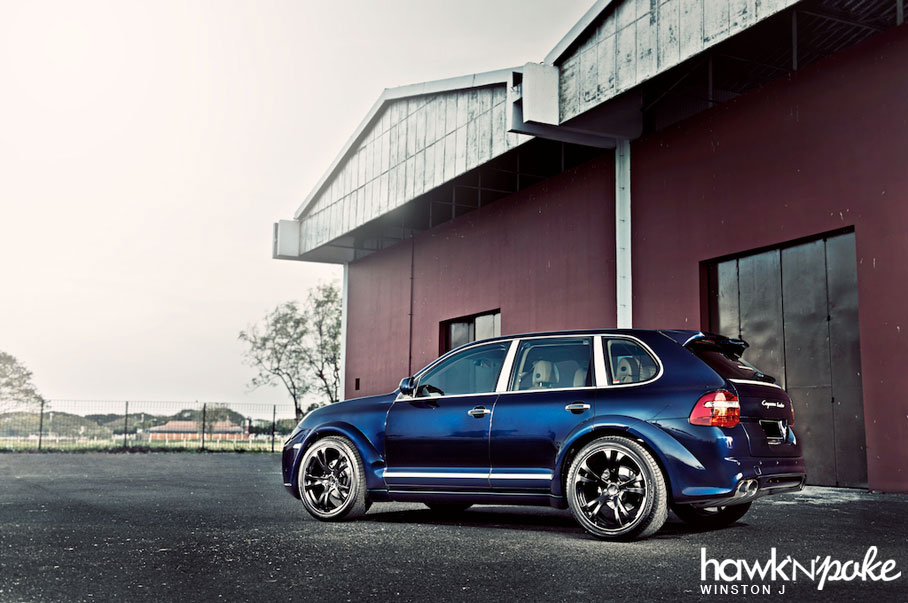 Despite the controversy, I do think that the Cayenne is arguably one of the prettiest performance SUV available on the market today. I say pretty because of its seductive body curves combined with its elegant touches as depicted by the luxurious interior leather materials. It may look timid on the outside and calming in the inside, but once you put your feet down to full throttle, this menacing Cayenne Turbo S will sprint from 0-100KM/h in 5.2 seconds thanks to its 550HP engine. Now who dares to say that SUV don’t have balls? 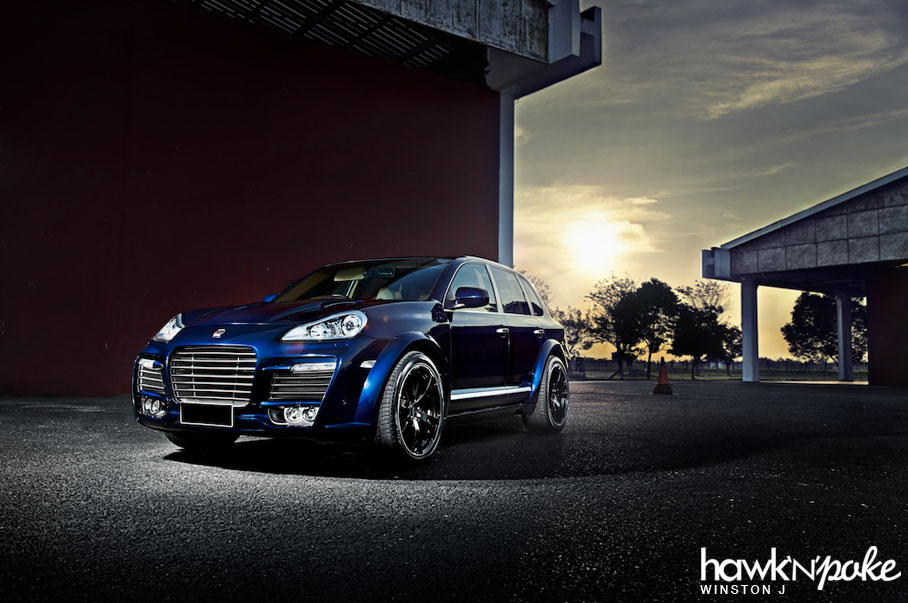 Pretty in its standard form, the Techart bodykit fuels the excitement in this Porsche. This blue beauty is owned by Eddy from Inspire Motorsports, one of the most popular workshops for bodykits. He fell in love with the Cayenne at first sight and eventually bought it because of its rarity in Jakarta, Indonesia. 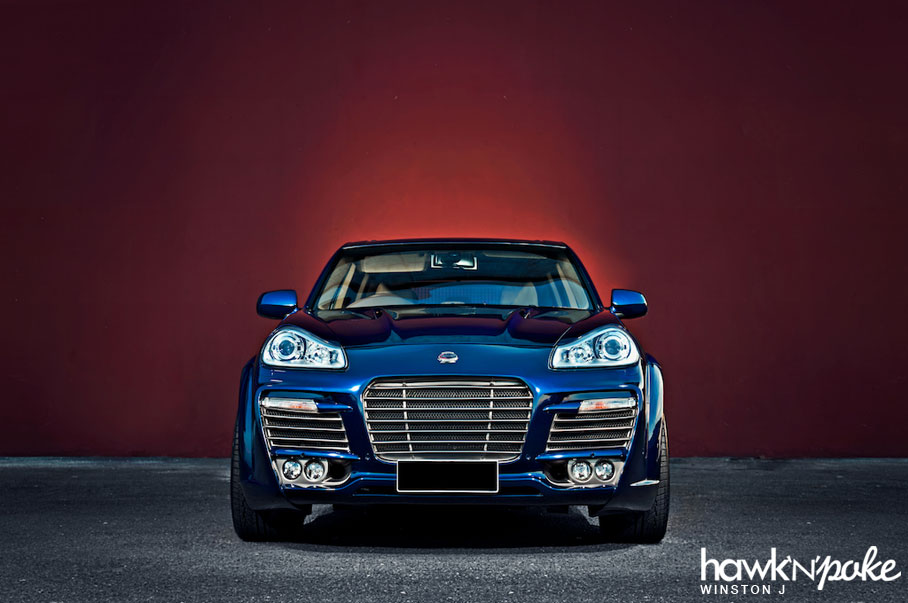 Being a huge fan of modification, he began to look for a bodykit for the Porsche that could make it more aggressive and classy. Many tuners offer a lot of bodykit for this car, from Mansory, Hamann, Je DESIGN, FAB Design, etc., but a bodykit that he decided to opt for was the Techart Magnum kit. The kit consists of a complete set of bumper, hood, fender flares and sideskirts, which makes the car wider and more muscular. If one’s not used to driving this car, he will be guaranteed for trouble in Jakarta’s narrow streets. 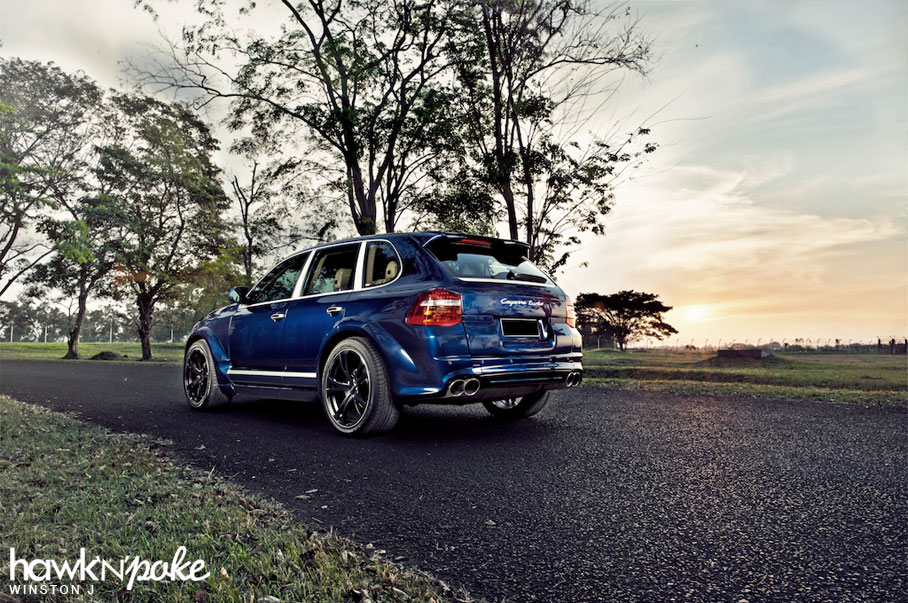 Eddy choose this Magnum Techart because of its appropriate level of aggressiveness; not too much, not too little, just perfect for him. He has also replaced the headlights, taillights, mirrors and front fenders with OEM parts from Porsche Cayanne 2010 to freshen the look of his ride. The 957GT-S rear wing topped off his exterior modifications very well.

Being consistent with the Techart bodykit, Eddy chose a set of 22″ Techart Formula III wheels for the ride. The 22″ was a perfect balance for look and comfort, while the OEM air suspension keeps the fender gaps under control. 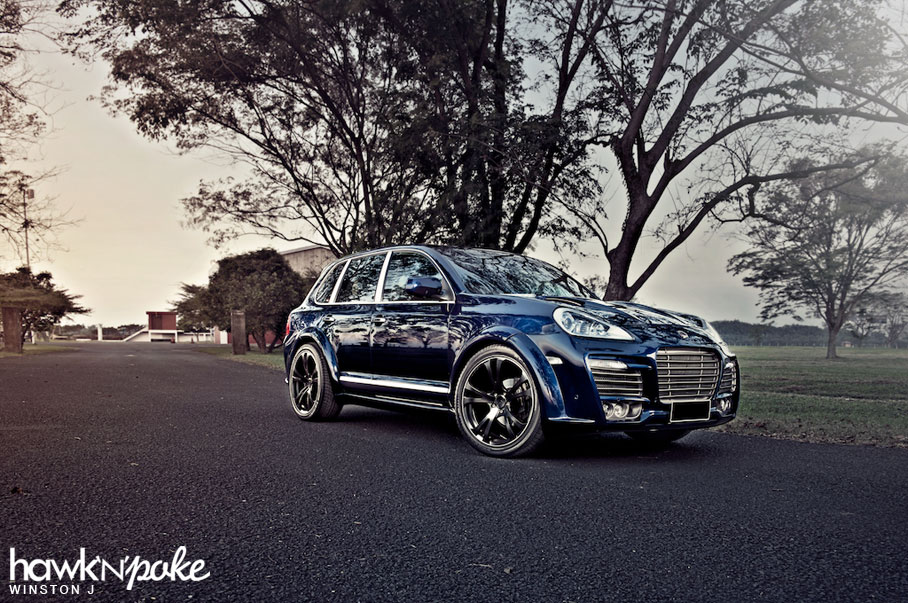 In regard to performance, Eddy installed Techart exhaust and a ECU remap. This results in an even better acceleration and a grungy note of the exhaust. Great job to Eddy and we’re waiting for the next updates for this car. Zwei Daumen hoch für dich!!