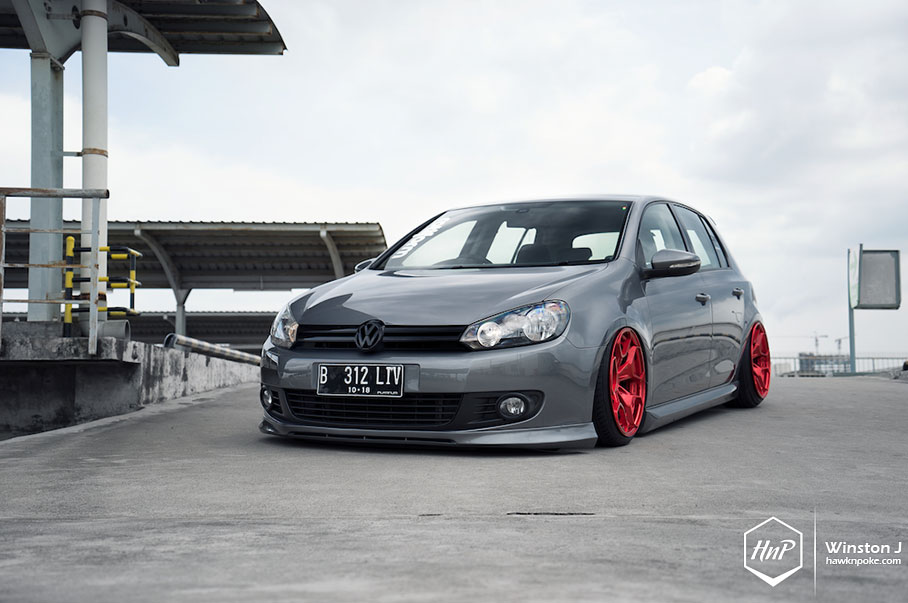 Who doesn’t love apples? Not the tech giant, mind you, but the nature’s offering of a fruit. The texture’s crisp, it goes great with pies – as well as being juiced in itself, and the ‘exterior’ color has alway been really eye-catching, prompting everyone to grab one and take a bite out of it. Today’s featured car happens to posses apple-like qualities – but this is one that you’d want to look at and be amazed, not bite – you’d get a severe toothache if you do. 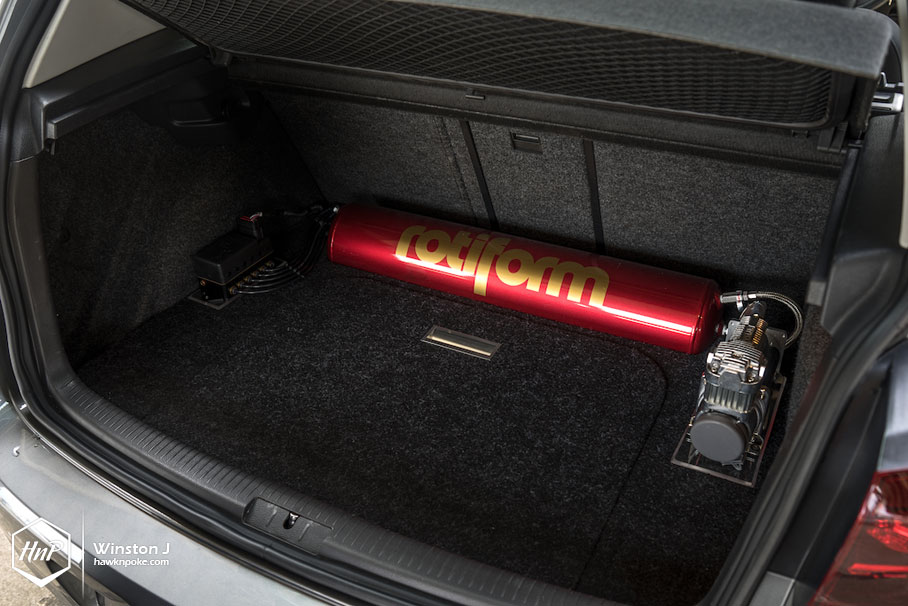 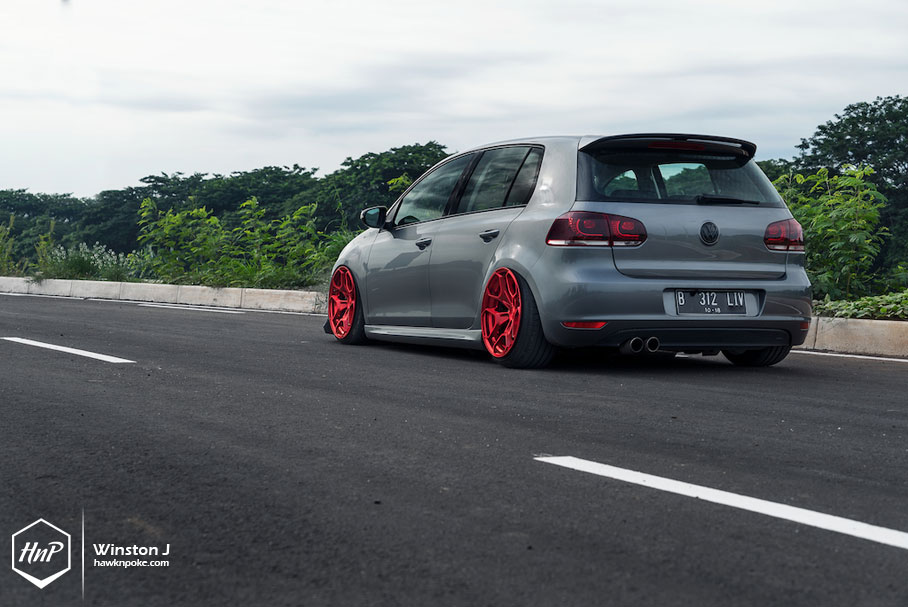 Owned by none other than HnP’s Winston Jaury, this aggressively-modified Mark 6 Golf features crisp mods inside and out, and a different aura compared to the rest of the crop – when Golf owners prefer GTI or R looks, Winston stayed true to its Golf personality, relying on Votex add-on aeros and widened rear arches. A pretty unique look especially when paired with the Apple Candy Red Rotiform wheels. 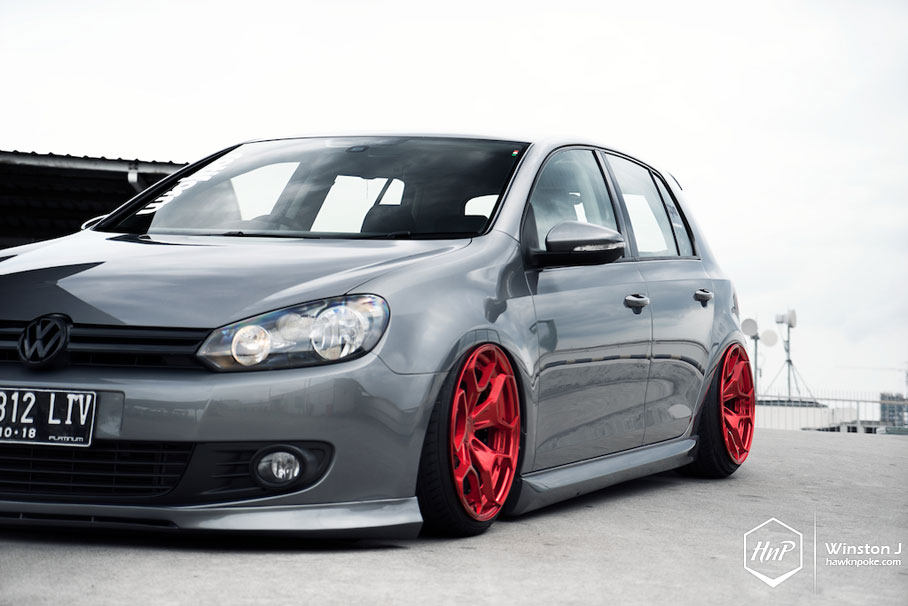 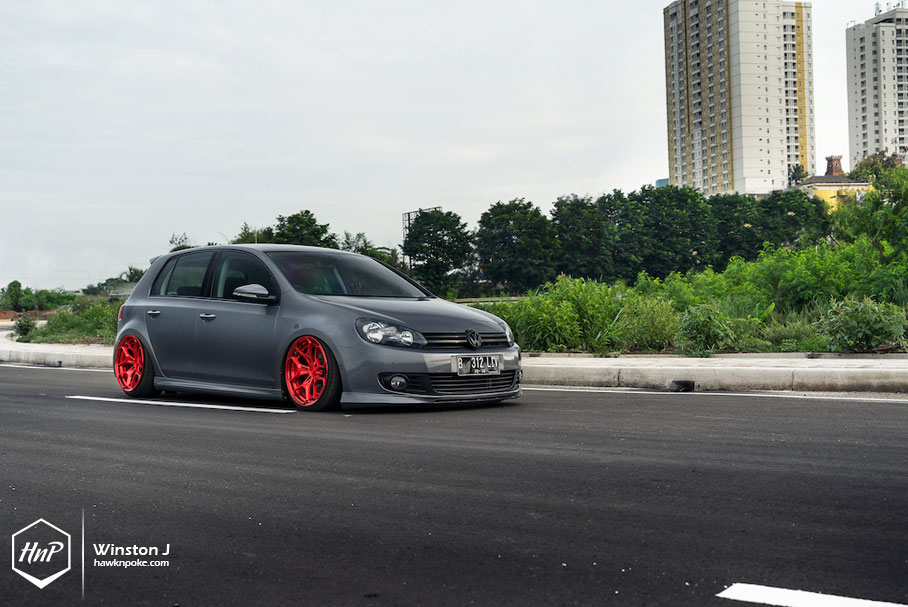 Wanting to boost the cars performance, the powerhouse has also been boosted by Milltek exhaust, McChip DKR reflashed ECU, Wagner Tuning Competition Series Intercooler, and Forge Carbon Intake. All show and all go, all the right boxes ticked. 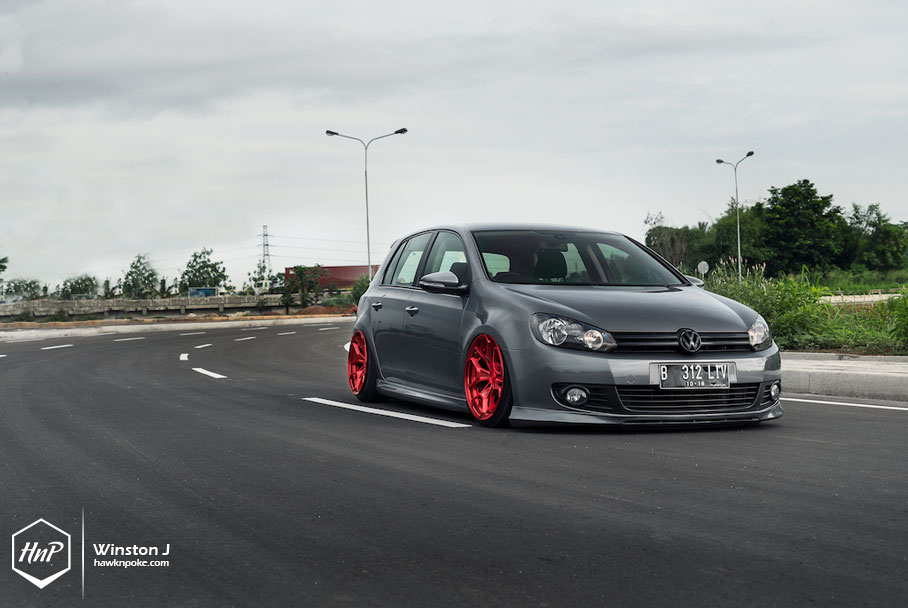 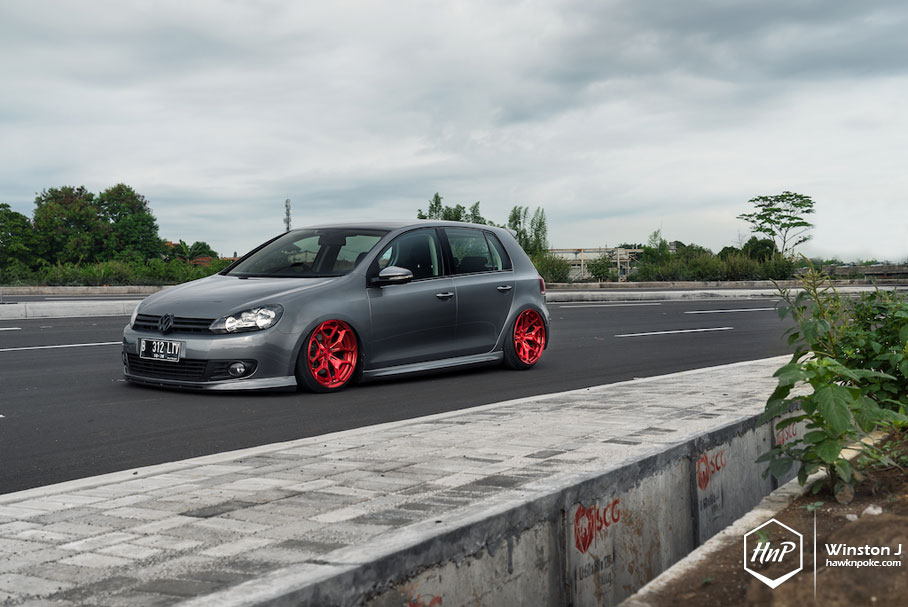 But by far the most striking feature of this car is the tightly-fitted Rotiform HUR wheels, wrapped in Accelera and Toyo rubbers, made closer to the fenders with AirLift Slam Series suspension kit. A definite show stopper and a surprising execution from Winston, given this setup is his first-time in modding his Golf MK6. Getting it right since the first time, as some would say. 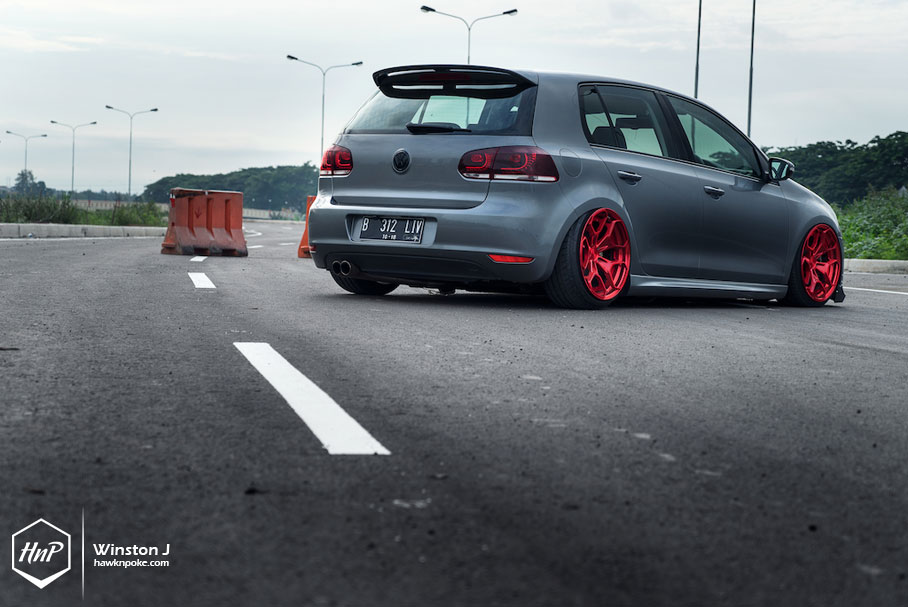 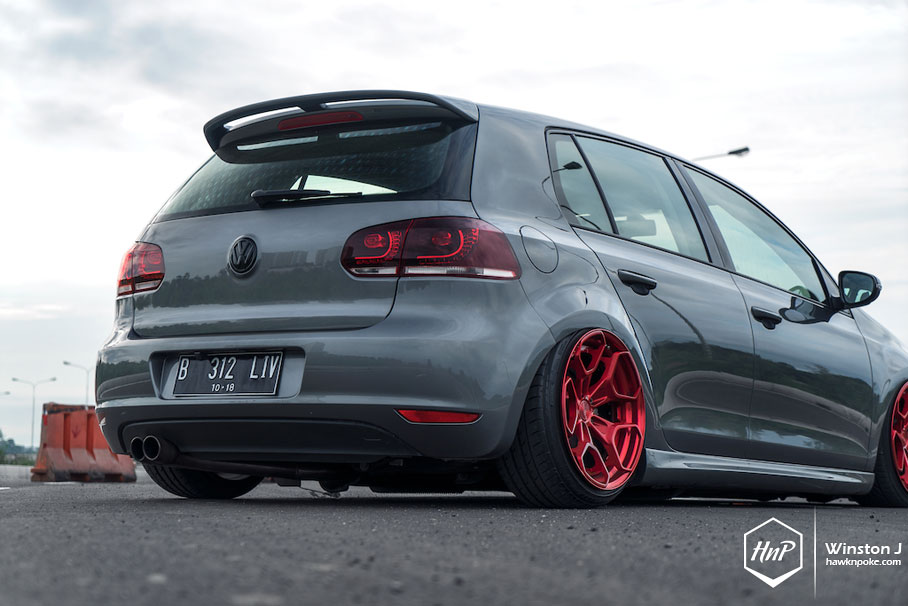 The car’s metallic grey paint job also helps the wheels to stand out even further, directing everyone’s attention to the set of bespoke jewellery fitted to the fenders. Subtle bodywork combined with gorgeus wheels is definitely a win – and Winston’s car is a definite outlier on the streets, stopping everyone in their tracks. 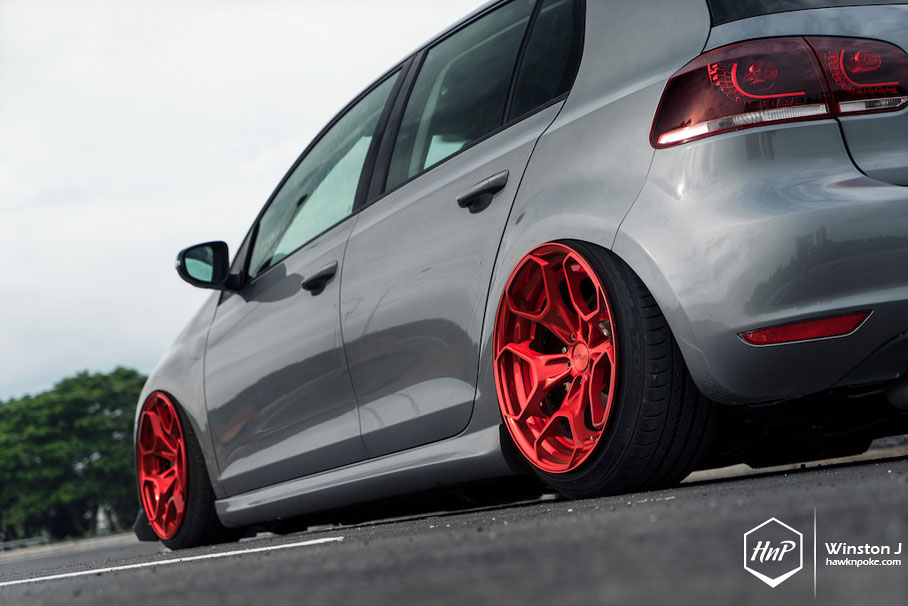 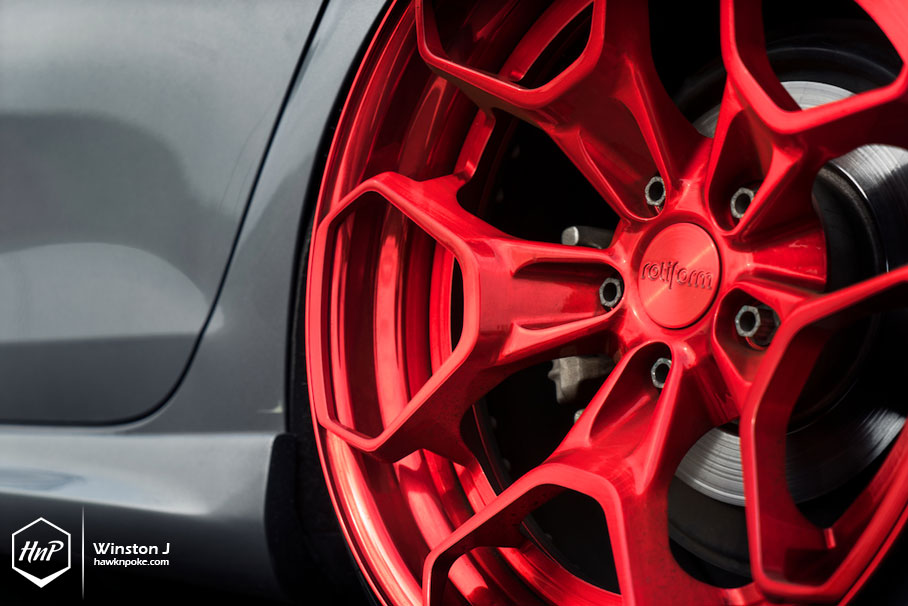 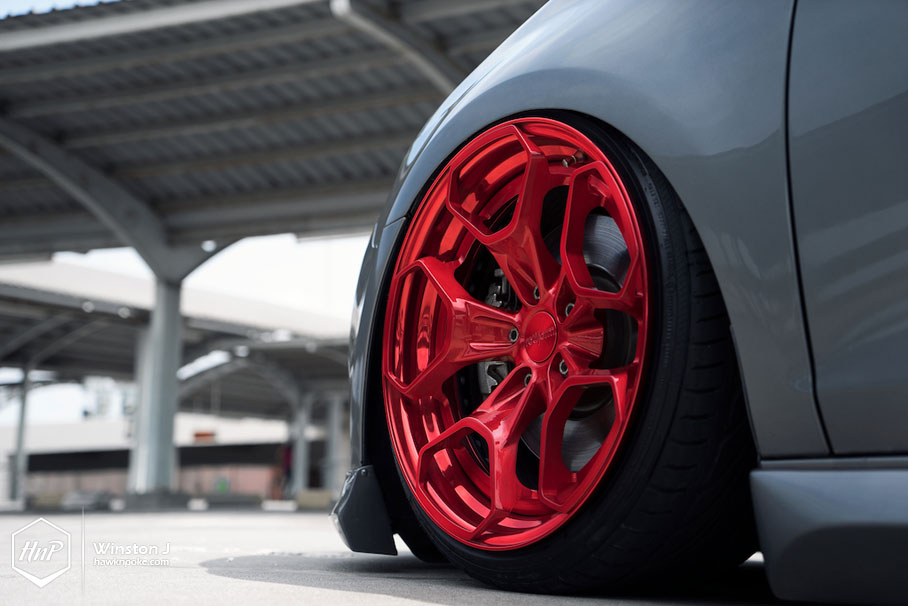 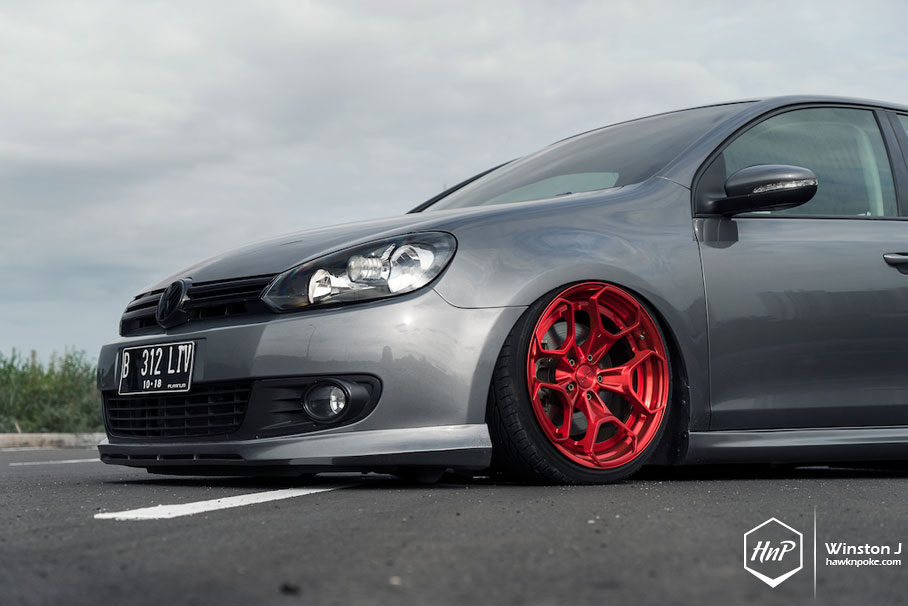 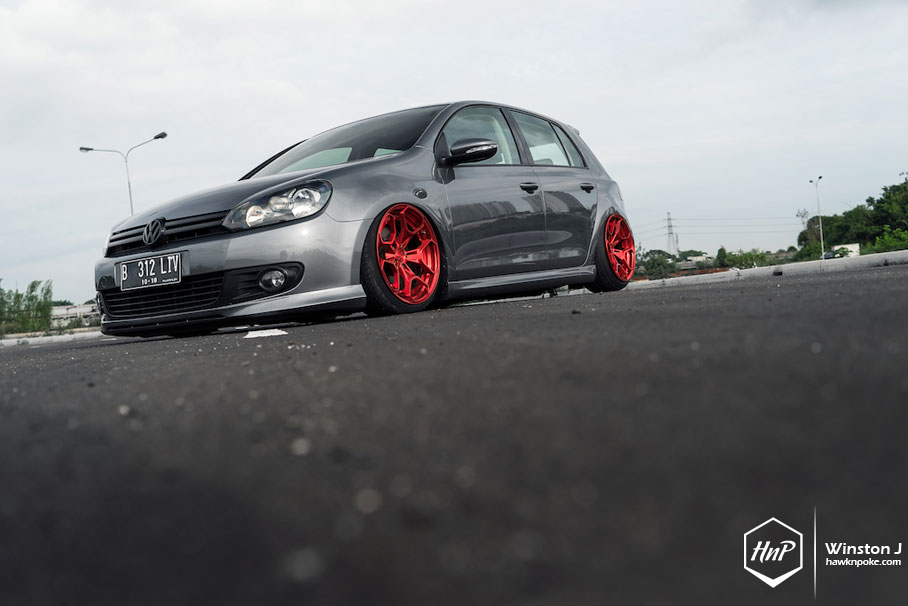 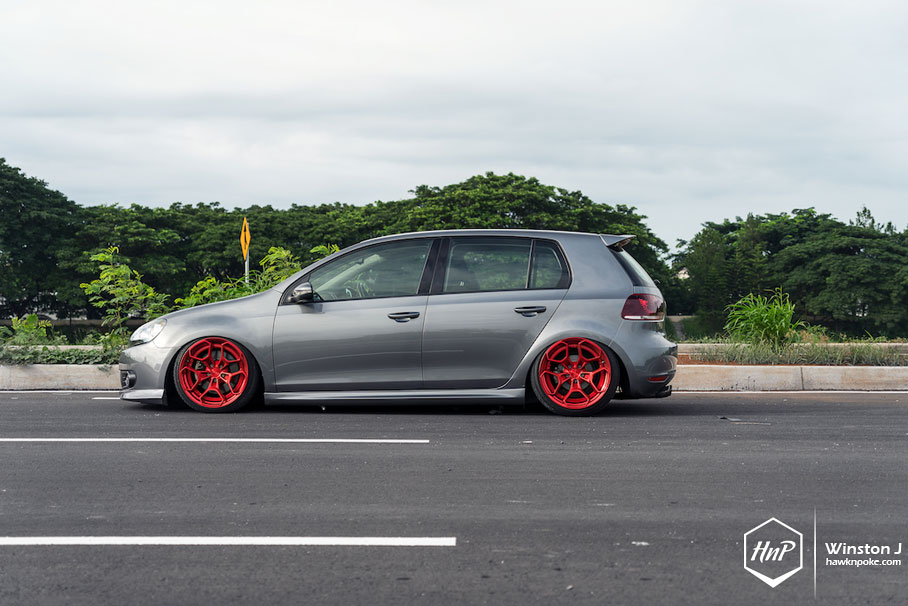 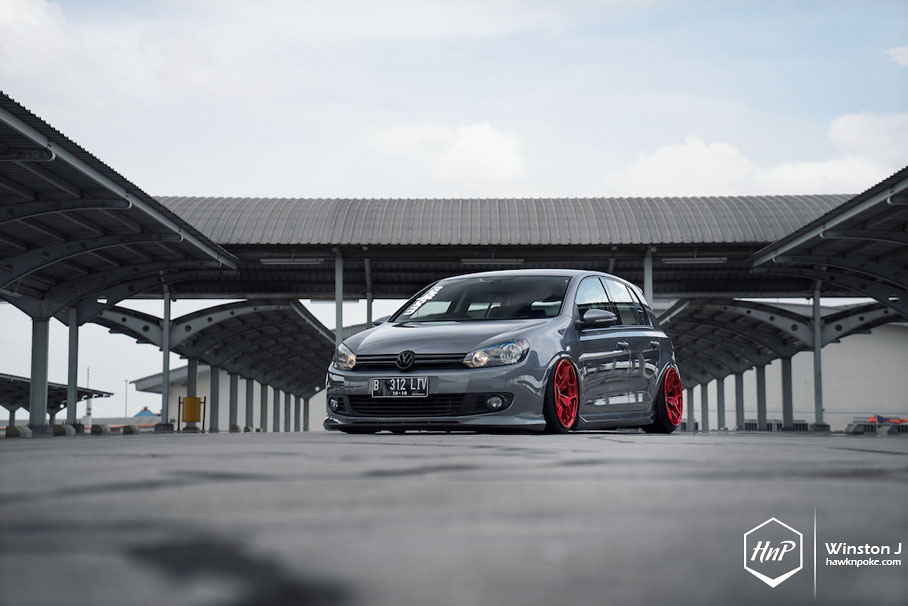 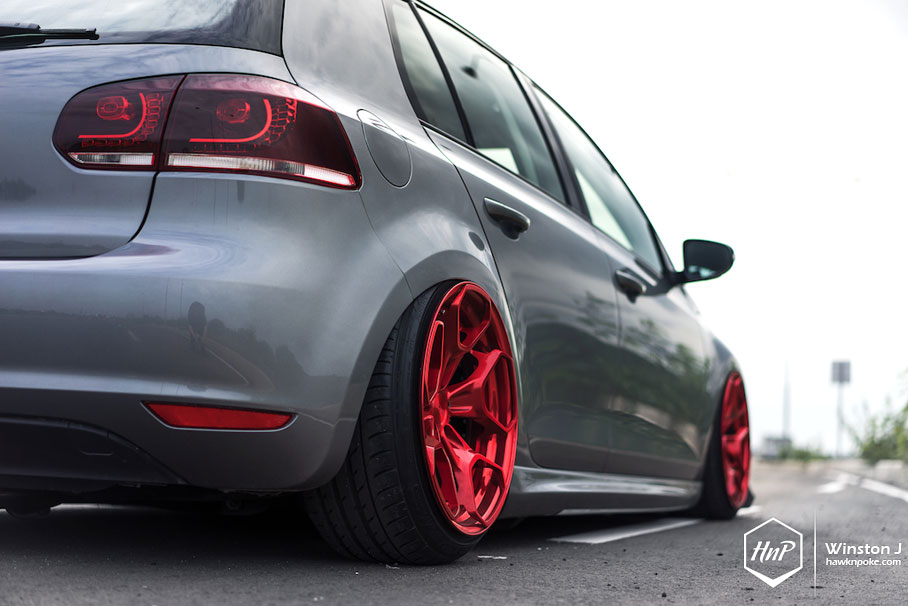 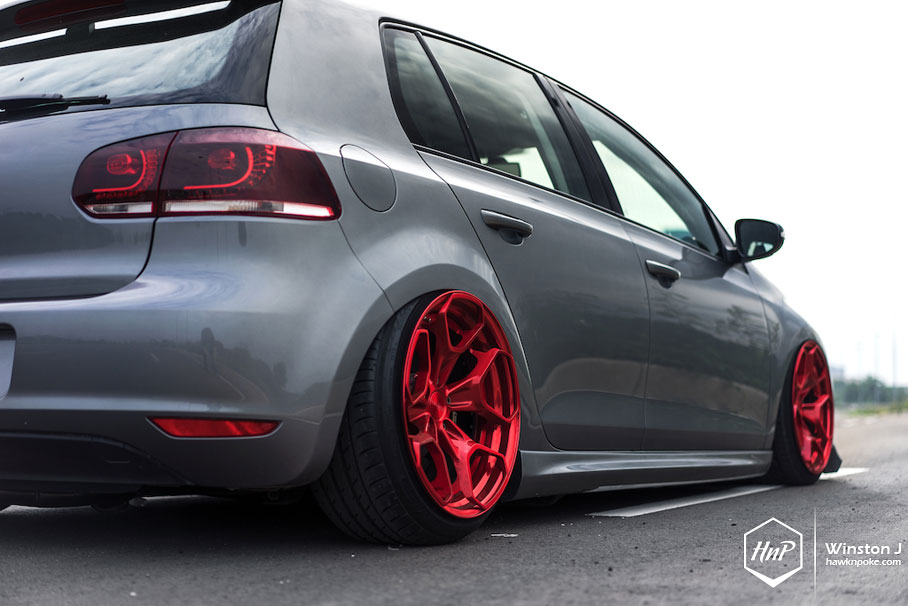 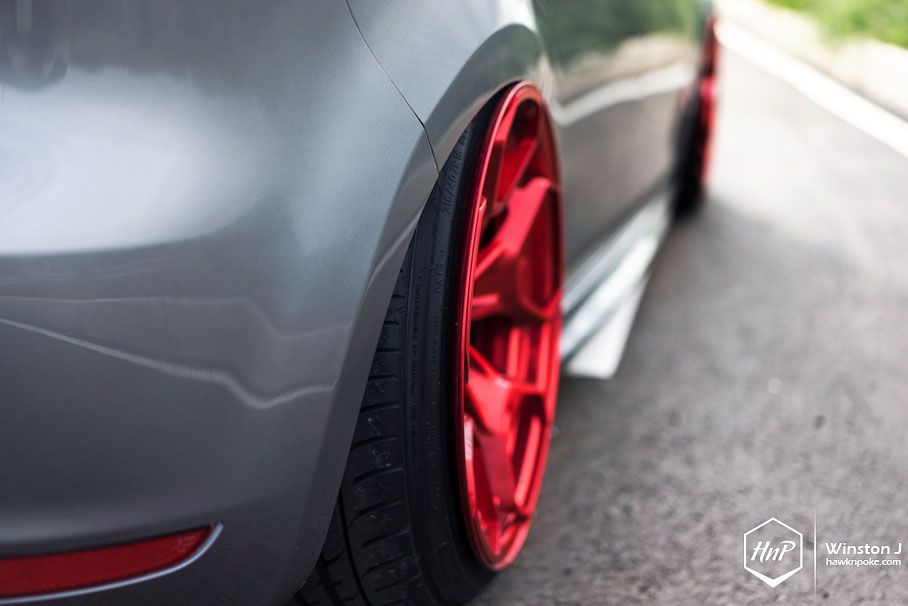 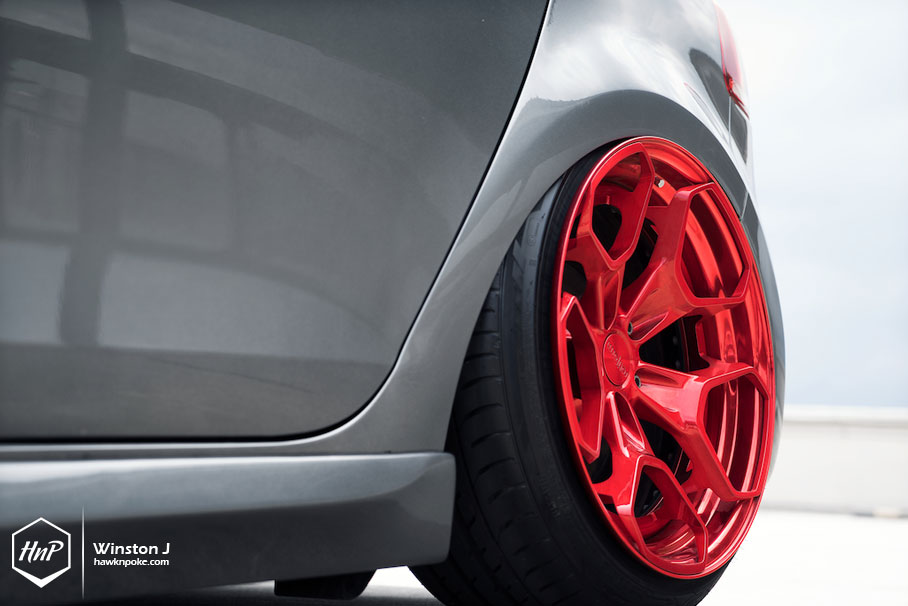 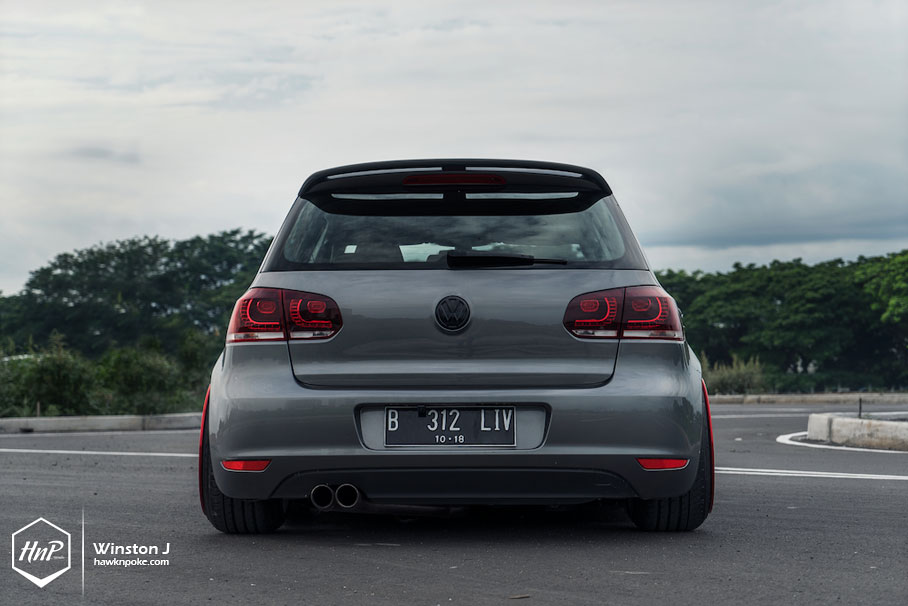 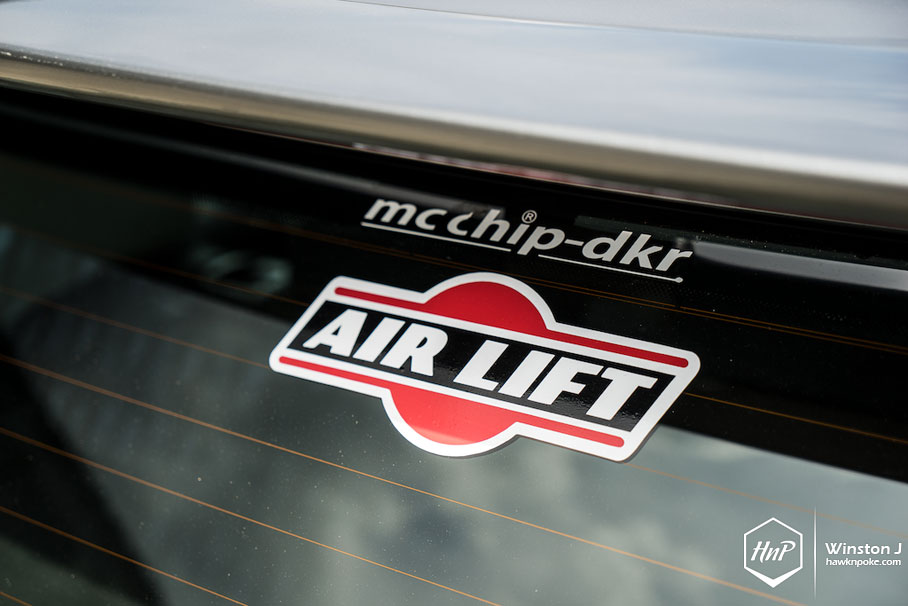 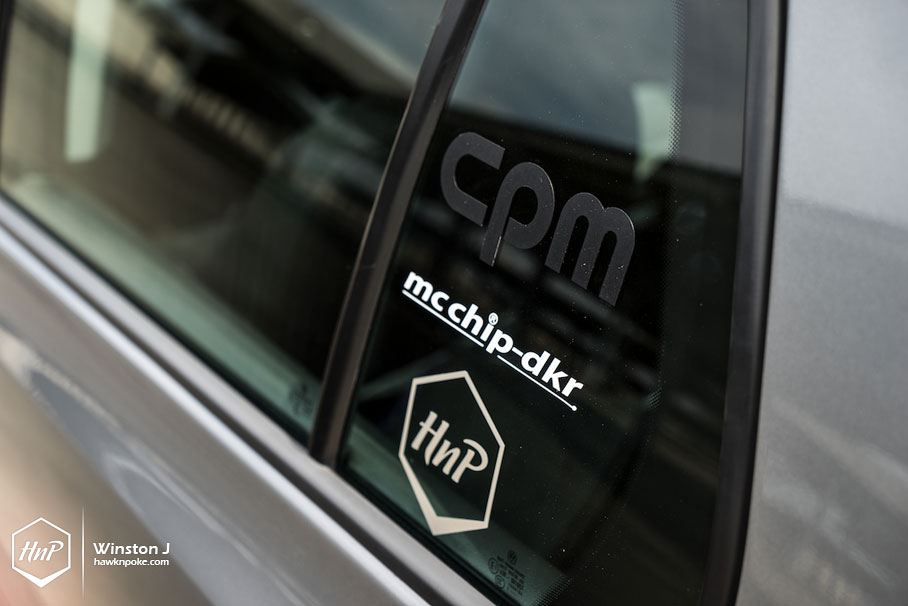 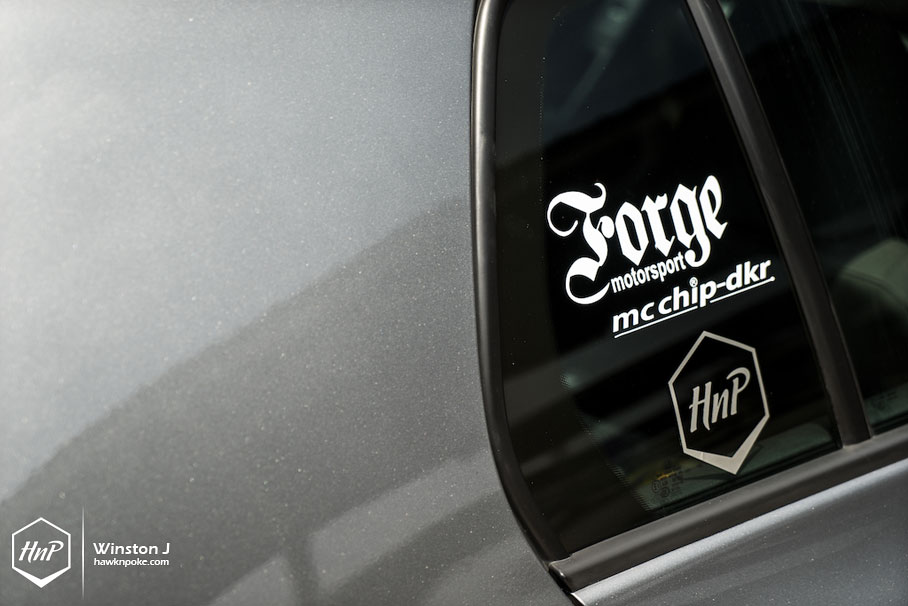 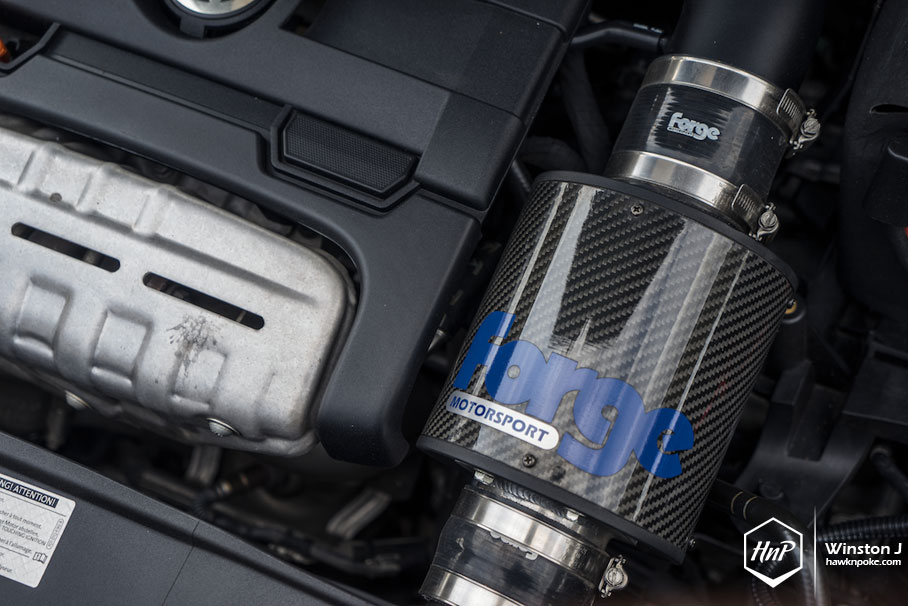 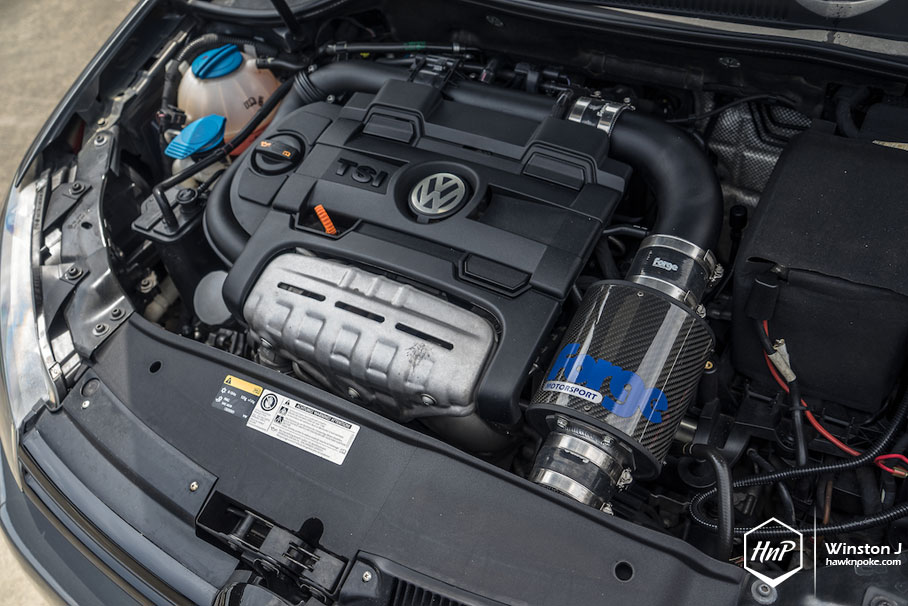 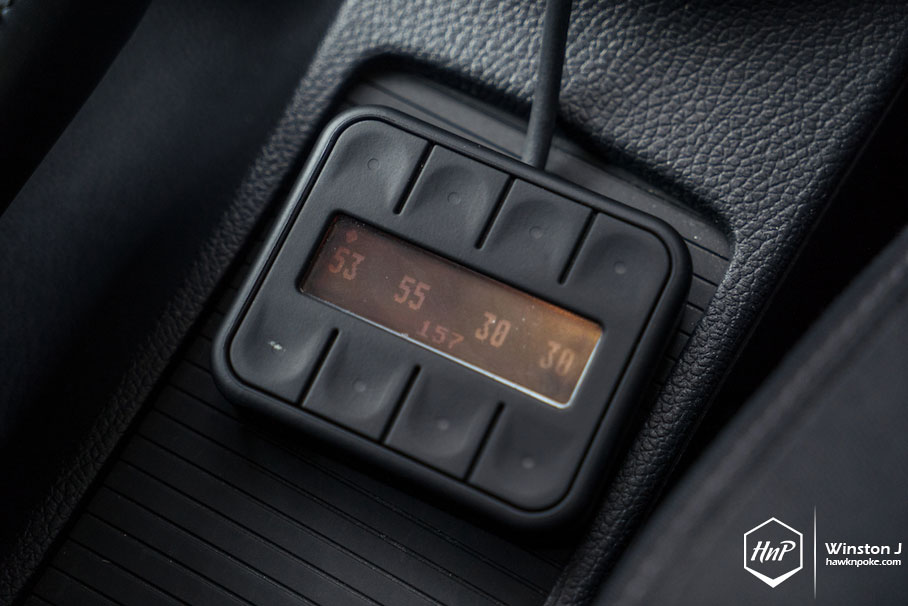