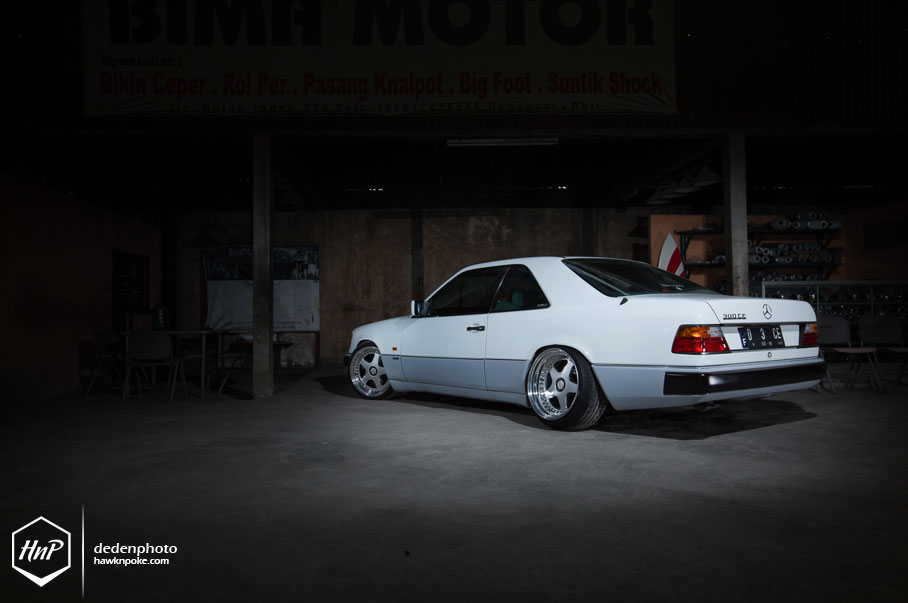 Is it a human’s nature for us to collect stuffs that we like? What makes us so attracted to these particular items? I’ve seen and met a lot of people with different perspectives towards the collection of stuffs. I’ve met those who collect diecasts, whose collections can fill up an entire room and cost as much as a midsize sedan. Others collect wheels; and there’re also those who collect sneakers. I often feel intrigued by their strong passions and the stories they have behind each and every collectible item. So today I’m going to share with you yet another interesting story of a collector: Tahari and his fascinating 300CE. 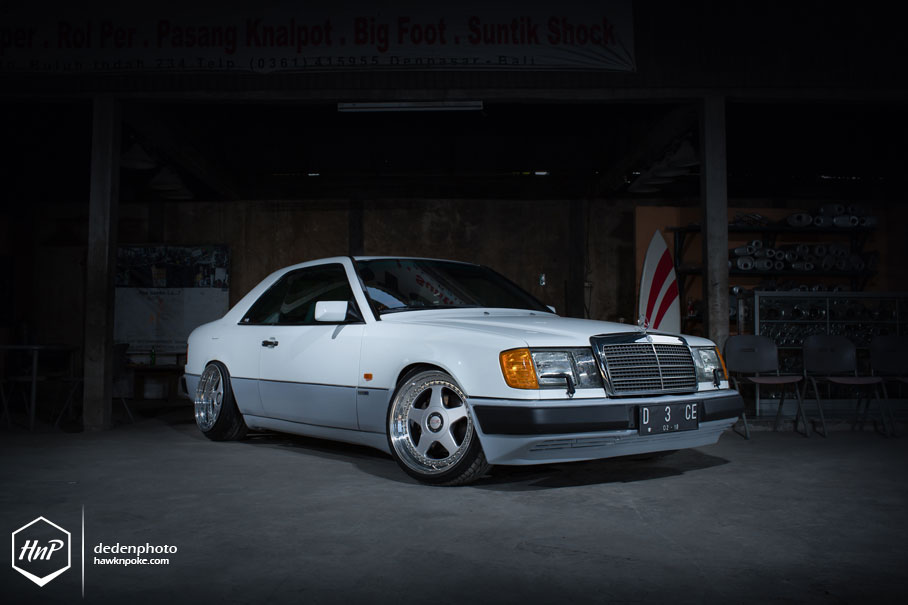 The 300CE is the predecessor to the now-popular E-Class coupe lineup of Mercedes Benz. The 300CE W124 platform was first introduced in 1985 by Mercedes to be its highly durable midsize sedan. Throughout its production period, the platform has won numerous awards from the media for its highly innovative engineering. A lot of parts that were introduced in the W124 were the first to be equipped on a sedan at that time. Some of which are plastic molding undercarriages to reduce drag resistance, singular windshield wiper, and advanced rear suspension system found in the estate models. 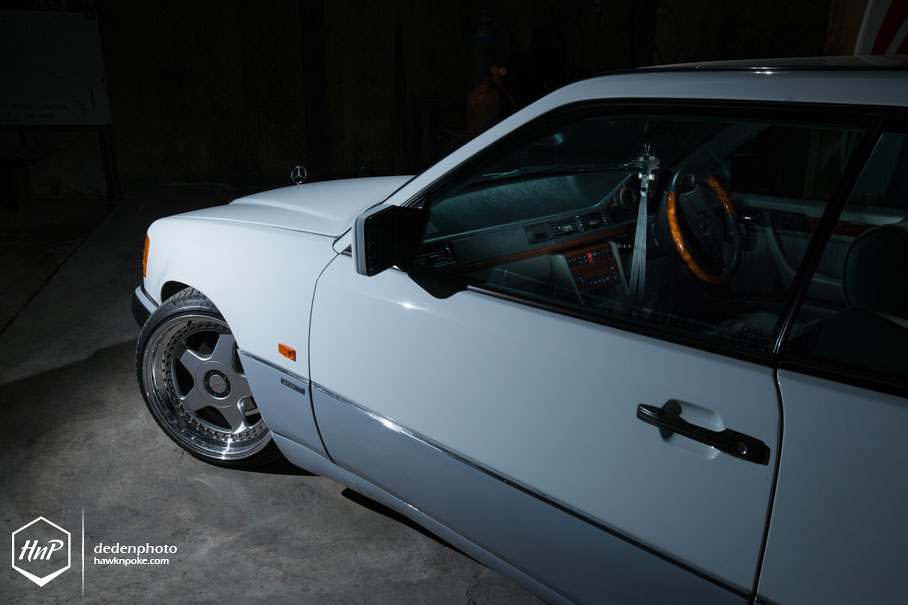 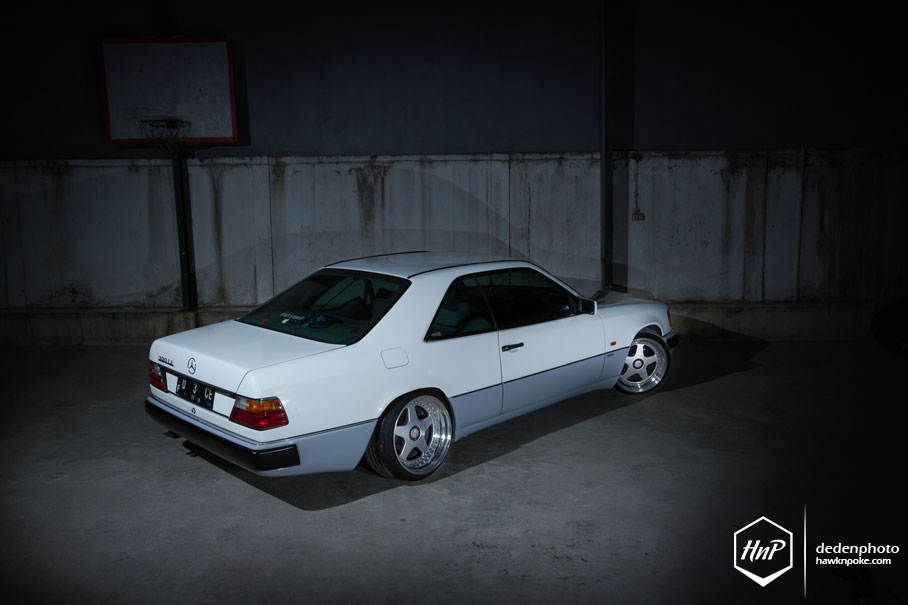 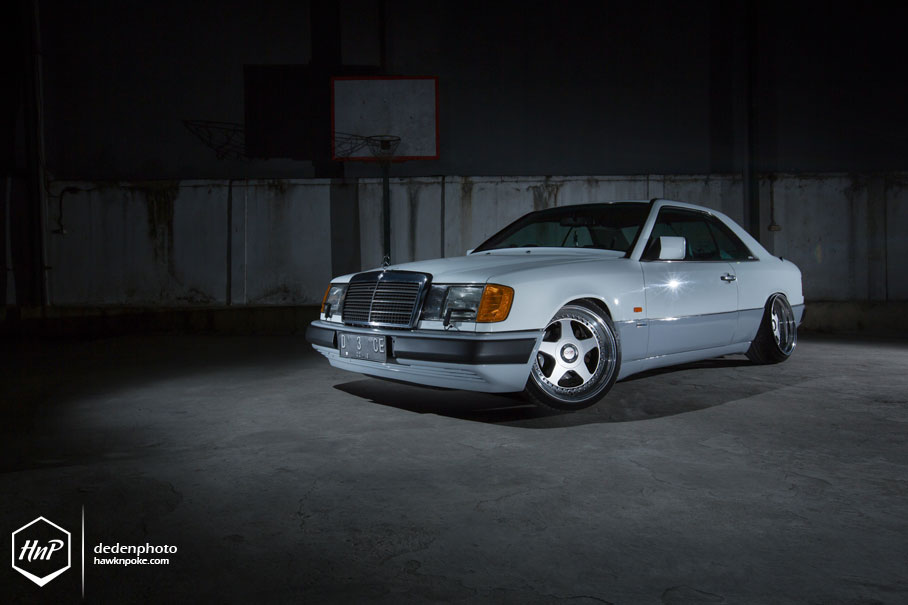 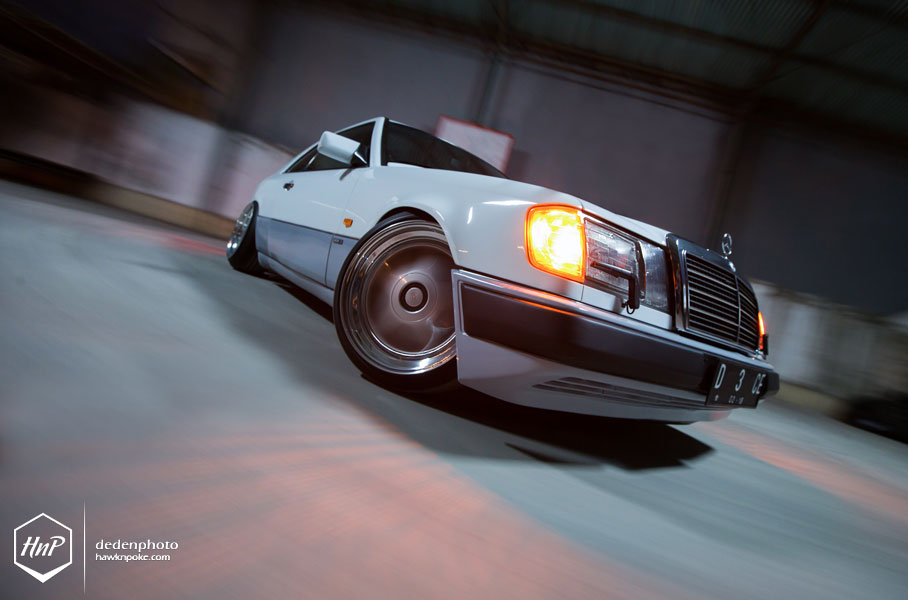 Throughout Tahari’s collection, he has always had a similar treatment done to his Benz: original mint looks, slightly lowered, and equipped with OEM or Mercedes Benz tuner wheels. Among his collection of wheels are AMG Hammer 17″, AMG CL 19″, AMG Aero 19″ and Brabus Monoblock 3 19″. But this time he got carried away by the aggressive fitment trend currently popular and decided to install this set of wide OZ Futura. At 9.5″ front and 11″ rear, I’d say he has gotten a perfect score at the stance game he’s trying to win. 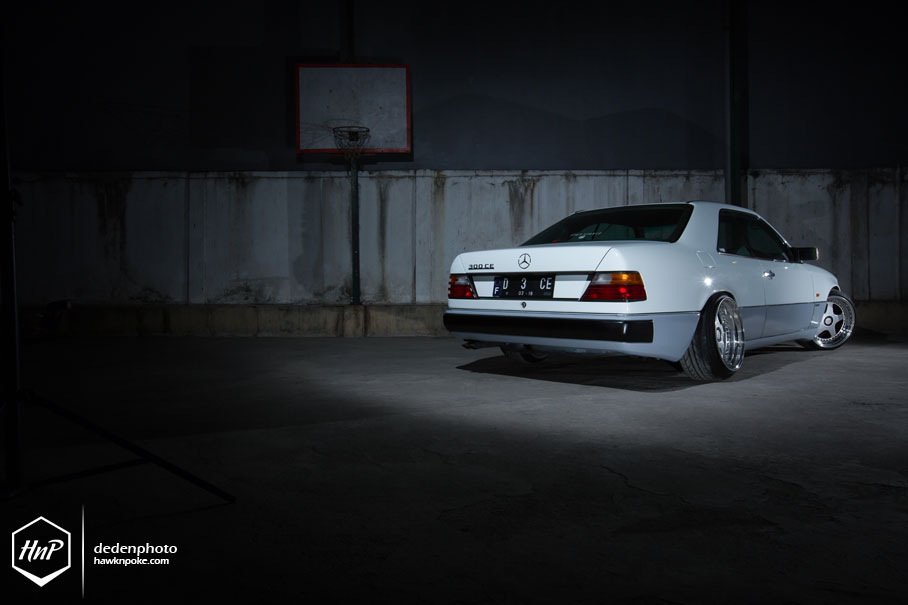 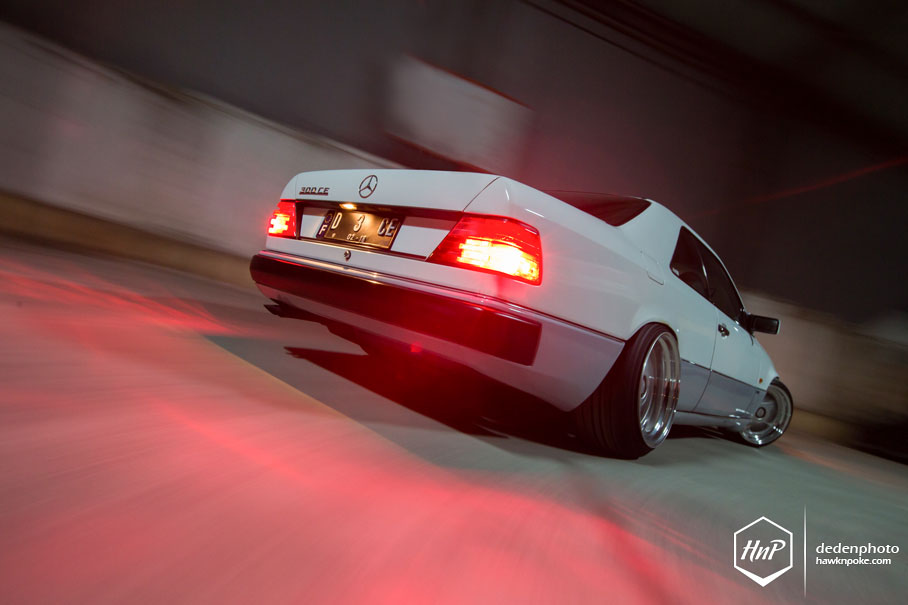 What’s next? For now Tahari’s satisfied by what he has attained through the 300CE. This was the car that brought out his childhood memories of admiring Mercedes’ interior work for the first time. But among his future dream collectibles are the R179 SL and the Porsche 911. Yes, a 911, not a Mercedes. I’m starting to believe that the old 911’s are some of the most popular classic cars that people are dreaming of owning. 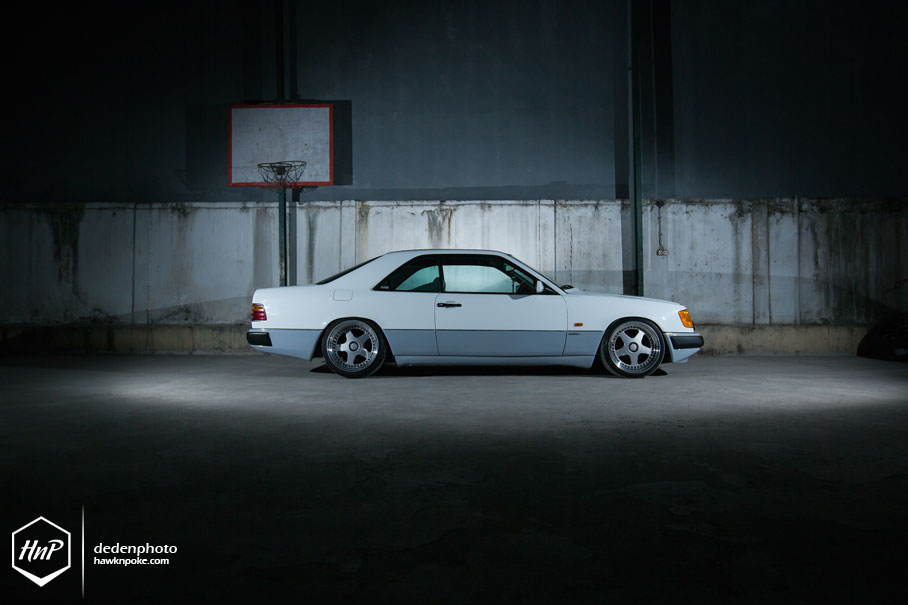