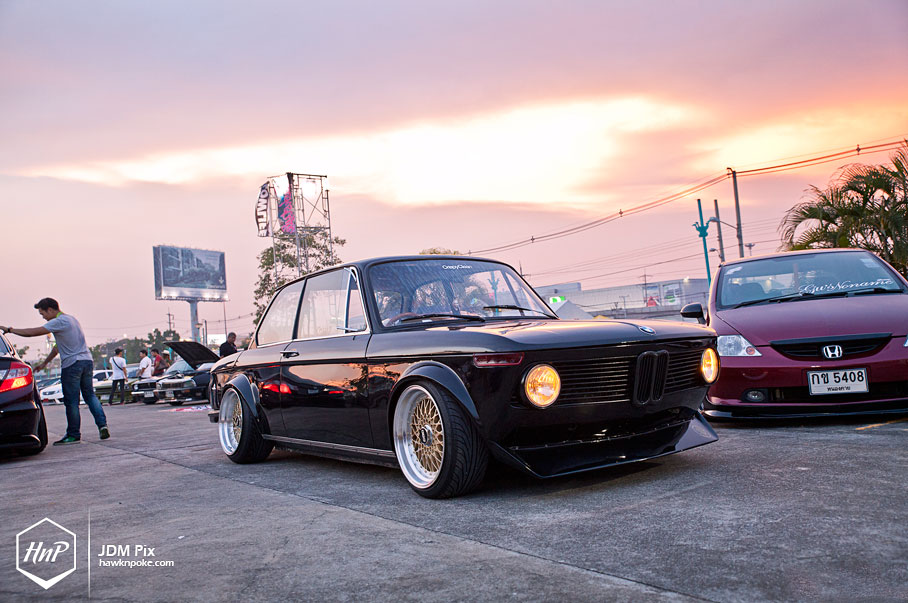 Yes it’s here. Our coverage to Thailand’s greatest automotive event to date: the Flush Style 3rd Anniversary at Wonder World Fun Park. Held couple of weeks ago, on the third of May, the Flush Style team yet again has sparked a great deal of creativity into Thailand’s car culture. More than 400 uniquely modified cars gathered in the amusement park, with entertainment schedules being filled with biking actions, DJ mixes, sexy car wash and merchandises bazaar.

Flush Style Team has always created larger and greater events every year. They traveled to many countries for inspirations and crafted new events yearly in Thailand. I’m sure their fourth anniversary next year will be the most interesting event in 2015. Enjoy these pictures captured by Zetar and Skyline from us the JDM Pix crew! 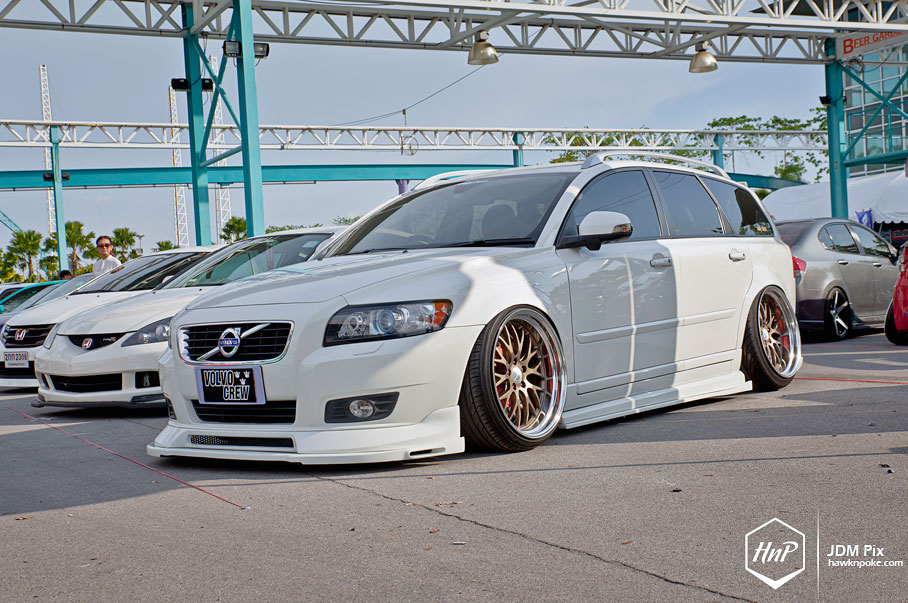 The famous Volvo that has made it’s way to Stance:Nation. 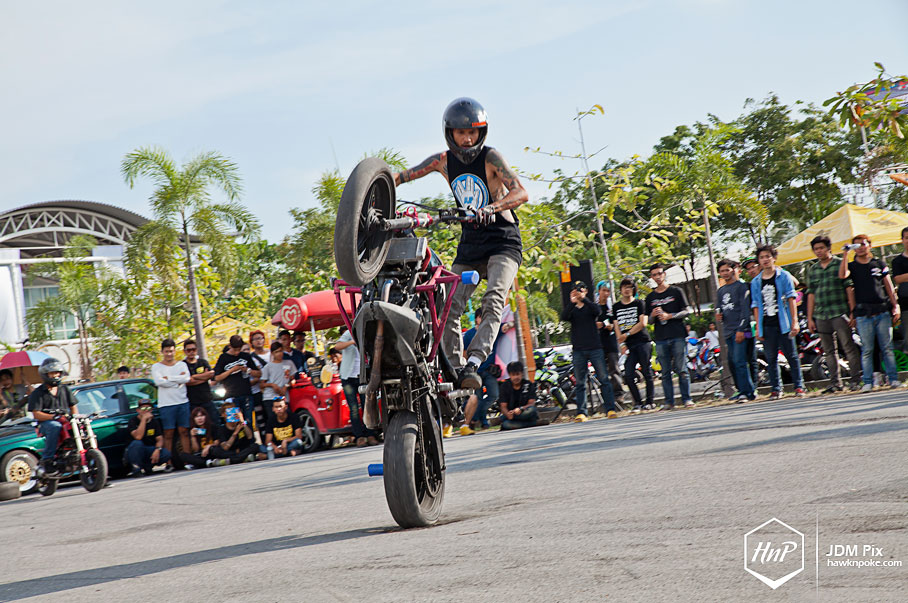 Bikers’ attractions gathered the crowds’ interest during the noon. Along with sexy car wash and live musics. 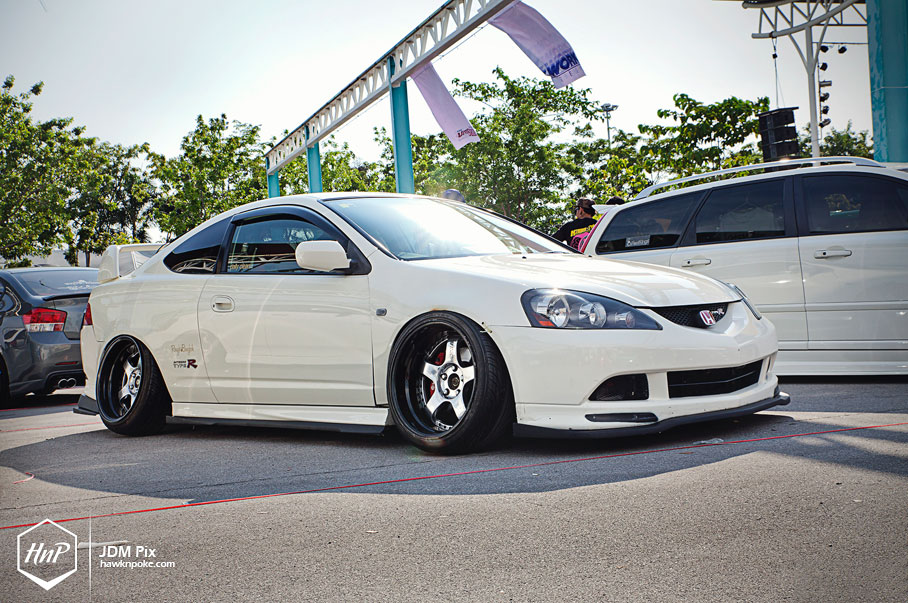 Another famous ride from the Crispy Clean crew. The oh-so-cambered DC5. 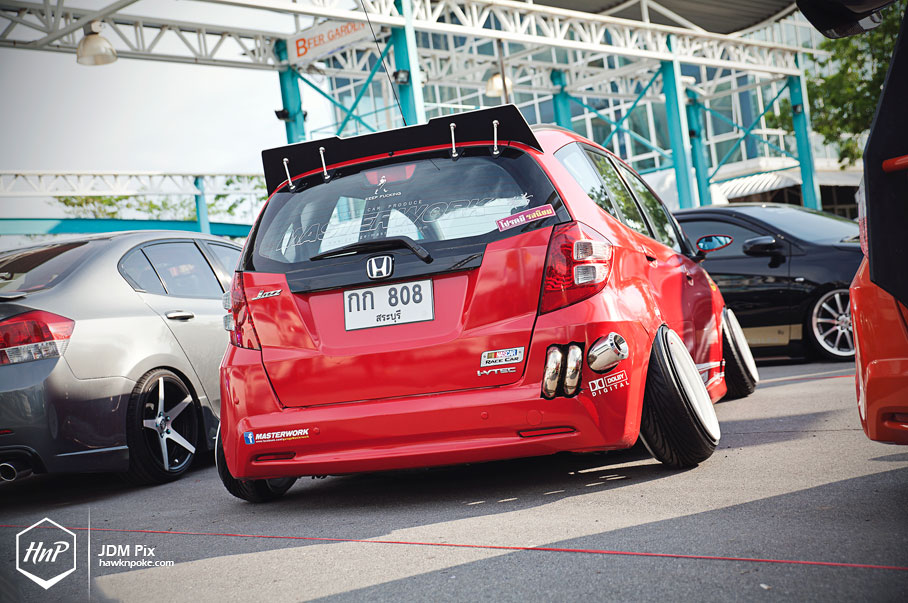 Despite the similarly popular Japanese car models being sold in Thai and Indonesia, I’ve always found the modification styles to be slightly different.

What’s popular in Thailand these days are the track-look-yet-so-slammed treatment on the Japanese city cars. 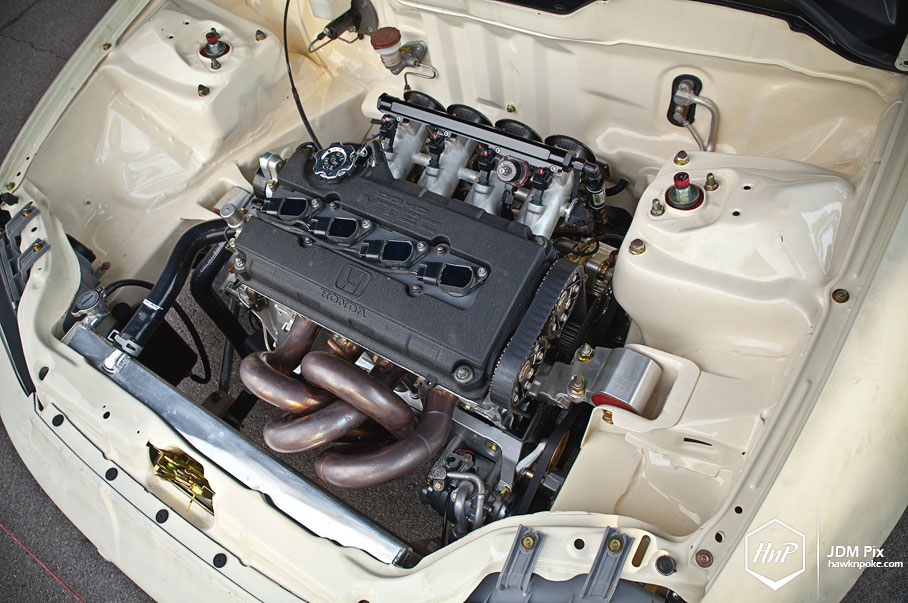 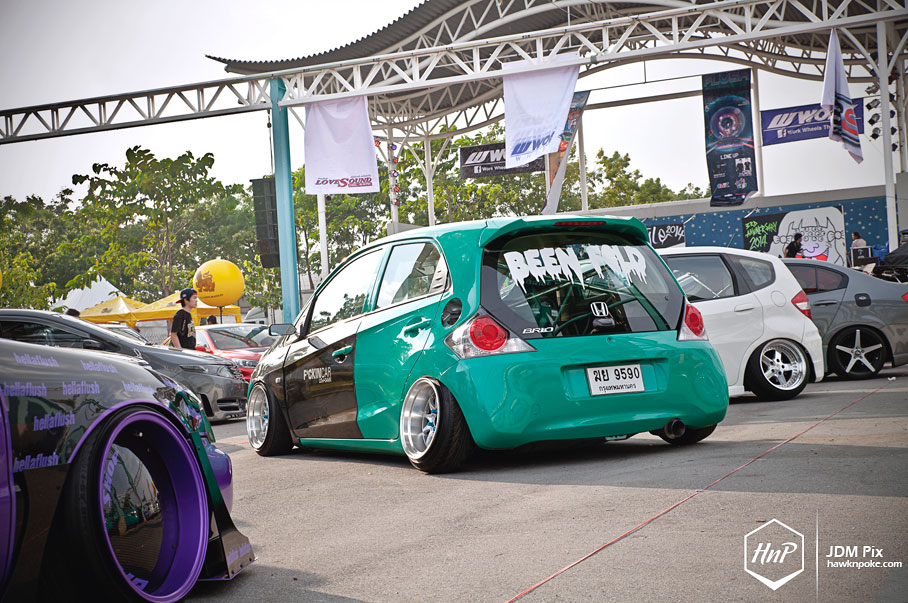 The Brio is another popular platform among Thai’s stance scenes these days. 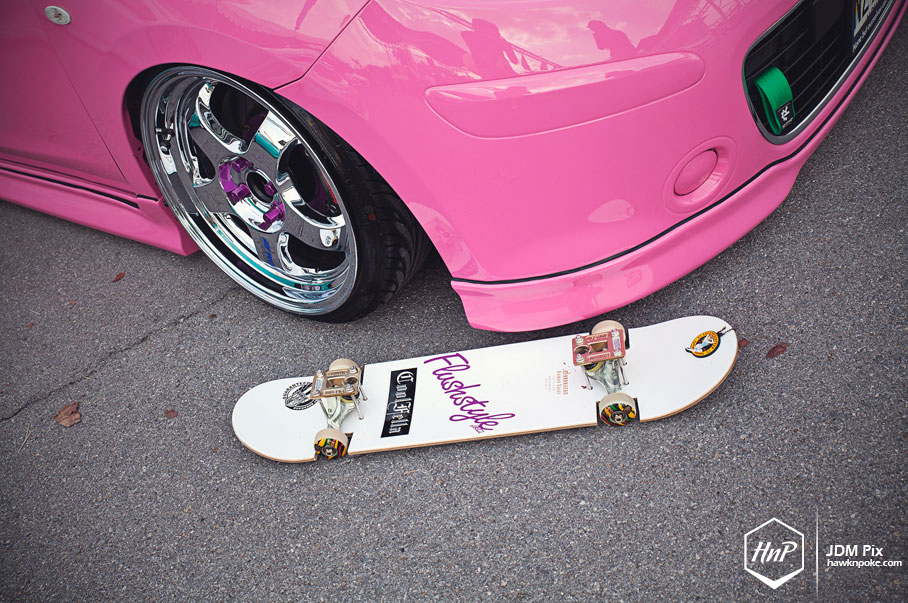 What made the event even more exciting were the crowds’ creativities beyond cars. Such as this tricked-out board. 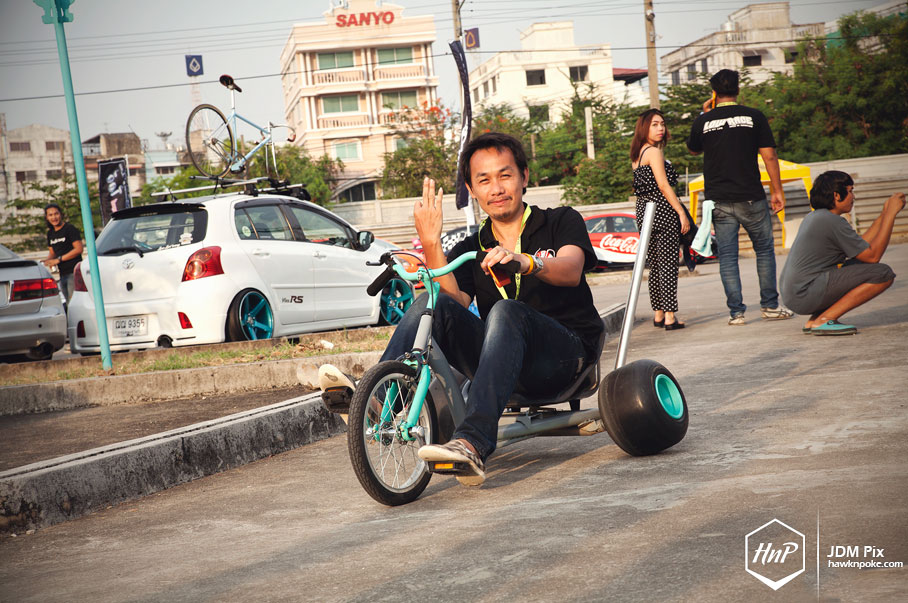 Or the cambered out tricycle. 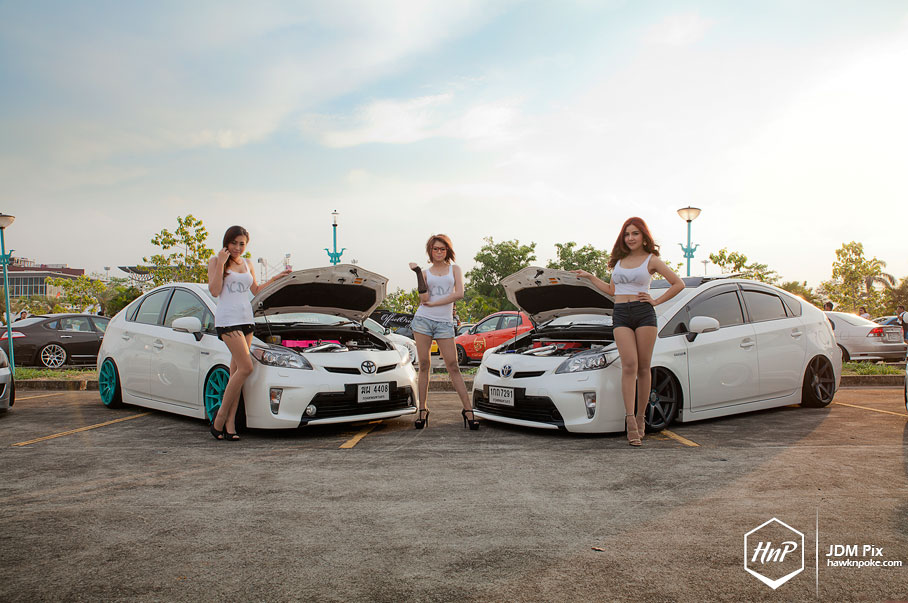 Perhaps for most guys out there, what’s even more exciting are the Thailand girls. Aha! 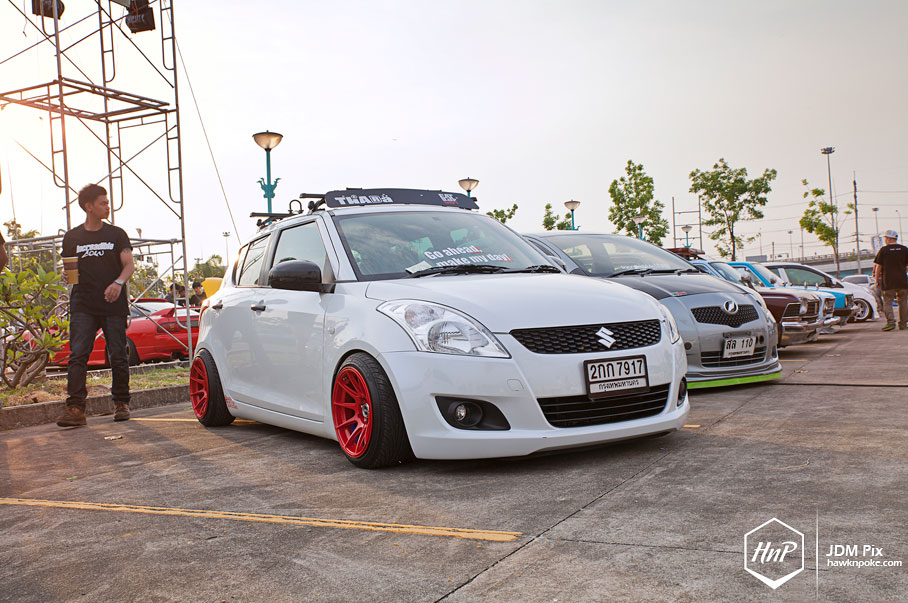 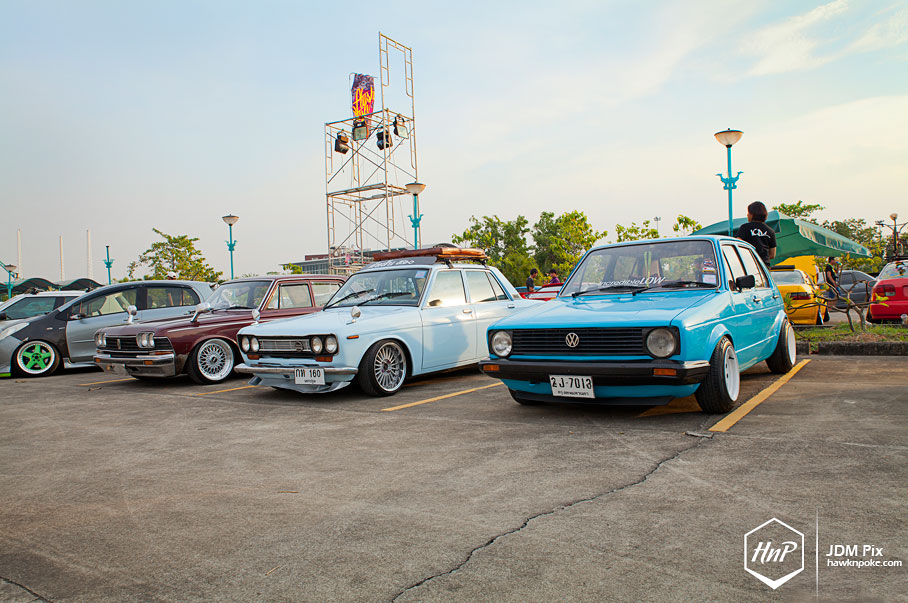 Some properly lowered classics were also present that day. 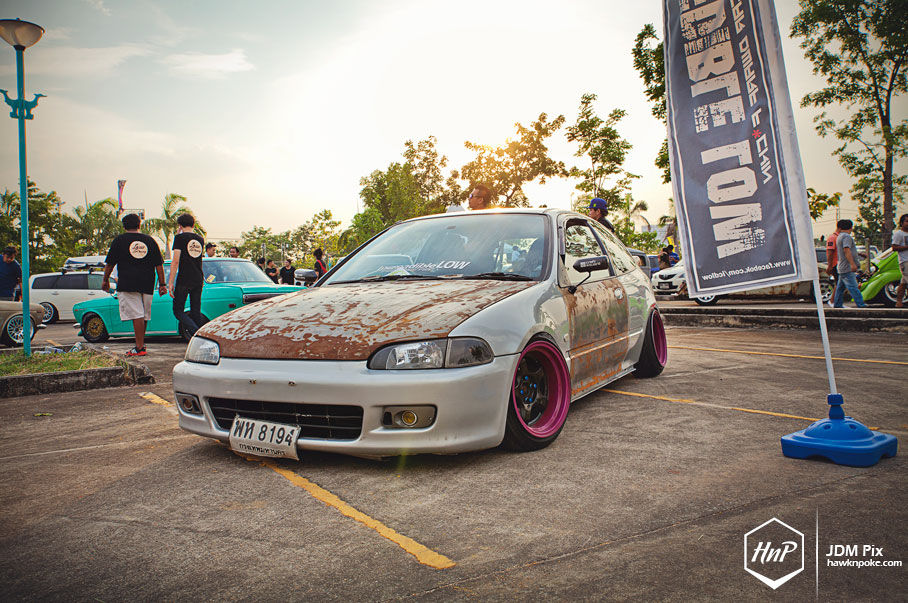 A style we haven’t seen too often, a rusty-look Estilo! 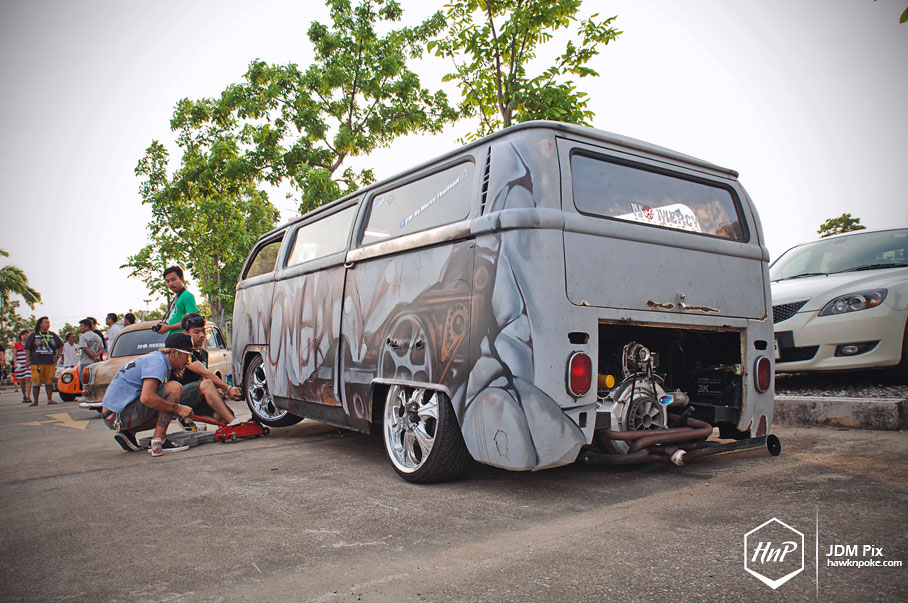 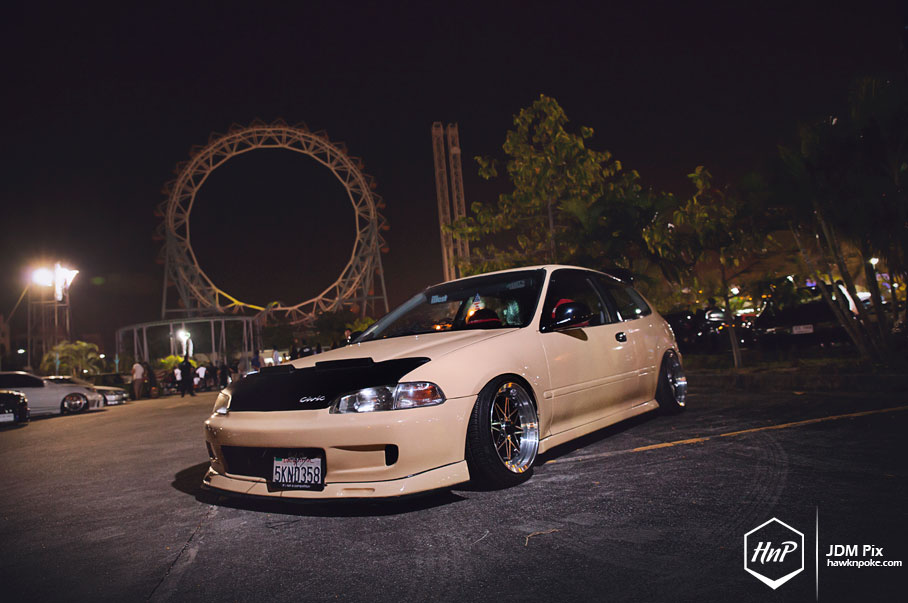 If it’s low and clean, then there’s no doubt the crowd’s going to like the build. 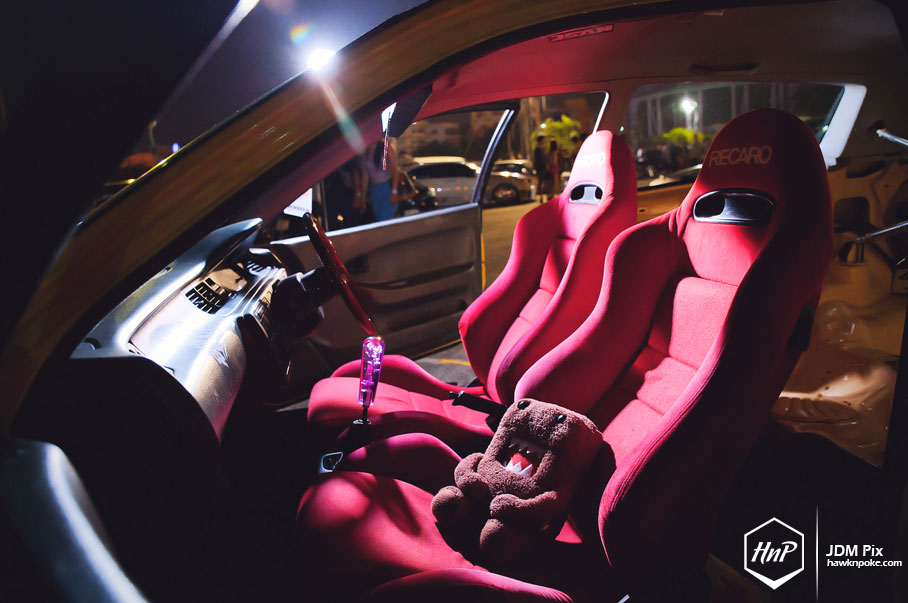 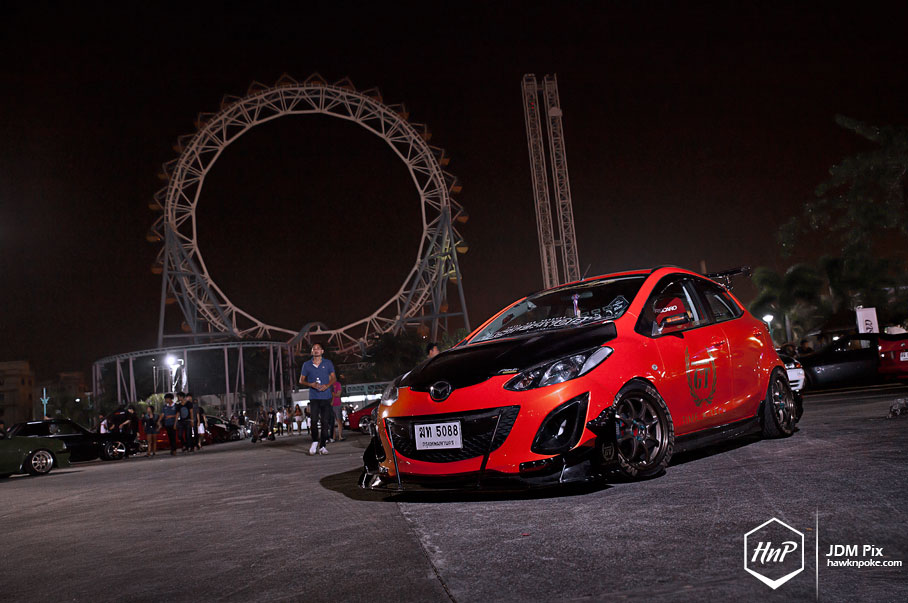 Another slammed-track-look treatment being done to this Mazda 2. 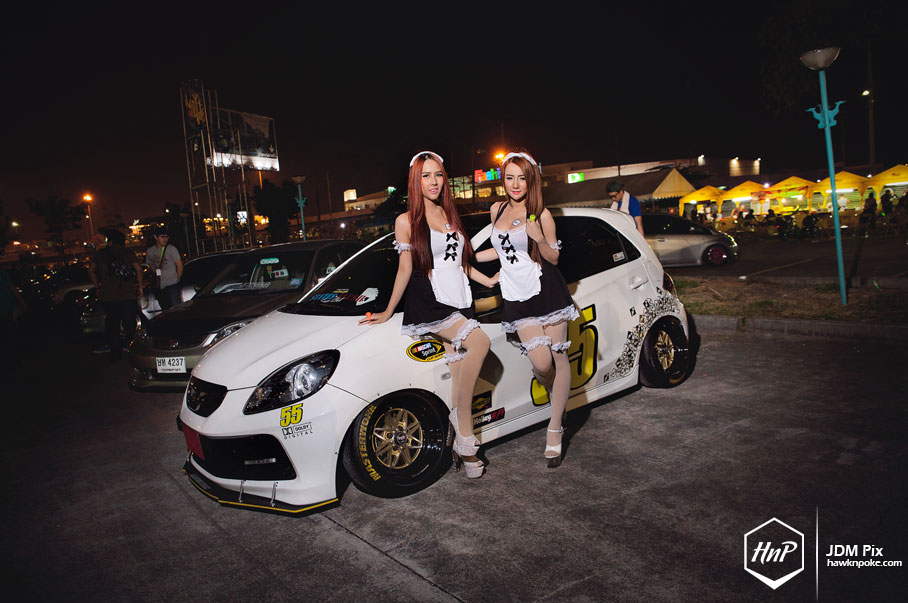 And this Brio too, if you’re able to look away past those two girls. 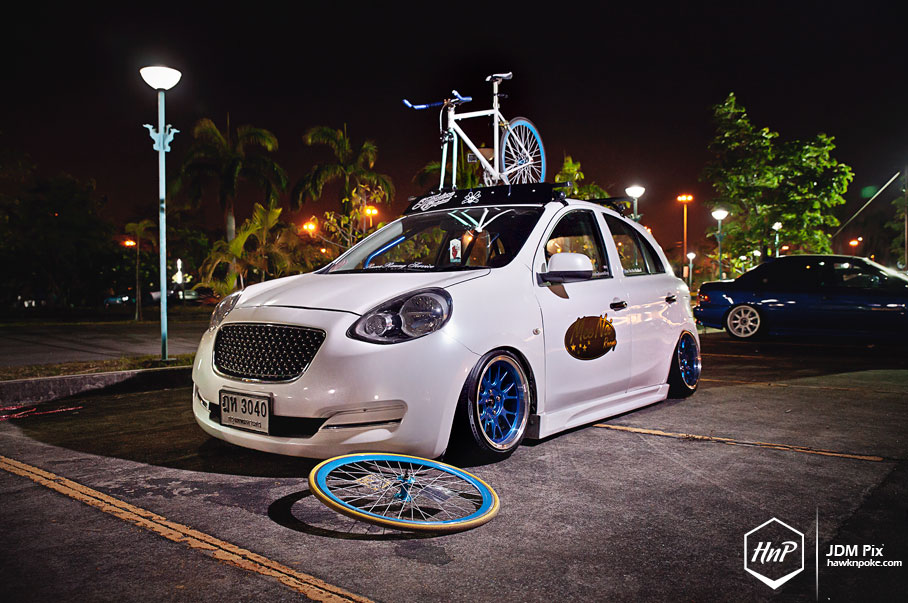 Some mind-blowing amount of creativity and custom works being poured onto these builds. 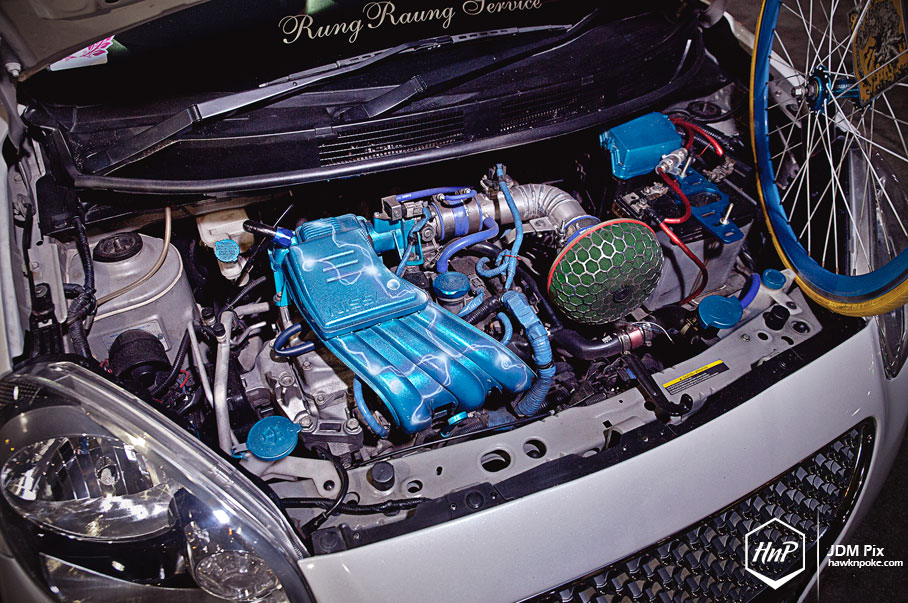 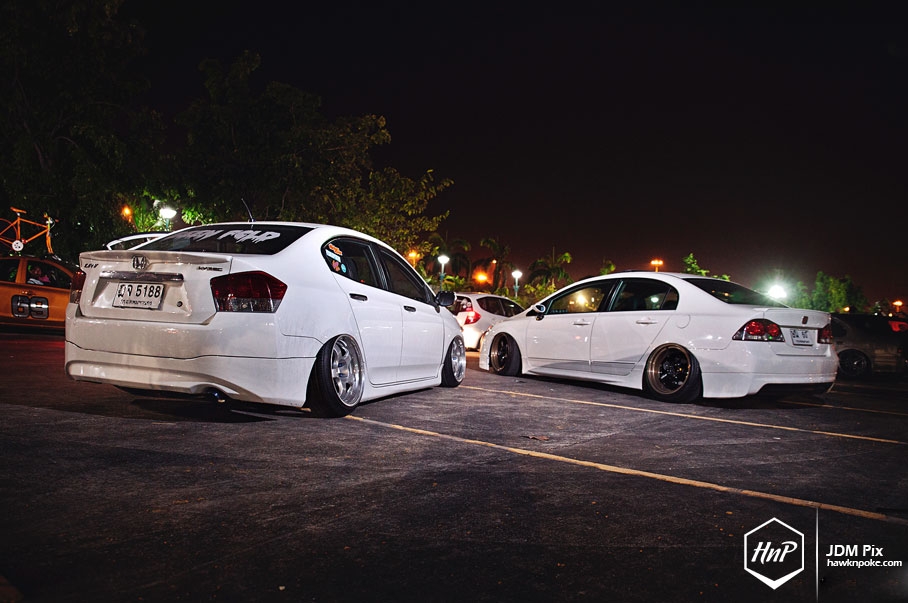 Sometimes you simply can’t believe the fact that most of these cars are driven static on coils. 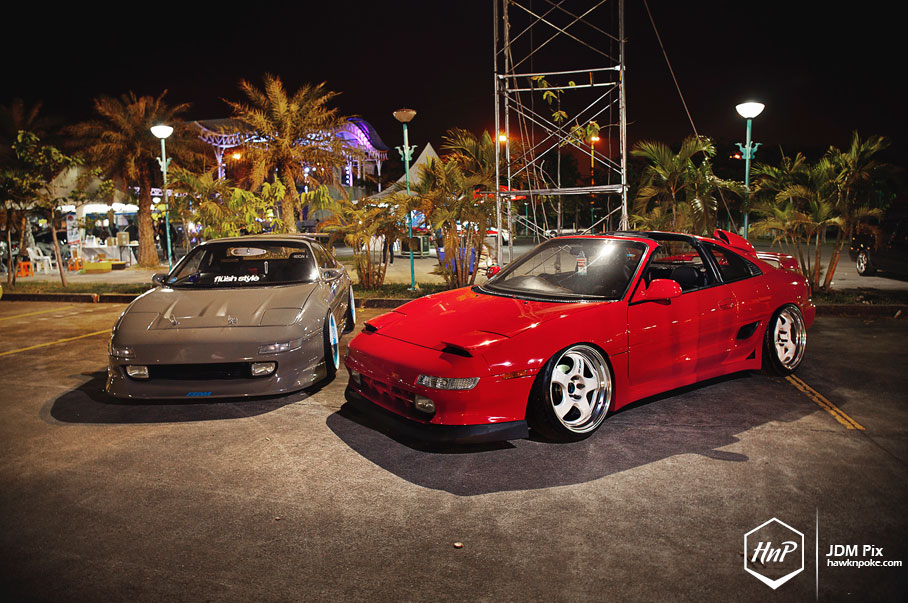 A pair of MR2’s with such gorgeous paint jobs are surely not to be missed. 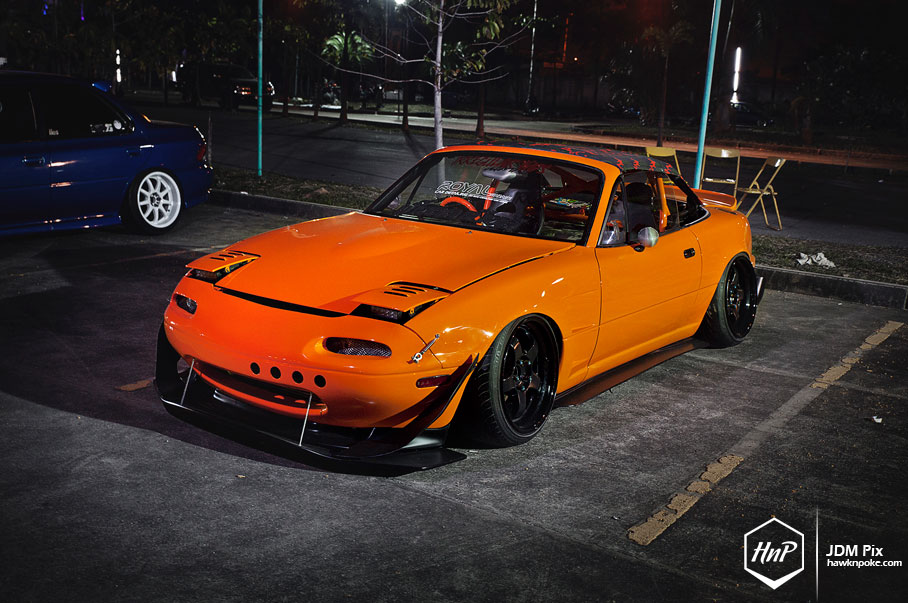 Then there’s this mean orange Miata sporting some of the coolest parts we’ve ever seen installed on the platform. From the aggressive bodyworks … 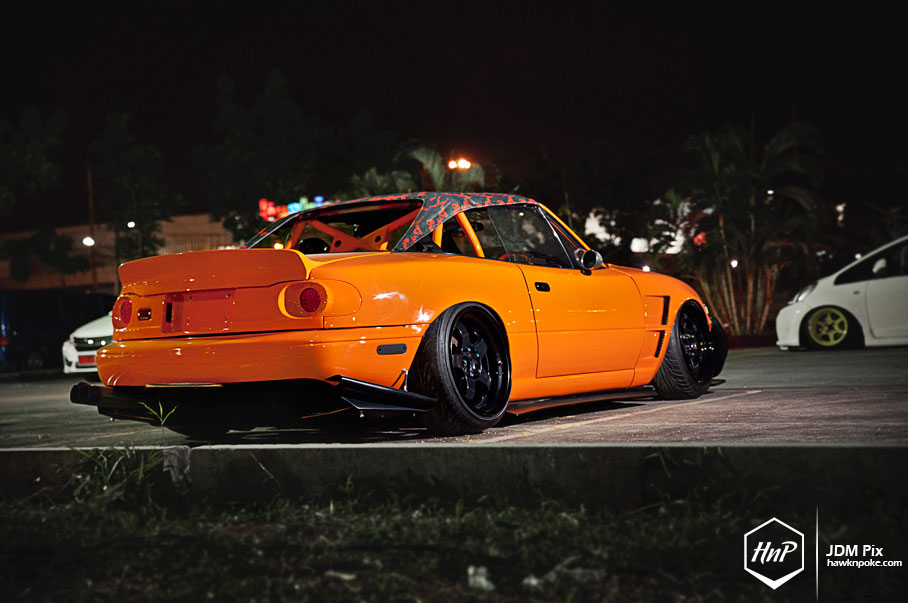 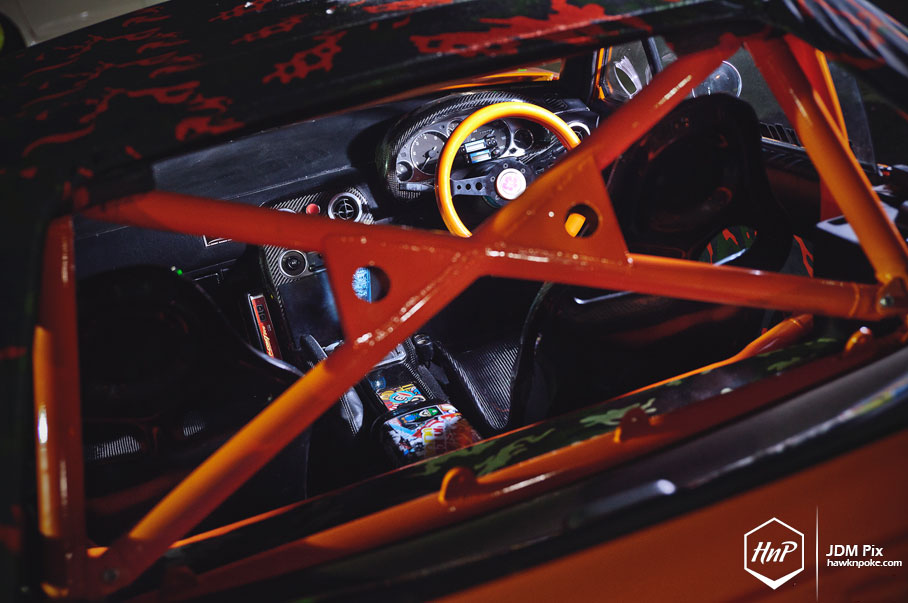