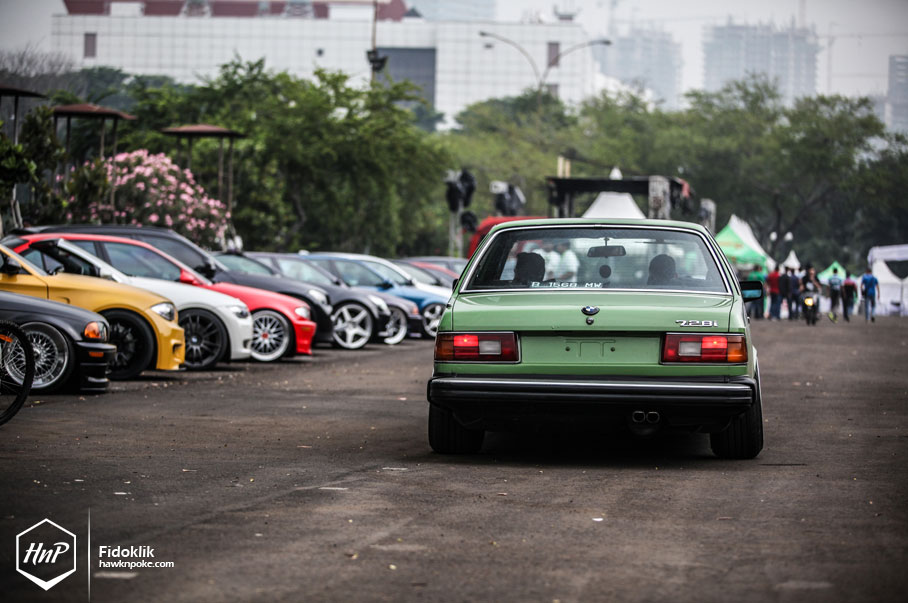 Another batch of pictures has just came in from Fido G (Fidoklik), one of our most recent HnP team member. Holding this CD on my hand that’s filled with hundreds of edited Slidefest 2014 captures, I couldn’t help but to start posting some of them up on the site. Enjoy! 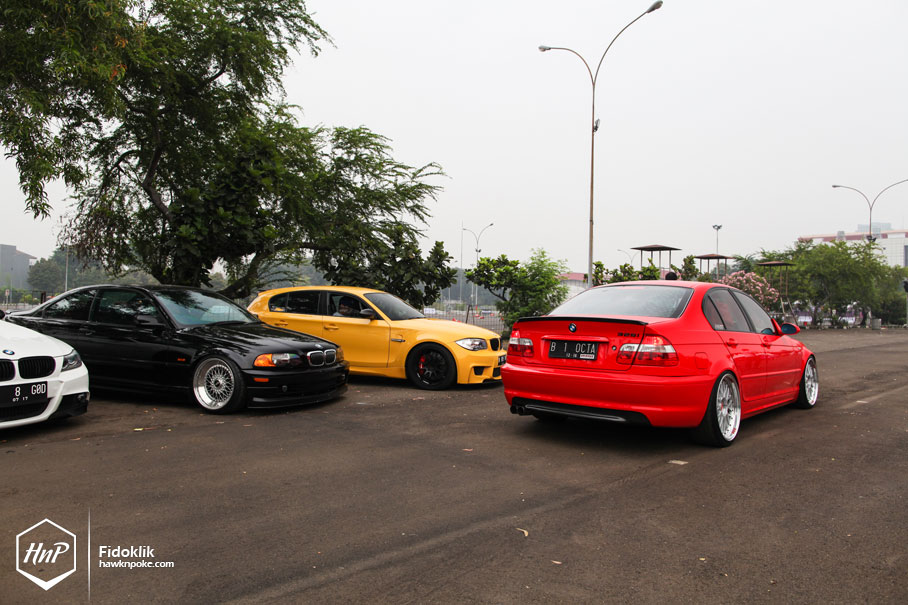 Starting from 7AM, Exclusive Car participants have started to arrive. Amongst the earliest were these BMW buddies of Iwan, Donny, Posma and Octa. 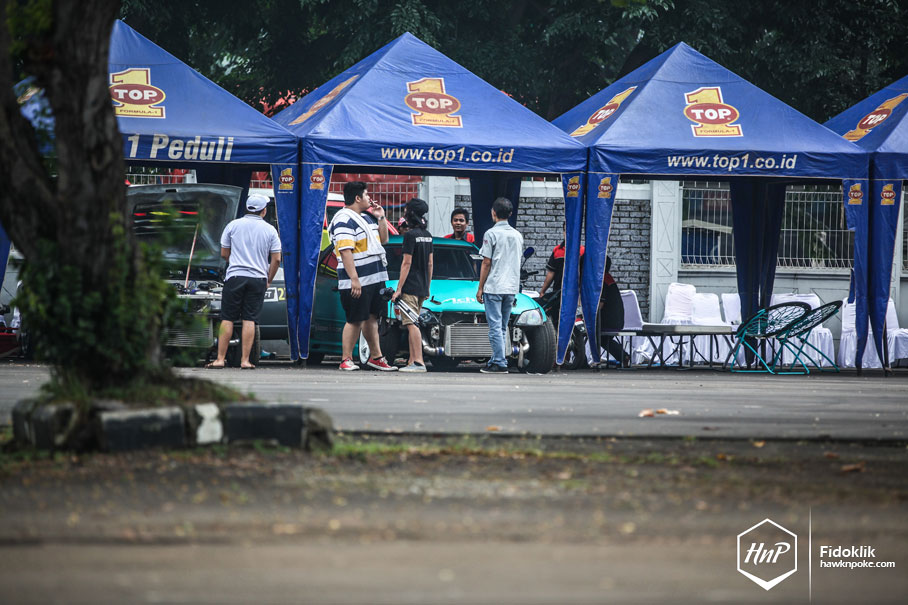 The drift paddock was a rather cozy place that morning. But as the noon came, some hectic mechanical works started taking over the scene. 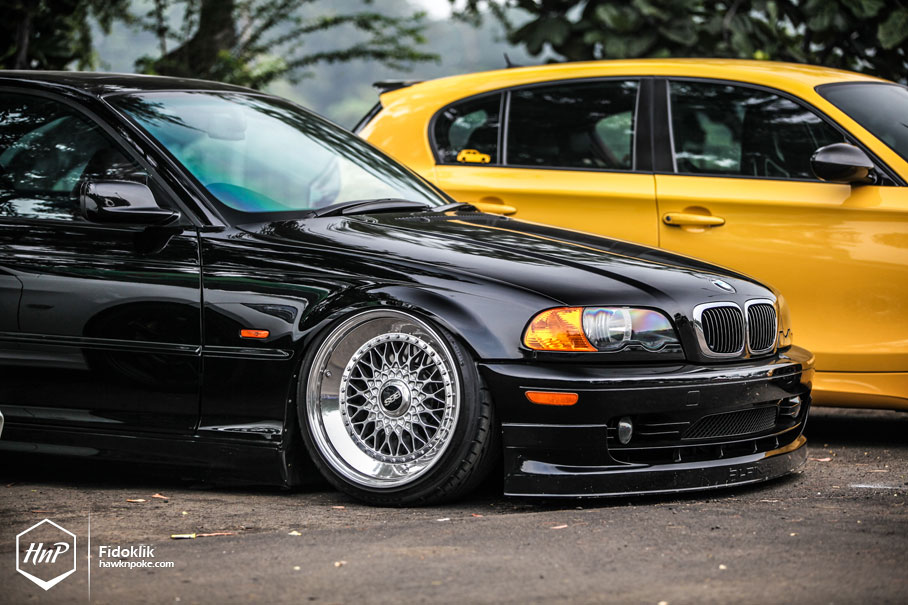 Donny’s aired out coupe on a set of gorgeous slanted BBS’s. 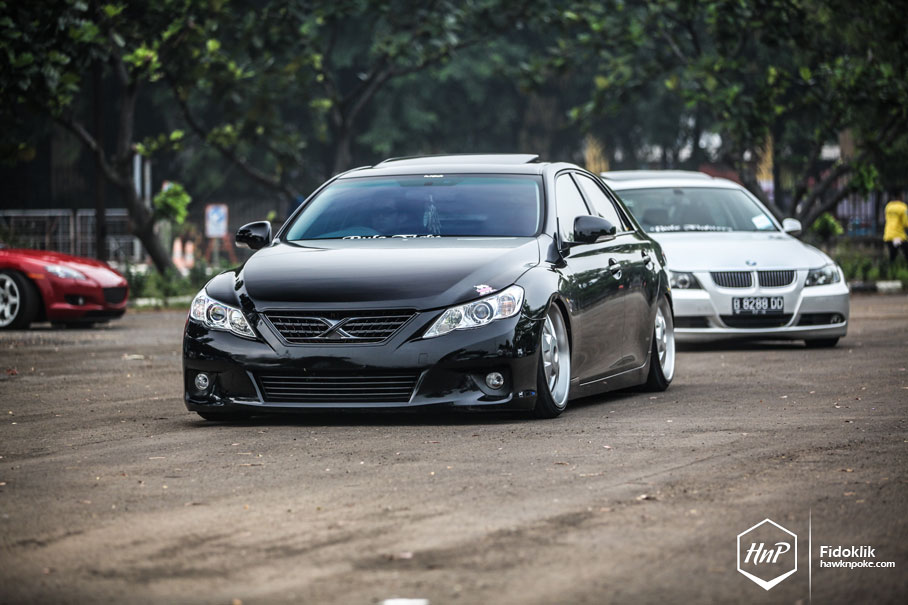 Gustavo and his famous Mark X. From Honda Jazz to this Mark X, he is still holding strong to his static-slammed beliefs. 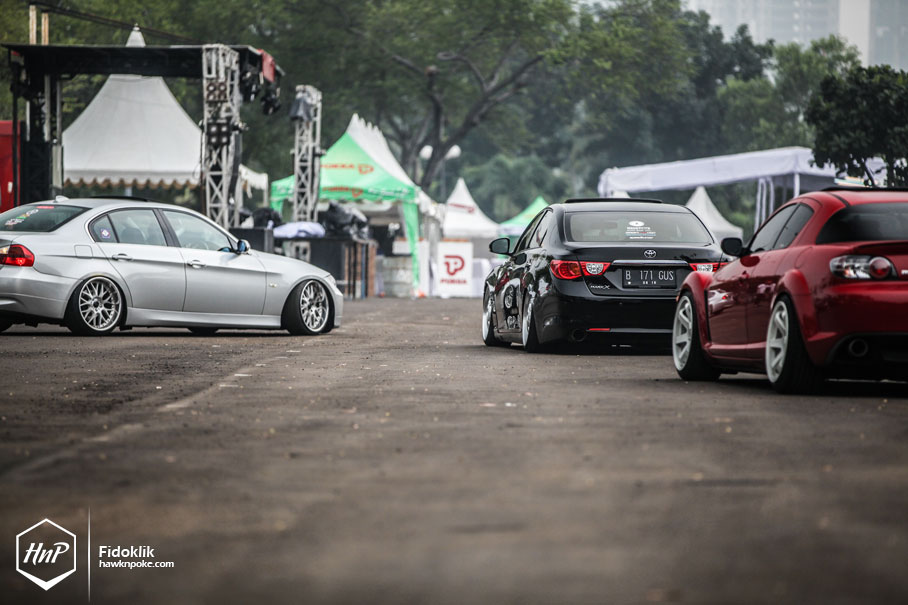 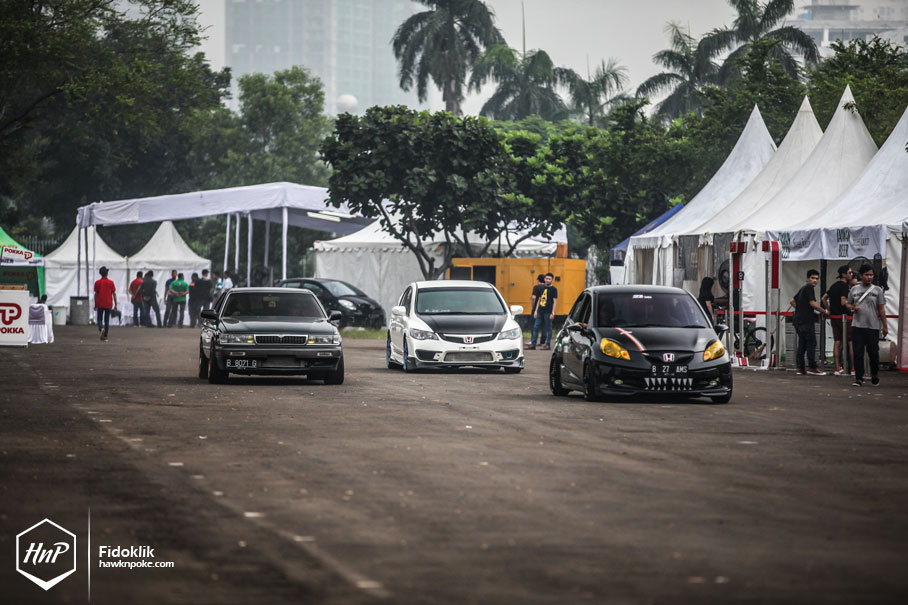 From 7AM-9AM, we were doing registrations at the entrance gate, with Exclusive Cars arriving together with the drift cars in the Slidefest showground area. 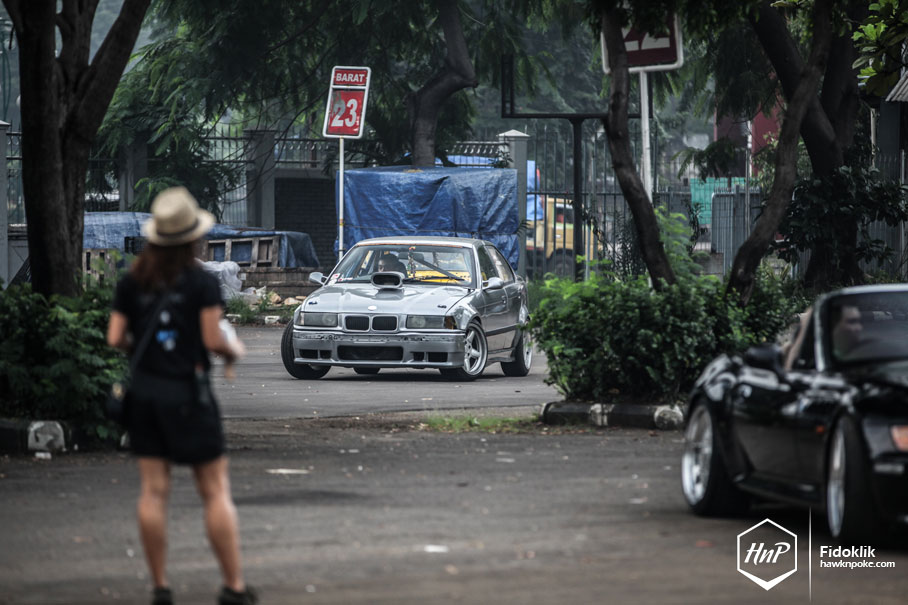 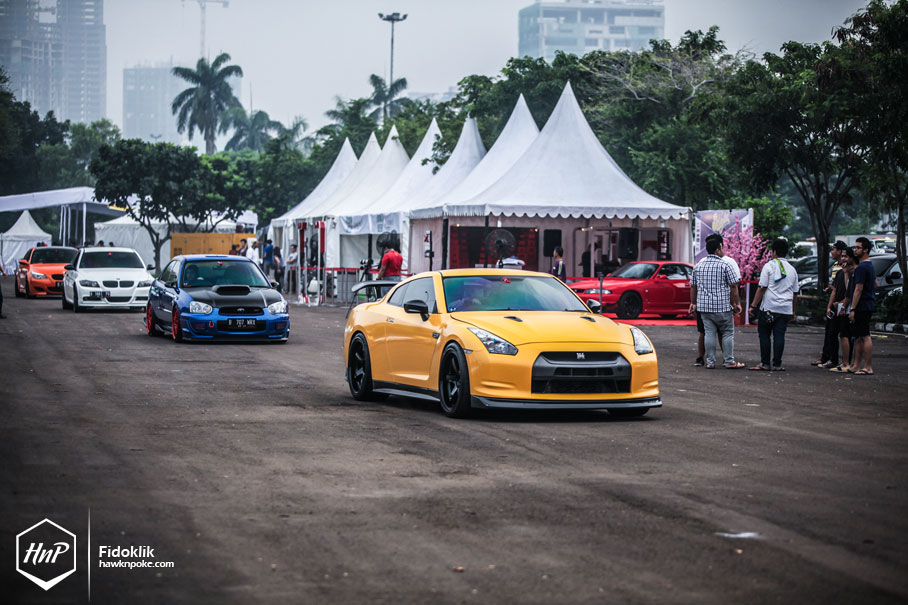 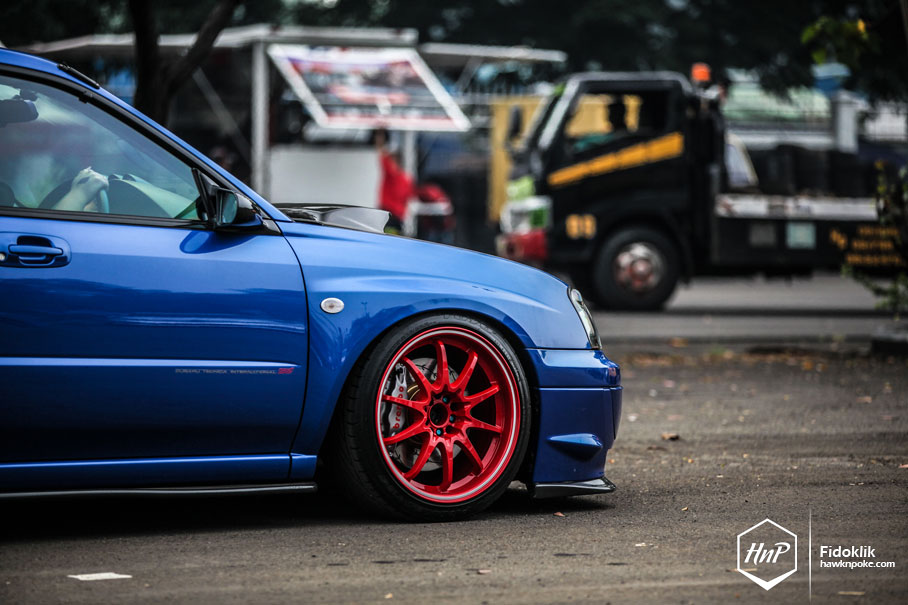 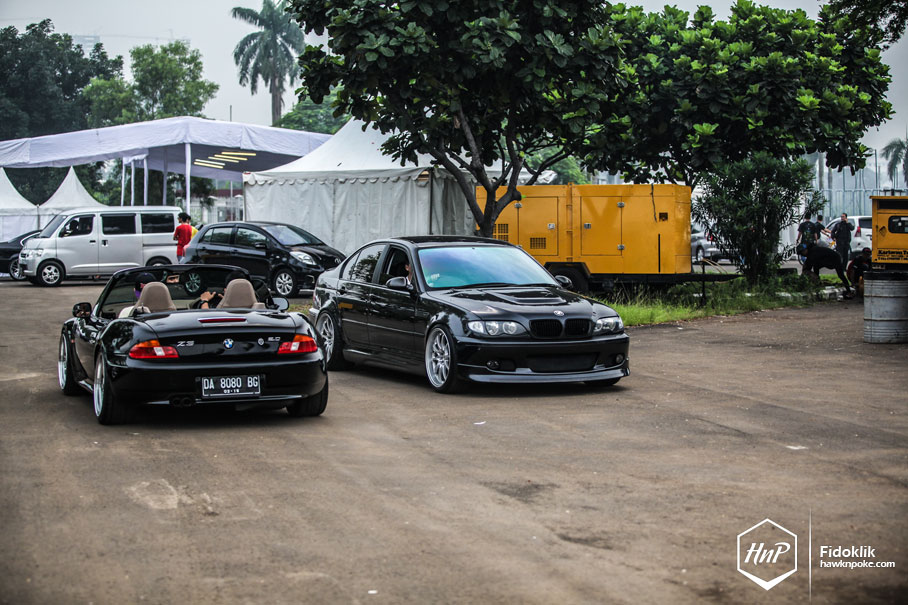 It’s always interesting to see the kind of cars coming to the meet, with each having its own unique personalities. 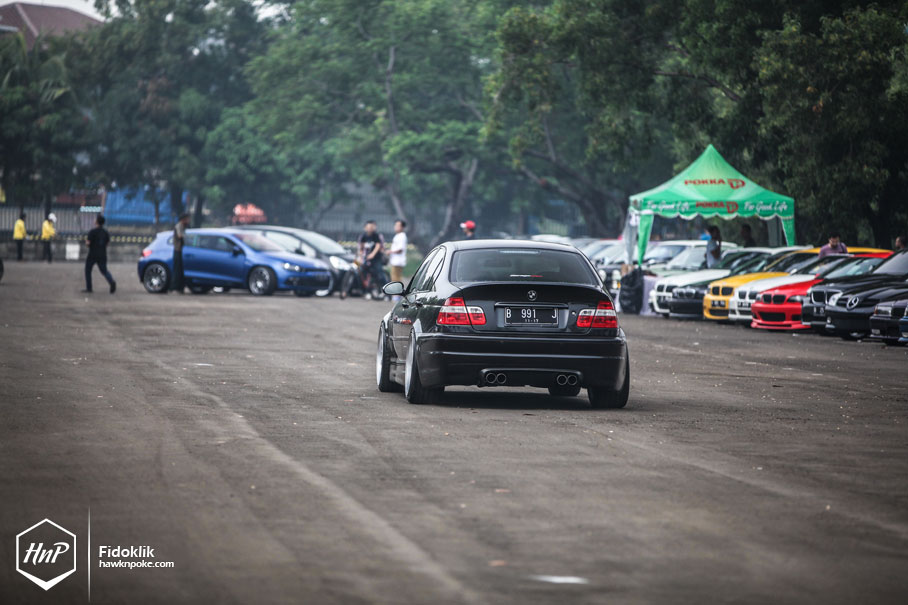 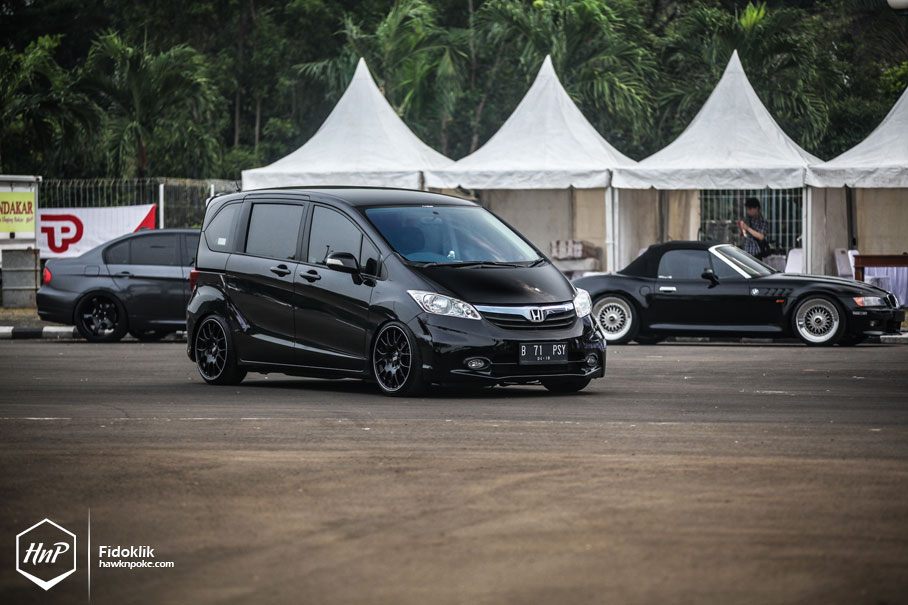 Sin Ryo’s Freed wearing a black-on-black theme with the BBS. 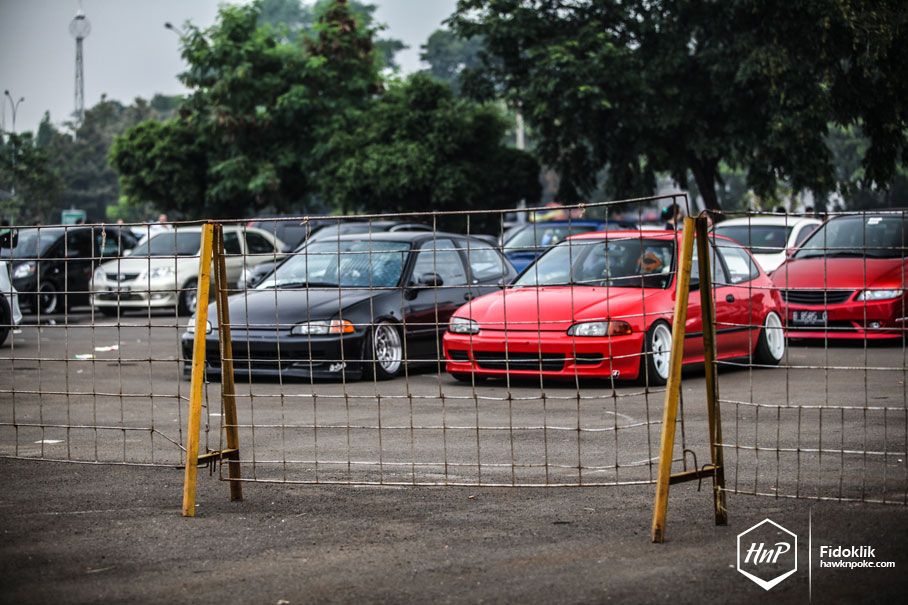 Exclusive Cars were held at the registration counter before they’re allowed to enter the Slidefest area. We’re also distributing the starter packs (Slidefest sticker and tees) at this registration ground. 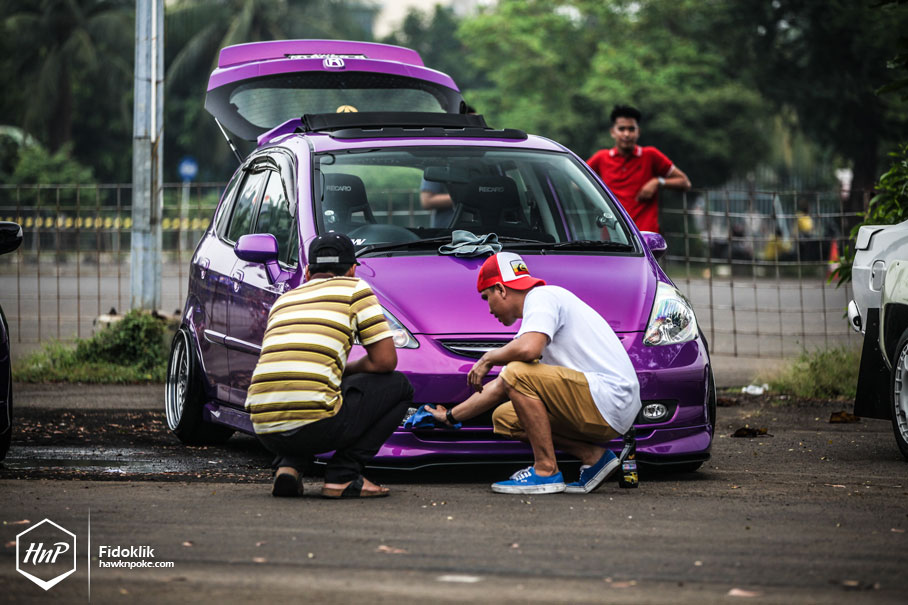 Abdee’s purple jazz has always been my personal favourite Honda in town. The amazing paint, neat build and spotless wheels are legendary! 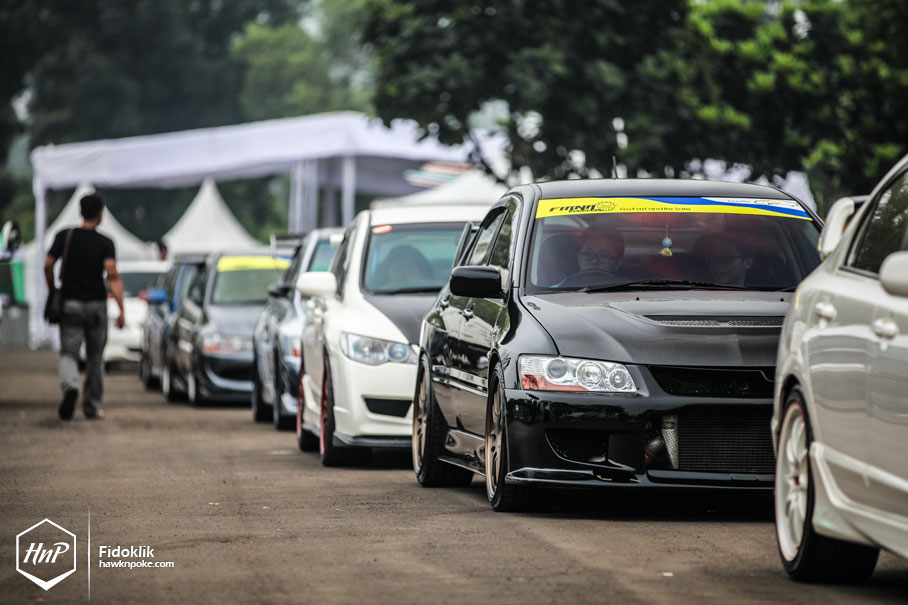 Later that morning some JDM rides also started to enter the Slidefest Exclusive Car area. Some seriously large horsepower figures were residing under these hoods. 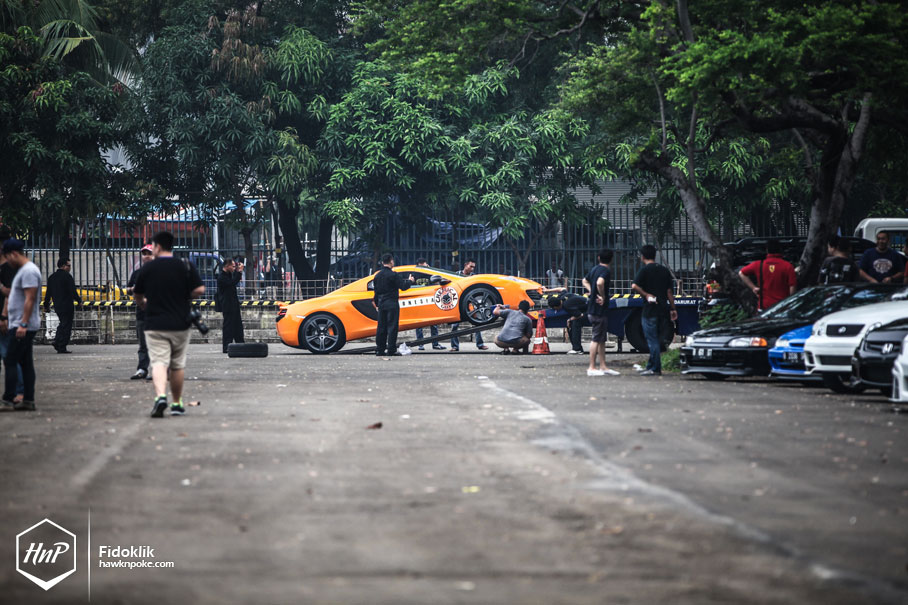 Meanwhile sponsors were also preparing their demo cars to be displayed at their booth. Here’s Chemical Guys with their McLaren demo car. 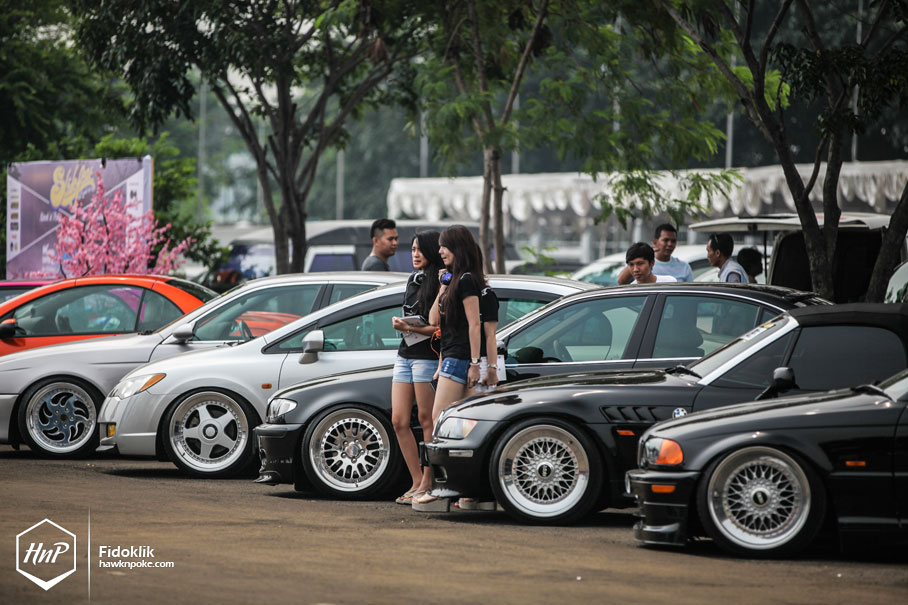 V-MODA, on the other hand, relied on their sales promotion girls to promote their top-of-the-line headphones. 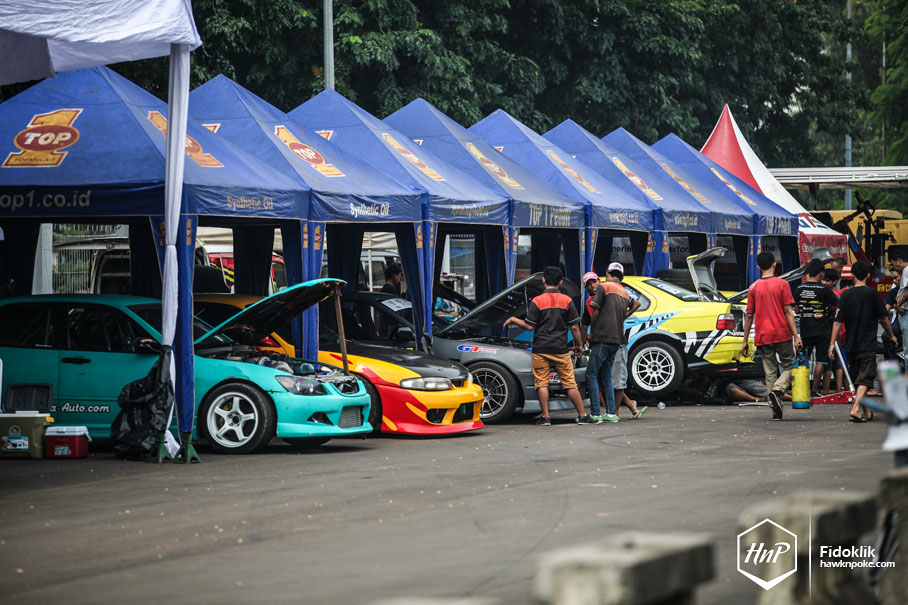 As I mentioned earlier, the drift paddock was becoming a much busier place once the sun rises further up. 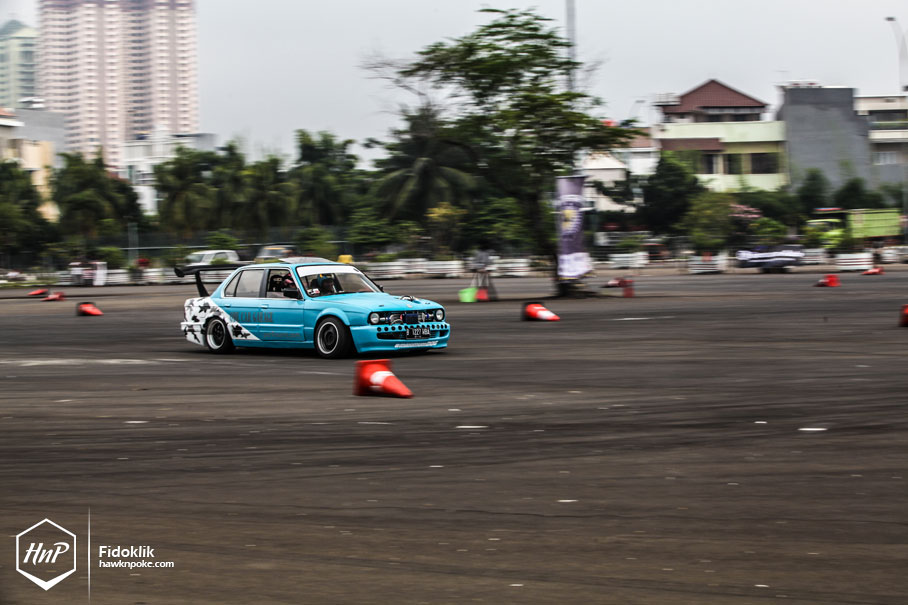 By 9AM the Slidefest track was opened and early registrants had the privilege to be among the firsts practicing around the track. 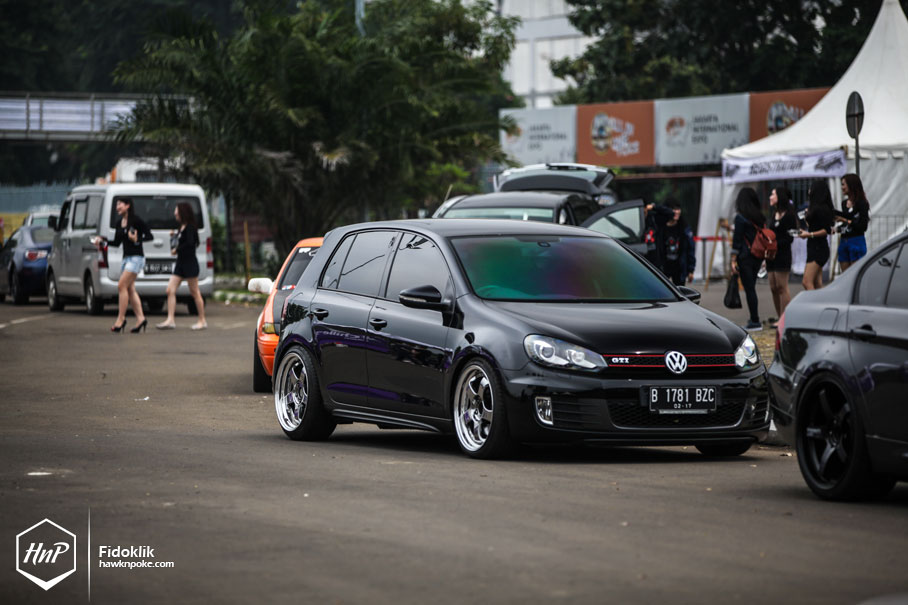 My very own build. I’ve finally replaced the OZ’s with these SSR’s. What do you think of this new setup? 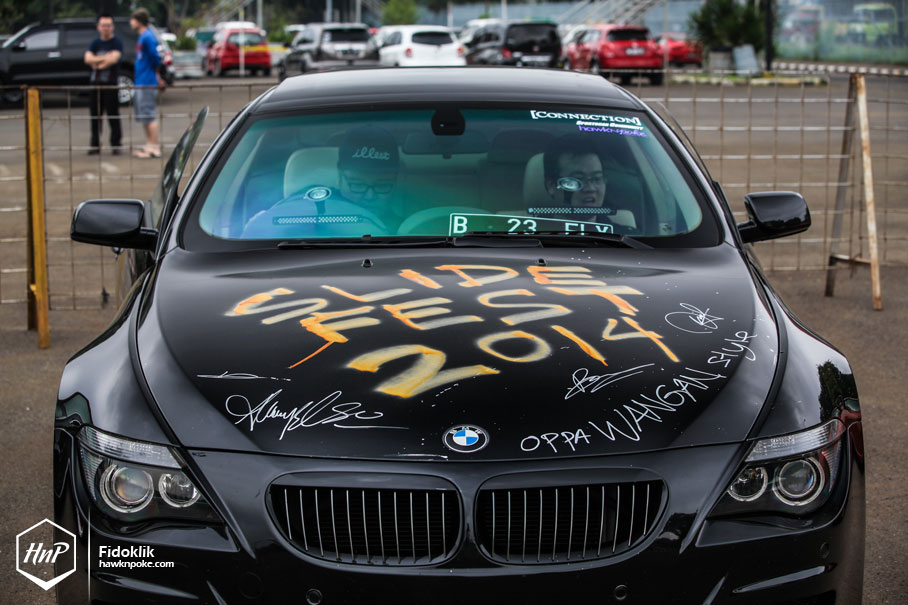 Of course we have to post another pic of Danny’s famous 6 series in this part 2! 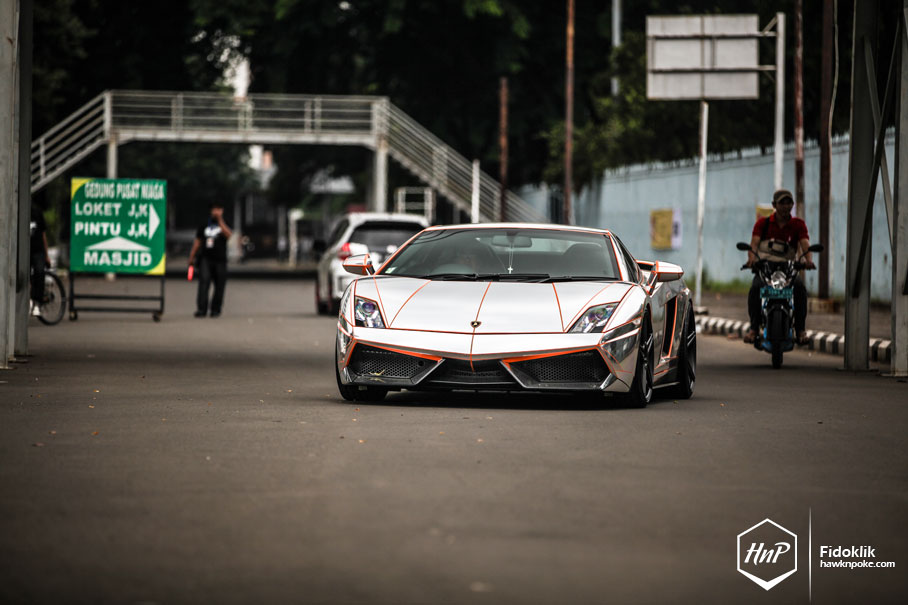 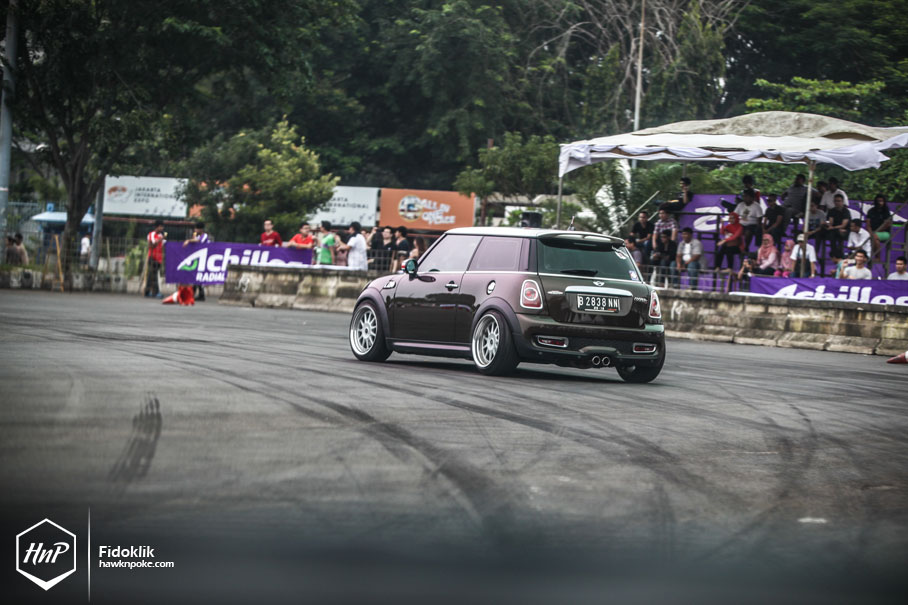 By 11AM we allowed fellow Exclusive Cars and Community Partners to test their driving skills on the Slidefest track. Time for “Community Timed Laps”! 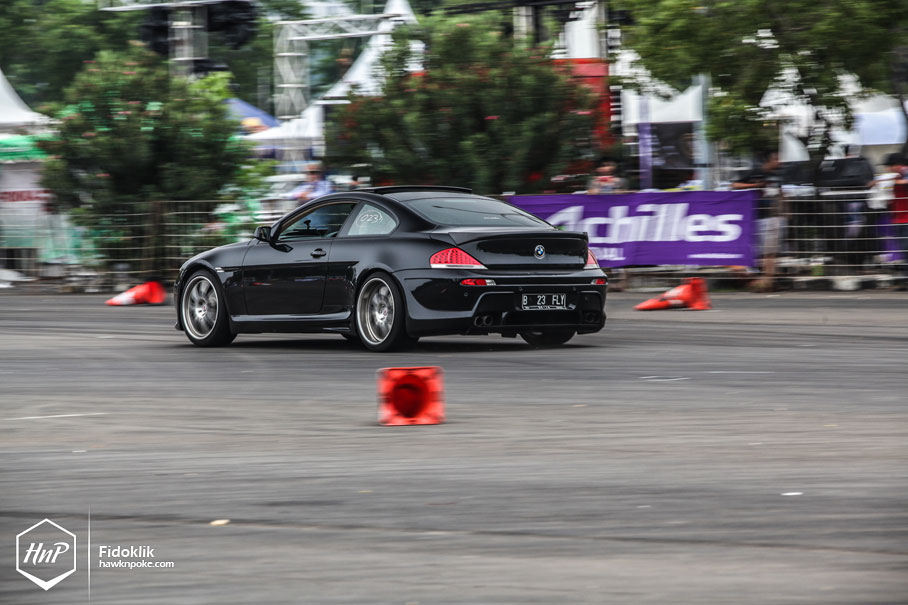 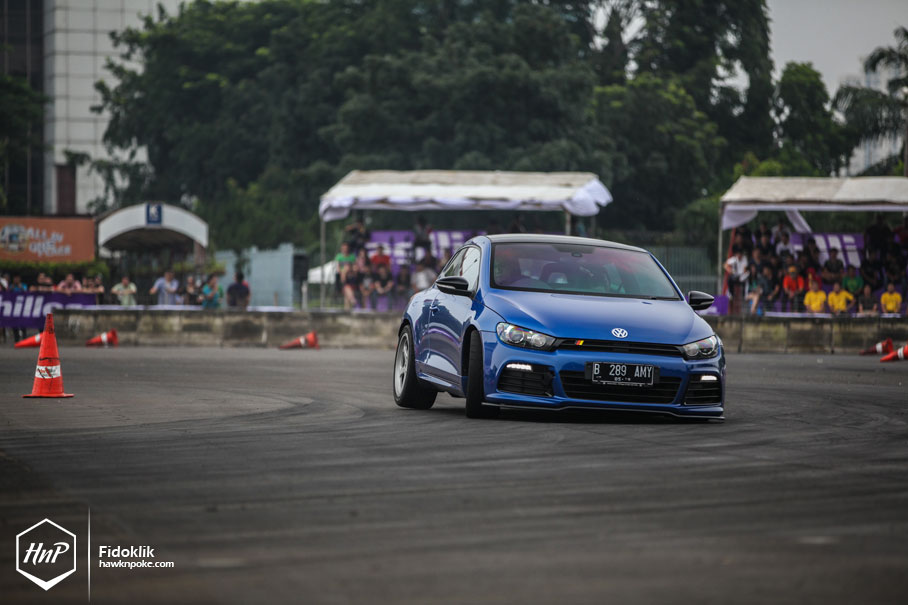 That front lip was definitely within millimeters off the asphalt. 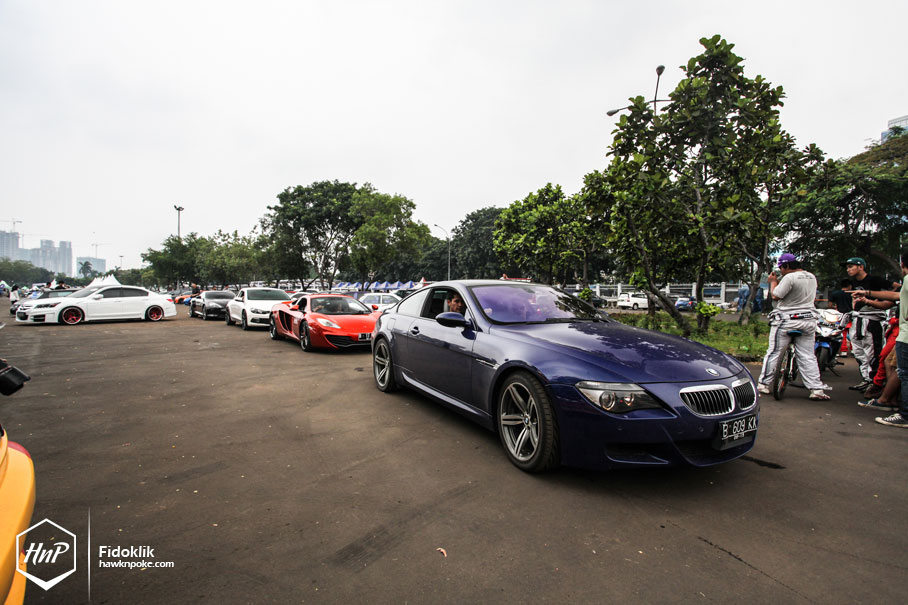 I’ll be back with Part 3, with more drift actions and the entertainment scenes!

Slidefest 2014 is a creative automotive event organized by Hawk’n’Poke and Banana Auto. A collaboration of drifting festival and a proper car meet, it wasn’t like any other automotive events out there. More info: Slidefest website.