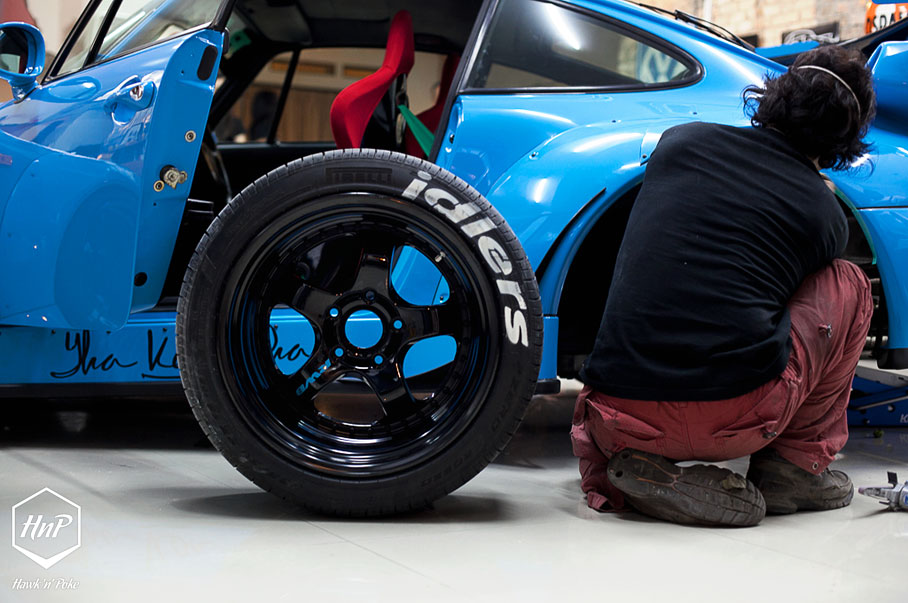 Well. By the time of this writing I’m pretty sure you’ve all heard about RWB Indonesia; represented by the eccentric workshop called Terror Garage in Bandung. Throughout these past few weeks I’ve read all about their workshop and RWB builds all over Indonesian automotive medias. From magazines to online portals; from Path to Facebook posts. Seems like they’ve been greatly welcomed and praised by almost everyone. Nakai-san himself has often been described as being comparable to a wizard from Japan transforming old Porsche’s into piece of arts. But, have you ever realized that RWB’s have been around for more than 15 years? Yet it wasn’t until recently that it’s becoming a worldwide phenomenon, what’s going on? 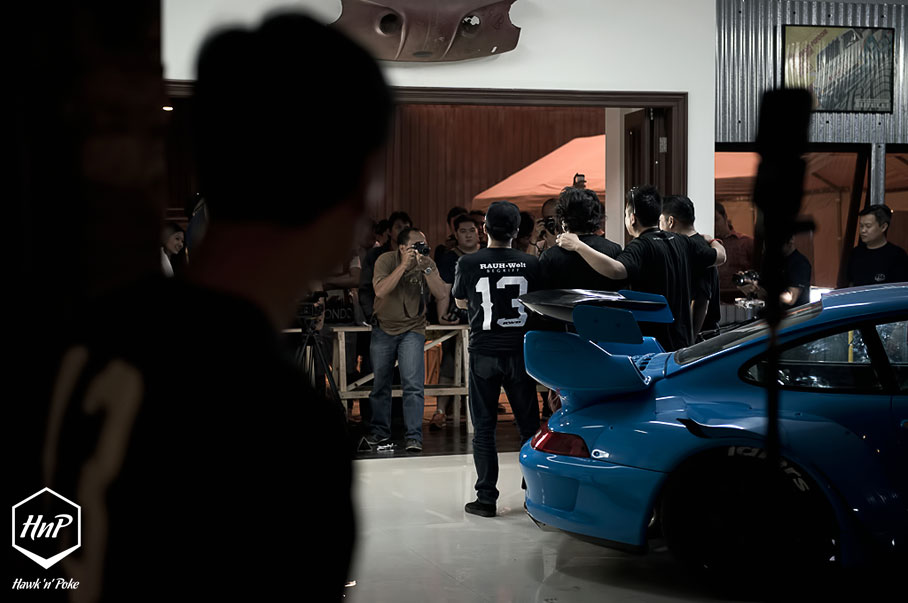 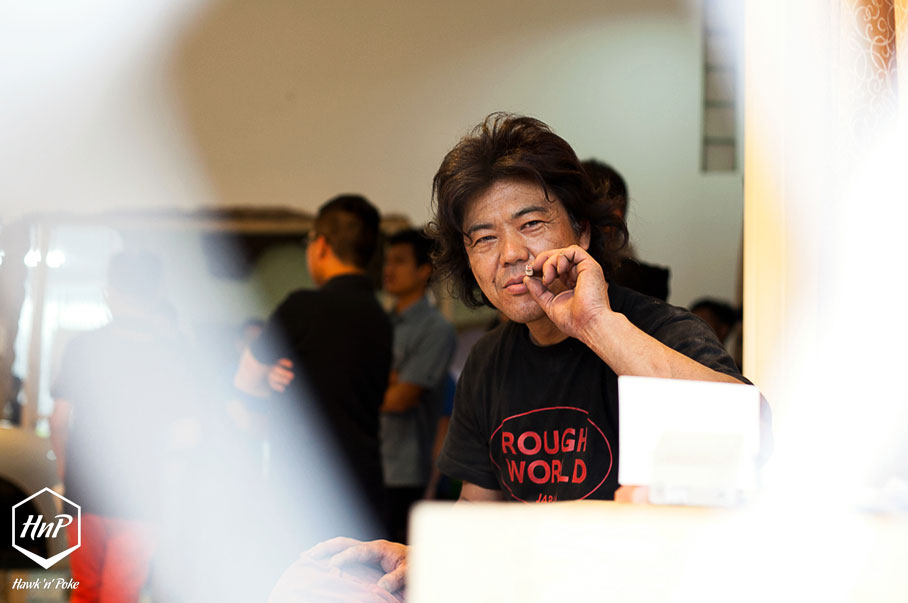 What a rough world it is. In the midst of today’s worldwide tensions and work-related stresses, us gearheads are constantly turning into our cars as our stress relievers. We love to build cars the way we’d drive them. Experiment on things. Being wild. Being different. And so does Nakai-san. The first RWB he built was none other than his own, a Porsche 930, and he named it after his favorite beer – Stella Artois. No CAD designs, no computer sketches, only an artist’s mind and a skillful pair of hands. 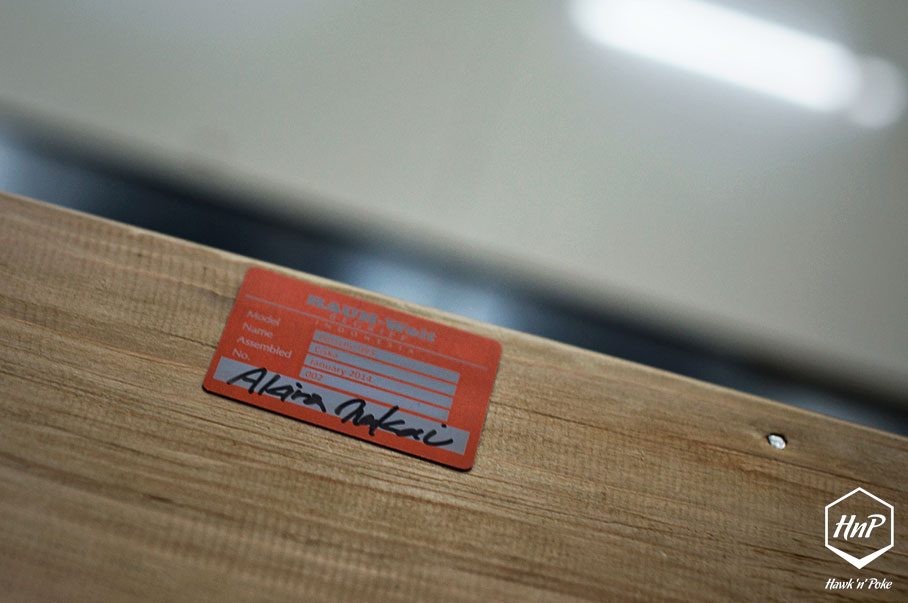 Every RWB is unique. While some might think that an RWB is no more than a fancy Porsche on a ruined body, I came to think of it as the perfect balance of form and function. Despite having those Aragosta coilovers dialed down pretty low and such tight fender fitments, Nakai-san insists that each of these machines has been built to be driven. He’s never been a fan of show cars nor pretenciousness. Even back in Japan he routinely participated in friendly Idlers races with his RWB and fellow customers’. 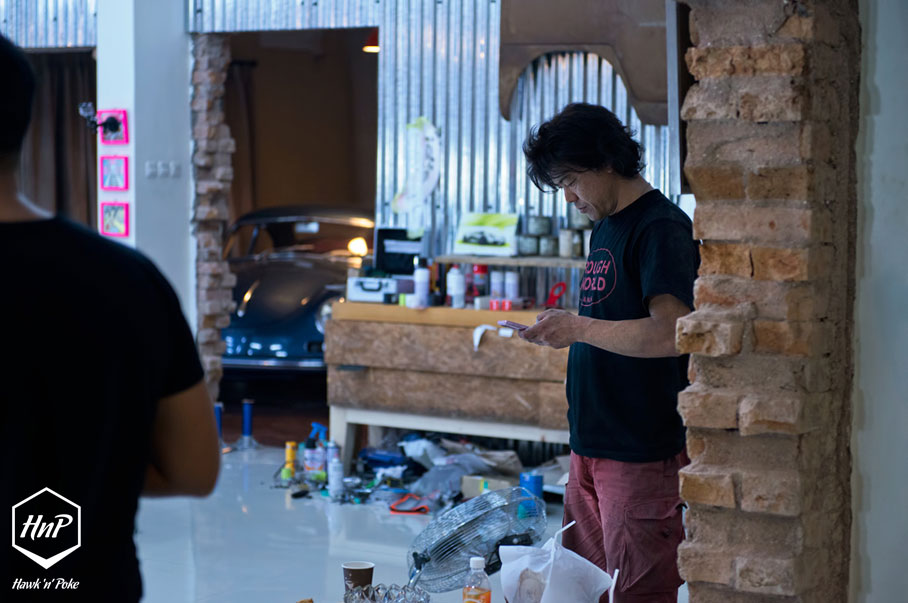 Yes, he has a pink phone, never wanting to be the same like everyone else’s. He picks and sees things rather differently from the rest of us living in this monochromatic world. He’s open towards almost everything. His only principle lies in the concepts of creativity and limitless possibilities in car customizing. The only reason he picked these aircooled Porsche’s is because he loves driving them. Even in Manila he fulfilled a customer’s request of having a V8 transplant into an RWB while having it sitting on a set of air suspension. Now that’s an interesting combination. 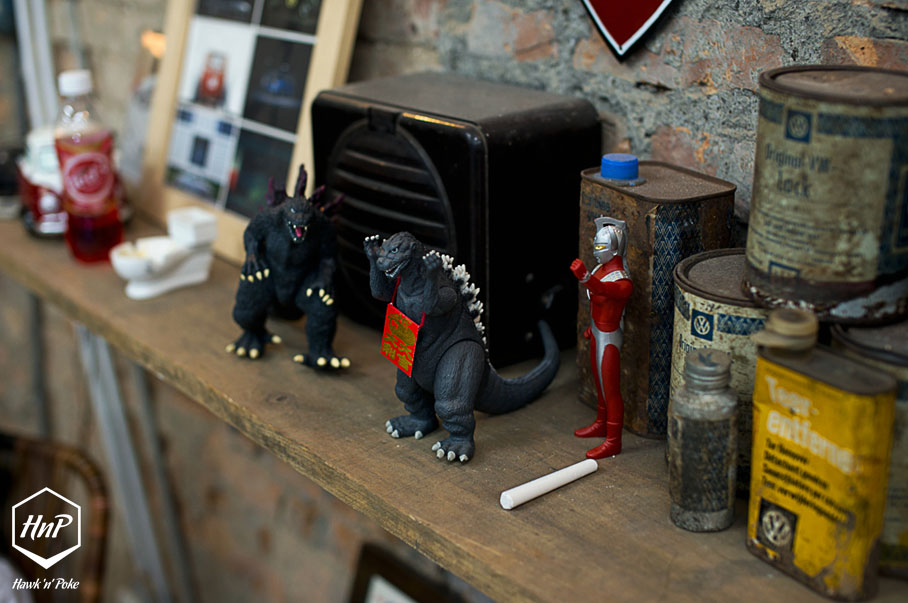 Everything from Japan always has that extra quirkiness flavor. Coming from a land whose citizens are buying fresh eggs from vending machines and whose animes are world-famous for their wacky monsters, it’s no wonder that Nakai-san is the kind of person he is now. Every single RWB he’s built has its own unique characteristics. From color schemes to body shapes, every single one of them has been crafted in accordance to the owner’s personalities and preferences. Now that’s the ultimate customer service. 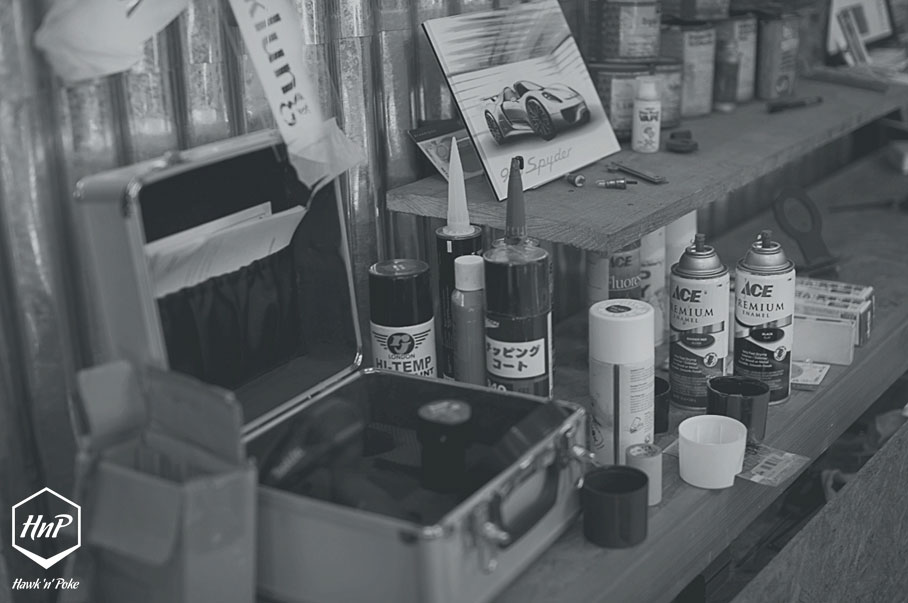 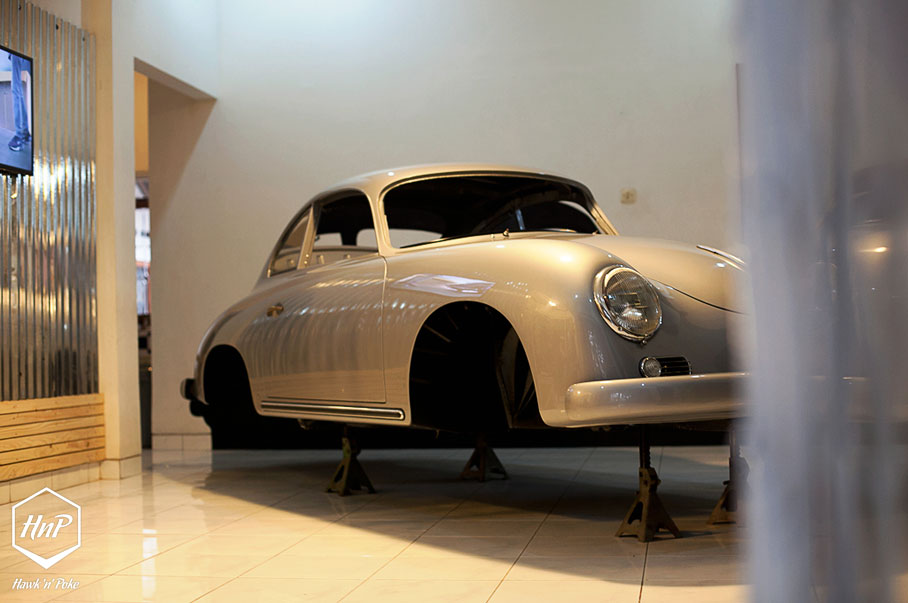 Walking around Terror Garage’s workshop, it was slowly becoming apparent that both Nakai-san and the workshop’s owners does share the same traits when it comes to building cars. Neither of them could ever compromise on quality and both of them likes to collect peculiar souvenirs to be displayed at the shop. 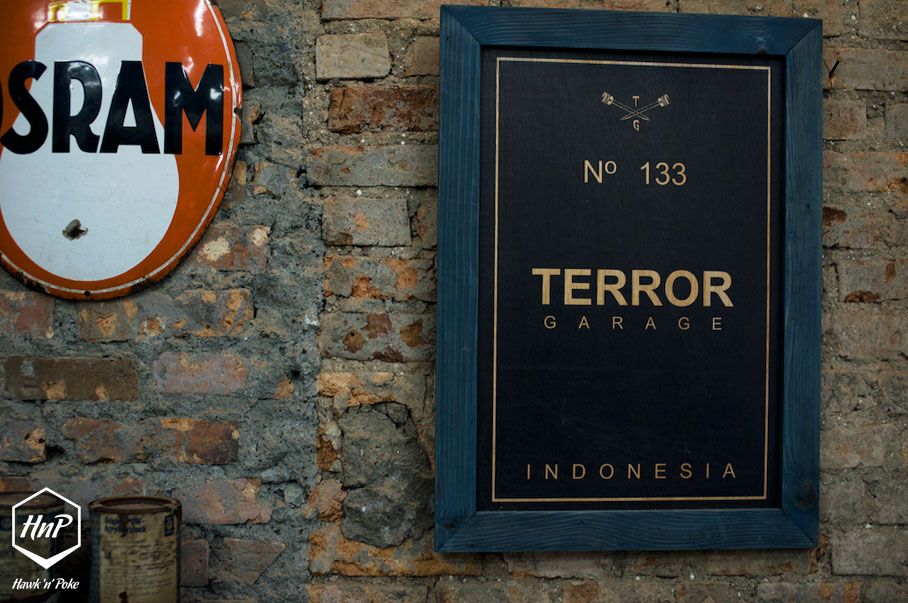 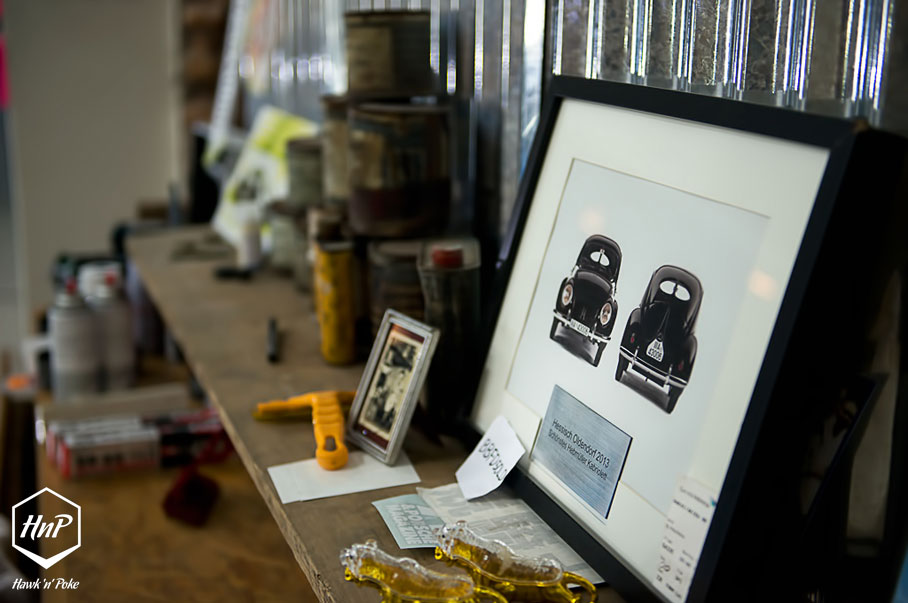 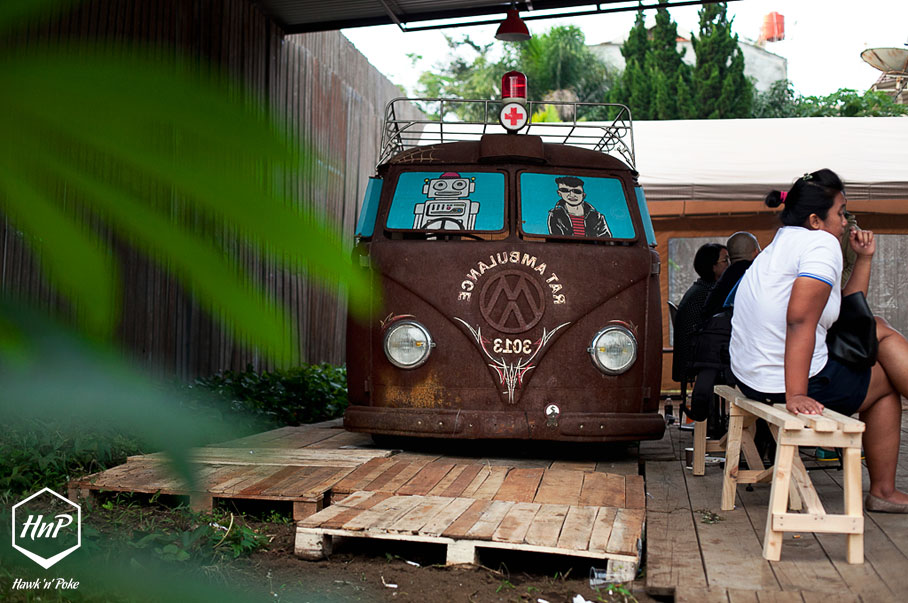 Terror Garage’s rat ambulance. Nakai-san’s method of transportation when he was picked up from the airport. Another prime example at the garage’s interesting approaches when it comes to car builds.
While having primarily been founded as a garage specialized in classic VW restorations, these days Anto and Michael the owners are finding themselves more and more interested in wilder and wilder builds. Hence that’s where these RWB builds are coming into place. 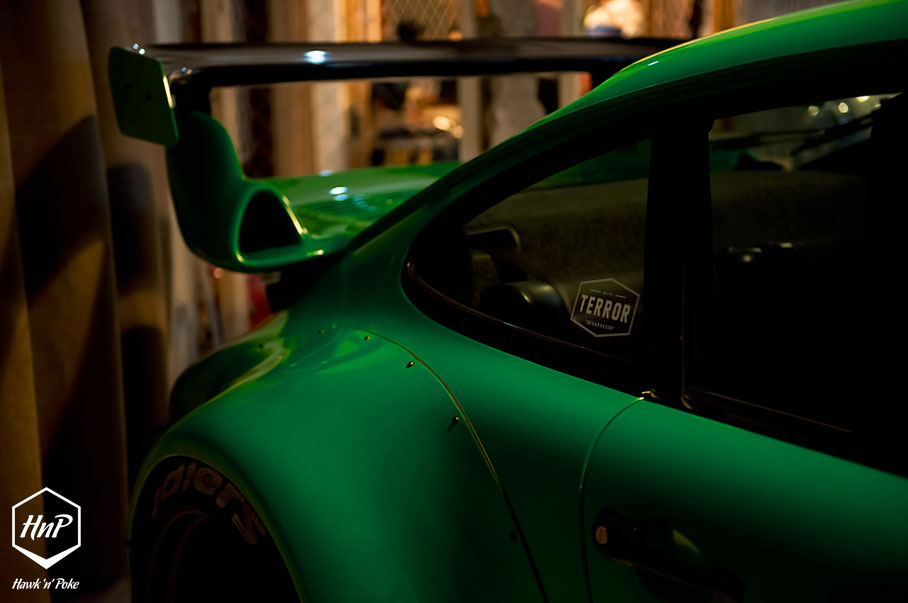 The Erabareshi Mono aka The Chosen One. Indonesia’s first RWB built upon the Porsche 964. Viper Green in color and rolling on a set of 18″x10.5-12.5 Work wheels. The first out of the three RWB’s Terror Garage initially planned to build in Indonesia. But to this day, I’ve heard that there’s definitely going to be more than three to be built, thanks to the great demands from fellow Indonesian enthusiasts. 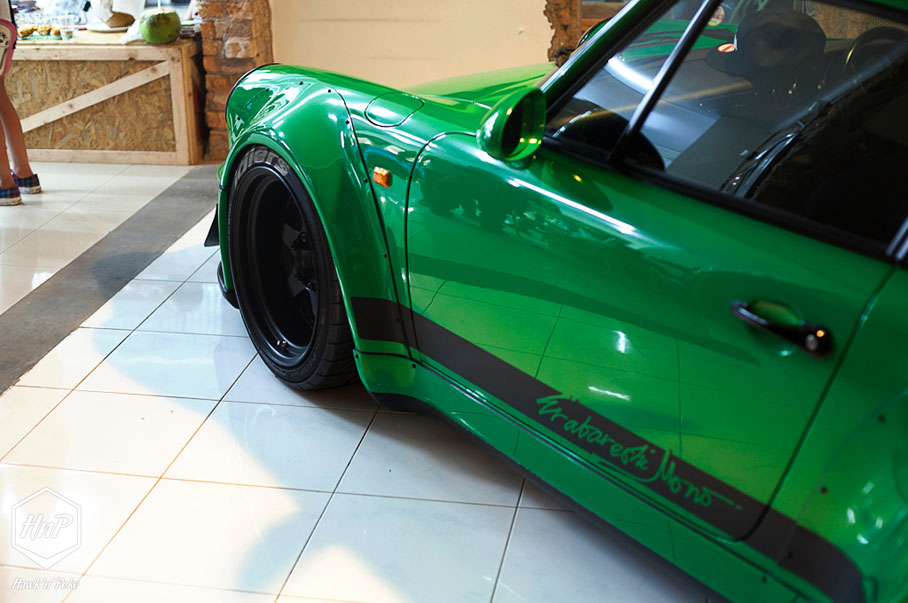 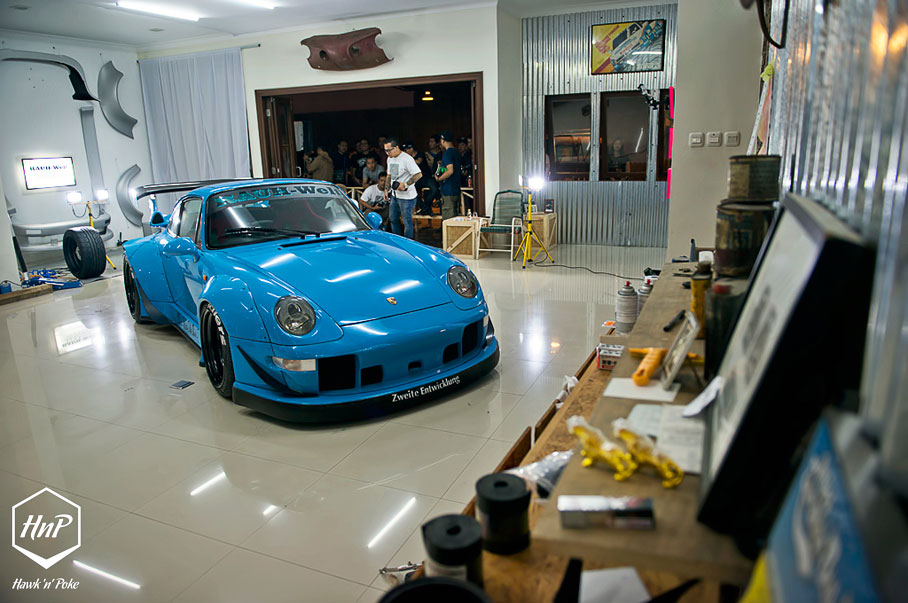 Just within a few weeks after finishing off the first RWB build, Terror Garage presented us with the 002 “Ciska” Porsche 993. Built as a memoriam to Anto’s mother, the blue gem has been fitted with a more aggressive set of RWB body style. Largely apparent from the cut-out rear fender flares. 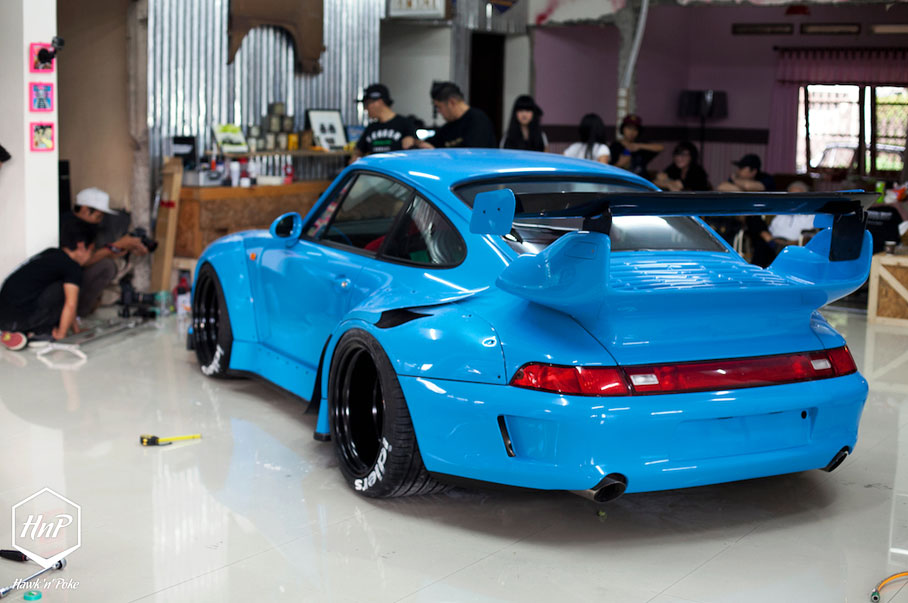 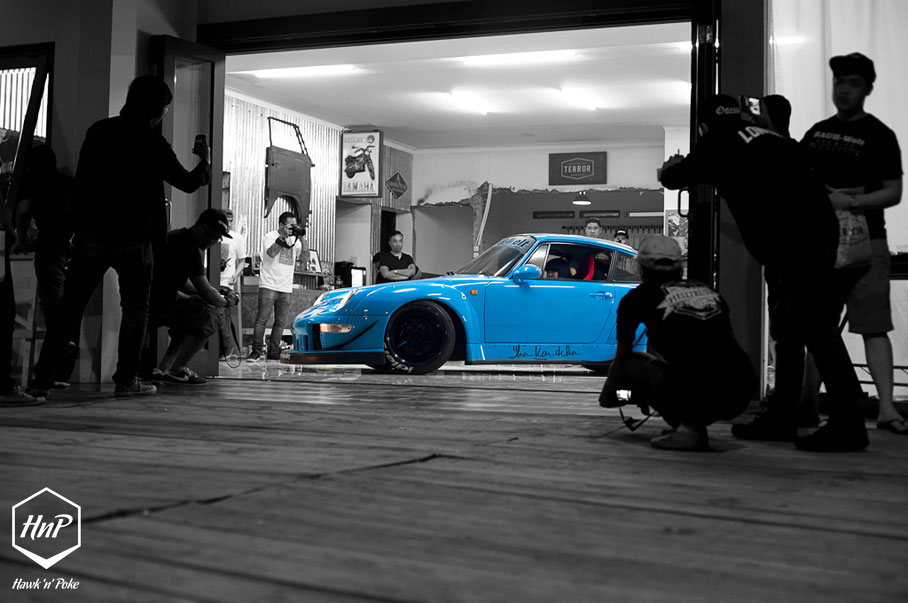 Overall, an RWB build is definitely more than just about the car. It’s a culture, it’s a network that Nakai-san himself is building across the world. A network of enthusiasts aka RWB owners living the lives full of wild creativities and enjoyable rides. To which ever country the man is going to set his foot on and build an RWB, there’s definitely going to be a large number of press and documentations surrounding the build. Also exactly what has happened here in Indonesia, despite having already been the 13th country in which Nakai-san built an RWB. 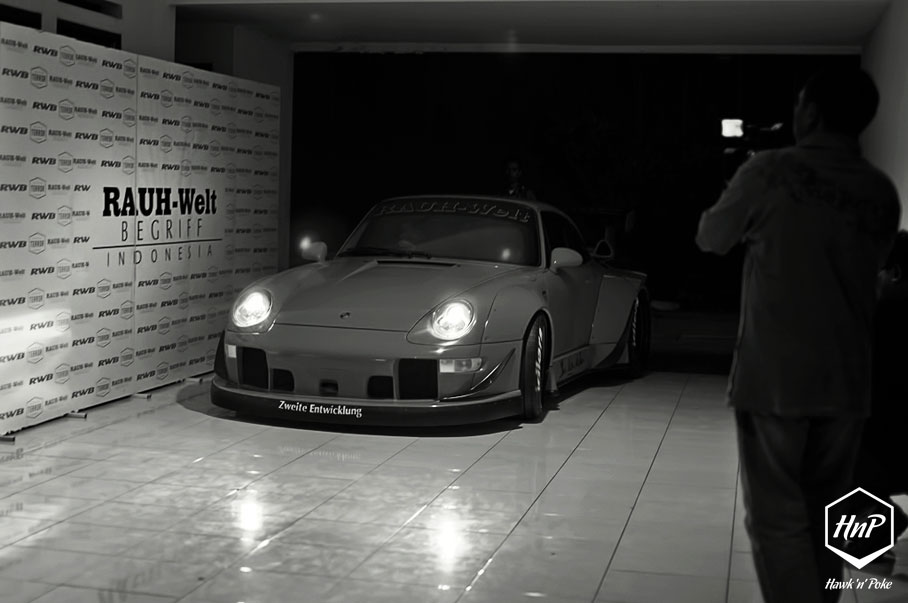 So. For more than fifteen years Nakai-san has been building RWB’s, yet it wasn’t until these past few years that he’s becoming world-famous. Why? I for one believe that the internet is definitely a part of the game. With articles from Speedhunters, Porsche forums, and Fatlace showcasing RWB’s starting in the early 2008, they have surely spurred an online phenomenon to which these Japanese creations have been revealed to the world.