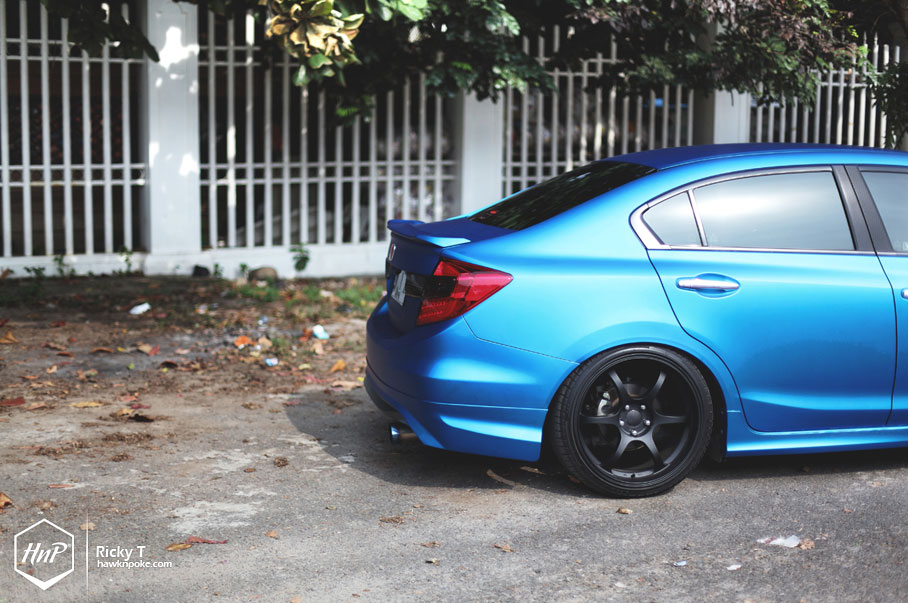 I could never get tired observing Honda’s generations, especially when it comes to the Honda Civic. Started its life as a practical compact sedan, with subtly sporty looks and huge potential for mods, the Civic often ends up as one of the most preferred base for project cars. Even Honda itself is producing Type R and RR versions on top of the highly customizable platform. These days, whether it’d be aggressively stanced, time-attacked, aired-out, or drag-raced, we’ve seen plenty of great builds built upon the Civic, and this Palembang-bound turbo sedan is also surely on its way to becoming one of those! 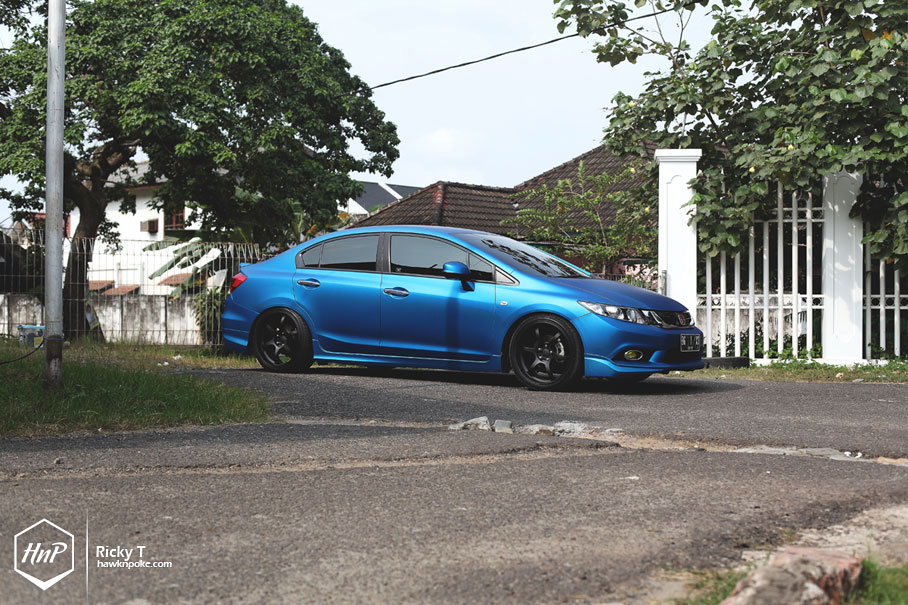 This 9th-generation Civic in today’s article is owned by Shandy. Having previously built the Boosted Toyota Camry on BC Forged posted on our site, Shandy decided to try something new by moving on to a smaller platform through this Honda build. Without much hesitation he tuned it immediately with bolt-on Zage turbo kit and strengthened pistons and con rods. The infamous high pitched sound of HKS blow off has been installed too. 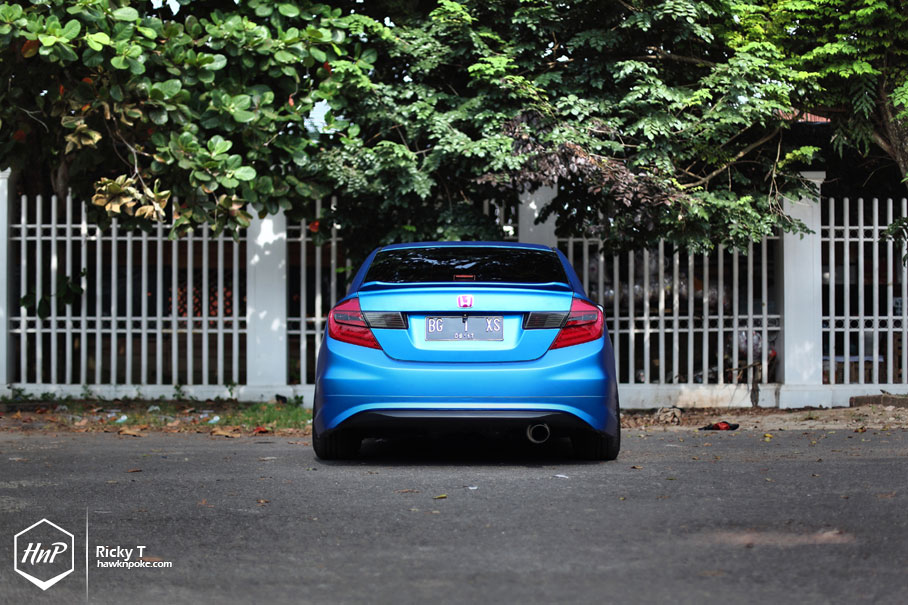 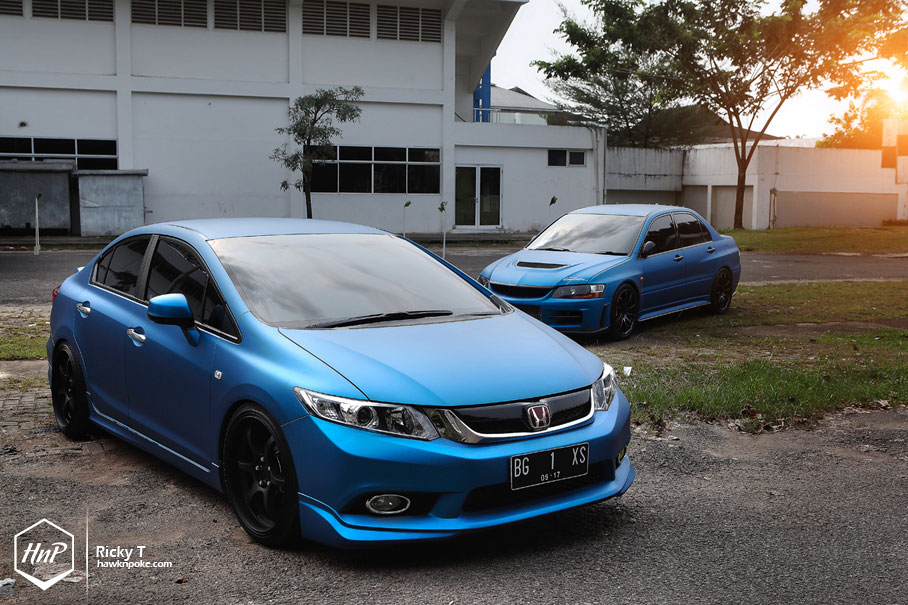 Shandy is living his passion and love towards car modifications by opening a workshop called Remaja Motor in Palembang, which supplies aftermarket car accessories and parts. This particular Civic has spent a year in his ownership. Throughout that period Shandy has installed a plethora of mods both interior- and exterior-wise. From Modulo add-on bodykit to carbon fiber panels in the interior. 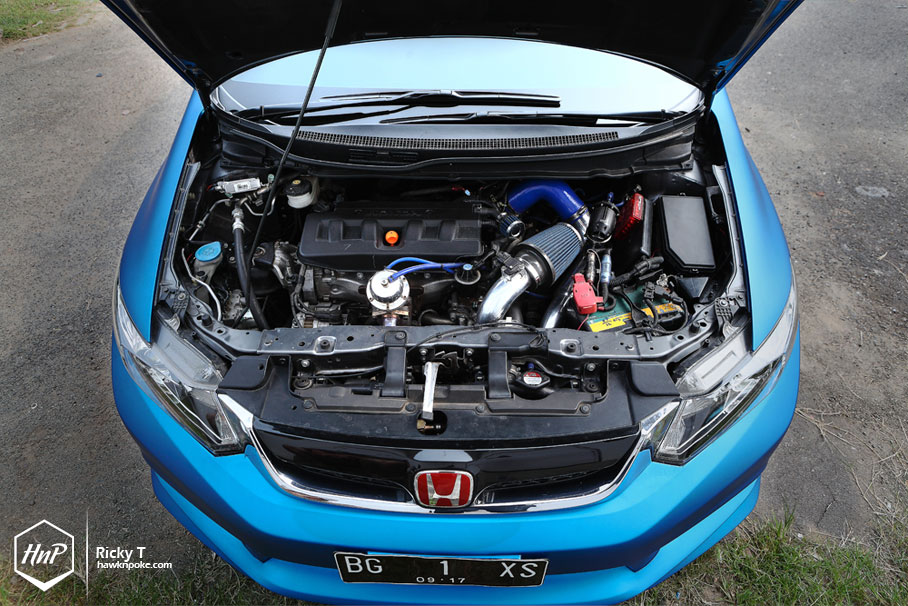 Despite having already owned a workshop in Palembang, building this Civic still proves to be an interesting challenge for Shandy. The interior panels, for example, has to be sent to Jakarta to be carbonized. The process itself took nearly two months (due to the Hari Raya holiday we had end of last year). That means driving around for two months without interior panels! 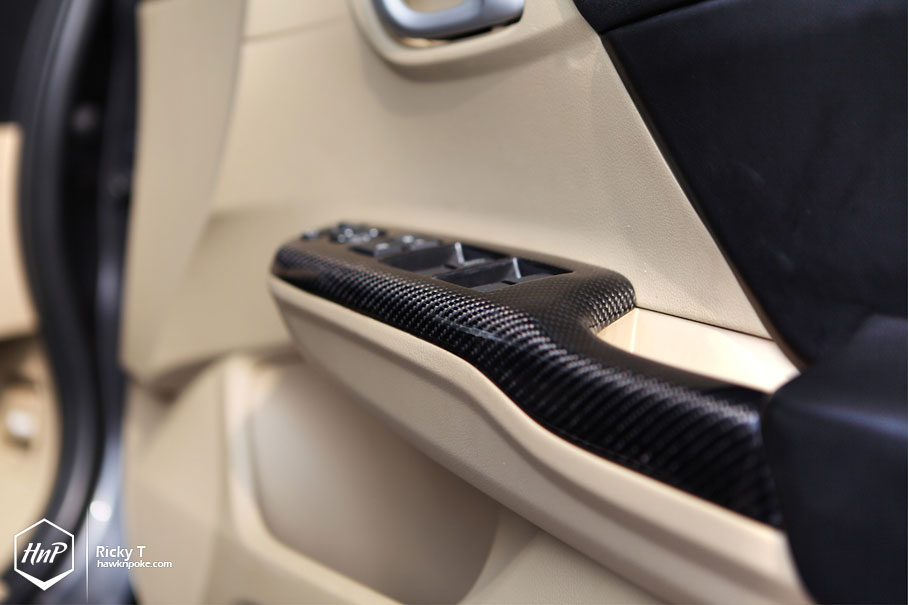 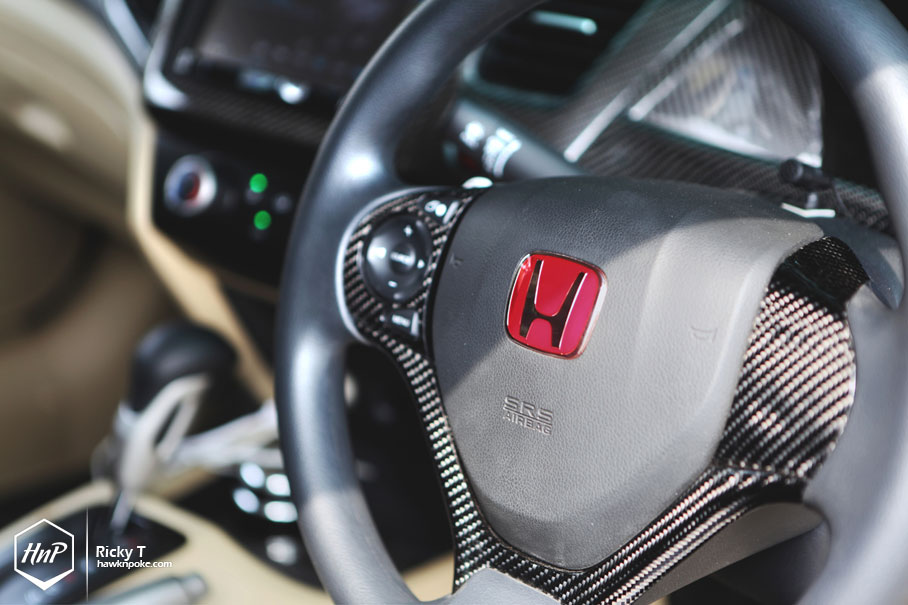 Wheels-wise Shandy hasn’t actually decided on the final wheel that’s going to be installed on the Civic. He’s waiting for the big brake kit to arrive. Once they’ve been installed, he could then properly size the right dimensions for his final set of wheels. Nevertheless, he’s running these gorgeous Advan RG for the time being, coupled with the right amount of drop through the Tein springs. 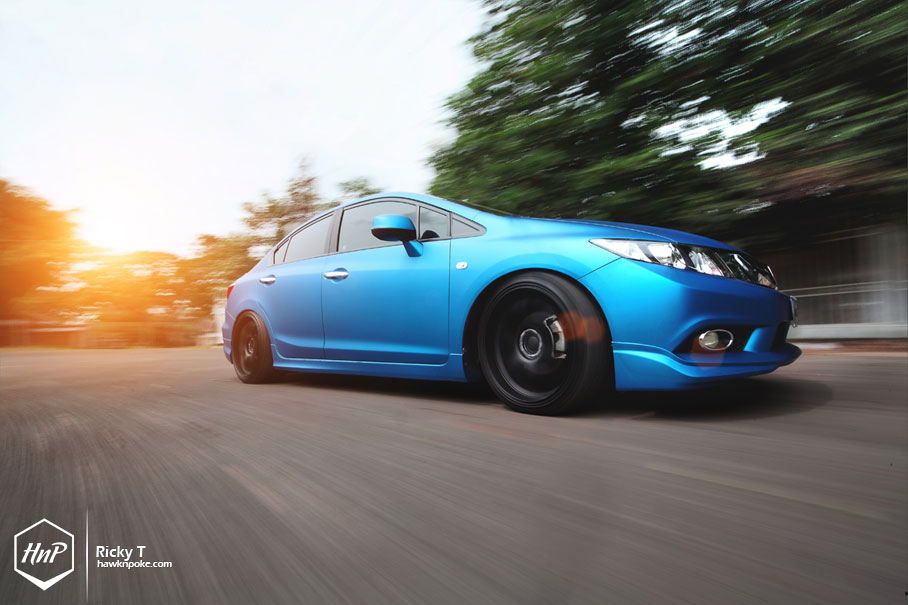 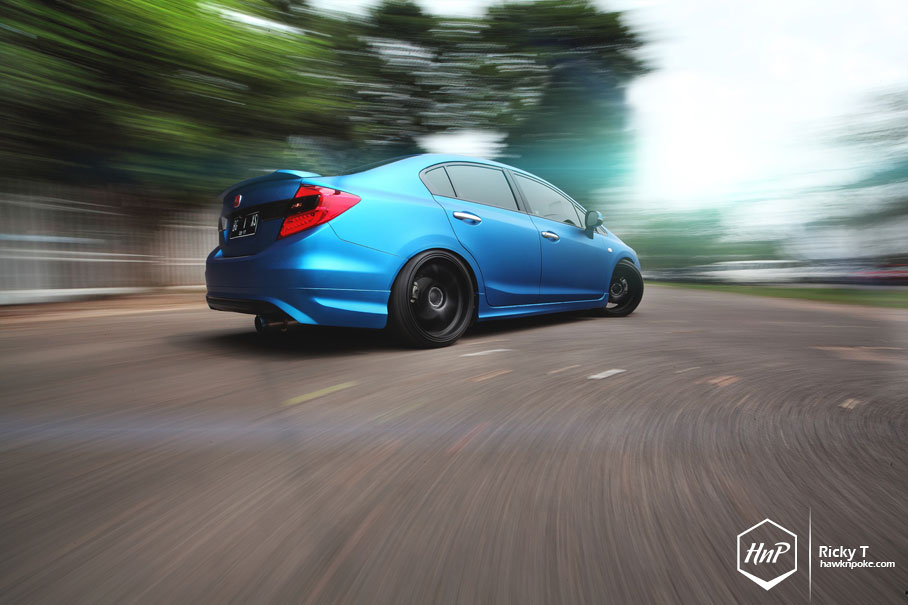 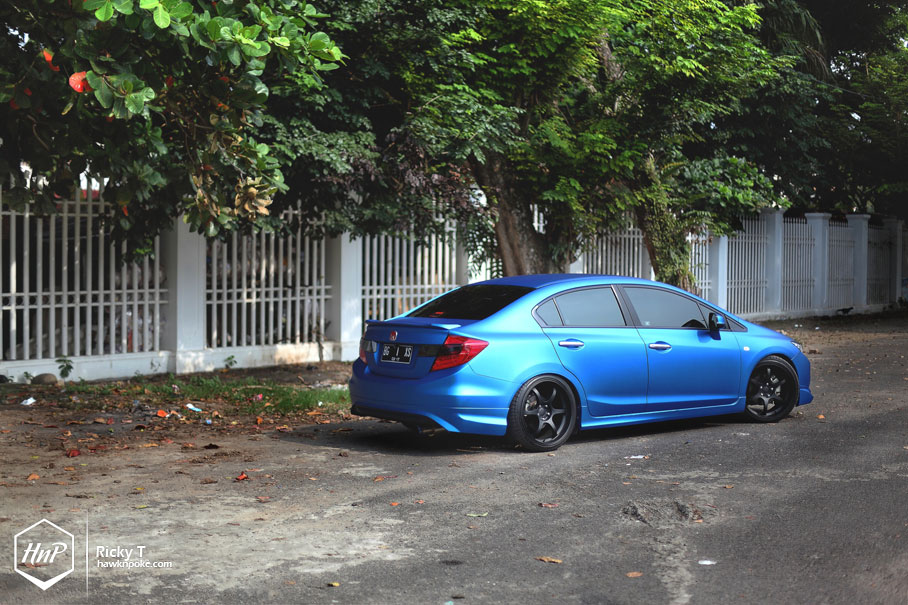 There are still more parts to be installed! A long list to go for Shandy’s daily driven ride. Don’t forget to also check out his previous cars and Palembang cars that have been featured at Hawk’n’Poke!