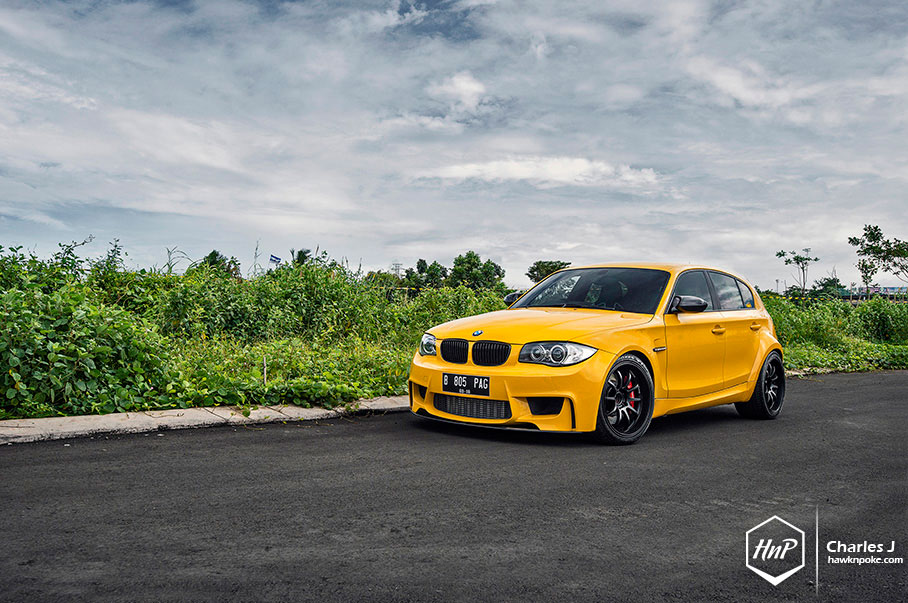 Started as a hobby and yet becoming a business? What could’ve been better than that? I personally started venturing into photography as a hobby, yet ended up becoming a part-time automotive photographer at the moment. A story that’s also happening to other HnP crews. Same thing has also occurred to Posma, owner of today’s outrageous 1M; his passion for BMW’s has lured him into opening a speedshop at Eastern Jakarta. His shop is called PAG (Privat Auto Garage), specialized in the areas of restorations, engine swaps, and routine maintenances. Occasionally PAG team also competes in local races, relying mostly on BMW race cars of course. 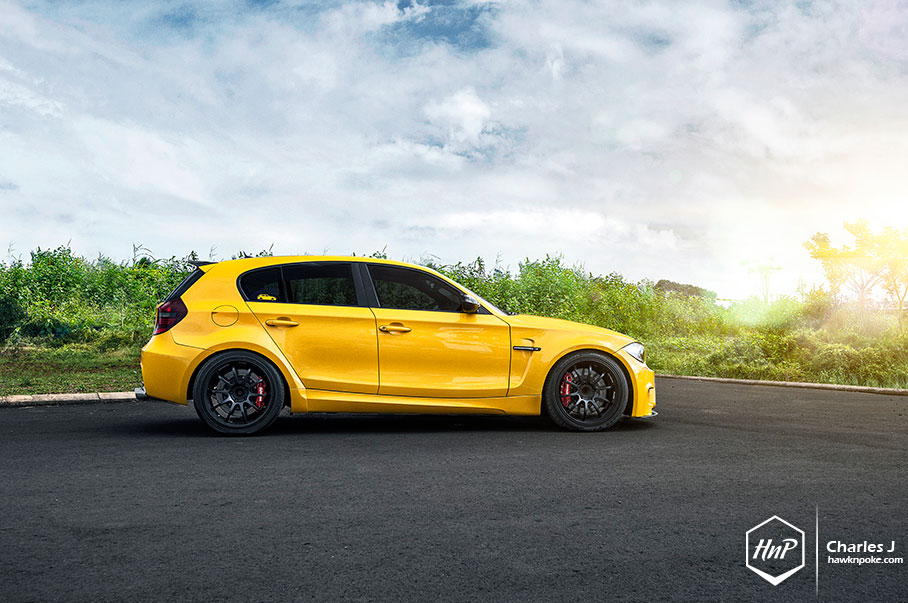 So what I have here is Posma’s pride: a small family car with 2-litre engine that has been fully converted into a N54 1M hatchback. Hold on for a second, is there really a 1M hatchback being produced by BMW? No! This is exactly why Posma chose the platform; so that he can build something truly unique and fresh to represent his shop – the 1M hatchback. God that sounds awesome “1M hatchback”. 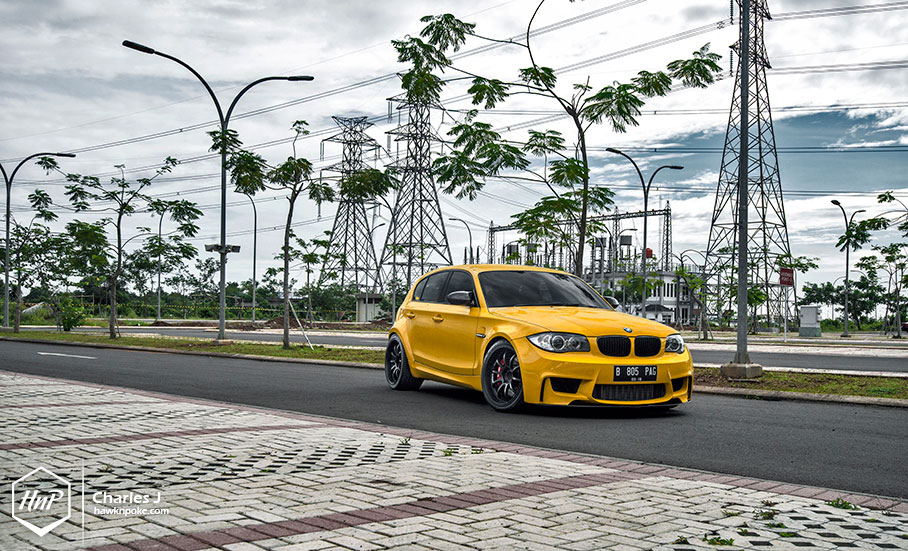 “Well I was going to build this car as a race car initially but due to race regulations that prohibited these engine specs to compete in the race, I simply decided to finish the car as my daily ride instead. I bought the car in 2012 and I built it right away,” said Posma. 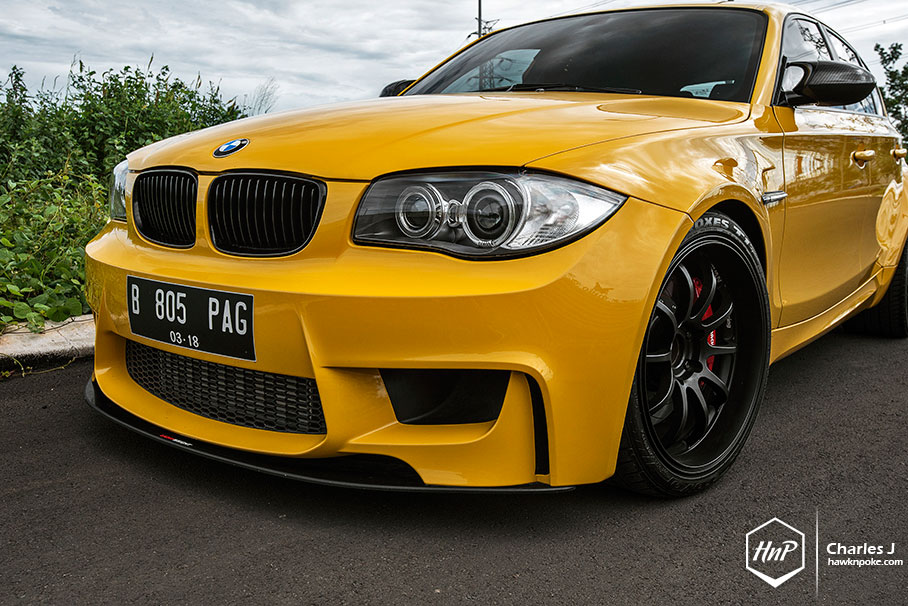 Turns out he’s liking it a lot and it’s been his daily driven car for a while now, unless somebody comes up with an unrefusable offer to take this pocket rocket off his hands.
It took him only 6 months to complete the whole project, a rather short time considering the major aesthetics and engine works. But then again, he’s had years of experience restoring E3, E30 M3, and 2002 series. Be sure to check out his Laguna Seca E36 M3 featured previously on our site: link. 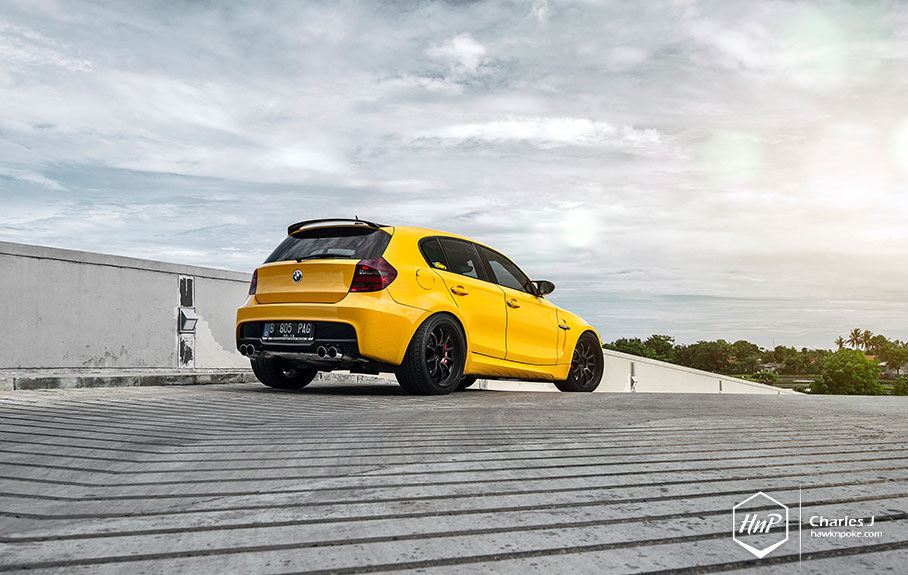 On the exterior, Posma installed a set of original 1M bodyparts, starting from the front fascia to the mid-sections. He also chose black 19″ Advan RS-D wheels to complement the Atacama yellow body color. A great race-themed contrast of black and yellow! 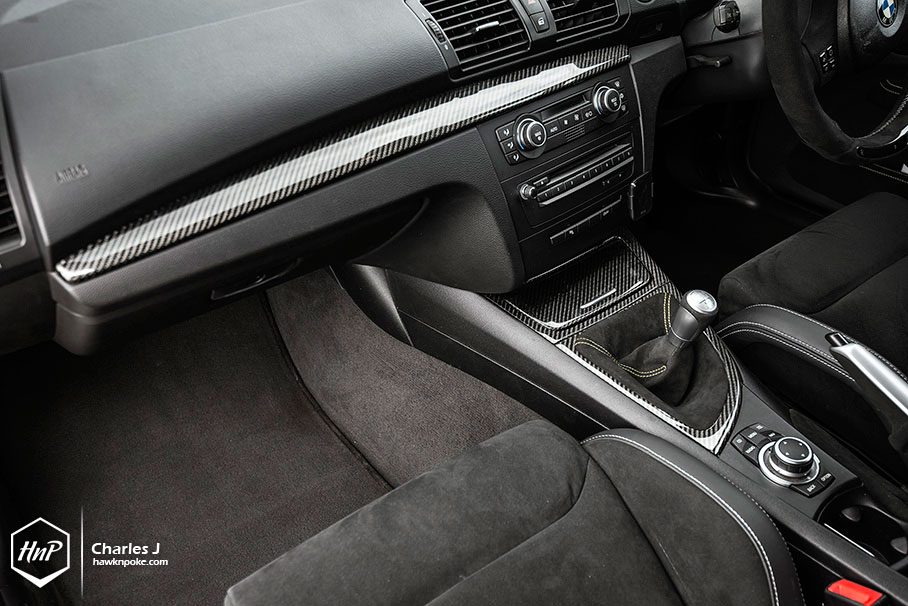 Interior was done right with plenty of carbon fibre parts and BMW Performance jewels such as the V2 Steering wheel – the most intriguing steering wheel of all time for Bimmer fans in my opinion. Finished with a pair of BMW performance seats, the interior is as mouth-watering as the exterior 1M conversion. Oh and he has also retrofitted CIC and iDrive unit into the system! 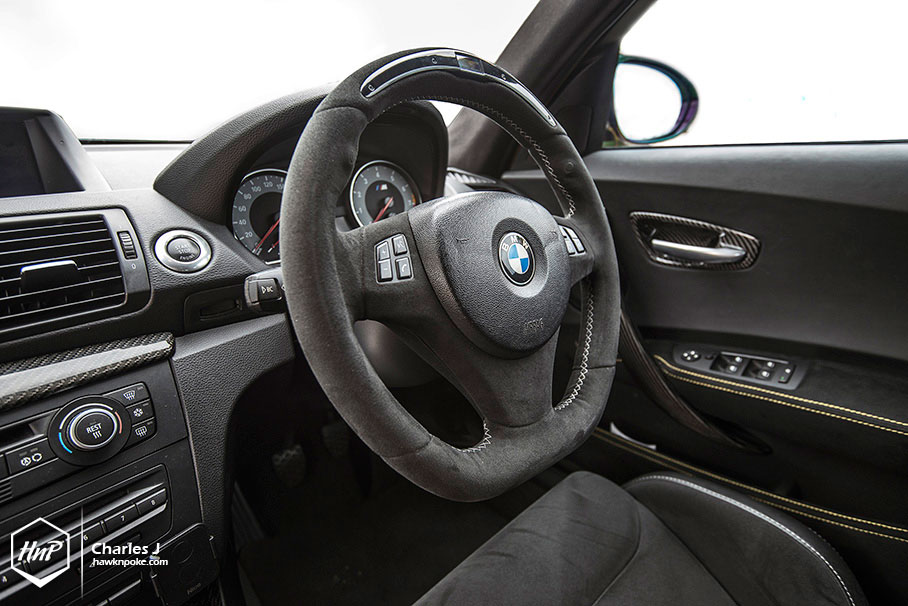 Inside the engine bay, Posma decided to replace the 2-litre with N54’s twin charged setup, which was then further upgraded to the RB Turbo setup and complimented by a Cobb tune. Active Autowerke BOV and Charge pipe kit were also installed, giving the great turbo spools and blow off sounds that he hasn’t heard too often, considering that this is his first turbo build. Quad Eisenmann Exhaust were also installed along with AR design downpipes to further enhance the driving experience. 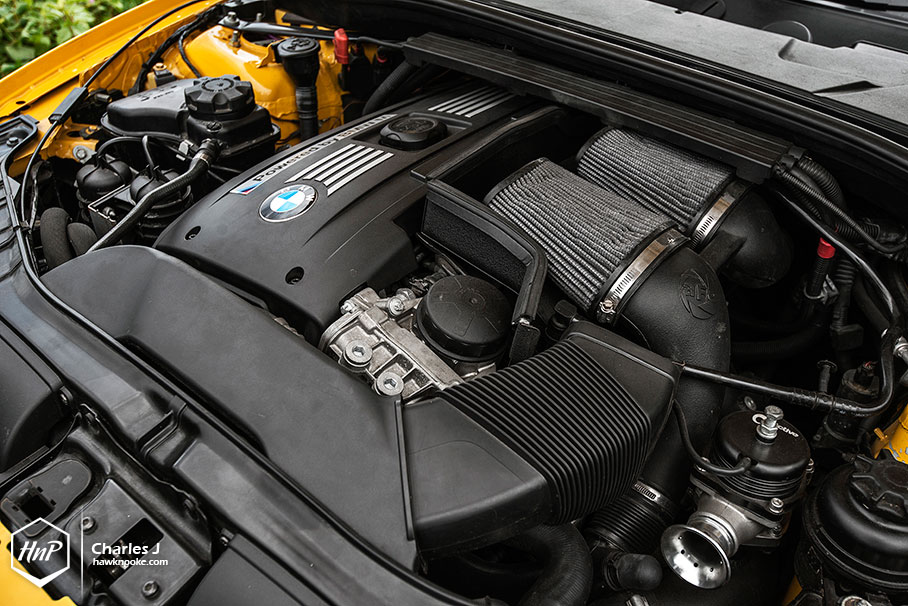 An outstanding piece of machinery isn’t it? We then asked Posma his success secrets in carrying such a staggering build under such a short period of time. “Always think ahead and try to set a goal of what you want to accomplish with the car. From there you should do a lot research for the required parts, which then leads to your budgeting. The rest is time management,” Posma said.