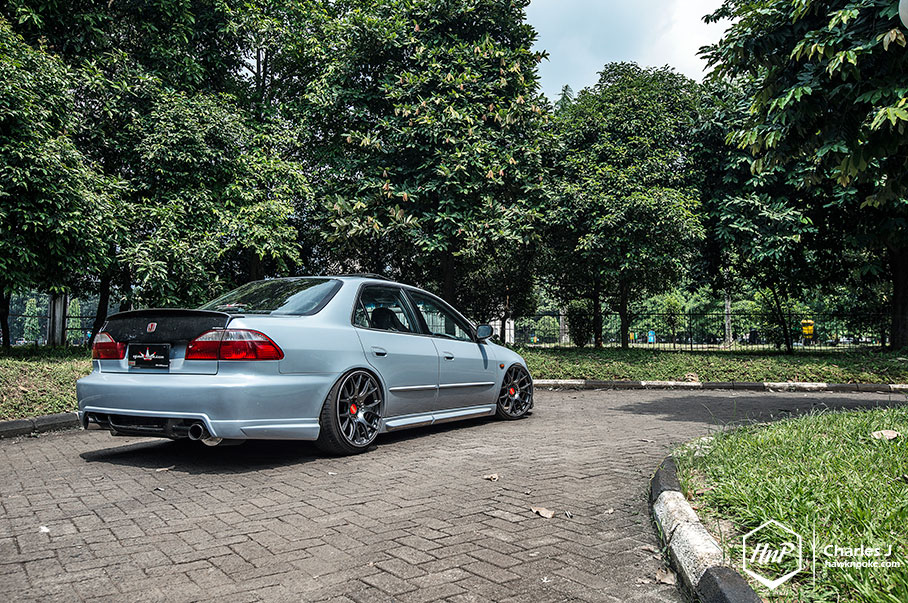 Show Off // Arief’s Accord on BBS

Every once in a while I’d come across some uniquely memorable cars at car meets. Throughout the year 2013, one of those cars is Arief’s Accord on BBS. I first spotted this ride at the GENESIS pre-registration meet, at Senayan. It’s bluish off-white color was the first to attract my attention, followed by the aggressively fitted BBS wheels. Japanese midsize sedan meets Euro’s most popular wheel of choice. A combination I haven’t seen too often. The icing on top is the custom bodywork that has also been done so beautifully that it almost looks like a production-ready aftermarket body kit. 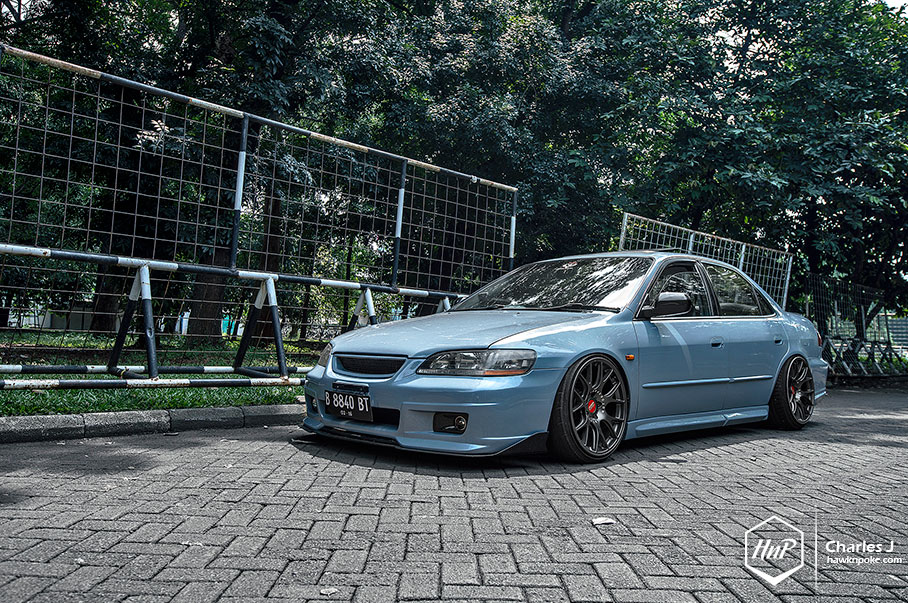 Arief admitted his strong dedication in building a streetracing-look car that’s sporting an aggressive stance at the same time. Most people overseas would’ve chosen a Subaru or Evo for such purposes, but Arief took the road less traveled instead and bought this Honda Accord – a platform that’s most often found wearing VIP-style bodykits. Arief’s vision proved to be a real-life show stopper as the Accord was starting to form its shape. It’s Police Xyrallic White paint, the carbon trims, the Bride seats, all added up to the street racing look he’s always been after. When it comes to the wheels of choice, he opted for the concave BBS CH-R, with rear width of 10.5″ and tires tucked just the right amount into the fenders. 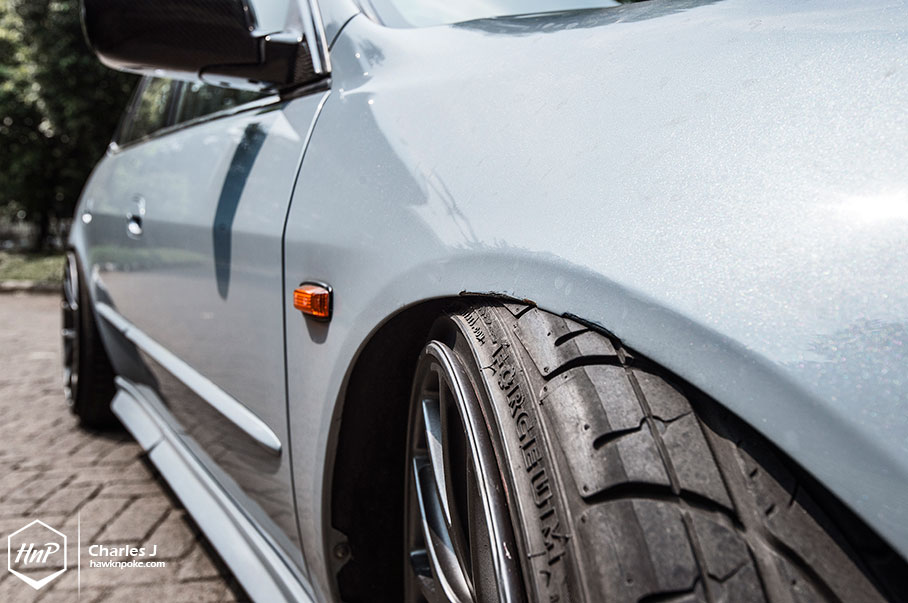 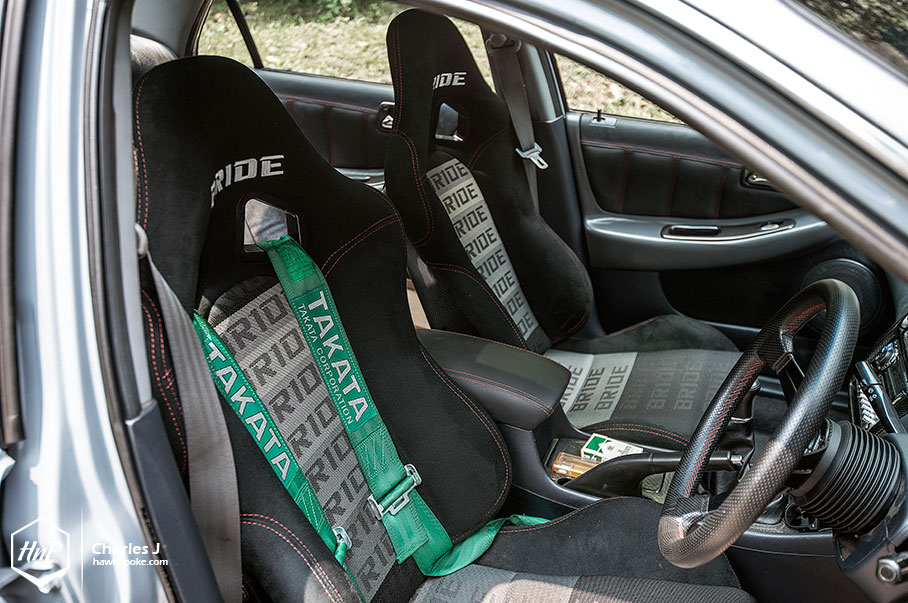