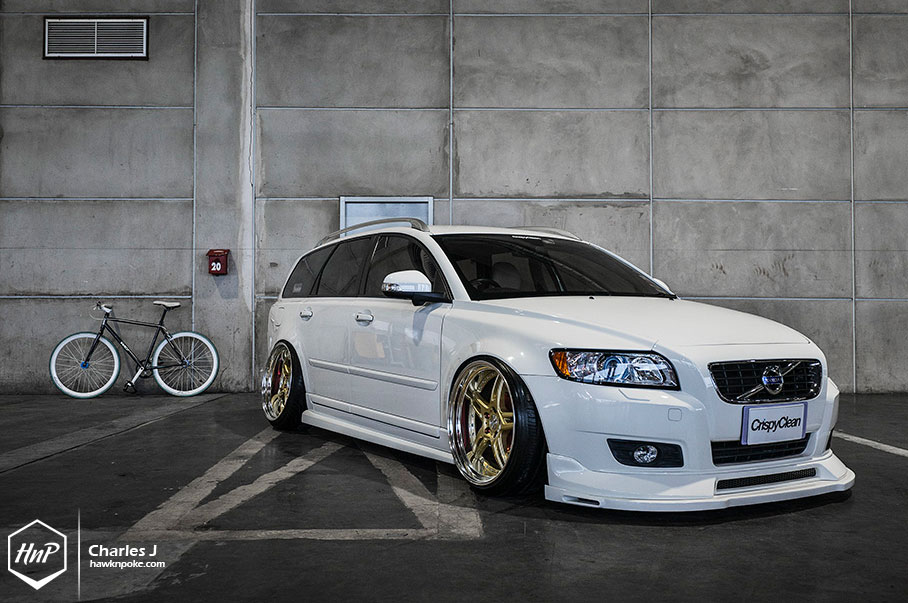 While we were visiting the Bangkok International Auto Salon 2013 last month, we scheduled our trip so that we arrived on the same day that Flush Style was holding their Meeting #15. It was Sunday June 23rd. Undoubtedly the largest ‘aggressive fitment’ community in Thailand, Flush Style has grown rapidly from its 2011’s humble beginning. With regular meets and shows filled by hundreds of impressive rides, it’s clear that the FS crews have successfully brought the Thailand fitment-scene to life. Enjoy our coverage of their Meeting #15! 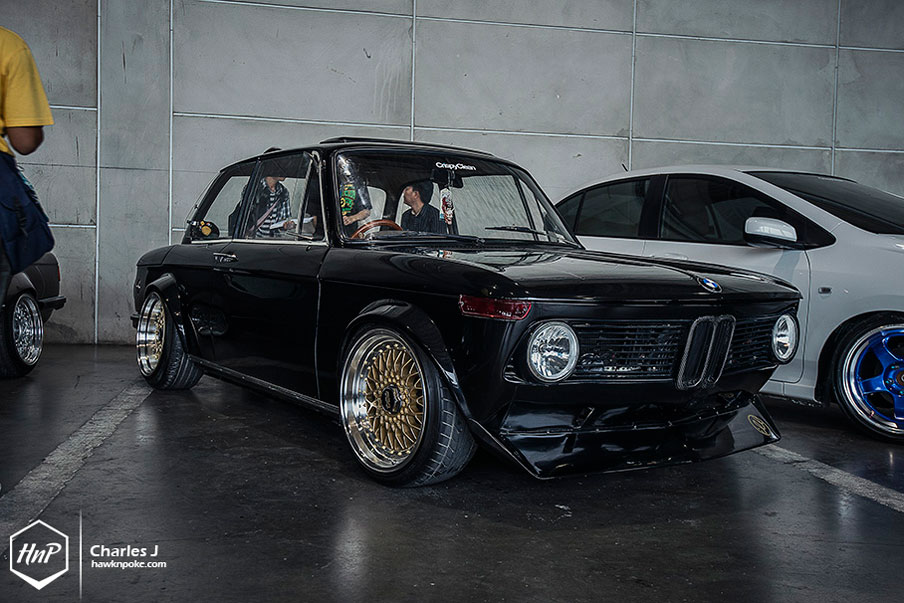 Fitted E30’s are common sights here in Indonesia. But never before have I seen such nicely ‘stanced’ 2002 on our land. 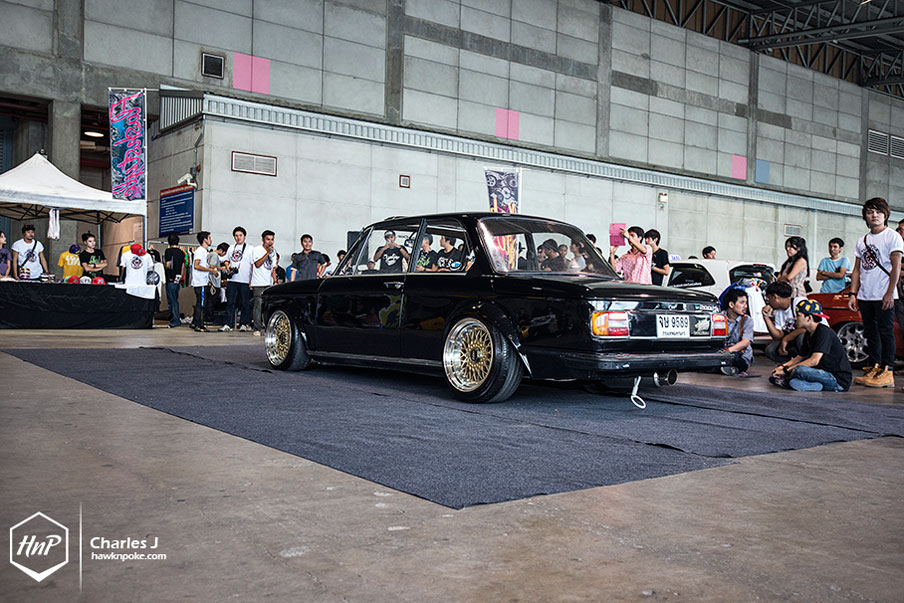 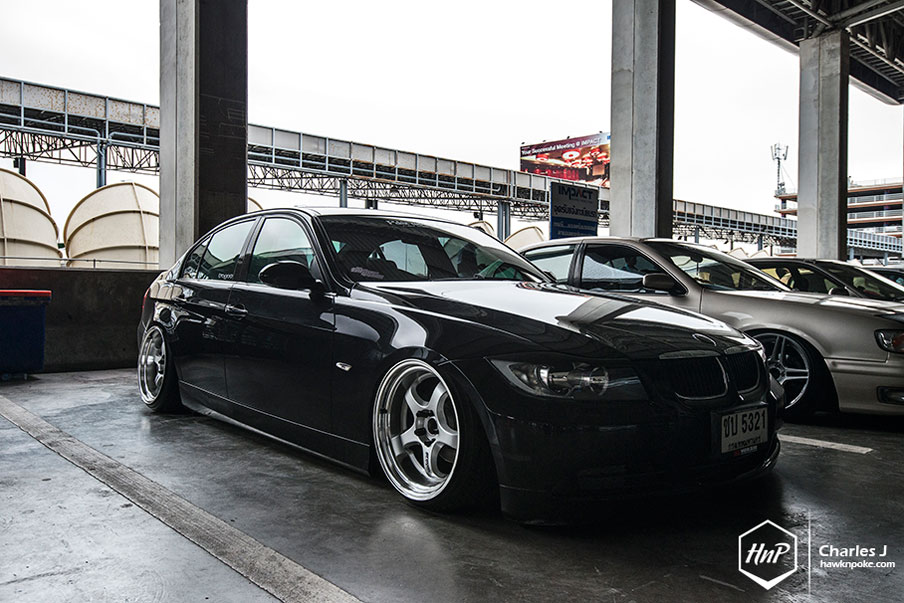 E90 on air! Might not be everyone’s cup of tea but it’s surely a refreshing treat. 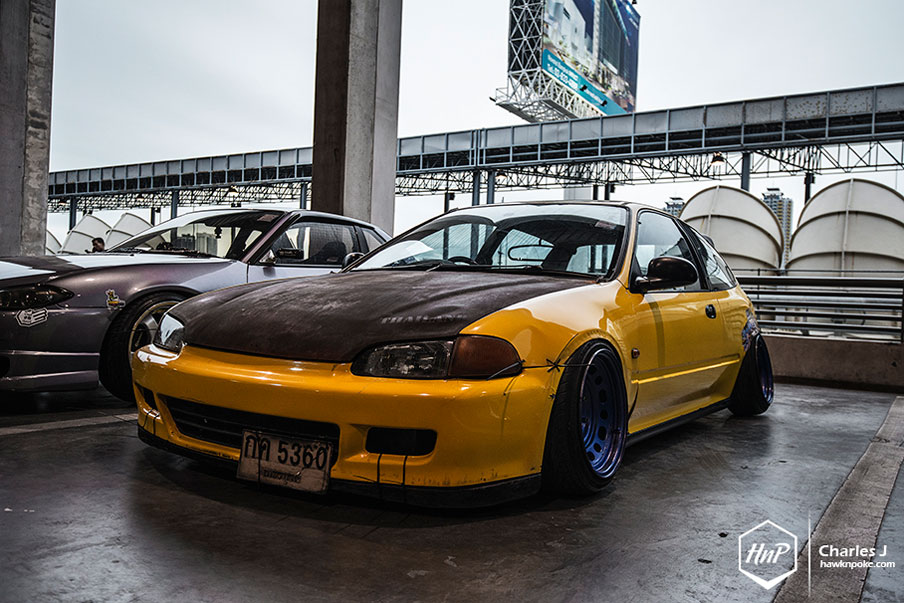 From super clean Euros to beaten, daily driven rides, a wide variety of participants were there at the meet… 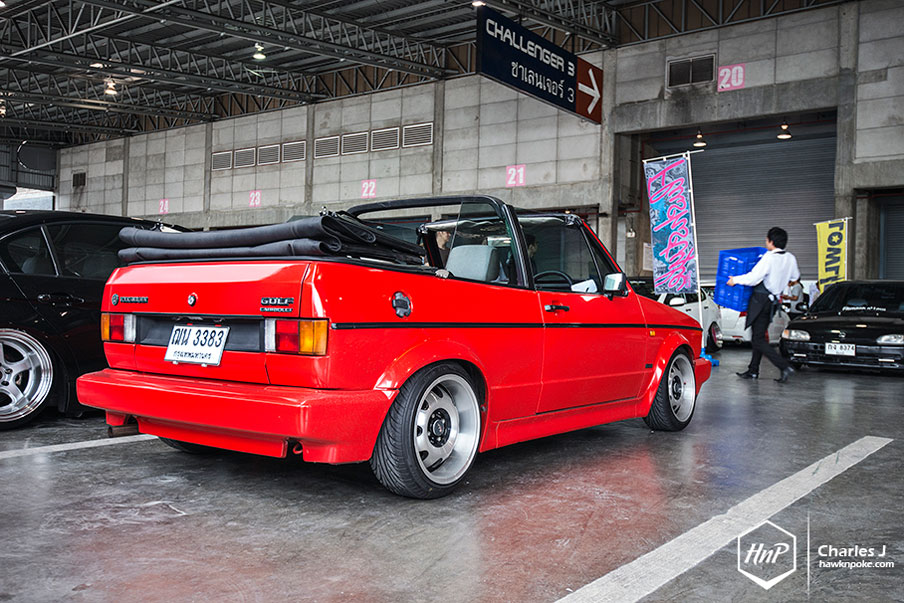 …including a soft top Golf cabriolet MK1! Another first-time-in-person sight. 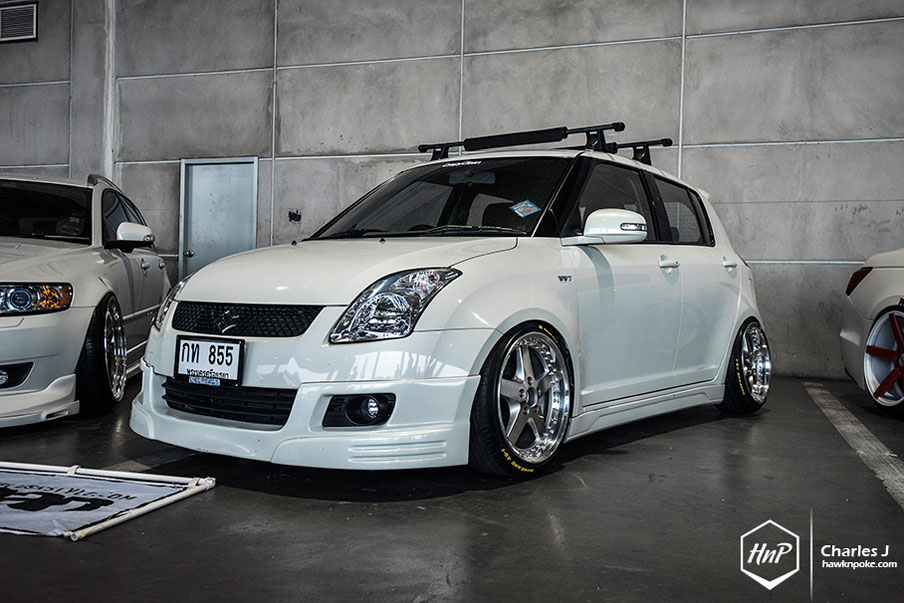 Here’s an inspiration to Indonesian Swift owners out there. Seems like the camber amount is spot-on on this one. 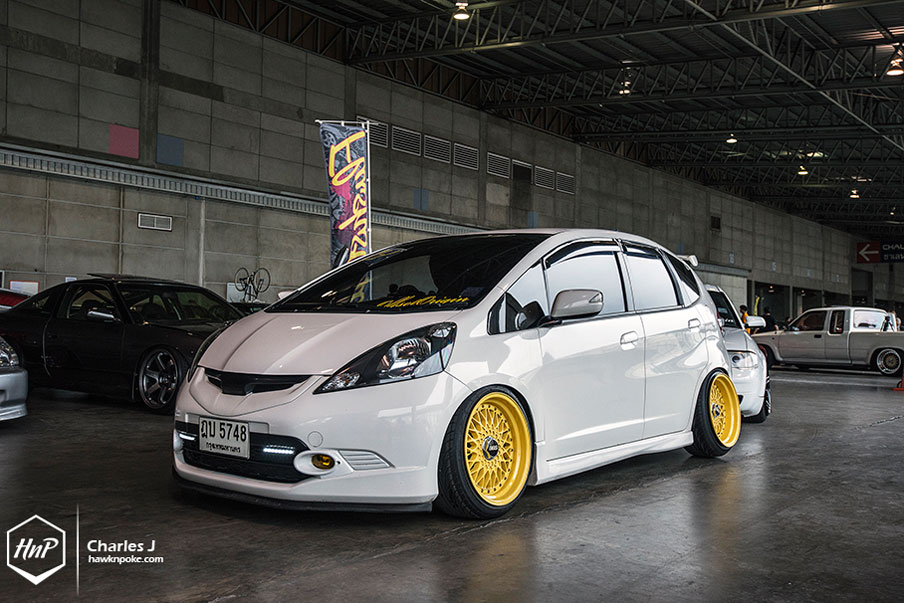 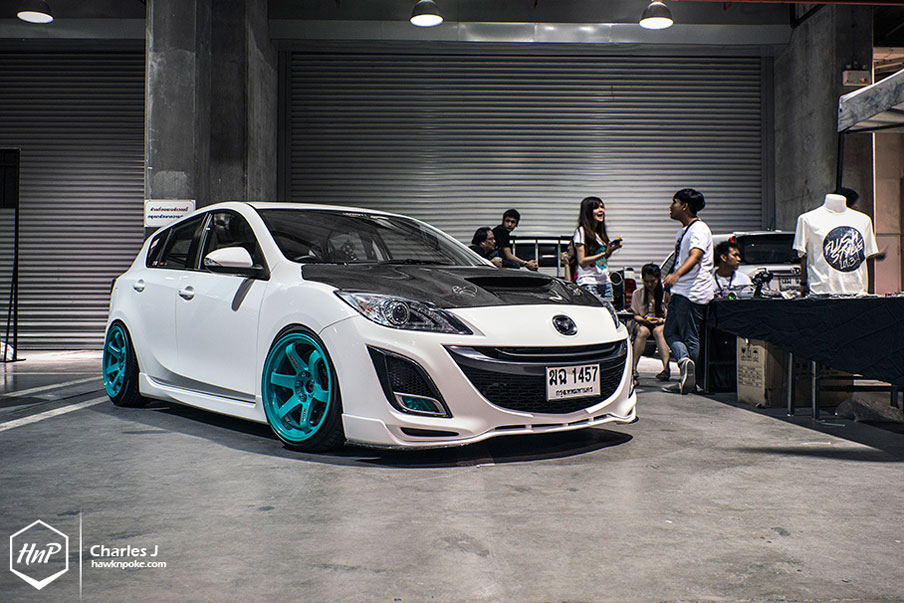 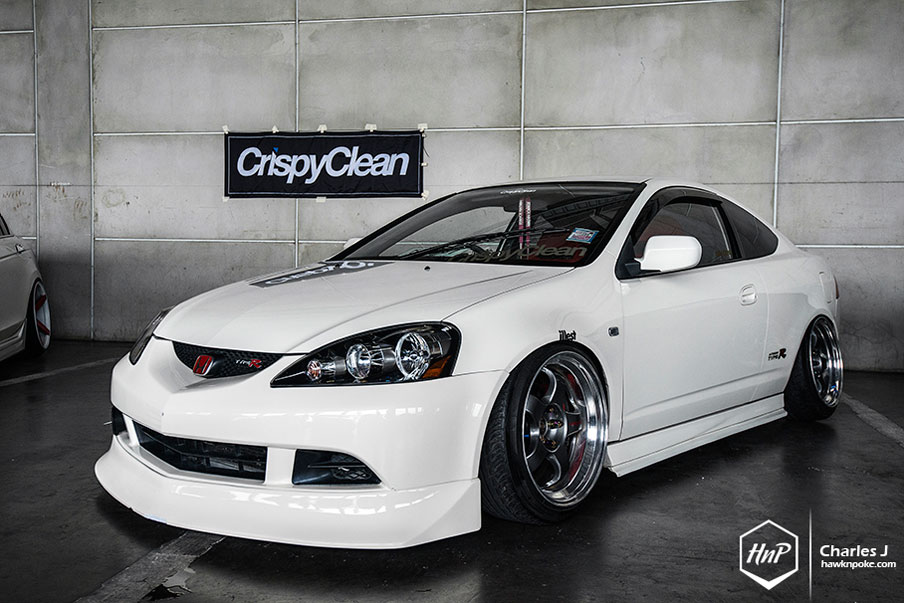 Thailand roads are much nicer than Indonesia’s, giving larger opportunities for stance lovers to lower their cars. Here’s a ‘stanced out’ Integra that we might never get to see on our land. 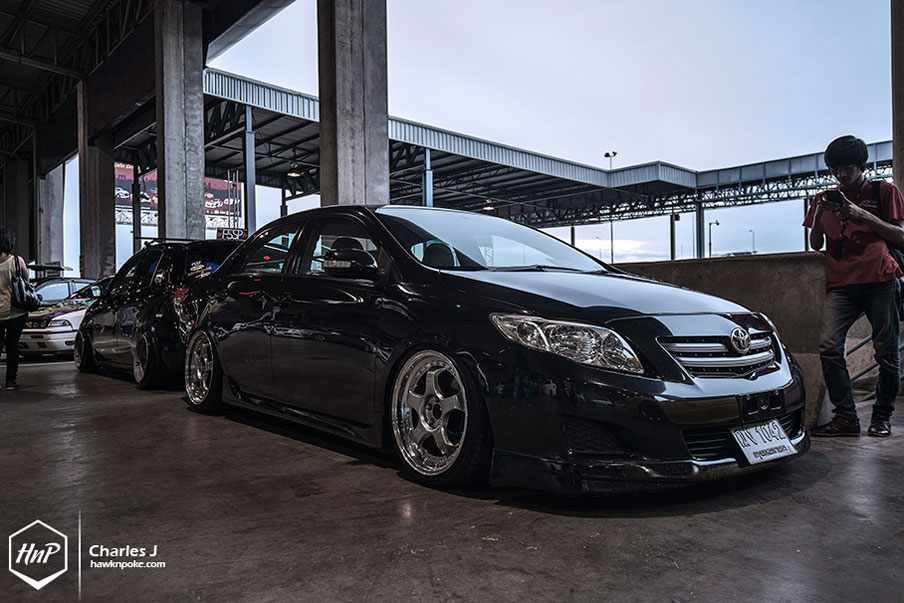 I think Thailand is sharing a similar popular-cars-rank with Indonesia. With Toyota’s and Honda’s being the most popular modified platform. 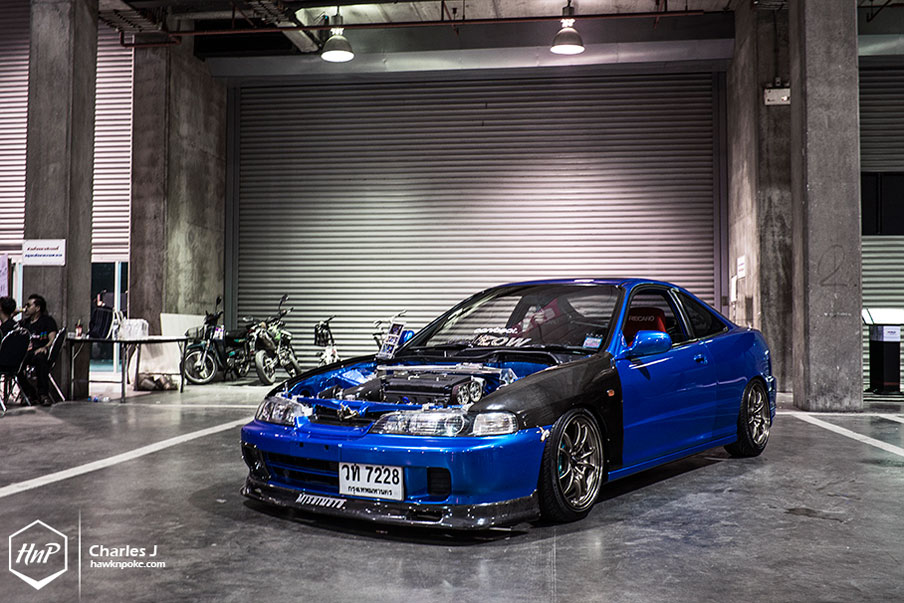 Though one thing is certainly different: Thailand has a much larger population of 90s Japanese coupes. From Integra’s… 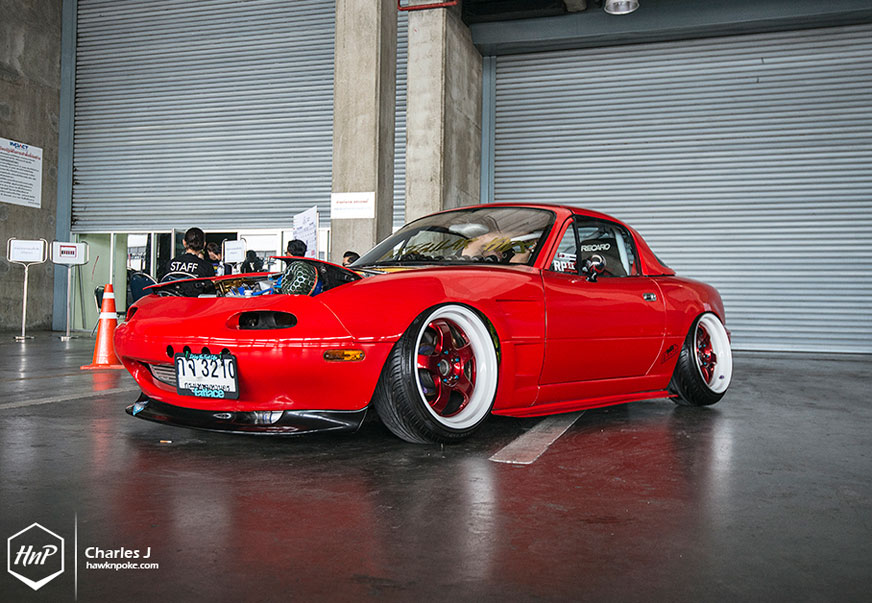 …to Miata’s. Which means that a larger number of them are also being participated in the stance scene. 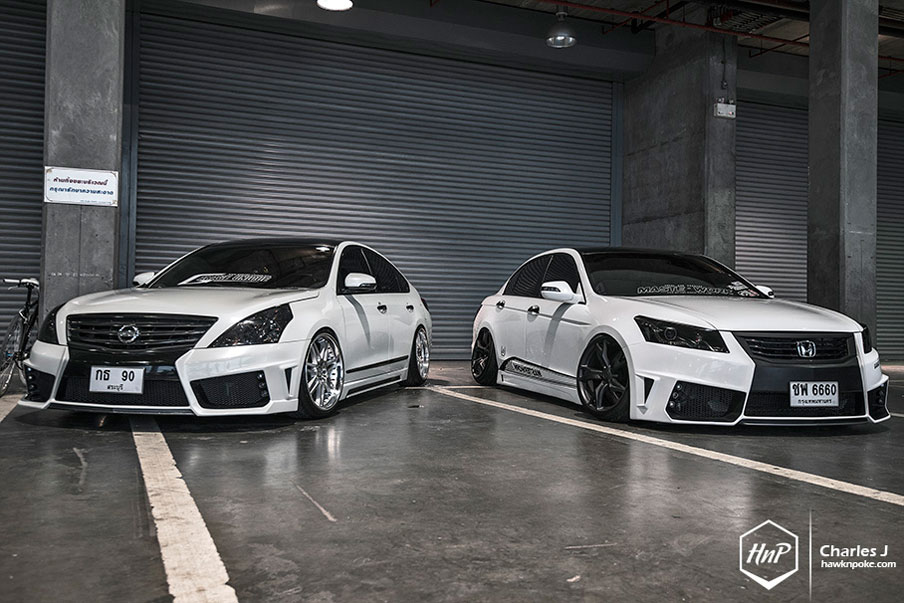 A very unique take on Japan’s two mid-size sedans. The Nissan Teana and Honda Accord. 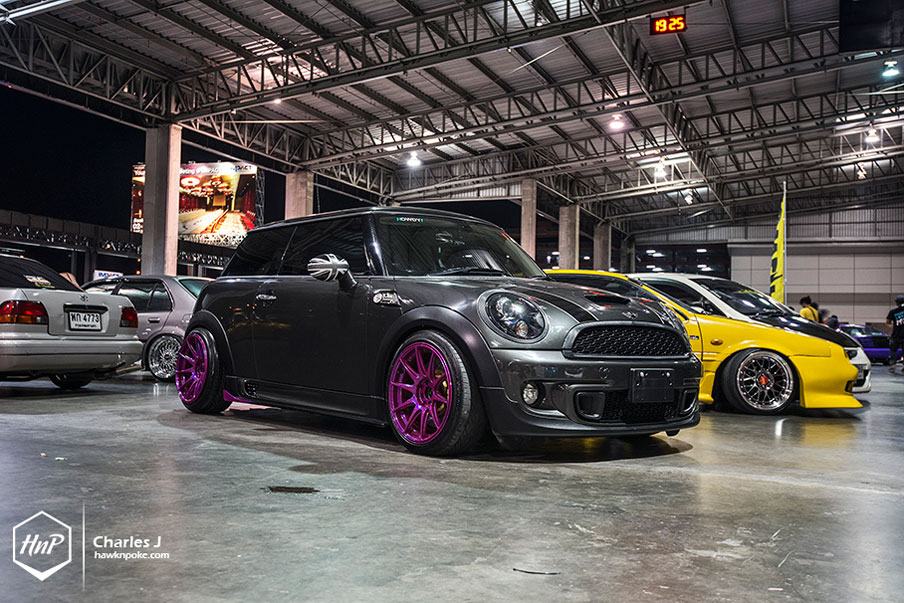 Have I told you that colored wheels are popular? These purple XXR’s are definite headturners. 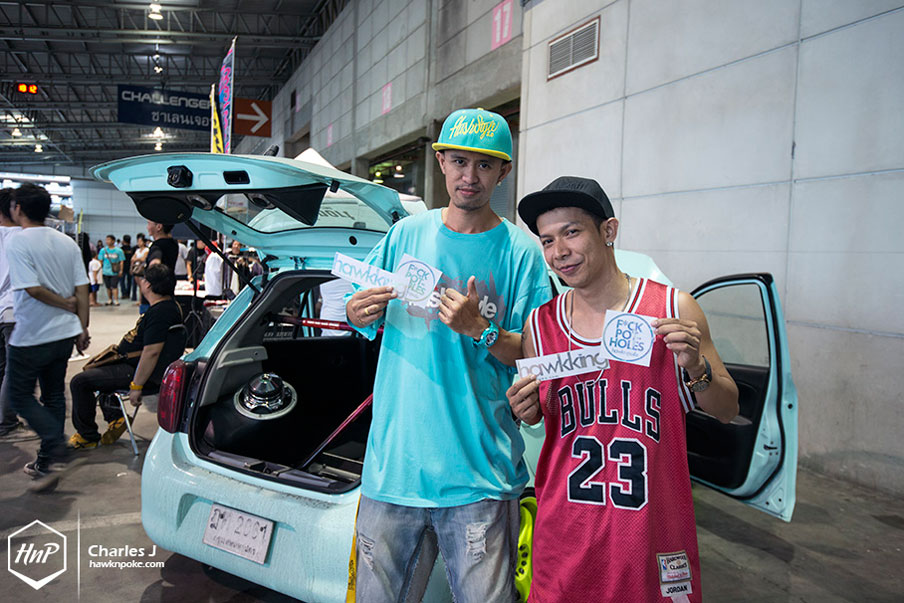 Of course we also took the time to giveaway plenty of our stickers! 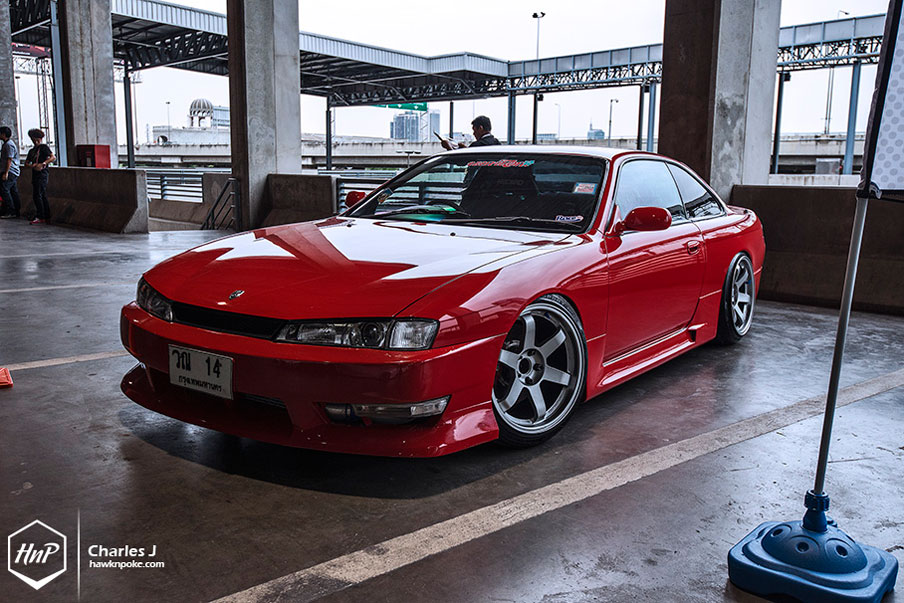 The Nissan Silvia is another platform that’s popular in Thailand but not so frequently found here in our home country. Our team got quite excited every time we saw one of these. 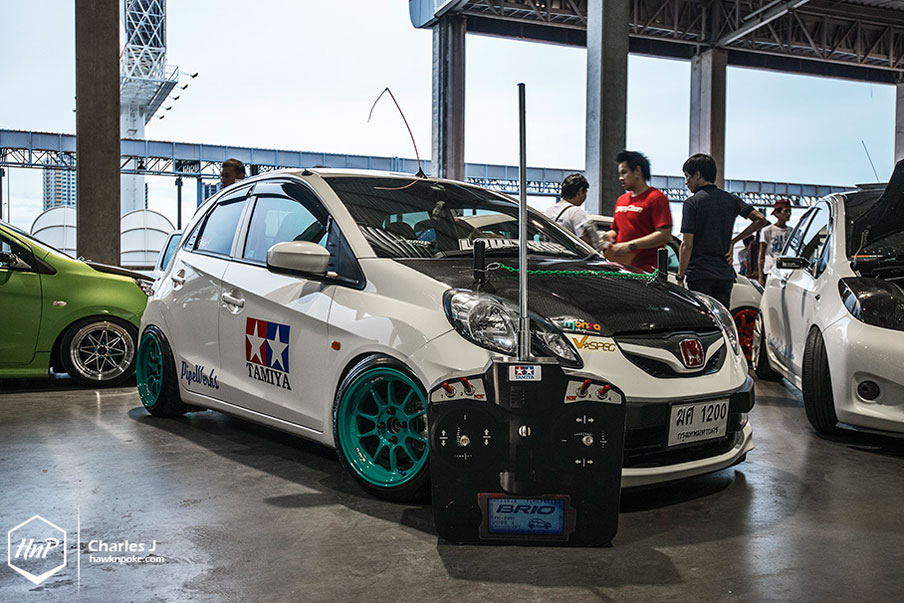 The Tamiya Brio. Modified to look like an RC car!
That’s all for part 1. We still have plenty more to share with you all. Hopefully we’ve managed to inspire you with those ideas from our neighboring country. Also huge thanks to the Flush Style crew for welcoming us to their meet.

Click play below to have a look at the video coverage.