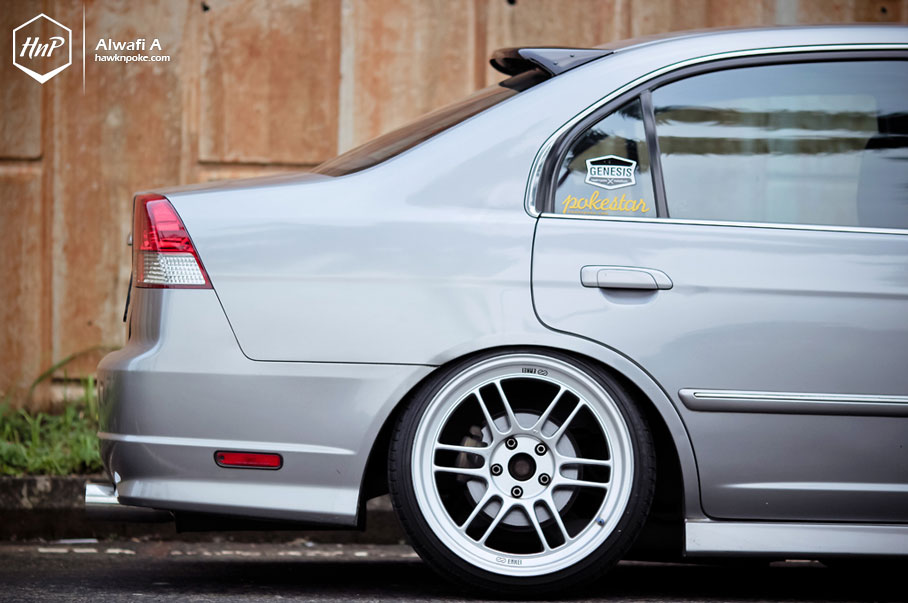 Here’s an update to Adhen’s Civic we posted months ago. He’s been through several sets of wheels, from the Leon Hardiritt, Sparco NT, MAE, iForged, Enkei NT-03 and now this Enkei RPF1. Born and inspired from the Formula 1 race series, Enkei RPF1’s are amongst the most popular Japanese wheels of choice. These motorsport-influenced characteristics have inspired Adhen to take a new approach at the footwork of his beloved Civic – Civic ES that has replaced the FD he used to own. That older-car-tradeoff on its own is a peculiar choice. Why? He simply liked the look of an aggressively fitted older Civic much better than the new one. With the new race-inspired stance the ES is now looking as nice as ever. 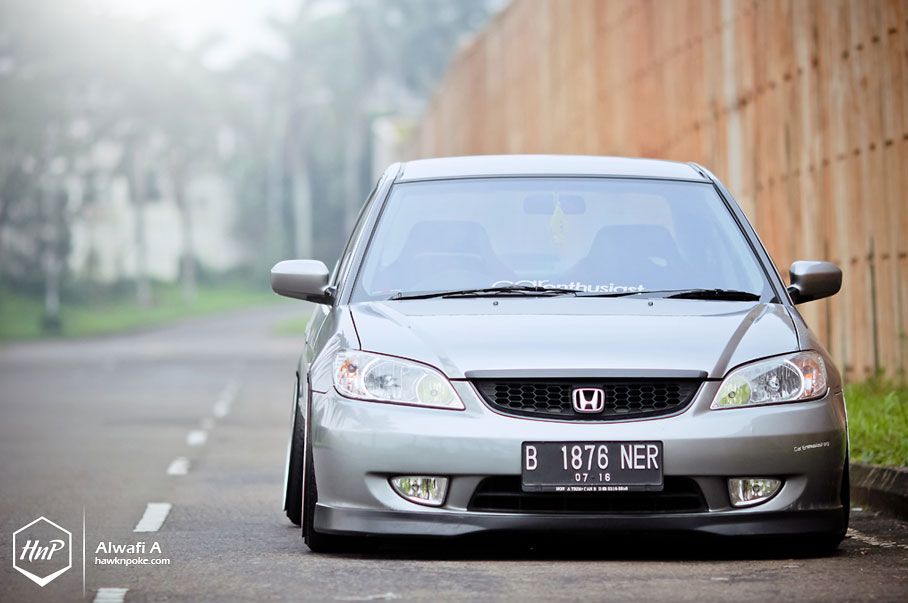 Static – with just enough camber for the wheel lips to kiss the ES’s fenders at times. 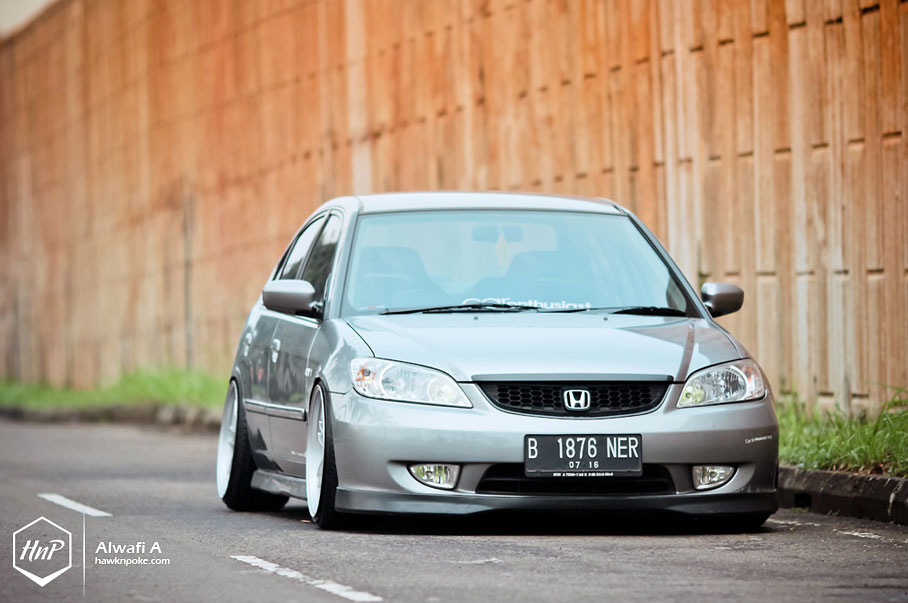 The front fenders have survived quite a few beatings by the wheels, especially due to the daily-driven state of the ride. Tires tucked right in, even at the front. 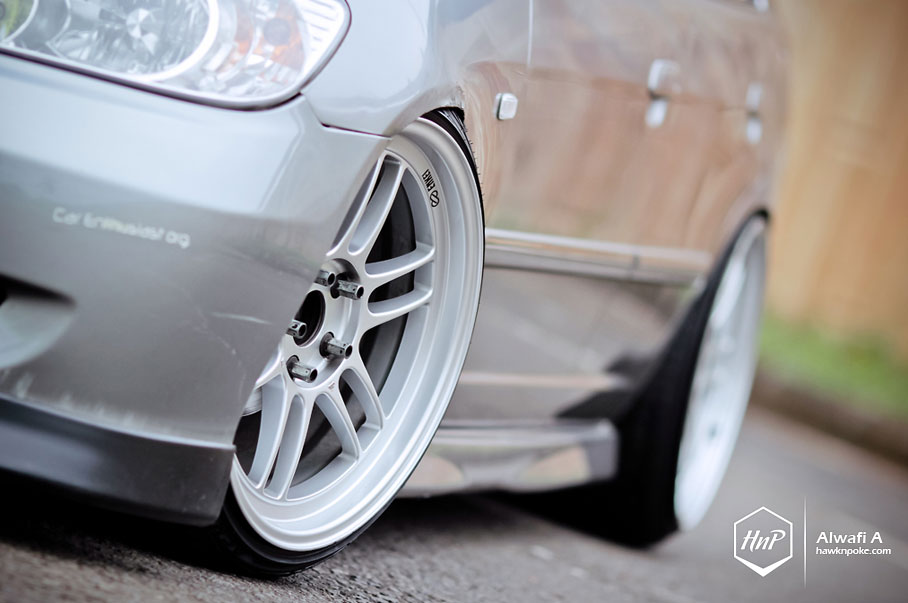 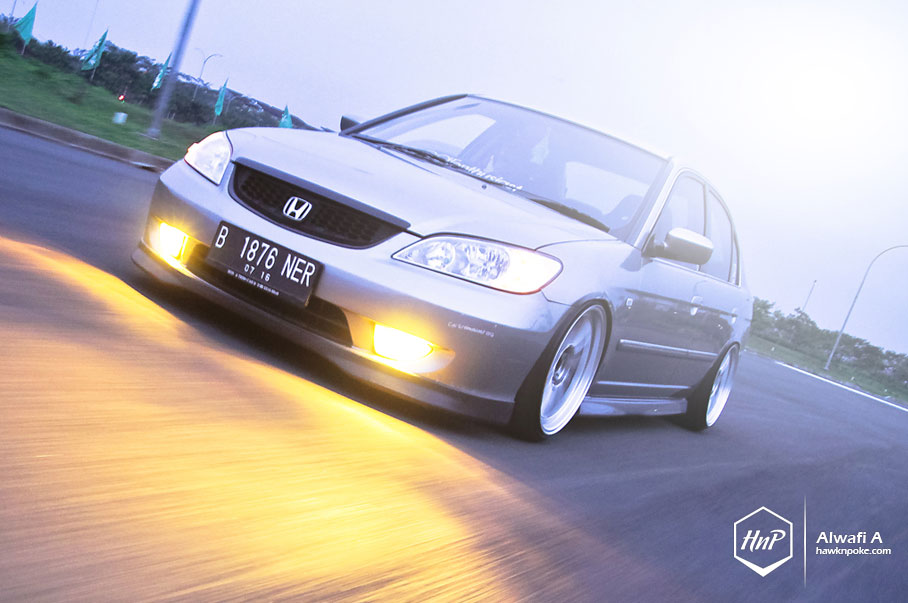